Hmm.. let me think how I’m going to talk about this particular (k-)car. When we’re cruising around the countryside in Japan theres a few things you notice right away. 1. How smooth and more narrow the roads are. 2. K-Cars at almost every home. Weird phenomenon but its true. You would think in the countryside, the roads are bigger and people would have bigger cars but I suppose that’s american thinking.

Anyways, here’s a car you’ll never see in the states. A Mitsubishi Toppo BJ aka 梨紗トッポBJ in Japan. Brought to us from G-Fine’s Mr. Yamazaki, this car was tuned and fixed up at his shop, GRC-Factory, which you’ll be seeing alot of in the near future. 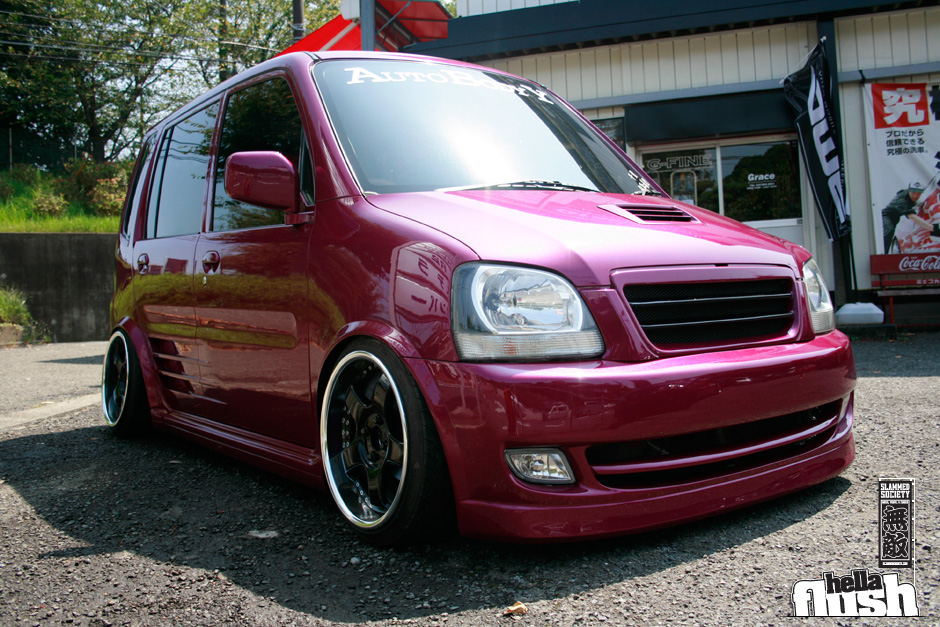 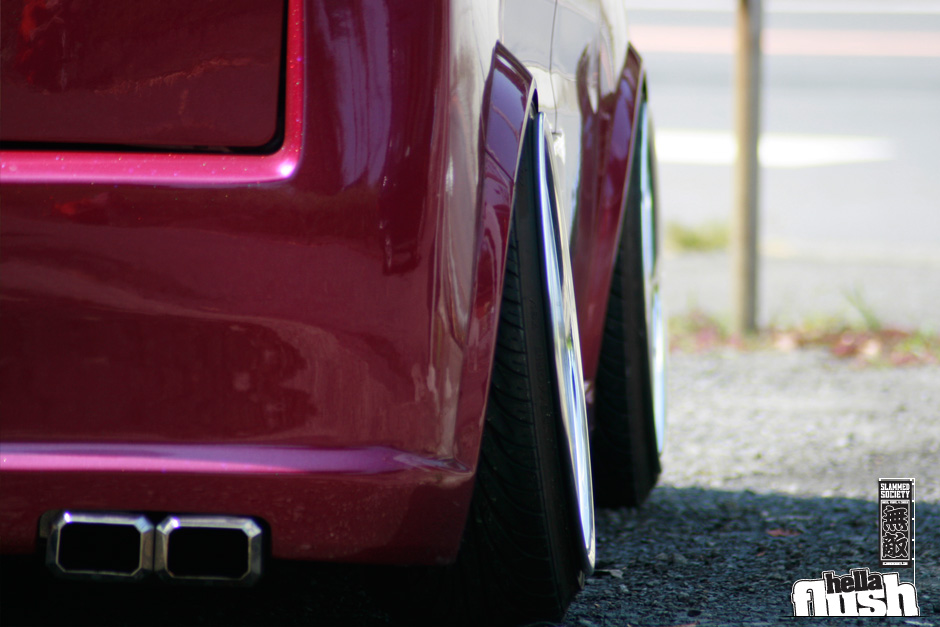 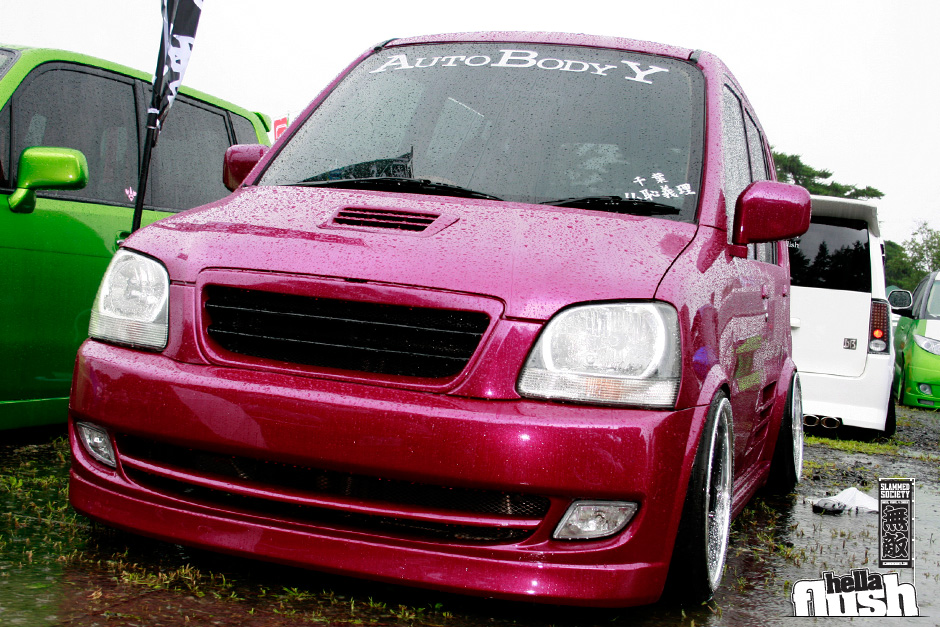 The fitment is perfect on the k-car and achieves exactly what it set off to. 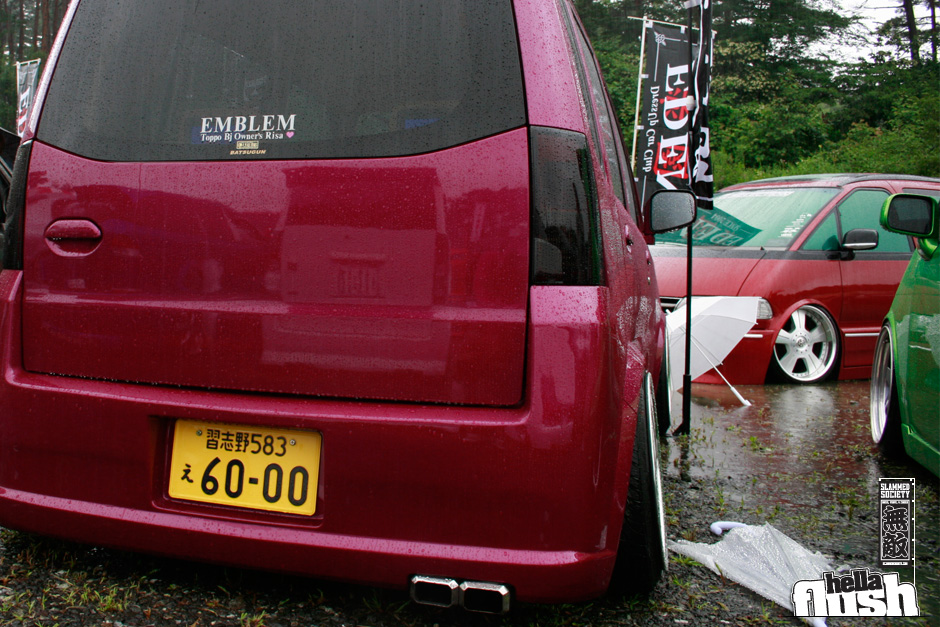 Interior Shots which are usually missing on features. 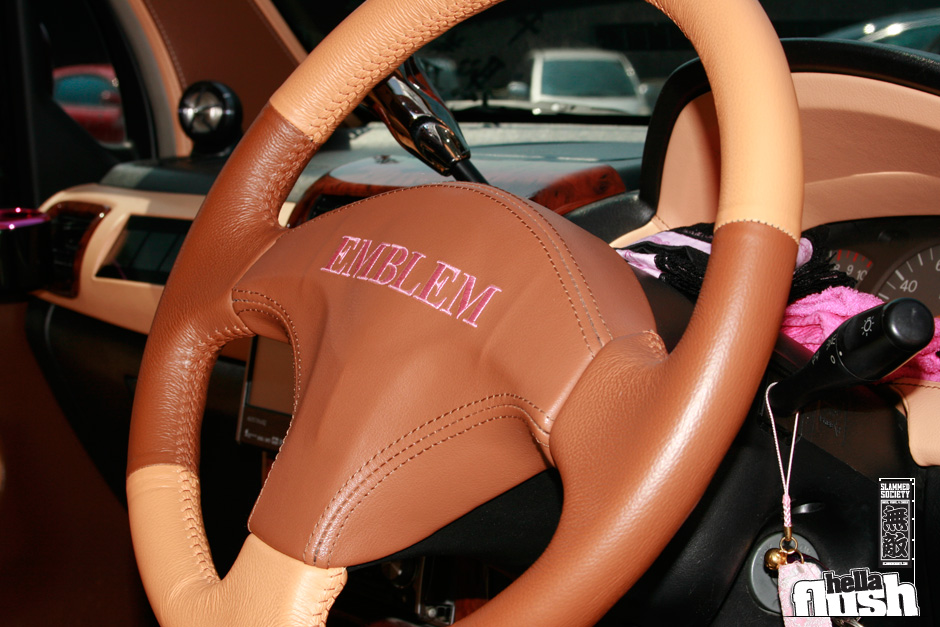 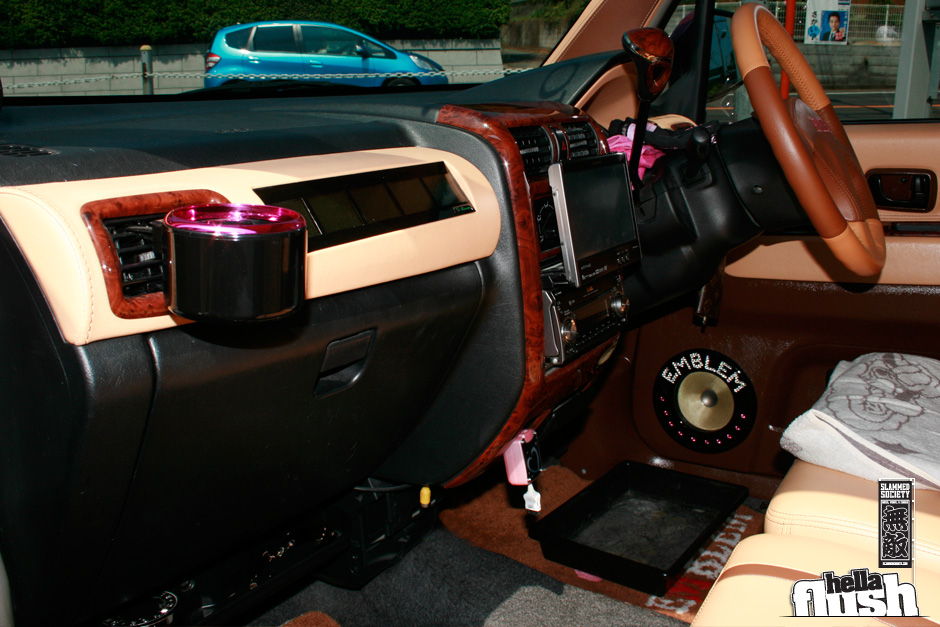