The all-new third generation IS Sport Sedan is the latest design innovation from Lexus. I had the chance to take the IS 350 F Sport on the Targa Trophy California 1000 rally to test the vehicle on a trip from LA to Monterey to San Luis Obispo and back to LA. 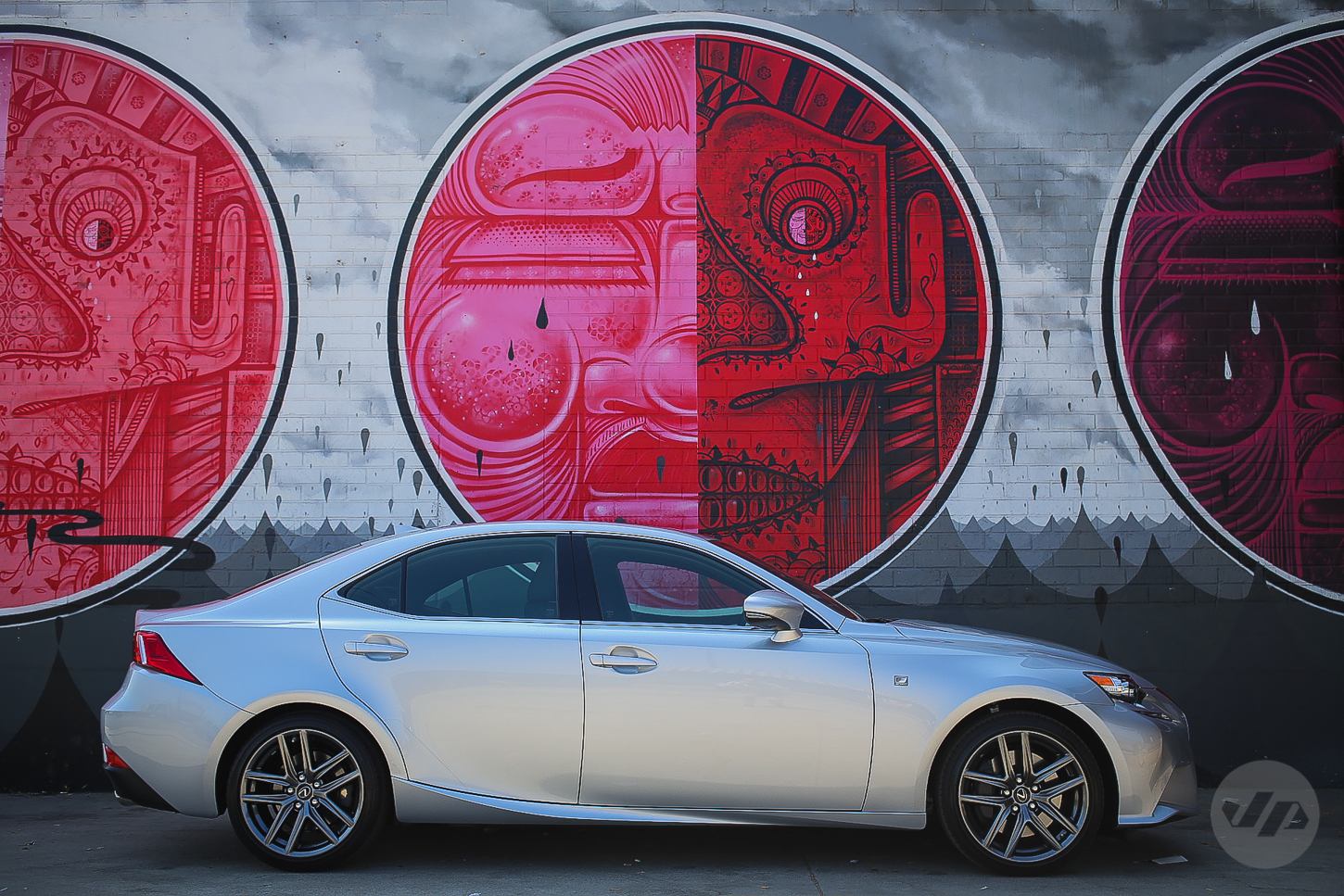 The new design features an aggressive front end highlighted by a full-mesh grille and separated LED daytime running lights. The sleek bodylines continue throughout the vehicle, which aids in more than just good looks, but also for improved aerodynamics boasting a 0.28 drag coefficient, lower than the LFA supercar. 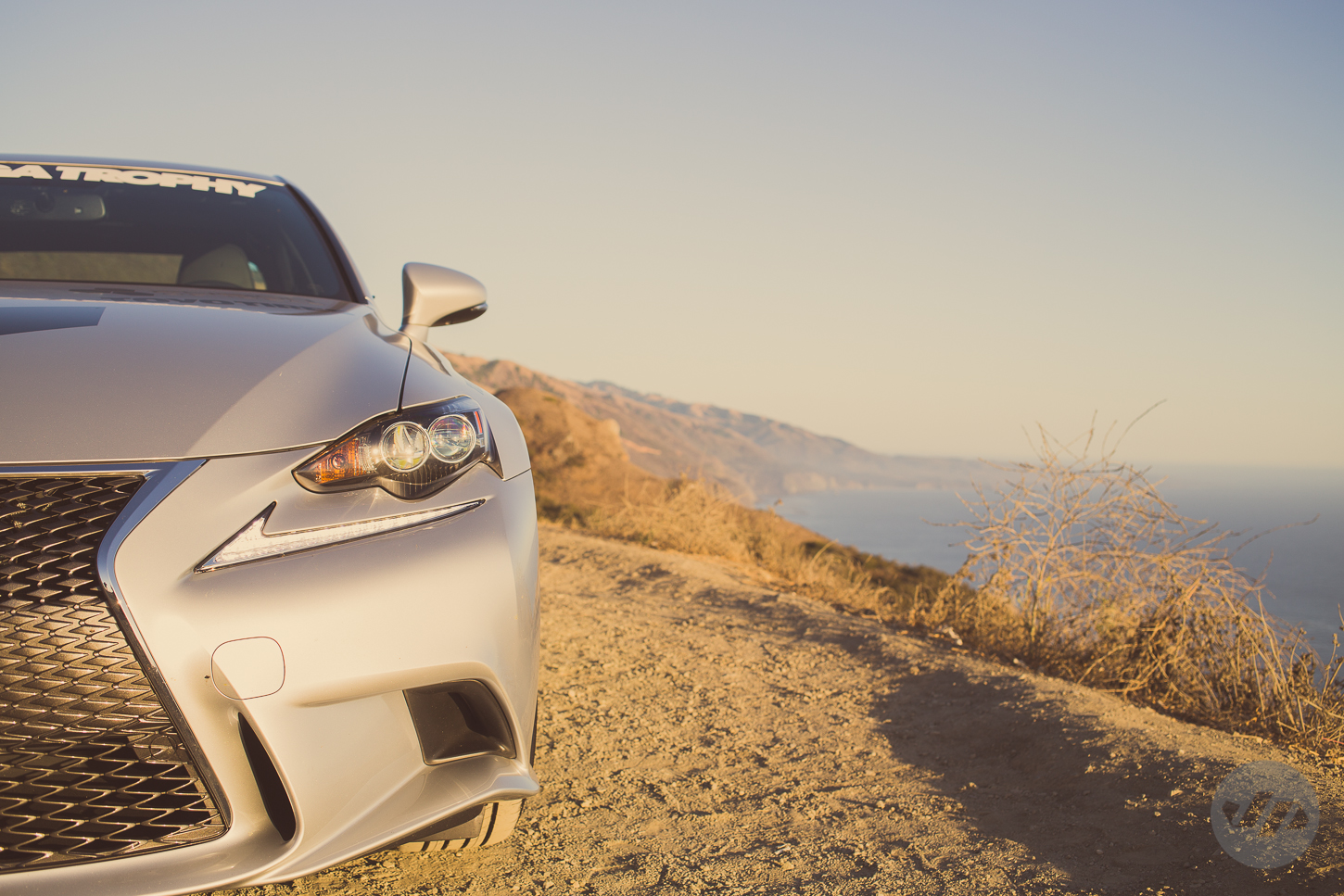 Inside the cockpit, which was designed with the driver in mind and inspired by the LFA supercar, features many amenities and details from the butter soft seats to the ergonomic seating and controls. 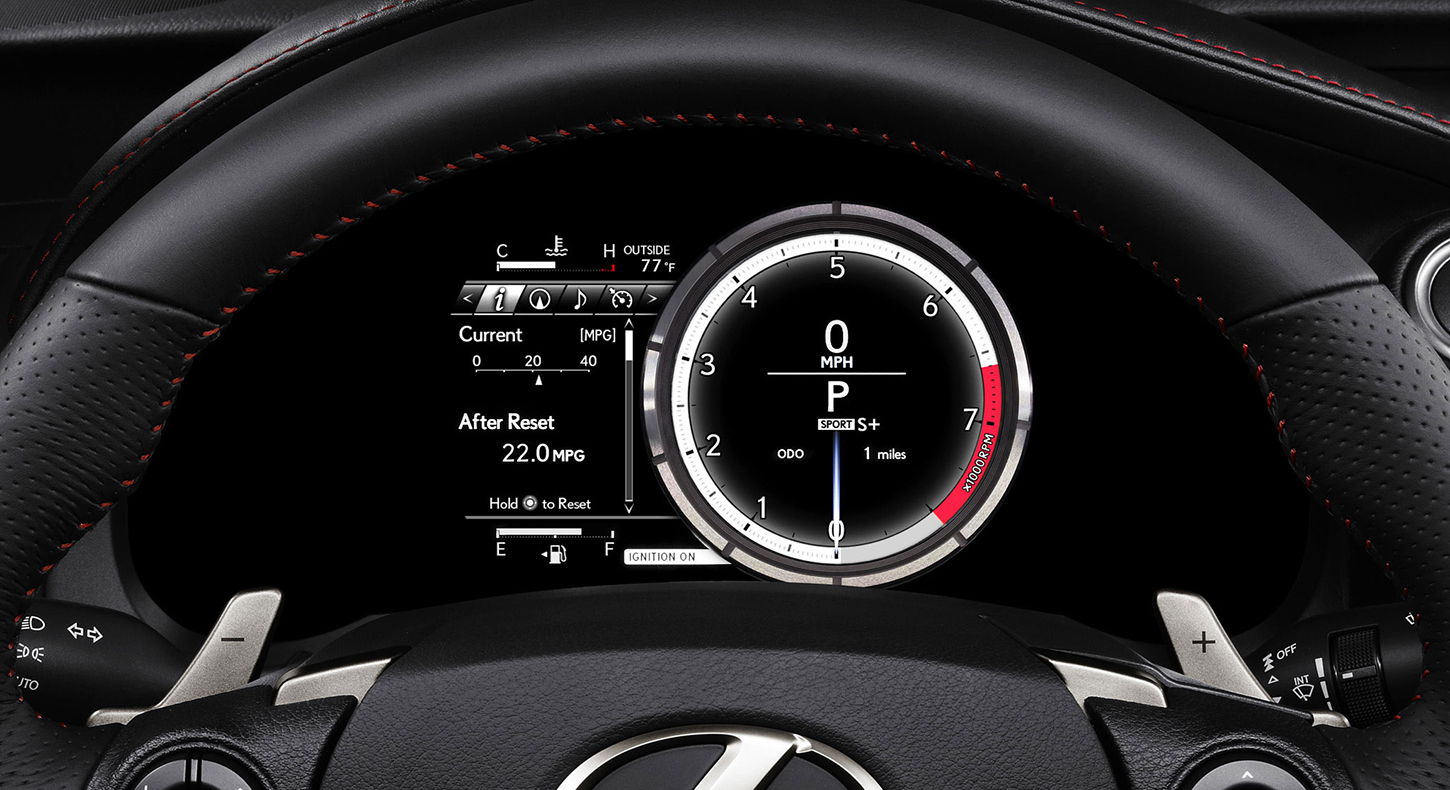 Innovation has been a staple for Lexus’ success, ever-improving to make the ride more enjoyable. The Lexus Enform app suite features well known apps such as Yelp, Pandora, Bing and more. The Remote Touch Interface (RTI) has its pros and cons. The mouse like design is simple enough to use and easy to control to navigate through the system and the location is ergonomic for intuitive use, however controlling the RTI while driving is a bit complex and can be distracting. Each press of the button and movement must be precise and takes a bit longer than a competitive touch screen that can be found in other vehicles. The advanced voice recognition incorporated in the vehicle is easy to use and controls many functions from making bluetooth connected calls to finding the closest gas station. 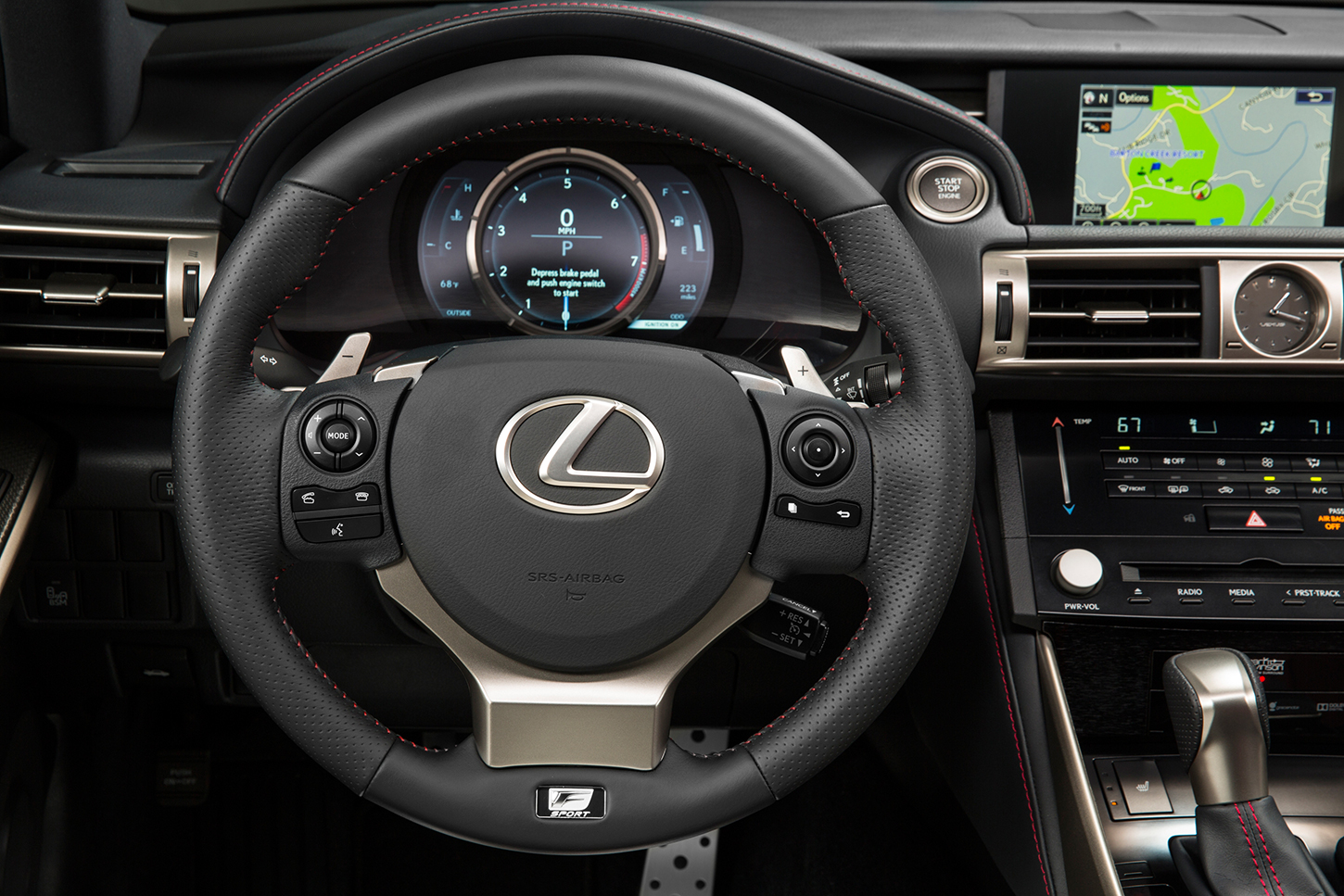 The only way to truly test a vehicle is with real world driving scenarios in which you can experience various driving scenarios. The Targa Trophy is the perfect way in which to accomplish this in a short period of time and enjoy the drive with other enthusiasts. Starting off at the historic Roosevelt Hotel in Hollywood, I joined the rally with 40-50 other drivers and vehicles that ranged from exotic to tuner to race modded vehicles. The comfortability for long drives in the Lexus IS 350 F Sport was key. Sitting in some typical rush hour traffic the seats were soft and sturdy and the adjustability options allowed me to create the optimal seating position. The integrated entertainment system with 4.2 inch screen provided music and navigation for the long solo drive on the first day. The Mark Levinson 15-speaker sound system was no joke and the sound was crisp and clear throughout the cabin. With no navigator with me I relied on the Targa Trophy provided driving notes and also followed the Super Street team in their Scion FR-S. On the freeway the vehicle drove like you would expect from a Lexus with a smooth ride and quick response. There are 3 driving modes with Eco, Normal and Sport. I played around with Eco and Normal to try to optimize fuel economy on the long boring stretches as we headed into Central California. However, once we reached the scenic roads of Carmel and Big Sur it was time to test out Sport mode, which provides improved handling and a bit more horsepower that you can hear and feel while carving through the mountain passes. There was slight body roll on sharp turns when taken at speed through the apex, but overall the car held up solidly when pushed to the limits. 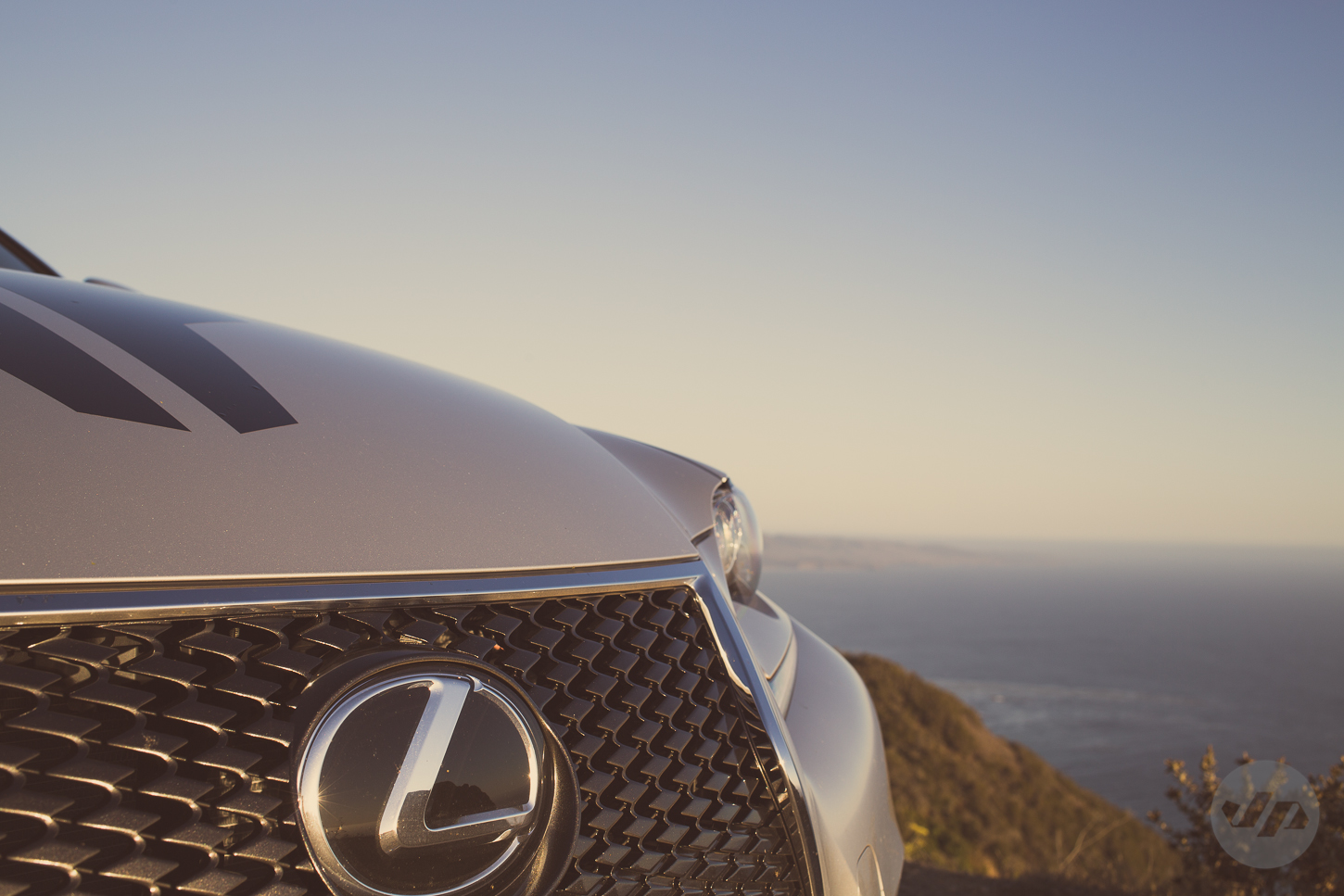 Lexus has stepped up their construction techniques with laser screw welding and adhesive body bonding that increases the overall body rigidity. The new rear sub frame and cowl side braces further enhance the control and steering response. The updated front suspension and new multi-link rear suspension does provide more grip and control, while the electric power steering system makes for smooth and accurate feel in the wheel with great feedback. As you would expect from a luxury car manufacturer there are details and features of the car that stood apart. The intuitive design of the dual climate control was as simple as a finger swipe. The blind spot monitor in the side mirrors is one of favorite features and I want all of the vehicles I ever drive to have this. The trunk was also roomy enough for my luggage and some camera equipment. The rear seating fit 3 adults with no issues as well. The open roads in Central California was the ultimate place to get a true feel for the vehicle. The car was quick and nimble for a sedan and became fun to drive. Smooth is the only way to truly describe the ride through open back roads as it was almost hard to tell the difference inside the cockpit at 60 mph or 90 mph. Overall, the vehicle a great car for daily driving through the city and weekend getaways. It is the right combination of sport, comfort and class. The new design definitely helps stand apart from the crowd and makes a statement. For more information visit: www.lexus.com 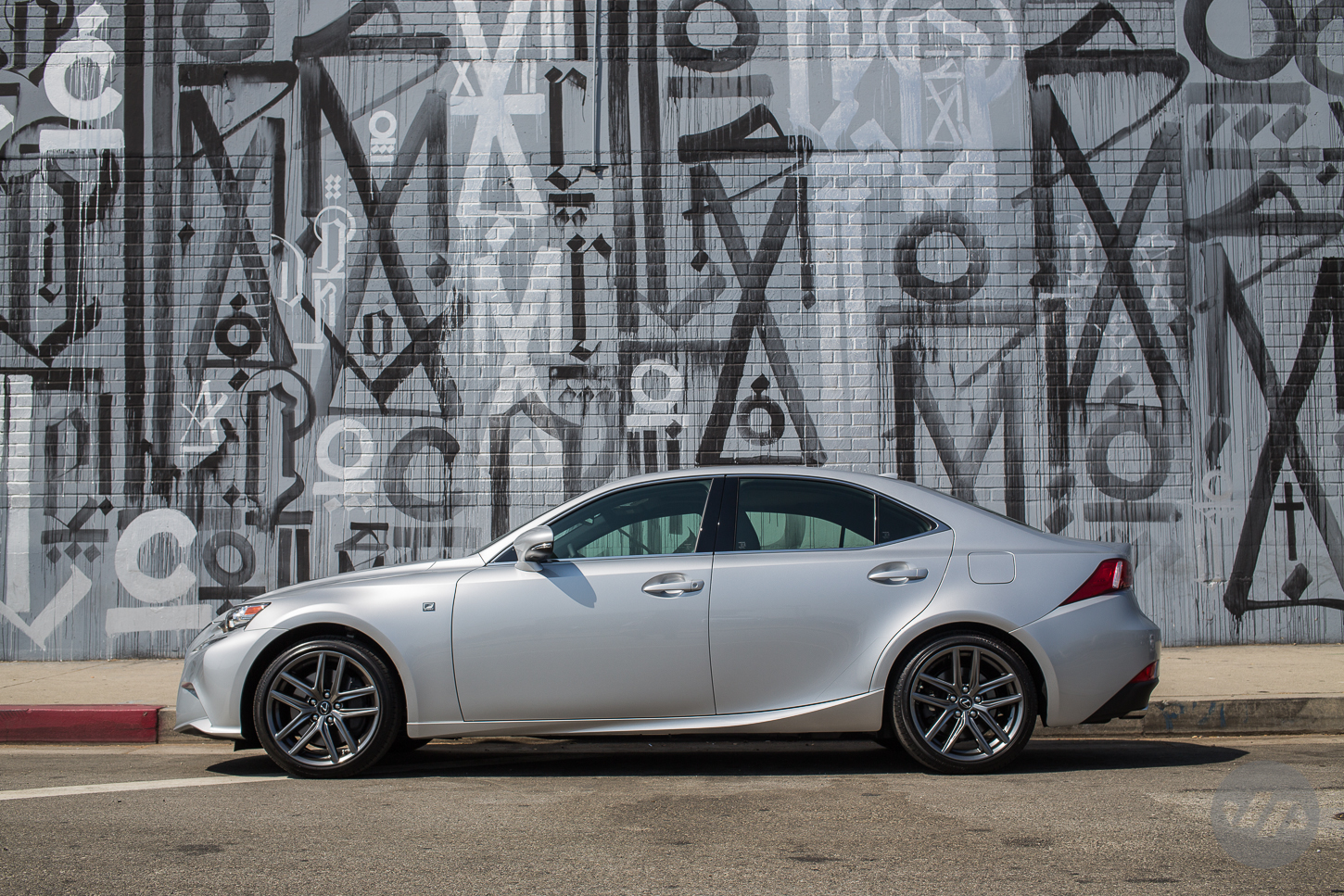