If you follow me on Twitter or Instagram, you know I’ve been running. A lot. It started as a simpler 9-miler after I finished the “Insanity” program just to prove to myself that I could do it. And somehow progressed into a half-marathon through Central Park, down the Westside Highway and over the Brooklyn Bridge to Park Slope on a random Sunday afternoon. Now I’m in full-fledged marathon training mode preparing for the LA Marathon in March. It’s arguably one of the most random (and weird, and crazy, and non-sensical) things I’ve ever tried my hand at; my childhood and adolescence was comprised purely of HIIT and plyo workouts for volleyball and basketball. Anything longer than 100 meters straight was pretty torturous. 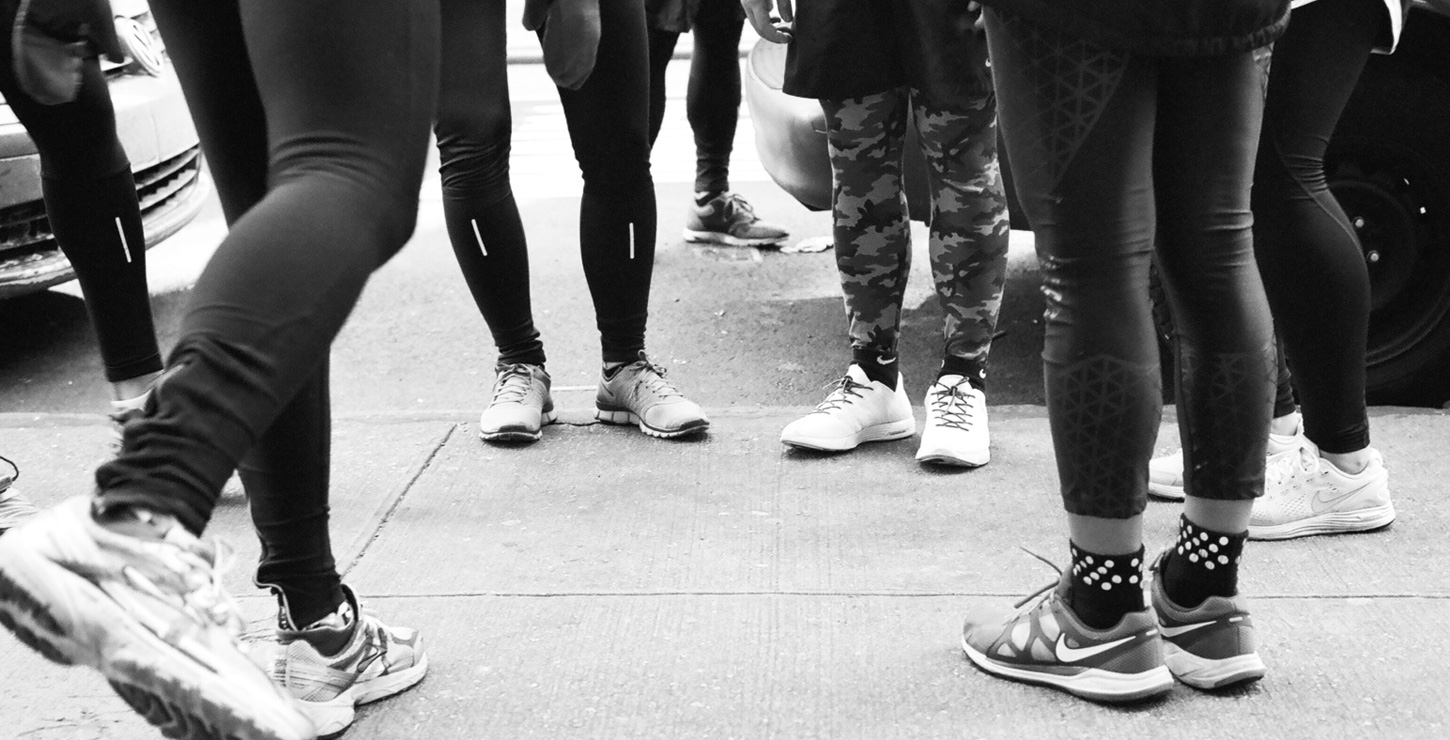 But somehow, someway, the running cupid has tagged me and I’ve kinda fallen in love. Much has to do with the crew that’s been kind enough to adopt me and support me in this process – BLACK ROSES NYC. I remember my first run with them – it was like starting a new school all over again. I was filled with anxiety that I’d be the slowest one, the only one without the limited edition Tier 0 Hyperstrike Customized Flyknits from Japan, the least funny one, the most socially awkward one, the only one who didn’t know anyone, etcetc. Instead, Jessie was kind enough to lead with a pace that I could keep up with and Efrain amused me with his list of notable eats from Park Slope all the way through Red Hook. Six miles, a bowl of ramen and many beers later, I realized that it was most fun I’d ever had running. These guys embraced me, a slow, no-longer-very-athletic, non-runner, with open arms. 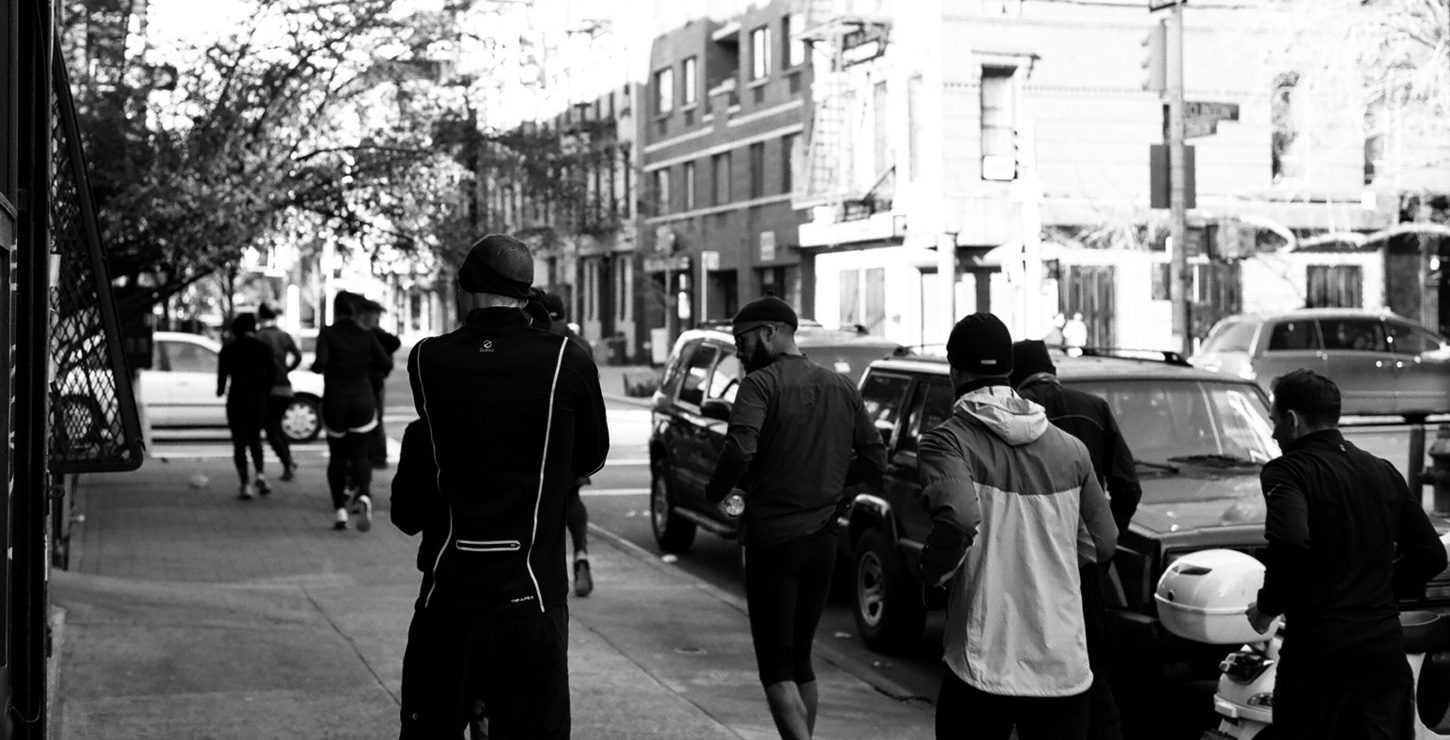 It’s been years since I’ve felt the sense of ‘team’ the way I have with these guys. Three times a week, we venture out on a mission to conquer our minds and our bodies. We are united by the miles logged and the beers chugged shortly thereafter, but we’re also joined by an idea. An idea that is more than just running. Jessie and Knox, thank you both so very much for including me in this adventure. I am beyond humbled and honored to consider myself a Black Rose. The journey has just begun… 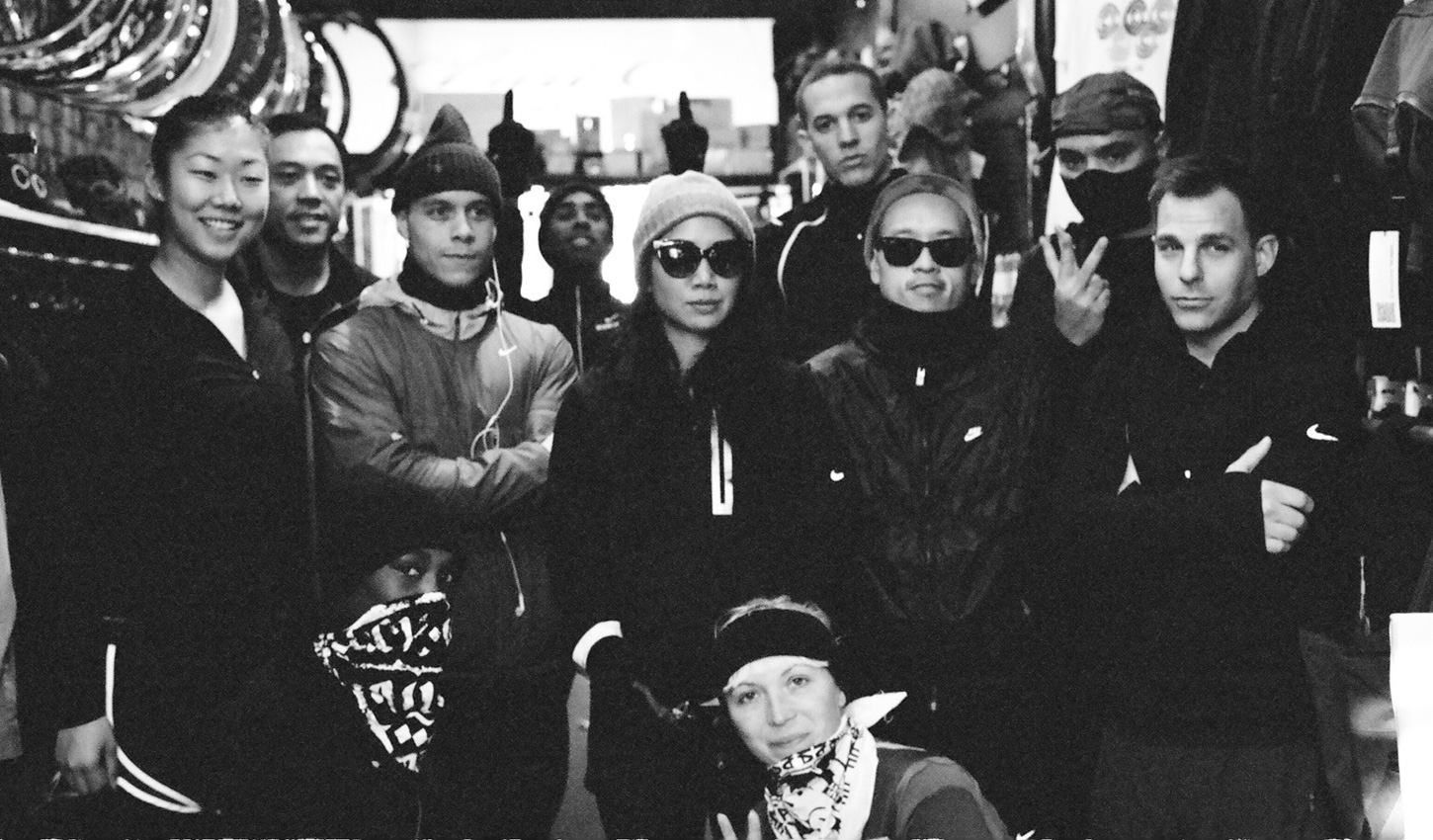 Follow @blackrosesNYC for updates on our open runs.
And thank you to Ricky Phan for these flicks!