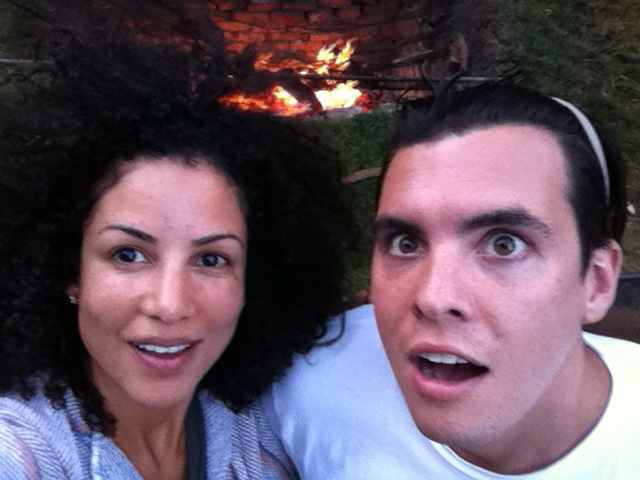 In a place not too far away that looks and feels like another time zone, is a community that hosts an annual Pig Roast.   I attended this year (2011) – and quite surprisingly it was like nothing I have experienced before. 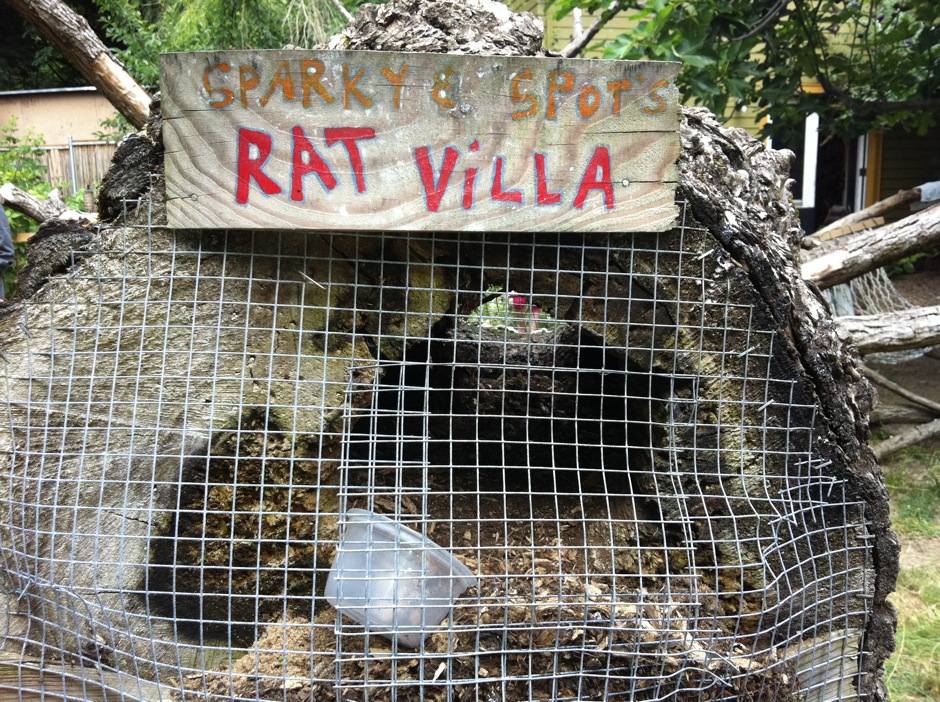 At this place –  there are villa’s for rats… 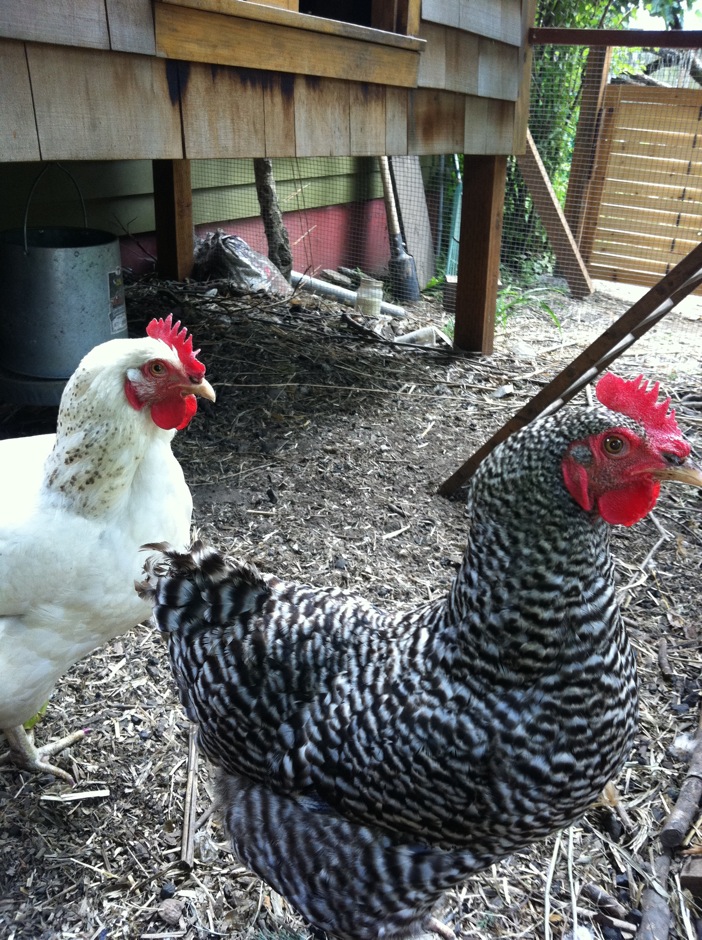 Chickens that sleep in trees and eat pizza… 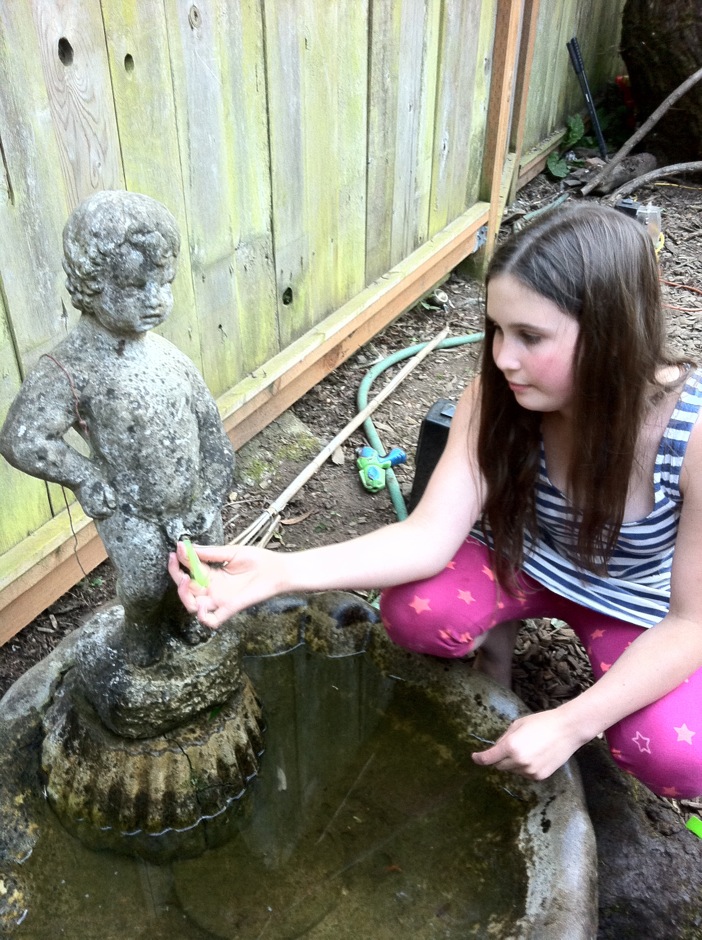 And little girls that fill water balloons from the penis of a fountain. 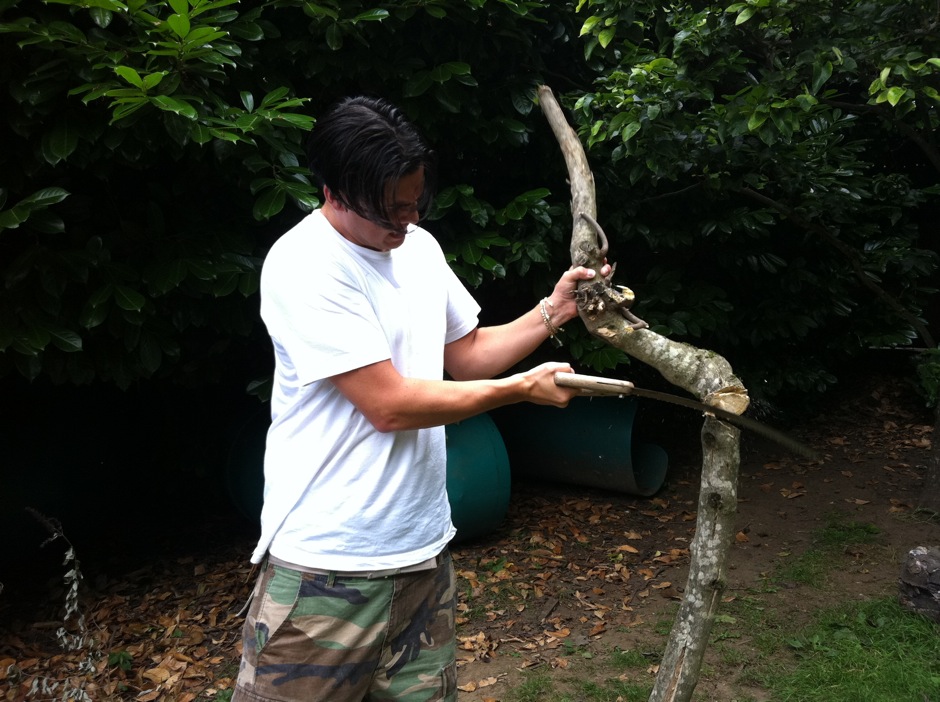 This environment allowed Rob to embrace his neglected but prominent neanderthal qualities.
I had to get this on video! 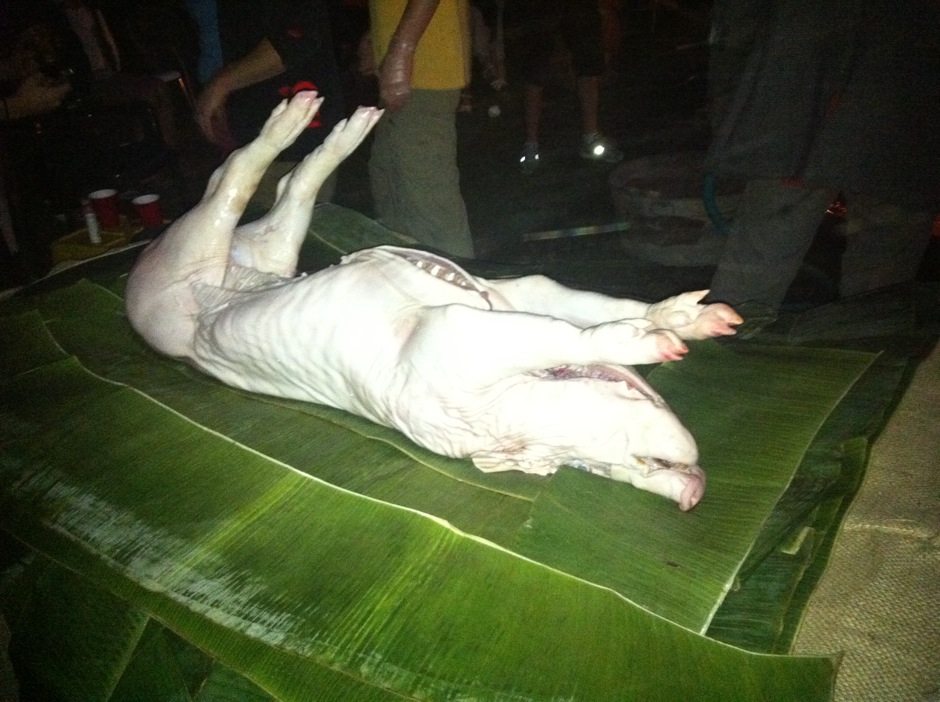 The purpose of this gathering ritual is to roast a pig (which is stuffed with a whole turkey).  The process is quite phenomenal.  A small 60 lbs. pig is wrapped in banana leaves and dropped into a grave of hot coals – left to stew for nearly 18 hours. 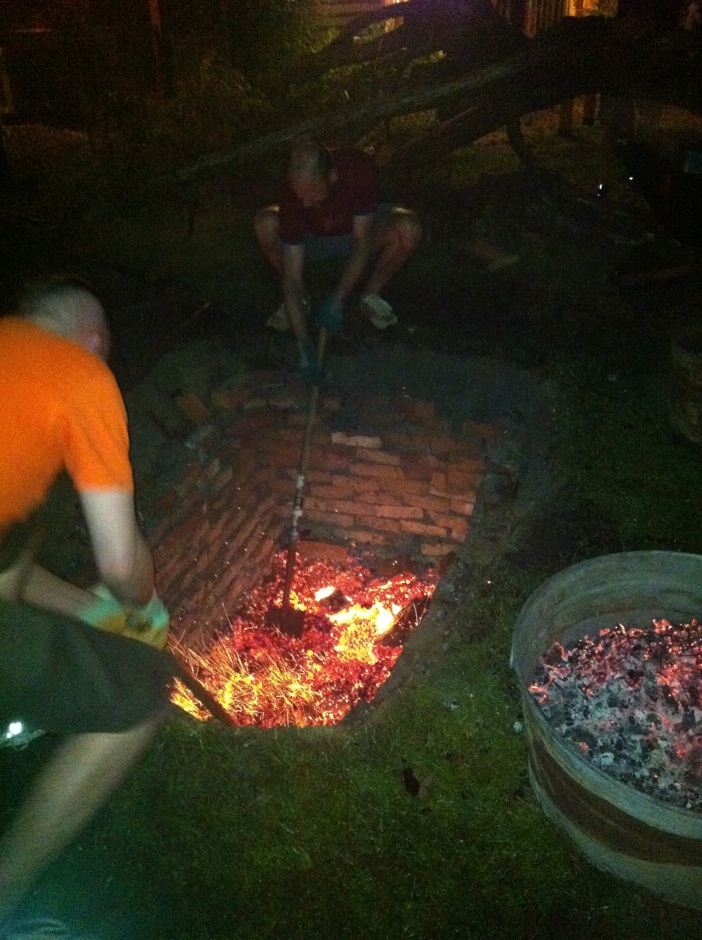 This looks dangerous and it was. 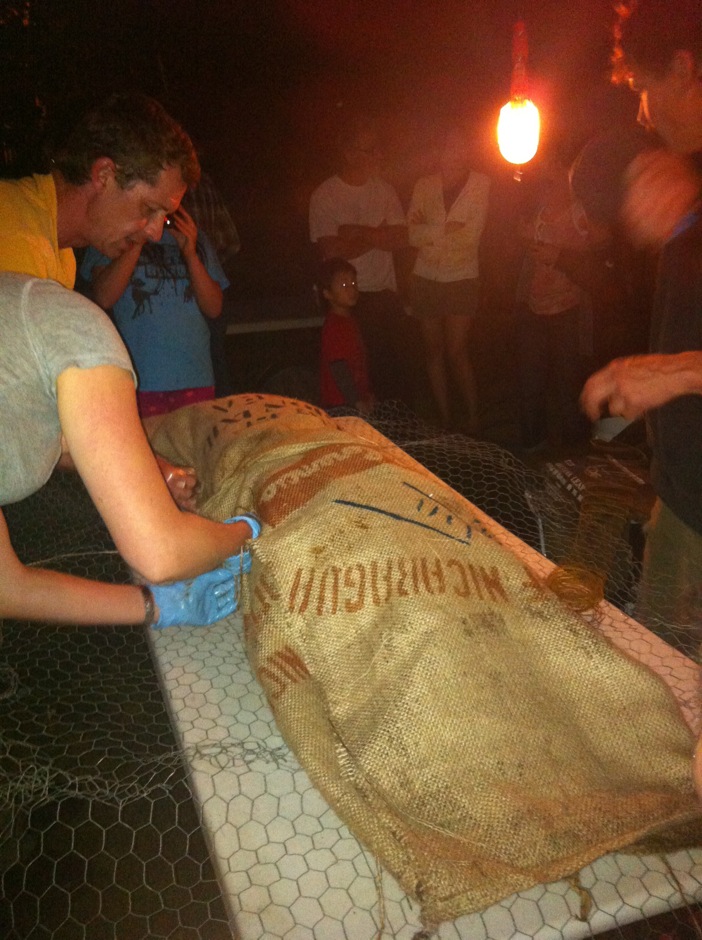 Now the pig is wrapped in burlap for its final preparation before burial. 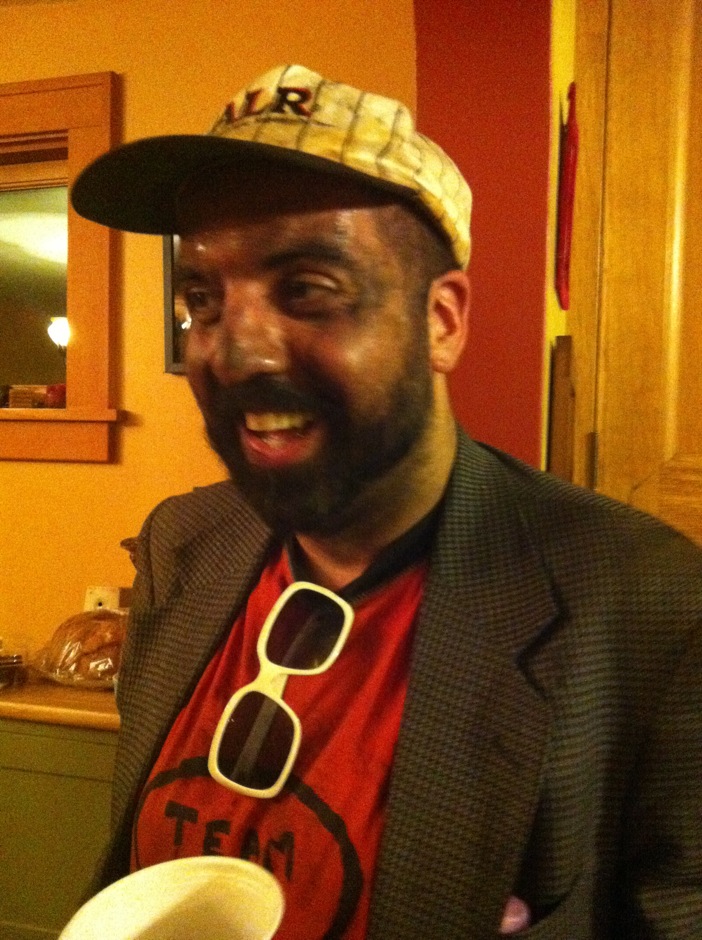 Nick, the fire marshal, had tough job. Covered in soot, but he didn’t singe one facial hair!! 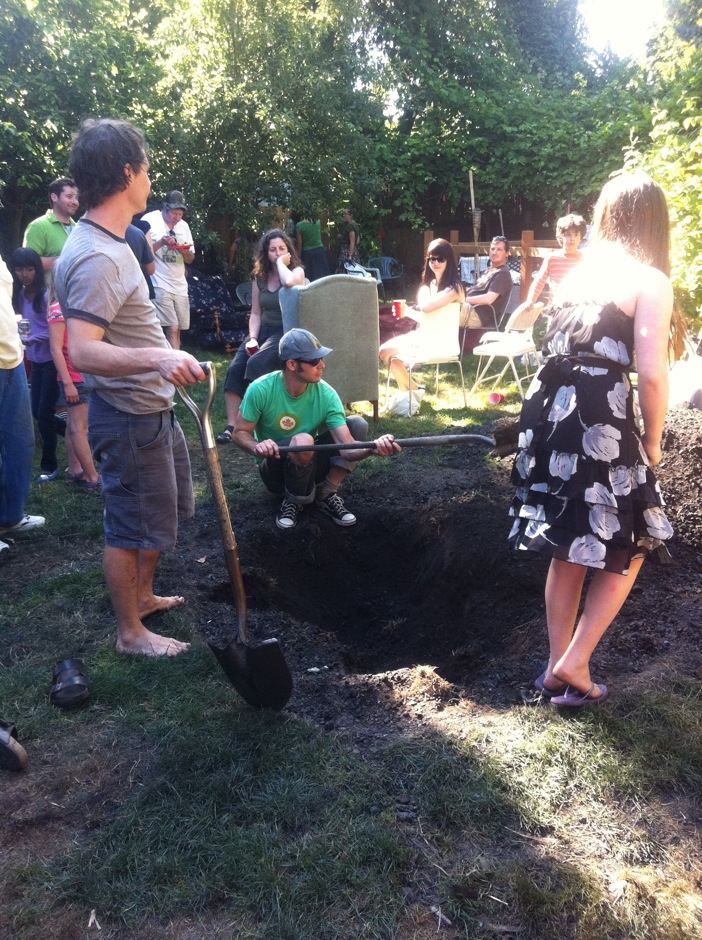 This is similar to the story of Jesus.  The pig is sacrificed and put into a tomb.  Day(s) later the people return tomb, but this time the body is found.  The body of the pig becomes our communion. 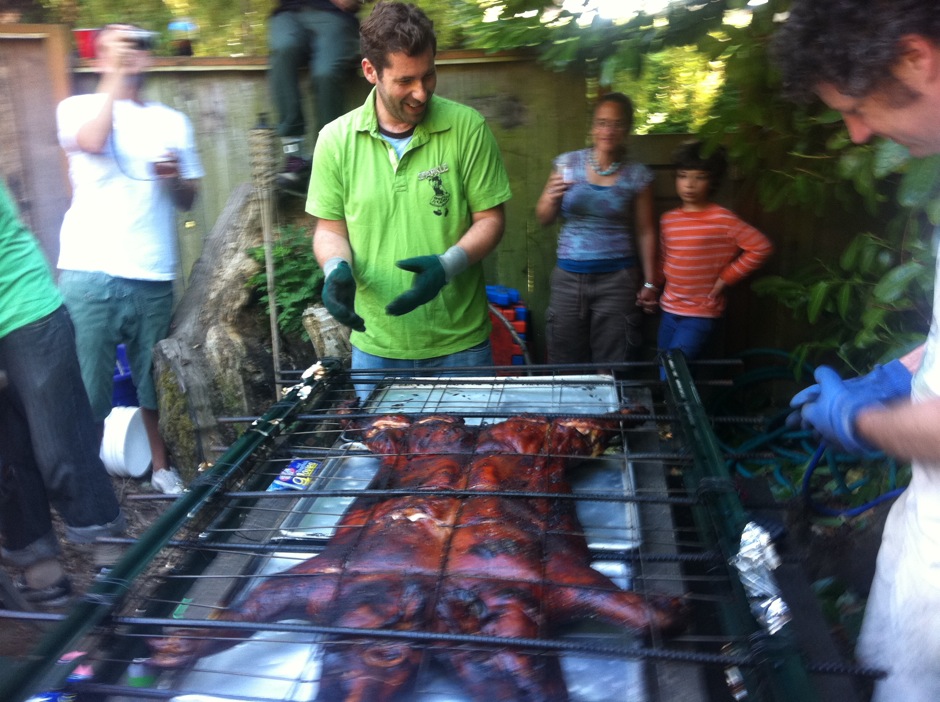 This year to increase the challenge and make the 2011 roast a big more exciting, a second sow was added.  This one smoked in a cinder block oven to make a crispy pig. 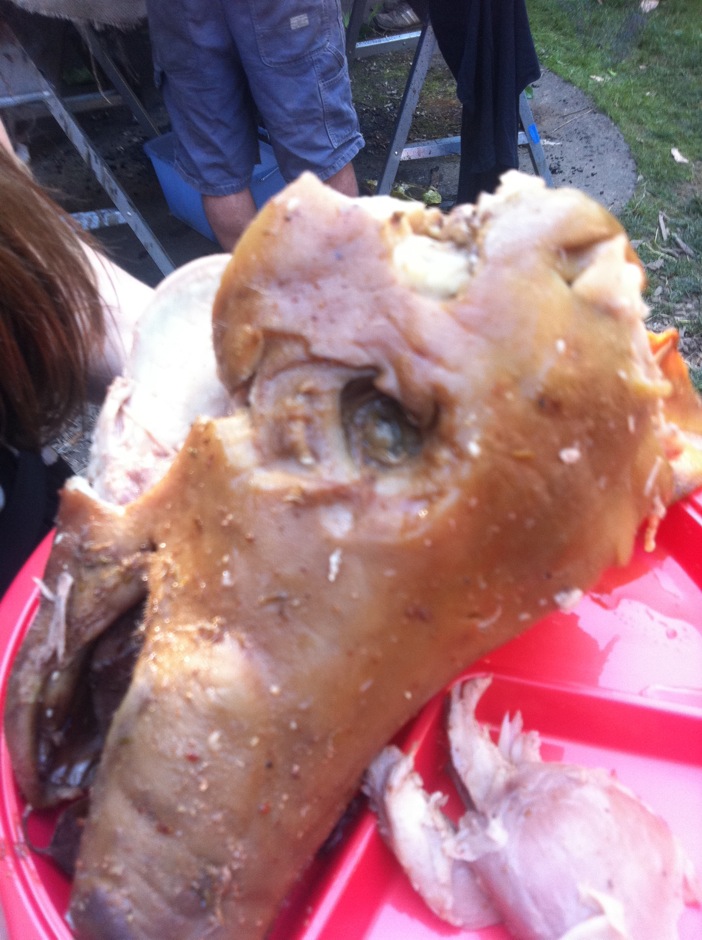 The head of the sacrificial pig.

You may throw-up in your mouth, but this video is must watch.  Ruby eats the eyeball of the pig. 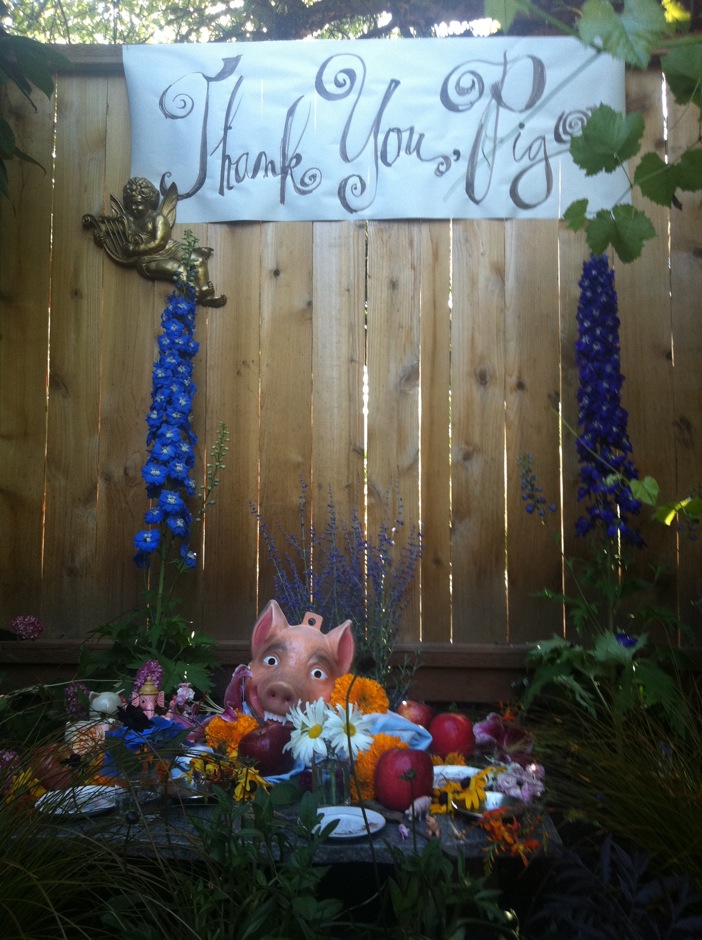 We gave thanks to our pig in an honorable shrine.  I think they do this in church too. 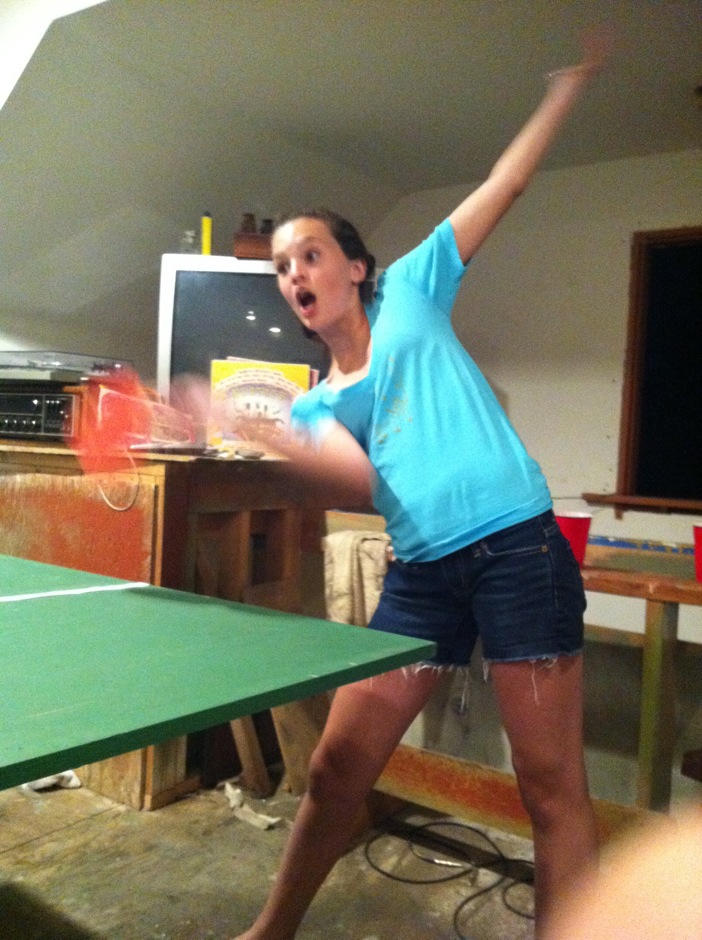 Oh yeah, as always -I had a celebrity sighting.  Sierra Williams was there.