EAST3:  Mahalo for taking the time to do this interview and respect to you and the entire San Diego Hip Hop Scene!

East3:  What or whom inspired you to be a part of Hip Hop?  Are there San Diego pioneers that have mentored you?

CROS:  I actually got into Hip Hop just growing up on the block (Paradise Hills in San Diego).  Jacked the homie for his first Run DMC tape and played it til it snapped.  Also just growing up around writers.  Embraced it all really.  I didn’t really get mentored one on one but there was plenty of folks in the scene that I asked questions and soaked up mad game from.  The list is long but heres a few of the names Duser, Zodak, Severe One, Daze, Dyse One,  Sake, Bom, mainly writers but a lot of them crossed over to bboying as well.  Also djing later on soaked up game from folks like Ruthless, Steven Flex, Fingaz, Unique, Charlie Rock and others.  Plus on the MC tip the homies that hang at the shop are OG King D, Black Ran, Icy Lee and mad others…. 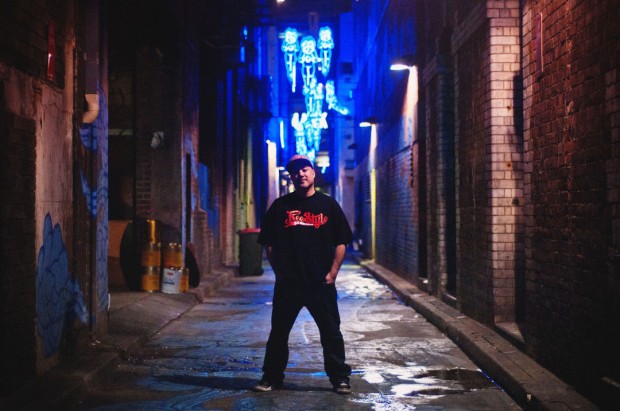 East3:  Growing up as an Asian youth, did you have to go the extra mile to get respect from the scene in SD?  Many Asians relative to our age had it ruff coming up in the Hip Hop scene.

CROS:  Not really honestly most people I grew up with thought I was Mexican lol.  Never really got bunched into the Asian side.  Mad folks thought I was Filipino to.  And Filipino’s are abundant in SD so it wasn’t a bad thing.  I had like the best of both worlds.

East3:  You have branded yourself and your companies (Freestyle Sessions and Armory) to become globally recognized as well as sustaining longevity in this culture, what or whom inspired you to develop an entrepreneurial mentality at such a young age?

CROS:  Honestly I always on some flip and come up ish since I was a youngin.  I remember the first time I really hustled up some money.  Bought some baseball cards off my neighbor.  He wanted the new Jordans and I knew his baseball card collection his pops gave him was worth loot so I dropped like $400 on some cards.  I must have gotten like $G’s worth of cards.  I ended up selling like $500 worth to pay myself back and held on to the rest.  I still have them til this day!  Lets say there worth a good amount.  As far as branding I just took the writers mentality to get up to a different level.  Instead of getting up on walls I got up via VHS tapes, DVD’s, CD’s, Posters, Tshirts and whatever else I could get my brand names on.

East3:  I know that you are a Bboy, Writer and DJ, have you ventured out into other element of Hip Hop too?  Do you think that being a practitioner of several elements (verses one) has helped you grow as a artist?  Do you see many people in other countries rocking more than one art form in Hip Hop?

CROS:  Honestly I did everything separately.  I started as a bboy then when that phased out in the 80’s I went into writing then went back to breakin and once my body started giving out I just got into djing.  Never really thought of myself as one of them jack of all trades guys.  But I guess I can say that I am.  Ive delved into the MC aspect only as the Master of Ceremony cause at my event I like to keep things moving.  Plus when Im rocking parties its always good to address the crowd.  As far as it helping me grow yeah I always try to understand all aspects.  Shoot even picked up photoshop from watching my graphic designers doing my flyers.  I don’t really call myself a historian of Hip Hop but I think Ive heard enough stories from OG’s across the world to know a good amount of info that the average person probably will never hear about.  Ive met a good amount of folks that do a few elements.  I always bug out cause its kind of rare these days.

East3: As a professional jetsetter going to numerous countries, cities and states can you share your over view on global Hip Hop?  Any likes or dislikes you see  reoccurring through all the locations you travel to?

CROS: Globally Hip Hop is incredible.  Can go anywhere in the world and find a friend of a friend.  The only thing I don’t like is that the elements are getting so far removed from one another.  Its like every element has branched off to become a culture of there own.  And even in some splitting up beyond that even.  I grew up where it was all relevant with one another.  But these days there pretty separated.

East3:  Out of all the places you have traveled to what part of the globe impressed you the most in reference to their scene preservation, advancement, and organization and why?

CROS: Japan is always incredible although there scene is pretty segregated I like how they really delve into the history.  Korea I trip out on how advanced they took there scene it went from just barely starting out to crazy corporate literally over night.  Plus there bboys came up quick as well.

East3:  What are your thoughts towards spirituality (of any denomination or belief) being a active part of Hip Hop?   Some say that Hip Hop is not a culture and it is just a grouping of art forms and interest?  Agree or Disagree and why?

CROS: Im not much of a religious person although I do believe in a god or higher power.  As far as Hip Hop not being a culture I would have to disagree.  Hip Hop has grouped people far and wide its created a way for folks of all colors, races and creeds to come together.  I don’t think anything has ever had as much power as Hip Hop has. 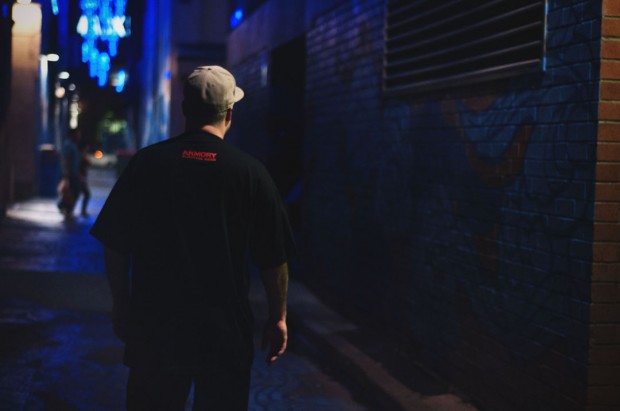 East3:  Since the beginning of Hip Hop there has been Music, Dance and Visual Arts (Writing), these art forms spawned from influences that were not considered or defined as Hip Hop because the culture was only at its infancy stages so the pioneers infused and invented to create what is now called Hip Hop.  What are your views on the current advancement of the “culture”? Do we need to preserve as well as invent and incorporate new elements in order for it to advance and grow in this generation?

CROS:  Well its very much different then it was back when it started.  So its hard to really compare.  Where bboys were inspired by other things now you have bboys being inspired by other bboys, same with writers, mc’s and dj’s.  I believe we definitely need to preserve our history because its still so new and you cant further anything unless you know where you came from.  I can still chop it up with folks that was in this since the beginning.  Sucks though now that there’s money involved though stories are starting to get super weird.  You can tell some folks have a ulterior motive for trying to put themselves in the history books.  But honestly the streets don’t lie.  Cats will be quick to call out some bullshit.  The beauty of the culture though is that you are free to research on your own and make your own assessment.

East3:  Are you involved with youth arts or education on any level?  Your knowledge and experience in branding and promotions is very vast and inspiring.

CROS:  If a kid is interested in what I do I will definitely put them on game I’ve guided a lot of young promoters that I’ve met all around and just gave them tips on how to sustain a little better. We’ve also had mad kids come through our shops and chop it up with us.  I definitely want to take a more active roll and do more with the youth but its hard when Im in and out of town so much.  Once I slow down I’ll get there.

East3:  What direction are you headed in for 2013 and beyond?   Any new or upcoming projects you can share

CROS:  World Tour action this year really shaking it up.  Finals for Freestyle Session in Japan this year with the USA Finals in Florida.  Also collaborating with other brands/festivals/events to create more brand awareness outside of the normal people that are already knowing.

Shout out to you East for highlighting what I got going on.  Big ups to continually pushing the culture as a whole.