The 2013 Formula D season is soon approaching and this year we’ve added a new driver to our Fatlace team. Introducing Matt Powers and his brand new 2013 livery. With a new team, a new motor, and new changes with the car’s layout, 2013 is looking to be a great season for Matt Powers. Images provided by Linhbergh Nguyen. 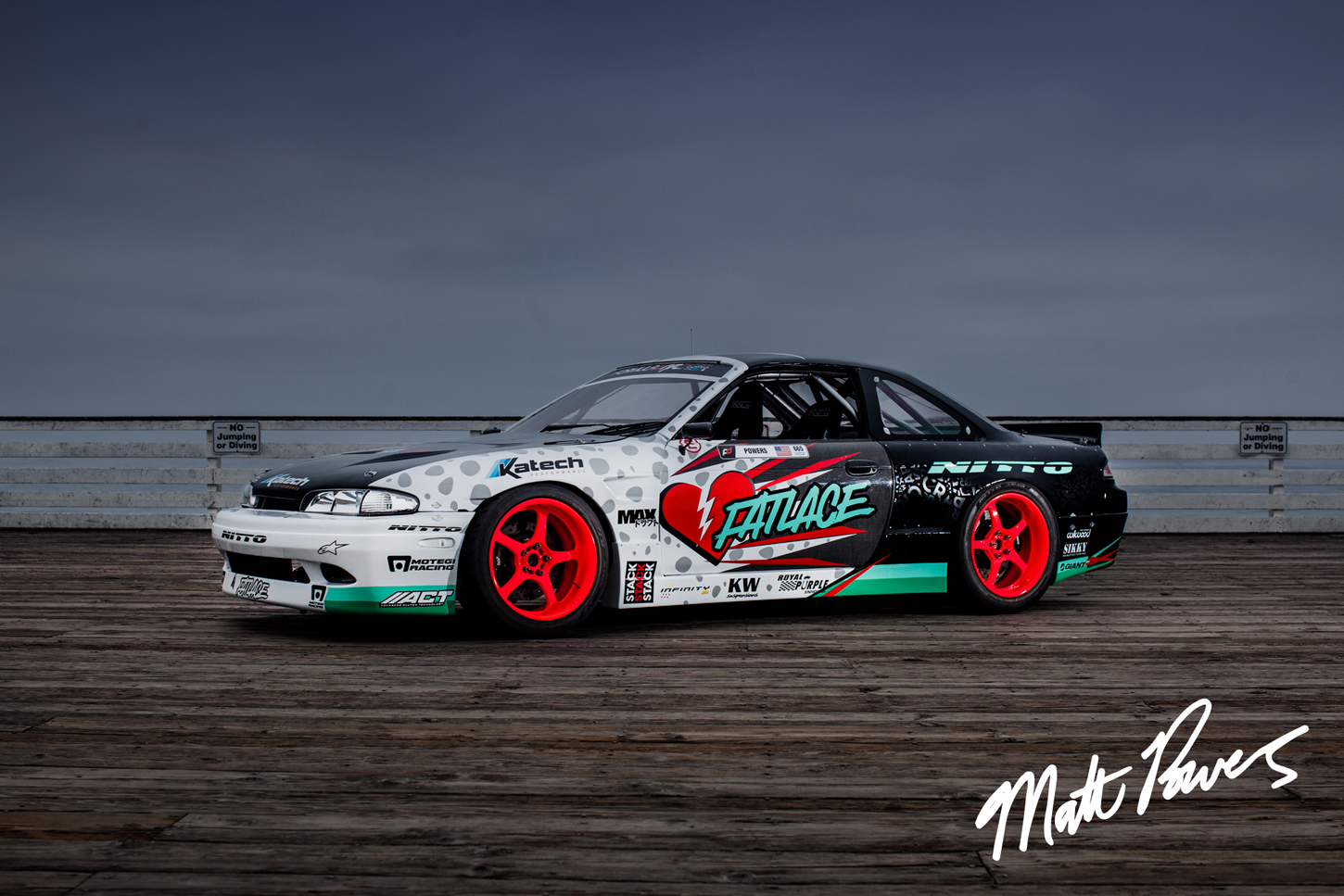 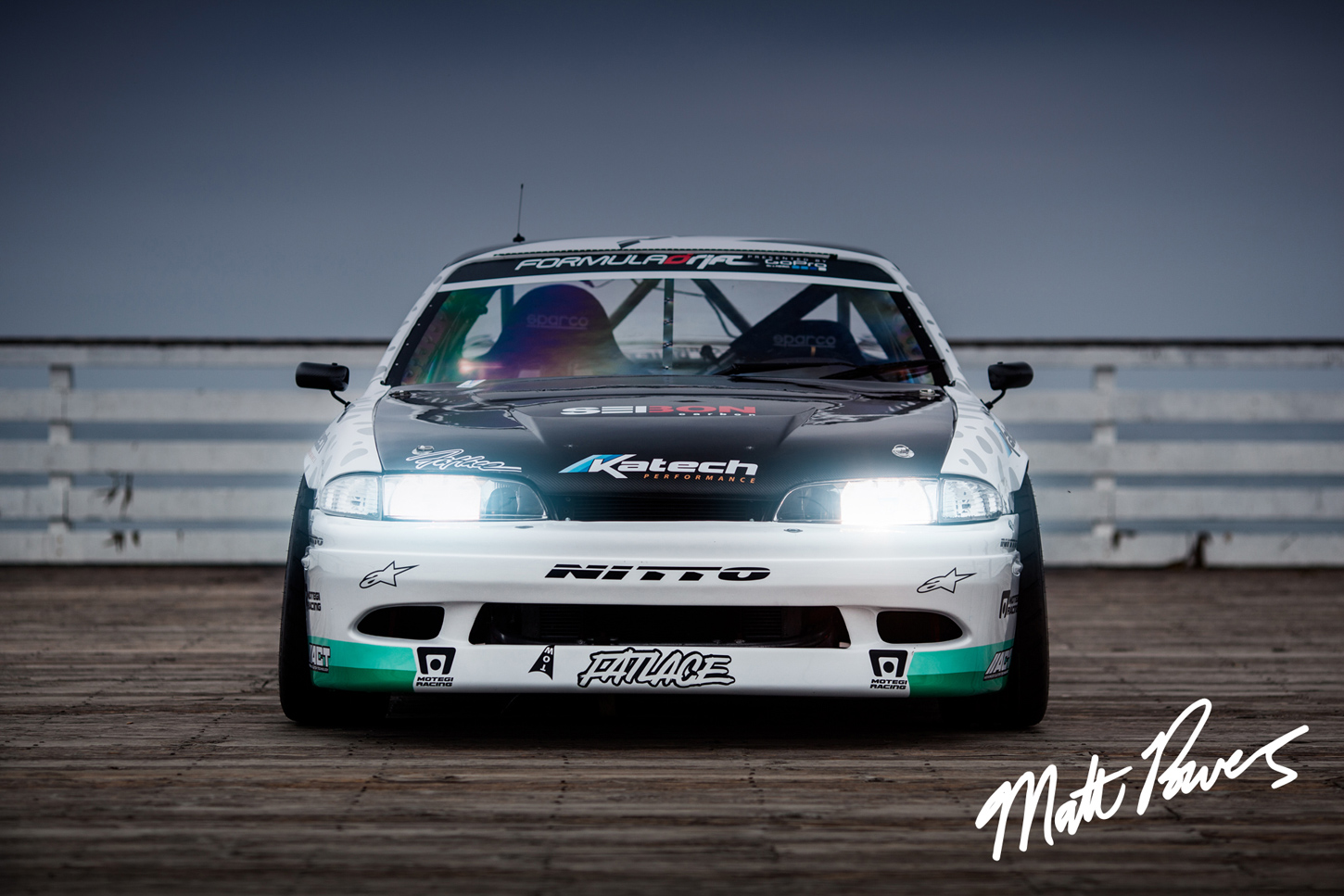 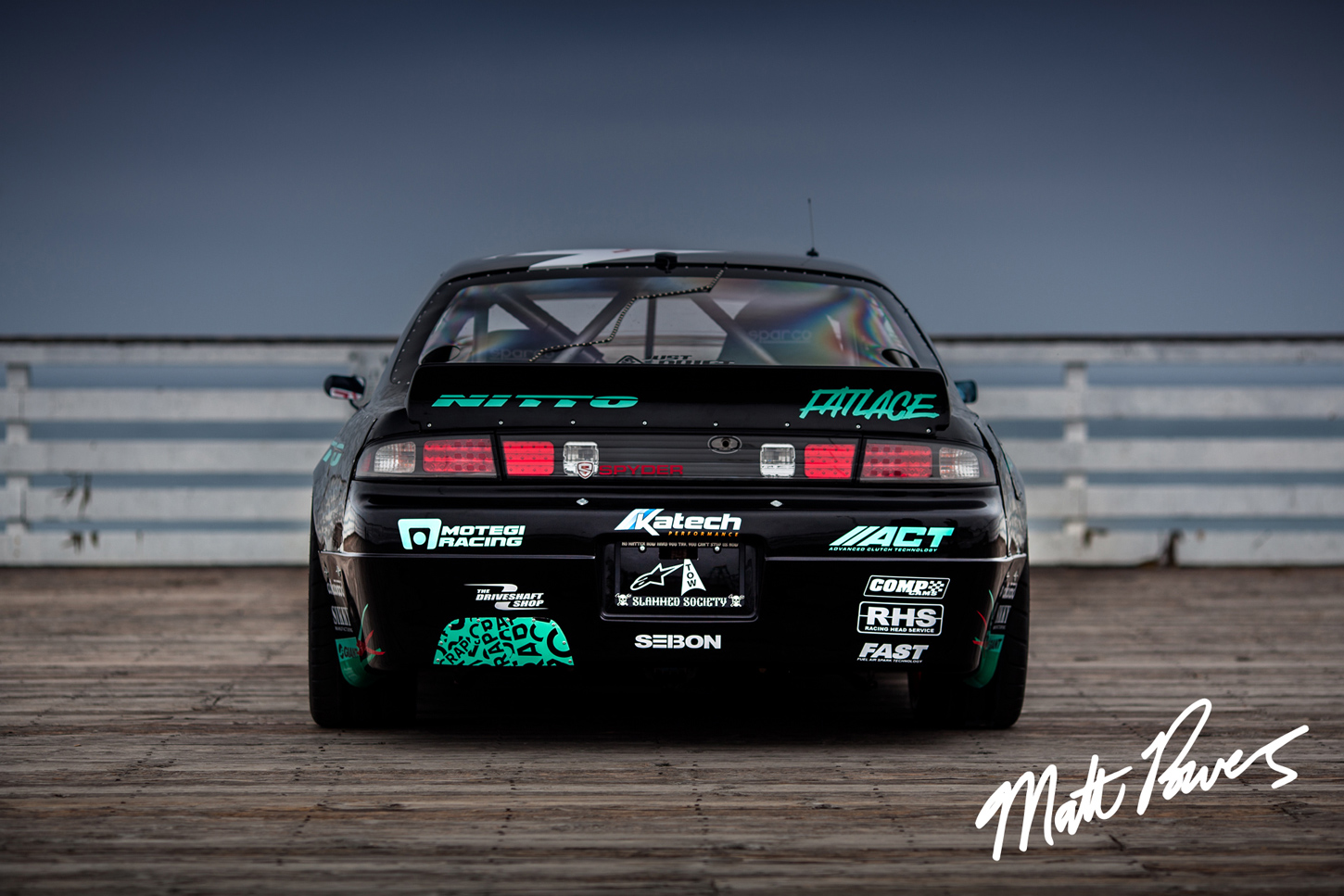 Powers got his Formula D pro license while getting 2nd place at Red Bull World Championship/Pro Am Nationals in 2008. His goal was to street drive his car to long beach, qualify, then forever retire from “Pro Drifting.” Powers and gang ended up doing just that but had a ton of fun in the process and kept at it in 2009. His year culminated in a 4th place finish at Irwindale while unsponsored. In 2010 Need for Speed and Nitto tires picked him up allowing him to compete in the full season finishing 16th overall. Since 2010, Powers has been the youngest driver to finish in the top 16 every year (6th in 2011 and 10th in 2012), with multiple podiums and a first place qualification. He has also won awards in FD for hardest charging driver, most improved, and best style. For 2013 Powers brings his drifting program back to where it all started out of San Diego, CA, based out of Big Toms Speed Shop with Tom Roberts and with the help of Parts Shop Max/Martin Muench. Look for big things in 2013.