It is part boat, part plane, and makes enough noise to raise the dead, which is just the way we like it down here in New Zealand.  If it is too loud, then you are clearly too old. 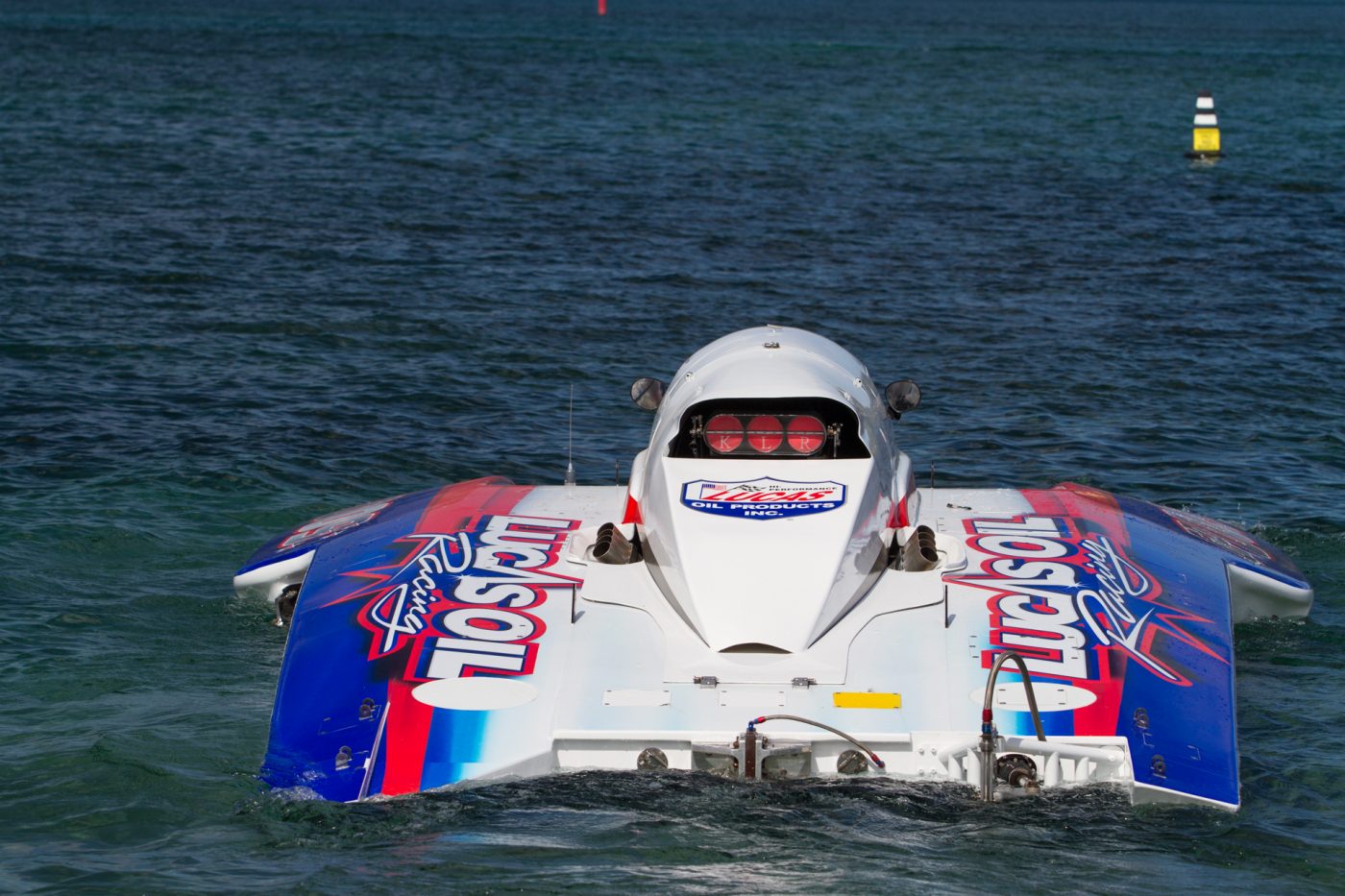 Kiwis have long had a love for going fast on water.  In 1953 Len Southward broke the 100mph barrier in ‘Redhead’ and this unleashed a whole new era of daredevils who have wanted to go fast on the lakes of New Zealand.  Fast forward to 2017 and things have changed considerably. 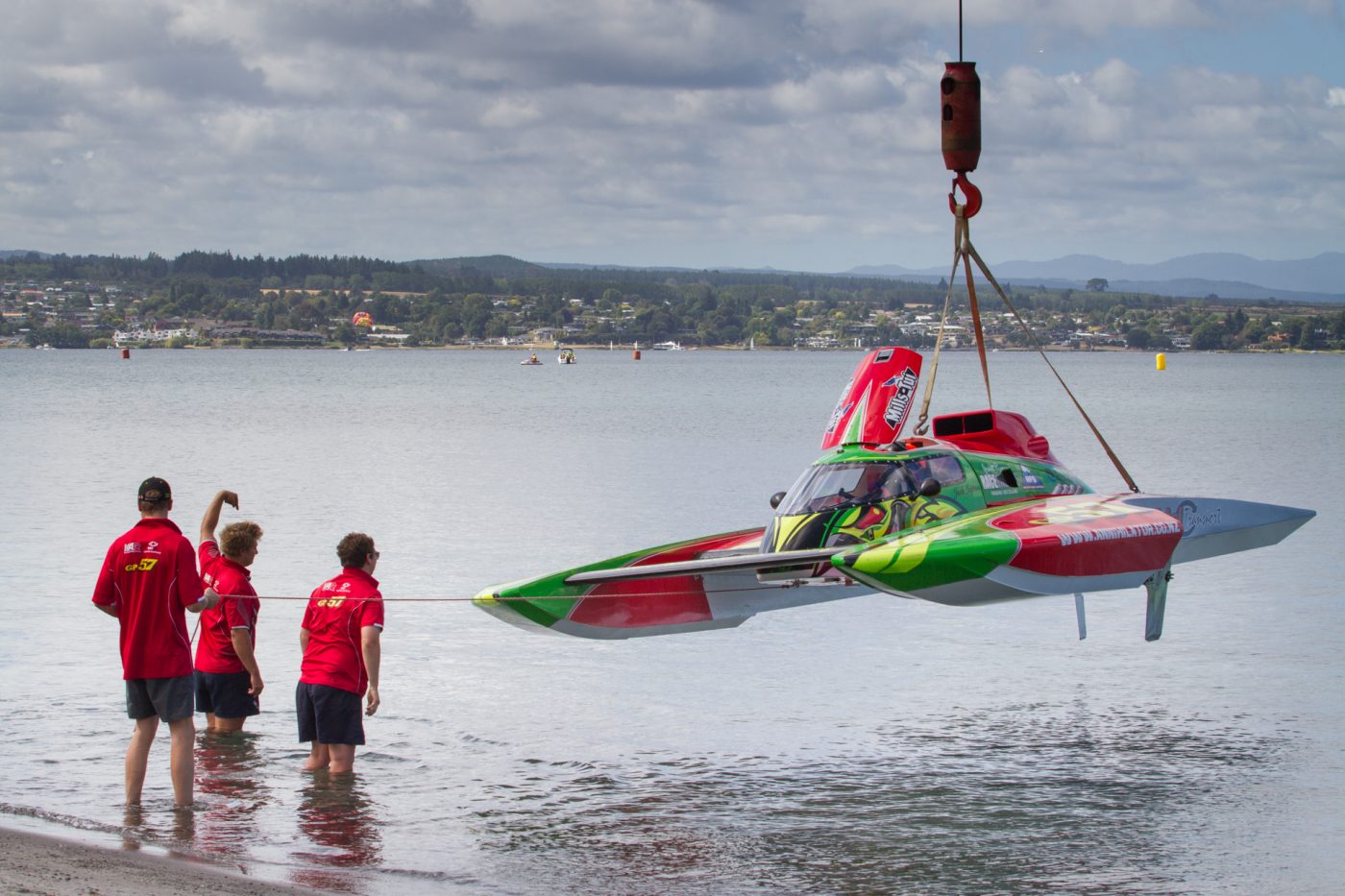 The days of setting water-speed records are long gone in NZ, and nowadays like the rest of the world we race the boats. 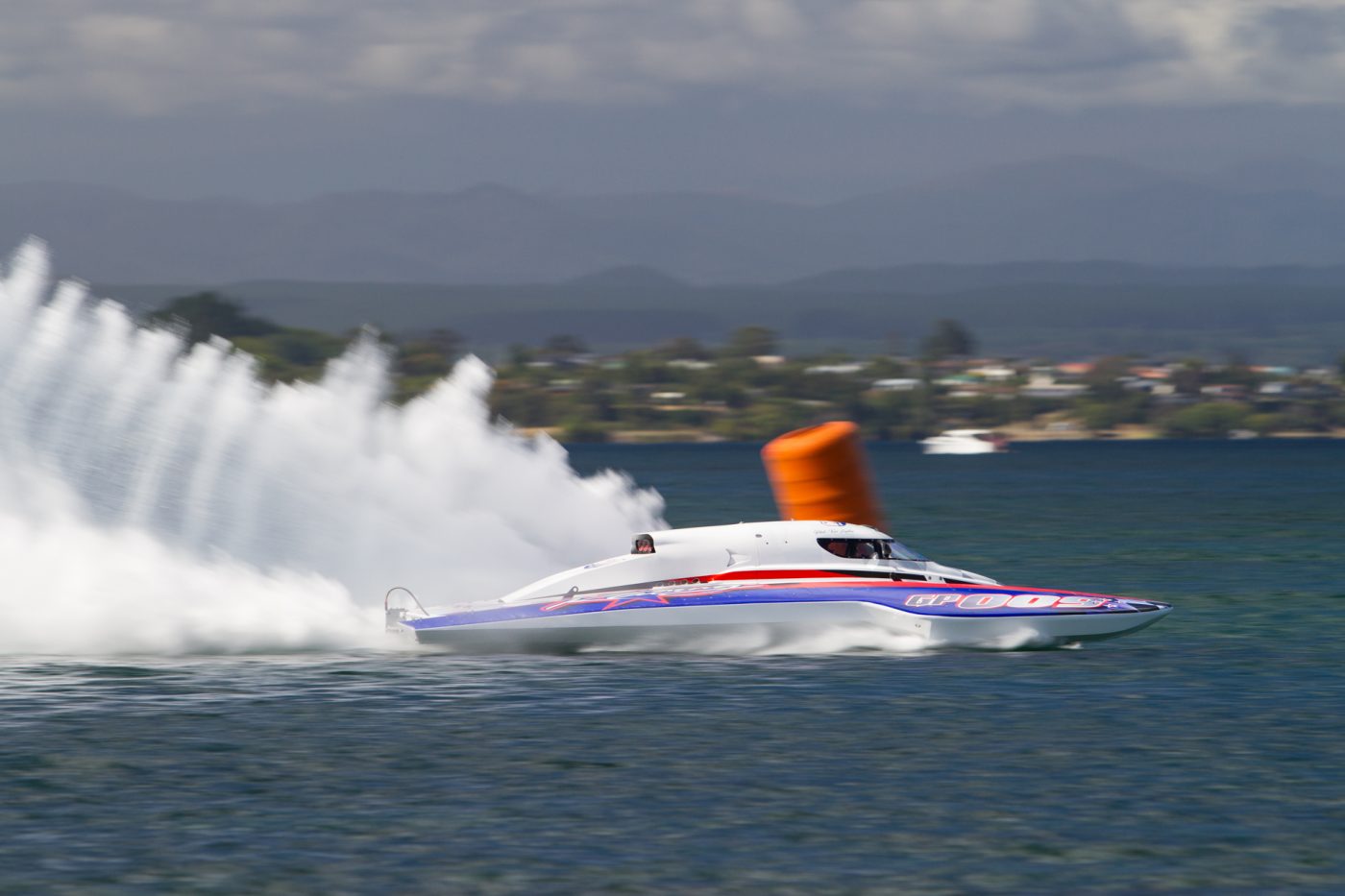 The boats are blown 510 cubic inch powered rocketships, and when the water is flat there isn’t much that will keep pace with them. This is where you can see a 50 hp outboard for sale. 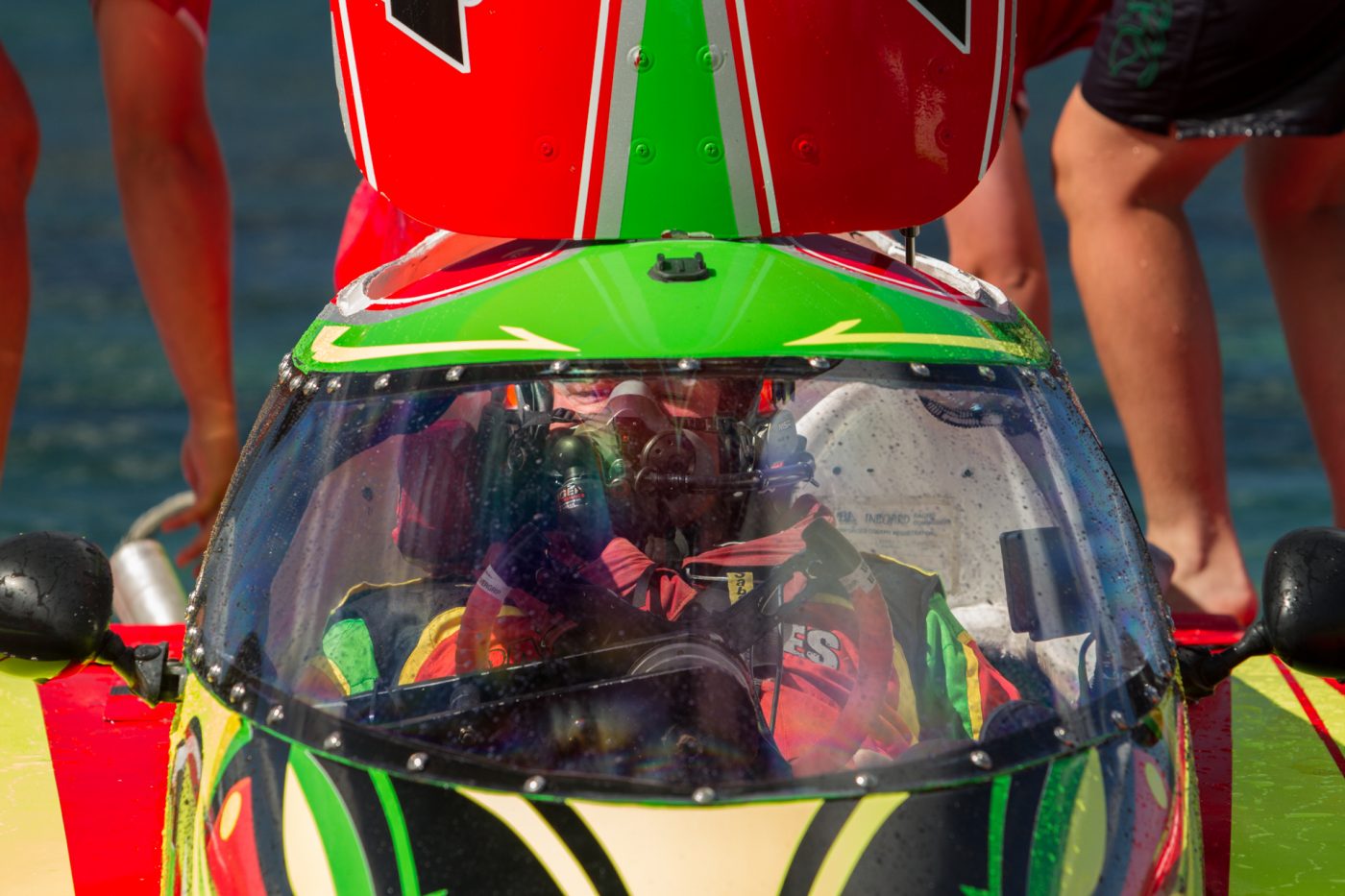 The cockpit isn’t one of comfort either.  It is pure business and resembles more of a fighter jet cockpit than that of a boat.  I guess the ‘plane’ in hydroplane starts to make sense. 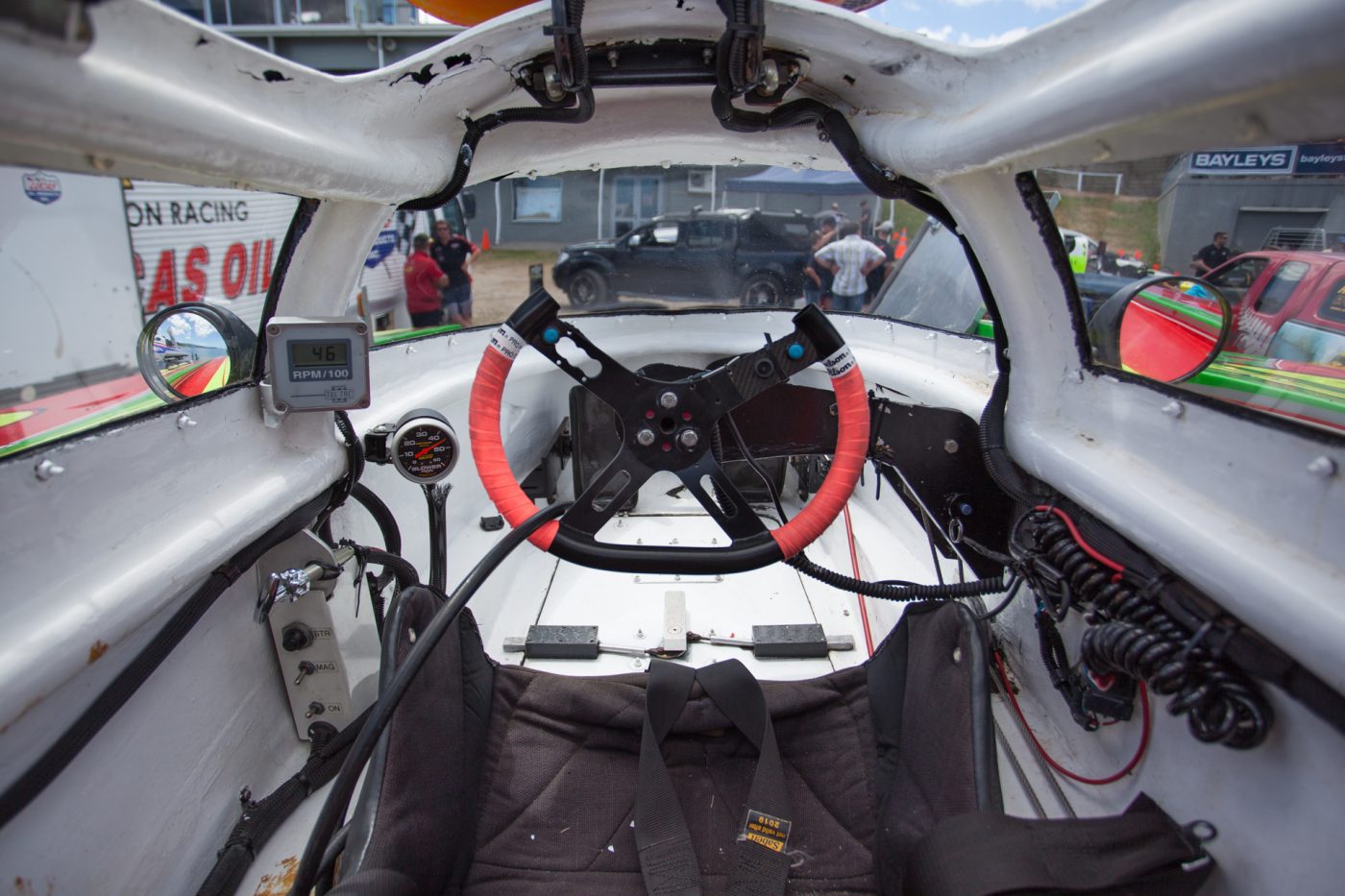 The pilot lays down in the seat harnessed up by a 5-point system, there is one pedal that is direct drive to the engine, and the pilot is connected up to an oxygen system incase the boat was to flip and sink. 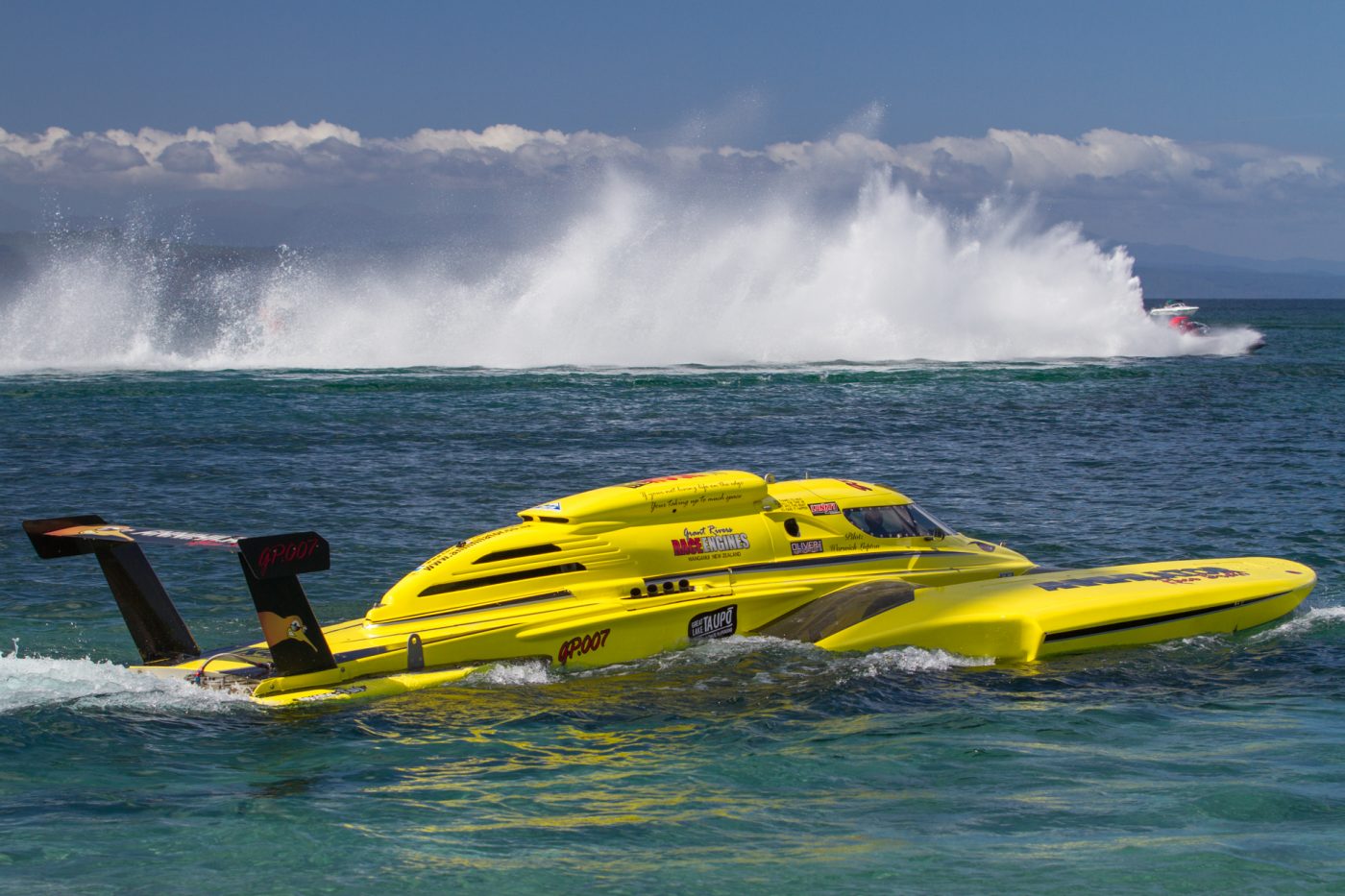 When the pilots put their foot up it, the boats are capable of 270-280kph.  Throttle control is of paramount importance as when the front lifts at speed you need to know exactly when to get out of it to bring the nose down otherwise you will take off just like their winged friends. 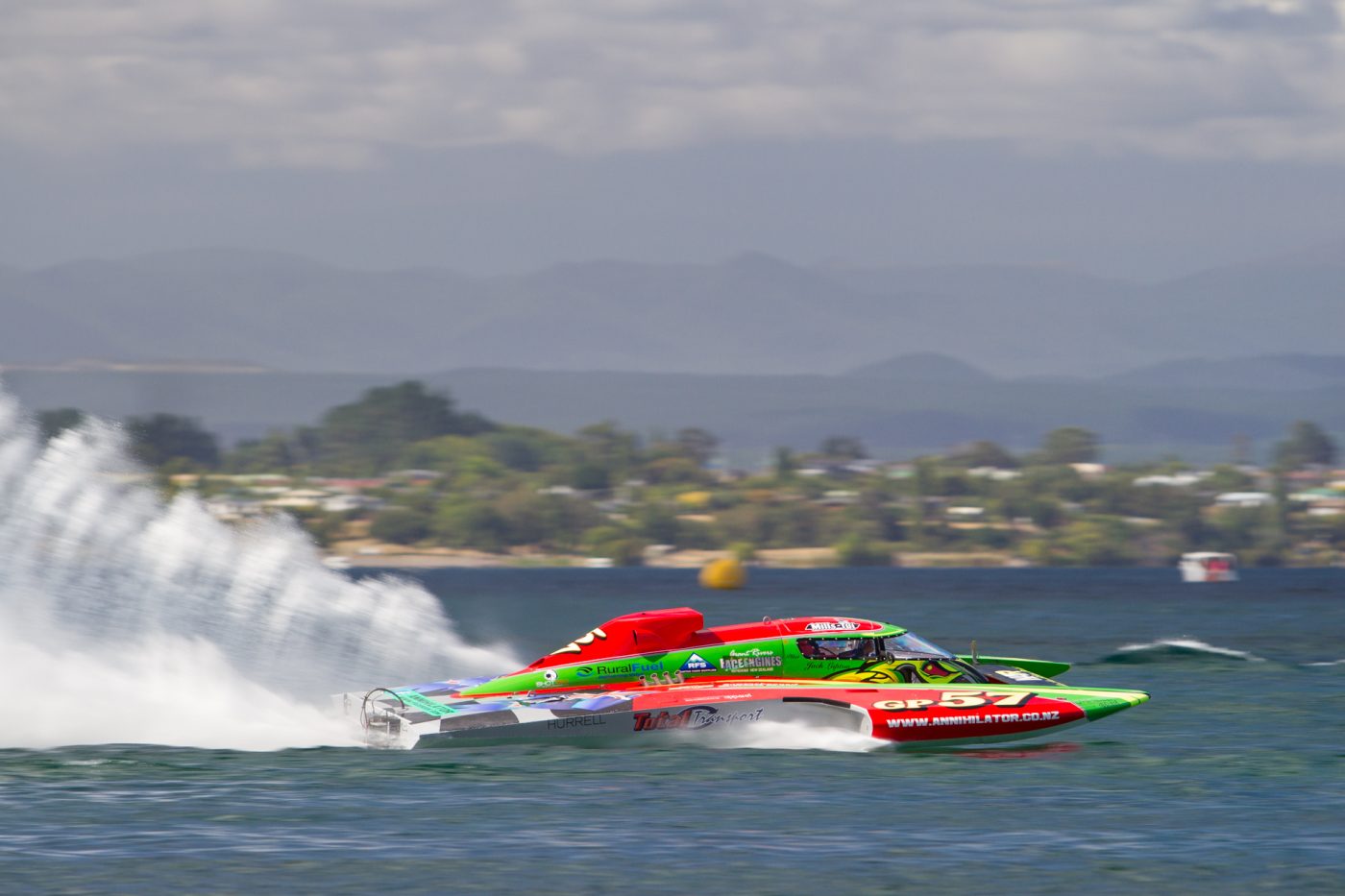 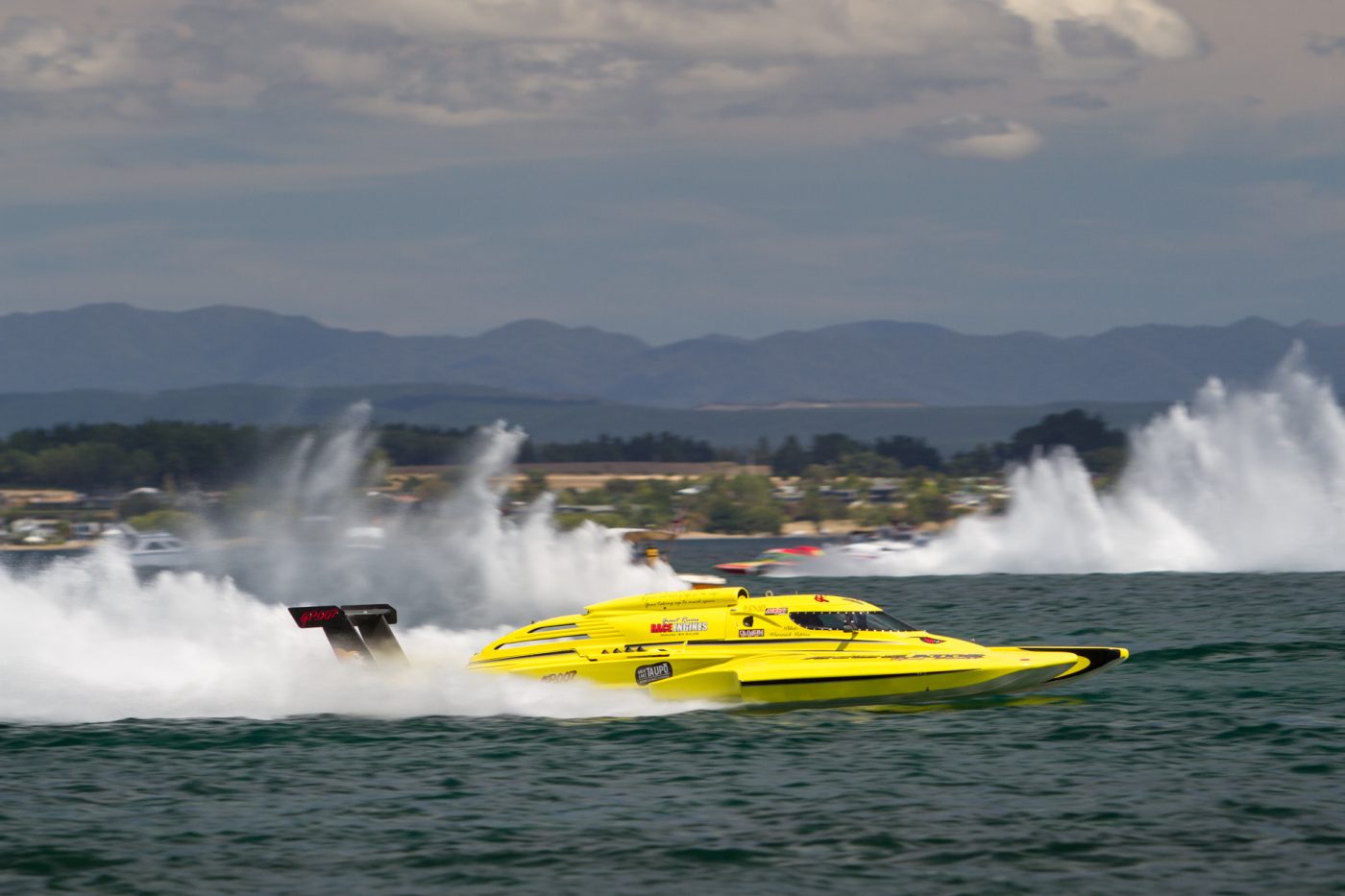 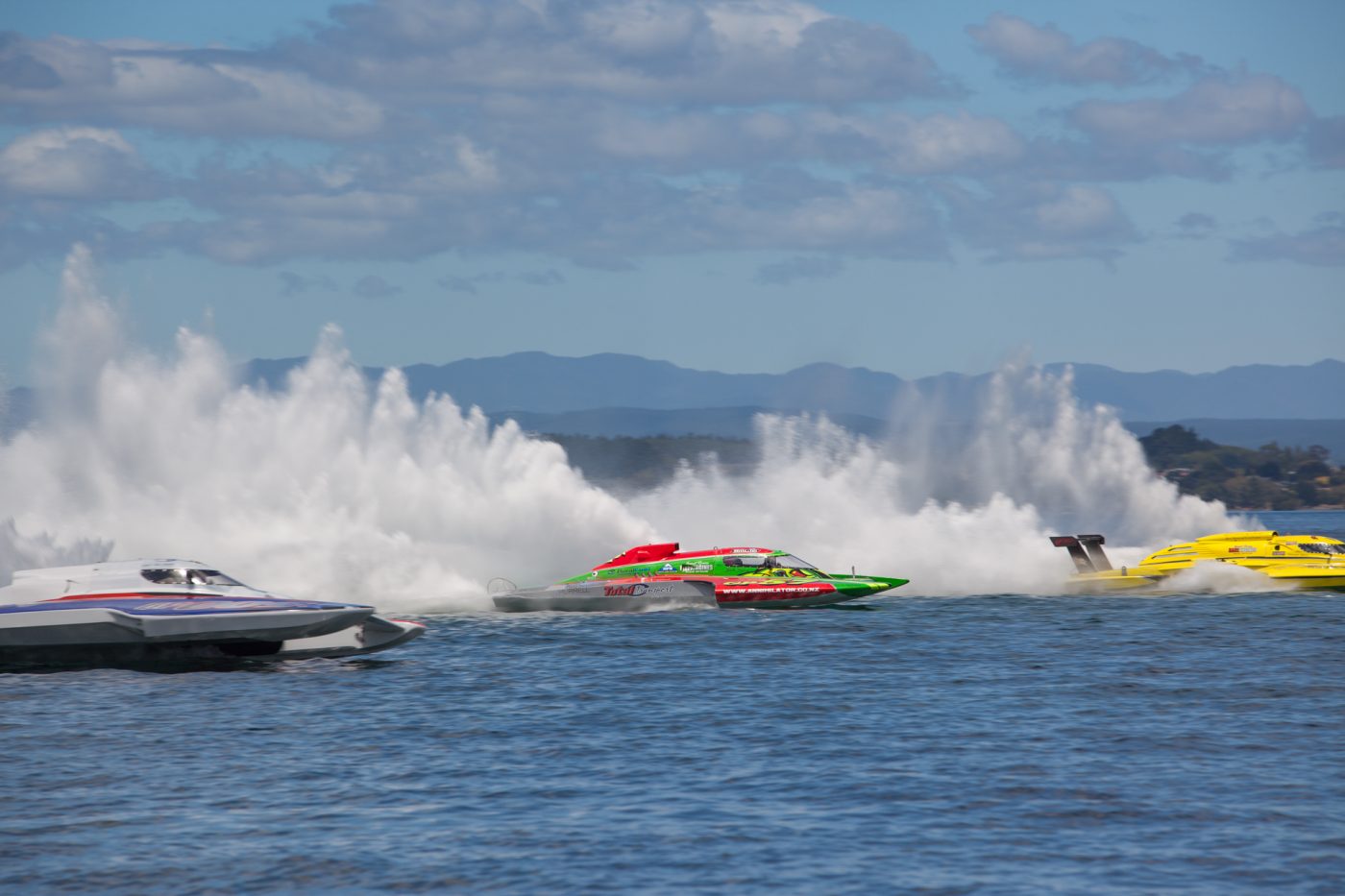 Then there is Ken Lupton in Lucas Oils GP009.  Yup hydroplane racing runs deep in this family. 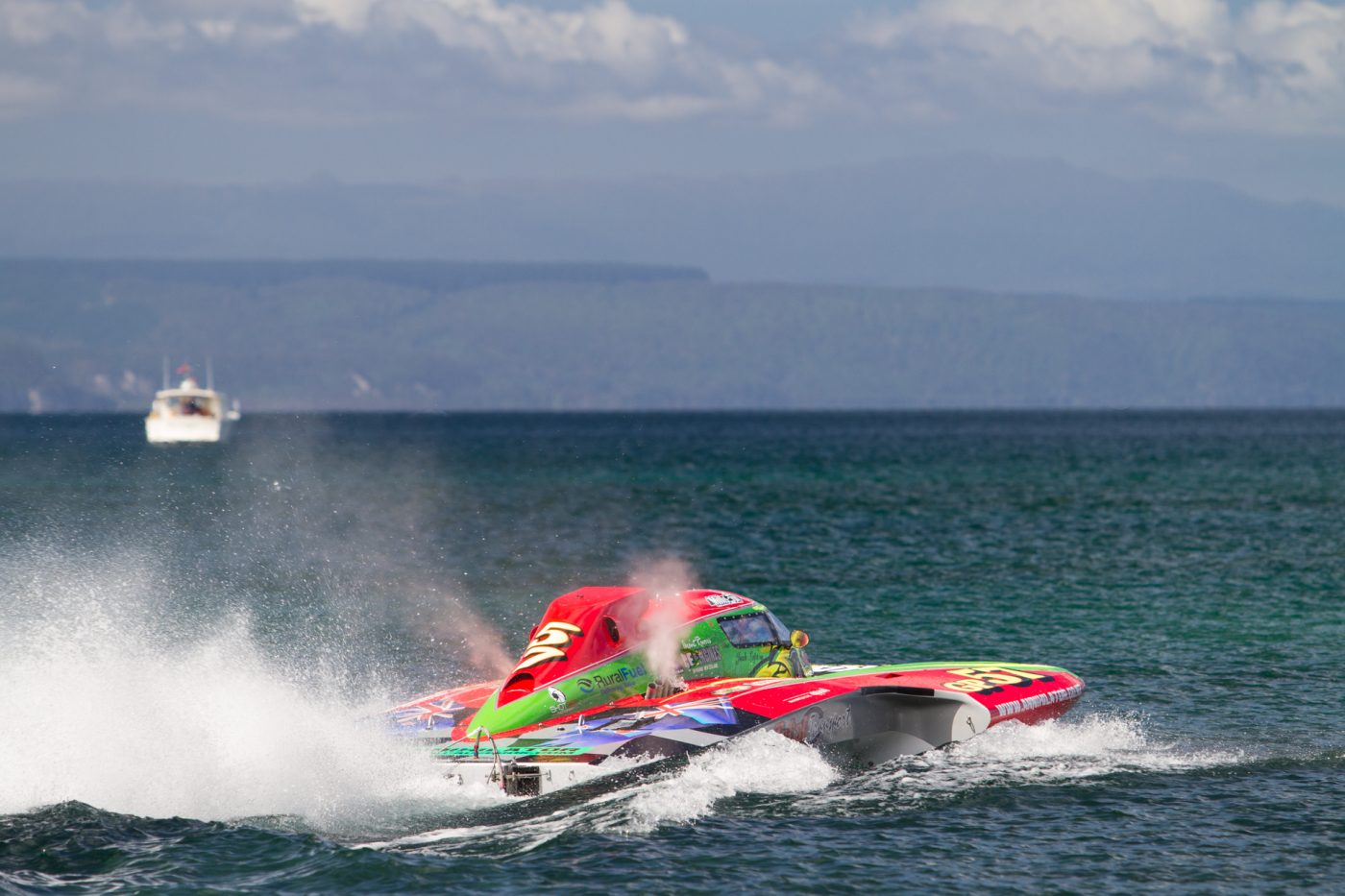 The incredible sight and sound of these machines is beaten only by the smell.  Methanol-powered means the smell that lingers in the air just reeks of speed. 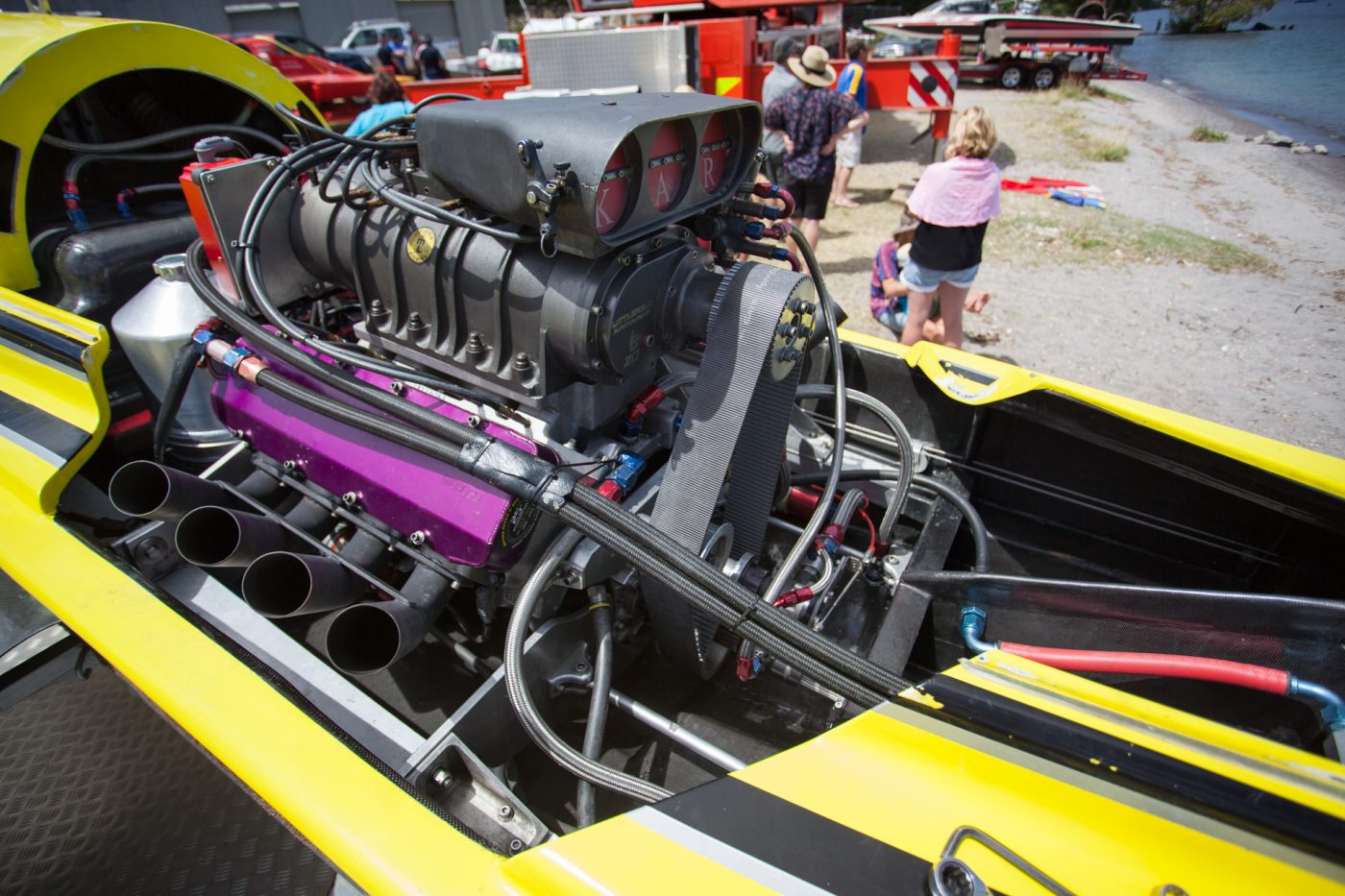 Hidden away by the cowling, the beating heart of the boats are right in behind the pilots capsule. 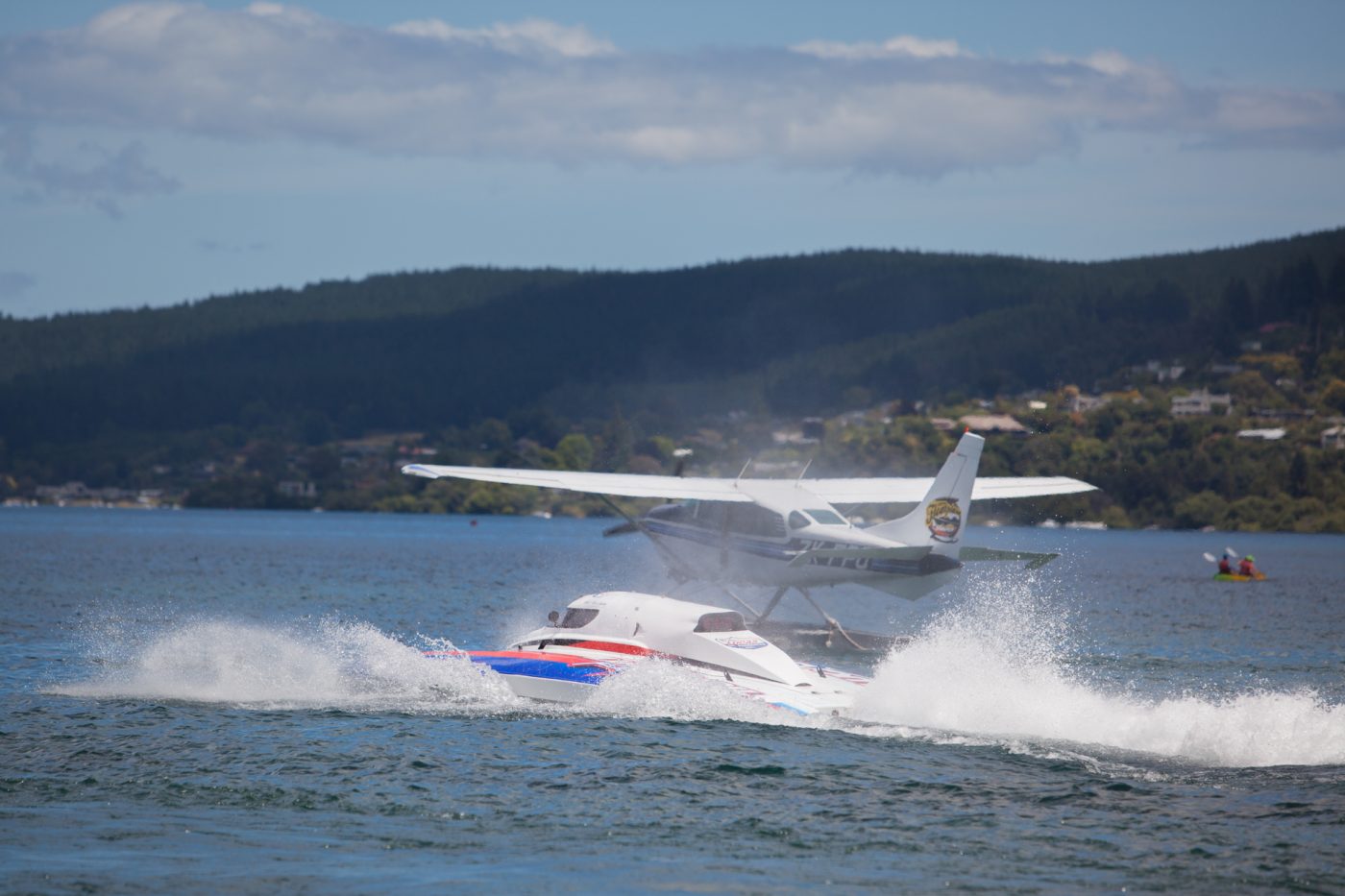 Getting the boats up and out of the water requires a little bit of speed so they seem to tread water until they start to skim.  Here Ken blasts past one of the local tourist float planes taking people for a scenic flight.  Float plane vs hydroplane drag racing anyone? 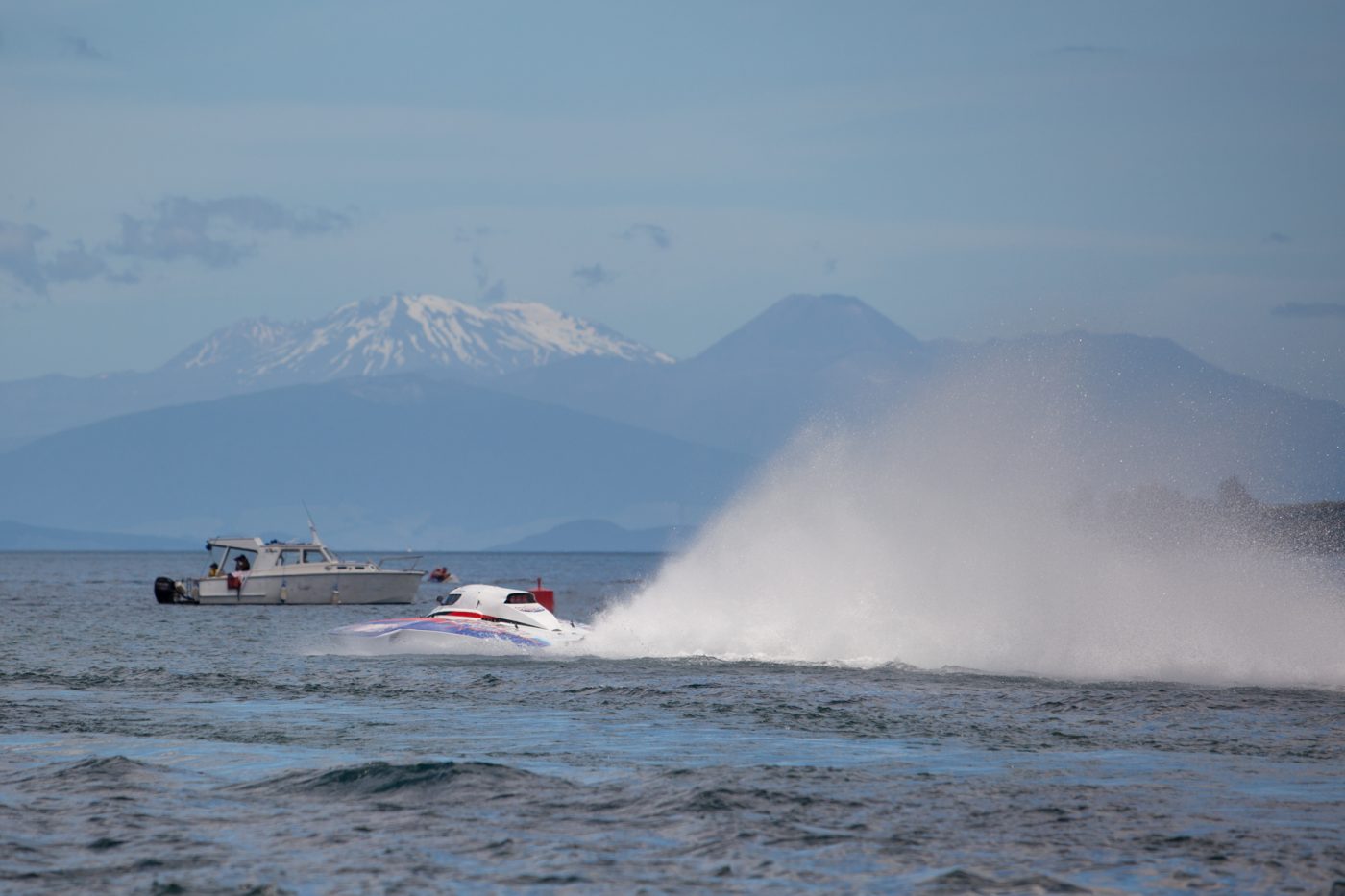 Once up and out of the water it is a case of eat my watery roost! 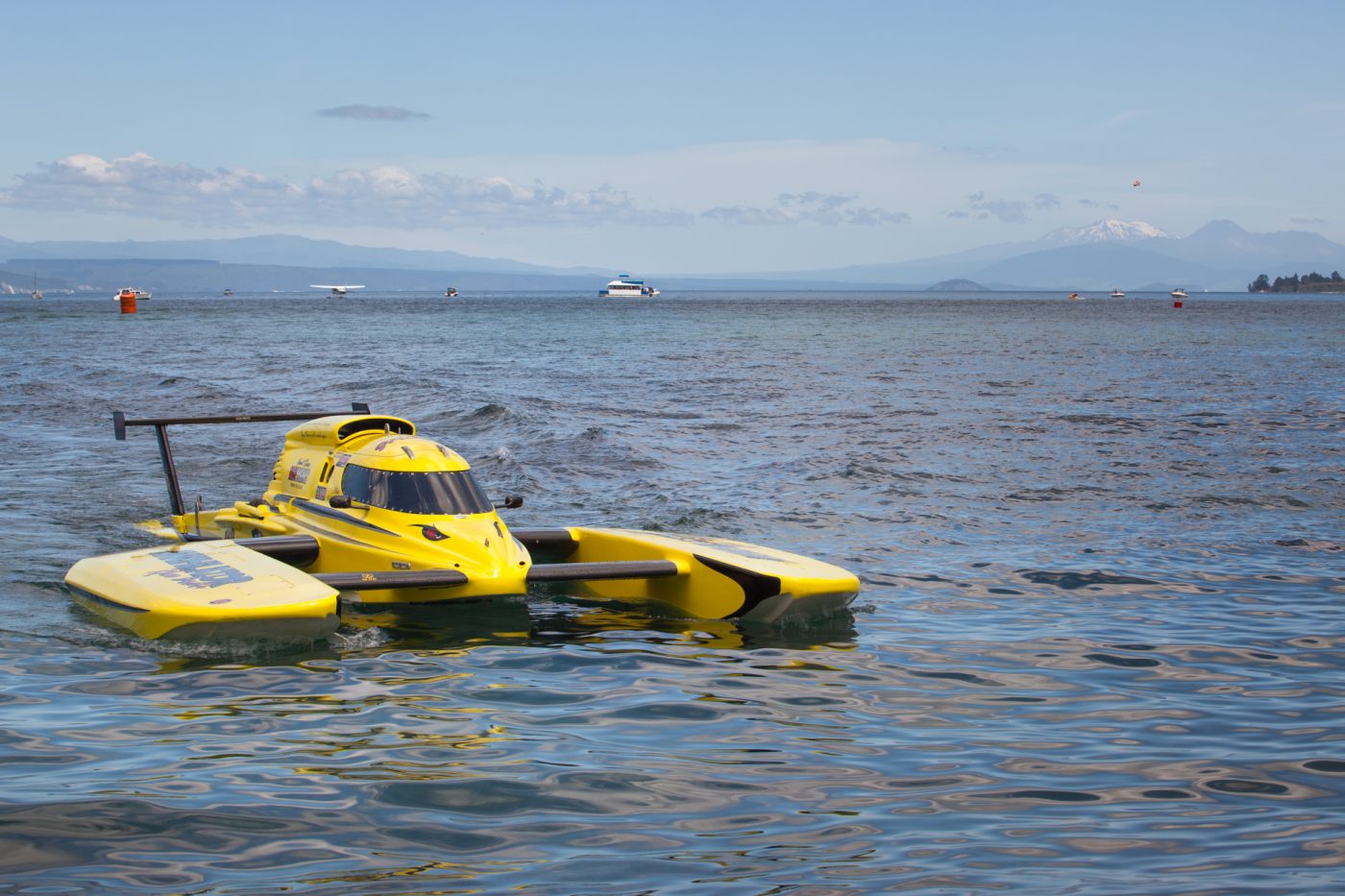 Even sitting still these boats look like they are going fast. 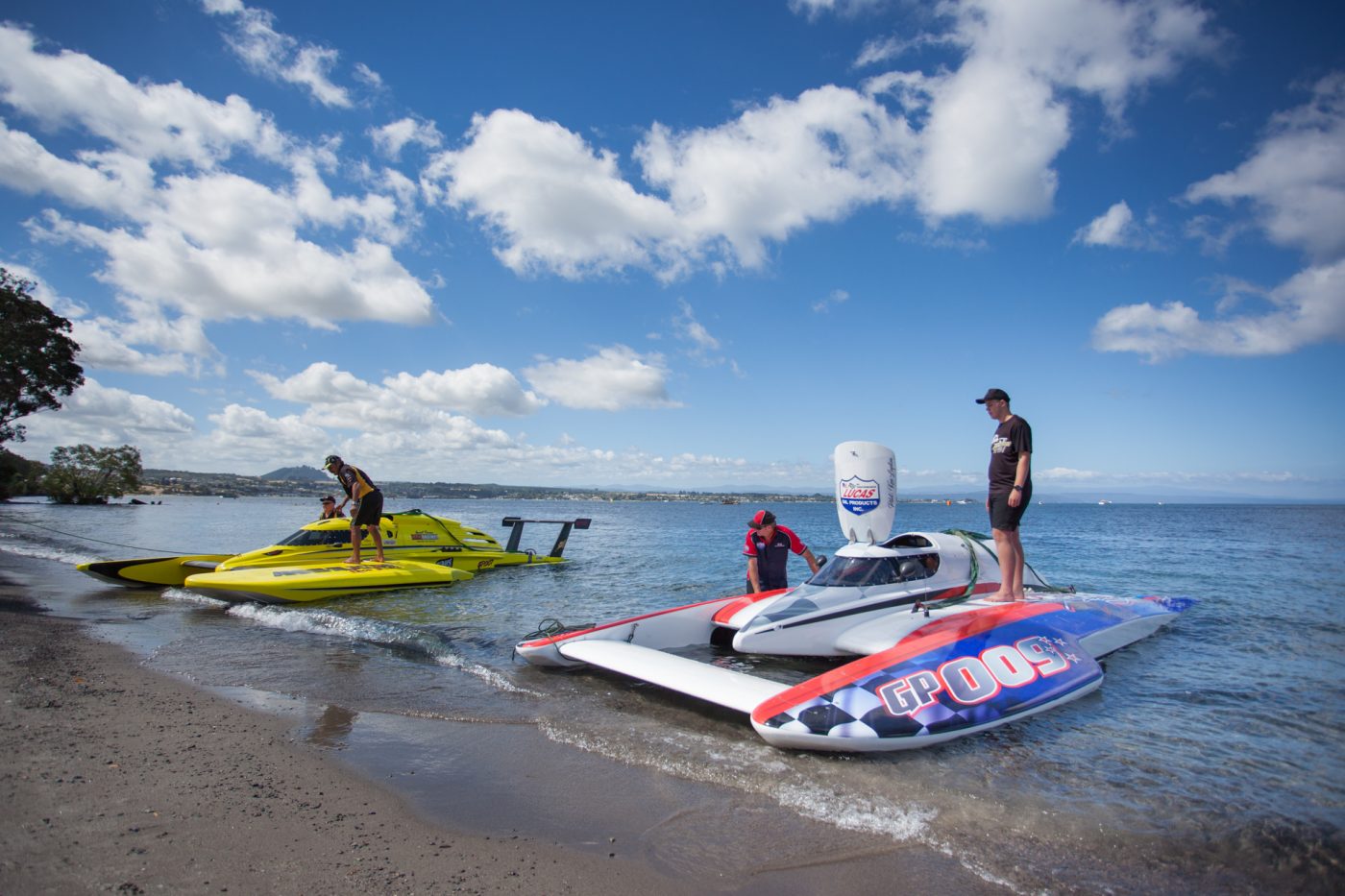 So that is 2000 horsepower packed into a raceboat.  If you like speed, noise, and a fantastic smell be sure to check these things out in real life.  You won’t be disappointed I can promise you that.