Since its debut in 1999, the Honda S2000 became an iconic success story for the Japanese automaker. It was a favorite amongst auto enthusiasts across the gamut, ranging from road race, show, the weekend warrior, and in recent years, the fitment community. The S2000 was a perfect RWD stable-mate to the NSX. No surprise since both cars were developed and designed under the watch of Shigeru Uehara. Uehara was responsible for a number of Honda projects including the Integra Type-R (DC2 and DC5), NSX-R, and the S2000 CR. But, as cliché as it sounds, all good things must come to an end. The 2008 recession and auto crisis hammered the final nail into the coffin for the roadster as it underwent a lamented departure similar to the NSX. Today, the S2000 lives on through its lucky owners. Timeless aesthetics, an endless array of aftermarket parts, and a proven portfolio of perfectly fitted examples make it a choice canvas within the fitment community. This car is approaching cult-status!

So it’s my pleasure to feature one of my favorite cars for my first Fatlace blog contribution. This 2007 Laguna Blue pearl beauty comes all the way from Toronto, Canada and is owned by James Won, of Level One fame. Yes, you may have seen pics of his car online but not like this, and never again. As you may have guessed, the car has been parted and sold to the next lucky owner. But let’s take a moment to admire the work of James AP2 through the lens of Backstage Productions films and Henry Chan (TWENTYNINE photography). This is a perfect homage to the Honda S2000.

FOLLOW THE SUN – LEVEL ONE HONDA S2000 from Backstage on Vimeo. 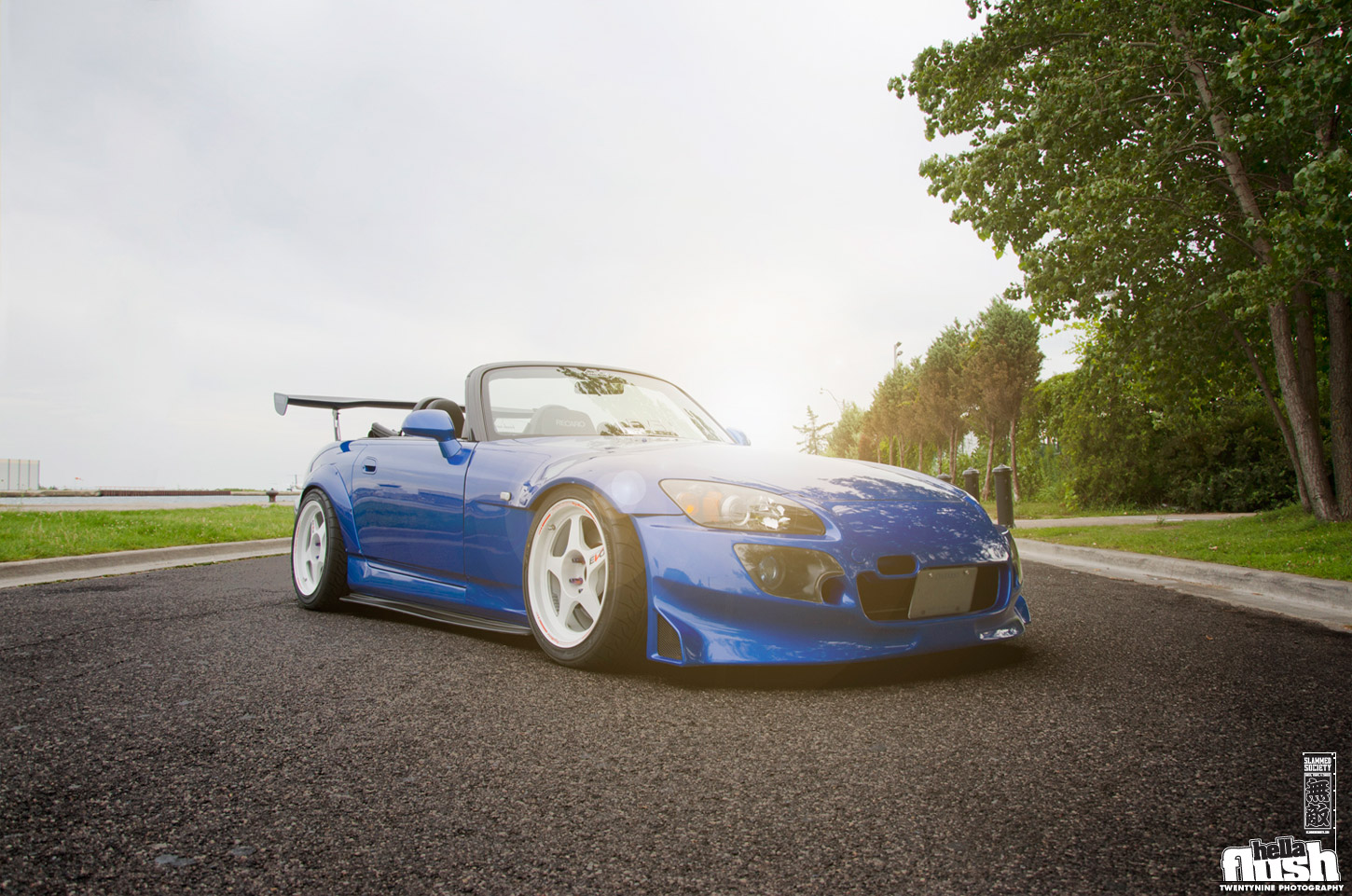 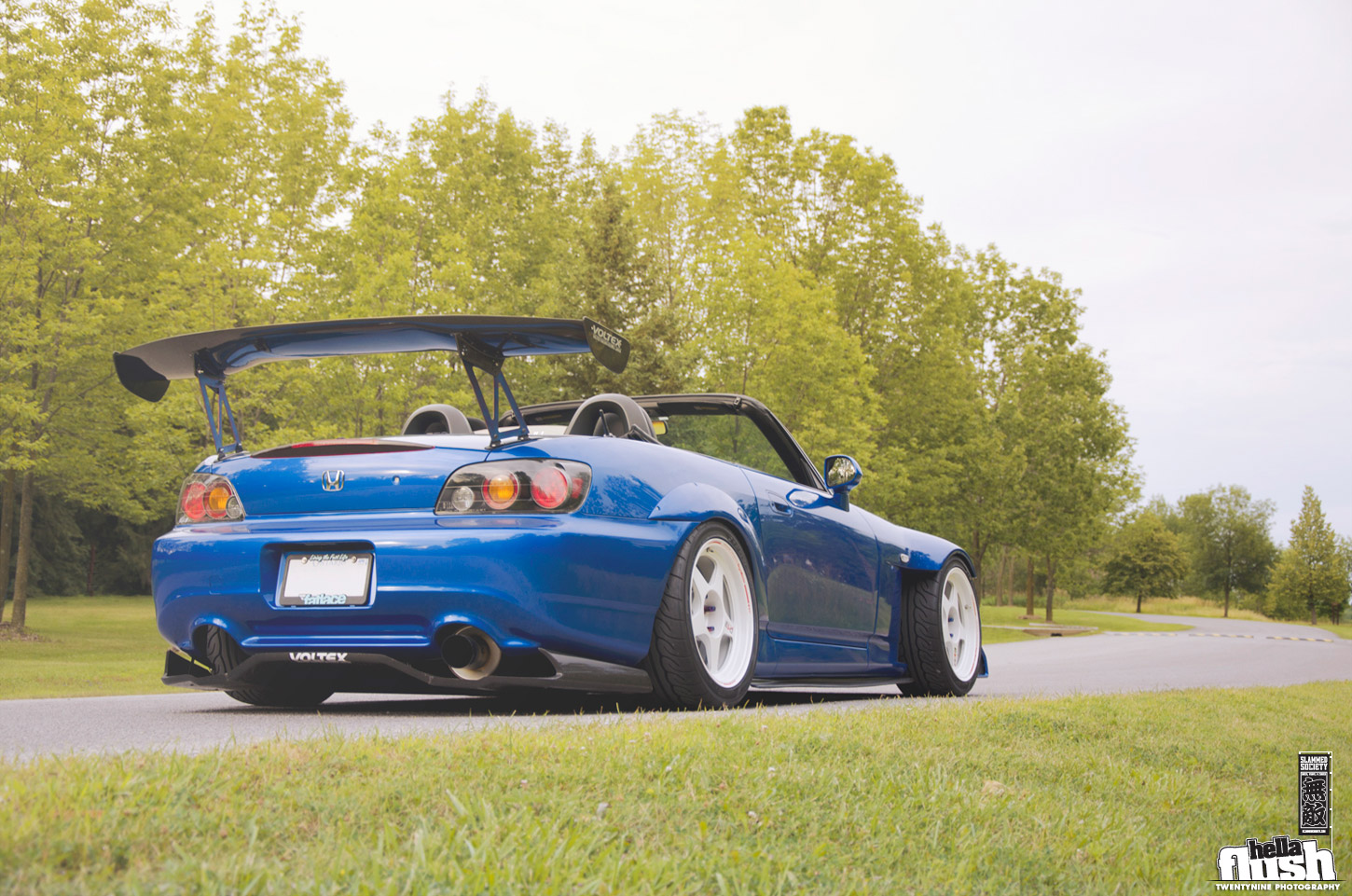 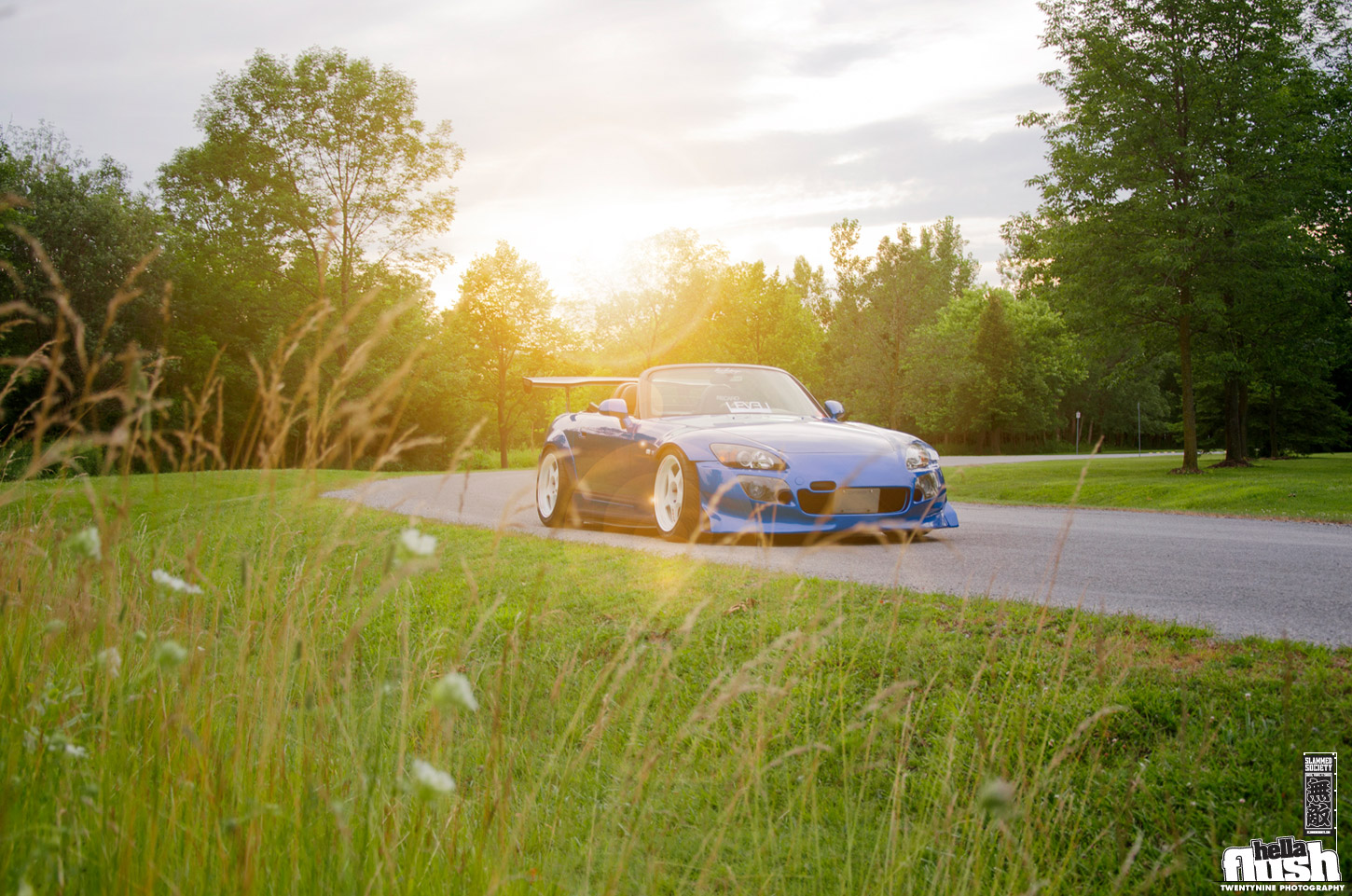 The car underwent a couple of changes including the departure of his previous Volk Racing TE37SL 18×10 +30 rollers to Desmond Regamaster Evo in 17×9 +18 trim. Before you second guess the specs, it was originally GTR-spec wheels but bored to accommodate the S2000 hub. Gone are the stretched tires previously wrapped on the TEs. For the last hurrah, James went meaty flush with a set of Yokohama ADVAN Neova AD08 tires in 235/40/17 (front) and 245/40/17 (rear) trim. The lighter wheels and grippier tires also allowed James to return the S2000 to track duties, another one of his hobbies. The Regamasters also complement the Spoon calipers, harkening back to EG6/DC2 days of Spoon SW388 set-ups. 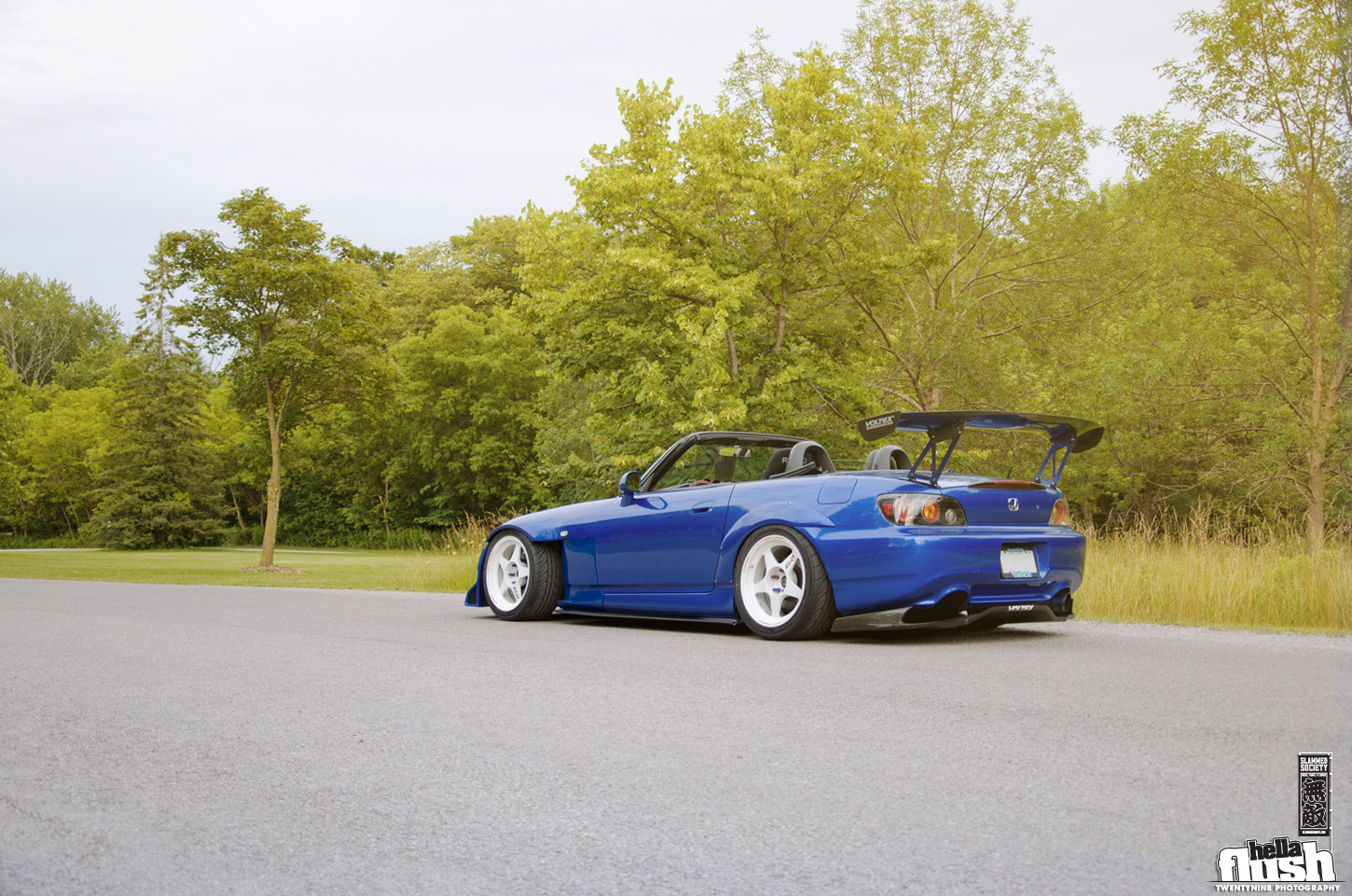 One of the more notable changes was the installation of J’s Racing Wide front fenders. It was a perfect pairing for the equally aggressive Spoon front bumper and loud Voltex treatment out back. The new fenders also gave a nice peek into the wide track out front. 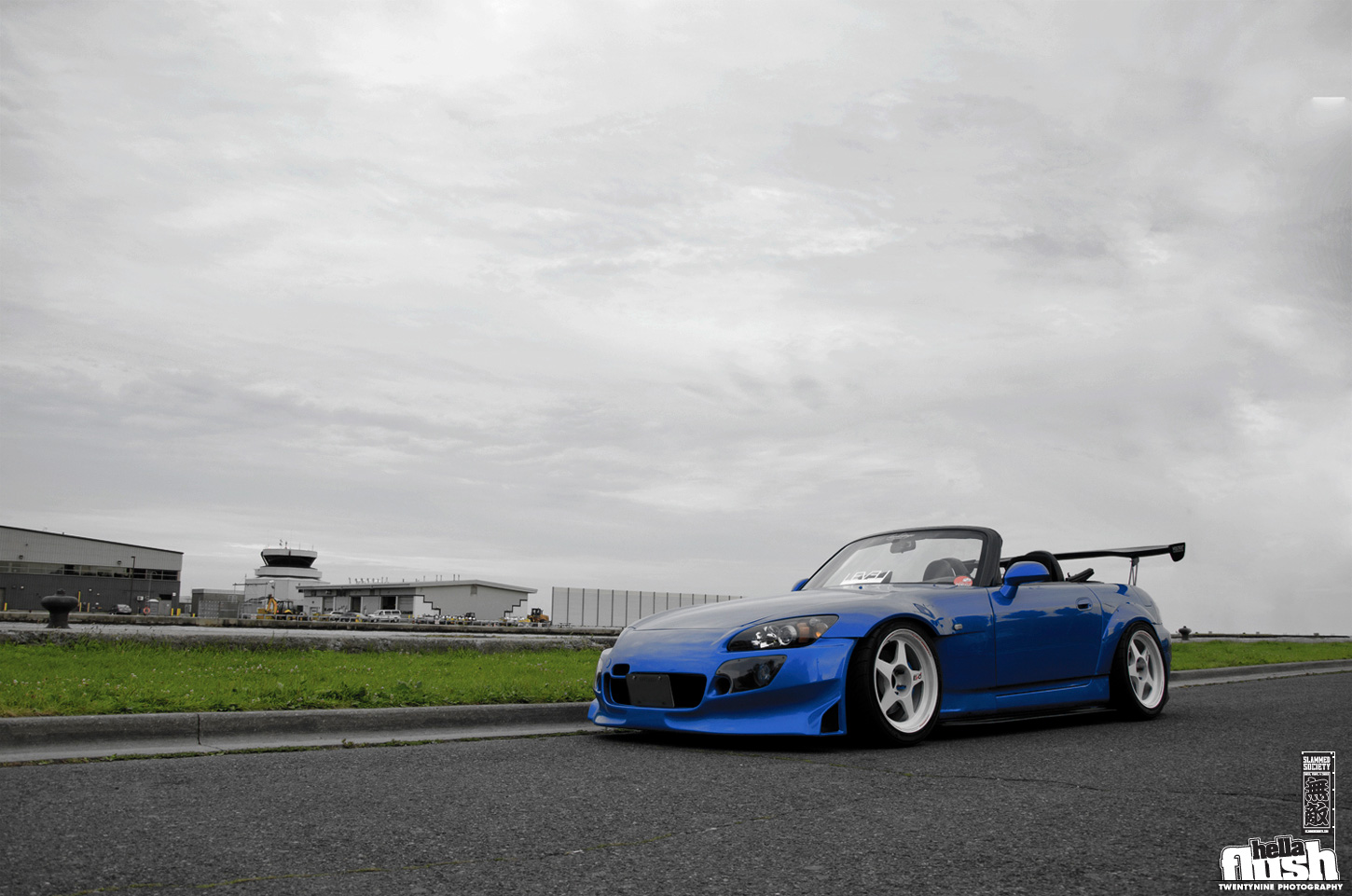 There’s more love for James S2000 in the latest issue of USDM Freax magazine v.7. Peep the mag if you haven’t gotten a chance! We got more heat up north and it’s my goal to share globally with enthusiasts worldwide. Special thanks to Mark and the Fatlace crew for bringing me on board.  I hope you enjoyed this exclusive feature!