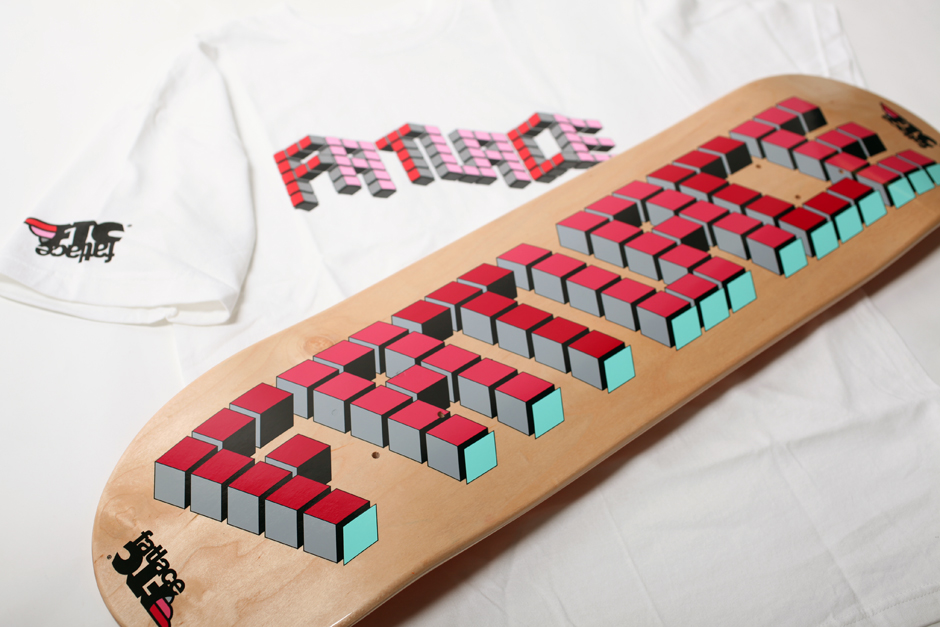 Now available on our online store and our store in SF!

A piece of the Puzzle.

From a temporary design position at FTC in the mid 90s to opening his own retail store and brand, Mark Arcenal & the crew at Fatlace come together with his former team, FTC to come out with this limited run of skateboards and tees. The board spells out FATLACE but if you look closer, you see the letters FTC called out.

About FTC
Established in 1986 and over the past three decades has earned the reputation as one of the true epicenters of real skate culture.

About Fatlace
Established in 1999 as an online destination for all things hip hop, Fatlace today has captured a subculture that spends their time listening to music, riding bikes, cleaning kicks and fixing up rides.