I was recently invited to attend the product launch event for GoPro and their much anticipated new line of products. The private event was held at the Squaw Valley Ski Resort to give athletes and media the opportunity to test out the product after the unveiling from GoPro founder, Nick Woodman. 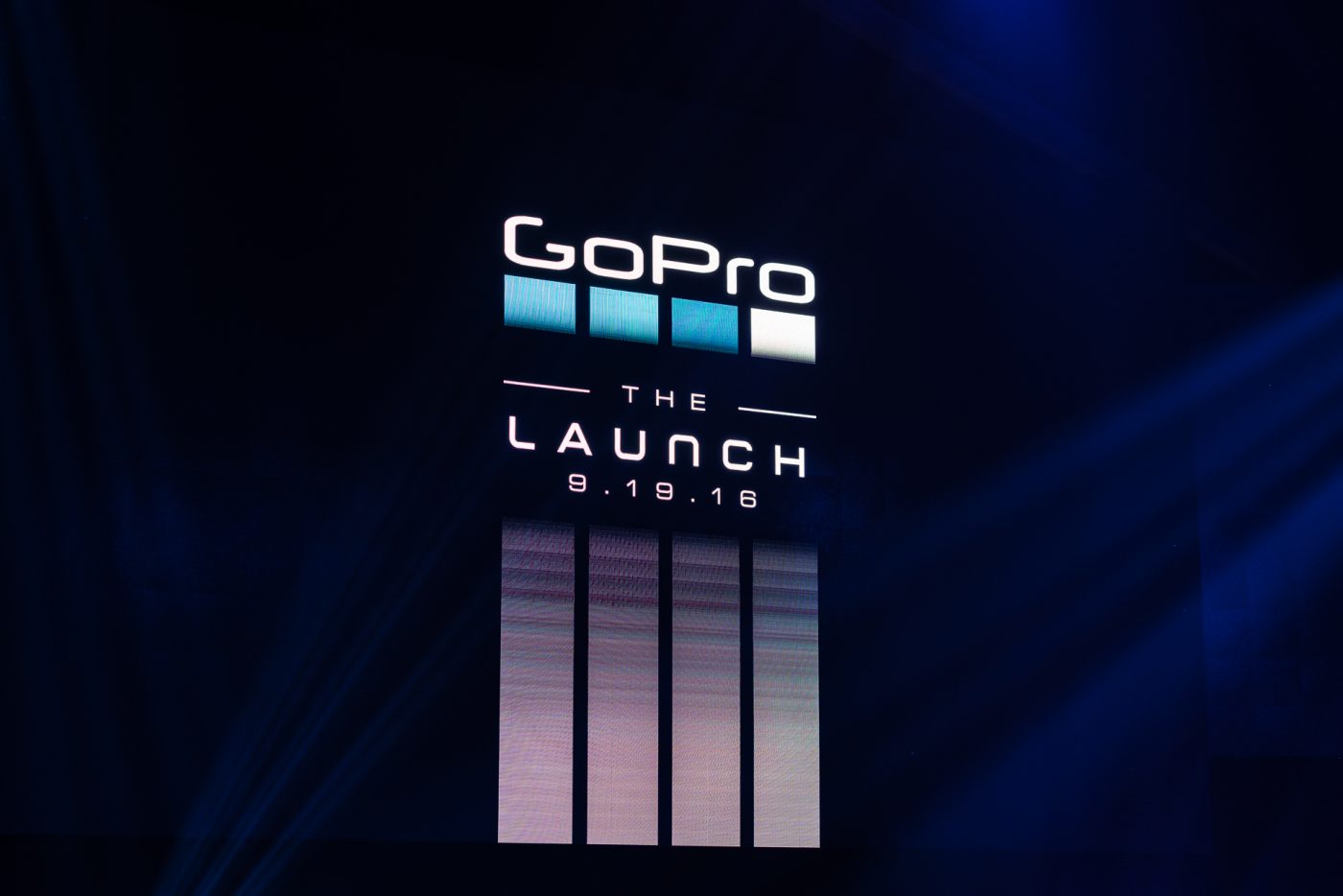 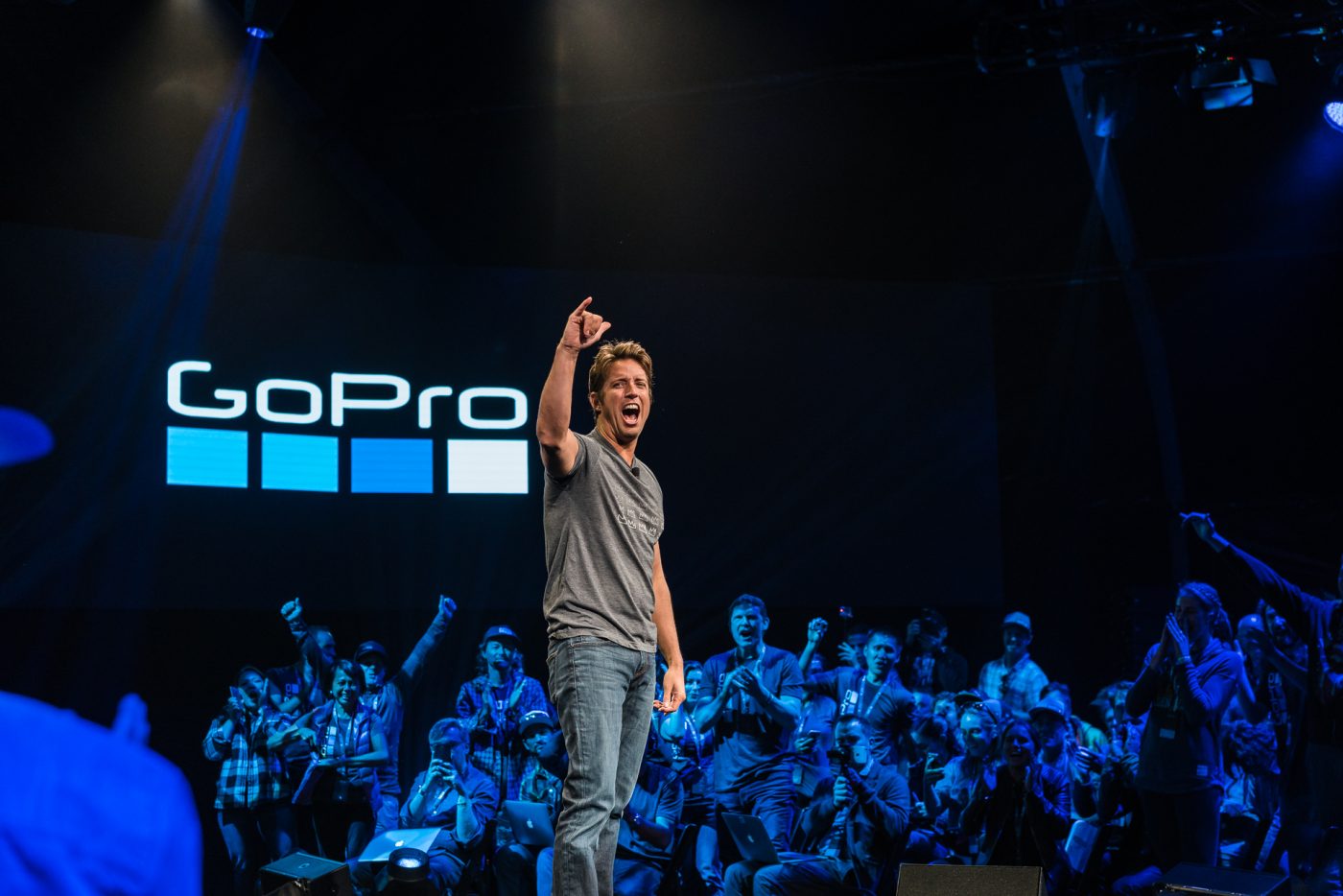 Let’s start with the HERO5 Black. This is their best camera to date, packed with features. The traditional GoPro shape remains (existing GoPro mounts still work), but the camera is now highly evolved, more compact, and rugged (rubber coating). The HERO5 is now waterproof (up to 33 feet) without a housing, includes a 2-inch touch display, and has voice control (up to 7 languages with more to added). The video resolution remains the same as the HERO4 at 4K at 30 frames per second and still photos at 12 megapixels. However, there is now electronic video stabilization, stereo audio recording and advanced wind noise reduction, built-in GPS, and RAW and WDR (similar to HDR) photo modes. 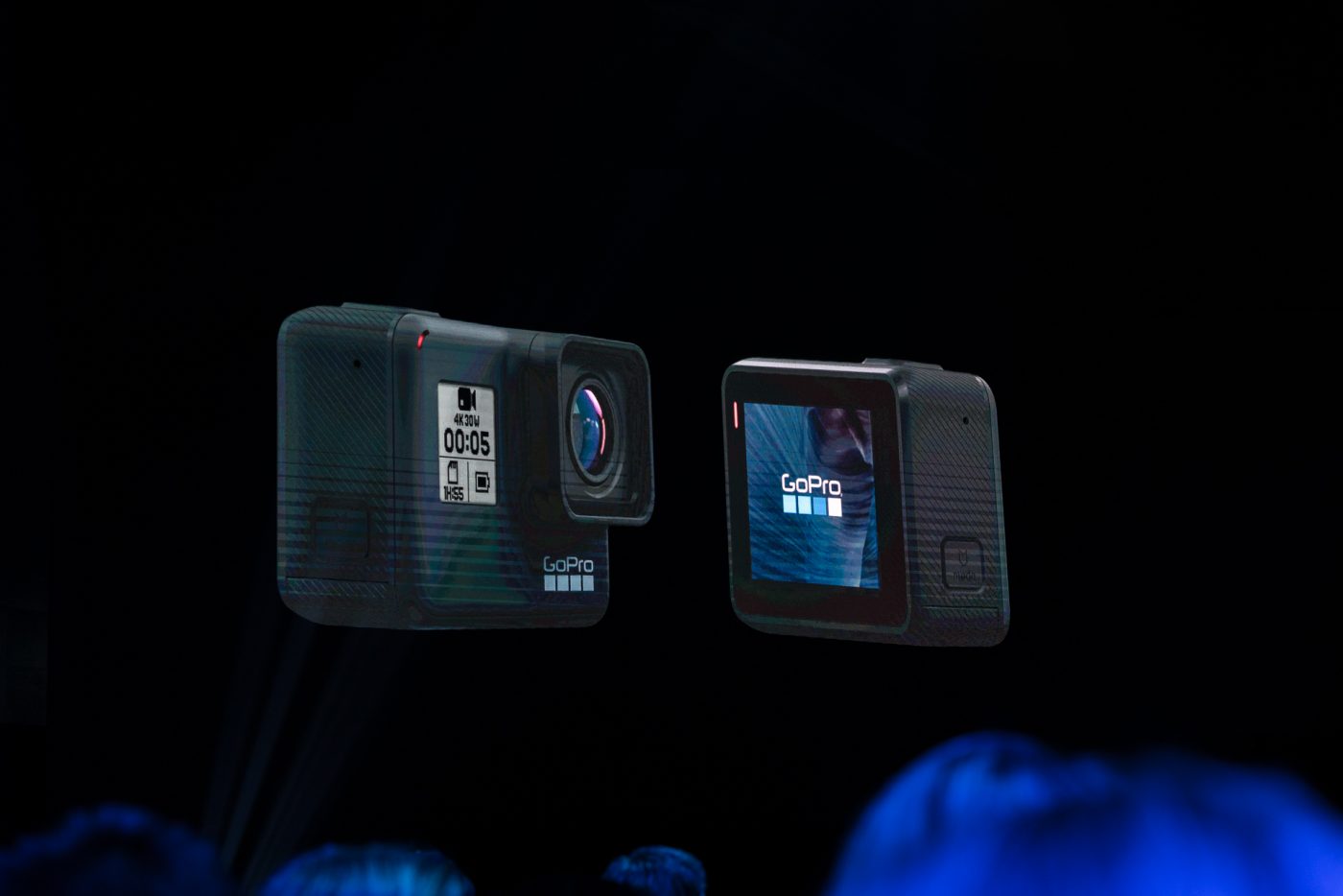 Only one, main, button will be used for navigation, with touchscreen controls giving users the ability to switch recording resolution, frame rate, and enabling them to view videos and pictures faster than before, with just one tap on the screen. 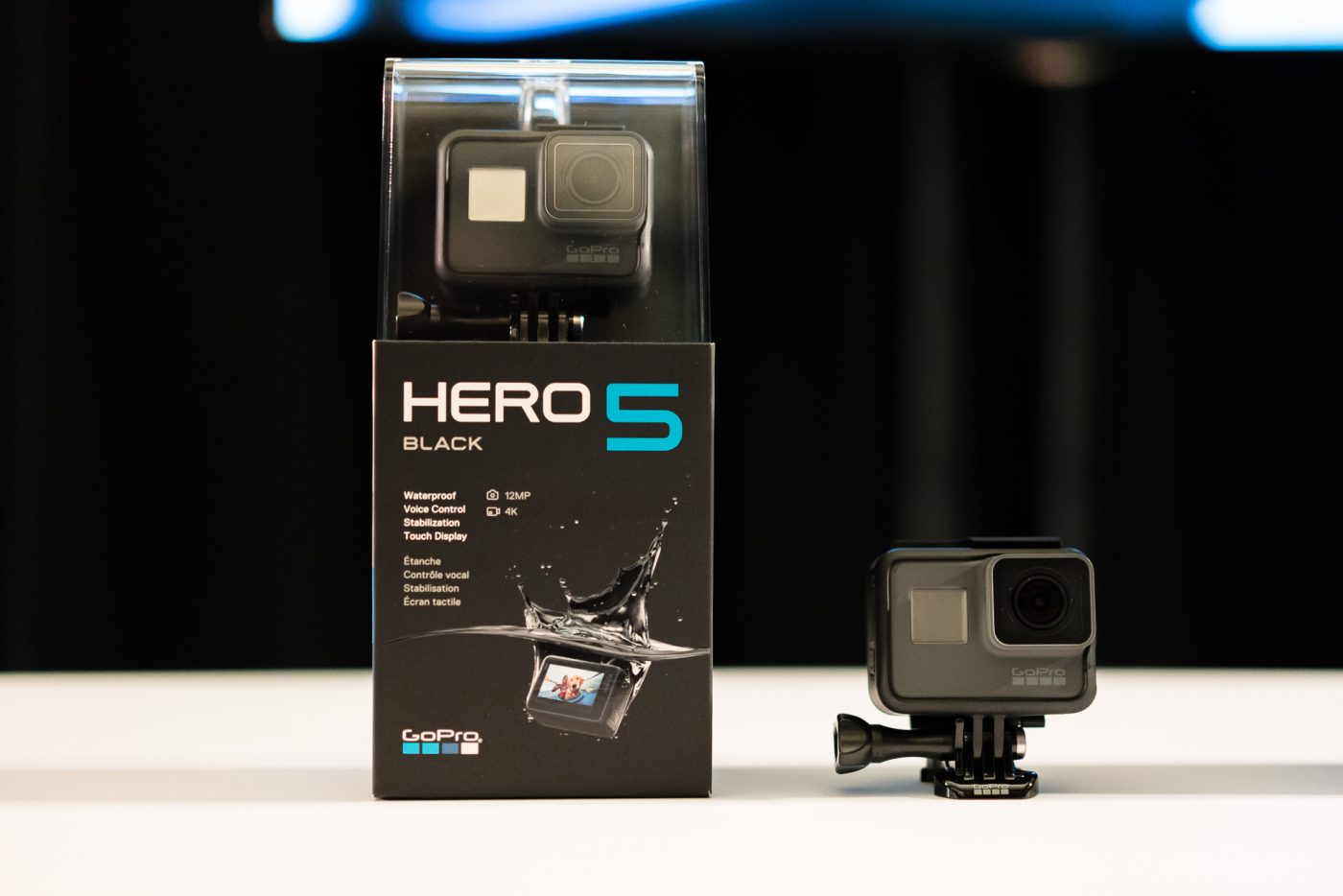 The HERO5 is straight-forward to use and boasts a 1-button control for navigation and touchscreen control to switch recording resolution, frame rate, and the ability to view video/photos quicker. I found the voice control to work much like “Siri” which works most of the time making it more convenient to use the HERO5. Once you learn the commands such as “GoPro take a photo,” it becomes easier and a bit of fun to use. 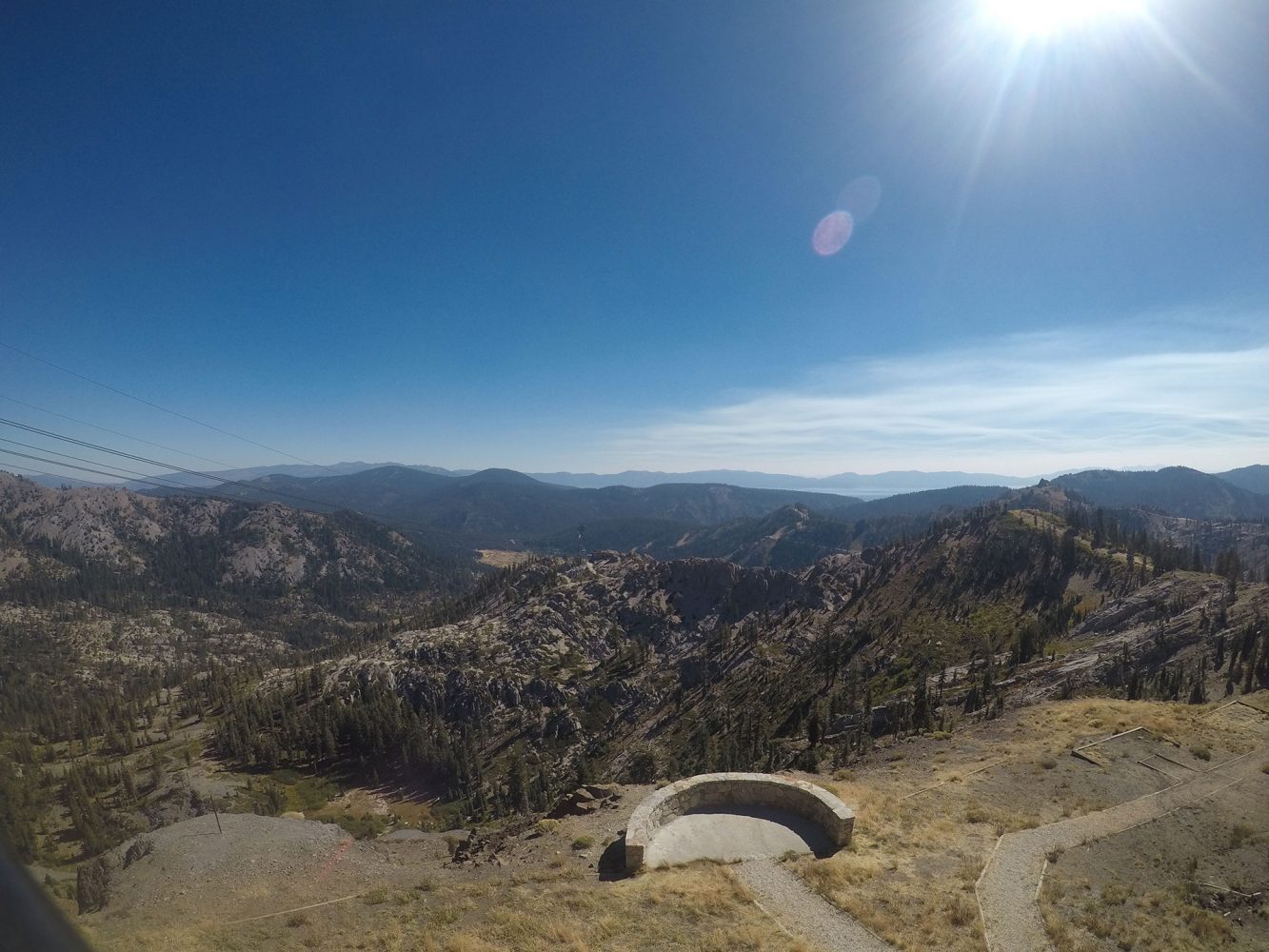 The new photo modes also give more control for your final image. For example if you are shooting a landscape image, the Linear mode evens out the horizon rather than distort it when you shoot in Wide, which I found to be a nice touch to save time in post. 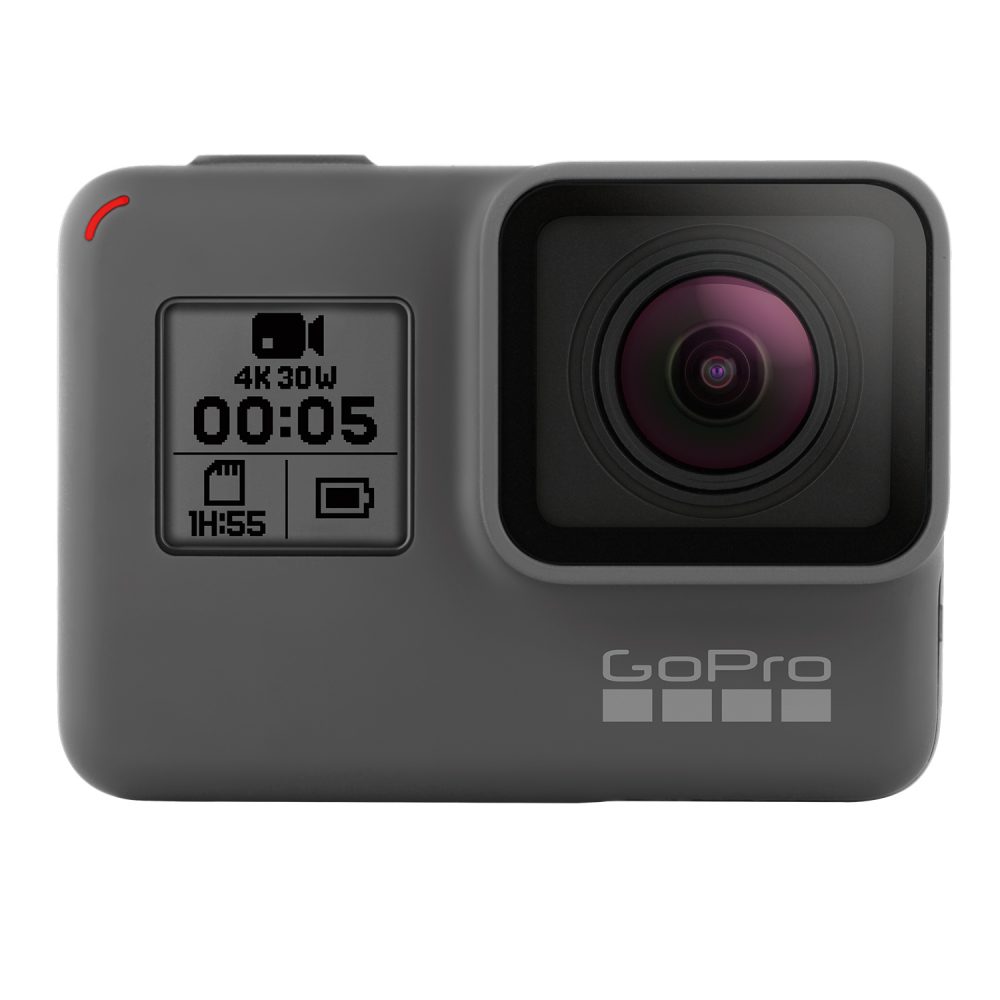 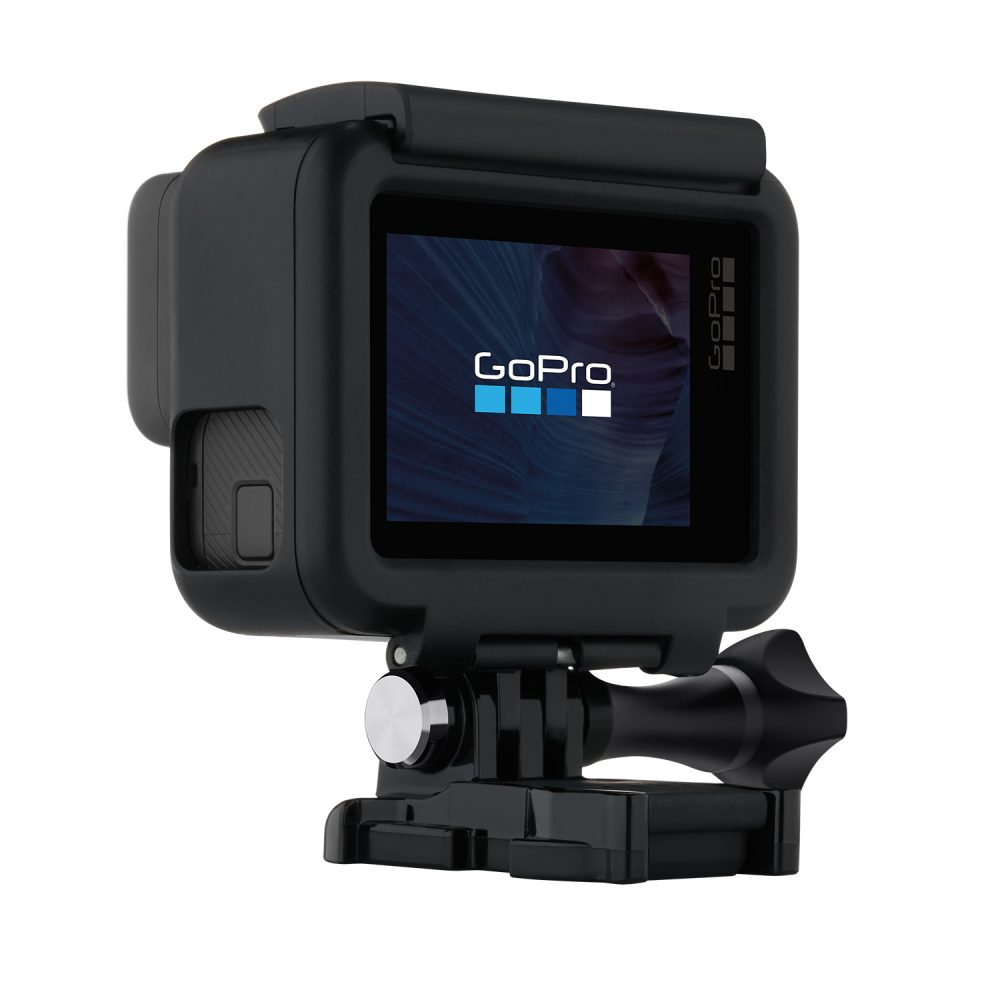 Improved battery life over the HERO4 is great, however the HERO5 has a new battery, which means you will need to purchase a new battery or battery pack if you plan to shoot for longer periods. The HERO5 also uses the new reversible USB-C to charge, which will soon become the standard. 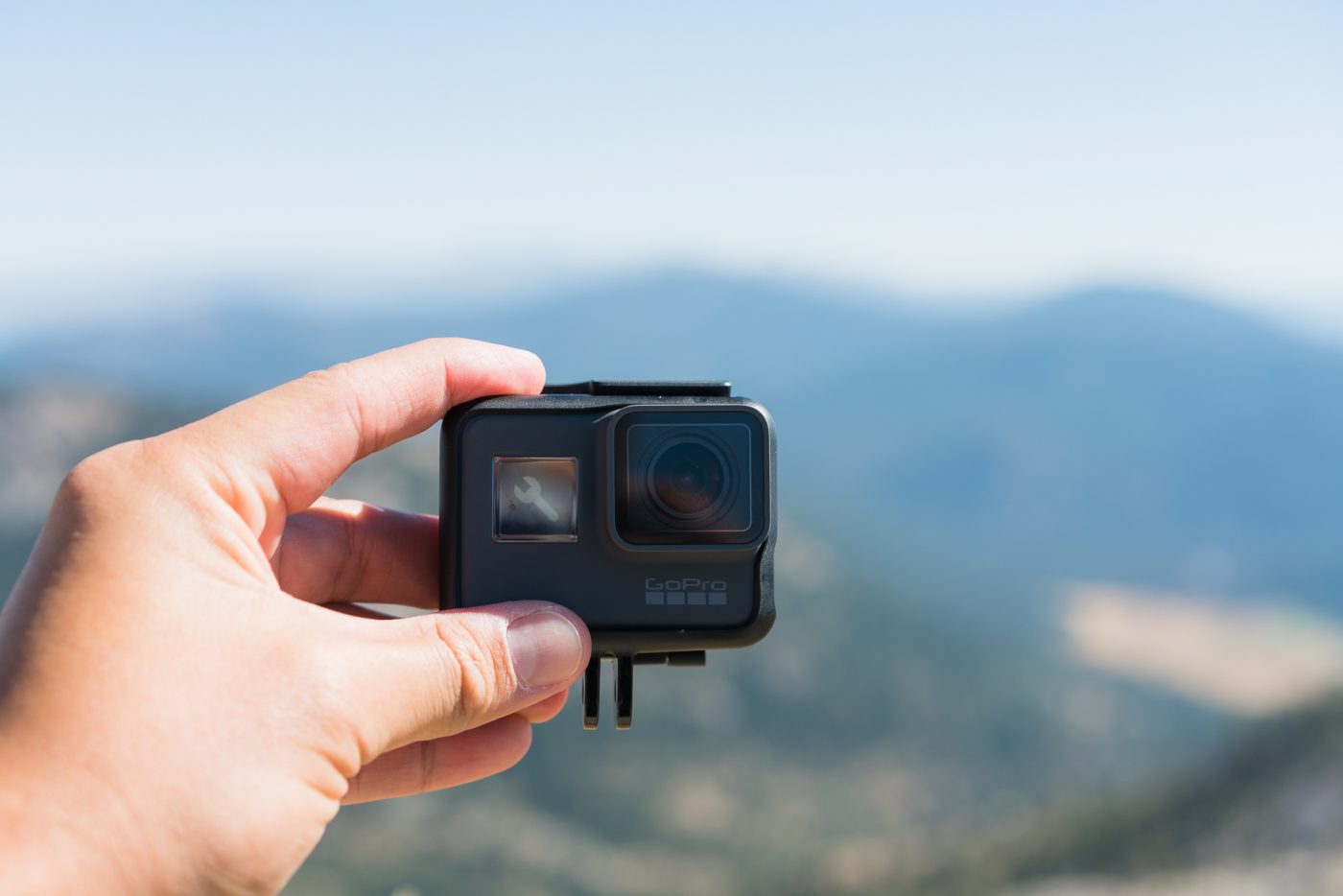 Priced at $399.99, this is actually a deal compared to the price of the HERO4 Black, and will be available on Oct. 2. 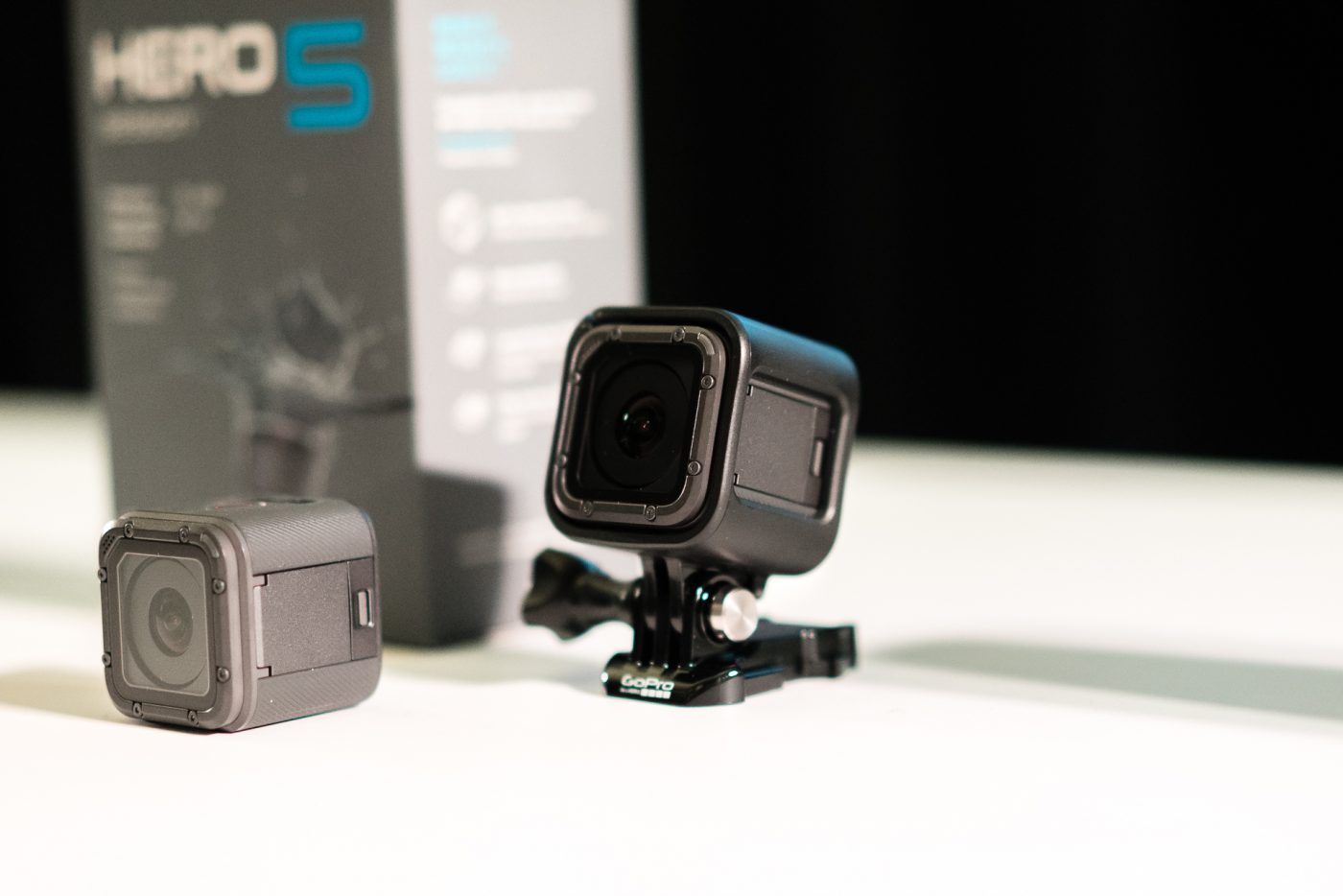 The new HERO5 Session is very similar in features to the HERO5 Black, but in an even more compact size. Let’s break it down. The cube shaped HERO5 Session has 4K video resolution at 30 frames per second, 10 megapixel images, voice control, waterproof (up to 33 feet), electronic image stabilization, and has the same 1-button control. It also works with existing GoPro mounts. 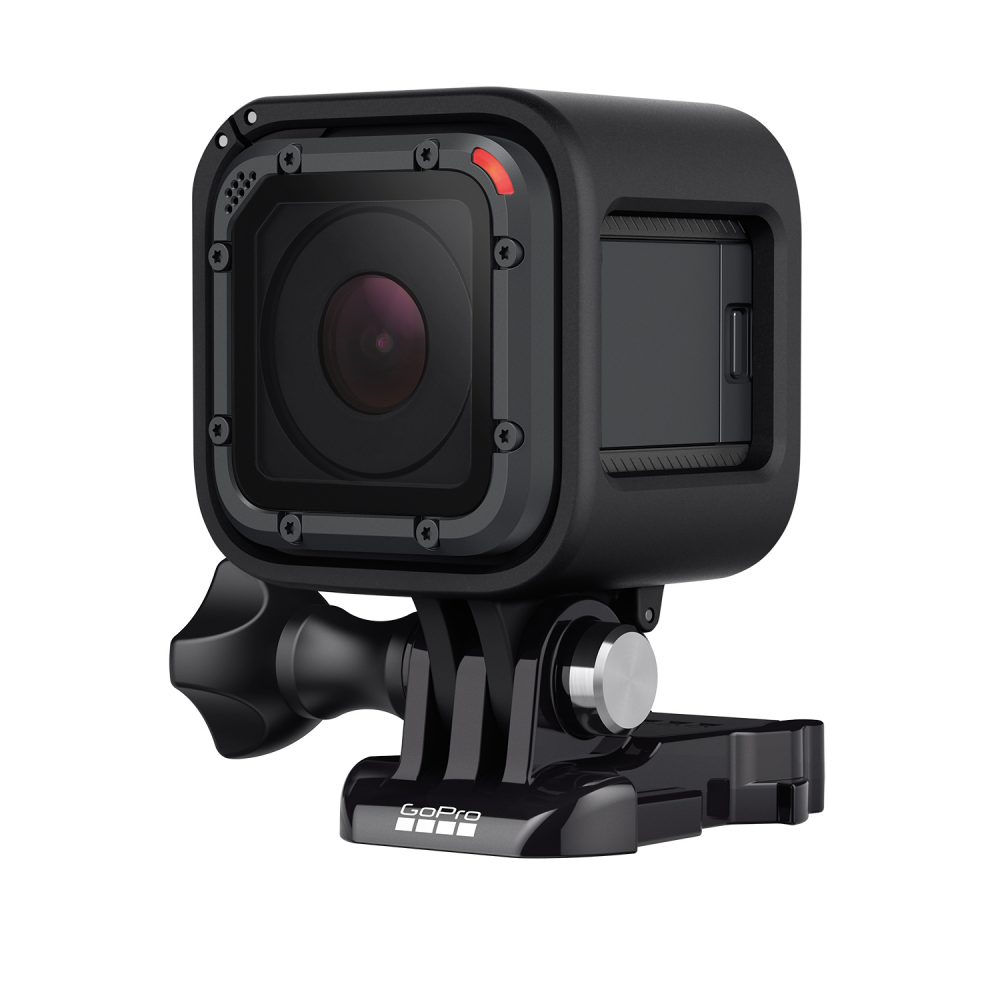 Both the HERO5 Black and HERO5 Session can auto upload photos and video to the Cloud, while the camera is charging, via a new subscription service, GoPro Plus. This provides users the ability to access, edit, and share content anytime and anywhere. The service costs $4.99 per month after a free trial and will also be available on Oct. 2. 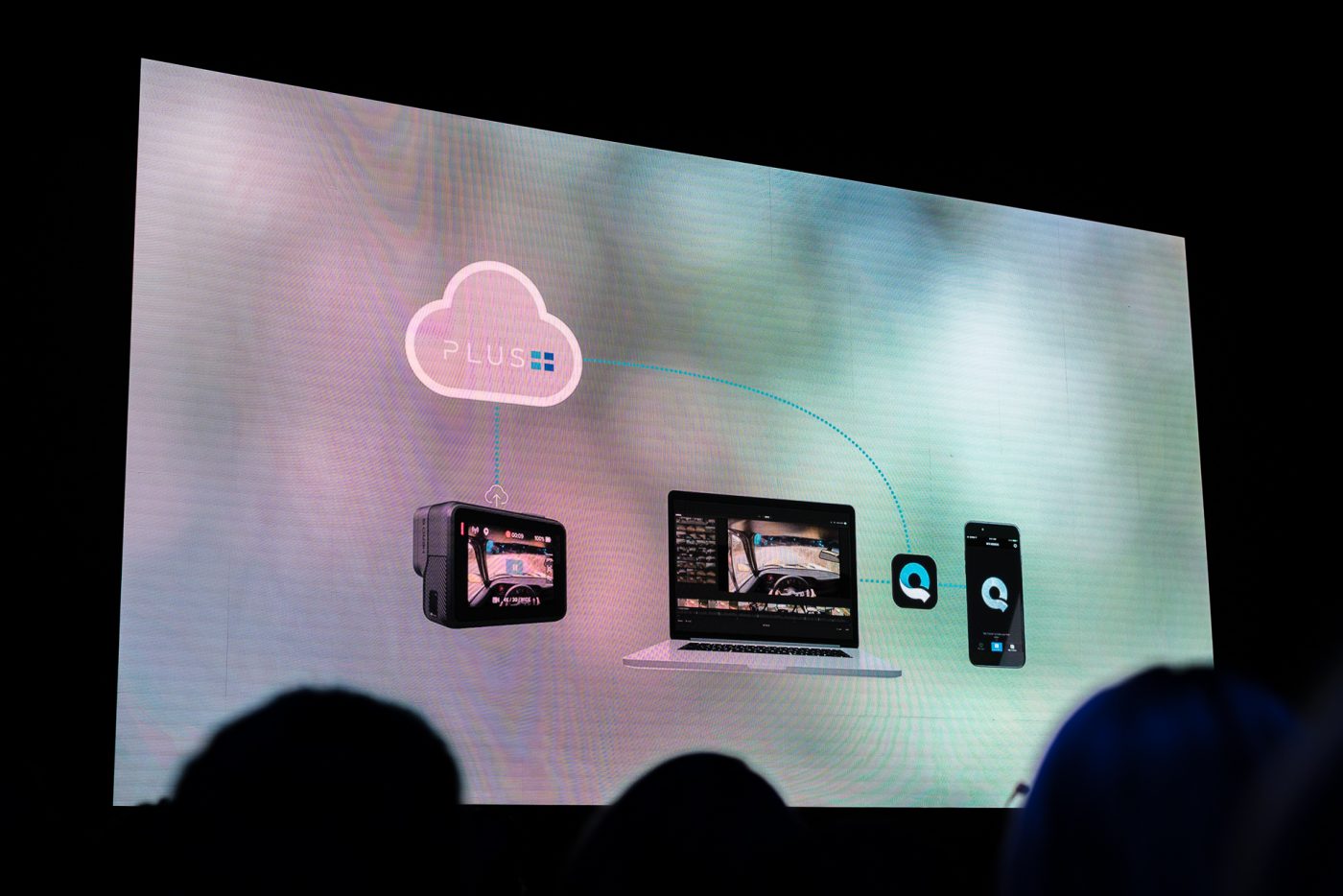 In addition, GoPro has launched the Quik App, for mobile and desktop. I haven’t had the opportunity to test this yet, but it looks promising. Quik’s goal is help users produce high-quality videos in an easy and “quick” way with robust features such as transitions and effects, while syncing to music. I’ll give this a “go” (sorry not sorry for the bad puns) next week during the Formula DRIFT Finals. 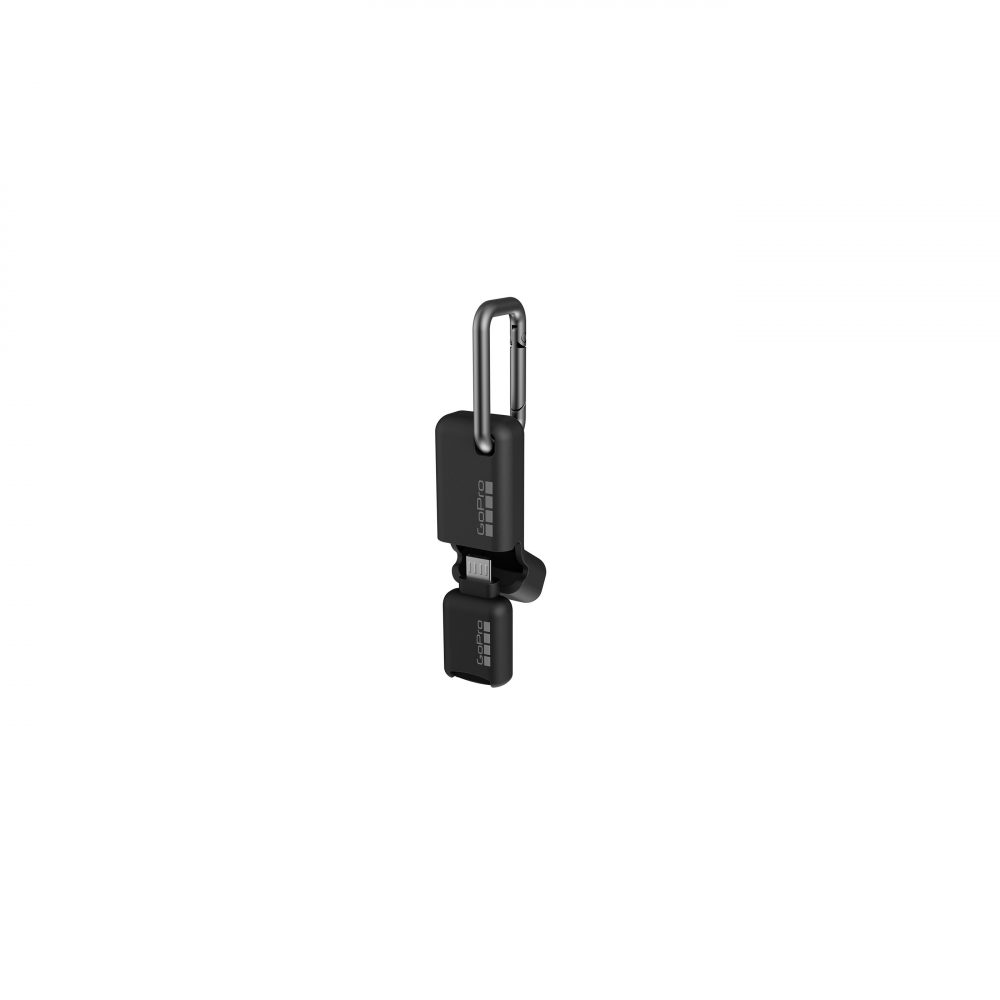 A couple new accessories were also introduced including Quik Key and REMO. Quik Key is a key-chain, micro-USB that can plug direct to your phone (available in both lighting and micro-USB) to transfer content from the GoPro. 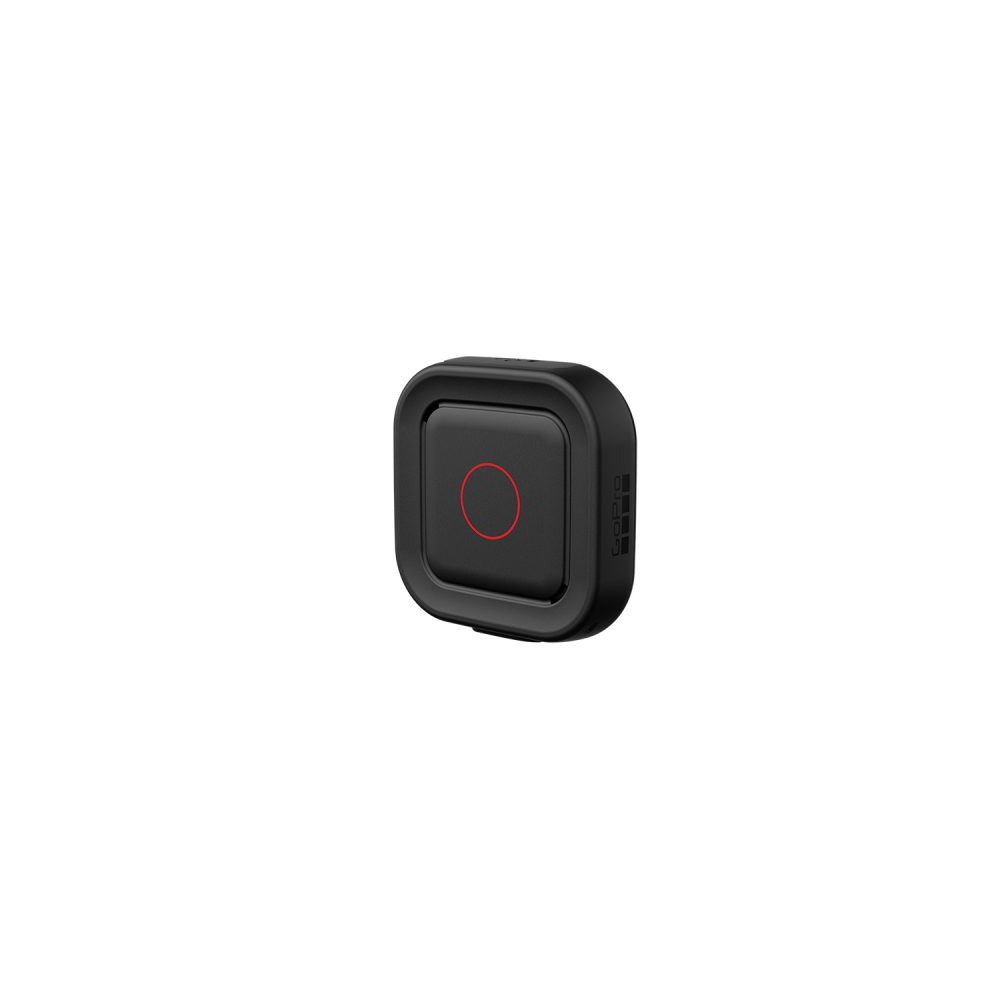 REMO is a voice-activated remote with a one-button control. You can control your HERO5 by simply talking the to REMO which can mount like a watch around your wrist or clip somewhere on the collar of your shirt making it easy to control the small devices if they are in a hard to reach location. 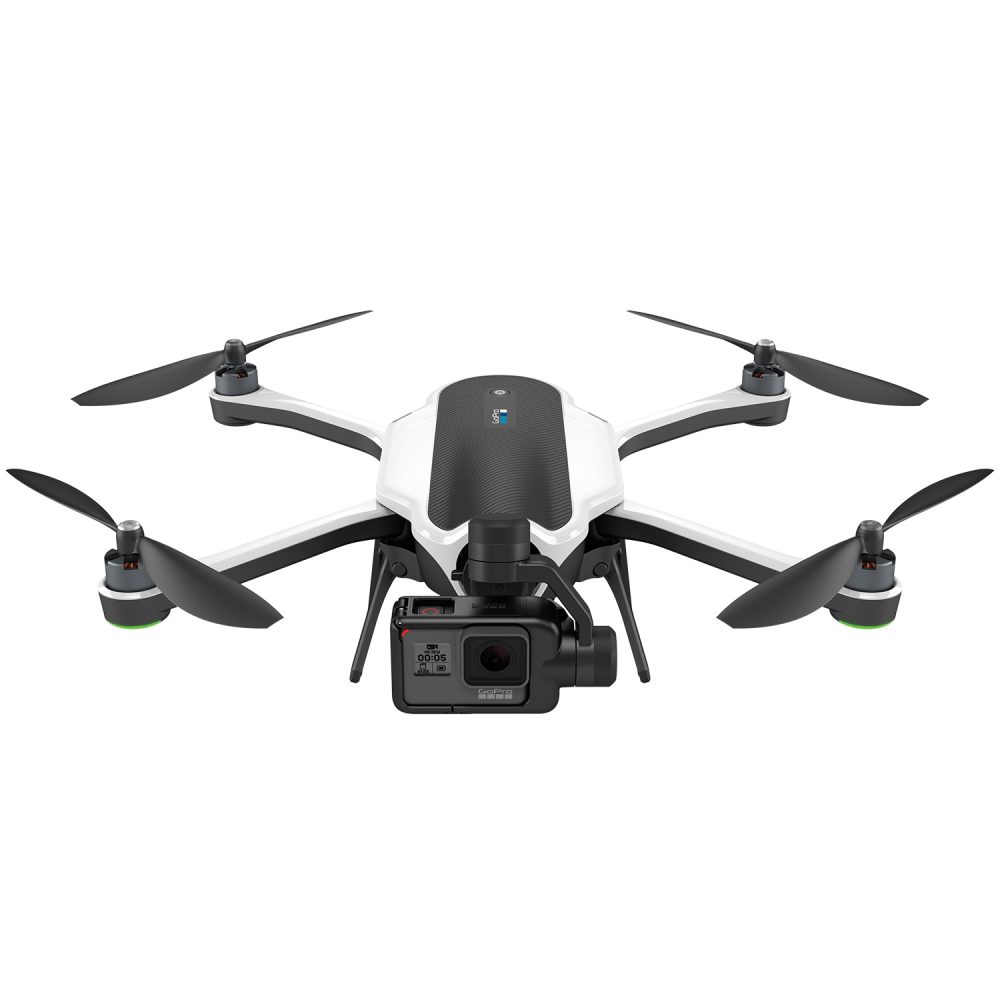 KARMA, the long await is finally over. KARMA (according to GoPro) is more than just a drone, and I agree. It’s compact enough to fit inside a backpack and foldable. 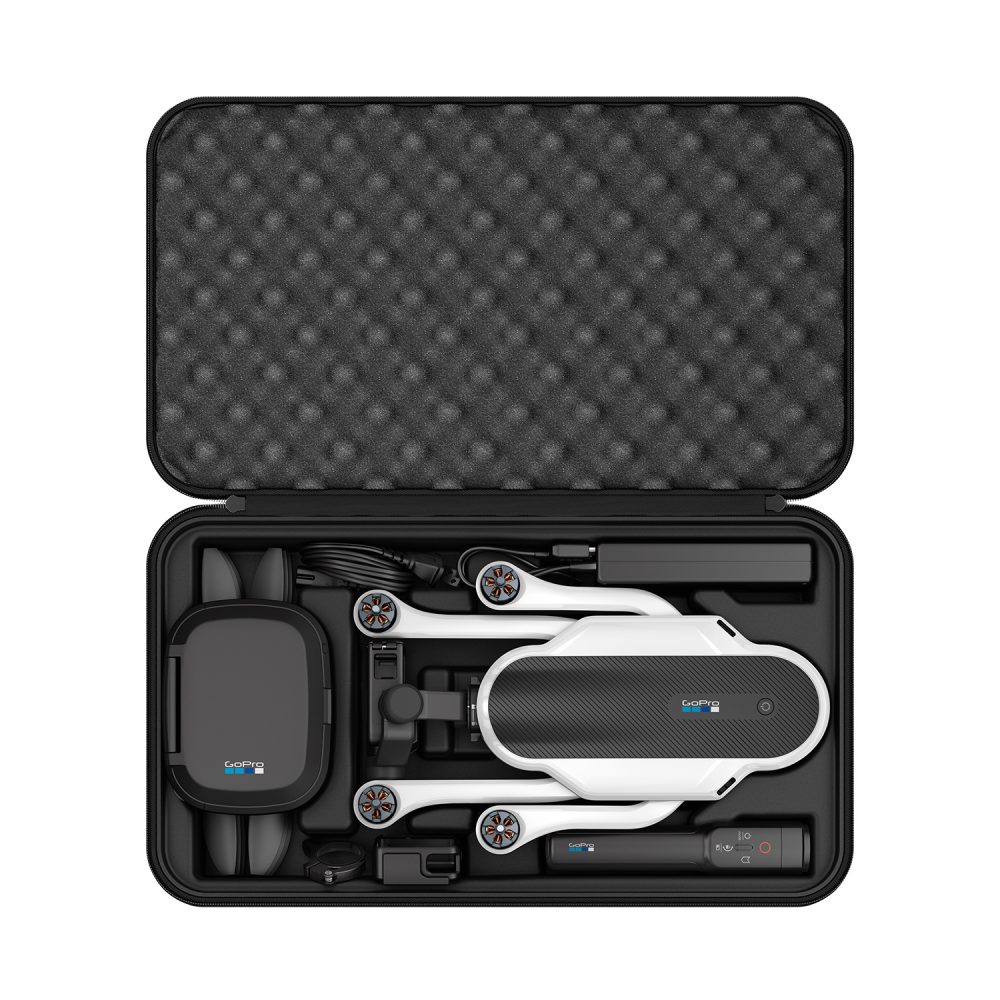 The versatility of the KARMA I find to be one of the key stand out highlights. The KARMA includes an image stabilization grip (KARMA Grip) that can be used both handheld or mounted and works with HERO5 Black, HERO5 Session, and HERO4. 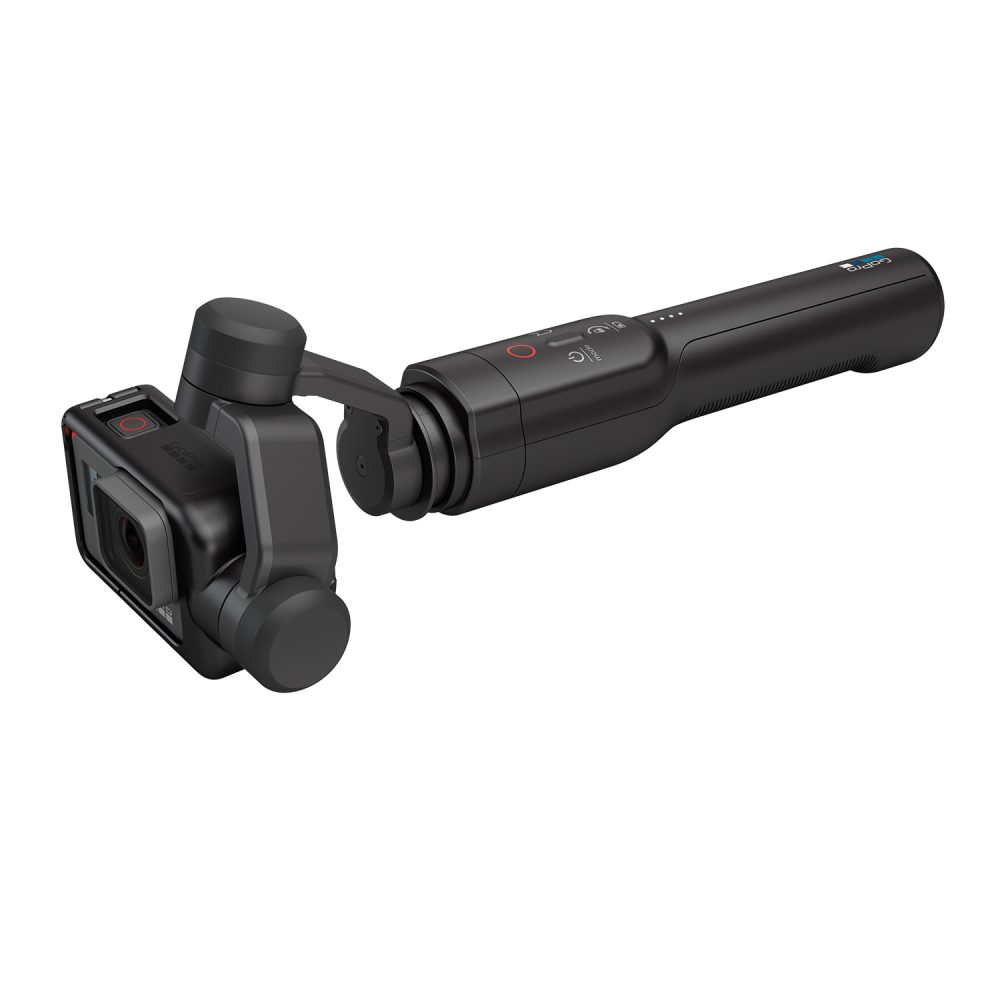 A game style controller makes it easy to use with an integrated touch display. No need to use a separate phone or tablet. There are several features for flying the drone including an easy flight mode and more semi-autonomous modes. A couple modes missing is a “follow” mode, which a few competitors offer as well as object avoidance (hoping this will be added soon with a software update). The KARMA’s controller is much like a video game controller with two joysticks and a touch screen display where you can manage the settings, modes, and see a live view. The controller’s battery, which lasts about 2 hours had a cool feature that was pointed out where it can also be used to charge other devices, so it’s even more versatile in that regard. 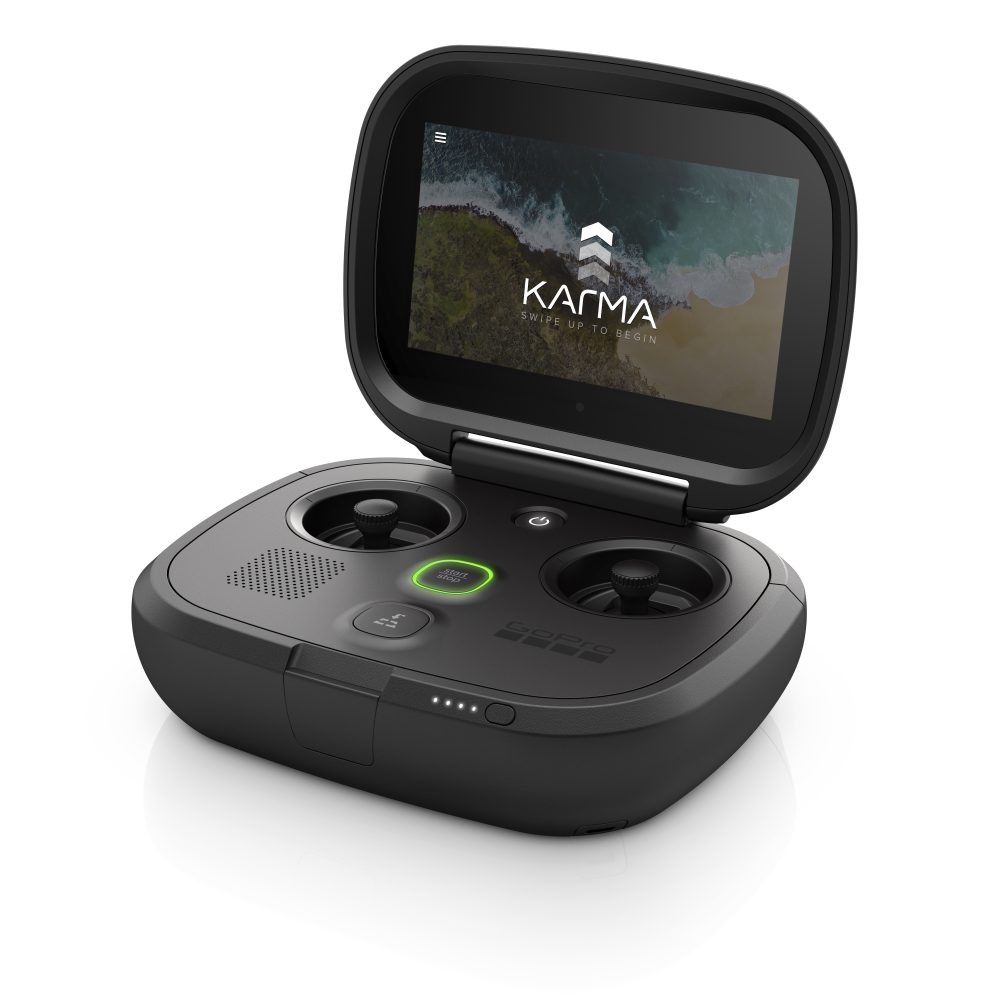 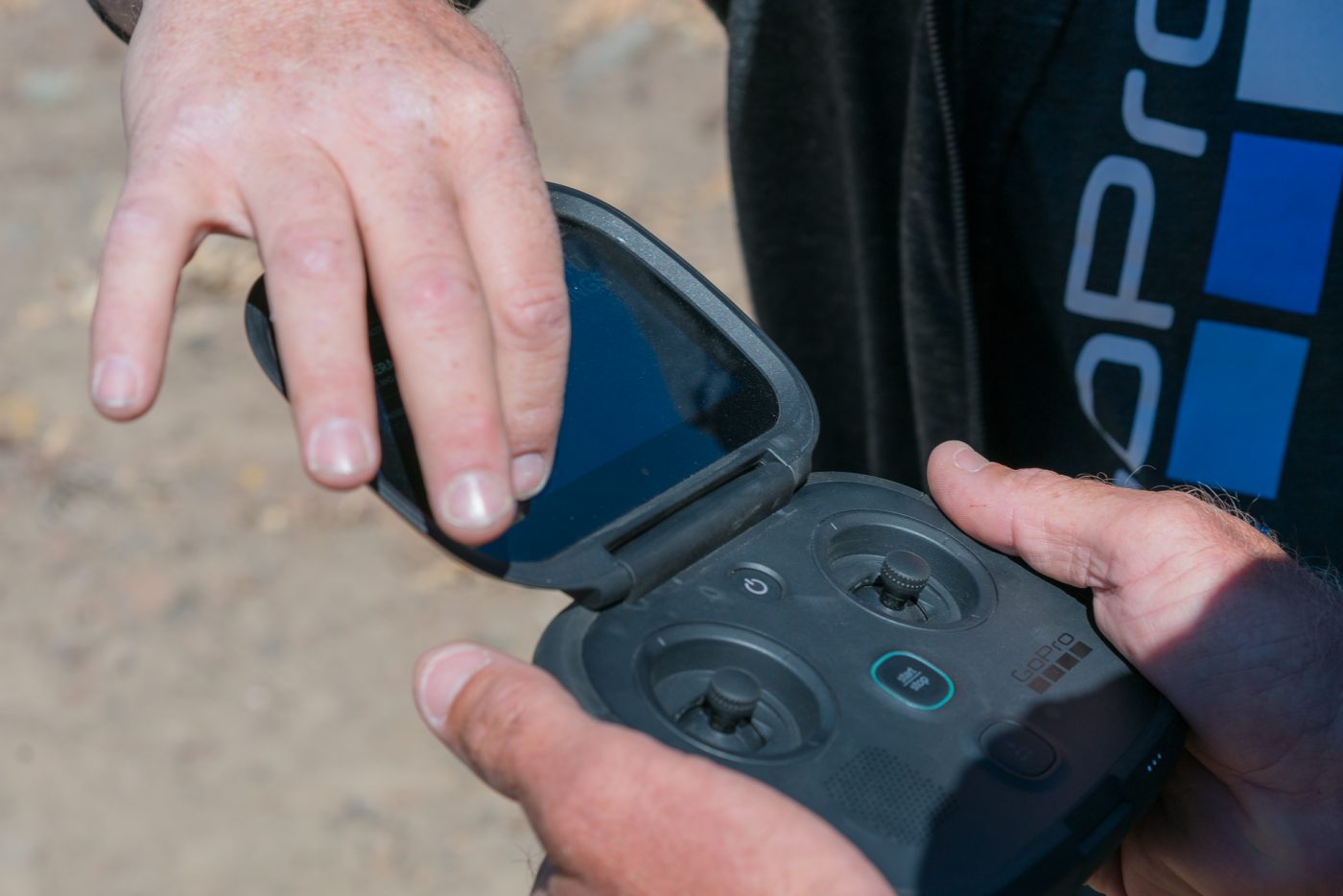 I didn’t get a chance (ran out of time) to actually fly the drone, however while waiting I did get to try out the demo mode, which is very video game like and does a great job as a tutorial and was actually surprisingly fun to use. 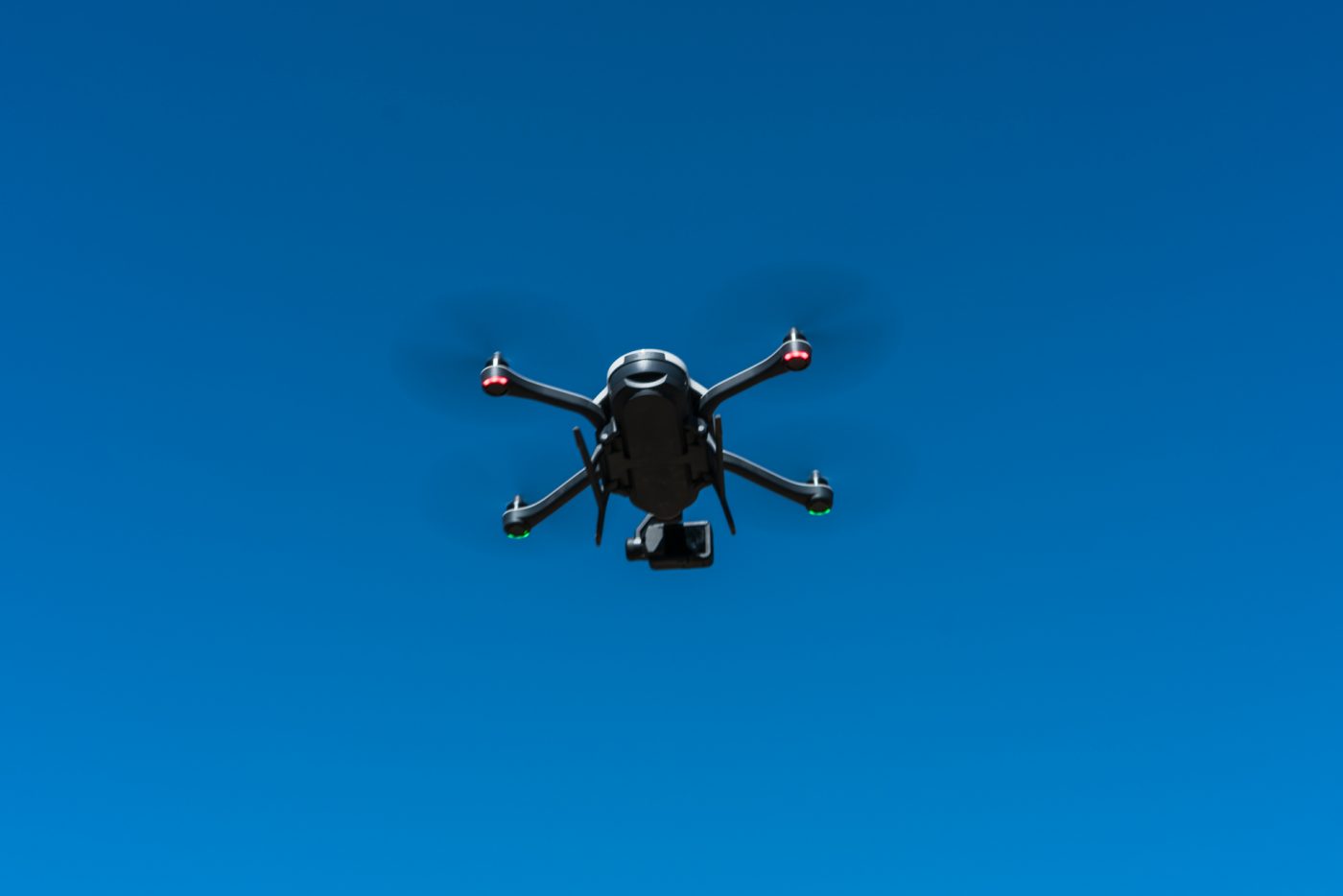 From my observance and after asking a few journalists that did get the opportunity to fly the KARMA, it did seem easy to use, the 5-inch, 720p LCD display was clear, and the auto landing feature worked very well. Not to mention we are on the top of the resort’s mountain (probably at 10,000 feet elevation) with strong wind gusts, the KARMA held up and looked smooth. In the case of accidents, I was told the KARMA is built tough and pieces such as the arms and propellors were made to “pop” off and in the instance of loss or a break can be replaced. 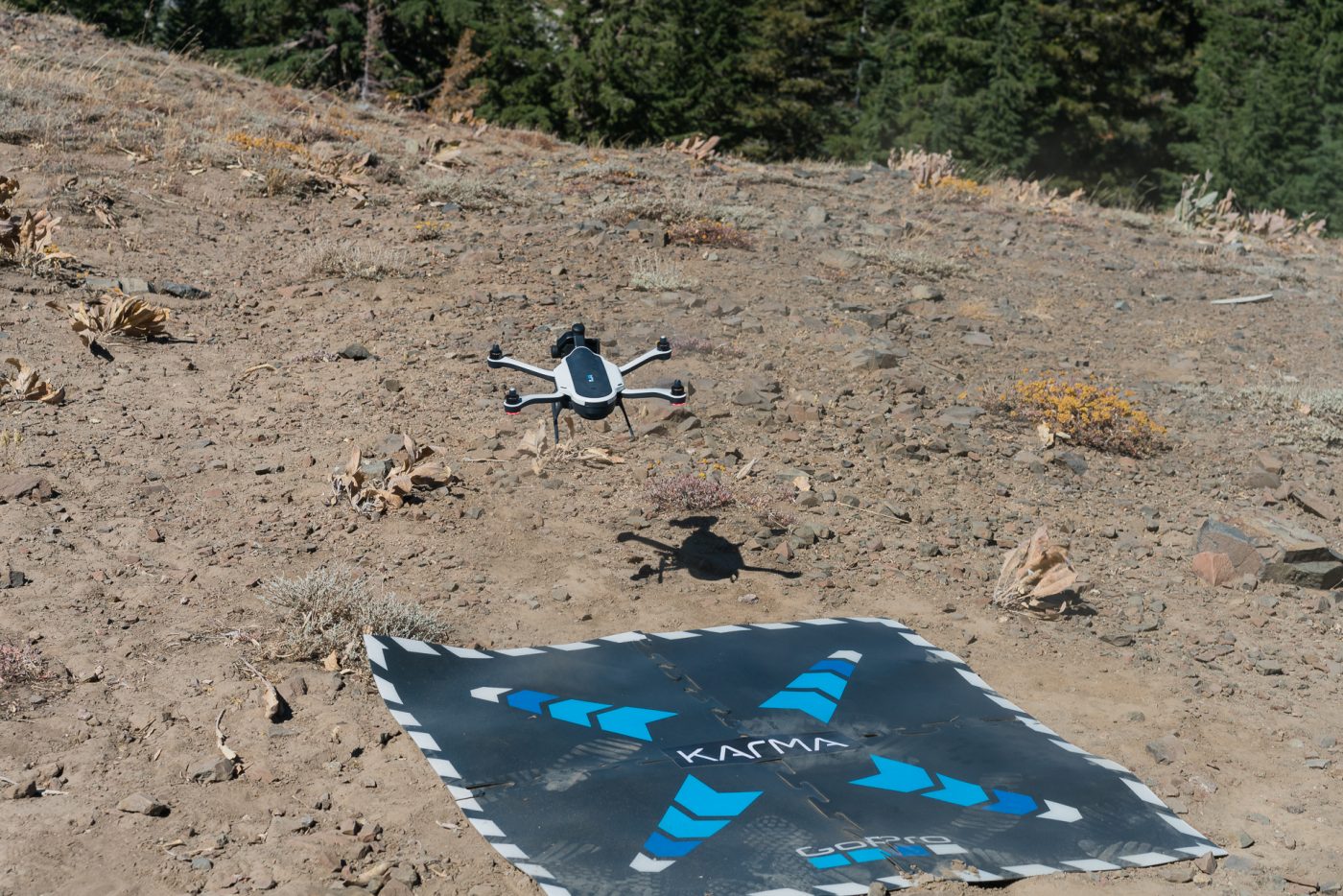 The flight time for the KARMA is 20 mins and the drone weighs in a about 2.2 pounds. The max speed is 35 miles per hour. The KARMA also comes included with a sleek padded case that doubles as a backpack for easy portability. I was also told it fits well inside GoPro’s Seeker backpack. 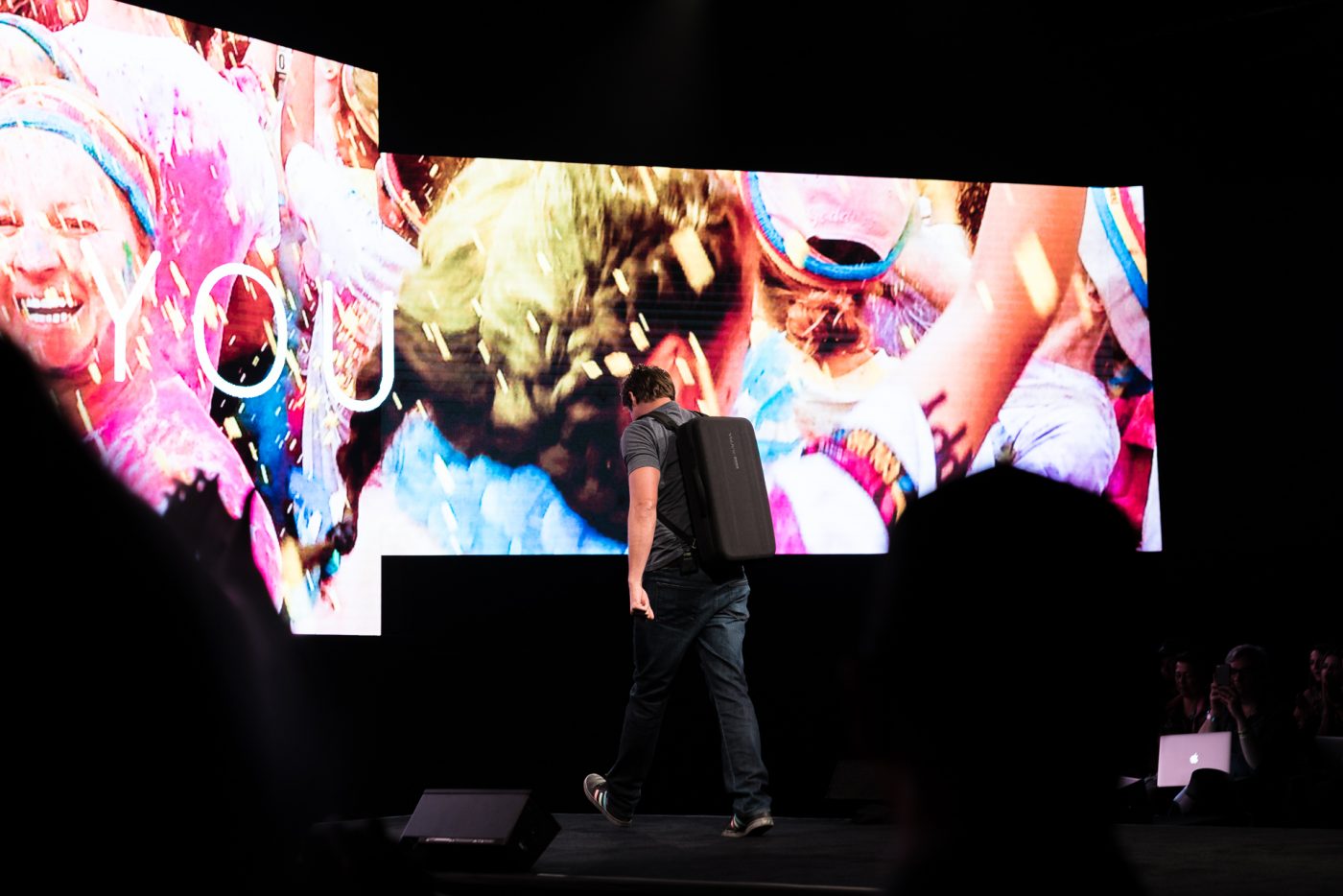 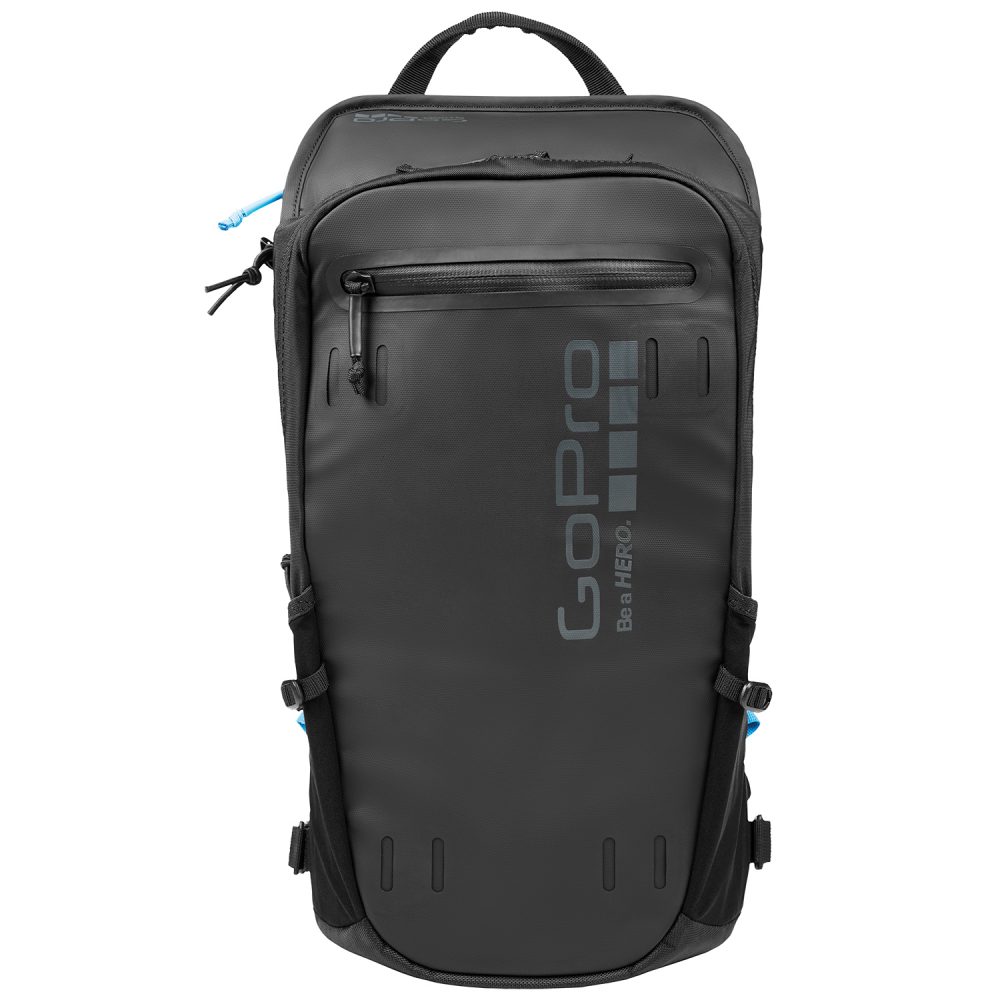 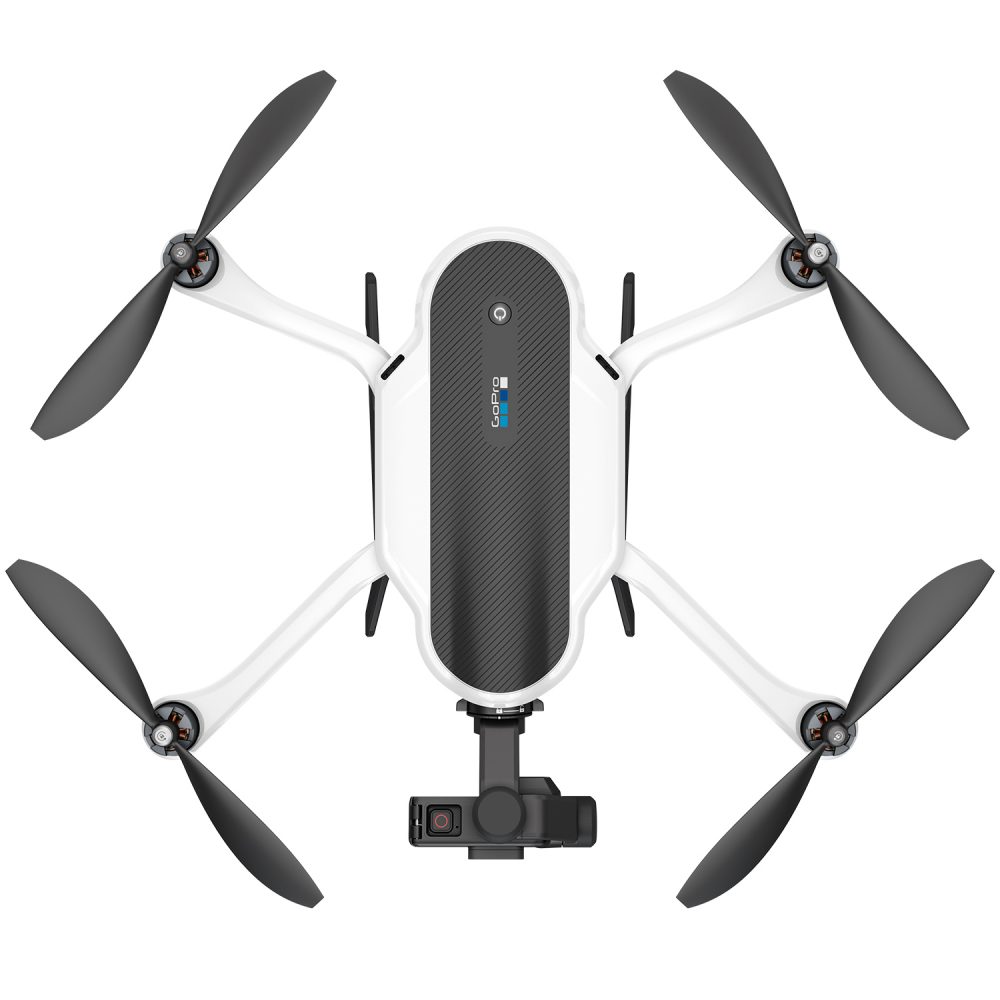