The Asian American (read: immigrant) story is one that has risen to the forefront of mainstream media lately with the debut of Eddie Huang’s ‘Fresh Off The Boat’ and Aziz Anzari’s latest Netflix special. For better or worse, it’s challenged public perceptions of racial stereotypes and evoked exploration of a story that’s fast becoming the norm in the land of milk and honey.

But K-Town Cowboys isn’t necessarily about that story. Director Daniel Park says, “I’ve been asked numerous times where there’s an unsaid pressure to deliver some profound message, in an American film with an all Asian cast. Ultimately I think it’s most important to not think about that and stay true to the story I know. All I can do is share my experience.” And when asked after a Monday afternoon screening at SXSW Film if he expected for the Asian American ‘moment’ in mass media to propel or contribute to the success of K-Town Cowboys, Park simply replied, “No. And I don’t think it’s a moment.” 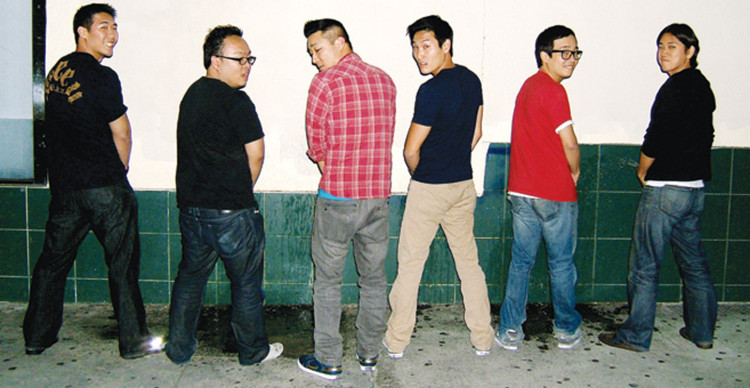 Racial delineations aside, the popular web series turned feature film is reminiscent of a bromantic dramedy à la The Hangover +1, where five best friends band together for one final night of debauchery, growing up by throwing down like they did in their glory days. It’s an intimate, and almost educational glimpse into the underbelly of Los Angeles… often overlooked in lieu of Hollyweird, but no less weird in and of itself. The characters are, as Park hopes, universally relatable and you can’t help but find yourself wondering what it would’ve been like to throw back a few with these likable and innocent troublemakers.

Speckled with familiar faces like Ken Jeong, comedian Danny Cho and Daniel Dae Kim (HAWAII FIVE-0, Lost), K-Town Cowboys doesn’t celebrate the Asian American story so much as it does the coming-of-age story everyone can connect with.

Check out the teaser below and click here to buy tickets for a Los Angeles screening this Wednesday 4/29.