It’s no secret, as you can tell from my last post, “A Quest For Warmer Thoughts” that I drive a 2014 Ford Raptor. I bought this truck a little less then a year ago because my Chevrolet Silverado was totaled out by an old lady who blew a stop sign in Manasquan NJ right after an epic morning of cold winter surfing with my son and my brother. Up until that day my intentions were to buy a new car and keep the truck, being that my Silverado was paid for, and pushing ten years old. I had no intentions of letting it go, but then the accident happened. There were no injuries, my son and I were fine, but my truck was all jacked up! Shortly there-after I began to kick around the thought of getting that car I always dreamed of, something rear wheel drive, something with a ton of aftermarket potential, and something that I could keep for the long term without getting sick of driving. However the reality of snow, winter, and road conditions between the months of November and March, in NJ began to play out in my mind, and all in that moment the fear of not having four wheel drive, big tires, and a bed for storage, outweighed the notion of finally getting my dream sports car. I knew there had to be something in the middle, a common ground if you know what I mean. That’s when the decision to contact Larson Ford in Lakewood NJ came to fruition, and within approximately 8 weeks the special order Anniversary Edition Ford Raptor was at my office door. A decision I do not regret making! 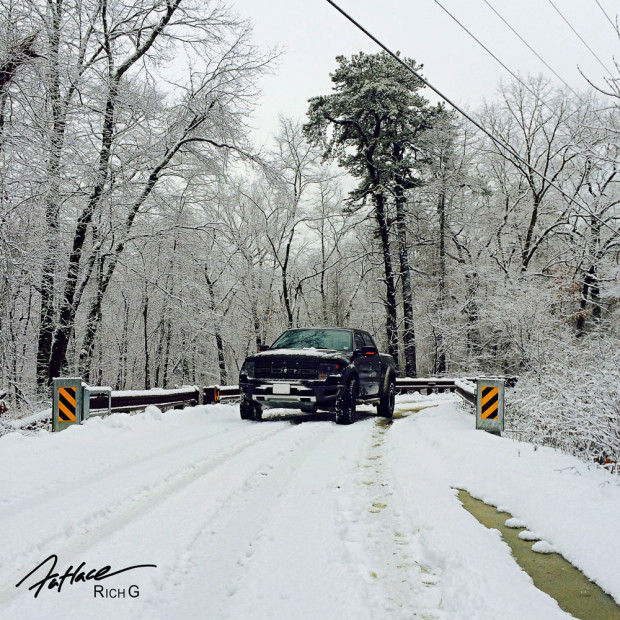 Which leads to me to one of my favorite viral videos of 2014 (for obvious reasons). I think it’s pretty safe to say there isn’t a car enthusiast or an extreme sports junkie on planet earth who hasn’t witnessed this insane edit. It features Ken Block doing what he does best “Hooning” like a Hoonigan, in what is most likely the baddest Raptor of them all, RaptorTRAX. Here is the bonus Helicopter footage, which is nothing short of pure serenity.

Another edit that recently came out on this incredible vehicle seems to have somewhat flown under the radar, and I wanted to share it with you. While on a ferry leaving the mountain up in British Columbia he decided to give his fans a little insight on what sets this truck apart from the rest, I’ll let him do all of the explaining, while you sit back and relax. Enjoy…

Even though I haven’t began to update my personal Raptor with any aftermarket accessories you can bet it’s just a matter of time. I have a couple current projects going on and once they have been completed that is when I will most likely begin to look into customizing my truck. You can almost guarantee I will be using this video as a stepping stone for what’s to come, in the meantime… #STAYTUNED