I was recently invited to the Toyota Speedway at Irwindale to participate in the Lexus Safety Experience. The event took place in the large parking lot outside of the actual track and a series of 3 scenarios were set-up with cones. We were divided into 3 groups and were briefed on the features that we would be testing inside each Lexus vehicle. One of the features was the “Smart Stop Technology,” which basically is a brake override system and even with the accelerator fully depressed the car will come to a complete stop. How often are you asked to fully floor the accelerator and then left foot brake completely at the same time? It’s always a good feeling when the ABS kicks in and the car comes to a complete stop moments later leaving a few skid marks on the pavement. 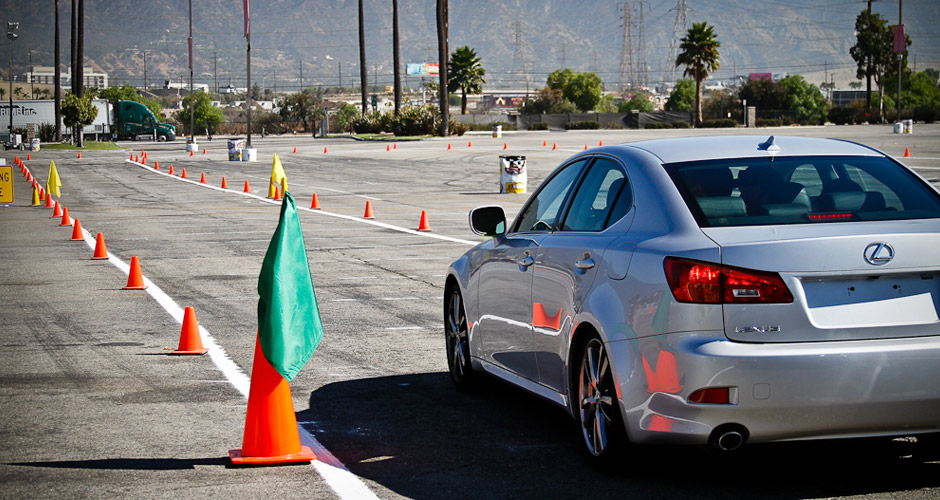 Scenario 2 was my favorite as we were able to test both Vehicle Stability Control (VSC) and Traction Control (TRAC) within the GX 460. My instructor was none other than Verena Mai. You may remember her as being a former Formula D driver piloting a Nissan 350Z. We first test the traction control and All-wheel drive system on a tarp with water and soap, again flooring the pedal to the metal and watching the vehicles tires grab as much traction as possible without losing control and continuing onto the pavement with a large screech as the tires met the road again. Maintaining speed throughout a tight turn was the next obstacle and a suggested speed of about 27mph was requested to start to test the car’s stability through an aggressive turn. Even with this large vehicle I decided to go a little beyond that speed probably around 35 or so and as I powered through the corner and the backend ever so slightly slipped I had full control and kept the SUV in check. Not as fun as drifting, but still enjoyable and gave me complete confidence in the system if I were to take this on a snowboard trip through the icy mountain terrain. Side note – this car would be an awesome vehicle for a snowboard trip and completely comfortable with room for all the gear and friends. 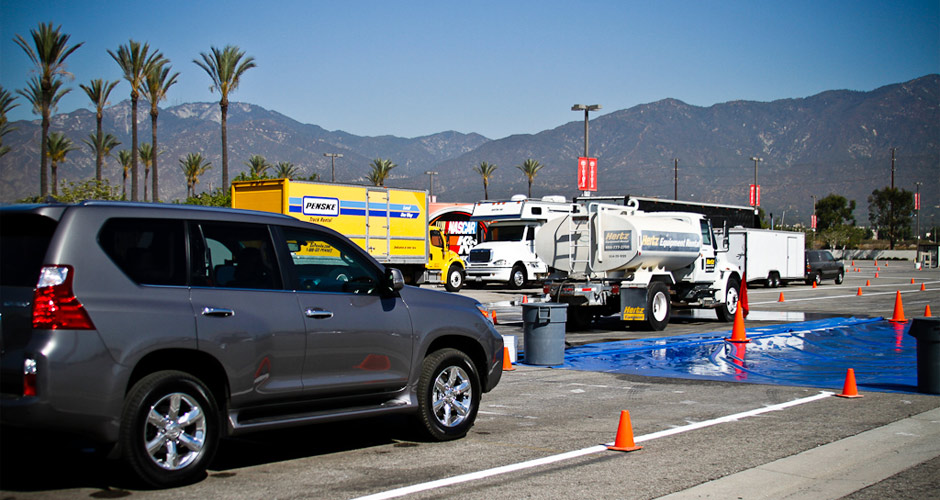 The last scenario had us test the brakes with and without ABS. The instructor asked us to floor it until he said slam on the brakes on sand covered pavement on the first run and completely turn the wheel. The vehicle would skid to a stop and even with the wheel turned full lock it would not turn in the direction of the wheel. On the second run we did the same test, but this time in a car equipped with the ABS. This time our goal was to change lanes without taking out the cones while slamming on the brakes and turning the wheel. I over corrected and missed the first cone, but swung a bit wide and took out a few other cones on my way to a stop. The instructor said it was because I let go of the wheel rather than simply turning it with both hands…I guess I’ve been around drifting too long and noticed the drivers spin the wheel with ease to get the car going sideways. 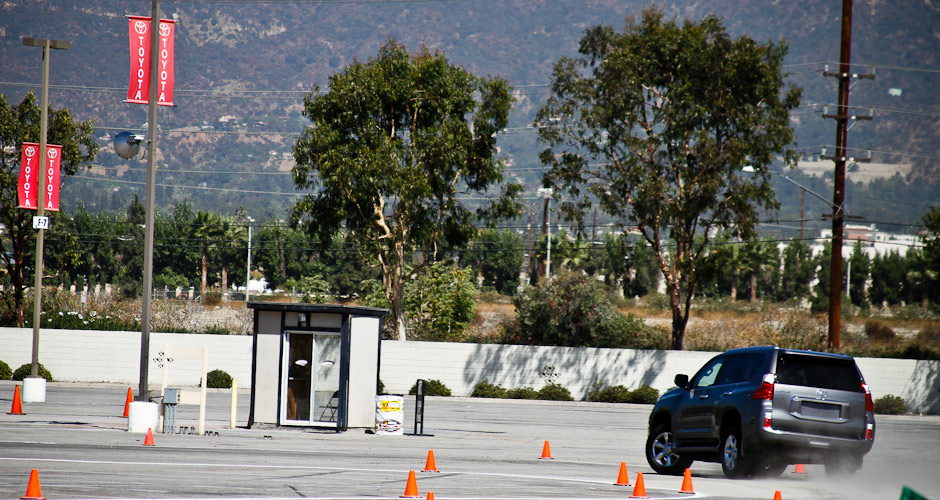 Overall, it was a great event to take part in and showcases the steps that a company like Lexus takes to ensure their customers have the best technology and safety equipment on the market. The program from what I heard tours around the nation and trains the various dealers on the safety aspects of the car to really become knowledgeable of the brand and technology.