If you are into exotics then normally Europe would be the place to head.  Japan doesn’t often spring to mind when you say ‘Ferrari’…until now. 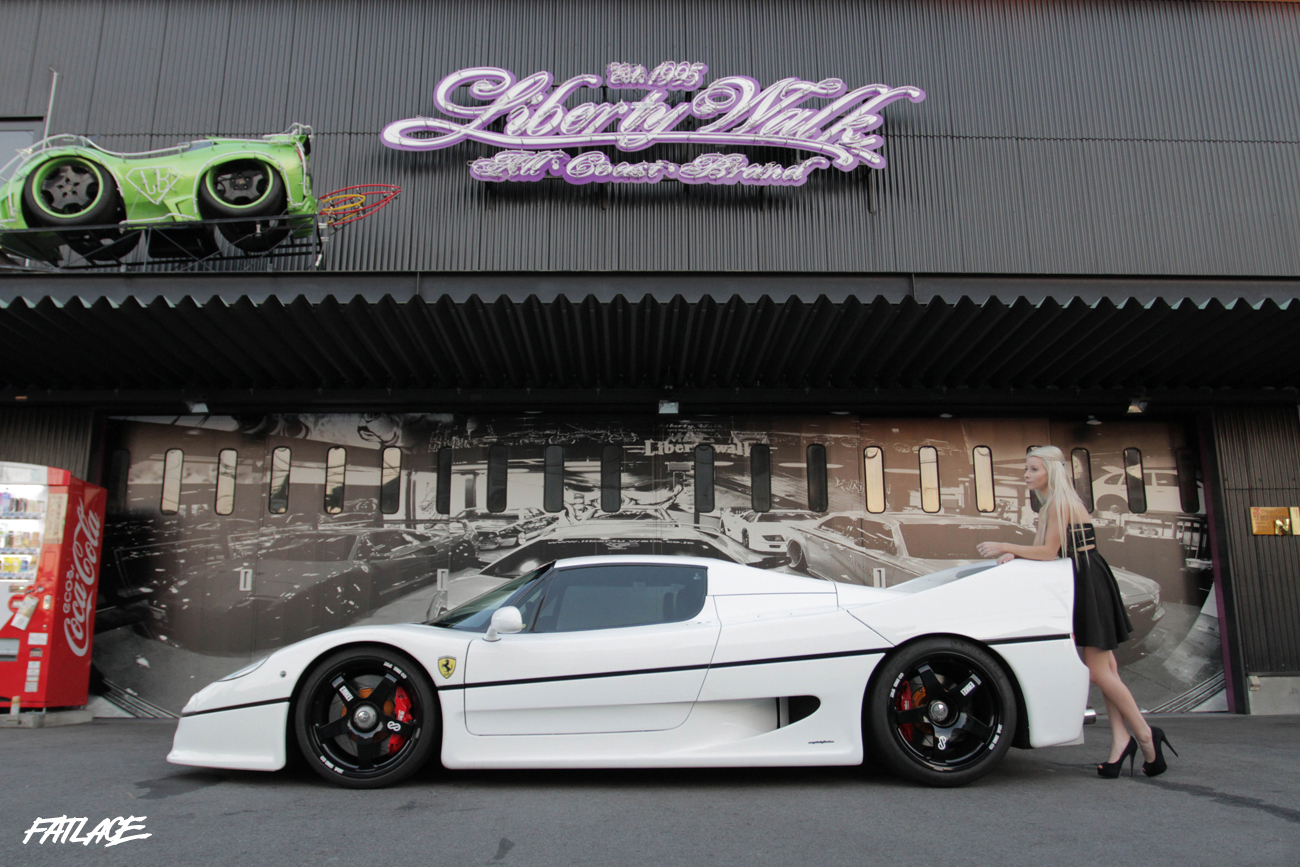 Normally Ferrari’s don’t make Katherine go ooh ahh, although when it’s owned by Kato-san from Liberty Walk and infused with a bit of Japanese ingenuity it’s a different story.  Not too many white F50s are floating around…red cars might ‘go faster’ but white ones are just that much more classy. 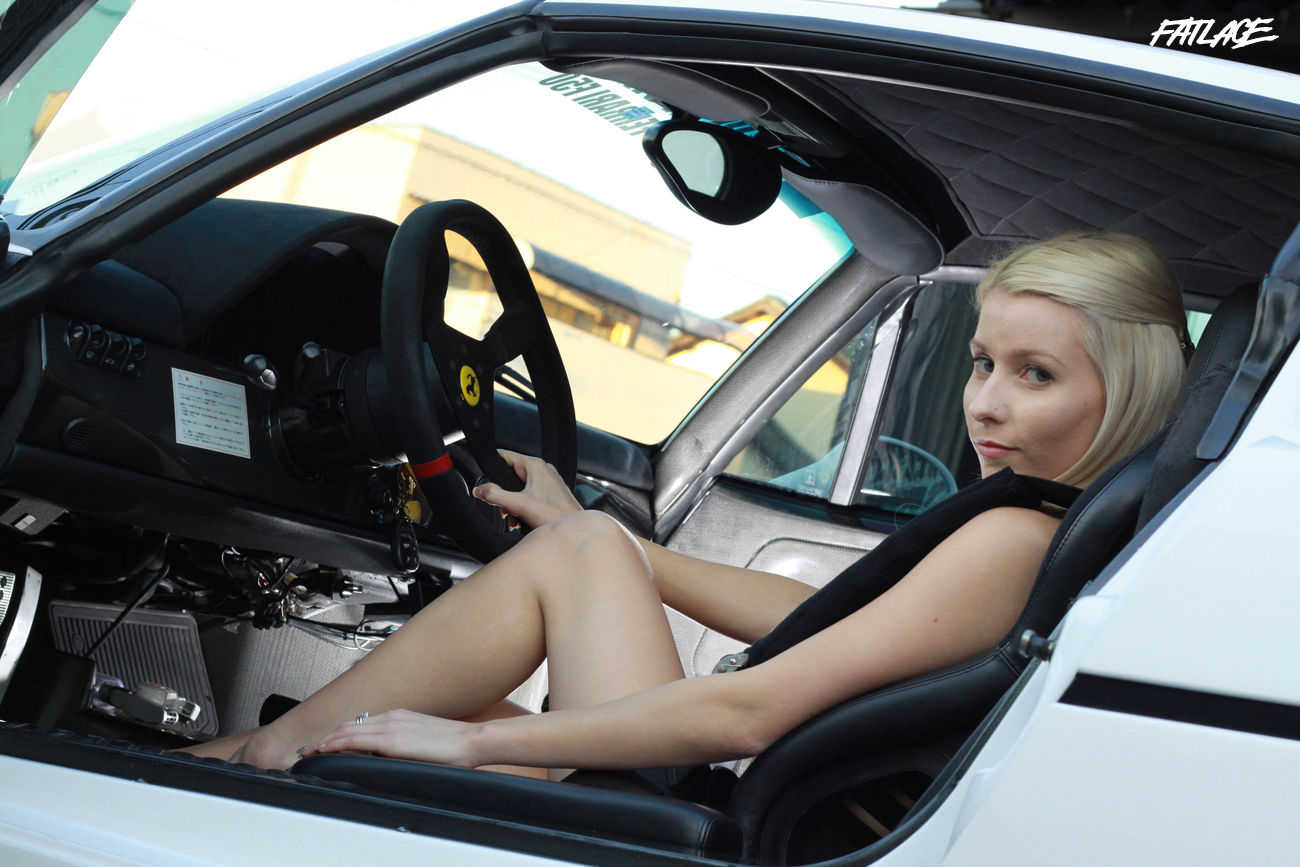 Normally accustomed to the drag racing world and drifting – getting to see a F50 up close was a once in a lifetime opportunity. 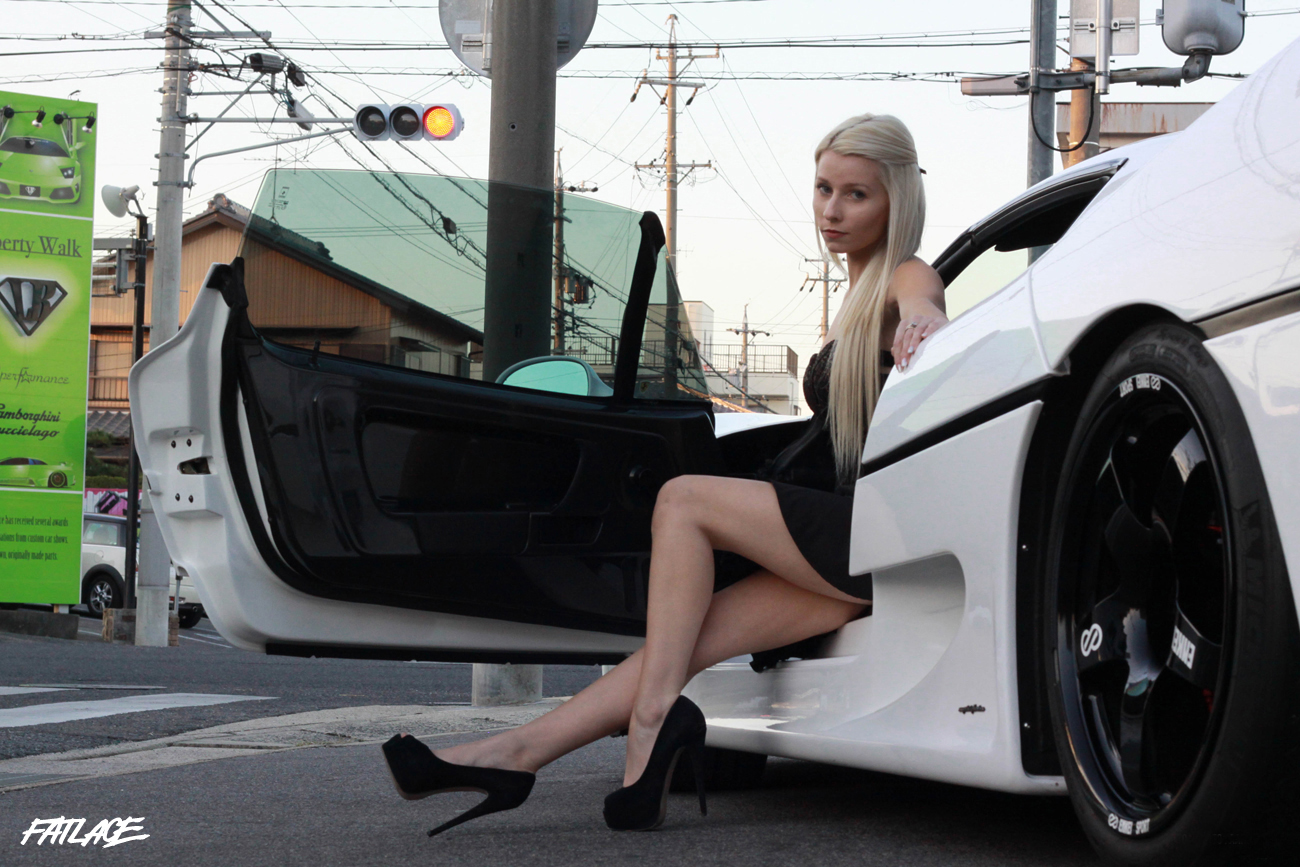 Black on white, Kato-san has made some slight modifications to this one, including a swap out of wheels which in my opinion suit this Ferrari much more than the factory wheels. 19-inch Enkei Sports were made for this car! 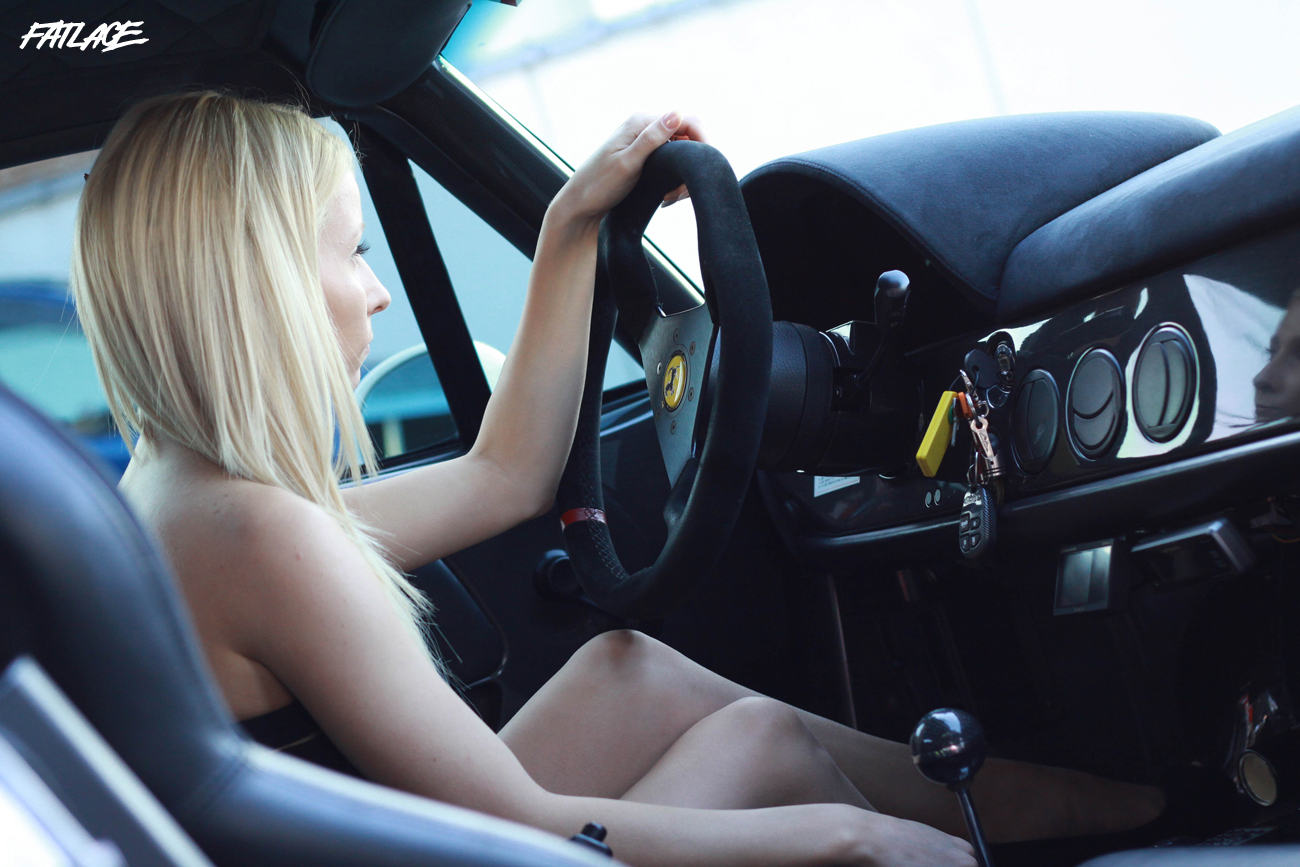 As a true supercar it is all about the driving experience.  Limited gadgets clutter the interior, less is more right? 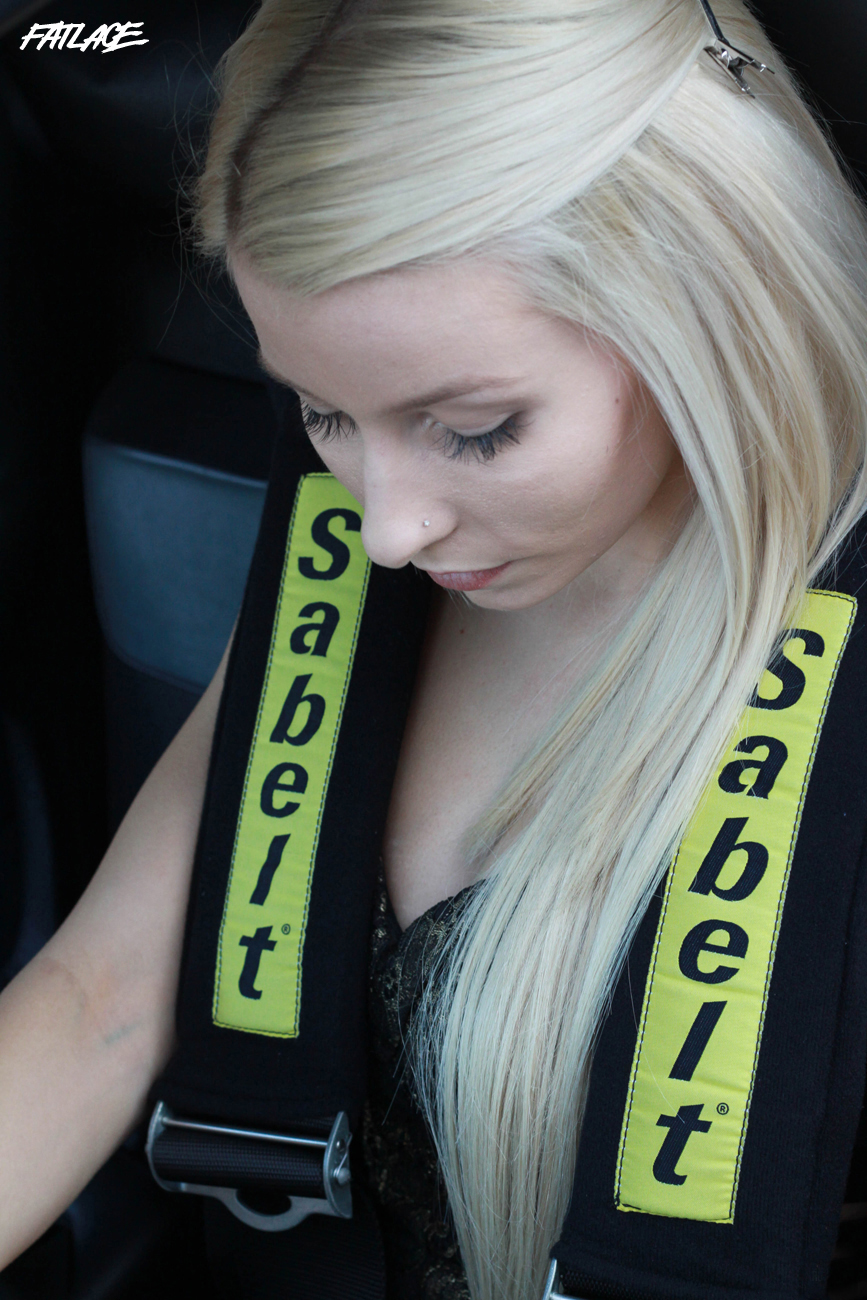 A set of black Sabelt harnesses keep your firmly in place as this thing would drive like it’s on rails.  I’m pretty sure at this point I spotted Katherine eyeing up the keys that Ryo left in the ignition too… 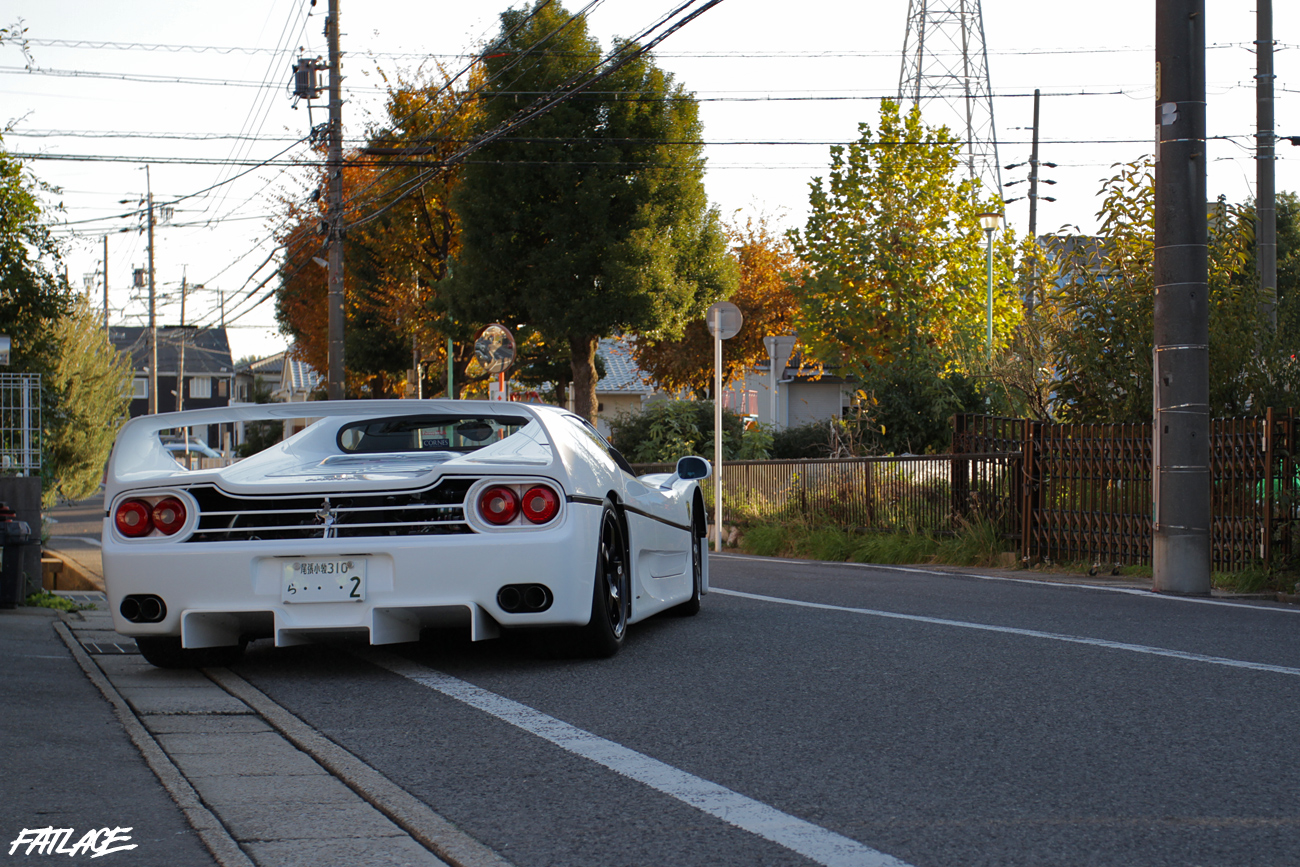 The F50 is considered by some as being stuck in the shadow of it’s predecessor – the F40.  Both are stunning looking works of art and Kato-san couldn’t just have one, so he got both…in white. Adorned with the famous ‘LB Performance’ stickers across the windsheild you know this 4.7-litre V12 is just a little bit different. 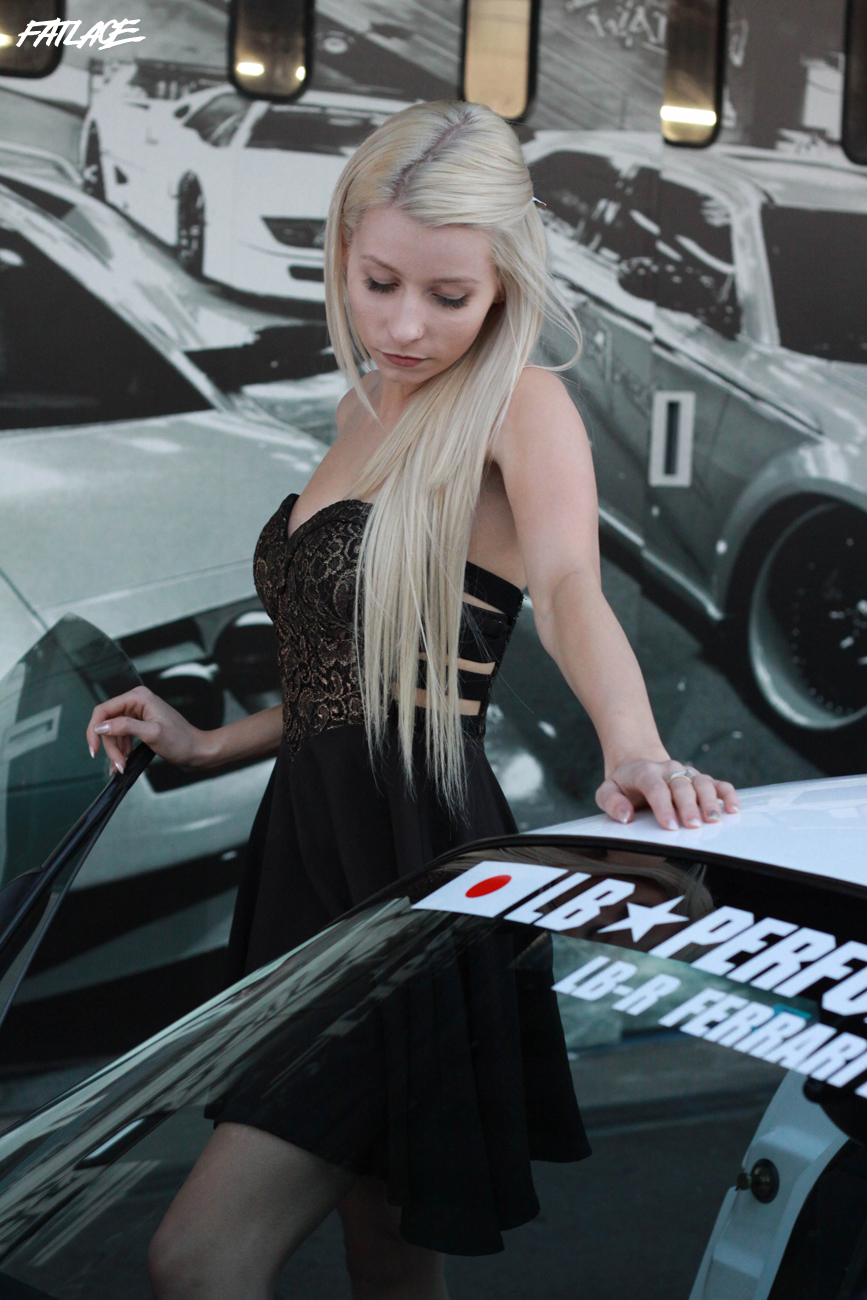 Eyeing them keys up again…busted. 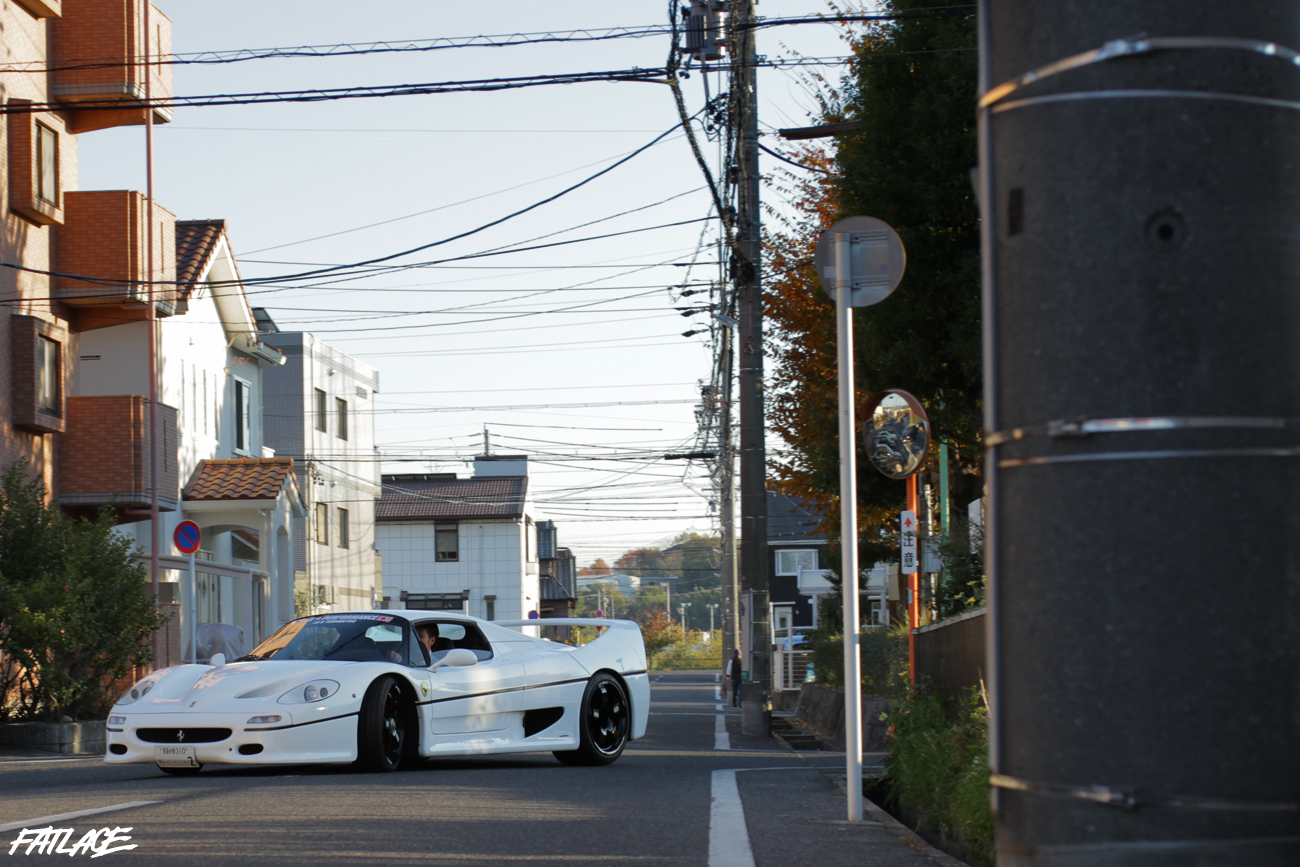 The Liberty Walk workshops are pretty close (right next door actually) to residential houses.  I am pretty sure the neighbours don’t mind toooo much when they get to listen to cars like this being driven around the neighbourhood. 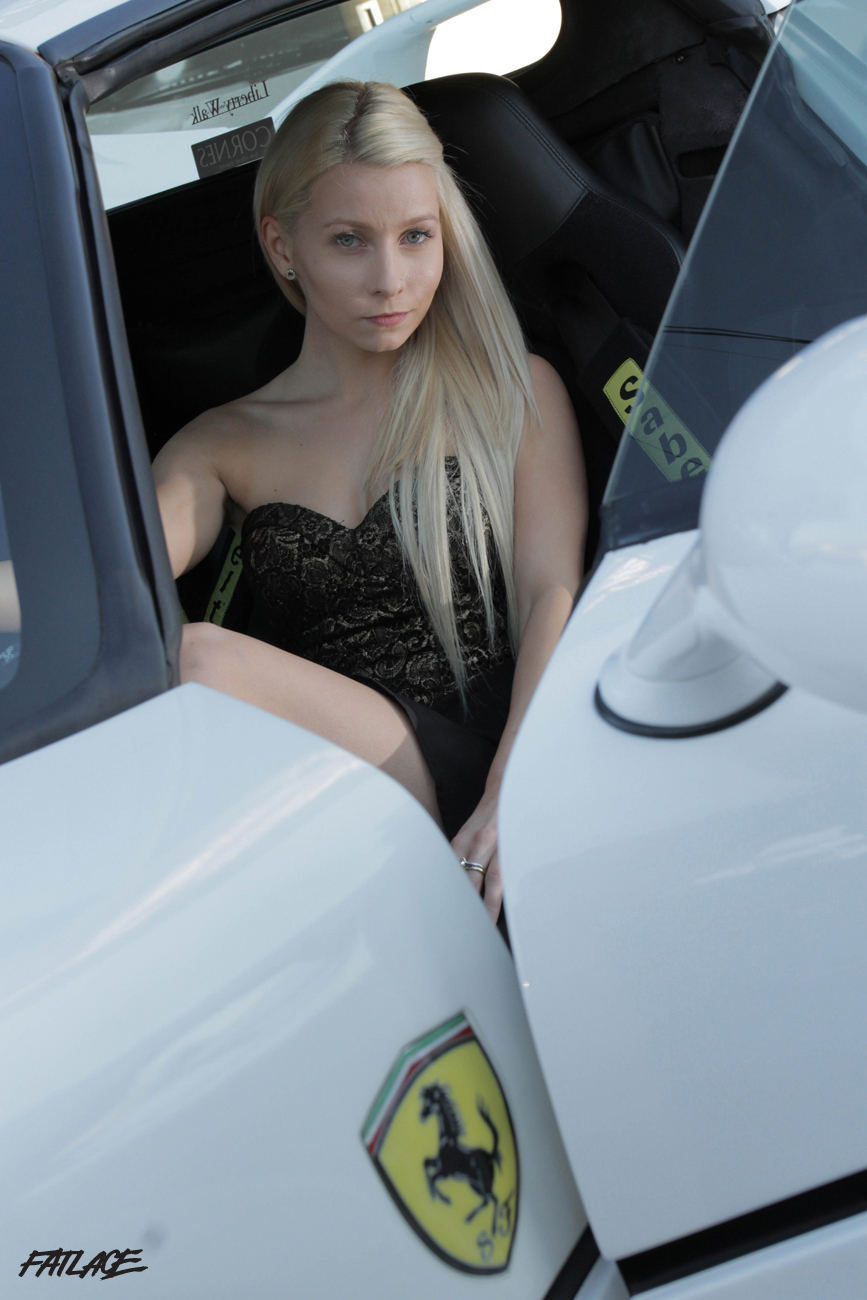 Fitted up with a set of Ferrari leather-clad bucket seats the comfort level got a big thumbs up! 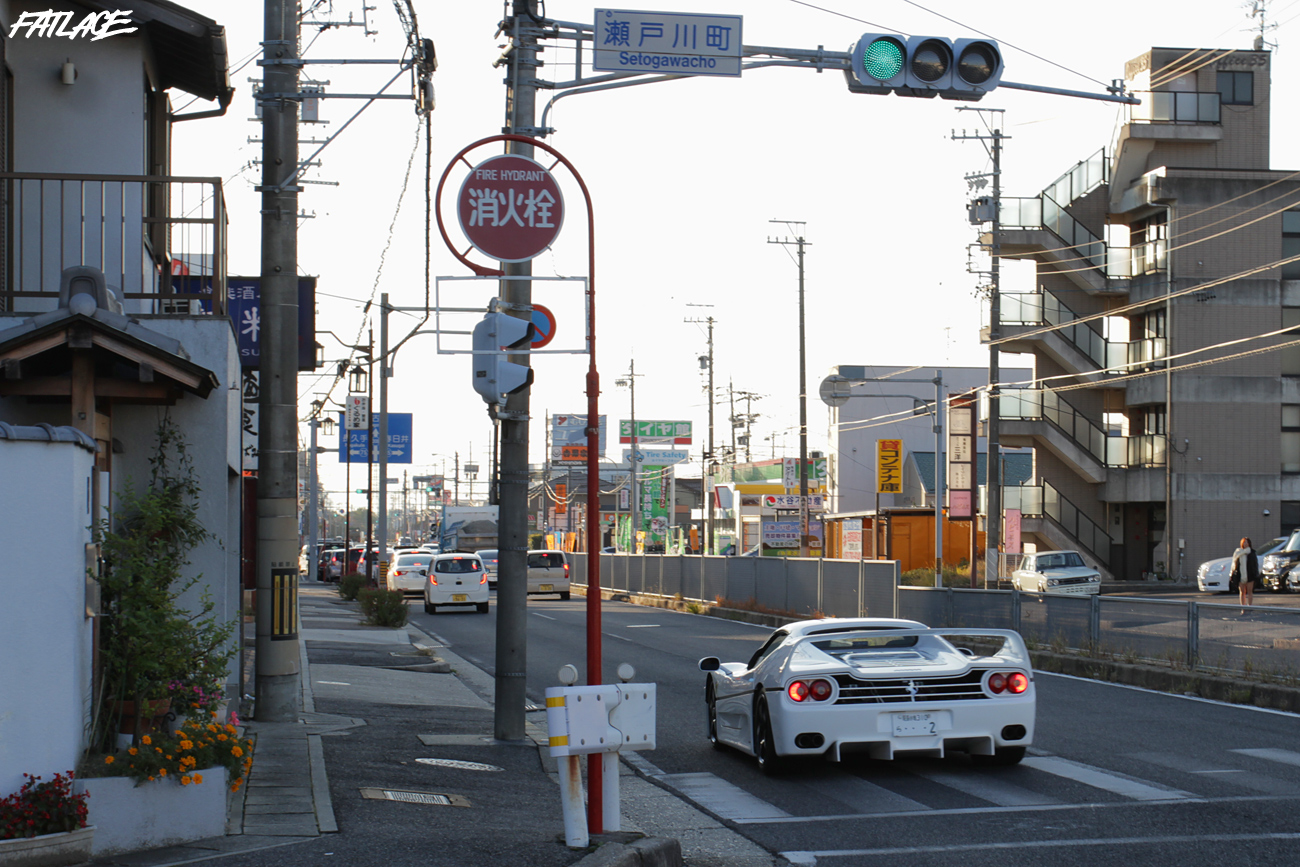 You might be thinking at this point that there is something different about the rear-end of this particular F50? Well you would be right.  Kato-san added a diffuser to assist with rear-end airflow.  This F50 doesn’t sit in traffic all that often… 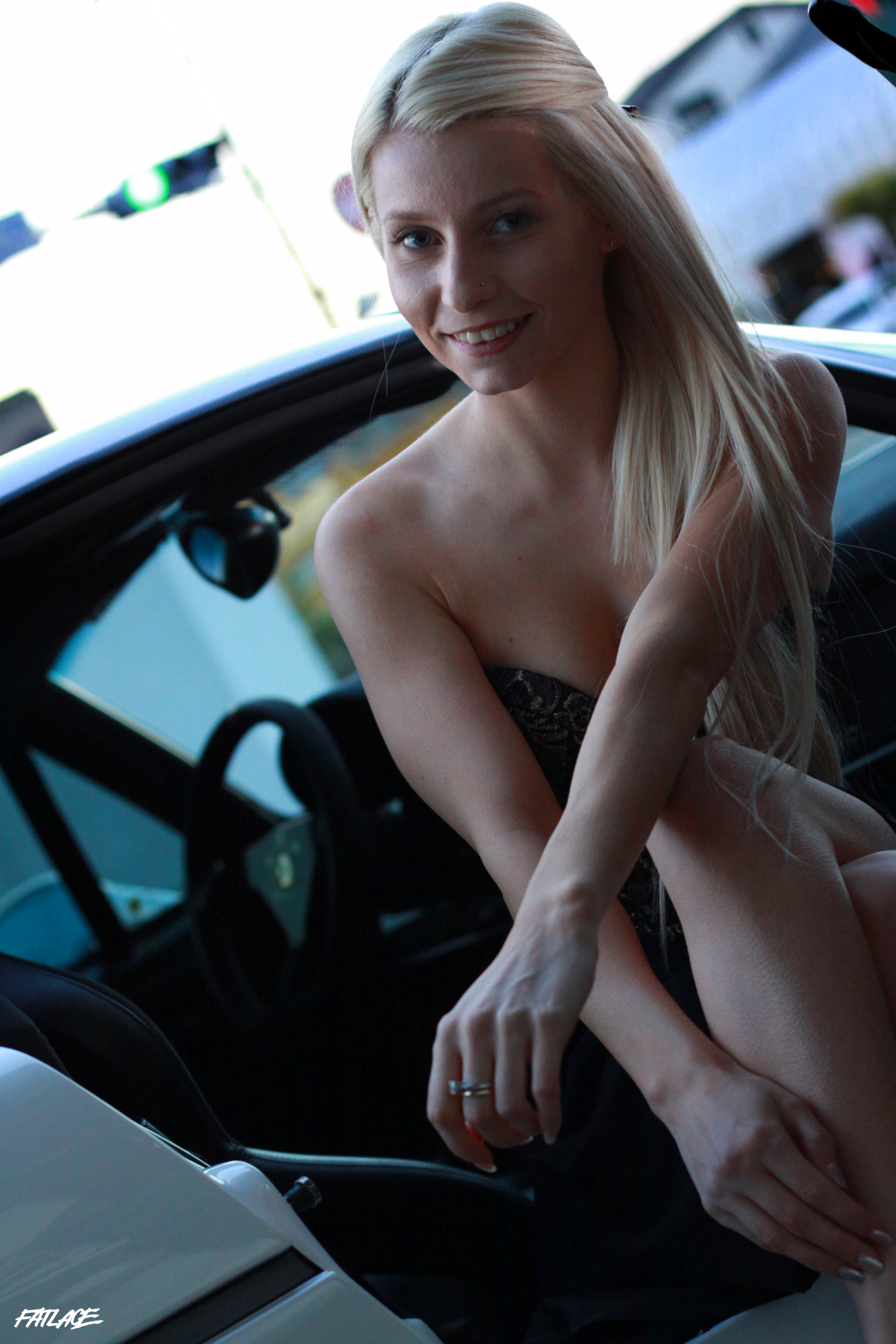 As Katherine is a huge self-professed car fanatic, it was obvious that the chance to head on down to Liberty Walk, hang out with Kato-san’s F50 and meet the guy behind the workshop made for an epic day. 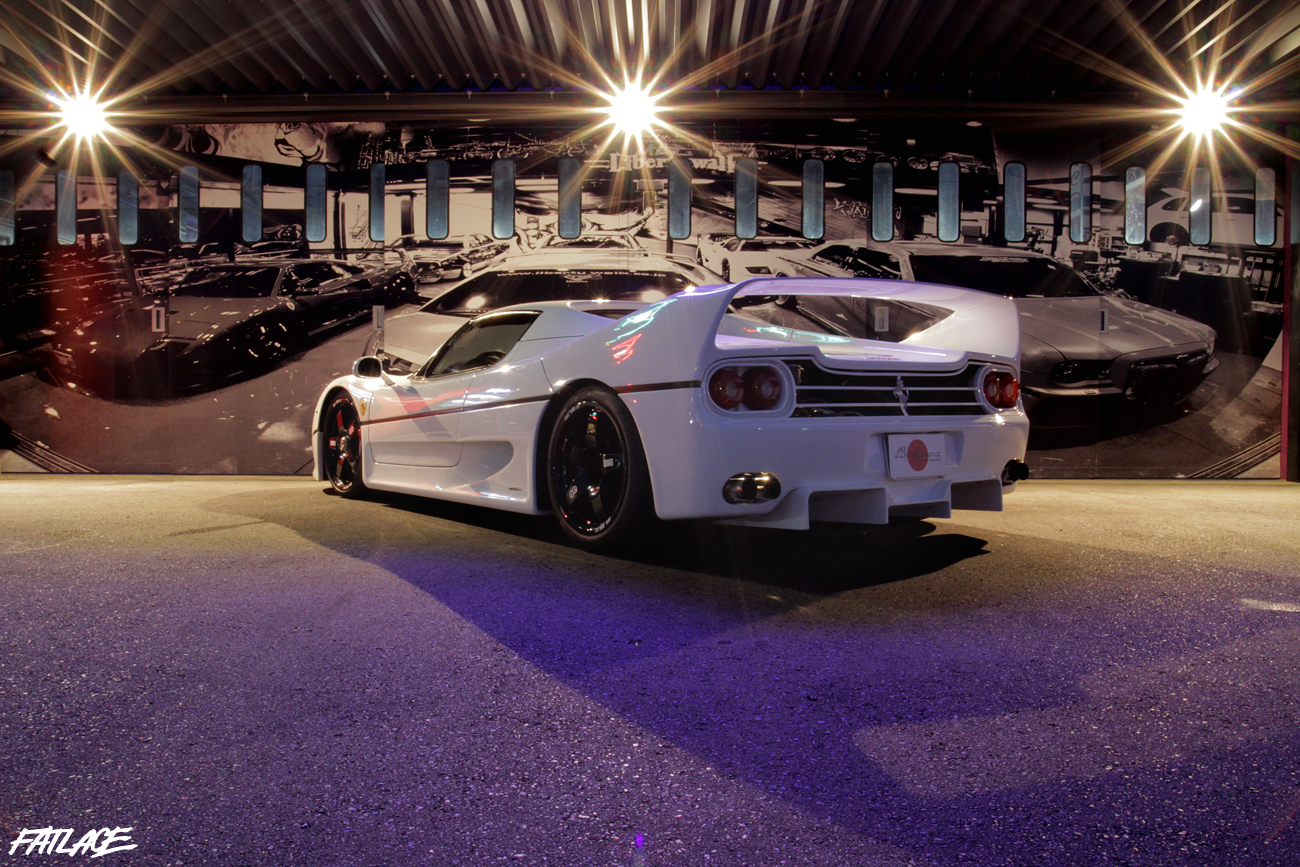 A final shot to finish off with.  The character, energy and vibe of Kato-san and Liberty Walk I think can be felt in this shot.  If you have the chance to swing by and see these people make sure you do.  You won’t be disappointed.  A big shoutout to Ryo for pedalling the F50 and his hospitality on the day.  Arigatouuuu!