The inaugural Motegi Racing Super Drift Challenge was the first time in the 39 year history of the Toyota Grand Prix of Long Beach that motorsport action would take place at night. 16 Formula Drift stars took to the Long Beach GP street course for the second consecutive weekend, but mix the variable track temperatures, the white smoke under the fluorescent lights and the white walls there really wasn’t any room for mistakes. They battled it out for their share of a $25k purse and bragging rights. Fatlace driver Matt Powers took the victory with #1 qualifier Michael Essa in his new bad ass BMW M3 in second and Walker Wilkerson in third. The final battle between Powers and Essa is one of my favorite battles of all-time and could of easily went either way. Can’t wait for Round 2 in Road Atlanta.

Check out a few photos from practice and the main competition. 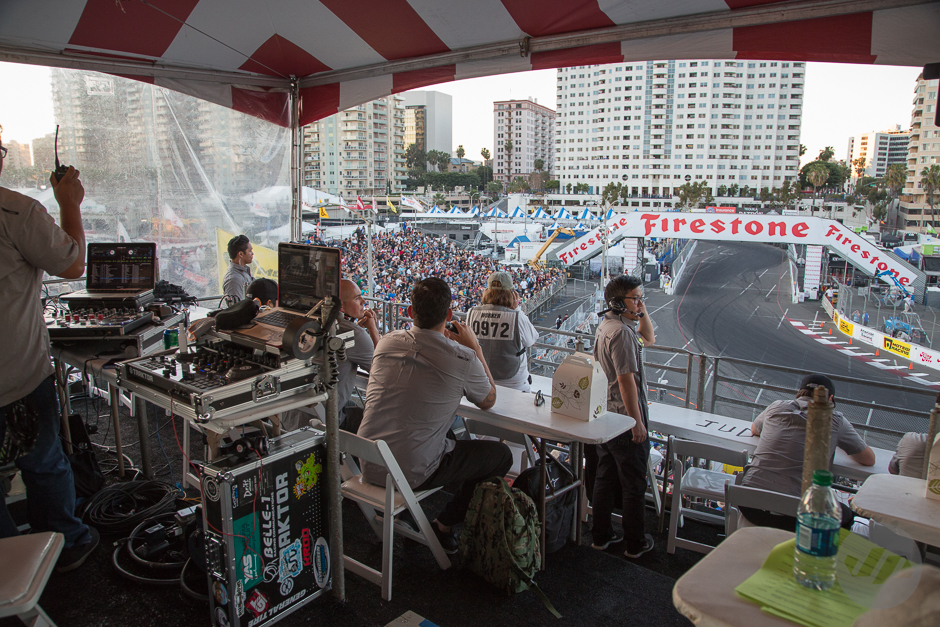 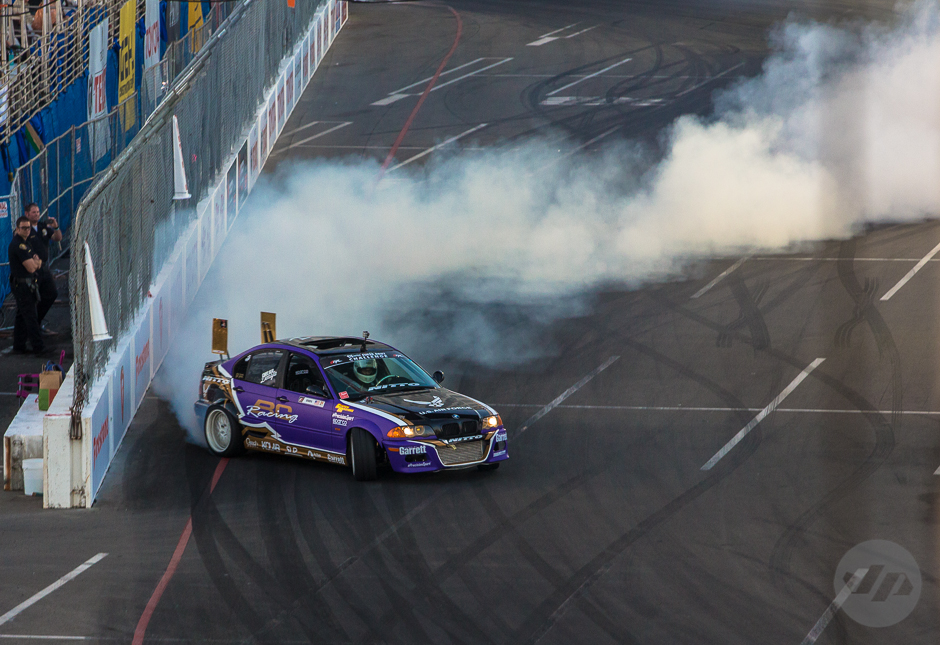 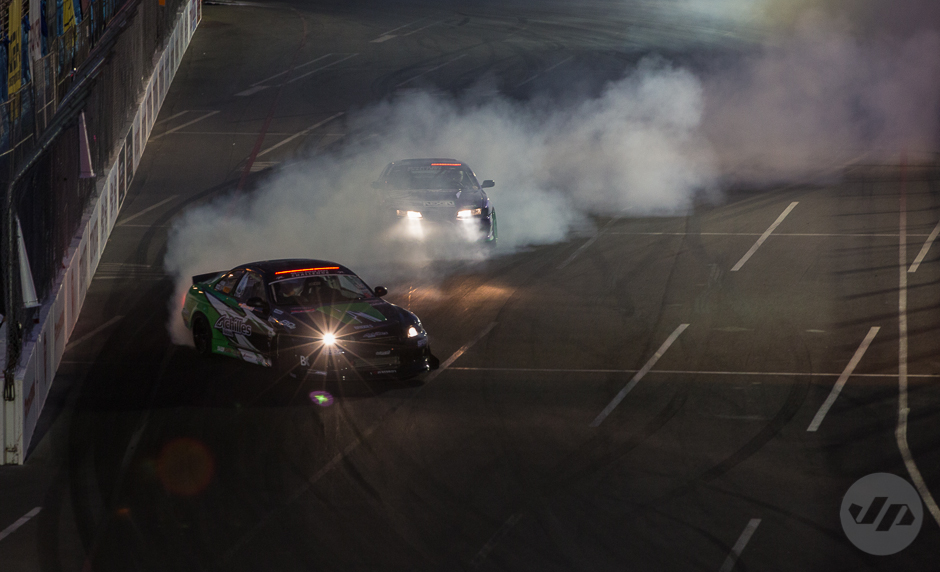 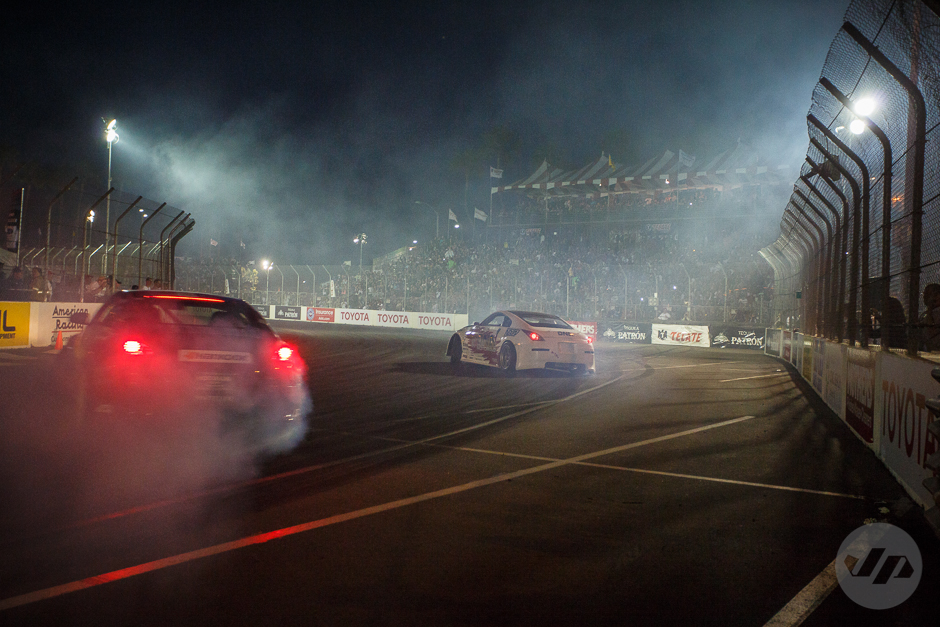 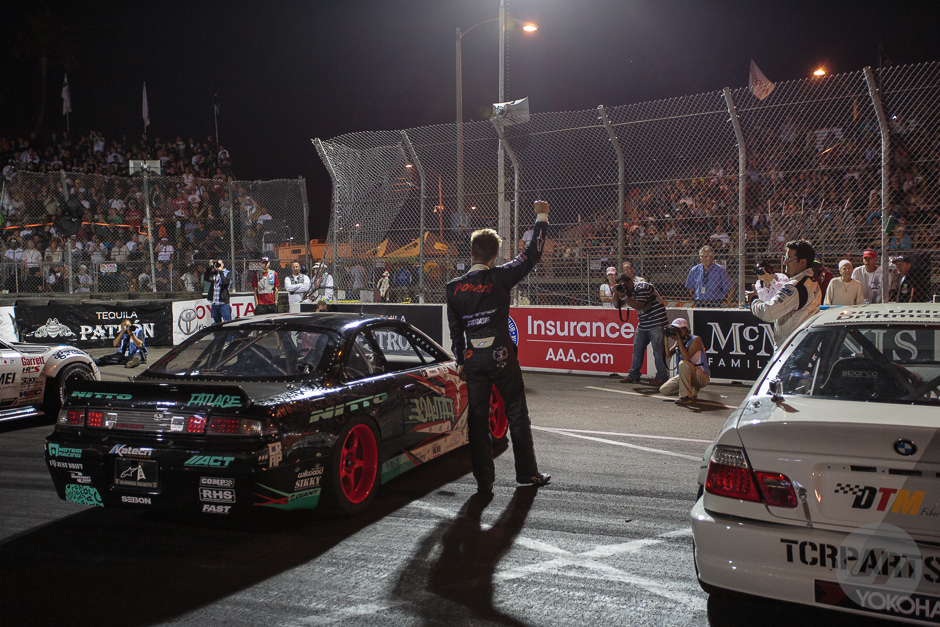 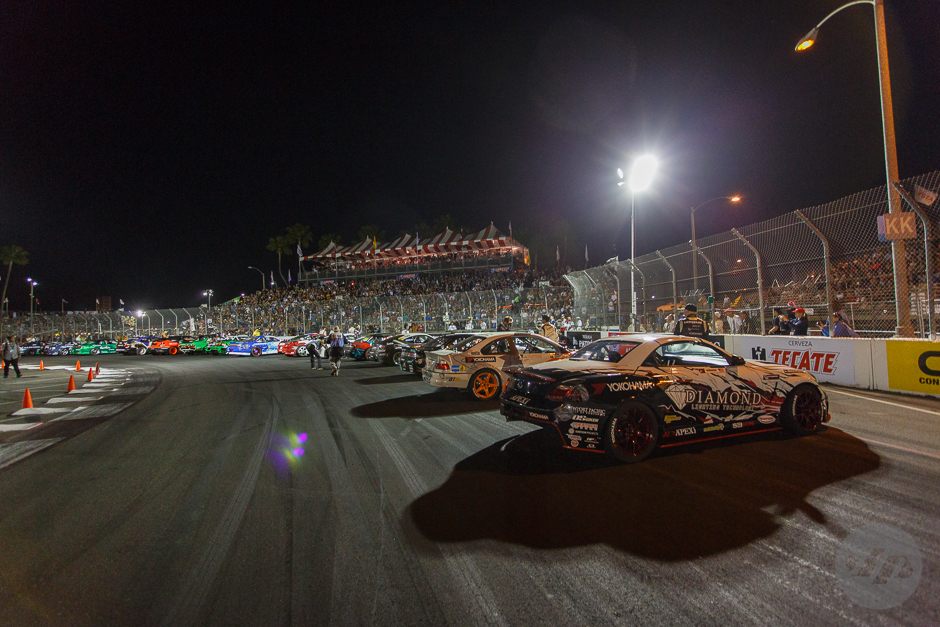 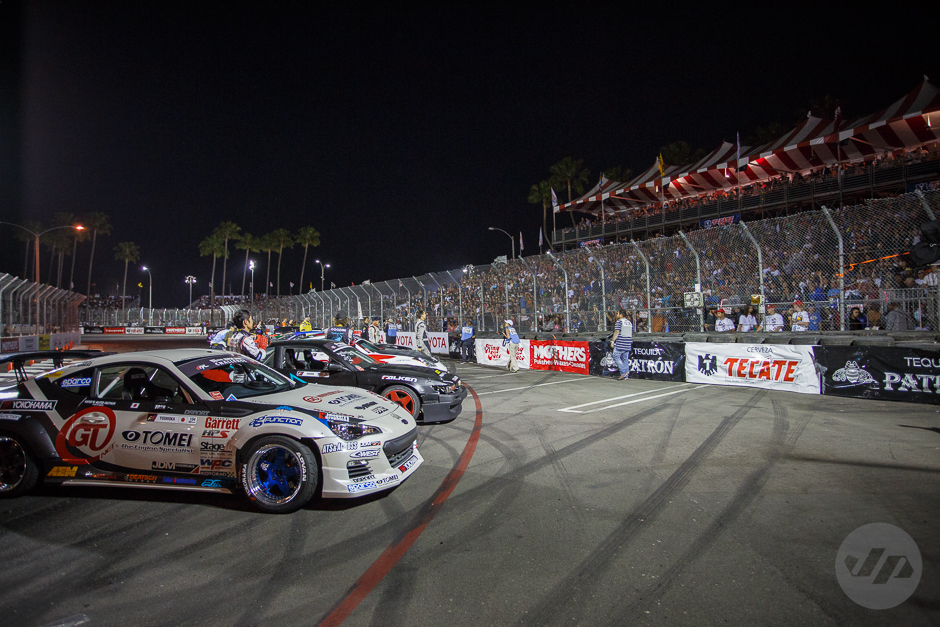