The lead up to these events have been pretty incredible, with non-stop updates from entrants and competitors as they prepared for the biggest weekend of drift all year at our local track, Queensland Raceway. The weekend kicked off with the second series of the very popular Short Track competition. Running a three round format on a fast, short course surrounded by concrete barriers, there was some pretty wild driving as competitors head in to the first rear clipping point and run the wall! Kris Klutke showed us how it’s done with plenty of style! 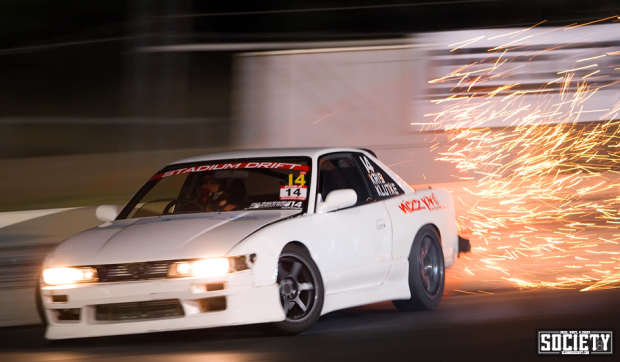 The crowds packed in and lined the barriers to watch the drivers run the course. 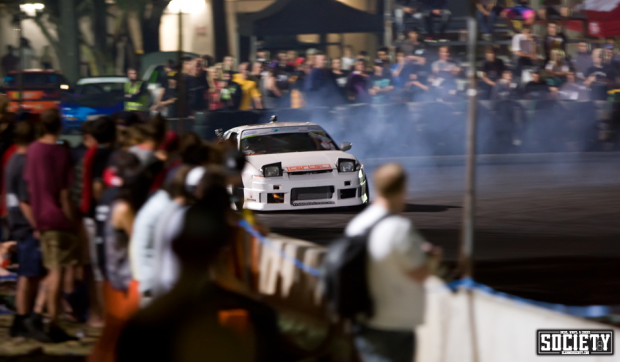 An impressive list of drivers made an appearance, including former Drift Australia, Australian Drifting GP and JDM All Stars champion Luke Fink in his own daily driver! 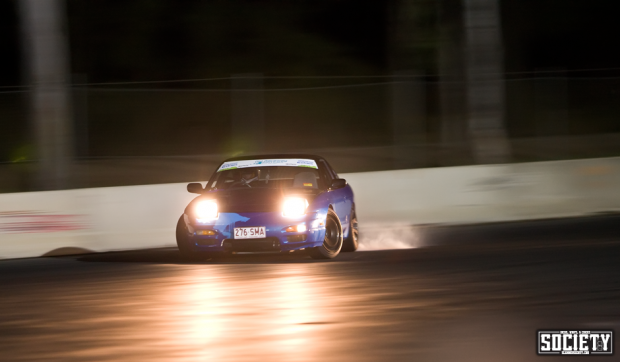 Having made the trek from Victoria, Nigel Petrie rolled out in the Engineered to Slide 180SX and if you’re not familiar with Nigel’s handiwork, make sure you check out his website to see some incredible fabrication. http://engineeredtoslide.com/ 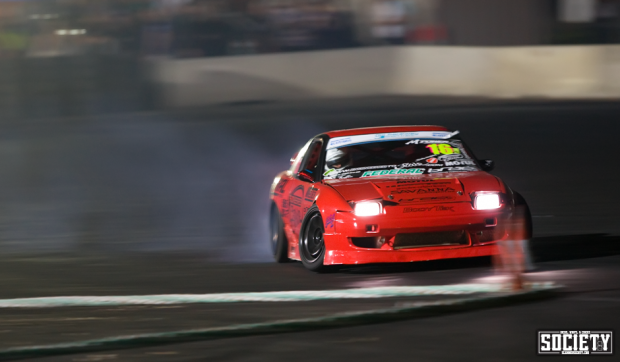 Formula Drift Asia competitor Josh Boettcher also brought out his Sil80, with his S15 currently getting a full work over before Josh heads back to Indonesia for the final round of FD Asia for 2012. 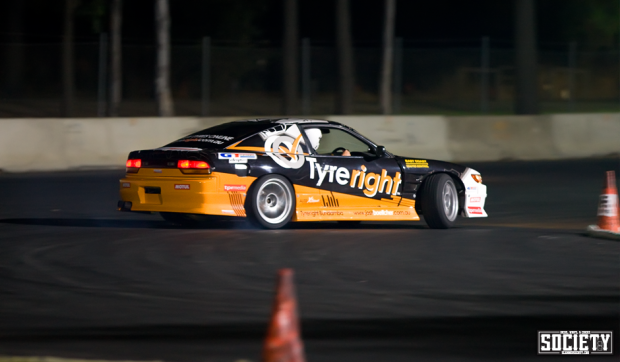 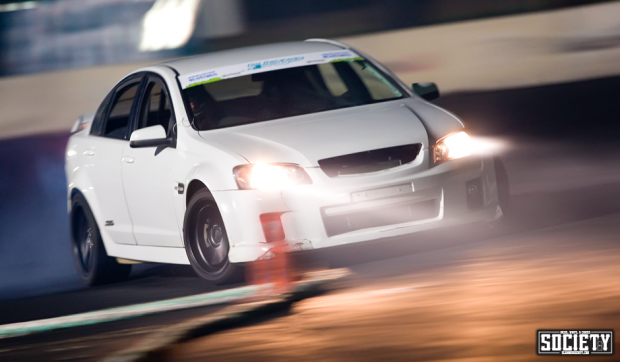 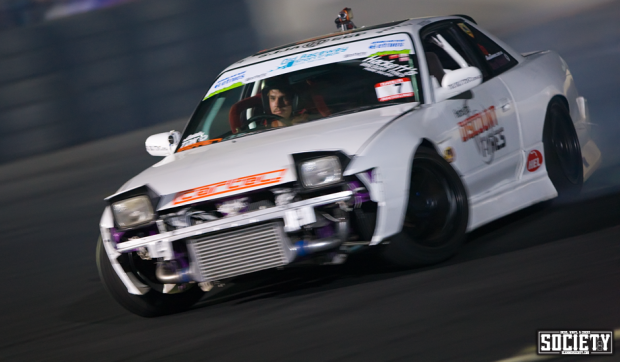 There were some very close battles and some impressive driving as the night progressed, one of my favorite cars on track was Grant Scott’s KE70, it was great to see this car on track! 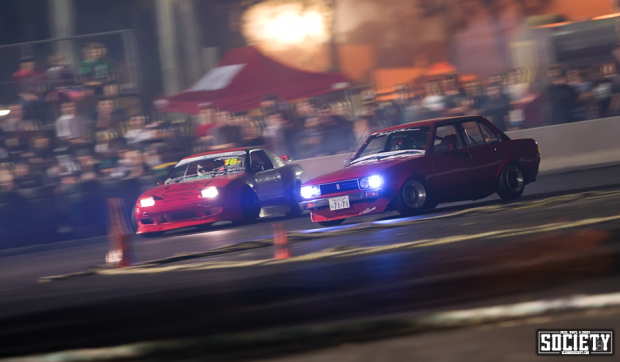 Nick Coulson also brought out his V8 powered VE ute. After round 3 of ADGP, Nick has really got his setup dialed in and was carrying plenty of speed and showing some impressive grip as he flicked the ute around the track. 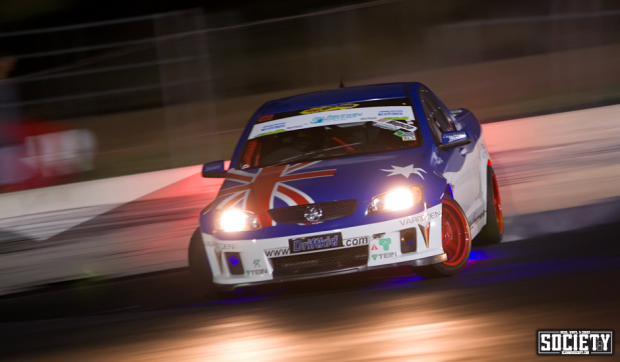 In the end, some very impressive driving from Levi Clarke secured the win in his Soarer. Levi has had a tough few events recently, where mechanical issues have hampered his runs, so it was great to see him with the car sorted and take a convincing win. 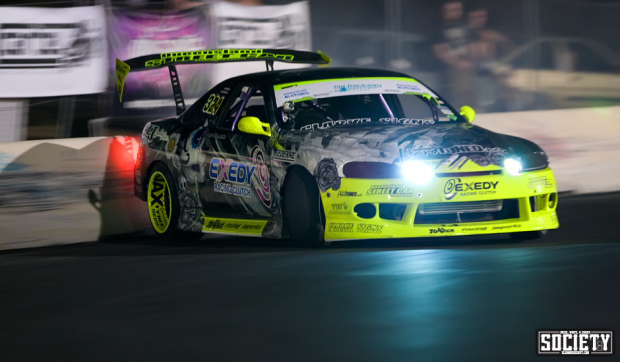 With the Short Track event coming to a close, the weekend was only just getting started. 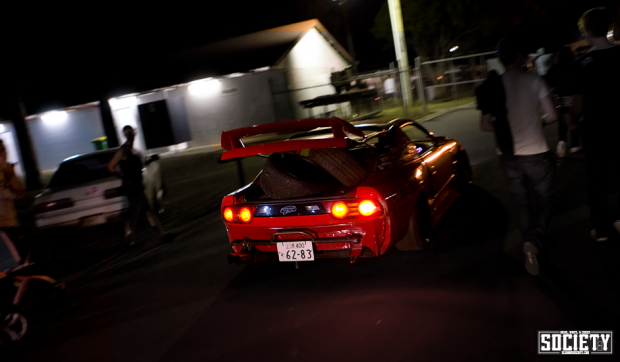 Early the next morning after only a few hours sleep, the Drift Matsuri was underway. With two tracks and a skidpan running, the action was absolutely non-stop! 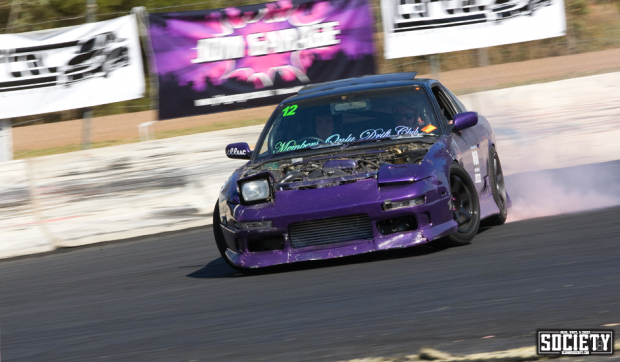 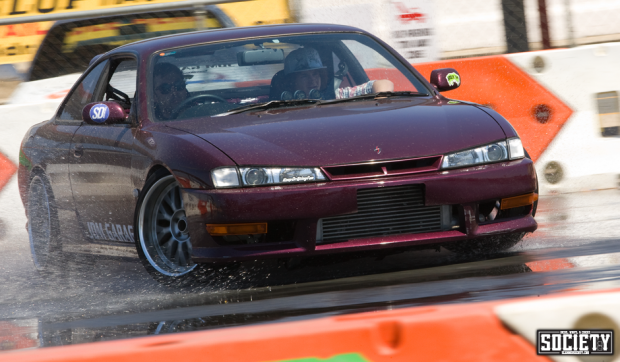 Here are just a few of my favorite shots from the event, there were so many great cars on track and plenty of style! 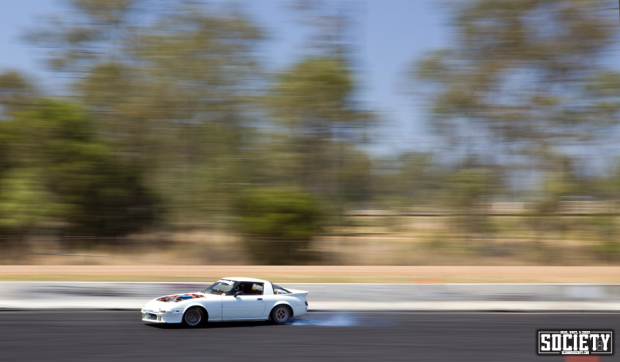 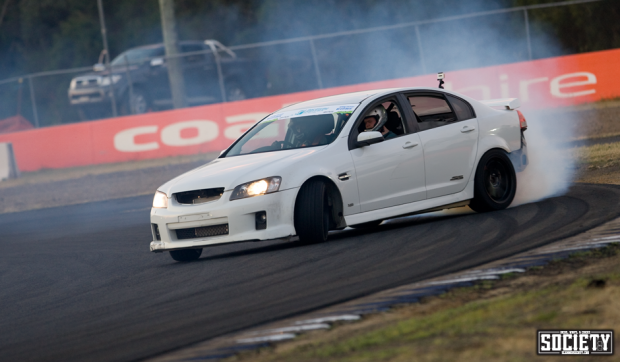 This car was a great example of a well modified AE86, it was just so right! The occasional dirt drop livened up the action on the exit of turn 6! This guy was just loving life!!! The preferred mode of transport around the pits was either BMX or boot. On the skidpan, drivers let loose and I have to be honest, it looked like so much fun that I wanted to jump in for a drive!!! The main challenge for the weekend was just keeping a fresh supply of tyres, ready to head back out on track! With most entrants camping at the track for the weekend, they just settled in for two days of non-stop drifting. It was an absolutely massive weekend and I have to commend Neil Lewis and the team at Queensland Raceway for running such well organised and enjoyable events.

Bring on the next round of Short Track and Matsuri 2013!