Last night Red Bull rang in the New Year with 2 world record attempts by Levi LaVallee and Robbie Maddison in San Diego. In true Red Bull fashion the stunts were performed in front of a live audience in San Diego’s Embarcadero Marine Park with both riders pushing the limits to clear a set distance record over the water gap beneath them. The action was also captured live on ESPN.

Adding to the danger was the fog that rolled in. Not only did it effect visibility for the riders, but also the moisture took grip away from the tires of the Maddison’s motorcycle giving him less traction and speed. After a short delay and as the excitement built up both riders simultaneously took off and launched off their ramps both landing to the roar of the crowd. Maddison came up a bit short of his world record of 391 feet, landing at 378 feet, 9 inches (in practice he cleared the 392 feet.) LaVallee broke his own world record distance on a snowmobile with the distance of 412 feet, destroying the old record of 361 feet.

Thanks to Red Bull for the hospitality and opportunity to shoot the stunt. They provided me with access to a pirate ship that was in the perfect location to shoot the event. Here are the photos I was able to capture last night.

The massive take-off ramp on the north side of the Marine Park. 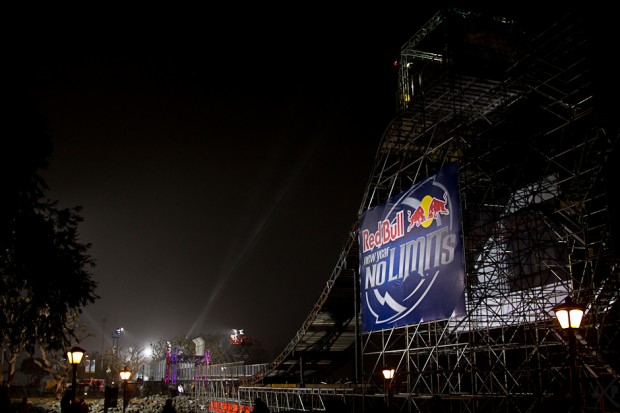 The landing ramp on the south side of the Marine Park over 300 ft across the water. 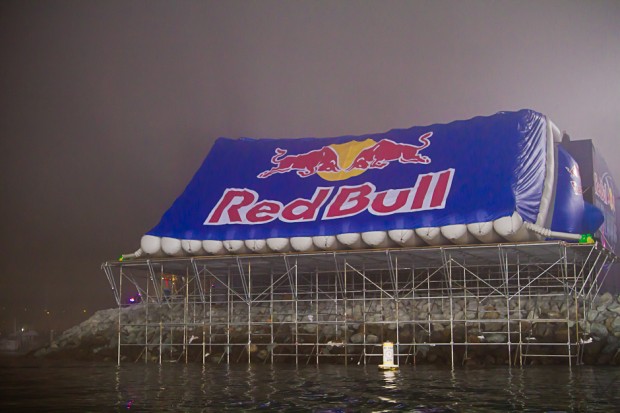 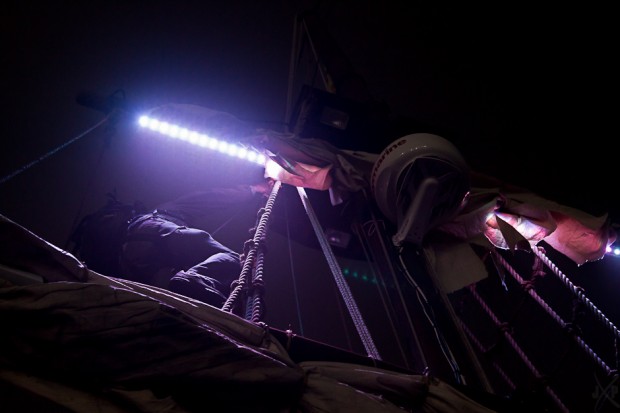 View from the pirate ship 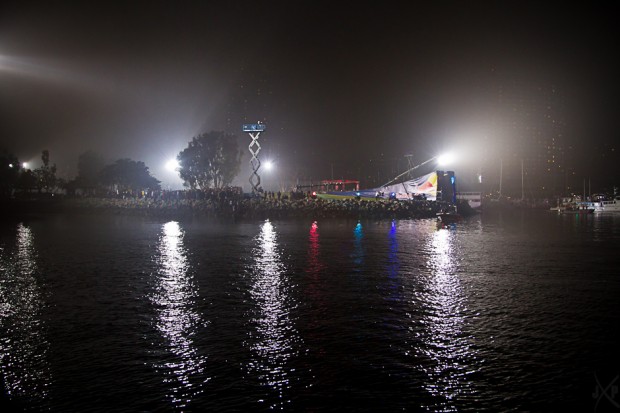 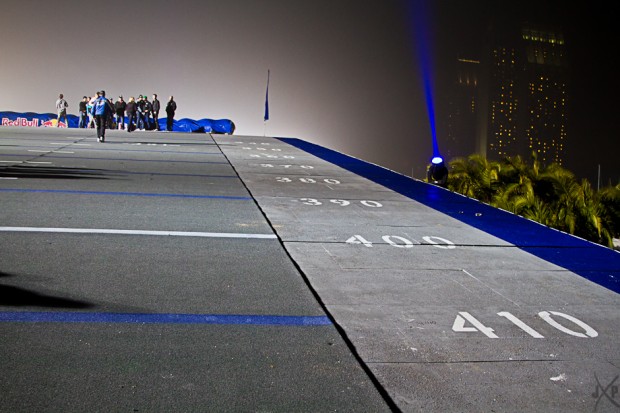 Robbie Maddison in front of the cameras after the stunt. 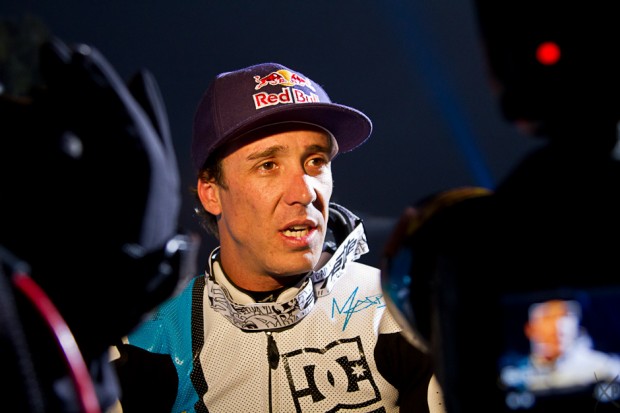 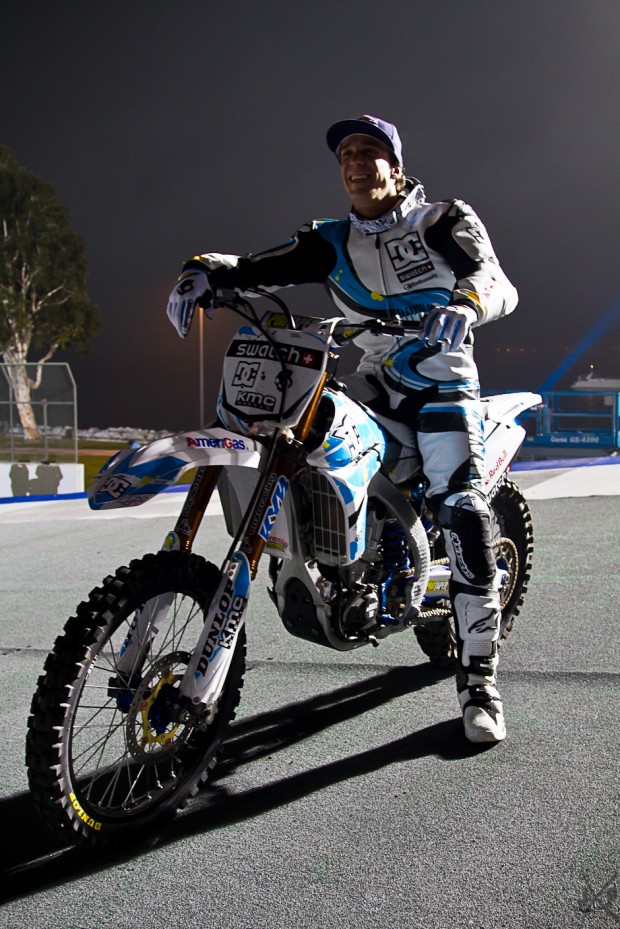 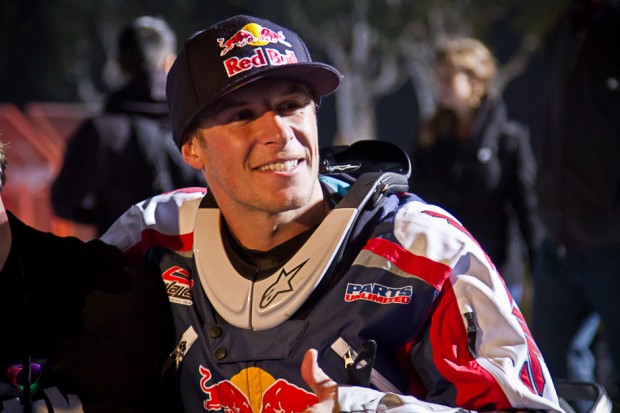 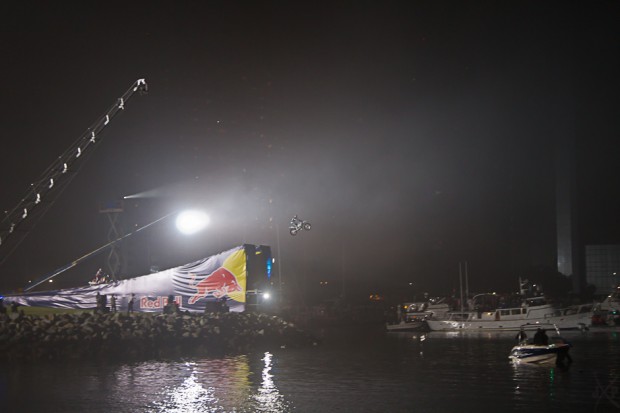 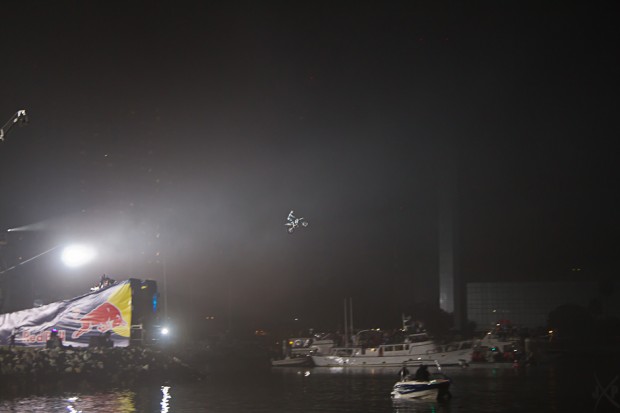 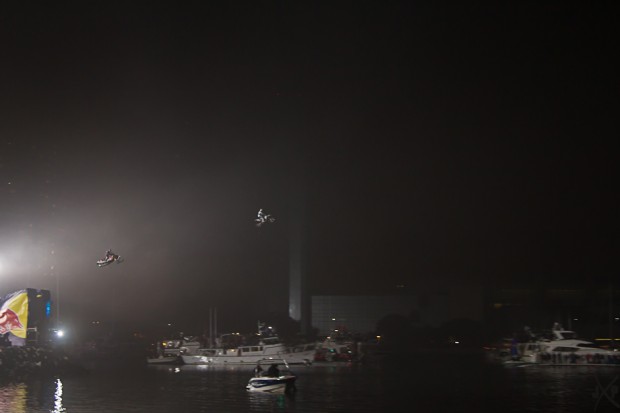 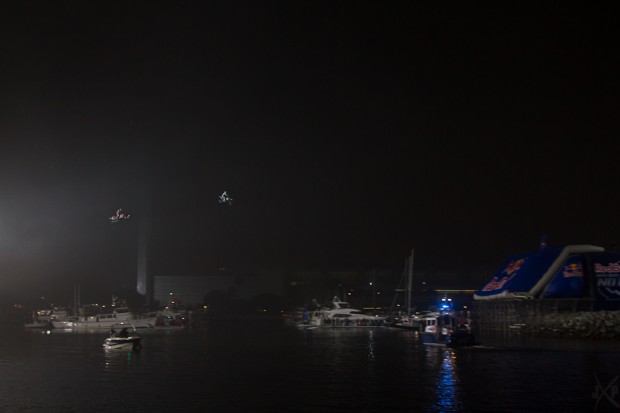 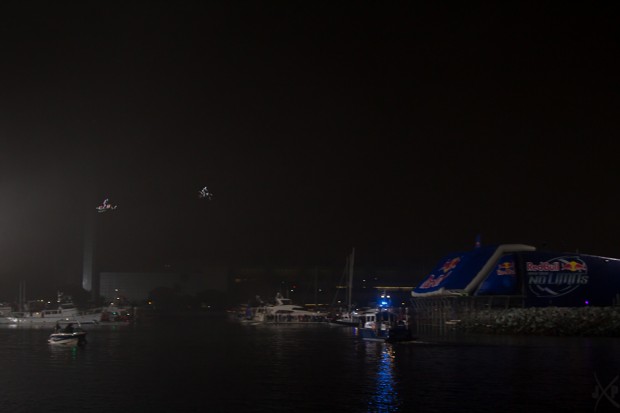 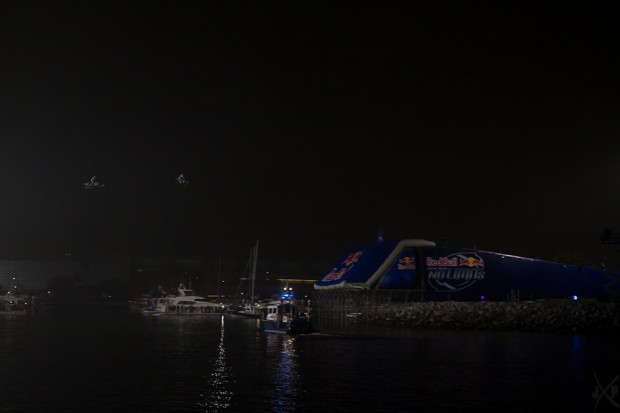 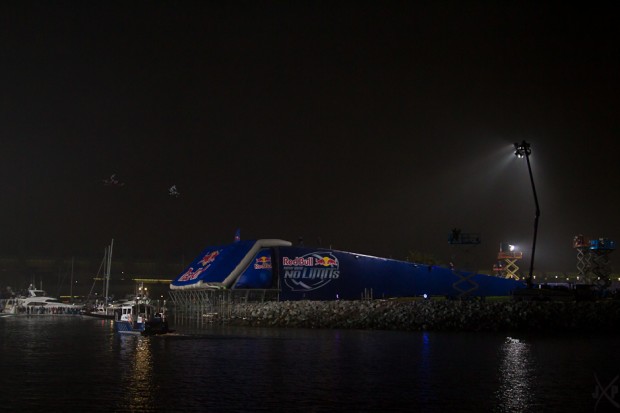 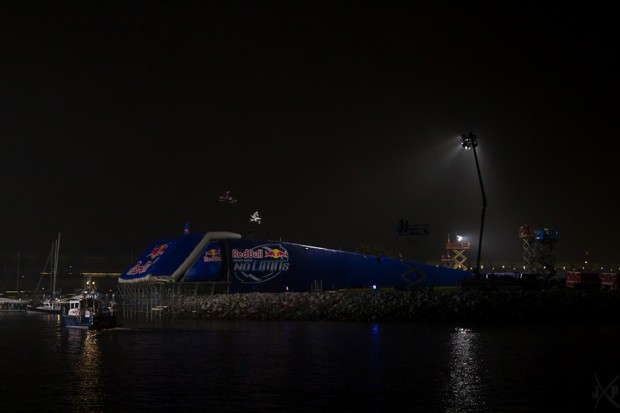 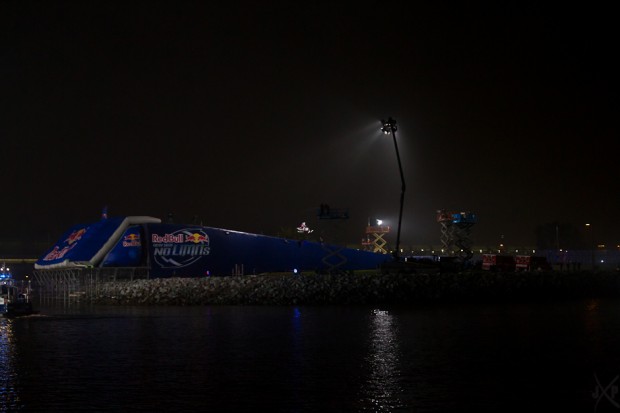