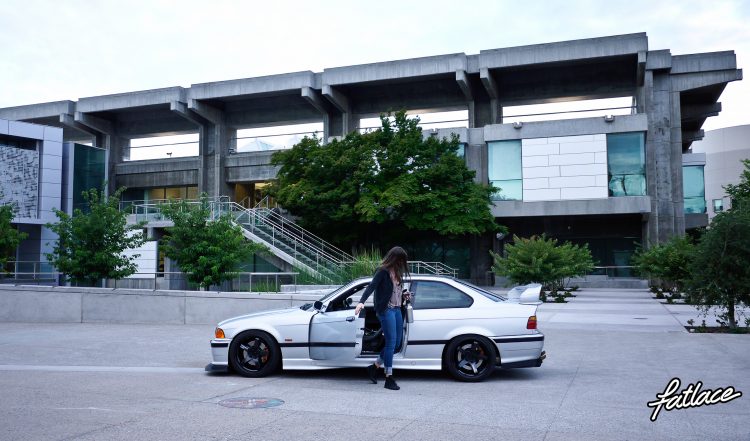 I’ve made it my mission this year to leverage my resources at my job and give back to the people I know or have met through the car community. Previously, we hooked up my friend Brandon Lee and his 2JZ S14 with some sticky Toyo Tires R888’s for Bash To The Future 4. With the upcoming Word Up Wednesday on June 29, I decided to initiate a program to invite several drivers from different backgrounds. The driving comes secondary, the purpose of this program is to be more of a networking event to bring different and great minds together. 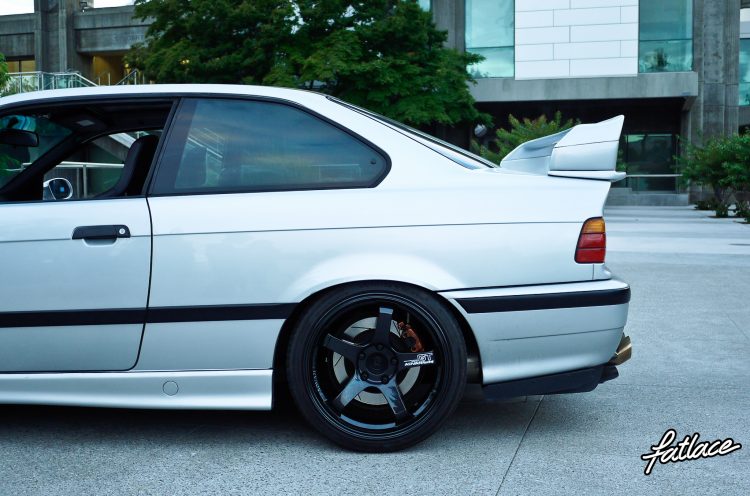 The first of many drivers invited is Sam Hawkins. I remember coming across her previous E36 M3 on Instagram and thought “oh that’s tastefully done”. It was nicely stanced and it seemed like it was setup to handle. Months later she ended up selling that car and getting a nearly identical one with a little extra oomph. 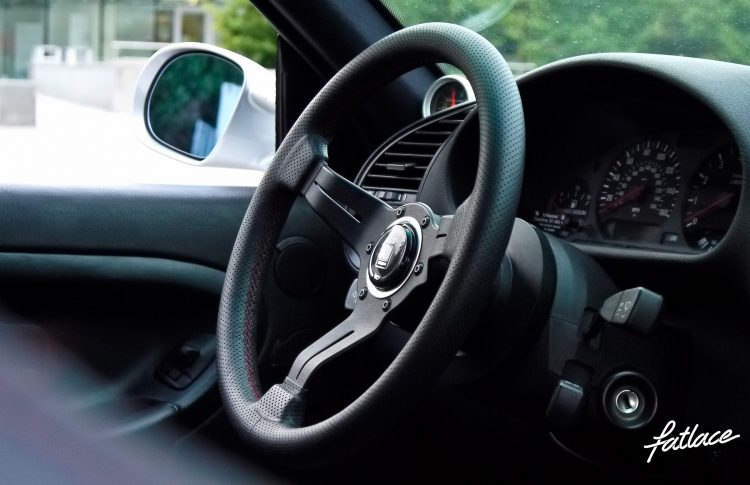 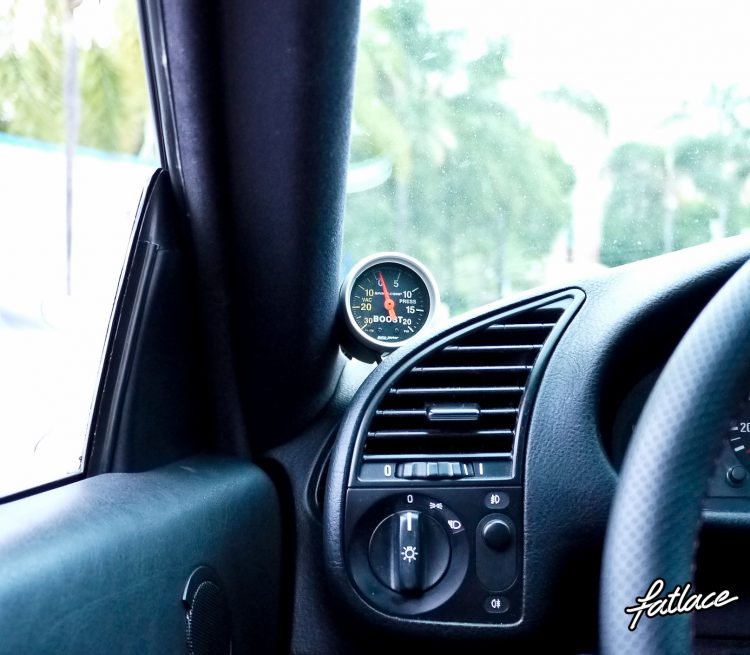 Her E36 isn’t just setup to be parking lot pimpin’, she actually takes it out to the track. What draws my attention is that it looks like the car could’ve been a factory built supercharged club racer (aside from the LTW). 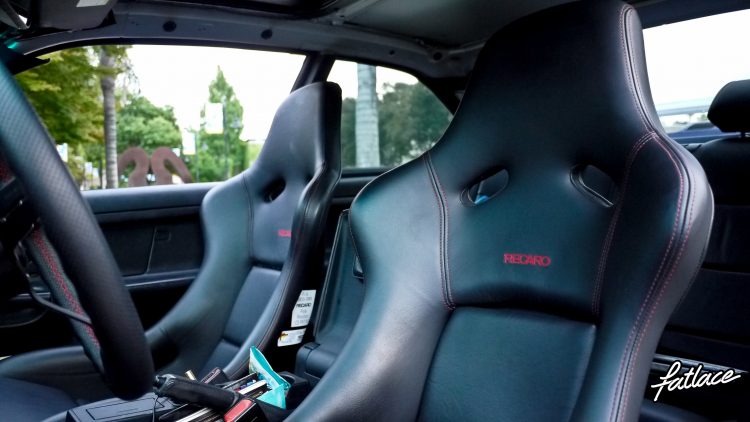 My favorite part of the car isn’t the wheels, neither is it the Vortech supercharger; it’s the interior. I think that there’s a lot to be said about the way a driver sets their interior up. Clean, functional, and once again tastefully done. Everything seems to fit right in without having to wonder “why the hell did she do that?” It just makes sense. There’s an overall harmonious balance between form and function with this build. 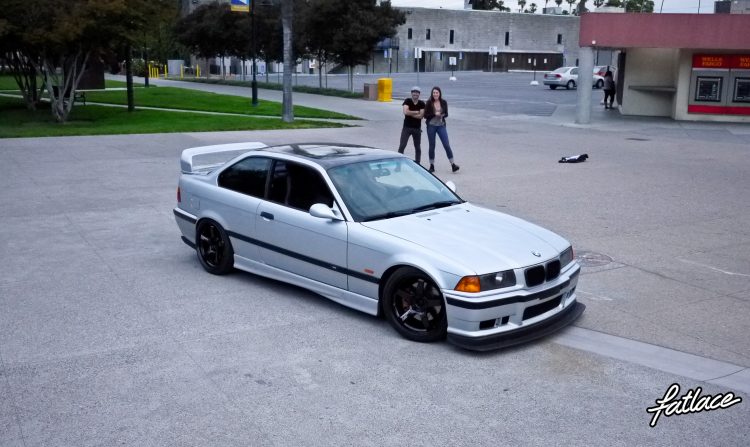 As the shoot went on, I did a little impromptu interview to get a sense of who she was. I had discovered that Sam used to own an 80’s Bronco and was inspired to own an E36 M3 after seeing her friend’s, she also enjoys listening to G-Eazy, and would rather spend time with her family than drive her dream car on an adventure if she had 48 hours to live. In all honesty, her answer was so good and different that it caught me so off-guard that it threw off my interview cadence. 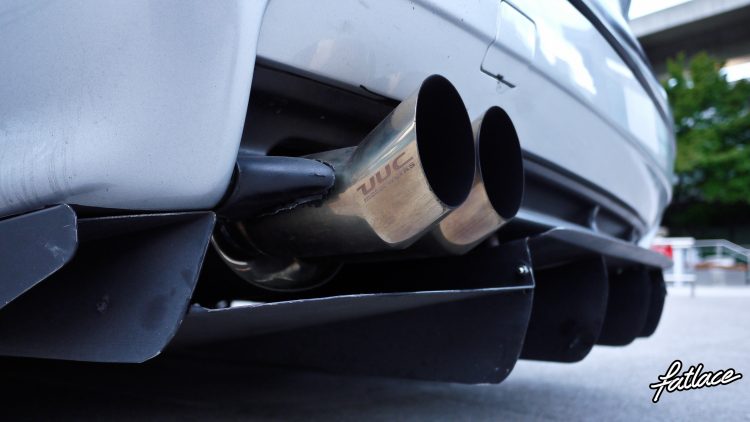 She has an open mind and has the willingness to learn new skills. As an aspiring young professional, Sam is steady grinding at her current job and working towards moving into a finance role in with a big company in Silicon Valley. But till that time comes, you can catch her tearing up the track in her silver bullet or at Word Up Wednesday on June 29! 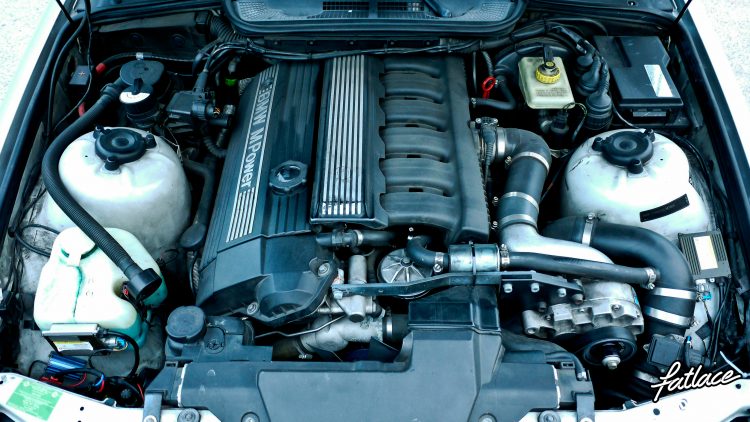 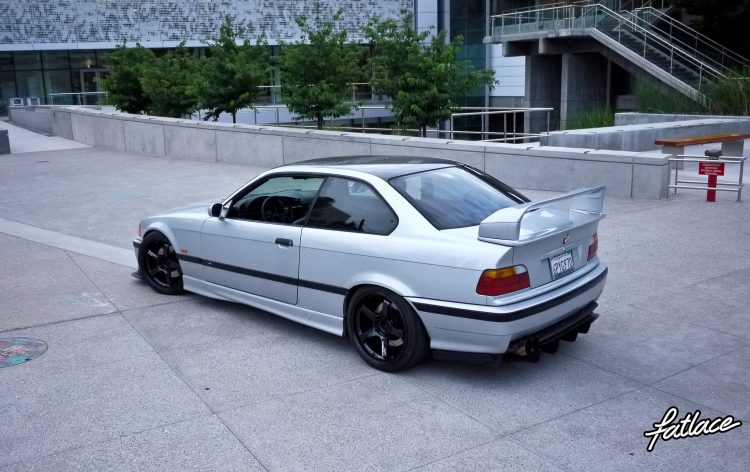