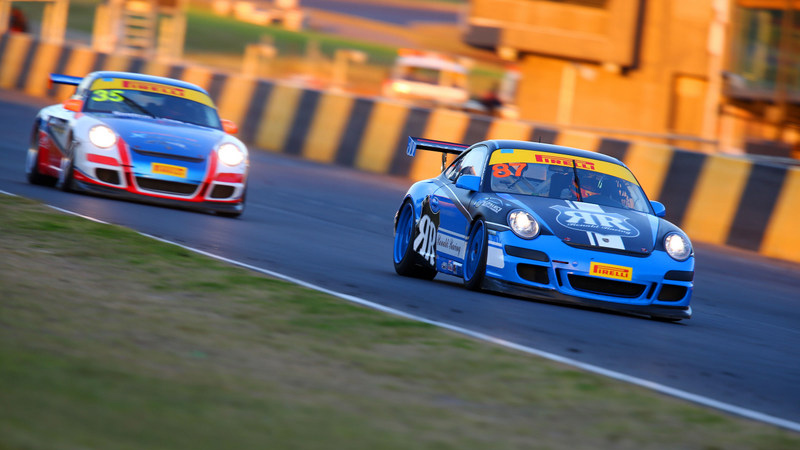 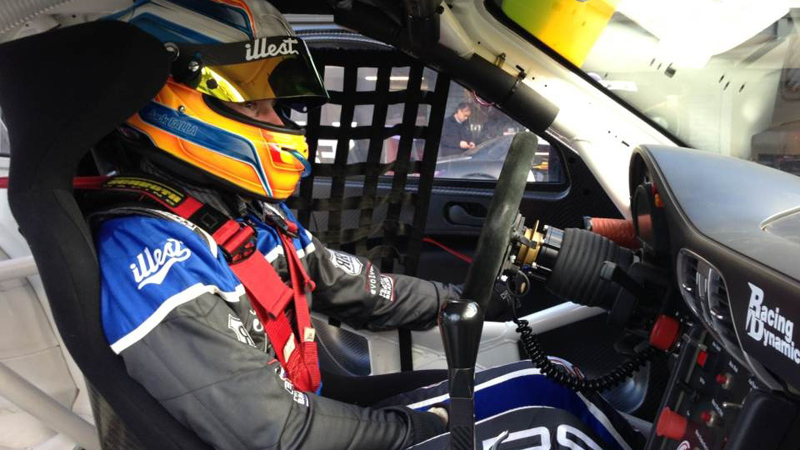 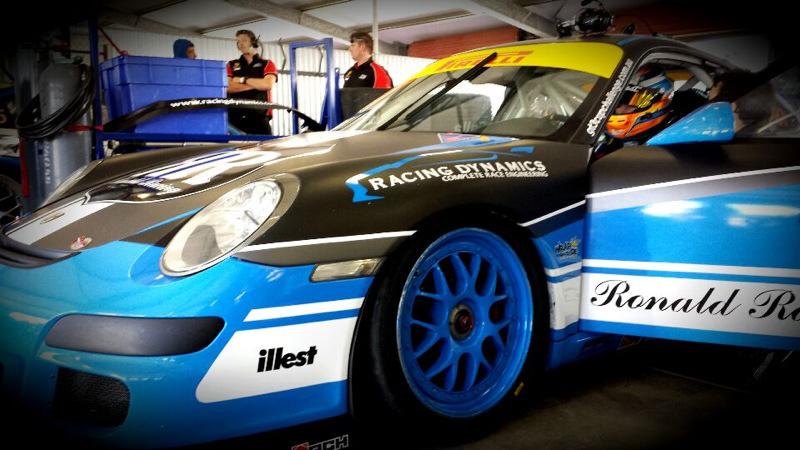 British born Jack Falla has gained further experience in his first season in the Porsche GT3 Cup Challenge presented by Pirelli, after claiming a top ten finish in the Jim Richards Endurance Trophy under lights at Queensland Raceway, and backing it up into the sprint races as the final round of the season approaches.

With 30 minutes for qualifying, strategy would prove key for Falla as he continually set consistent times recording his best on his 14th lap with a 1:14.592 to sit 9th for the start of the endurance race. With it being the first event for Jack at the Queensland track, he soon became adapted to the fast layout and the challenges it presents.

“The circuit was very challenging on me and the car, long straights with heavy braking was not something I was used to, the Racing Dynamics team worked really hard to have the car prepared in order for me to focus directly on learning the track,” Falla said.

With the first race of the weekend over 40 laps under lights, Jack had to quickly adapt his driving to the darkness. The West Australian’s quickest time was delivered on lap four with a 1:15.292, and despite a minor mistake during the race, the time behind the wheel was integral for Jack with just one round to go in the series.

“It was definitely a challenge in the longer race in particular under lights. I soon became adapted to driving at night and even with a fast spin off on the back straight I managed to hold my position, it was a seriously cool experience to race in the different conditions,” Falla added.

With two 12 lap sprint races remaining in the weekend, Jack had to convert his driving style back into the fast paced format. As the lap records fell in the first race of the day, Jack brought home a ninth place finish on the back of his first race result.

Improvements showed through in the sprint as Jack climbed to seventh and remained there for much of the race. Immediately after recording his fastest time on lap eight, the former powerboat racer departed the track at turn six, affecting his race standing, after fighting back, he went on to claim twelfth place.

“Race two was tough, everyone picked up their pace from the night race which made it a very challenging twelve laps, I was forced to drive at the absolute limit. It was disappointing to finish twelfth in the last race after such a convincing start, we know we have the pace and now it’s a matter of showing that at Phillip Island and getting some more good results,” Falla concluded.

Round six of the 2013 Porsche GT3 Cup Challenge presented by Pirelli will take place as part of round seven of the Shannons Australian Motor Racing Nationals at Phillip Island, Victoria from September 20-22.