Recently, I was invited to a driving experience like none other. AMG, the tuning house for Mercedes Benz, offers driving school for those that want to learn more about their AMG tuned Mercedes and how to control their cars in various driving conditions. Meguiar’s, the number one car care product, just happens to be one of their sponsors and through them, I was offered the invite to the Advanced session of the AMG Driving Academy at the infamous Laguna Seca Raceway.

I’ve driven Laguna a few years ago and was a passenger with Randy Mamola at MotoGP but I’ve never taken a driving lesson at Laguna nor have I driven an AMG Mercedes on track. Super stoked, Yes I was. On the track, we drove the SLK AMG 55, SL63 AMG, E63 Sedan and the best of the bunch, the SLS AMG. The SLS was just awesome. It held lines so well and if you were losing control just a bit, the computer would know and apply more power to the corner that needed it. I never knew you could slam on the brakes after the straight before turn 2 without losing control. I literally mean SLAM on the brakes. The car has so much control it made a fan and a future owner of myself. 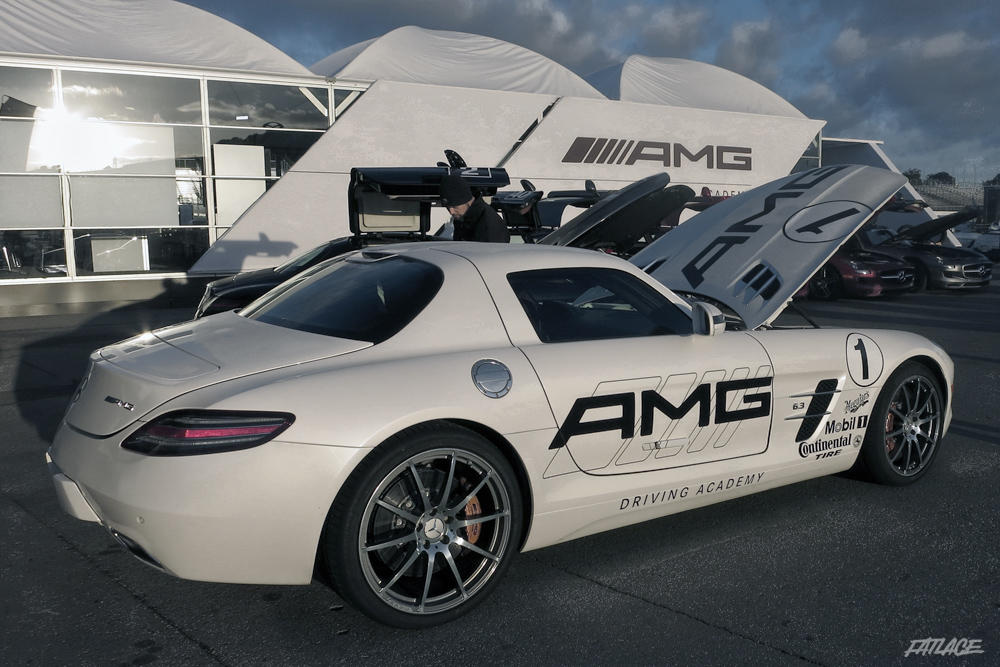 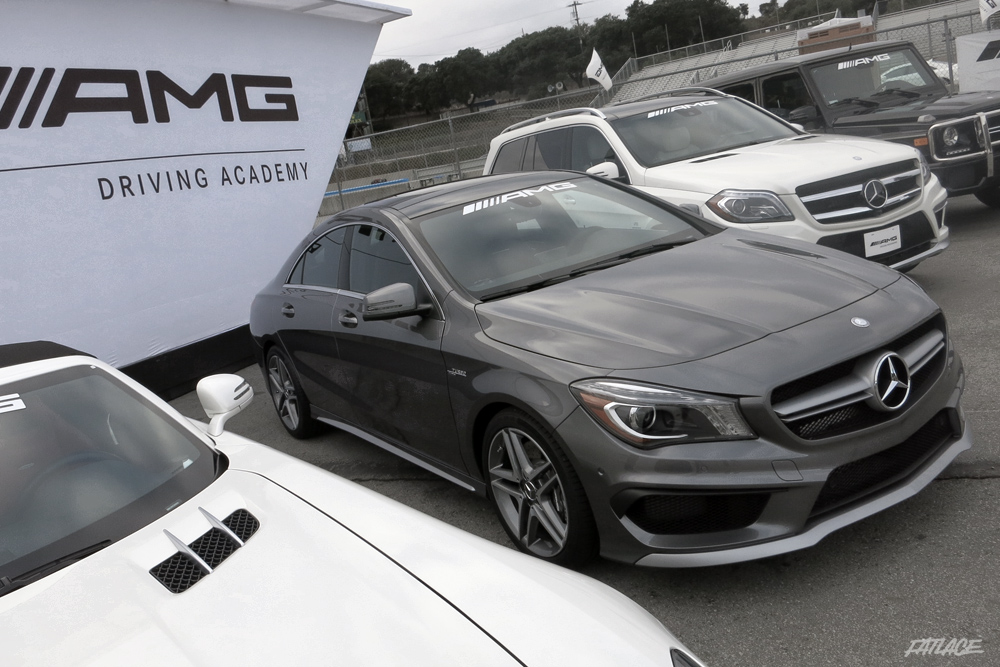 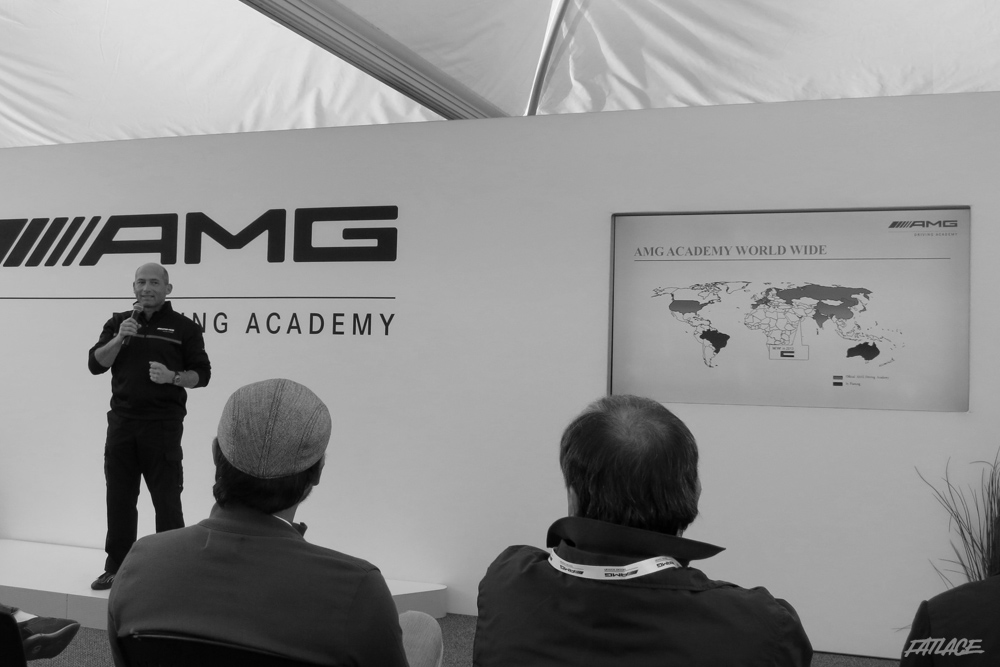 AMG Driving Academy director talking about the different schools and what they offer. 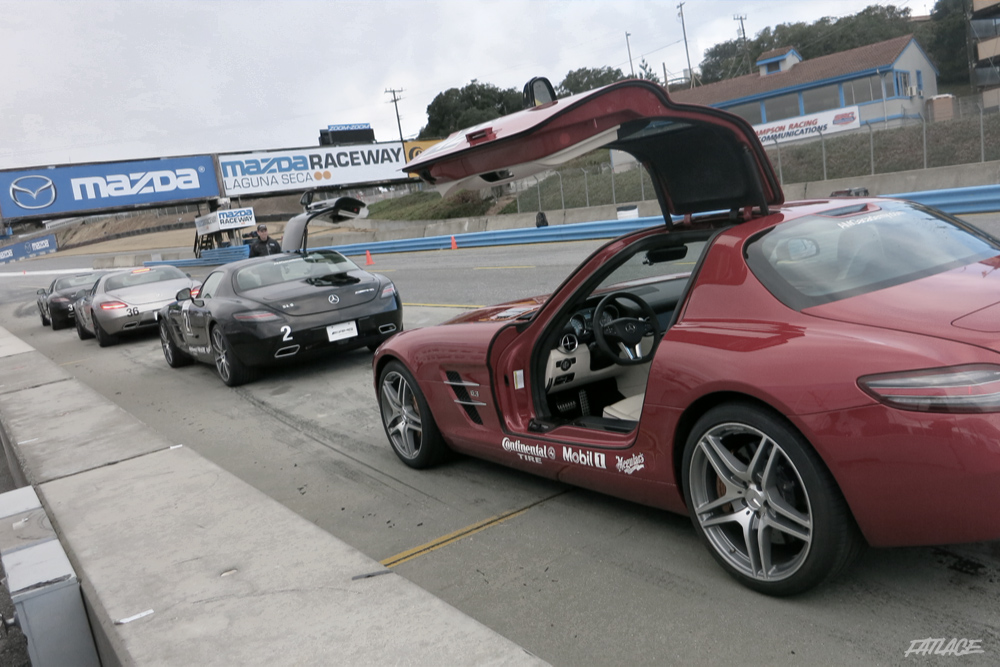 The SLS AMG cars ready for us. 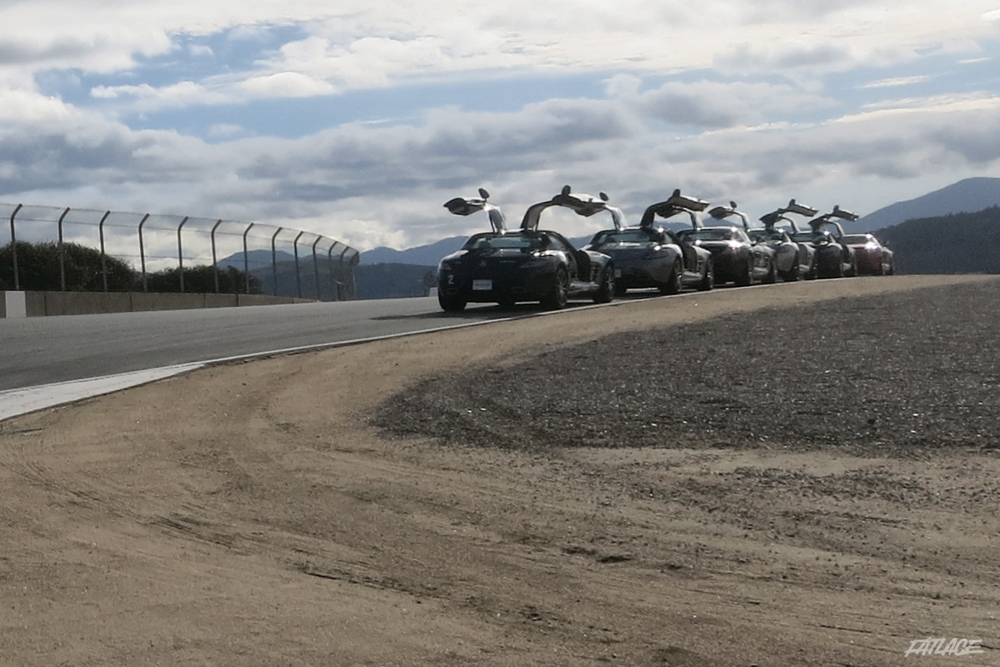 We drove up to the top before the cork screw and walked the track. The instructors showed us braking spots as well as spots to let off and on. Knowledge you wouldn’t really learn unless you’ve driven the course more than a bunch of times. 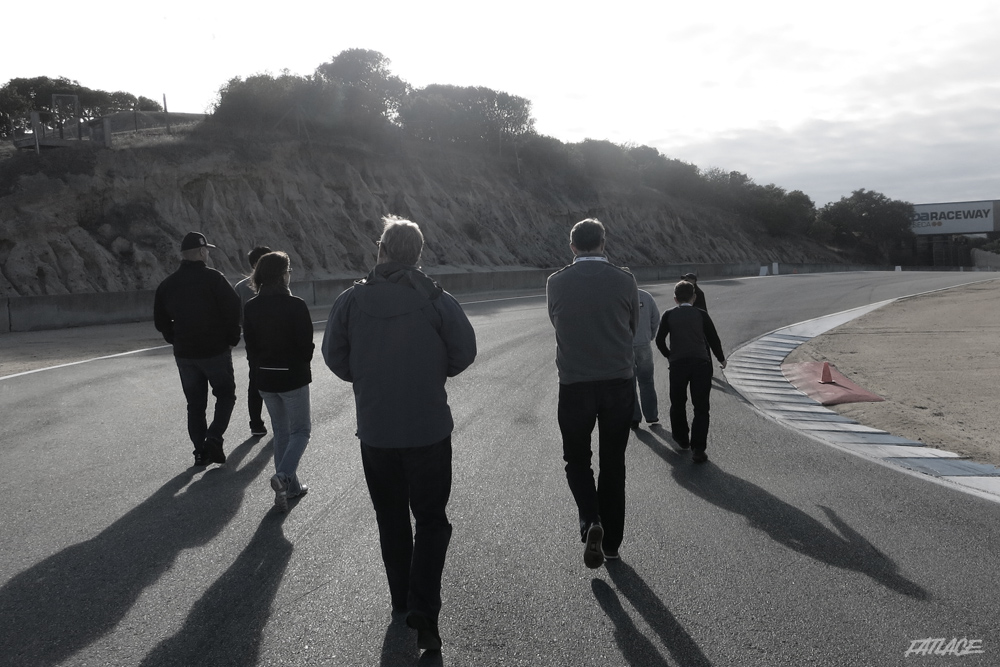 The knowledge we learned from walking the track was vital when doing lead/chase runs as every second counts when trying to get faster on the track. But I have to say it was really different once we did ride alongs with the drivers as they were braking extremely later than us and had techniques you can only learn from countless hours of driving on track. 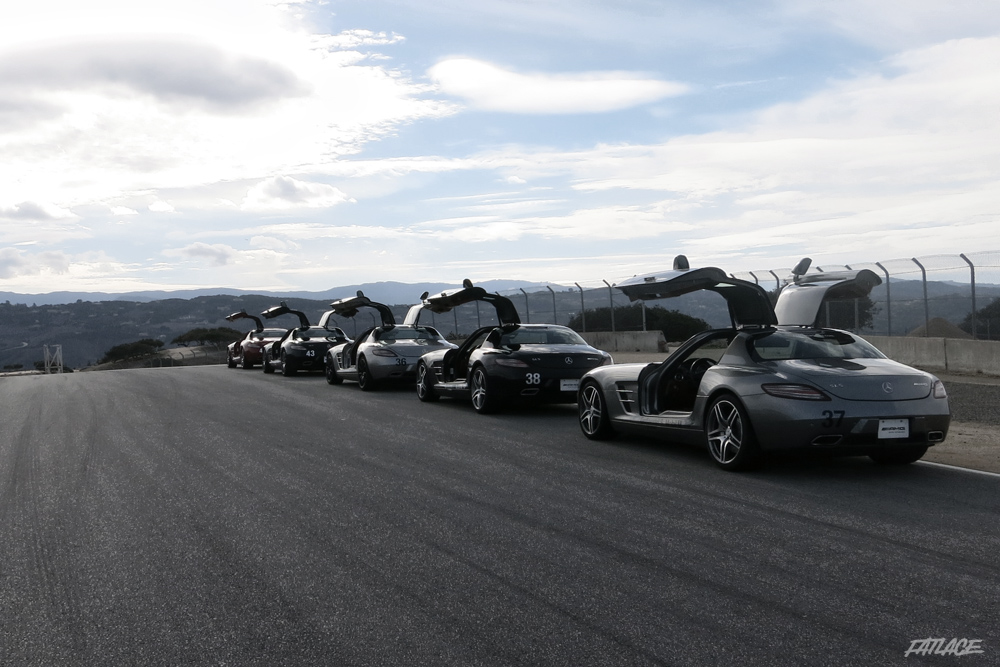 More photos of the SLS’s lined up. 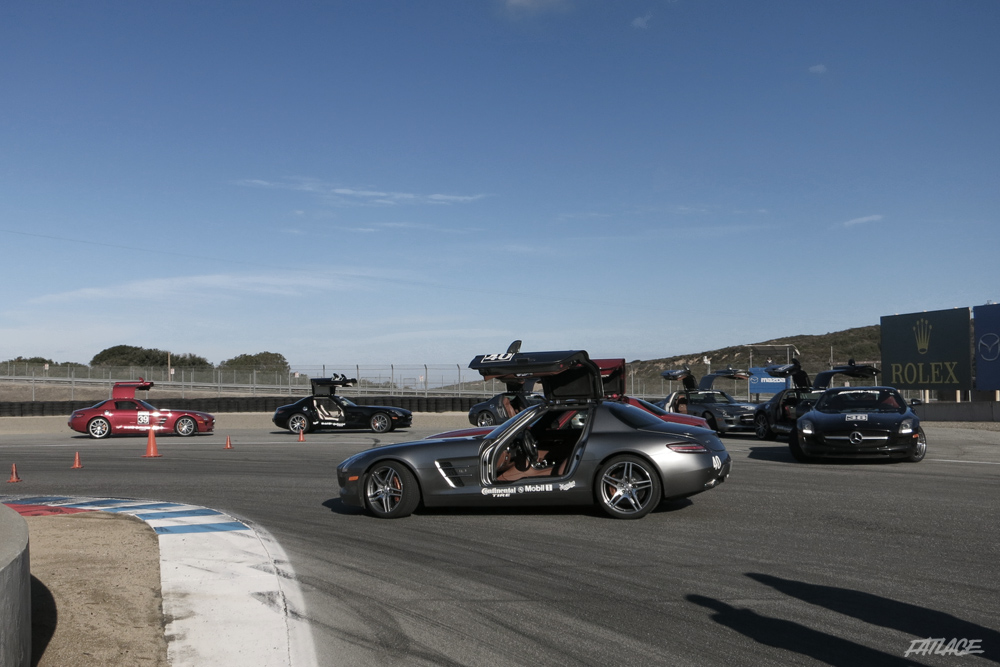 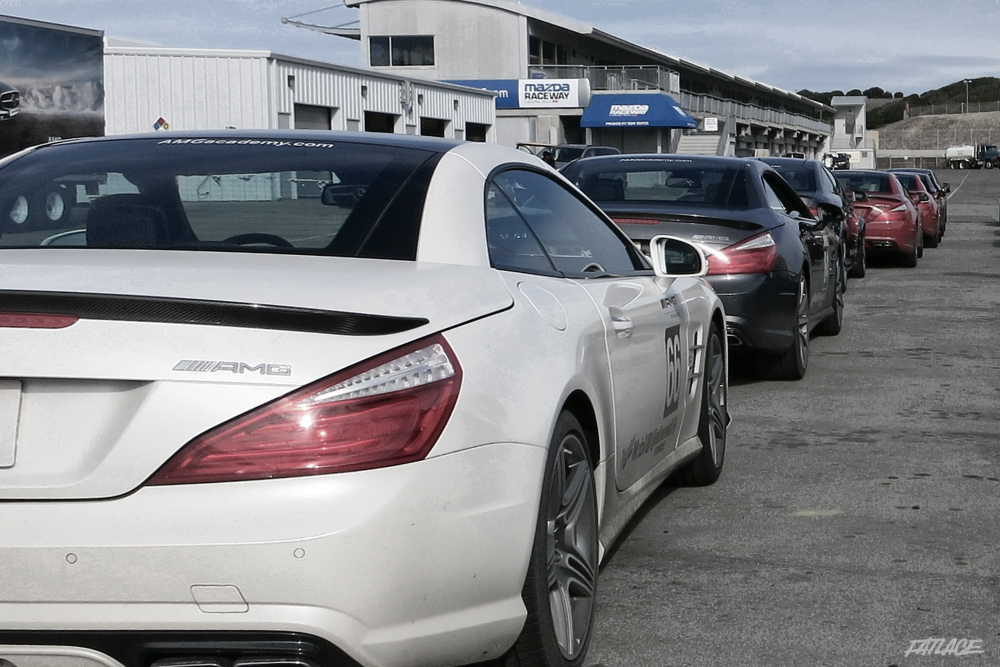 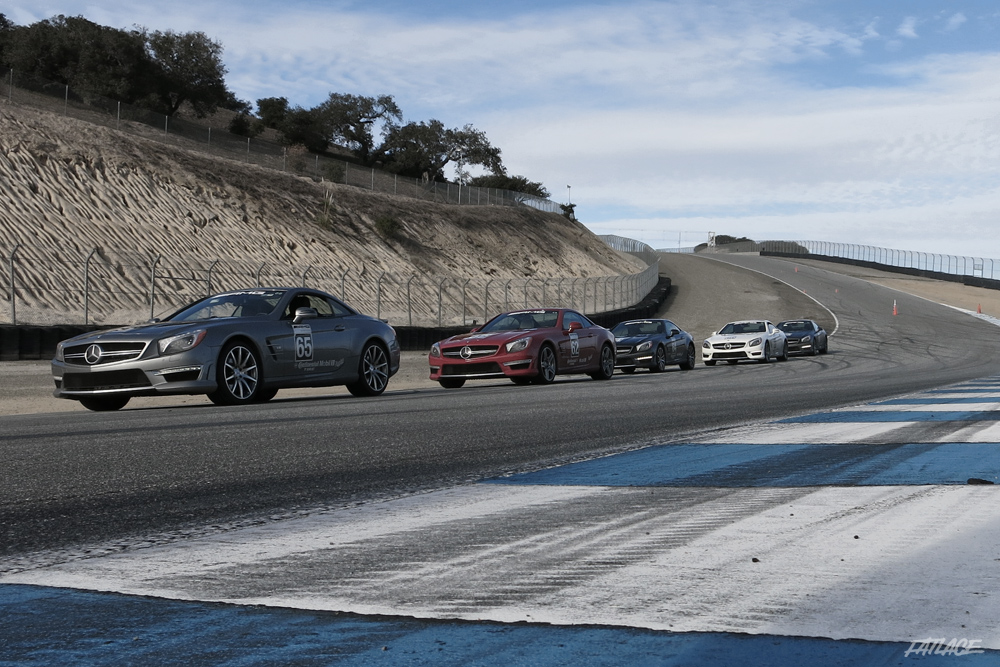 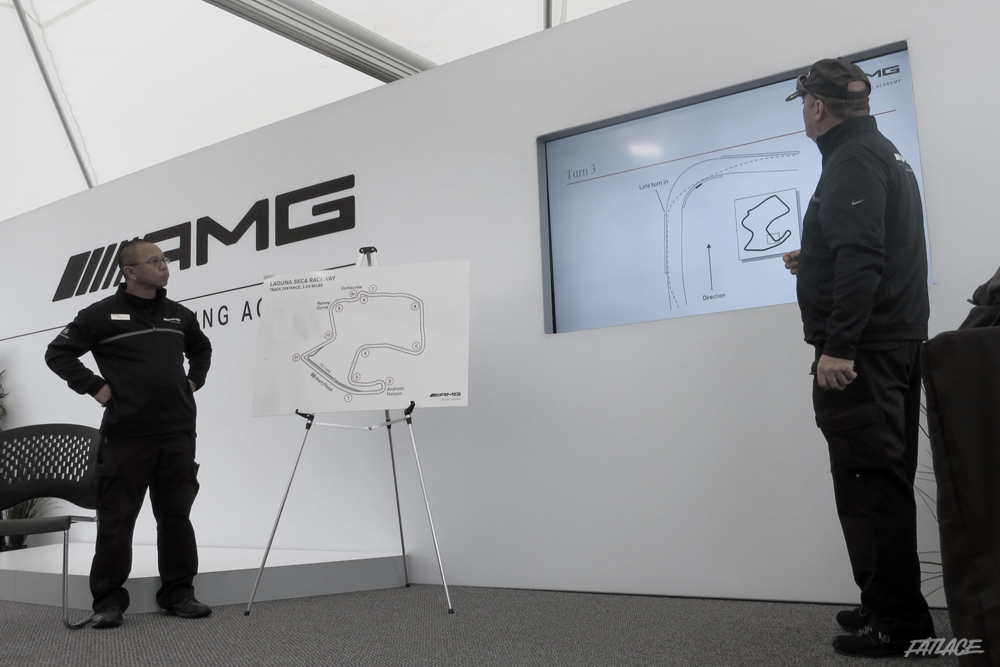 At the end the instructor reviewed our timed runs and pointed out the goods and the bads. After reflecting back on the event I have to say it was one of my more memorable events for 2013. If you’ve been considering this I highly recommend doing the class. You not only get to drive awesome cars, you meet interesting people throughout the event. Thank you Meguiar’s and the AMG Driving Academy and I can’t wait to get back to Laguna Seca.