In 2007, the AFC Asian Cup was won by Iraq. In the middle of a war, the men’s national team delivered an inspirational victory. They won 1-0, giving the people respite from the daily violence, and sending them into song and dance throughout Baghdad. Although they came from different parts of the Gulf, all straddling bitter and ethnic divides, the team appeared as heroes, as beacons of hope. I can only imagine that at least for that moment, or however long the high of triumph lasts, everything seemed alright. That’s why I love soccer. Or fútbol. Or the beautiful game. Whatever you want to call it. Either way, it has often been cited as a metaphor for nations and for culture; it brings together athletes and fans from around the globe and its significance can never be underestimated. They unite in a stadium, in a bar, in dialogue, in celebration and in defeat. This Thursday is the culmination of the sport, The World Cup. And I’ve been counting the days. I don’t even have a particular team that I root for. I just watch it for all the reasons I mentioned above (and more).

I kicked off – no pun intended – World Cup week by checking out Fútbol: The Beautiful Game at LACMA. I basically rushed to see this exhibit, dragged my best friend, and now I’m here sharing a mild obsession. I loved it. It captured the essence of the sport. From its fans to its political phenomena; from its implications on the athlete to the impact of the World Cup. Case in point: the opening installation seen below – a replica of a stadium, populated with cultural, religious, and heroic figurines like the Incredible Hulk, Jesus Christ, and the Lucky Cat. So much can be interpreted with those three examples alone. 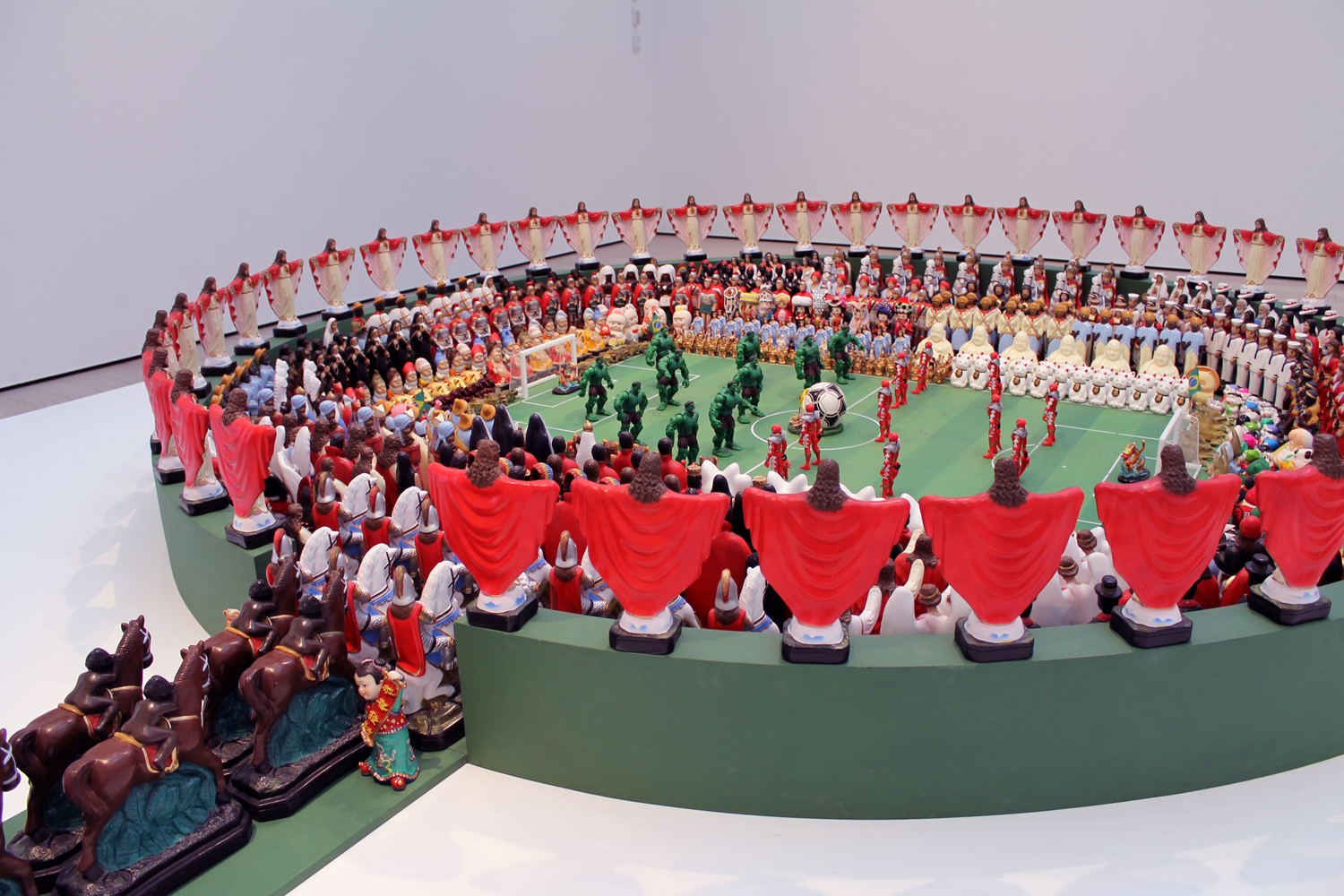 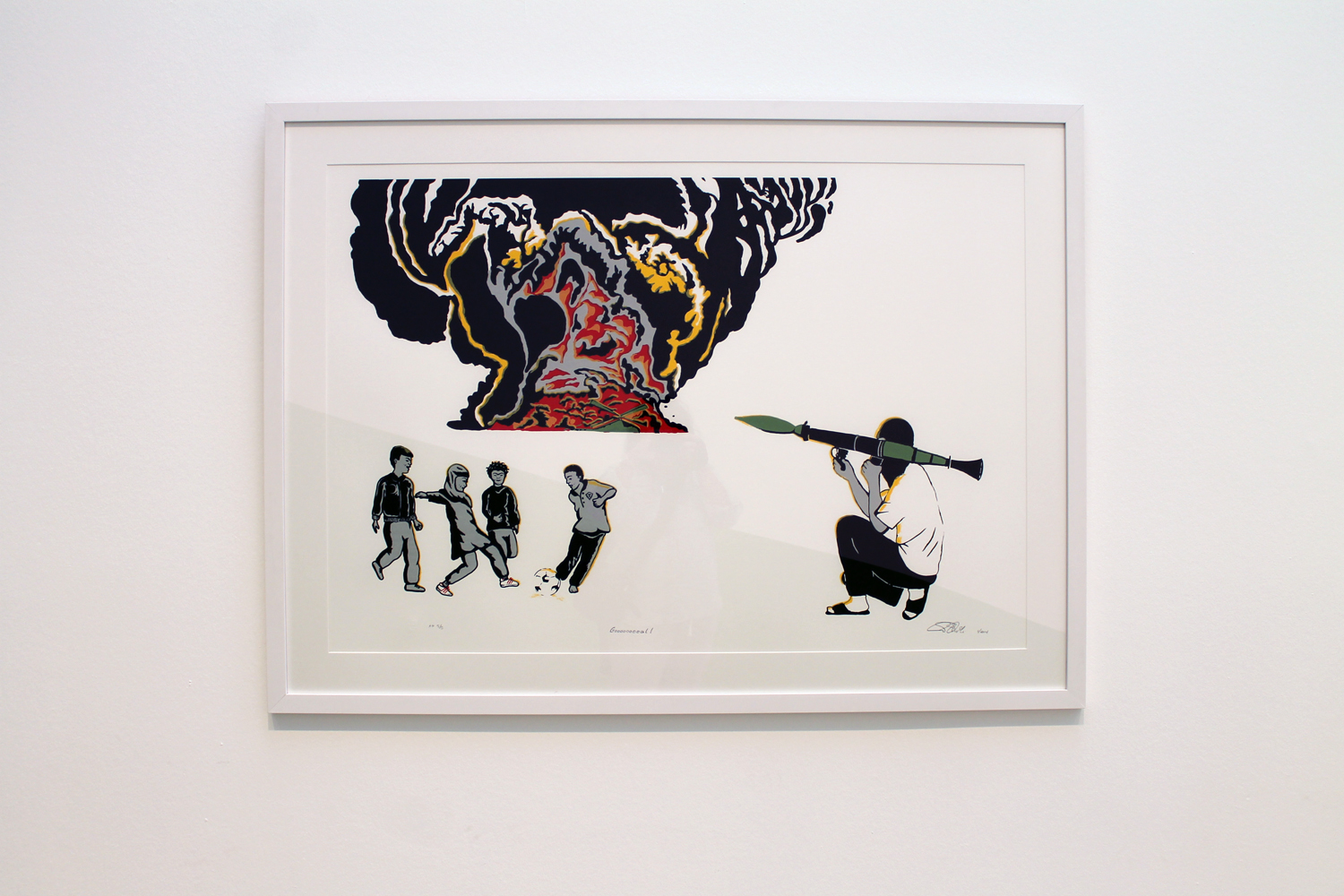 This one was Shelly’s favorite and it nearly brought her to tears. I always tell her how much I love the game and how it’s a spot on example of camaraderie and sportsmanship. This proved me right; an audio/visual installation, underneath a flag, that represented the fans (particularly those sitting right behind the goal). You hear the roars, you see the emotion, and you can’t help but get the chills. 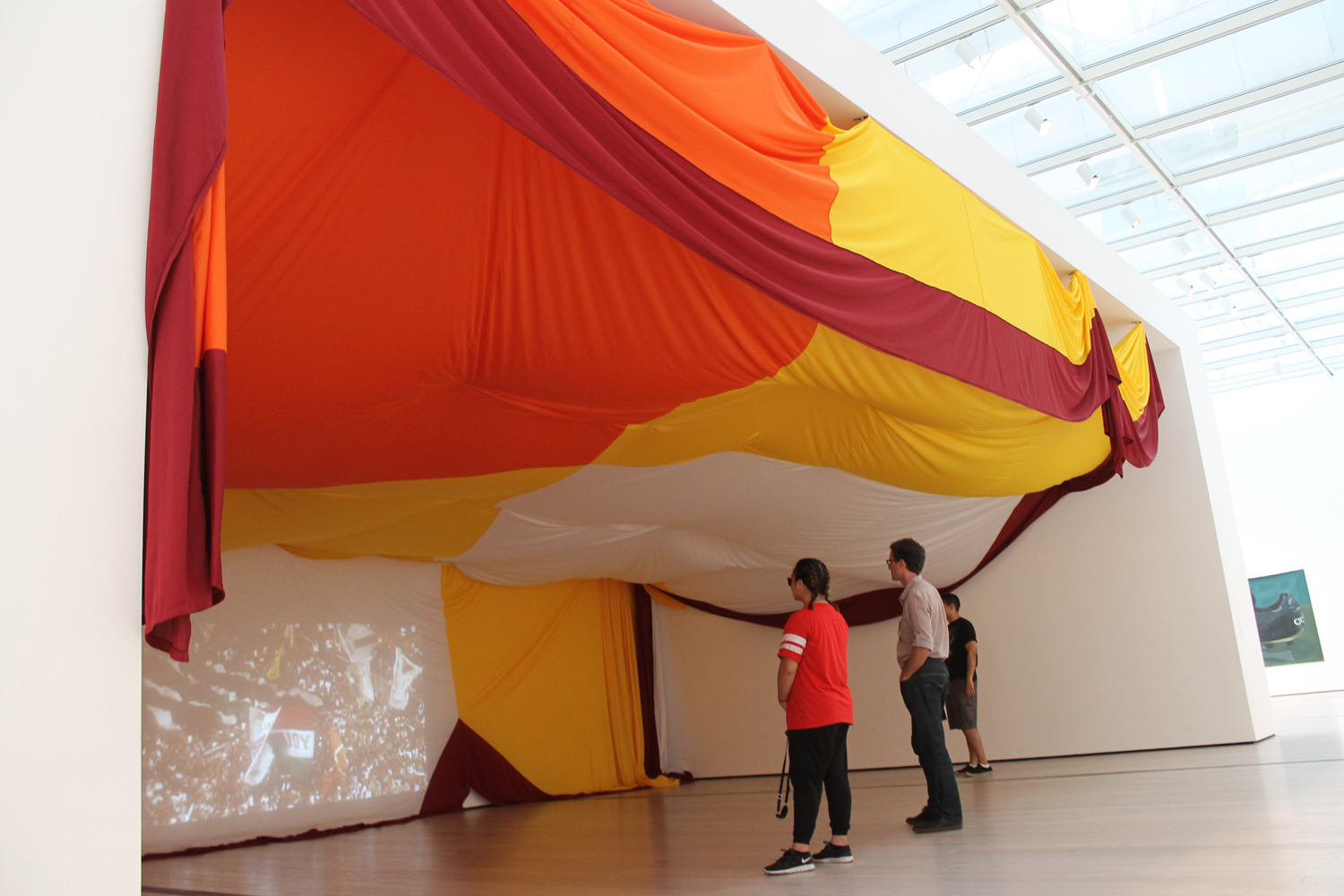 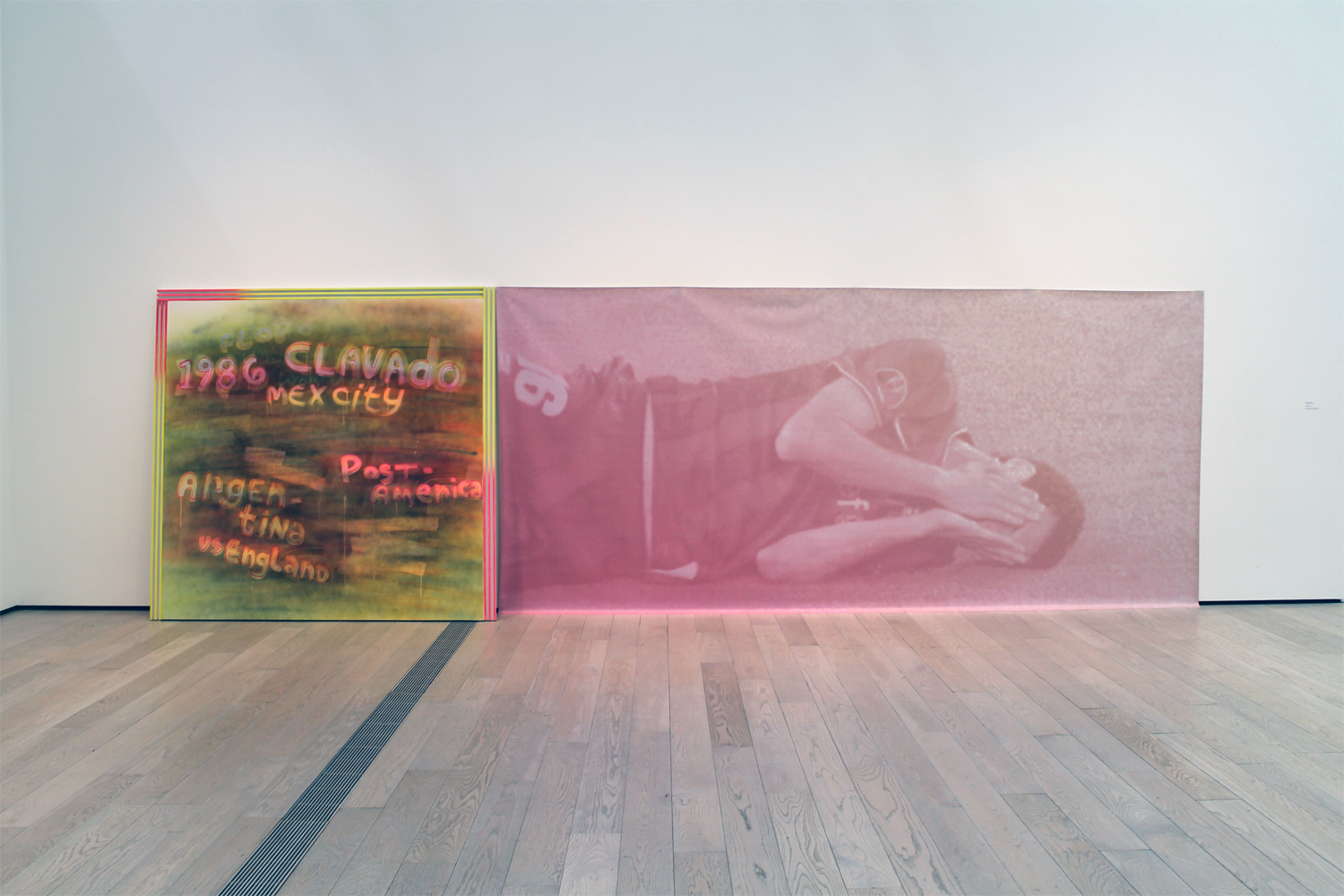 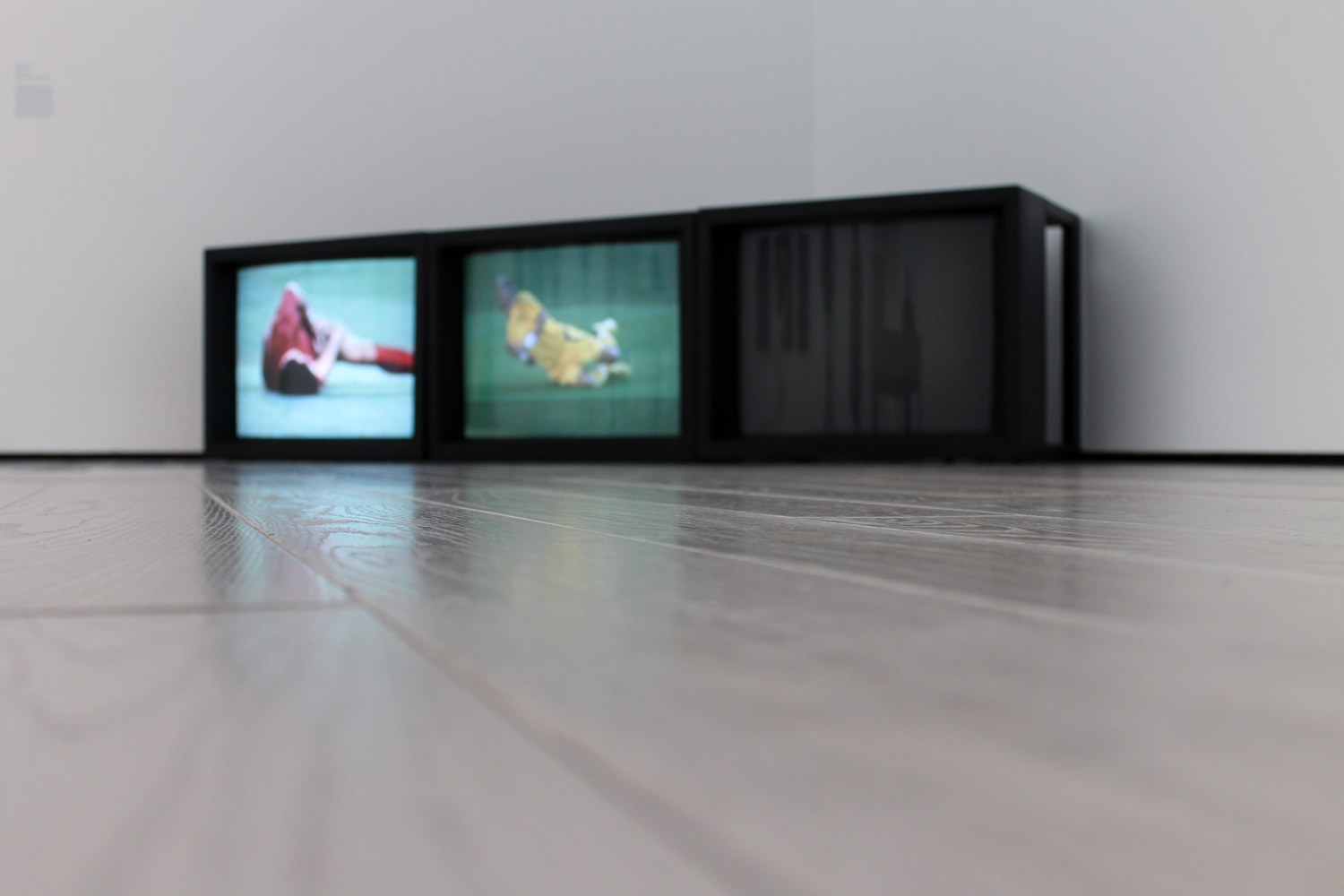 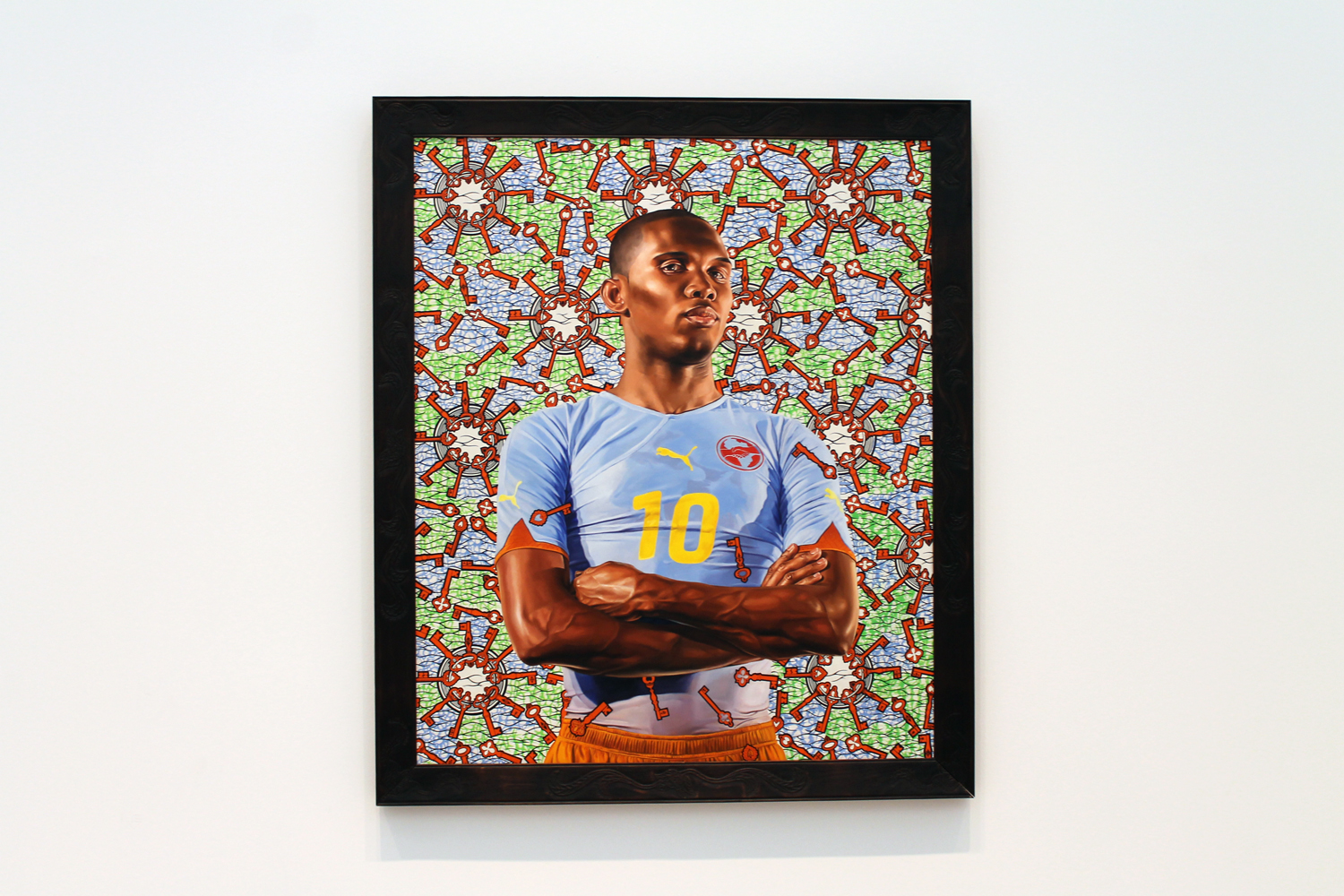 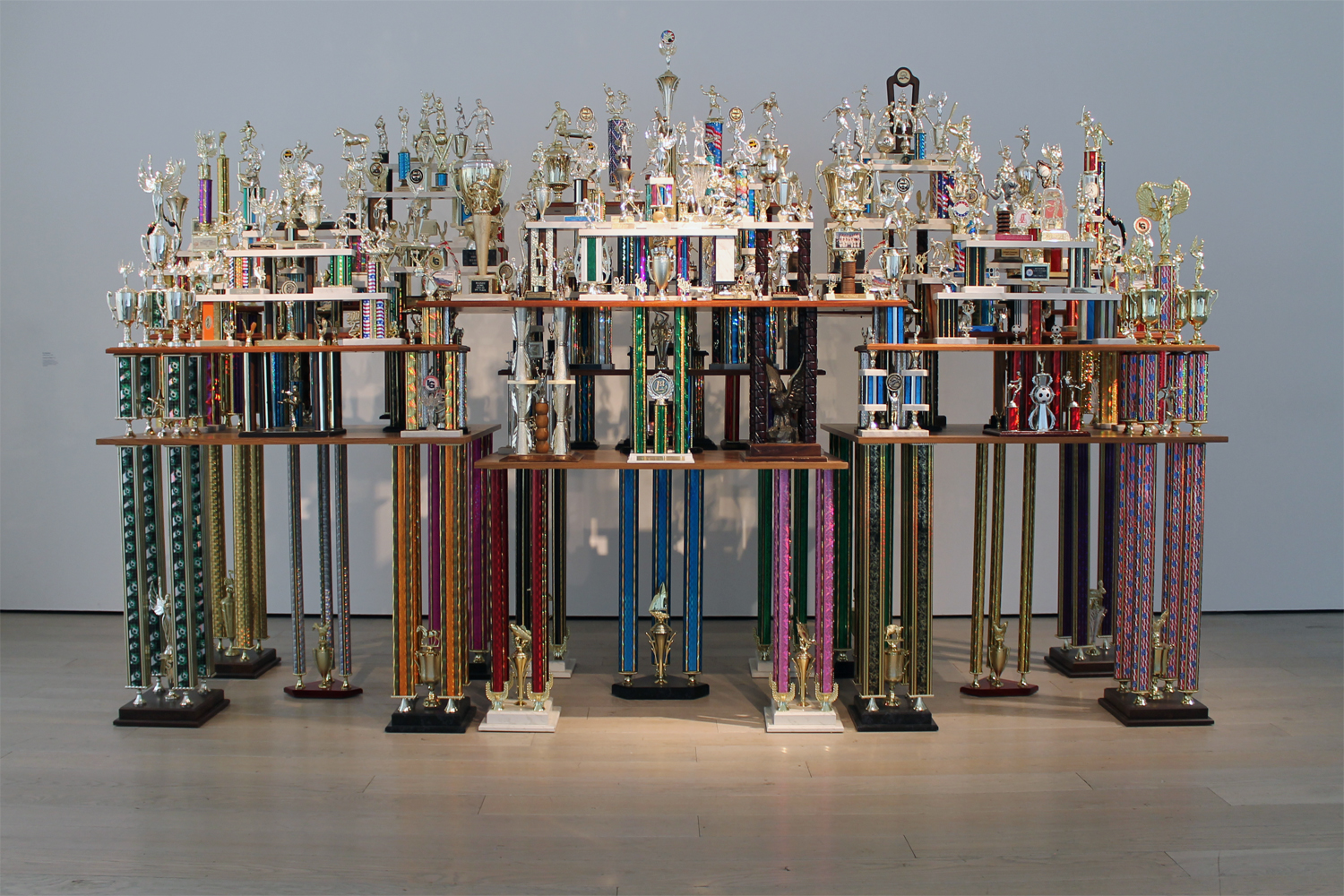