As much as I love basketball, especially when the Lakers are in a “re-building” phase, there is just something about football season that keeps me anxious and excited for the next season. I’ve even been following all the trades, free agency, and combine patiently waiting for the draft. In last year’s draft the Browns selected, Johnny Manziel, with their 22nd pick in the first round – he’s been somewhat of a disappointment, but anything can happen in the new season. 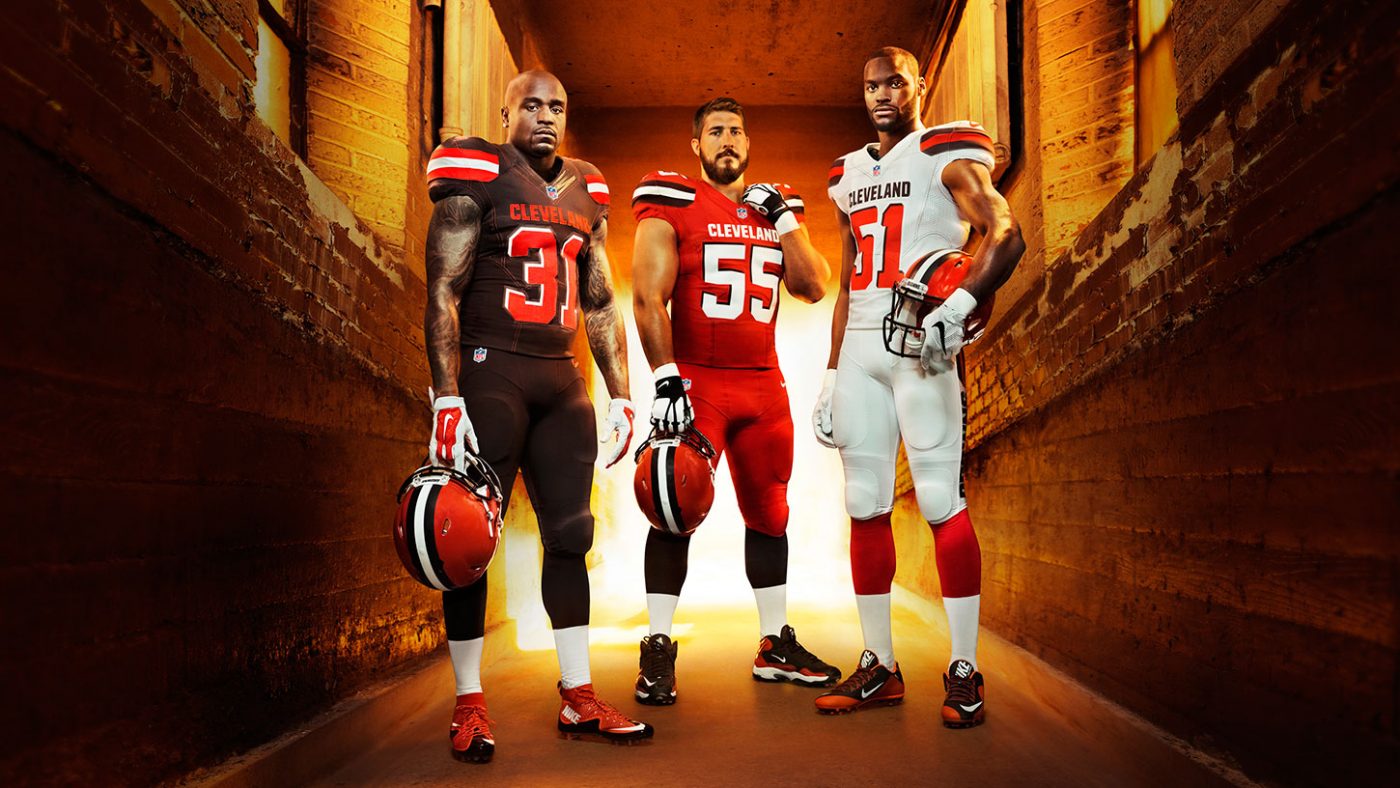 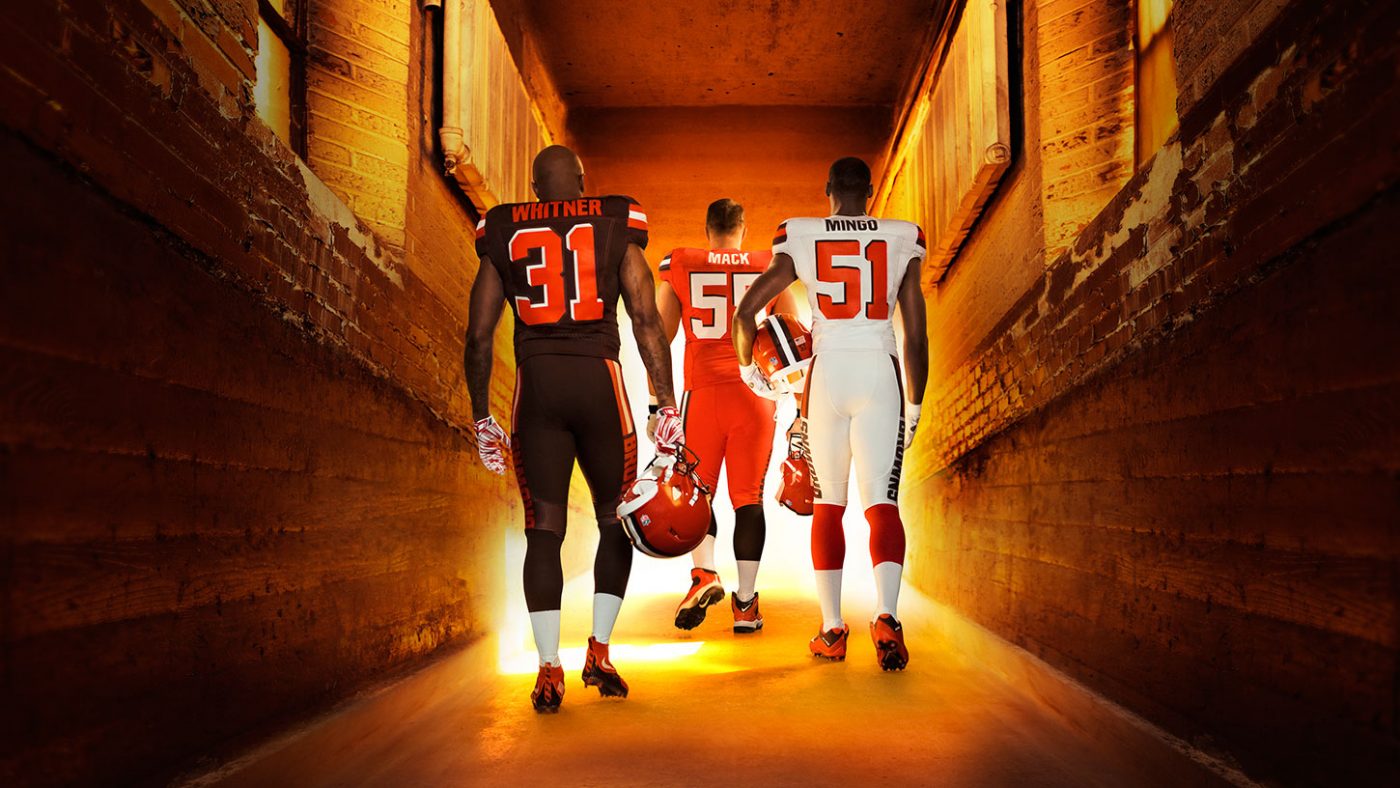 Cleveland embodies the spirit of American football and since 1946, the iconic Browns organization has drawn its strength from its hometown’s hardworking ethos. In honor of the hardworking city the uniform has always been a simple, workwear look with a color palette of brown and orange. 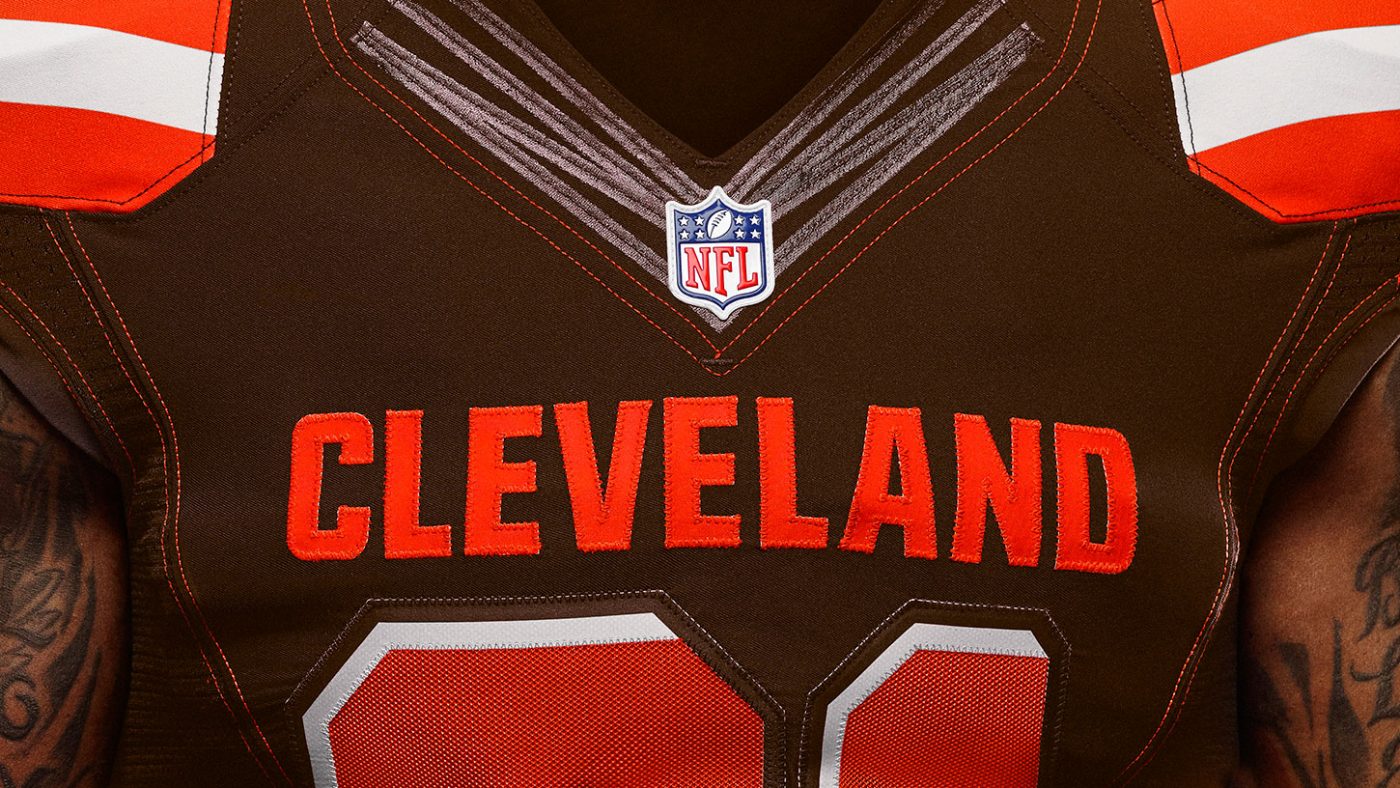 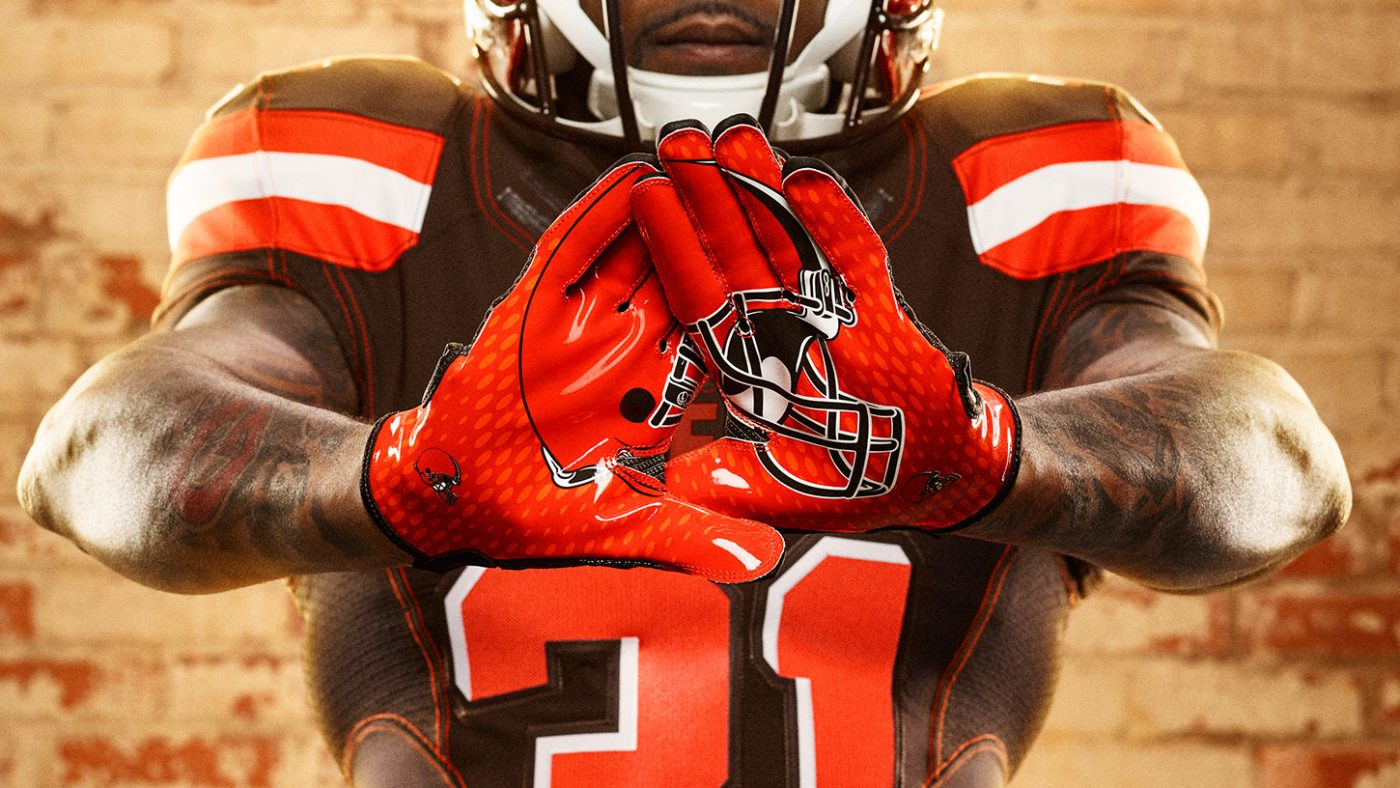 Inspired by the Dawg Pound, the team’s most enthusiastic fans, the NFL and Nike have released a new NFL Nike 51 uniform design for the team. The new design enhances the color, font and strip pattern and with nine different color combinations the Browns’ are set to make a statement on the field. 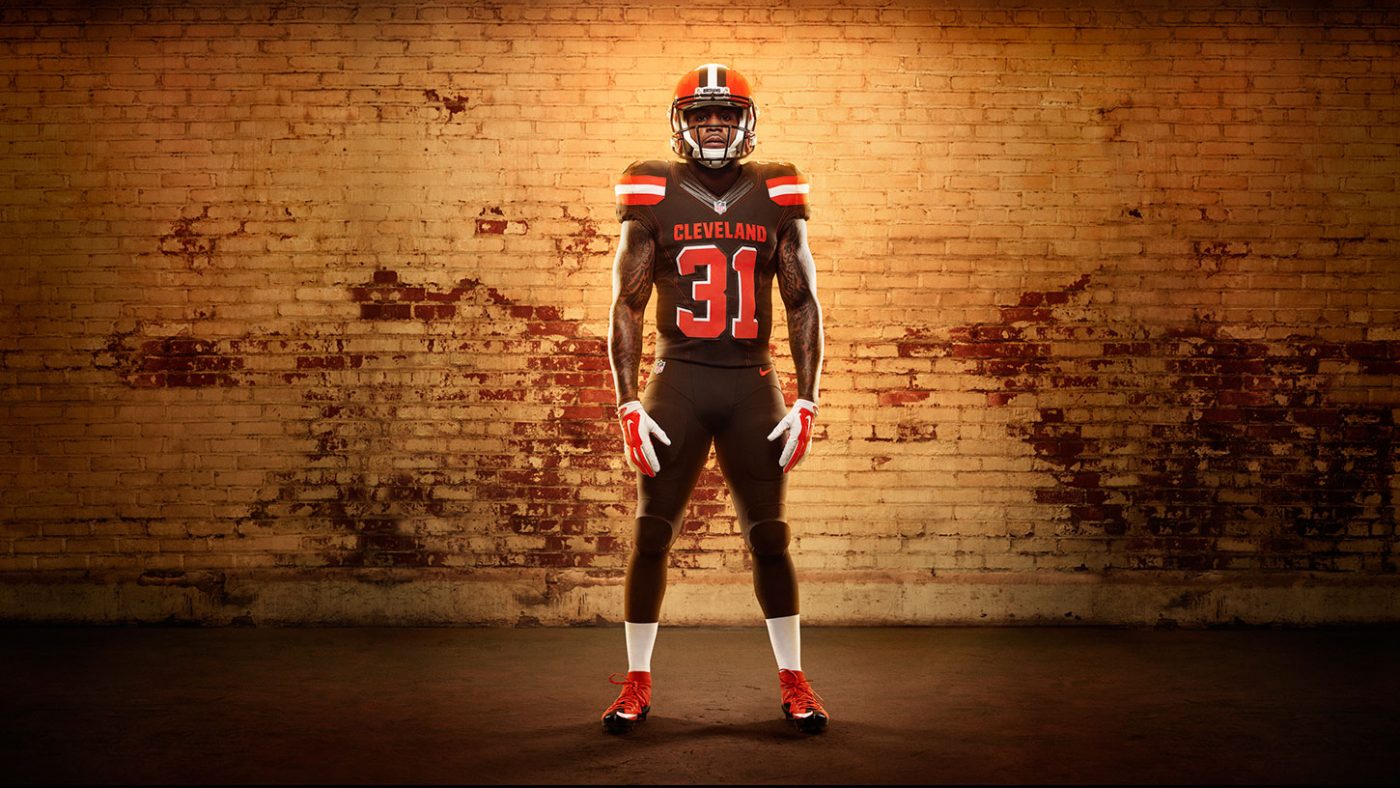 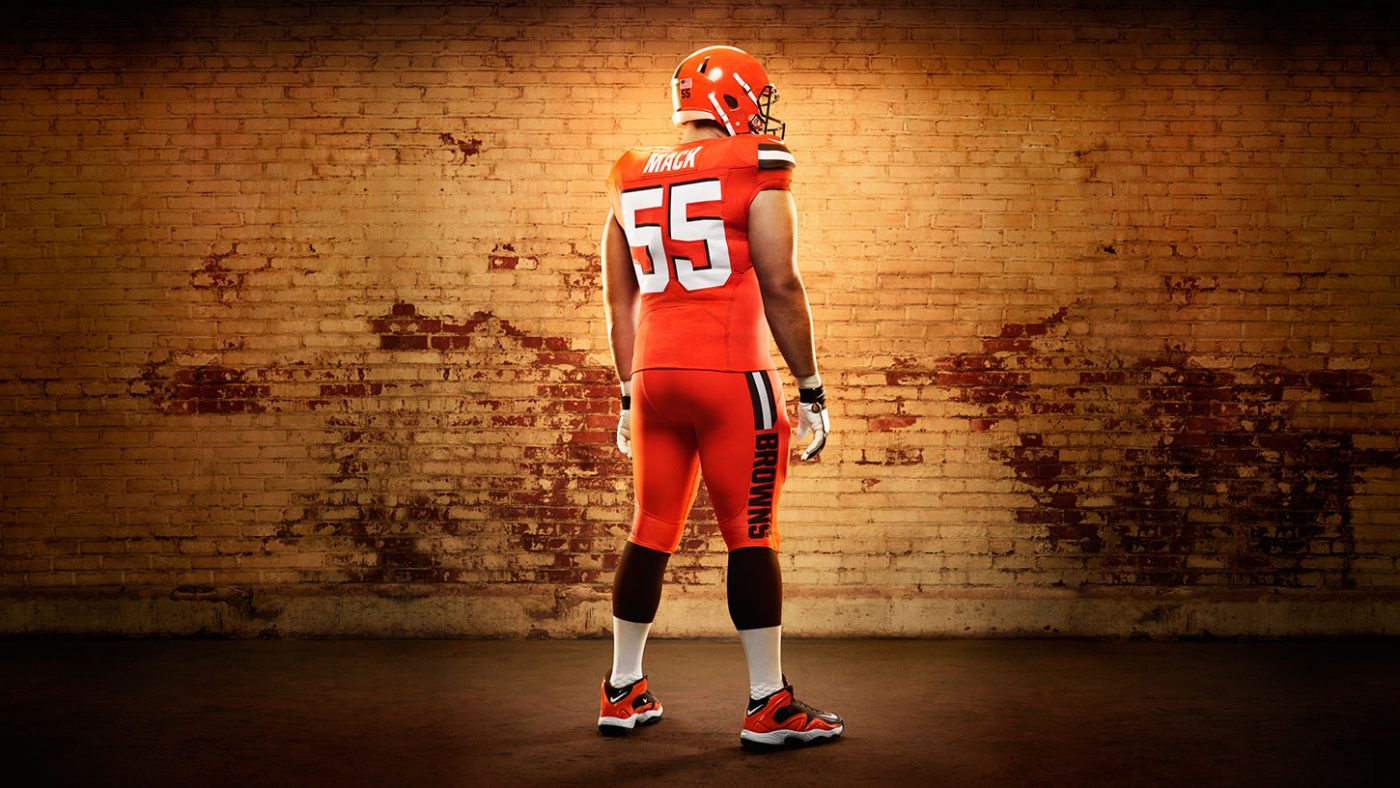 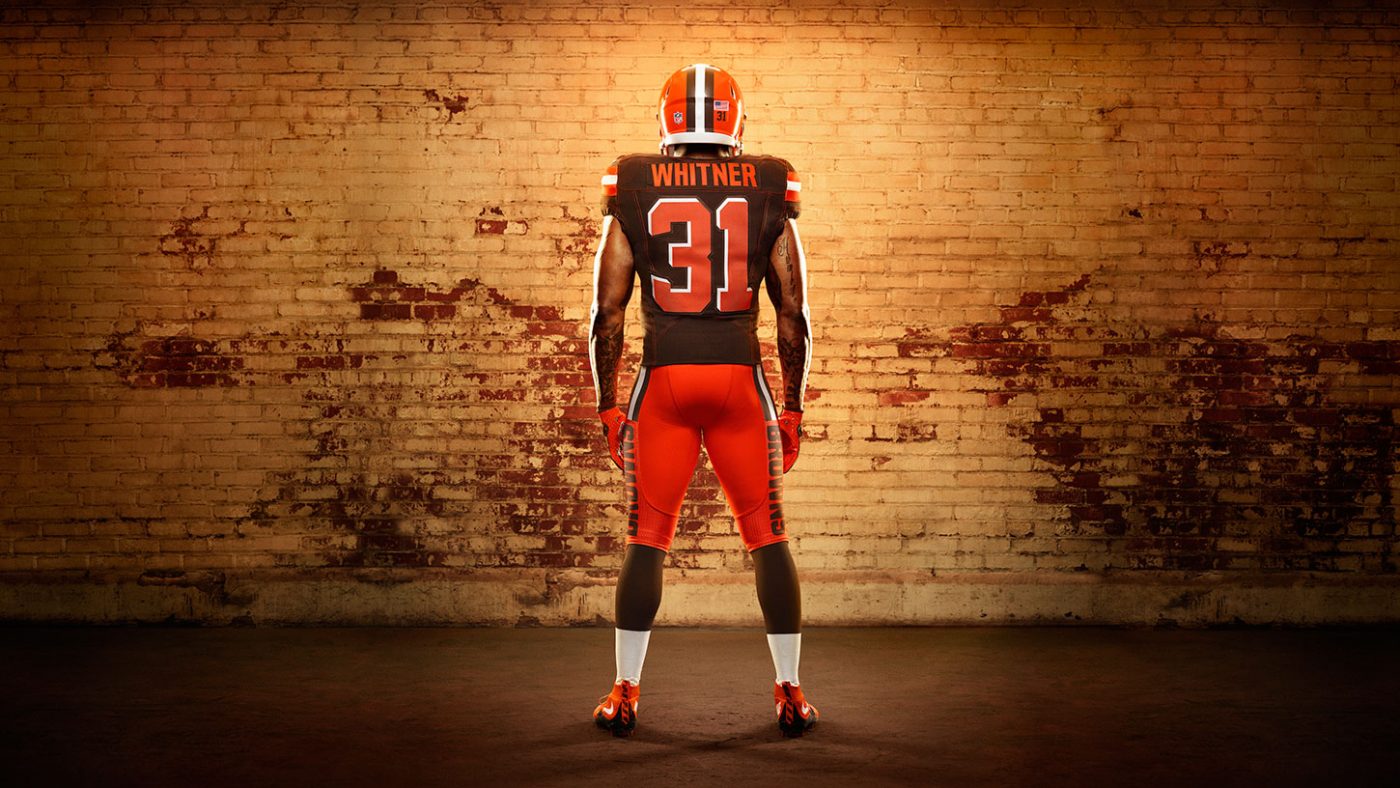 A few key details include the use of contrast stitching, Nike Chainmaille number application and oversized team branding.

My favorite touch is found on the back neckline with “DAWG POUND” embroidered. 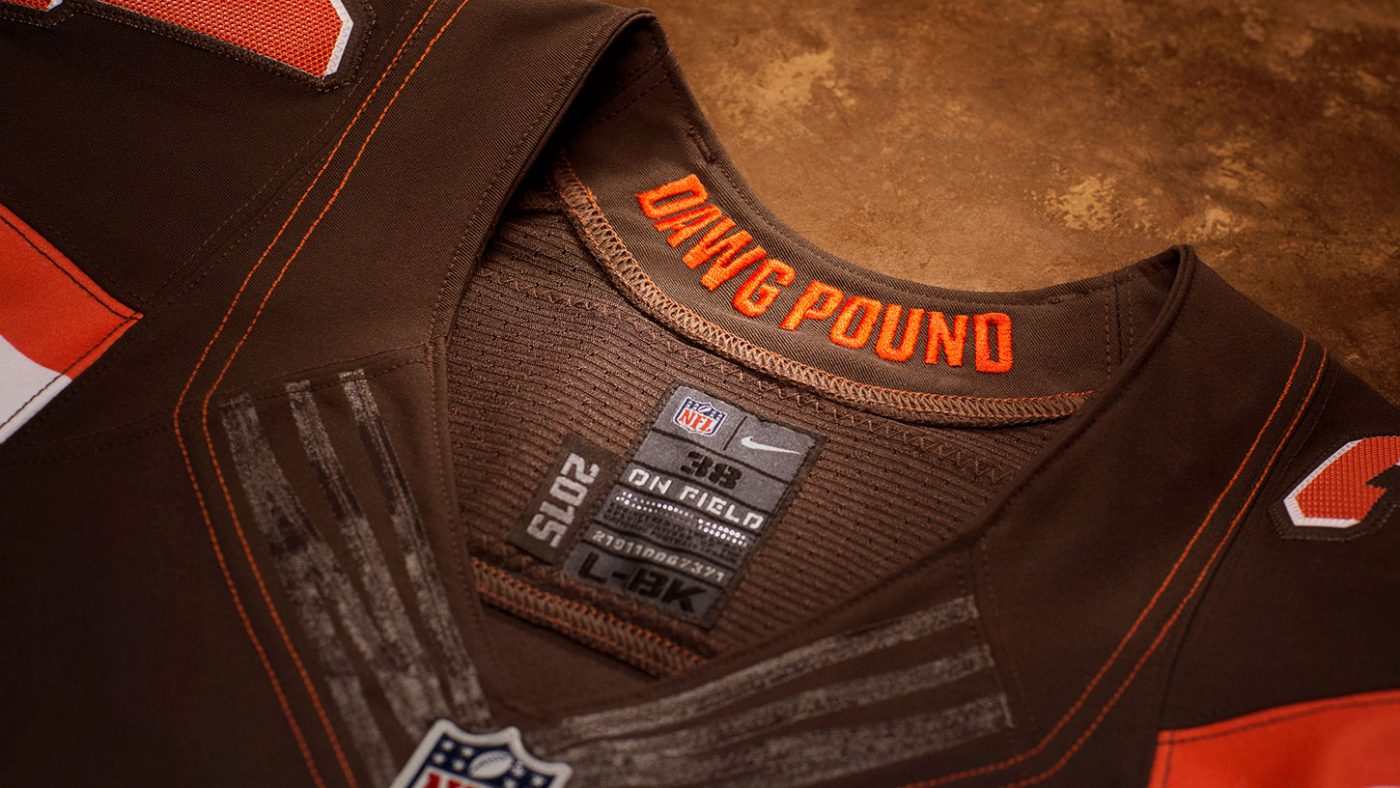