Here’s the story behind this 1995 Porsche 911 993C2. It was purchased back in December locally knowing exactly what its future was going to be. A street daily driven RWB 993.

But before I talk about this, let me give you the cliff notes version of who RWB is. RWB aka Rauh Welt Begriff is also known to many as Rough World. The legendary drift crew started by Akira Nakai (Nakai, for short). Nakai has started many trends that are popular in todays tuning world but that alone is a post on its own so if you want to read more about him, click on Antonio’s 2008 write up of Nakai back when he was writing for Speedhunters. There’s 2 actually you should read about, the AE86 Rough World article and the Legend of Nakai. 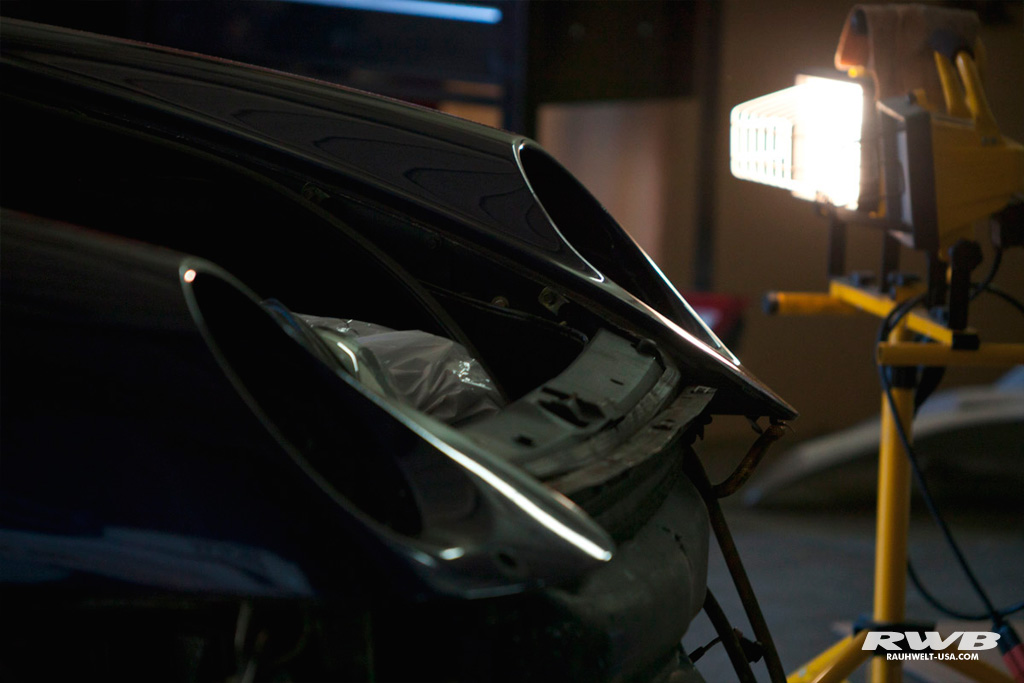 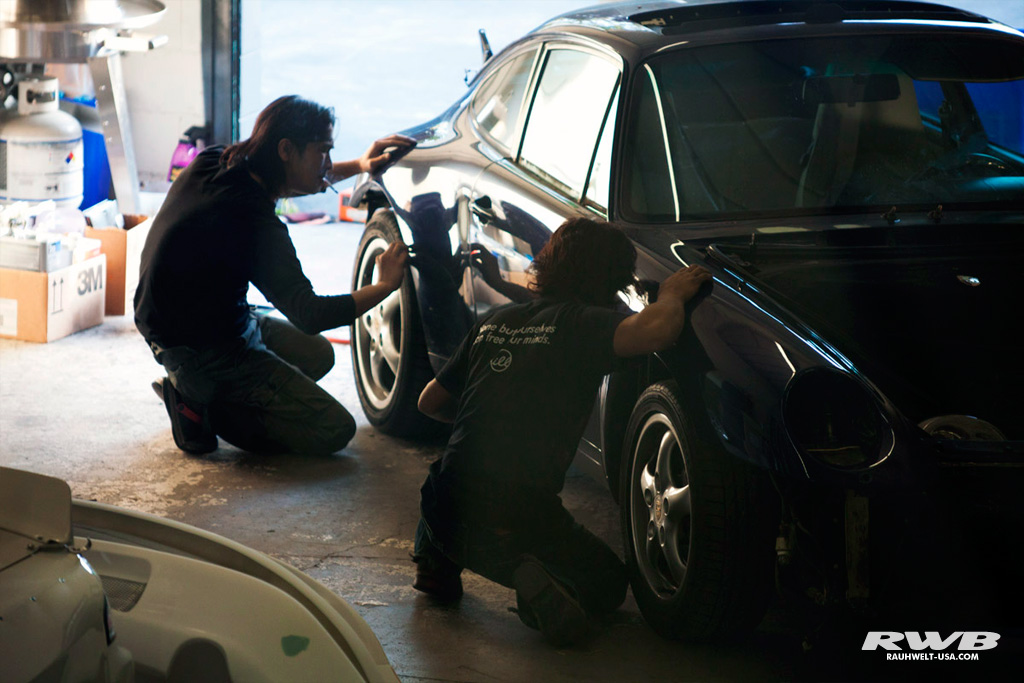 Ok back to the story… Nakai and I have talked about making a 993 together since Pandora One was built. If you missed this months SuperStreet, there’s a write up as well as a cover of the car on news stands now. We both thought it would be something we could collaborate on. A car we could take to local shows, drift at events, and just drive around daily and spread the RWB word around the US. 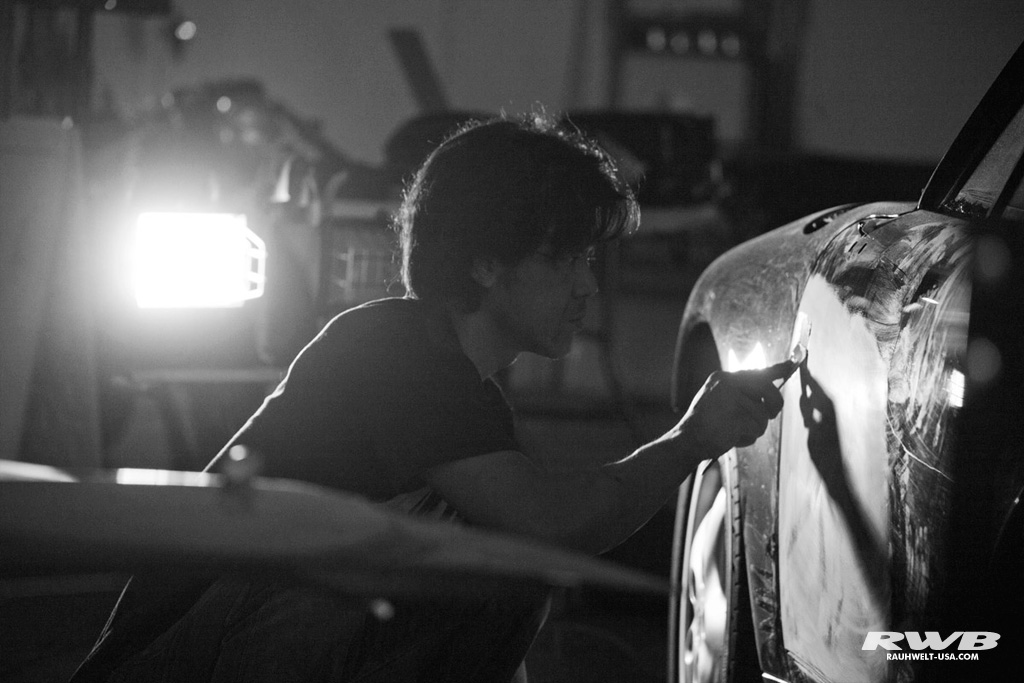 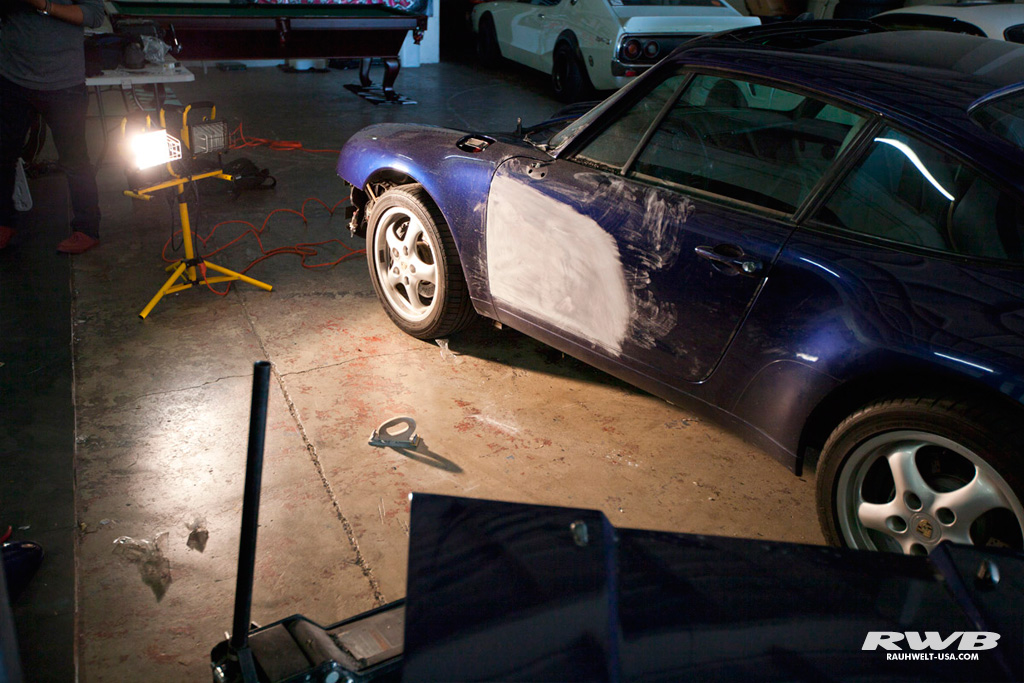 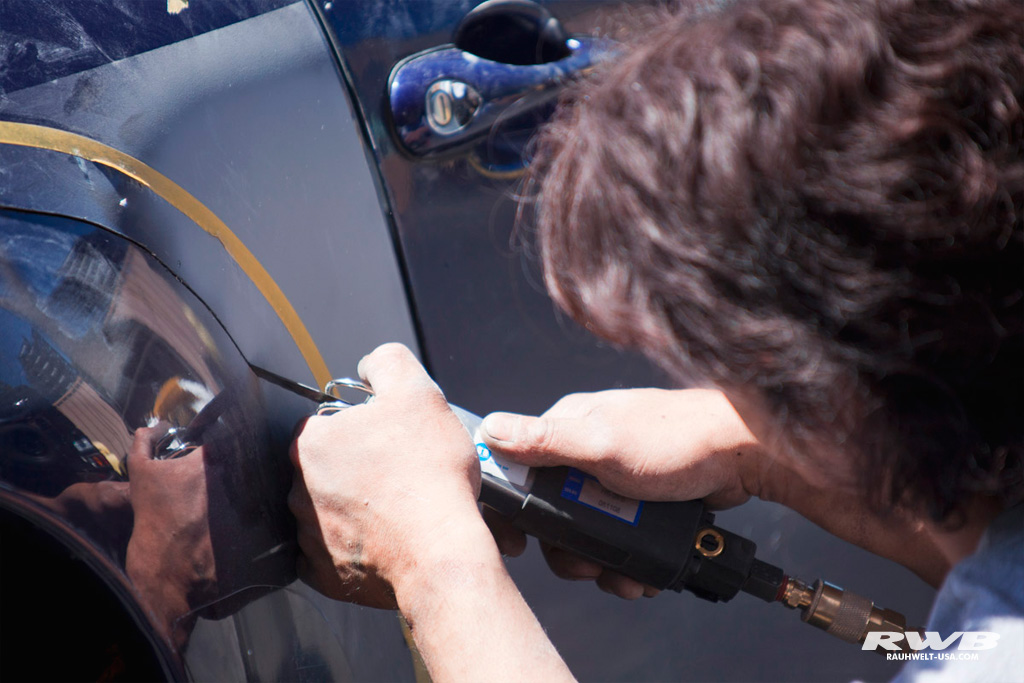 (Nakai cutting the fender. This sometimes happens after the paint.)

So in December, after scouring the interwebs for a good donor car, I found this 1995 C2 993. It took a while but the timing was good. I’ve always loved the lines of the 993 and after seeing Evans 993 built last year I ultimately knew it was only a matter of time before we started on this project. I contacted the guys over at KW Automotive and Toyo Tires and both were down. Talked to Nakai about painting the car in house with Nojima and he said, cover his flight and he’s down! So after 2 weeks, we present to you the RWB 993 Demo car named after Nakai’s favorite Russian bar, ЧАЙХОНА. 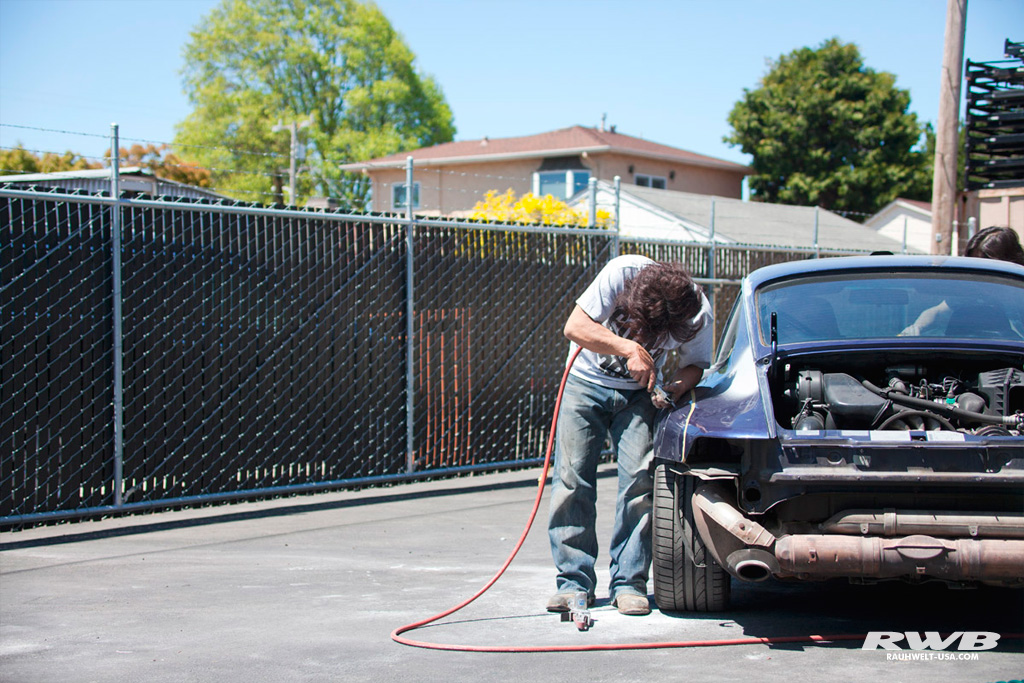 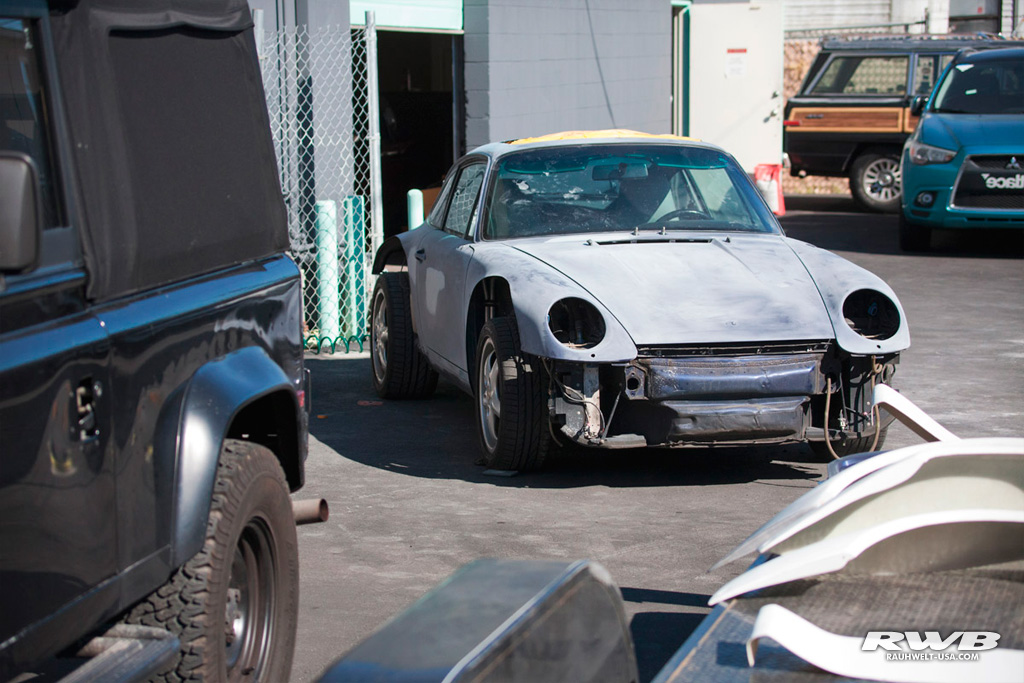 (Trimmed and ready for spraying) 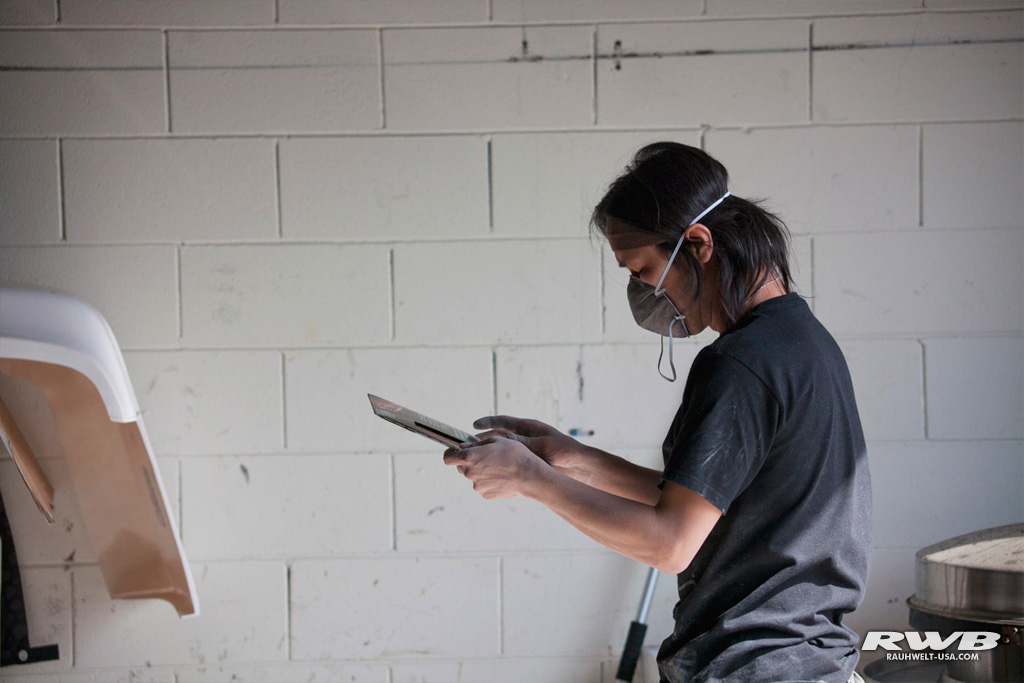 Remember this is a street version. What you wont see on the street version RWB cars are roll cages, racing seats or even high horse power. Nakai, however, specifically mentioned bringing in a 2 way lsd and an exhaust the next time he visits so expect a few more things to be added and be tested as I remember him saying he drifts his 993 around Chiba quite a bit. It will still have Porsche power but its tame compared to a Pandora One or and other race prepped Porsche for that matter. 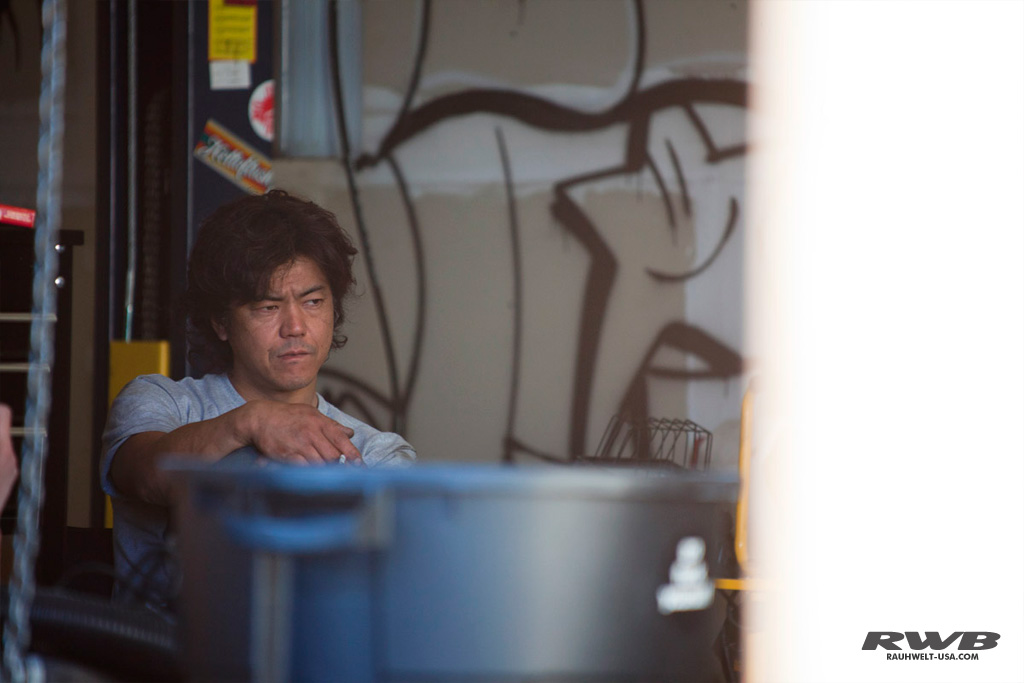 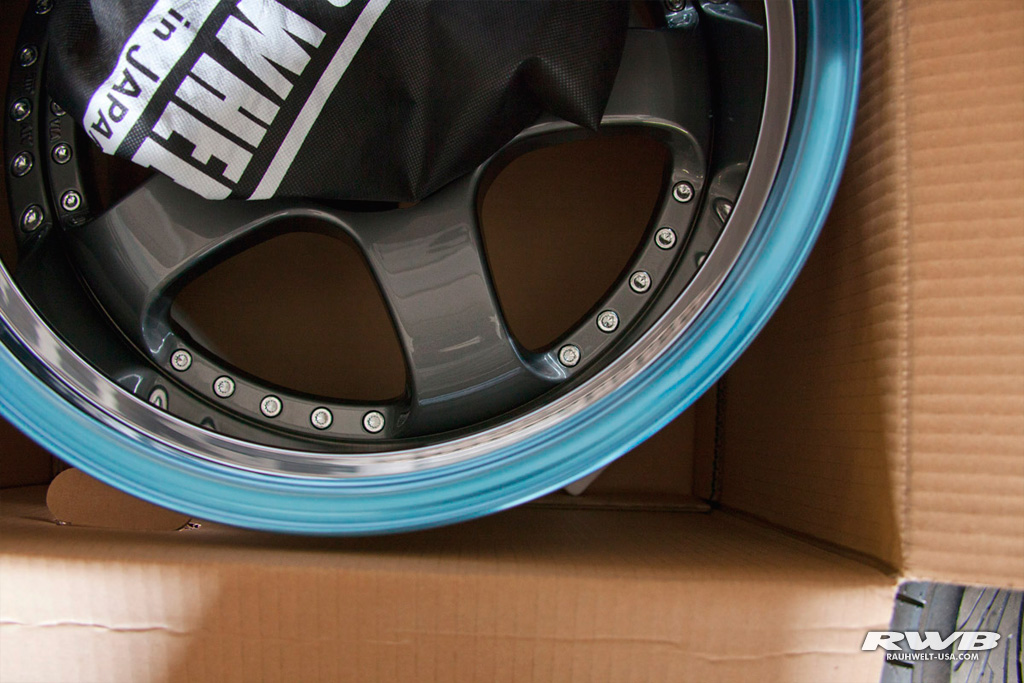 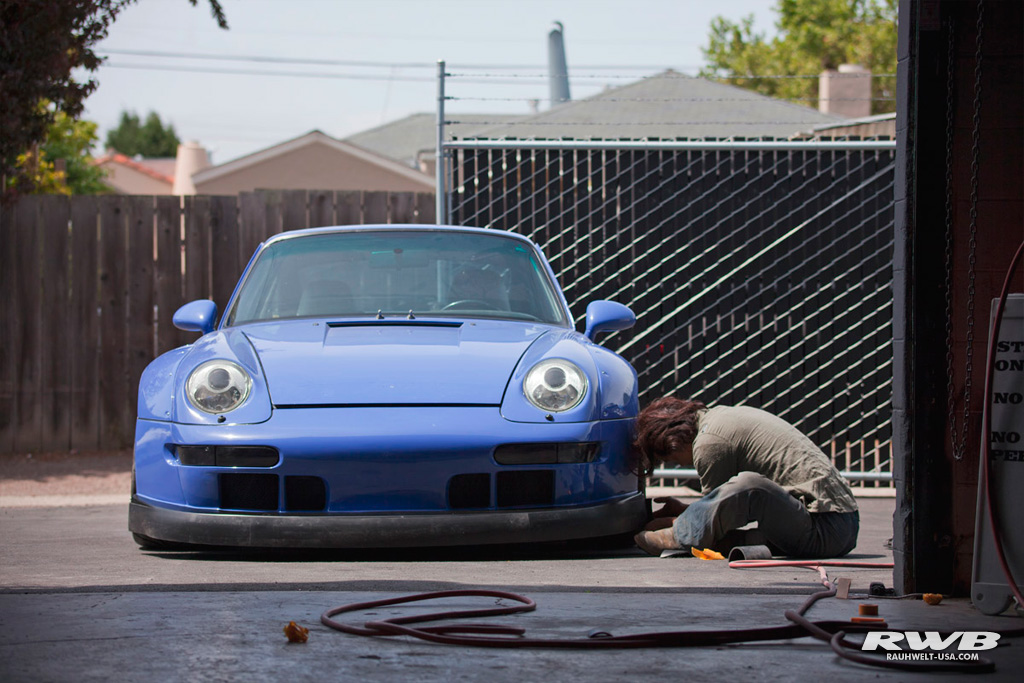 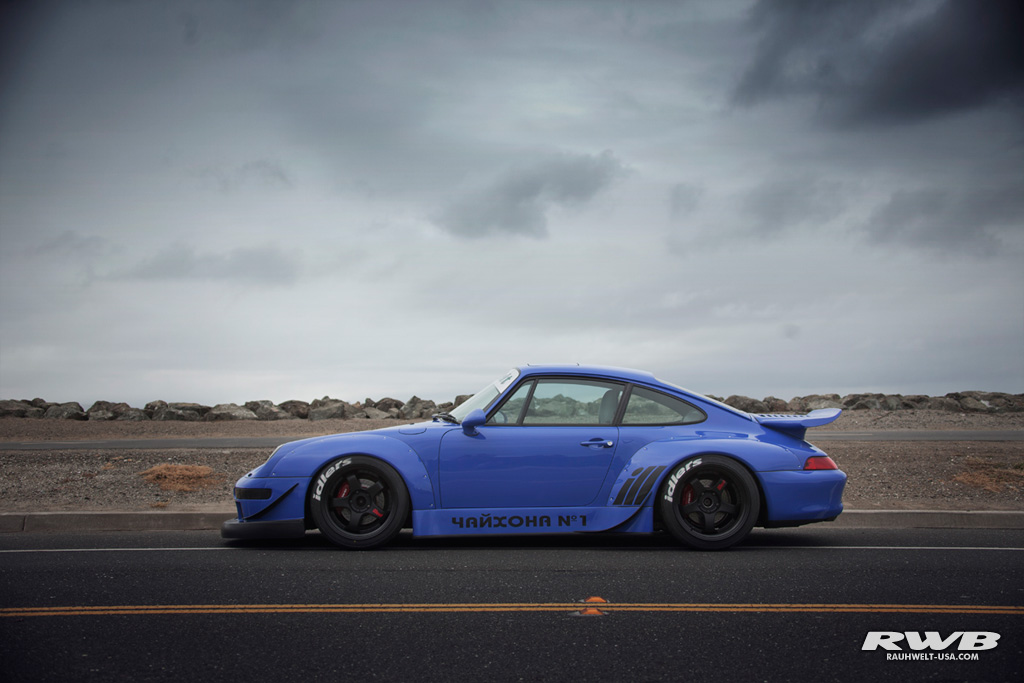 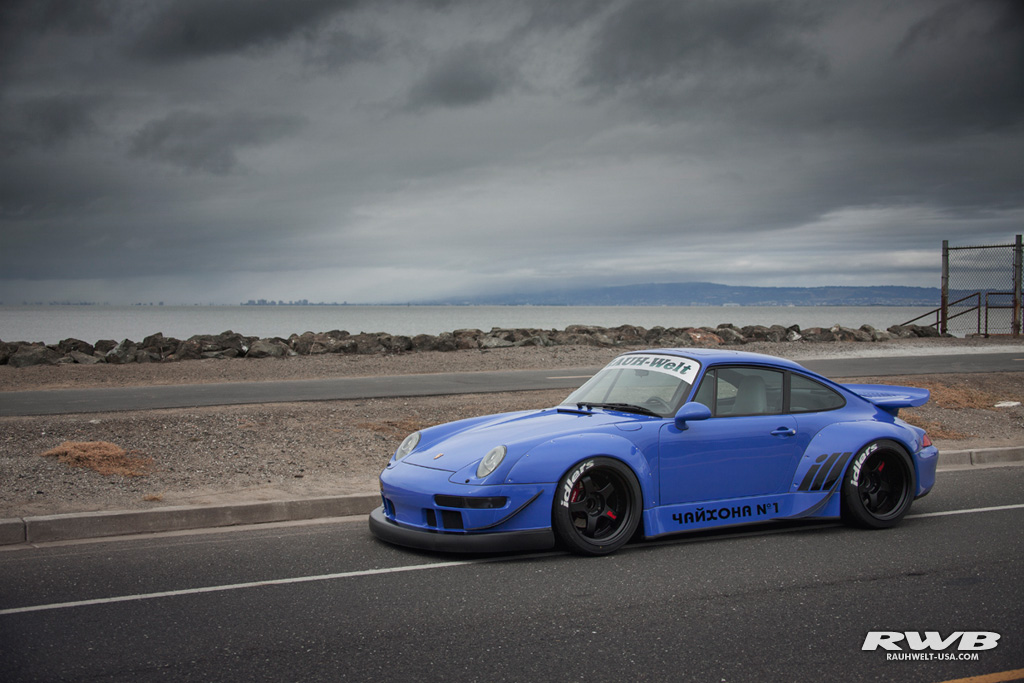 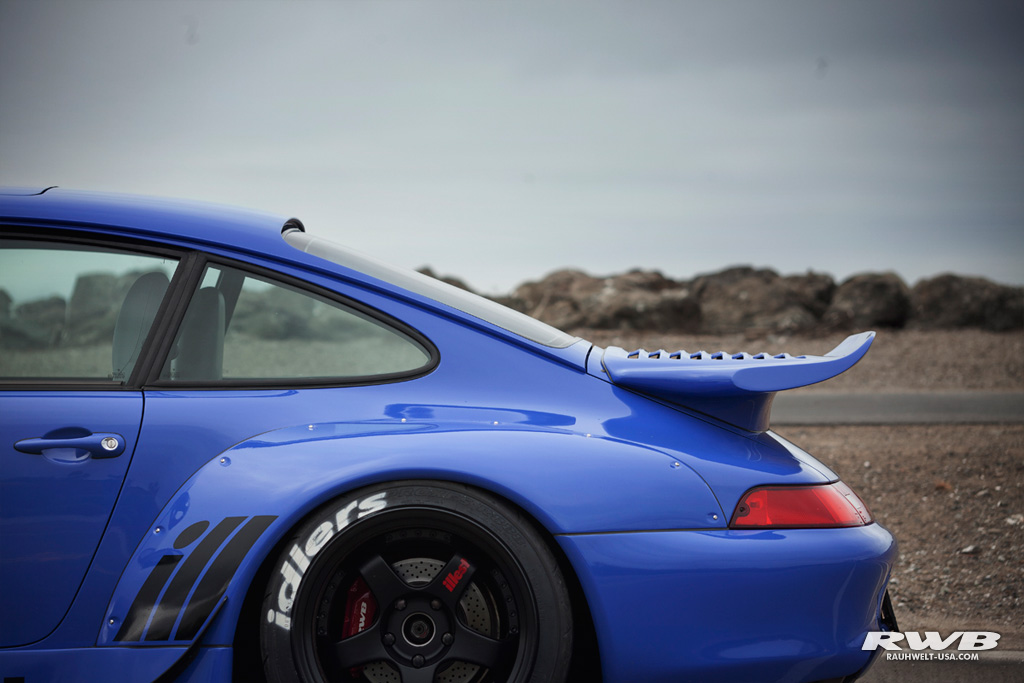 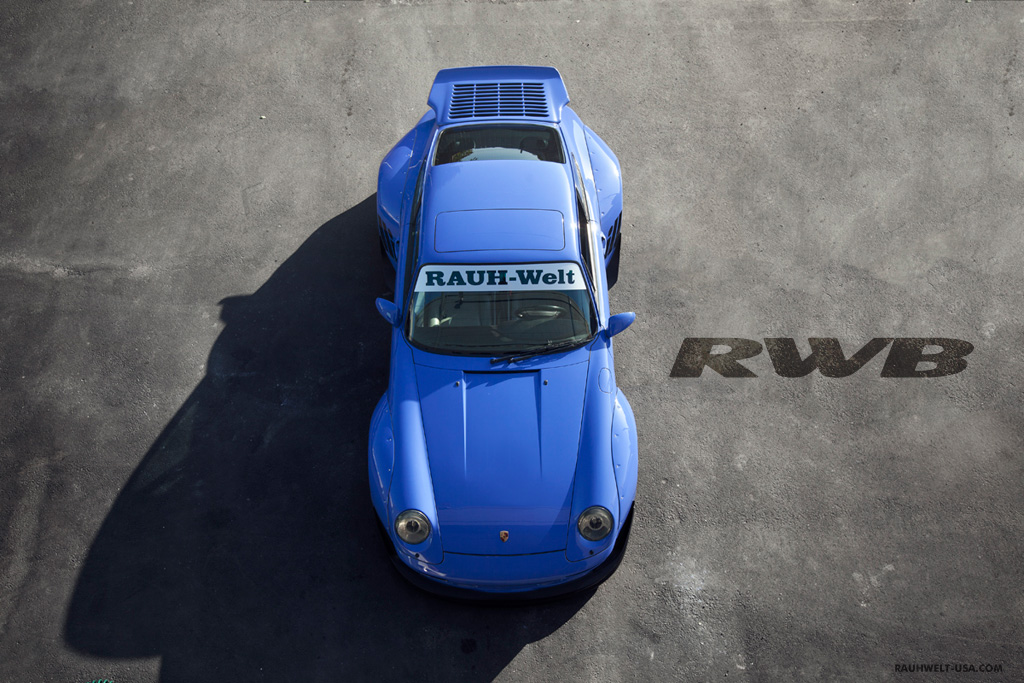