Thudrumble recently had a gallery opening with Apex, Bam, and Crayone curated by Nate 1. Its great to see friends from the past still doing their thing. I believe I talked about being consistent in the past and here’s to the guys that never gave up their art. 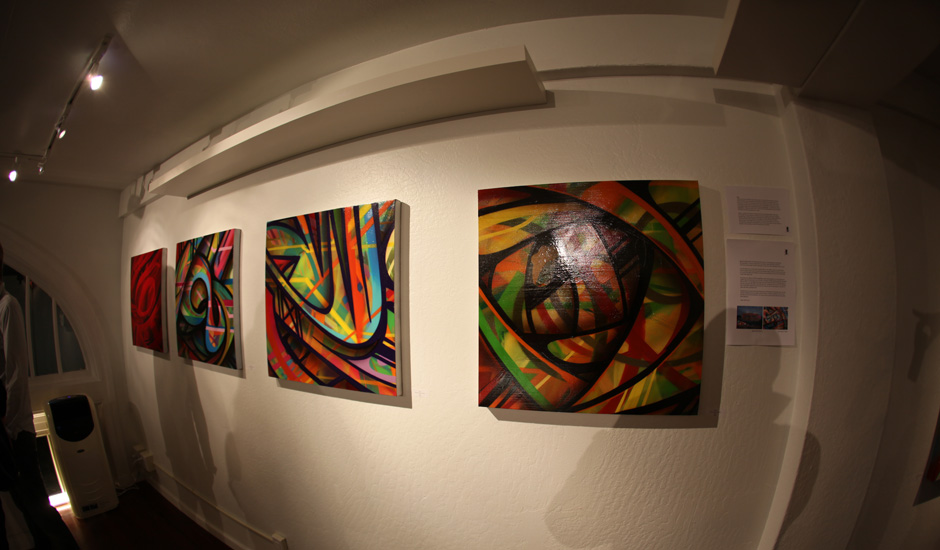 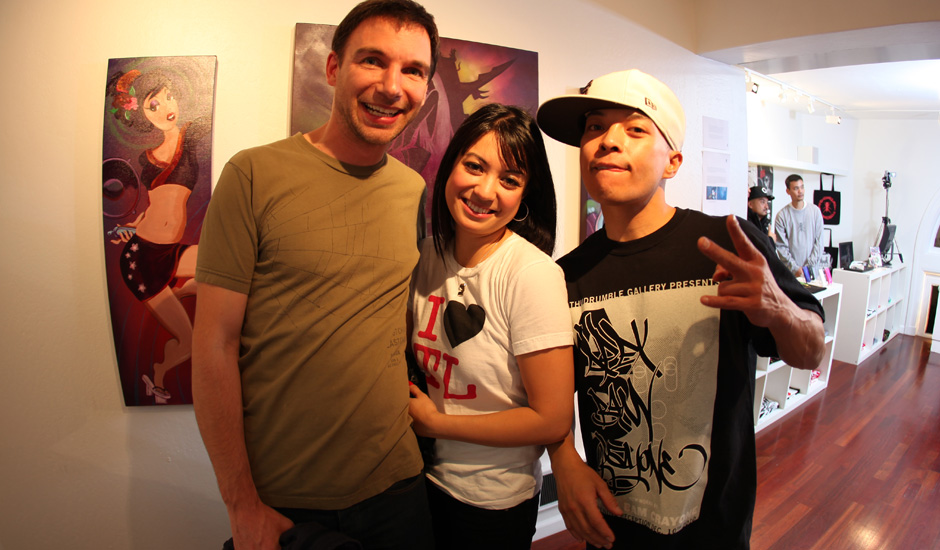 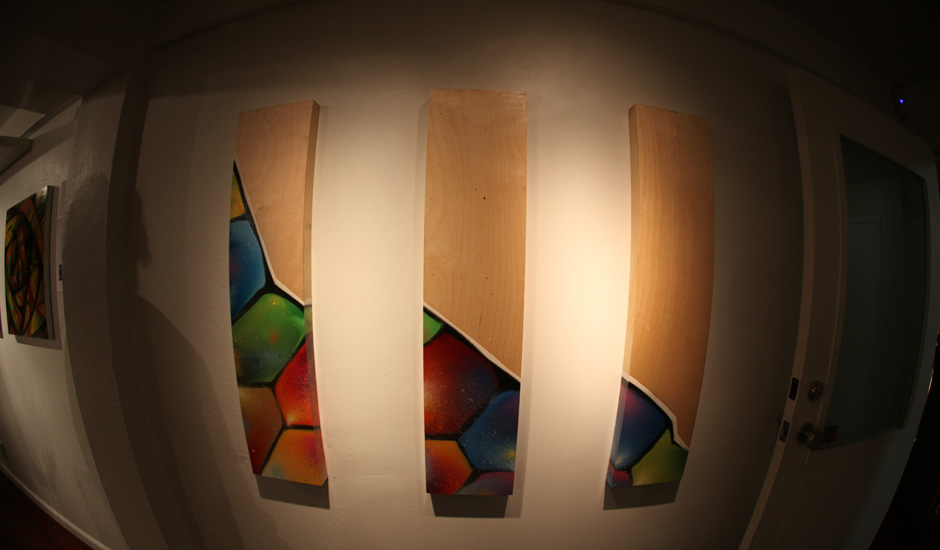 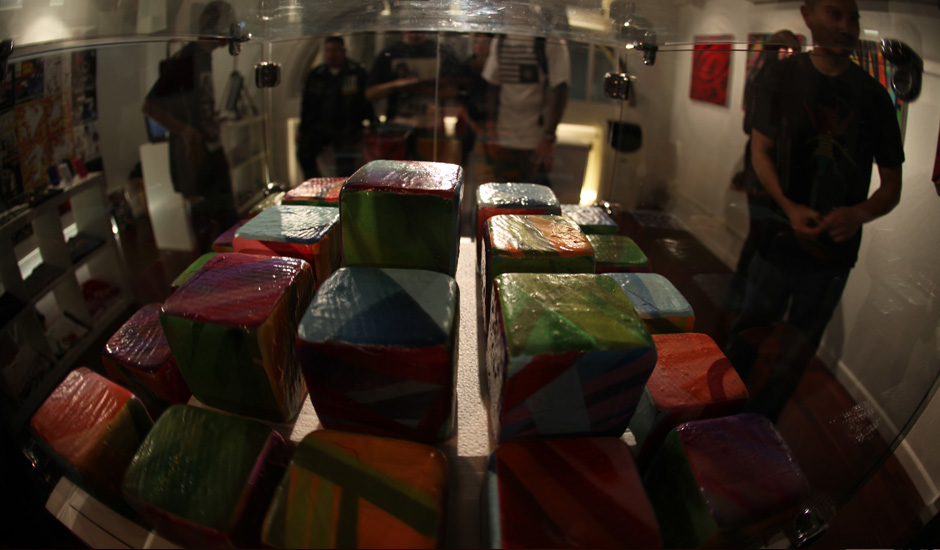 Dont ever know which camera to look at. 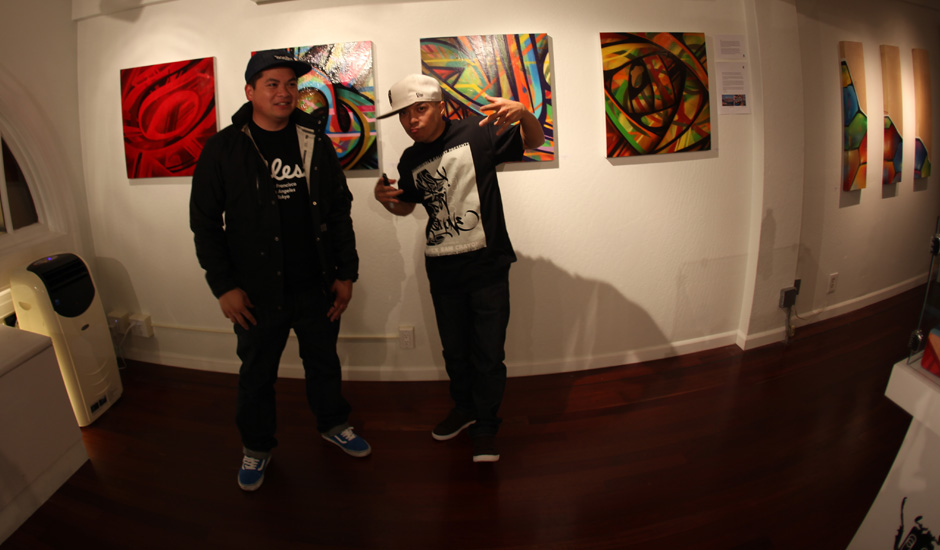 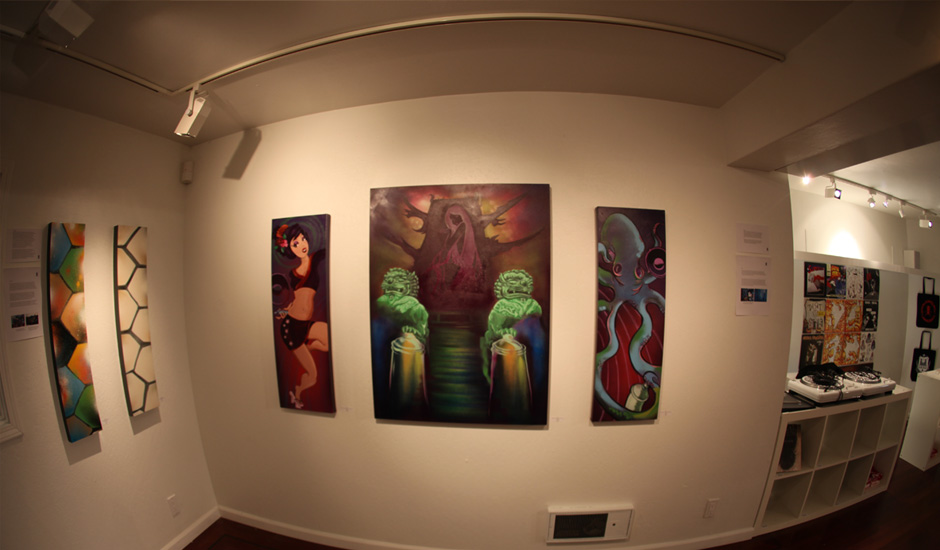 With Bam and talked about doing something in the future. 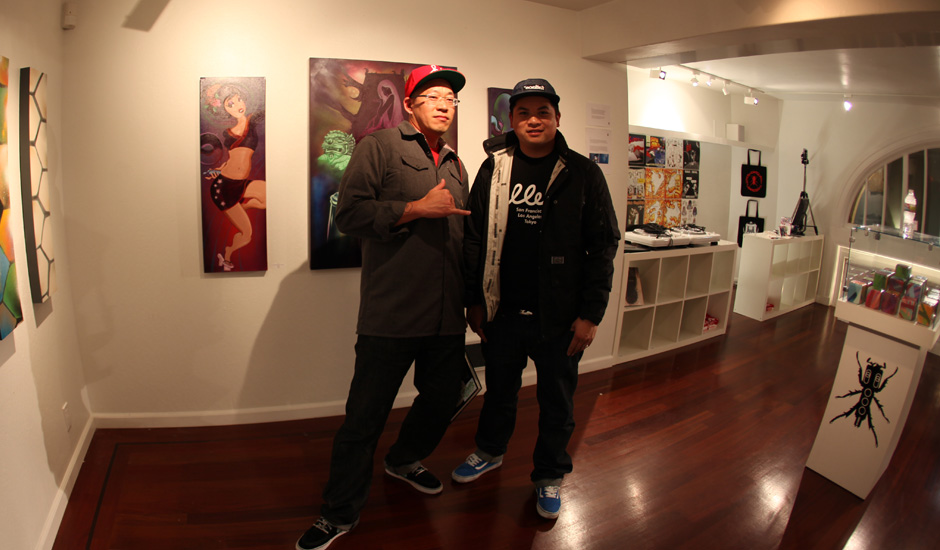 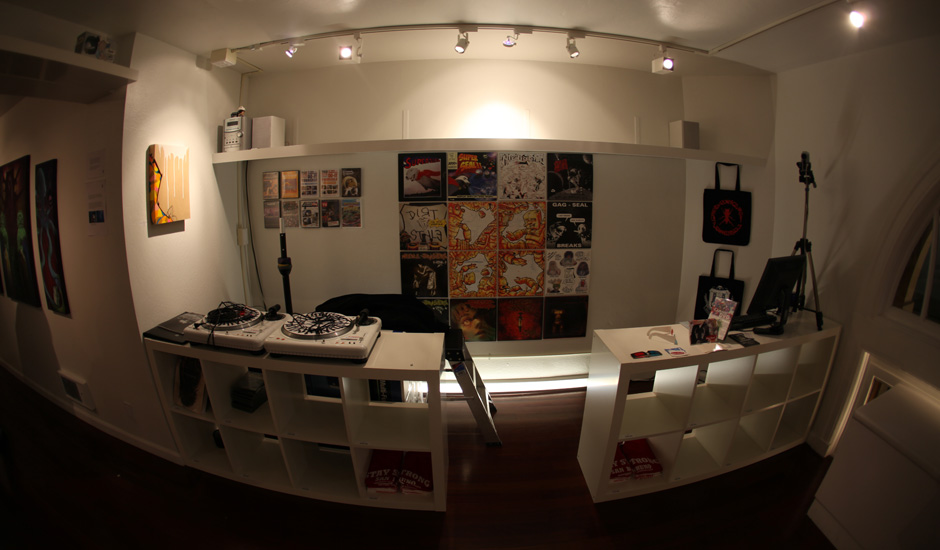 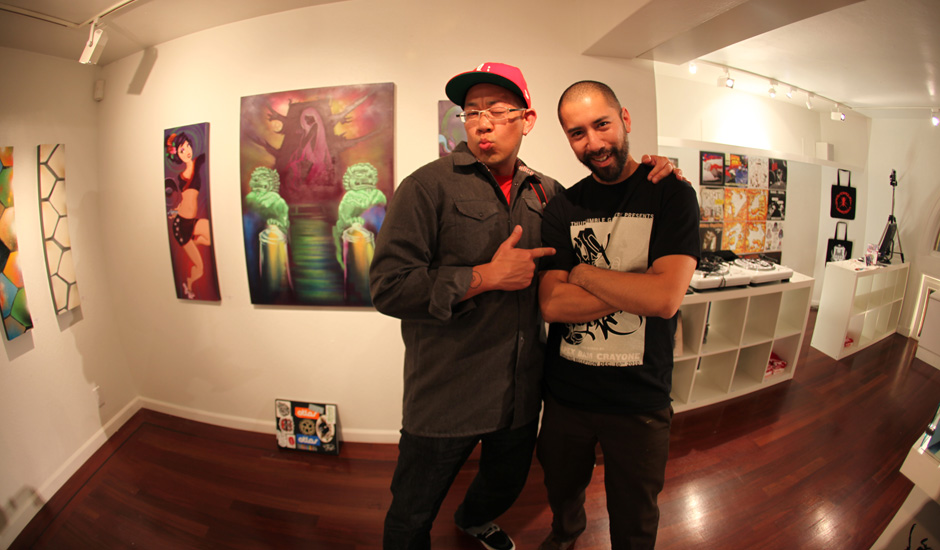 About the artists.
“Apex has deep roots in the Bay Area graf scene. As a kid growing up seeing the 80’s generation of writers starting the movement, Apex definitely carried the torch into and through the 90’s; constantly evolving his work and being true to his art.” -Nate1 MPC

“Bam is part of the legendary 80’s Hip Hop generation. His work reflects that as well as his Hawaiian roots. When I see his work, I see the quality of painting that inspired me. He came from the legendary TWS Crew, that set standards in the Bay Area for cleanliness with a can using stock tips! Mike has paid his dues and we will see more high quality gallery and mural work from him for years to come.” -Nate1 MPC

“Crayone’s legacy in the graf game is already written. Like the Cal Ripken of Graffiti Art, Crayone has put in more consecutive years of art on the streets and has influenced more writers than I can think of from the Bay. He respects the culture and has been there since the beginning. He helped pioneer the freight train and Muni bombing years in San Francisco. Crayone also had the first one man graffiti art show in the Bay Area back in the 80’s. If there is not a graffiti Hall of Fame yet, let’s open one.