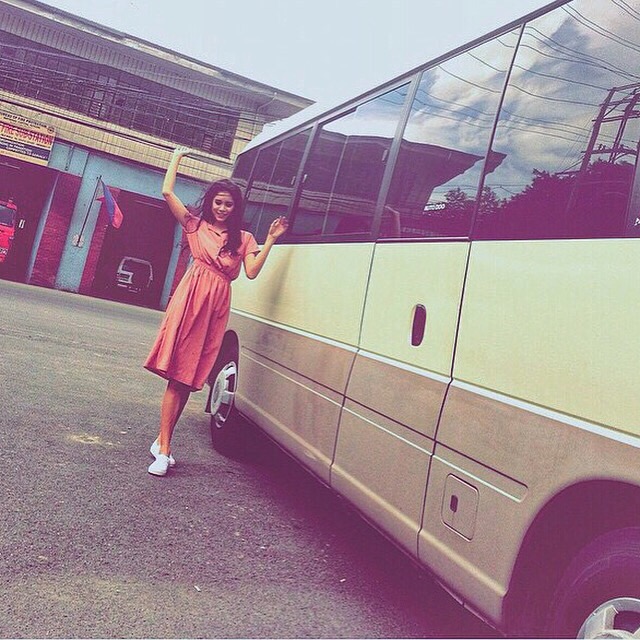 Imagine if each and everyone of us promote our own beautiful islands, all those wonders we have? Mountains. Sweet appealing people, religious and traditional. We have the perfect oriental mixes, unlimited source of energies and the kind of climate every countries wished they had.

We have everything we need.
Do you even know the reason why people from expensive places in the world come to the Philippines? Maybe you’re stupid enough to not see that.
Up to now, I still get crazy to think why do we belong to the third world?
Look at yourself, I believe you had a dream. What did you do to make it happen? Did you just give up because your parents couldn’t support you? Was it because of our crap system?

The reality is that, they don’t matter because it’s up to you.
Enough of blaming others. When you fall, blaming won’t help you get up. Failures win because we let them. Life treat us shit because we have given up ourselves. No matter what situations we are in, we have to fight face to face. We cannot keep blaming other people for our misfortunes. We cannot just shut our mouth when it’s time to fight. No one is responsible but ourselves in making our world different.
What do you do to help this country? Are you one of those who sympathized kids knocking on your windows and surprised to see an expat giving them food? What do you do to hungry people? For sure, you’re going to tell me that you have to look after yourself first and because these kids are not trustworthy. They might steal from you. They just do drugs, they work for syndicates, their parents are lazy. So what? The intention is to help them right? Whatever happens after that won’t turn them into bad people. This little ways are not enough compared to all the things they are going through. We show no mercy, that’s why they never learned it.

So many of you don’t care about each other because you practiced yourselves not to care anymore. You already got used to it. It’s all about own personal benefits. Making sure you’re doing better. Wait til people commit mistakes and be with them when you know you can suck something.

Look down as if you’re above. Make them feel uncomfortable, embarrass them, just do things that doesn’t make sense because you think you’re better and always have something unnecessary to say. You brag about your expensive possessions but you are not proud of your imperfections, your personal history, who you are and what you are.

Why put effort in such things when you can’t extend your arm when someone needs a lift.

Aside from all that crap, you are probably one of those people who just find someone who can change your life by riding on people’s luck and when you do that ofcourse, it’s going to be hard for you to genuinely express yourself because people like you doesn’t really know what hardwork means, and mostly, the empty cans creates the loudest noise.

Guess what? Eventually, you’re gonna get sick of living a lie, owning somethings that doesn’t really belong to you.

No one is responsible of your own life. All you need to do is to act as a human being.

Our parents play a big role in bringing us a brighter future, educate not jutbteach about sense of responsibilities, values and what it really means to be parents that it’s not just one of those dramas on televisions or something you can post on your status.

Are you going to repeat the same cycle? It’s up to you.

Who are you waiting for? Are you waiting for what the heavens will drop on your table? You’re impossible. You have to go find your own treasure. You need to learn to stand on your own feet.
Wealthy people have what they have not from sleeping all day while you were busy blaming the system.

They are not better than you.

The only difference is that, they take a step to make their plans turn into reality. You have everything you need. You’re just one lazy ass depending on the easiest way out. You’ve got to play your card to change them into something new.

What you make is yours.
That’s why, for the government; if you want this country become better, please…take care of your people.

Education is a right and it should be free because they are going to be the same people to take over this country in 20 years.
Fix our public schools, make enough room and better quality educations to accommodate all the children.
Don’t expect this country to get better or it surely will get even worst if you don’t help your own people.

No wonder why same families are ruling this country because they are the only ones who can afford to study or even go to the most expensive schools abroad.

For the church mingling with how the government should lead this country; there’s a reason why religion and state are two different things. Let the government do their job and your job is to guide your members and stop imposing which one is right and wrong.

I’m not trying to disrespect any religion because I do believe in God and his greatness. I just want to say that I know my God is a humble God and He would never want His people to pay their tithes just to go your fancy churches knowing that there are so many homeless people sleeping along the streets.
Our body is the temple, the church of God.

If you respect God, going in the middle of the national high way, bringing the priest on demonstrations, causing more struggles for the normal people trying to change their lives doesn’t make any sense.

This thing with the church and the government happened long time ago, let’s not repeat it again.
Religions brainwashing their members who to vote through Sunday homilies and making connections with these government officials, mentioning those names of those who gave their tithings and offerings, creating intentions won’t help you get to heaven.

And to those people who never gets satisfied…How much more money do you need to put to sleep in your banks? Make sure to carry it all with you when you die.

There’s a simple philosophy and that is KINDNESS.
Let’s help each other.  We have to learn to make people feel good about themselves and inspire each other to work hard and change their lives instead of criticizing them. We don’t have to give money or feed them everyday to help, we just have to be kind to one another including strangers.
Don’t be selfish. There’s more than money in the “Treasure bank.”