I must admit, when you think about it, the time and money that we spend on our hobby of cars and motorsport is not all that easy to justify in any rational sense. I know that many of my friends and family don’t understand, they just smile and nod as I go off on a tangent about motorsport. One of the things that I have come to realise, is that a major part of the reason that I am so addicted to motorsport is the incredible community around the sport. This was demonstrated to me first hand last week, when I received a call last week from a local team owner Andrew Studdard, or ‘Studs’ as he is more commonly known. He explained to me that he had taken his drift car out to Friday night practice at Queensland Raceway, as part of final preparations for his trip to the World Time Attack Challenge to take part in the unique opportunity of the Team Orange Drift School. They had brought the car back to their storage shed and locked it away. In the morning, the car was gone. 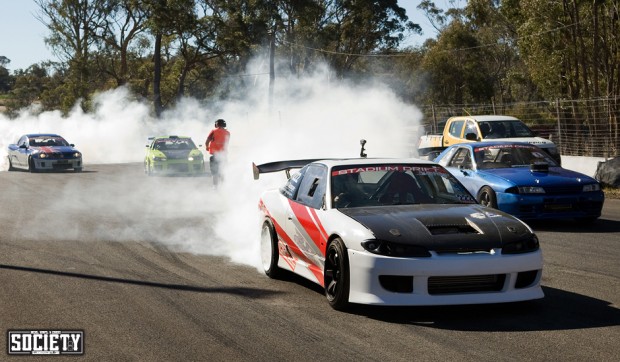 With years of development and having just come off the back of a round win in the Stadium Drift Pro Tour Series, the team were absolutely shattered. All that work, time, money and effort had simply vanished. 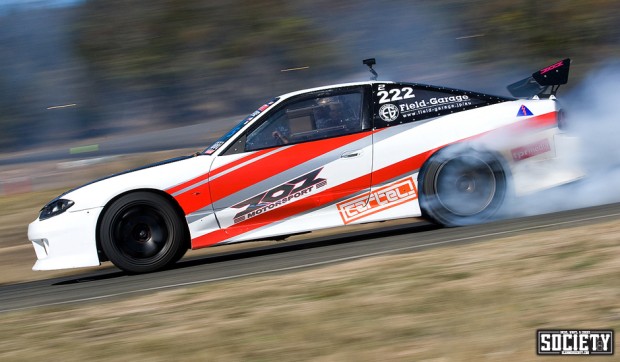 But as Studs explained the situation to me, he went on to say, “Don’t worry, I’ve got a plan, I’ve got a stripped out V8 and just ordered a supercharger for it”. 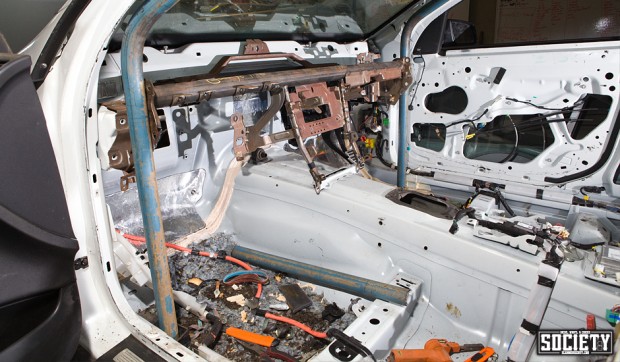 The team scraped together every last cent and put it towards a supercharger kit to transform a car that is currently far from looking like a race vehicle. 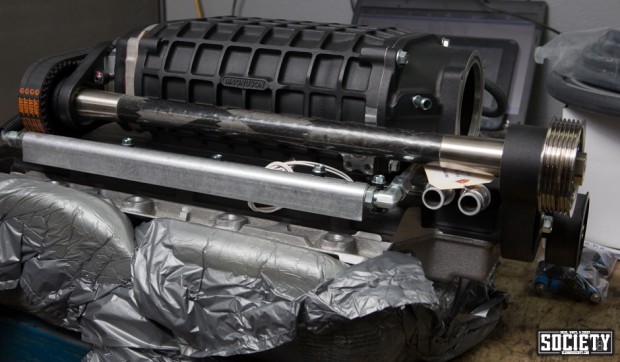 As they unpacked the supercharger, it was smiles all round, but as they read through the setup instructions, the sheer magnitude of the job at hand dawned once again. 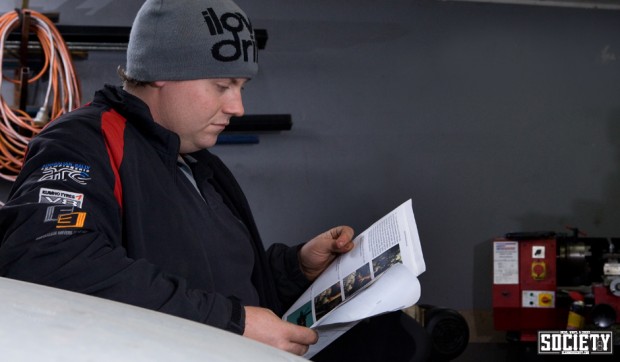 And just in case this all wasn’t crazy enough, they had less than 6 days to take the car from a stripped out shell to a tyre shredding machine. 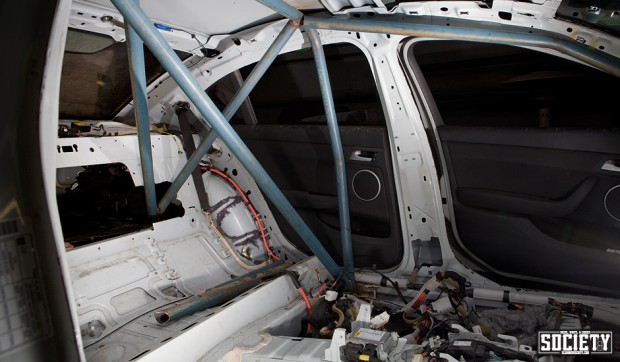 What amazed me was the sheer commitment of the team to make the best of what is a terrible situation and find a way through it. It would be very easy to just walk away, but instead, they are going all in.  Everywhere throughout the workshop, were deliveries from around Australia, that had been sent express freight to bring the build together. As the team called their suppliers and explained their predicament, they pulled out all the stops to get the parts shipped in record time to help the team. 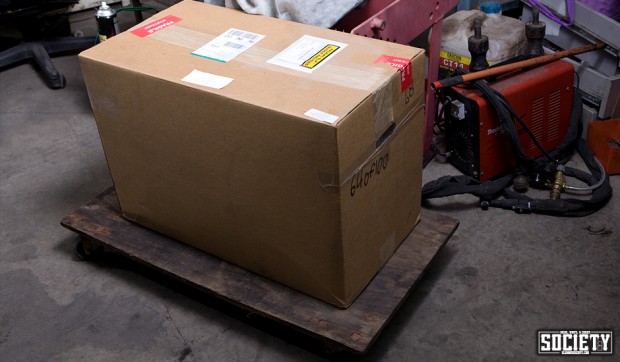 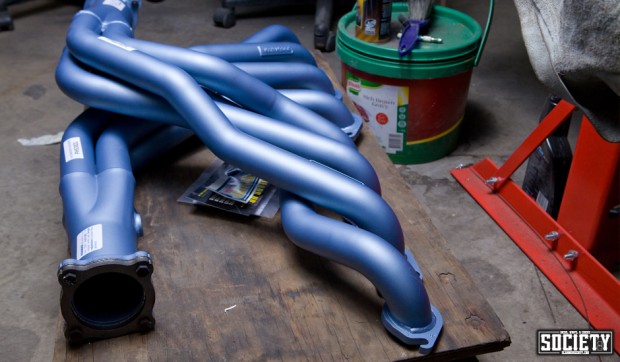 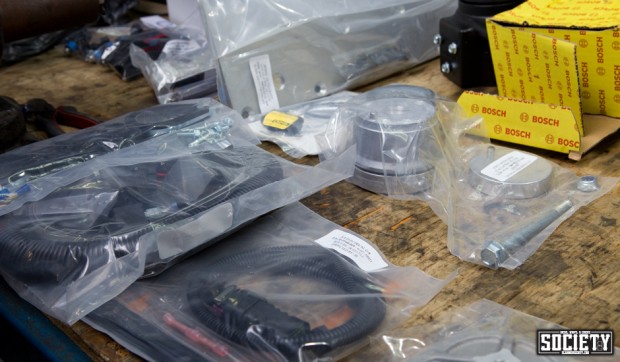 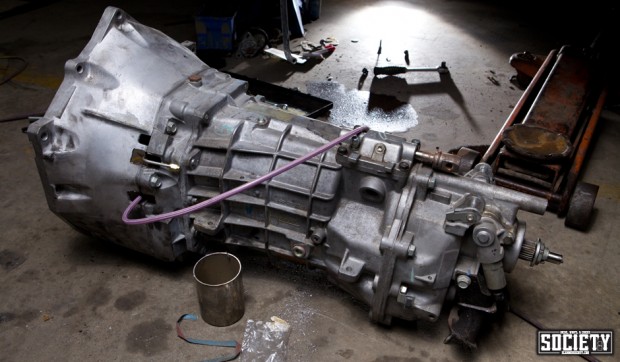 So now, they are facing another race against the clock. The car needs to be on a trailer heading for Eastern Creek on Wednesday and the team are working night and day to get the car ready, to not miss one of the most exciting events of the year and the opportunity to take part in the the Team Orange Drift School at WTAC. 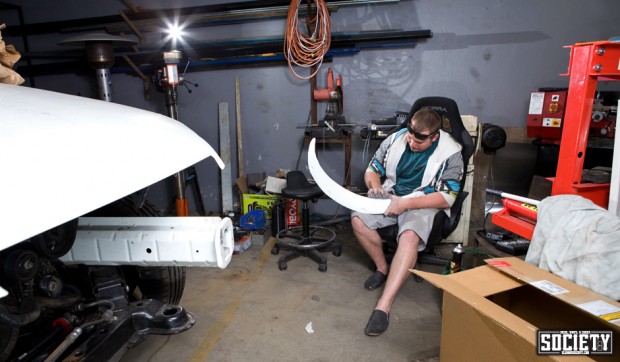 I know that there are countless examples of this kind of commitment in motorsport and you see it every time you go to the track. Teams share parts, tools, ideas and just get in a lend a hand when someone needs help. The sense of camaraderie among competitors is always  evident, no matter how heated things may get on track. You are all there for the same reason and share that common bond. 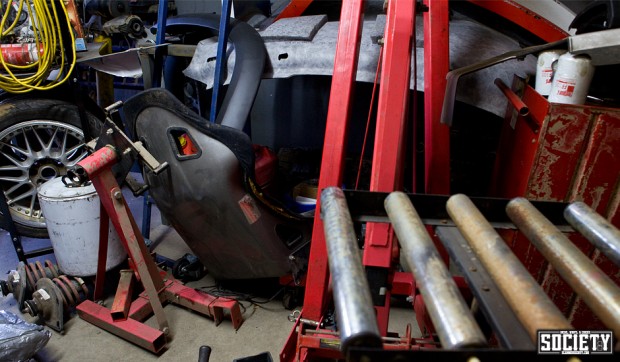 I’ll be going back to the team workshop later today to update on their progress, so keep an eye out for an update. They now have just over 48 hours until the car needs to be on the trailer and heading south.

Studs and the team would also like to give a shout out to the companies that are bending over backwards to help them out.