It has become a tradition for me to share the past year through my photography. Even with social media specifically Instagram becoming popular not everything can be shown so this serves as a visual year book.

2012 was an incredible year full of surprises and opportunities. I am very fortunate to have had these amazing experiences shared with the following photos and brief descriptions. The late Steve Jobs once said, “Your work is going to fill a large part of your life, and the only way to be truly satisfied is to do what you believe is great work. And the only way to do great work is to love what you do.”

Here is a sampling of images from the year. The complete Year in Photos can be found on my personal website www.jpangilinan.com with Part 1 and Part 2. 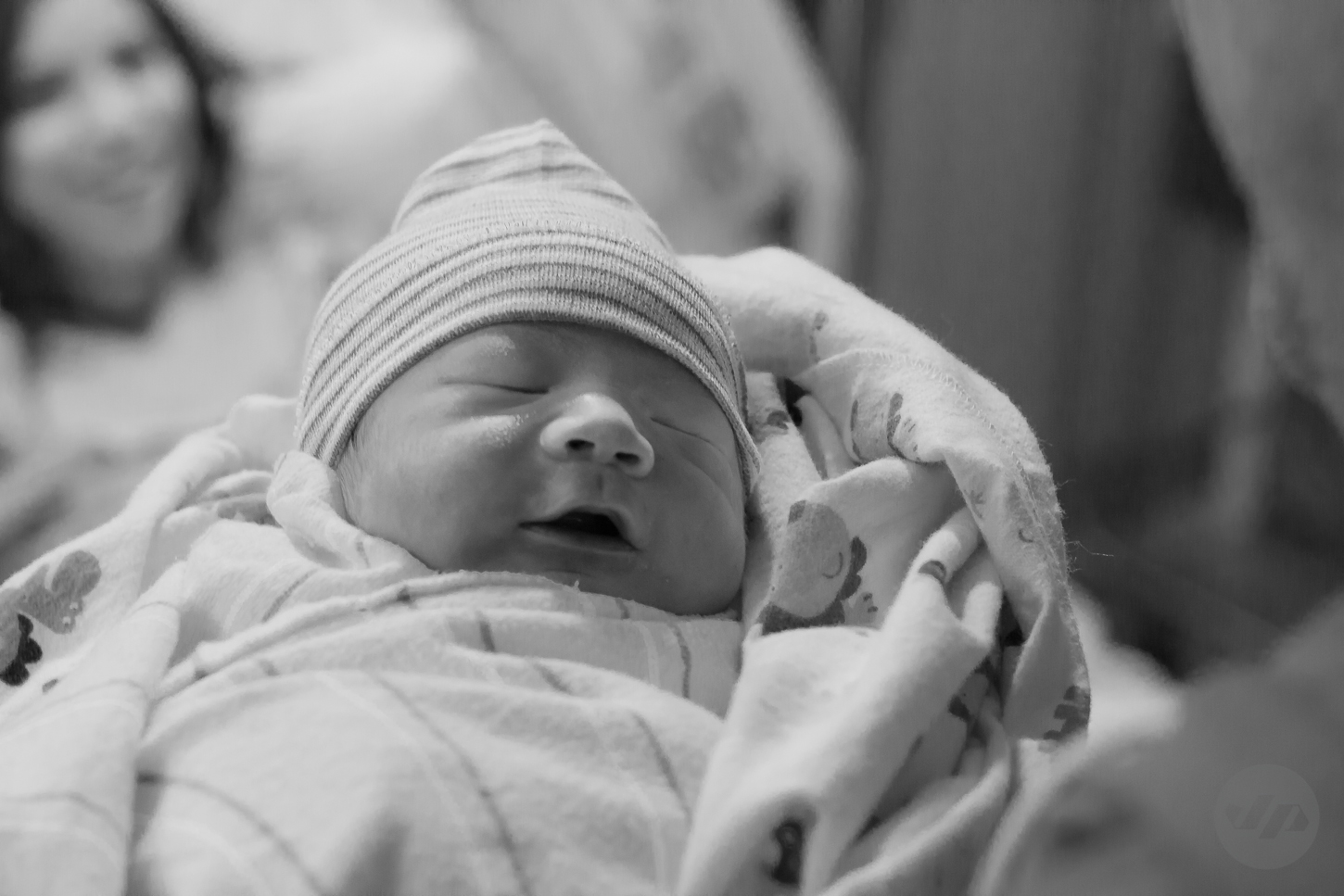 This was a very special day for me as I became an uncle. My little nephew, Liam Riley Pangilinan was born and I couldn’t have been any happier to welcome him to the world. 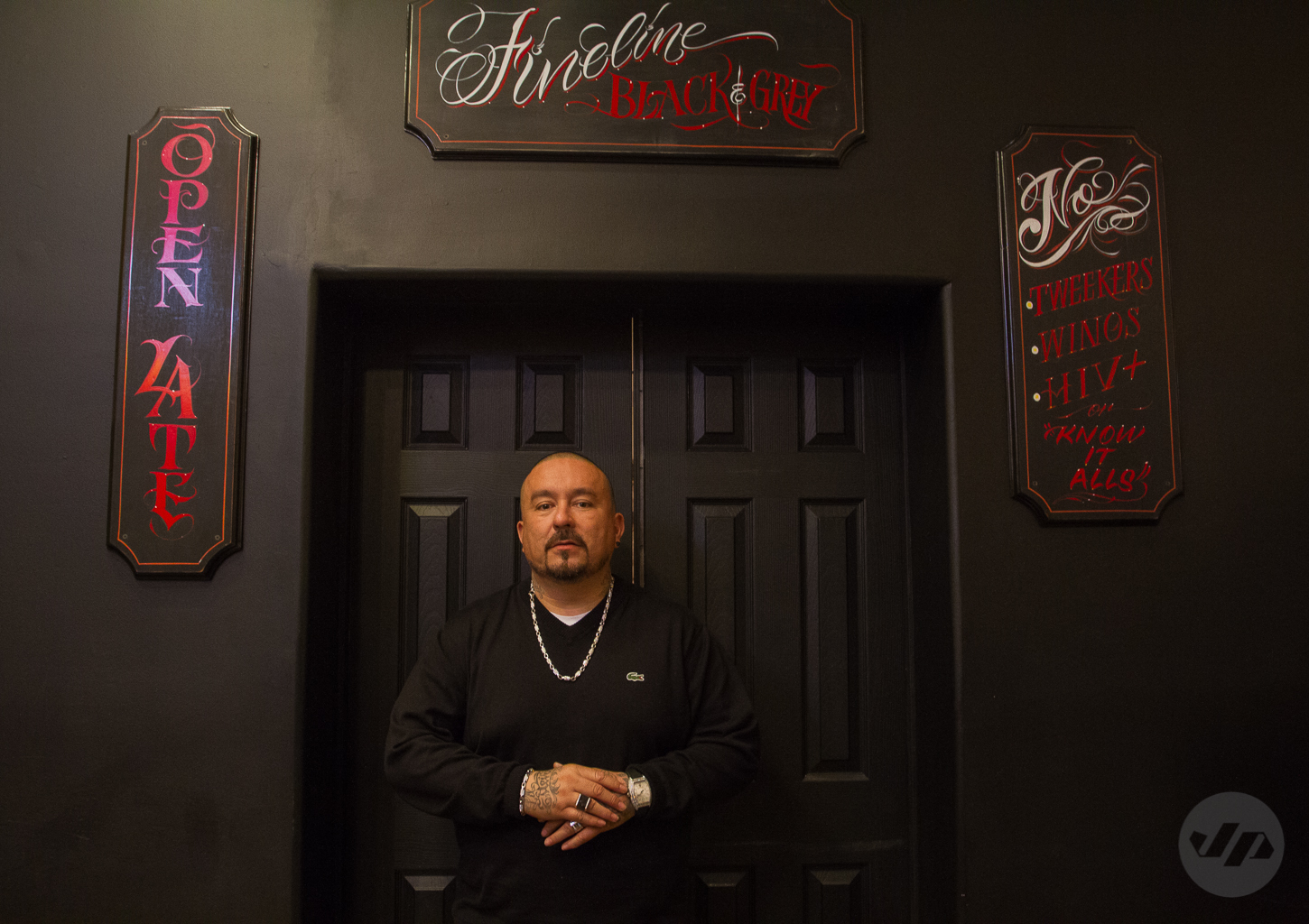 One of my new clients for the year was Sanctiond Car Care founded by famed tattoo artist Mister Cartoon. What really drew me towards the brand was the lifestyle aspect of it. From collaborating with fashion giant UNDFTD to MMA fighters and artists it really is a brand that touches on many of the things that I am personally into. I assisted with the media portion of the day that included media tours and product demonstrations inside Cartoon’s office/car museum/car guy lair. A few of my photos were used in the interview I set-up with Hypebeast.com. 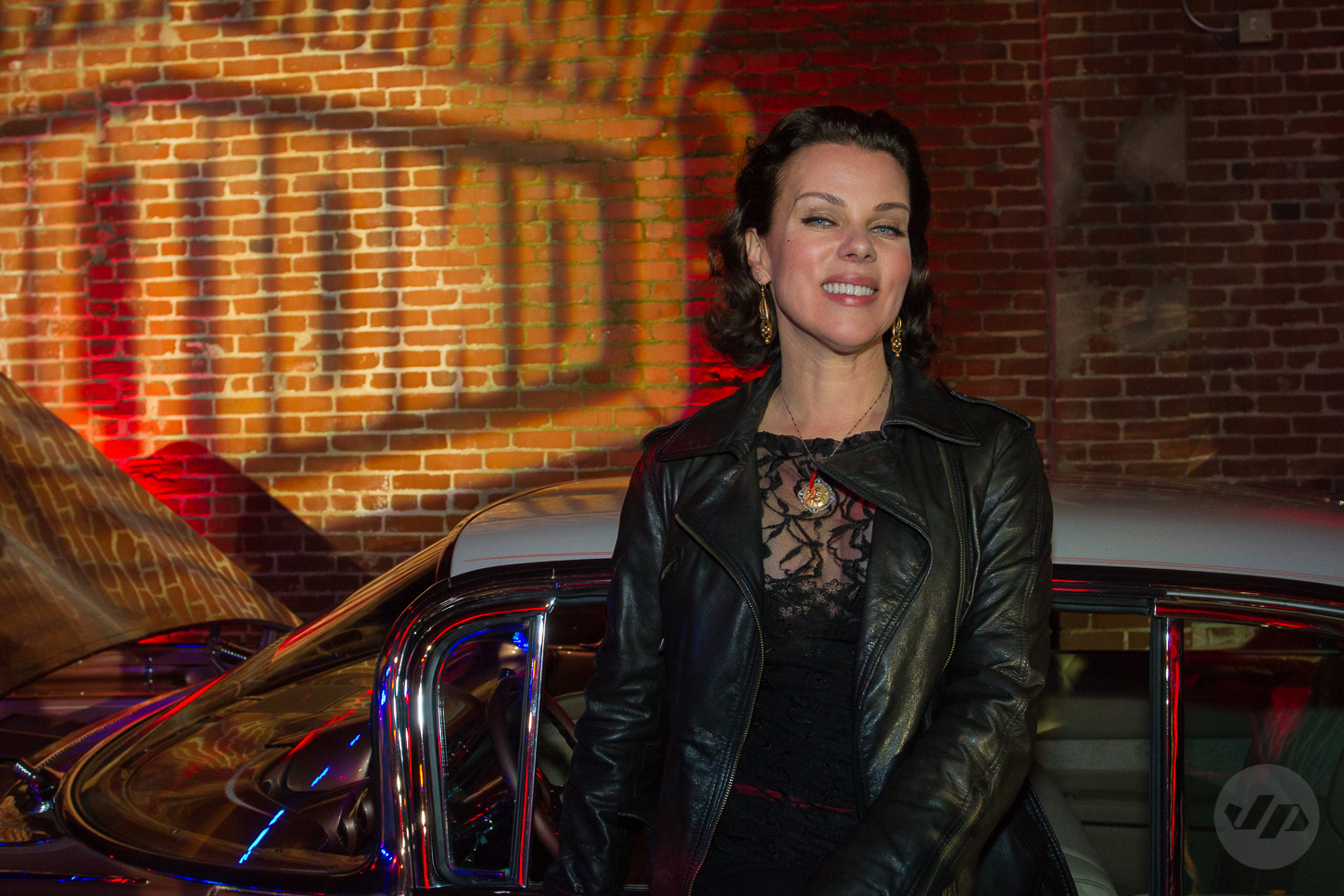 The second half of the day consisted of a massive launch party complete with celebrity guests and a lowrider “hop-off.” It was a long day, but well worth the hard work it took to kick-off the campaign for Sanctiond. More to come. 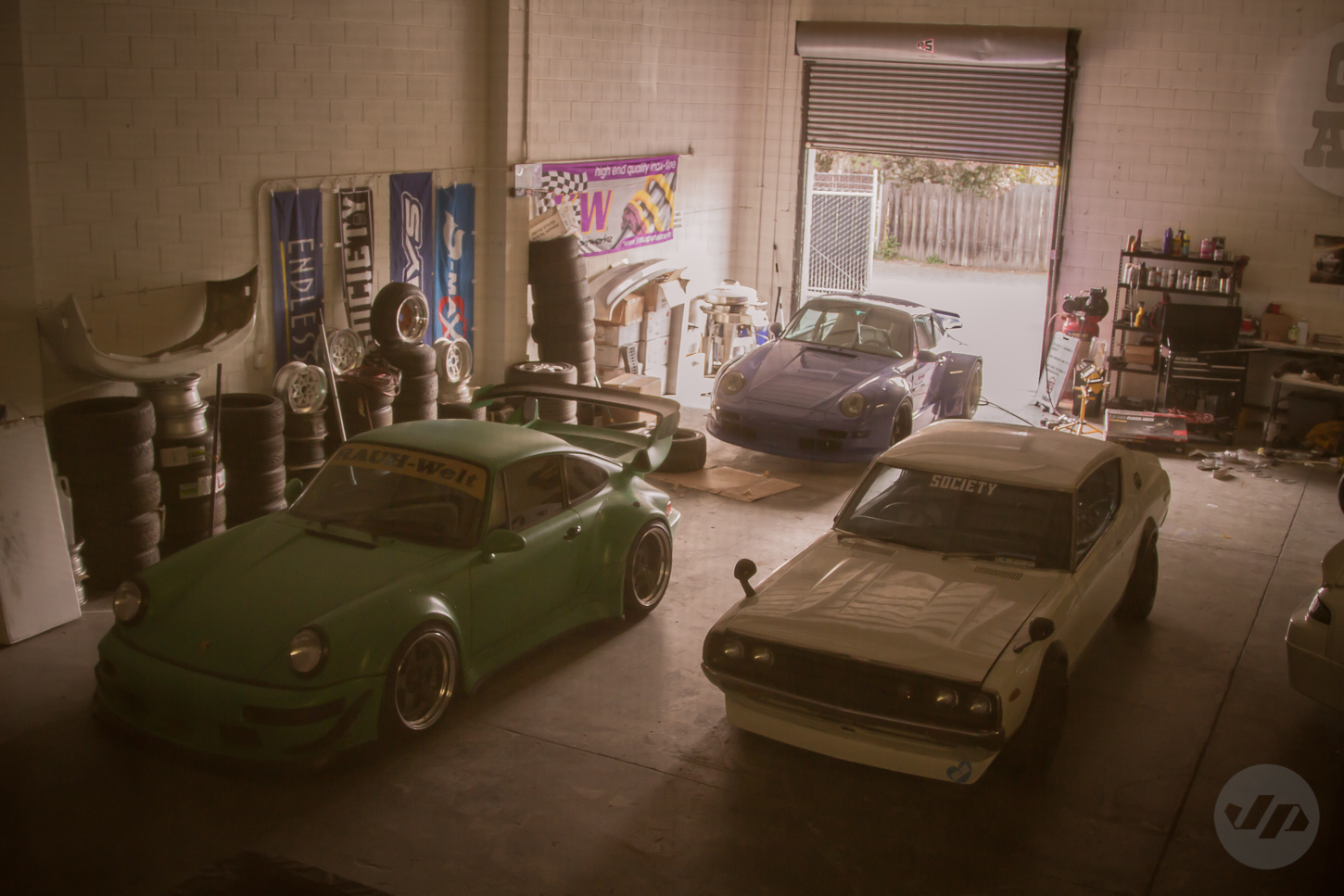 Illest has started to grow world-wide in just a few years. I took a trip up to the Paddock to meet with the creative team along with see how the brand has evolved. Toyo wanted a very dark and raw image that showcased the fighters as the warriors they are. Multiple shots and looks were taken to take advantage of the time we had with the athletes. I asked Anthony “Showtime” Pettis to sit and wrap his hands to show the process and preparation that is required to fight. This was one of my favorite images from the shoot. The main image that was captured was a an action sequence shot of Anthony’s famous “Showtime kick,” where he ran up the cage and threw a face kick to be the last man to beat the current UFC champion Benson Henderson while they both fought in the WEC. Toyo used this image for a limited edition poster that was available for signings at the UFC fan expo, but you can also download the image as a desktop wallpaper HERE. 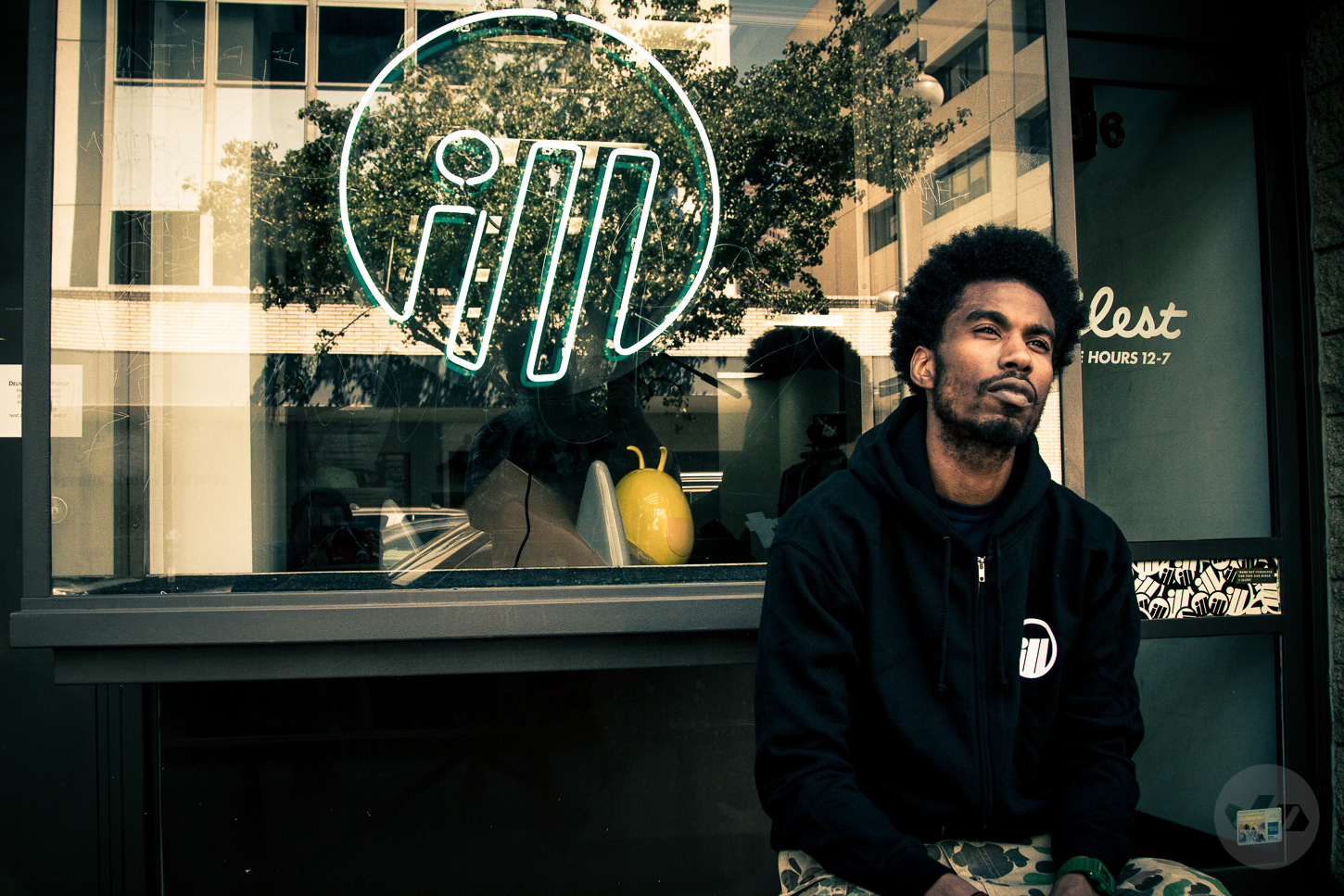 Skotch Davis is a hip-hop artist based out of NY and has been around for a minute. Looking to release his debut project soon we linked up at the Illest Downtown LA location to talk about what’s next for the rising star. 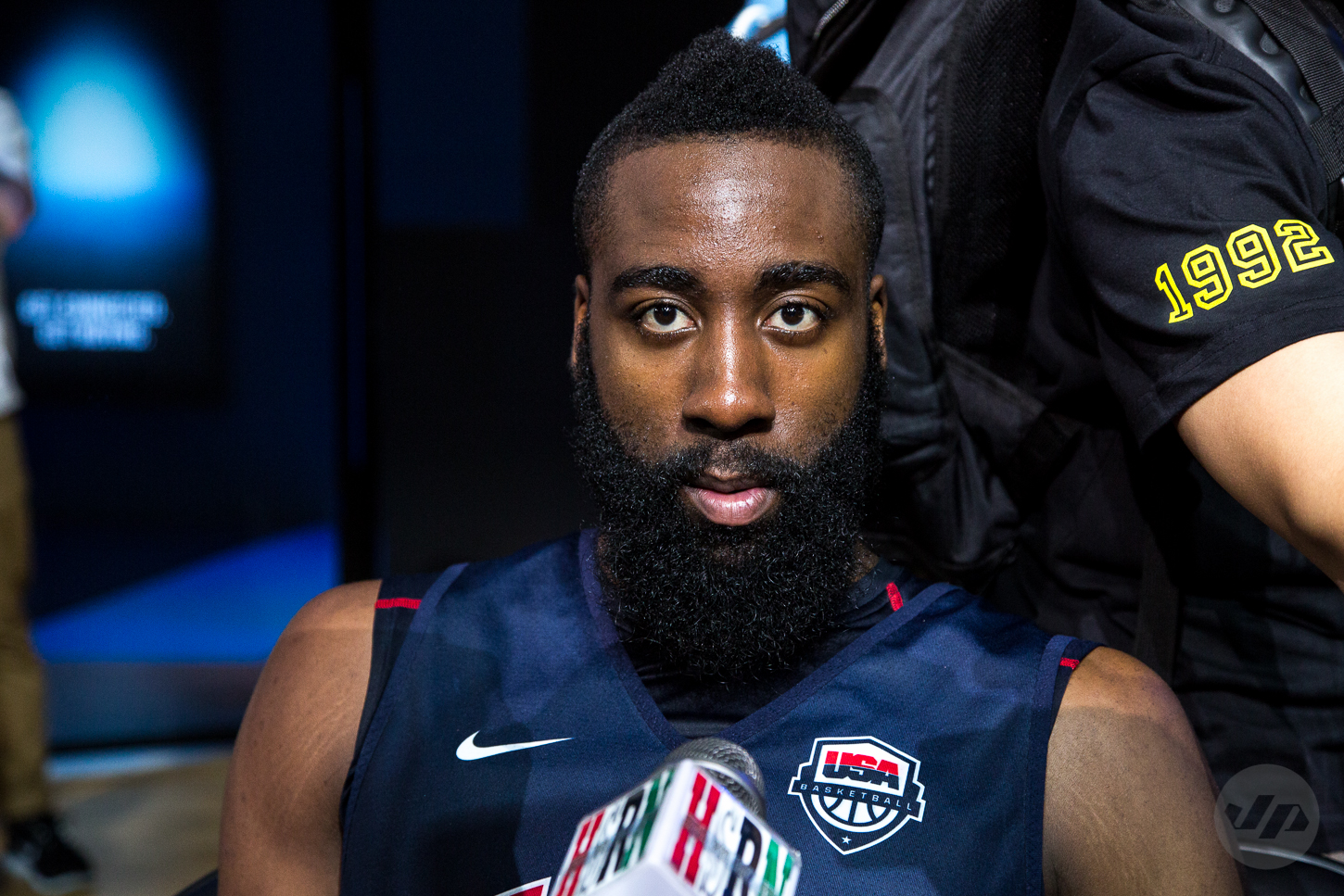 One of the highlights that will forever stand out was my experience at the Armory during the Nike World Basketball Festival when the members of Team USA took center stage for a practice session and scrimmage. With media access to the sidelines it was a surreal experience to see the best players in the world working together in unison on their way to winning the gold medal. 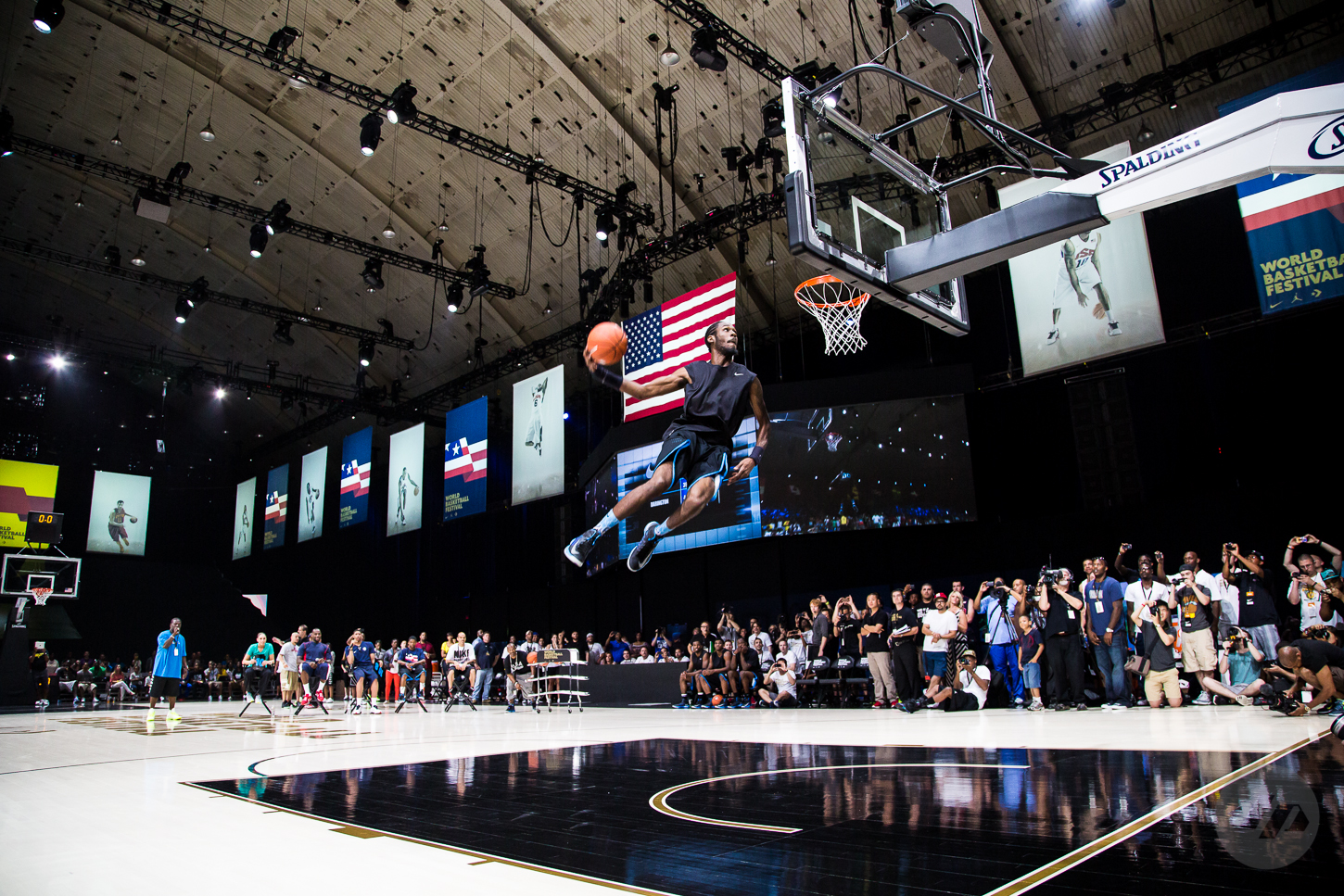 Nike hosted a dunk competition that took the art of dunking to a new level. Jus Fly won with an array of dazzling dunks including his under both legs dunk and his signature dunk of a front hand spring to grabbing the ball on the ground to in between the legs dunk. 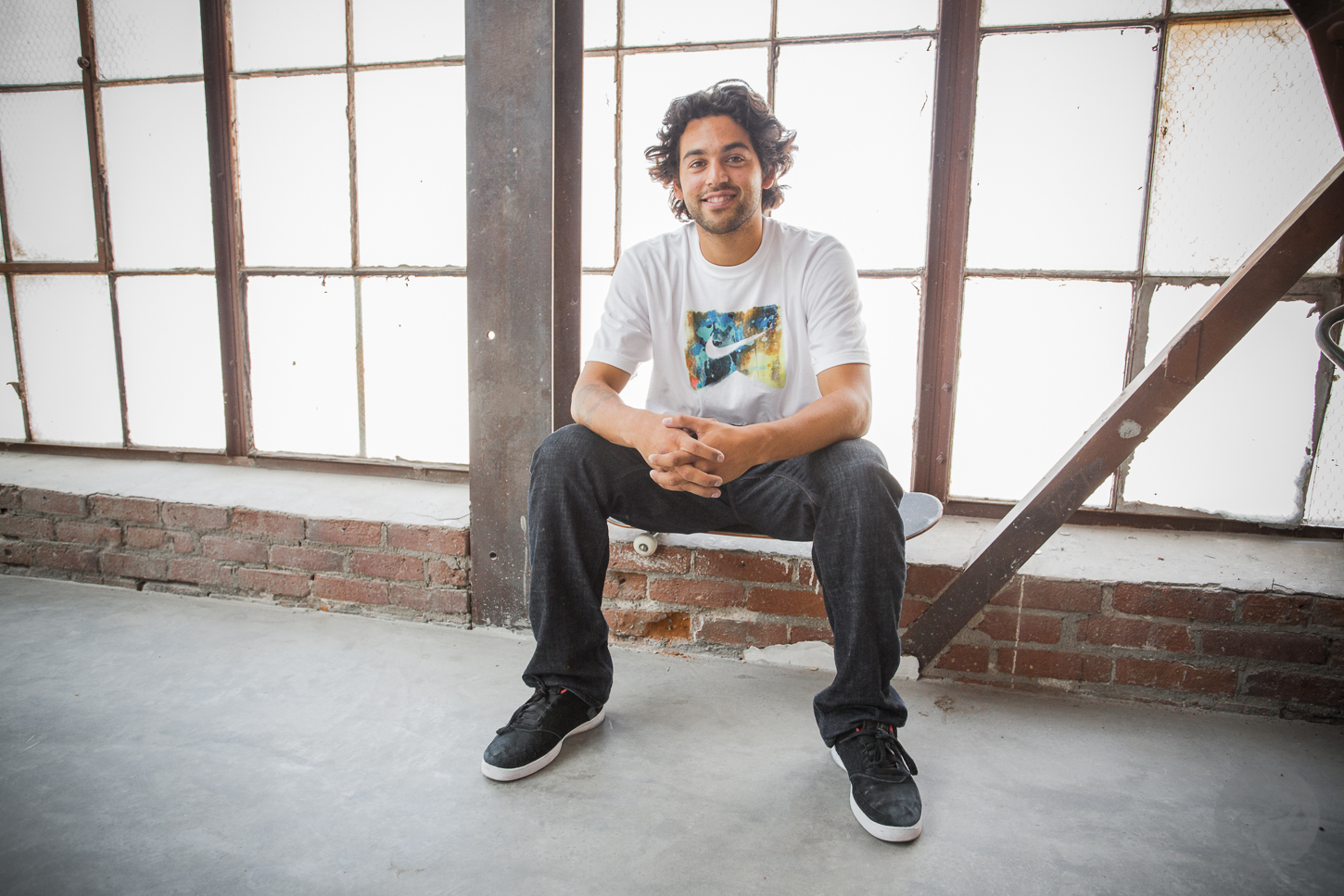 Nike opened their 6th and Mill skatepark and invited us to join in the release of the latest Paul “PROD” Rodriguez signature shoe. Along with Nike teammate Theotis Beasley, Paul answered a few questions and gave a quick skate demo. These two guys are so talented and to see them in person both makes me miss skating and also realize how far ahead of the game they are. This was the first family reunion I’ve ever experienced and it was perfect. Anytime that you gather family members from across the nation in one place is good enough, but the addition of visiting the gorgeous state of Maine made this a trip of a lifetime. This part of the country is simply amazing and full of picturesque scenes and landscapes. I’ll be sure to come back to both take more photos and eat more lobster. 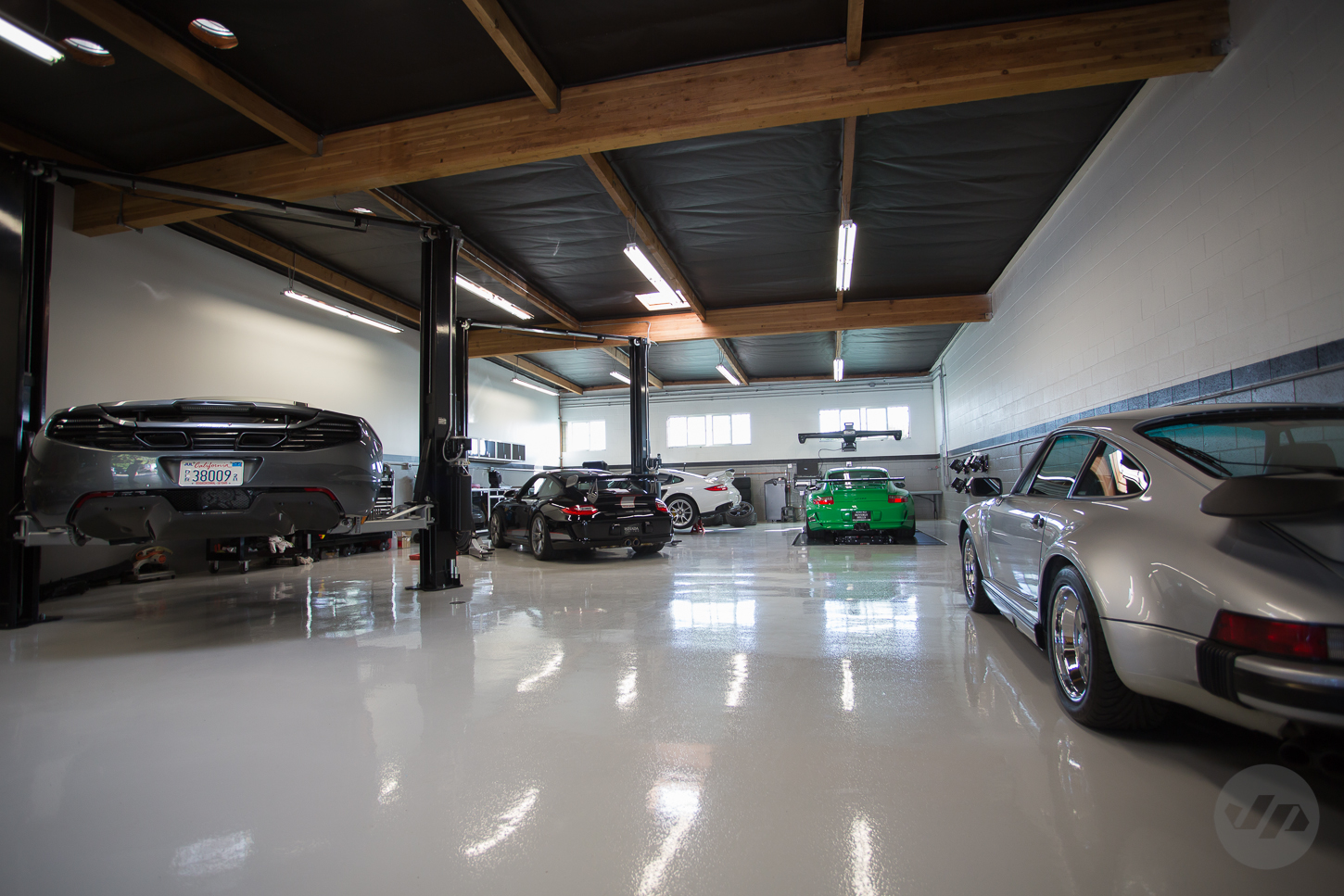 I visited a friend’s new shop RSTRADA that specializes in tuning Porsches and other high-end machinery. The space is the ultimate man cave. 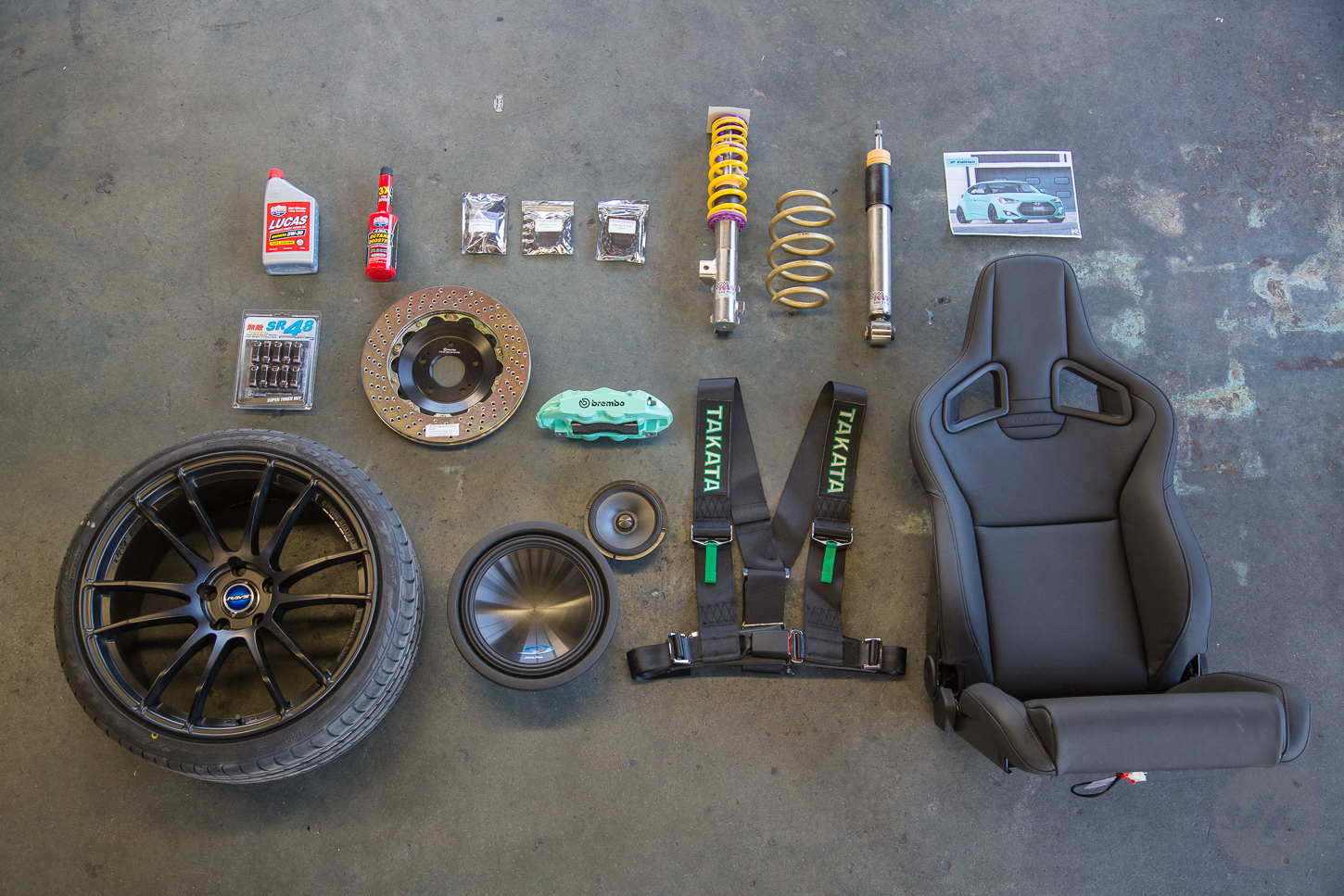 And so the work began on the first project car of the year, a 2012 Hyundai Veloster Turbo. I wanted to keep the project under wraps until it debuted at SEMA within the Hyundai booth, but also wanted to showcase the partners products involved as well as tease the debut so I lined up the aftermarket parts and decided to shoot it an “essentials” style. Every time I work on a new project I am reminded how fortunate I am to have the great sponsors and clients that I have that make it all possible. SEMA is always a crazy time of year and leading up to the week long tradeshow can be overwhelming, but it was all worth it when I surprisingly won the inaugural President Choice Award for the JP Edition Veloster Turbo. I am very honored to have this award for this car that had a lot of work done to it in very little time. Sanctiond Car Care continue this launch year with a major announcement with the partnership with Snoop Dogg (Lion). I assisted to bring media members and influencers to the booth to see both founder Mister Cartoon and Snoop including members from DUB, RIDES and even MMA legend Rampage Jackson. 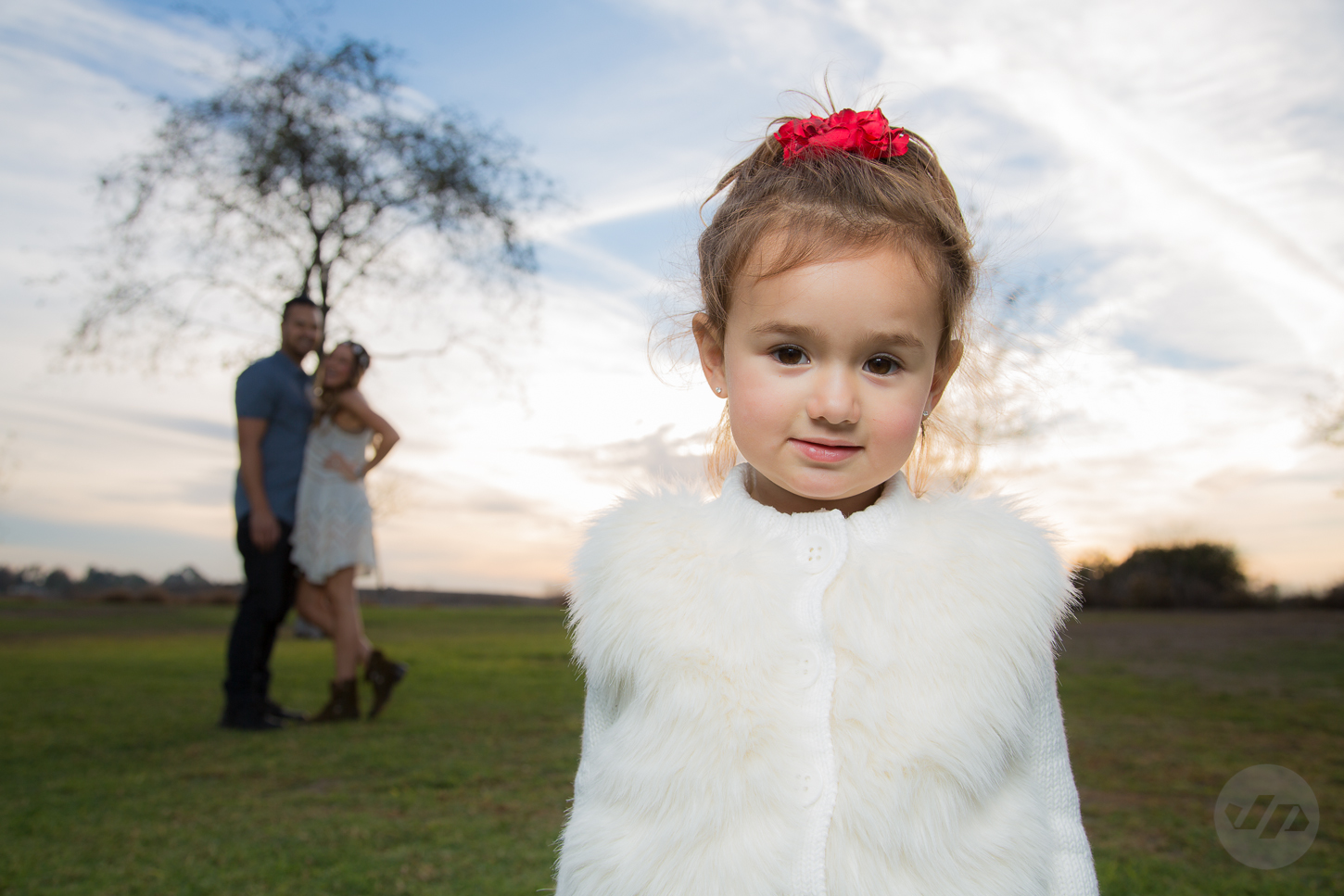 When my close friend Gene asked me to shoot his family again I was honored as I shot them before when little Harlow was only a baby. To see how quickly and fast kids grow-up it has made me realize the importance of photography and holding on to these memories. This was possibly my favorite image of the entire year. Each year I make sure to attend the annual Los Angeles Auto Show during their press days to see what the next year has to offer in vehicles. There is definitely some hot cars that will come out soon, but the vehicle that caught my eye the most was a full competition race car – the Bentley GT3 that made its debut. A new client for the year was iZZi Gadgets and I helped with their launch event at the Crewest Gallery in Downtown Los Angeles. A collection of iPhone photos using the iZZi Gadgets were put on display featuring work by skate photographer Atiba Jefferson, Willie T, Yuri Hasegawa, ManOne and pro skater Arto Saari. Arto is not only an amazing skater, but fantastic photographer. The third project vehicle for the year went underway. This time around it was with a Toyota FJ Cruiser for Scosche. It became hectic towards the end to get it ready for the CES show in Vegas, but came together nicely. I’ll have to wait a week to post the final images and shots from the Scosche booth at CES. Stay tuned…trust me it is worth the wait. My nephew’s first Christmas. It was only fitting that I started the year with his birth and end with him. Thanks 2012 it’s been real. 2013 let’s do this!