Whew.. Sema’s over. Now we can feature some more cars. First up, The 2012 Chevy Sonic which we built right here in California.

A few months ago I was asked to work with GM to work on a new platform called the Chevy Sonic and prepare the car for thee most spectacular car show for enthusiast called SEMA. Once I saw photos of the Sonic I immediately did a quick render and sent it over to the guys at GM and said it was very promising. After spending a few more hours on the render, I was able to come up with 2 to submit and a few days later I was asked to work on 1 of 5 Sonics coming to the USA. 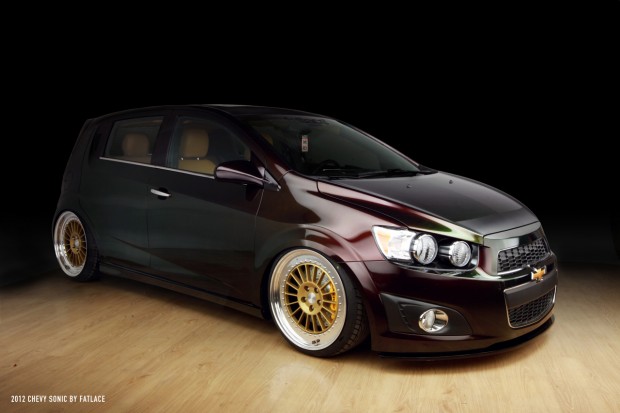 6 thoughts on “2012 Chevrolet Sonic by Fatlace”