A few years ago I got to be a part of this video series that now has become legendary. The series I wouldn’t say is the same caliber of a Drift Tengoku or Video Option but it was in its own category. The video series was called JDM Insider. A good friend of mines, Phillip Velasco & Robby Abaya along with hosts Toshi Hayama and Hiro were the guys that started and created this very unique video series that followed and featured street culture, racers & drifters around Japan. We did an episode with Kanjo street racers (Team Wharp & Late Riser) in Osaka. I swear we were going to die that night. The guys were going bonkers on the Osaka circle and if I was a regular driver on the street, I probably wouldnt know what to do with these civics going almost triple the speed limit. (See video below the photos)

Anyways, fast forward to today, we spent some time with Kazuhiro Furukawa and his new assistant and took a few minutes shooting around his shop which specializes in Honda and that street racing lifestyle. I heard he’s stopped doing it as police have succeeded in stopping this type of racing. 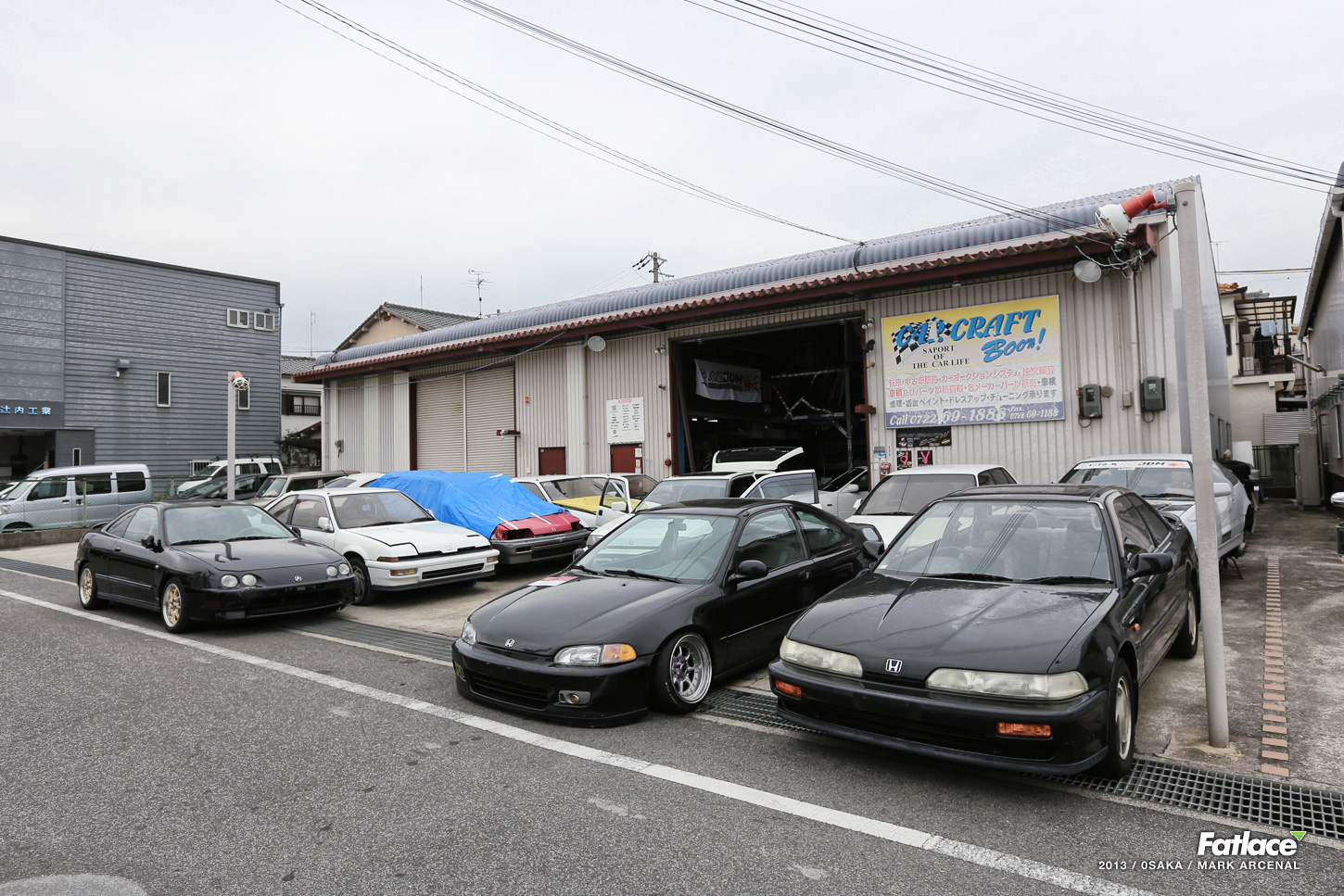 Car Craft BOOM! aka Osaka JDM. As you can see, mostly Hondas. 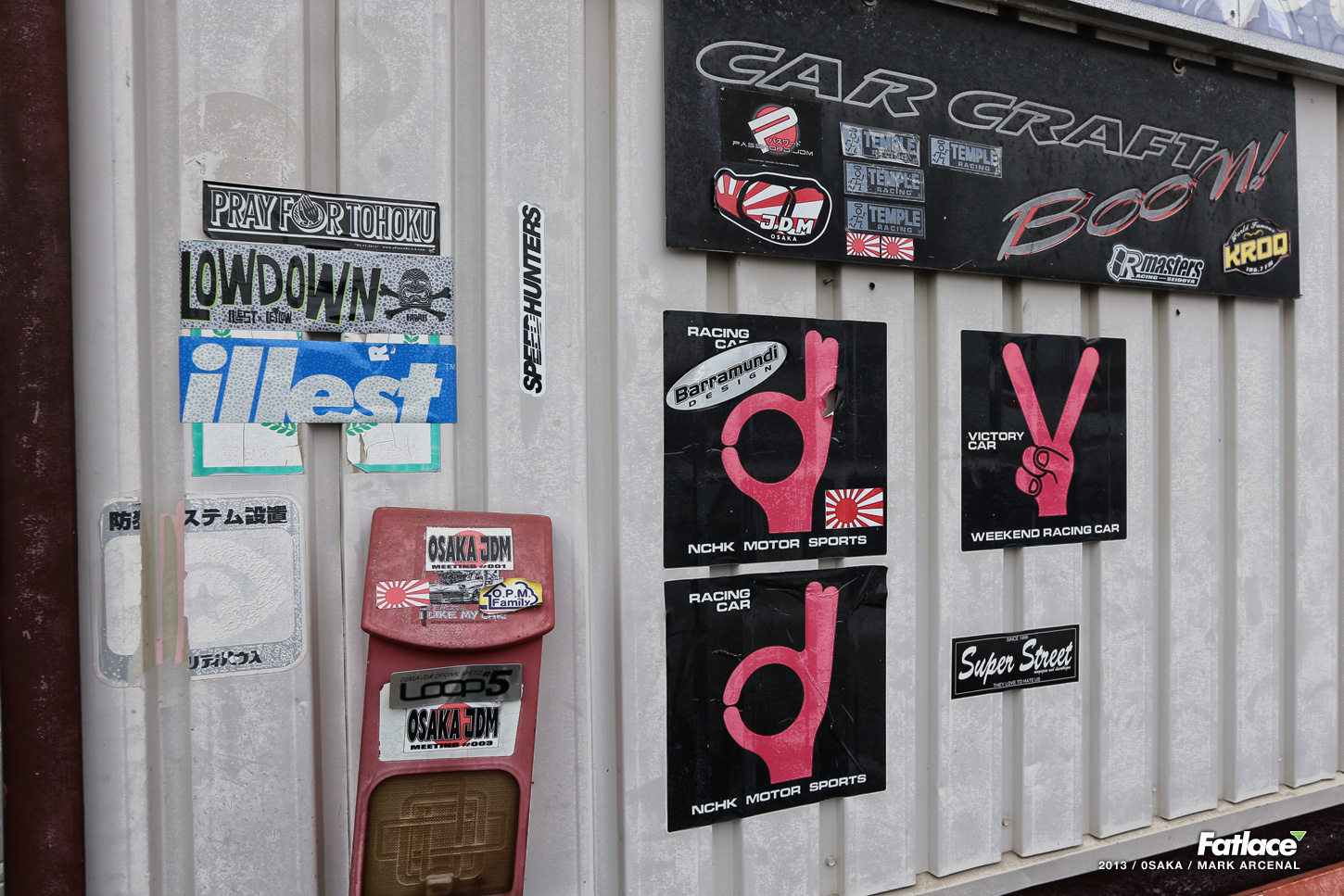 Lots of stickers including our Lowdown sticker from our Hawaii Event. 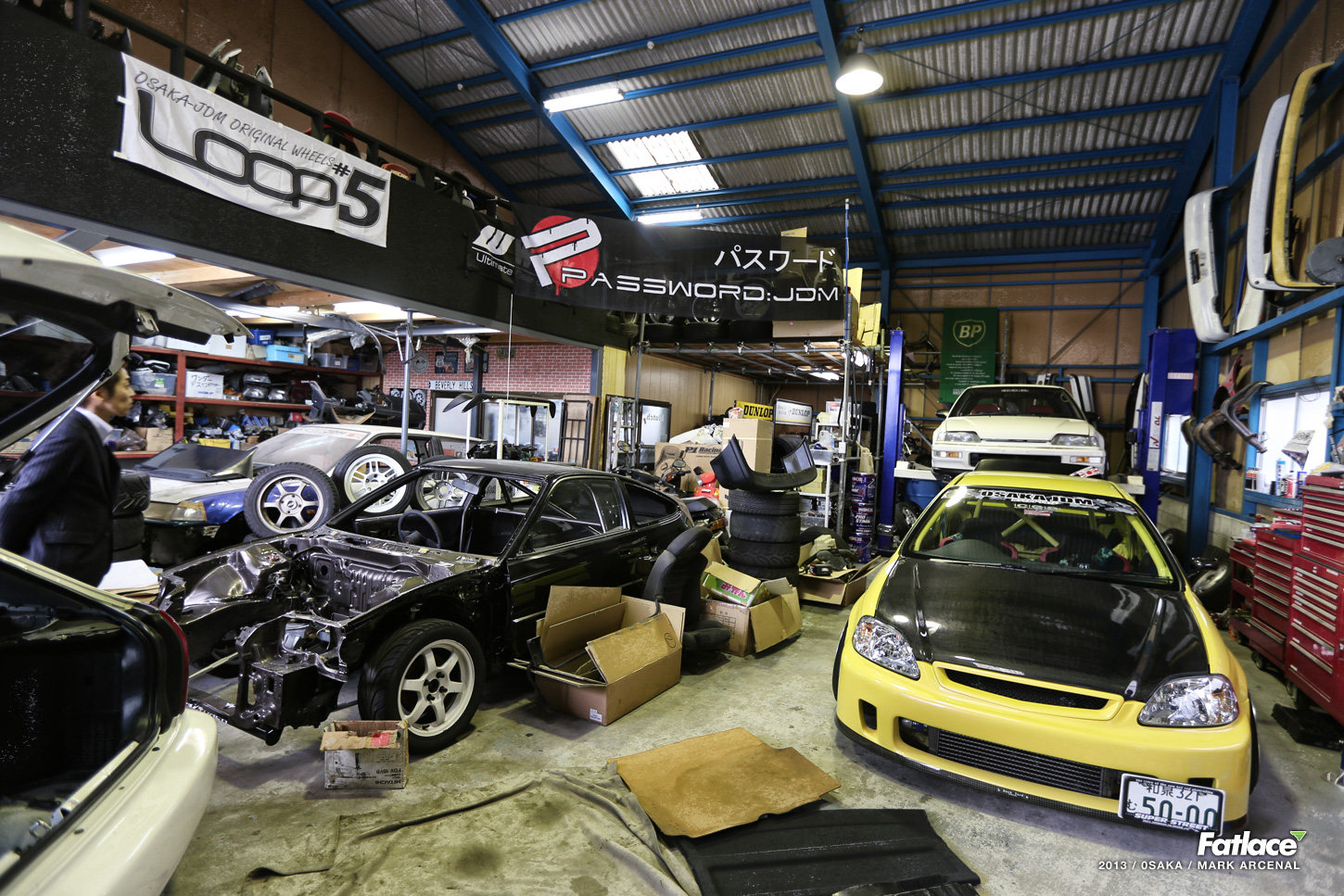 Organized confusion. Only the shops owner knows where anything is. 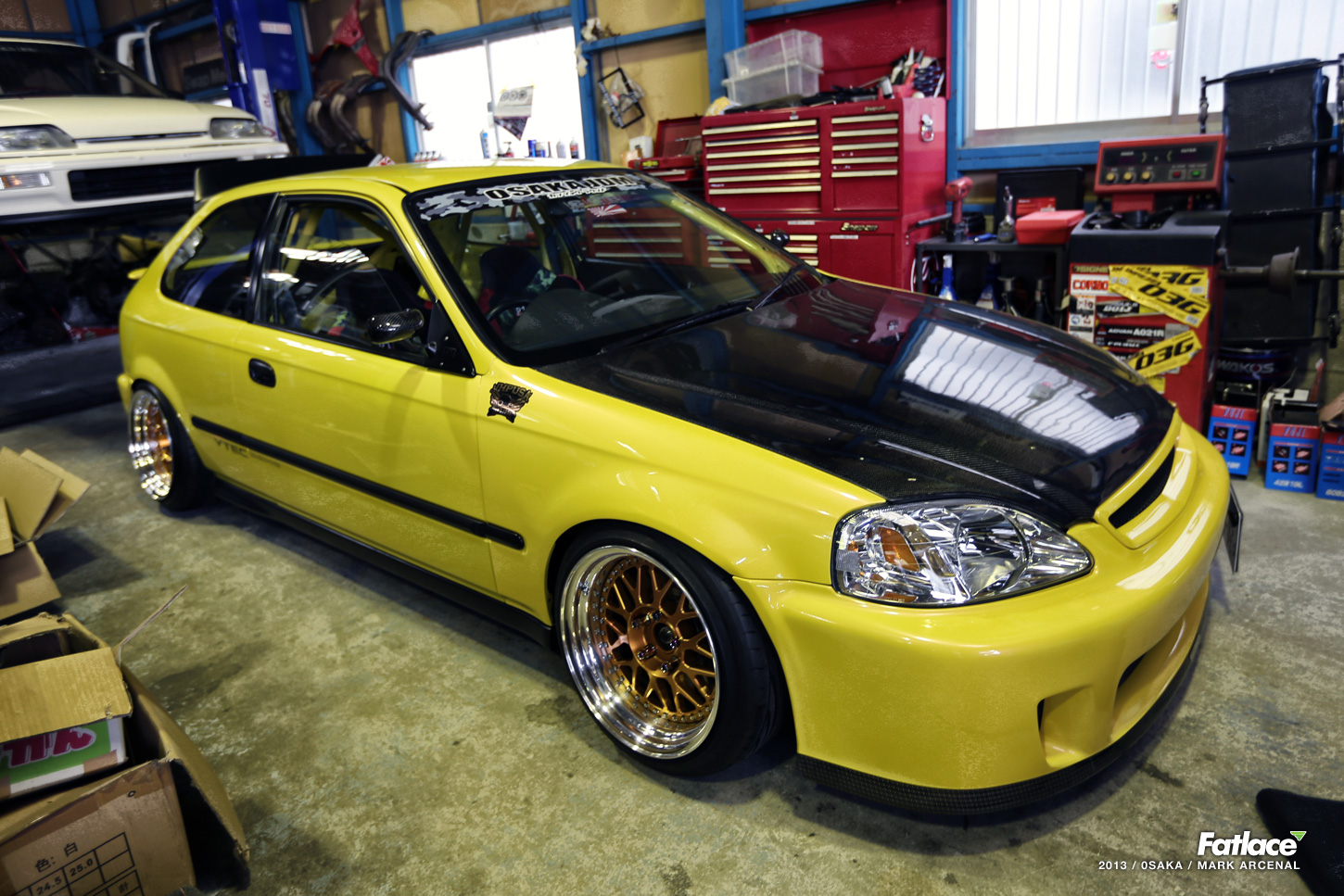 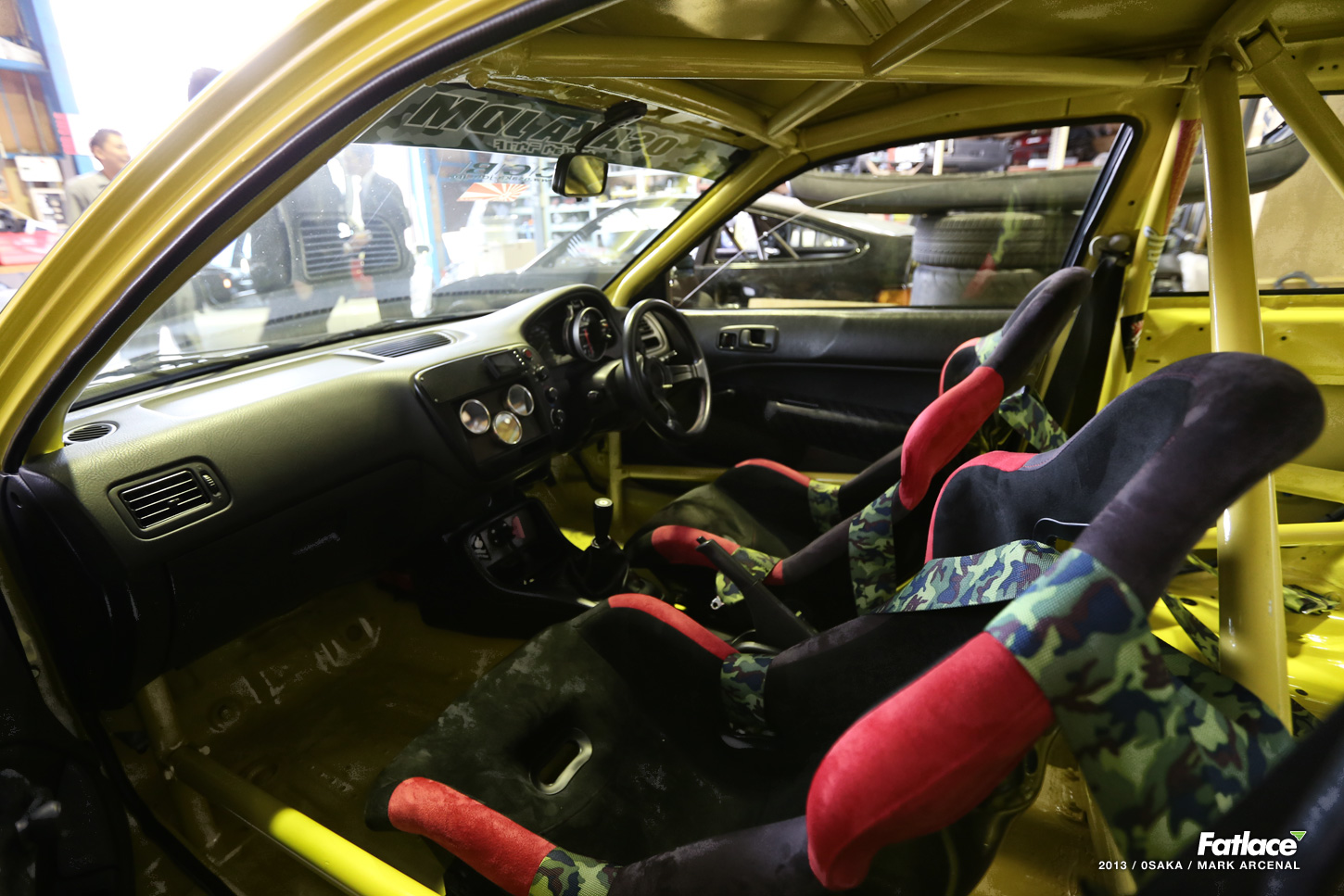 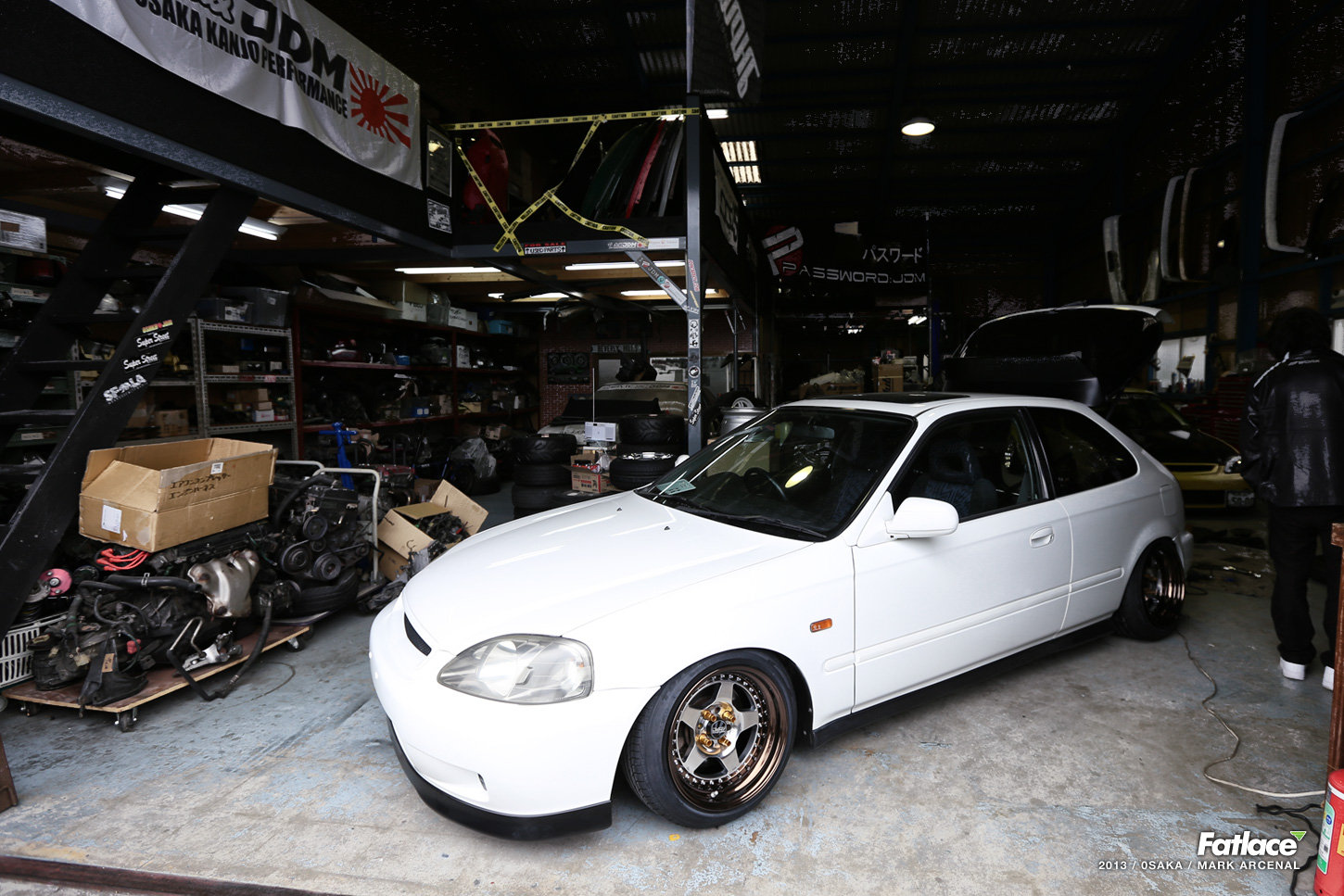 A customers EK Hatchback. Love those Loop5 wheels. These are their private label brand made by Work Wheels. Very nice. 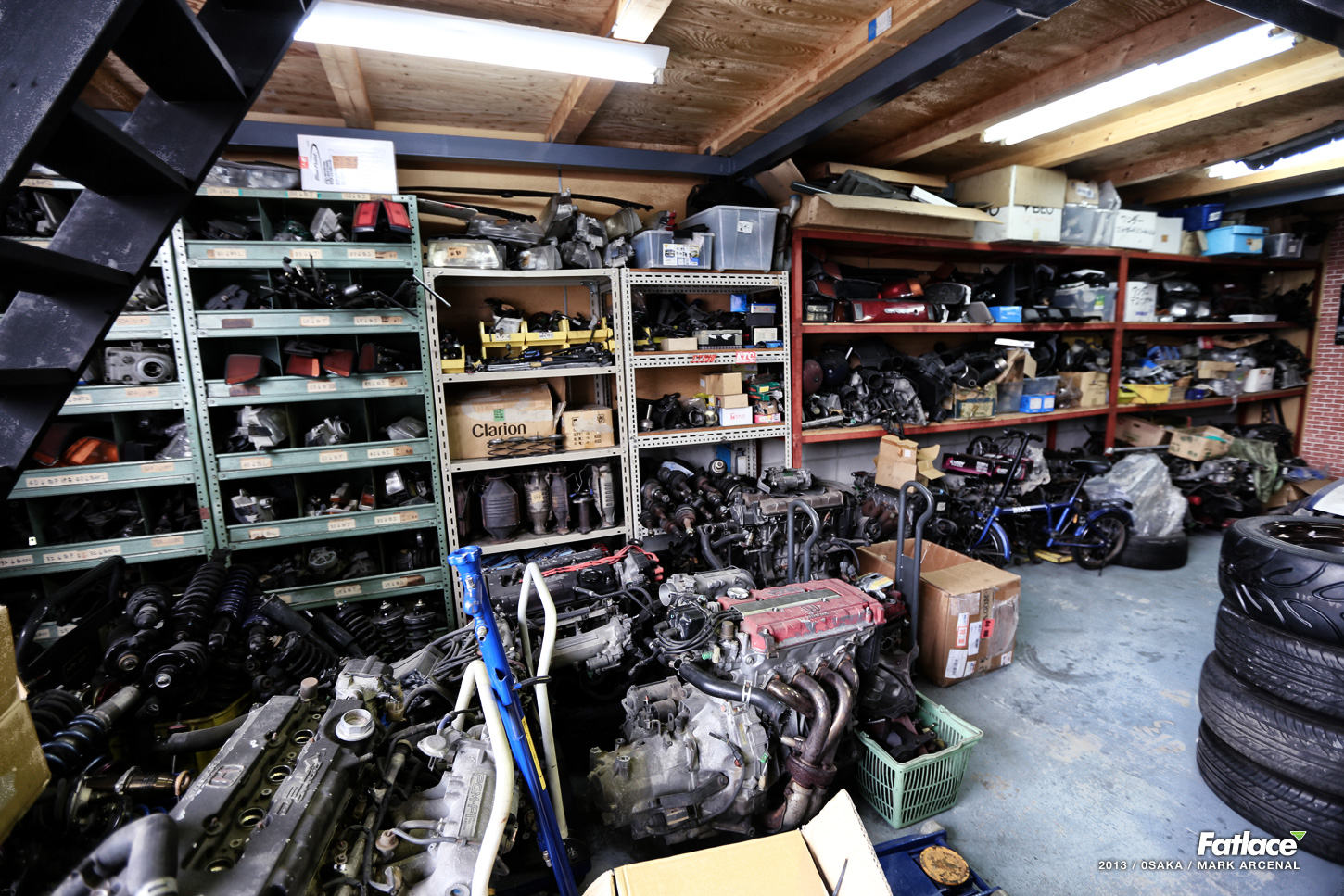 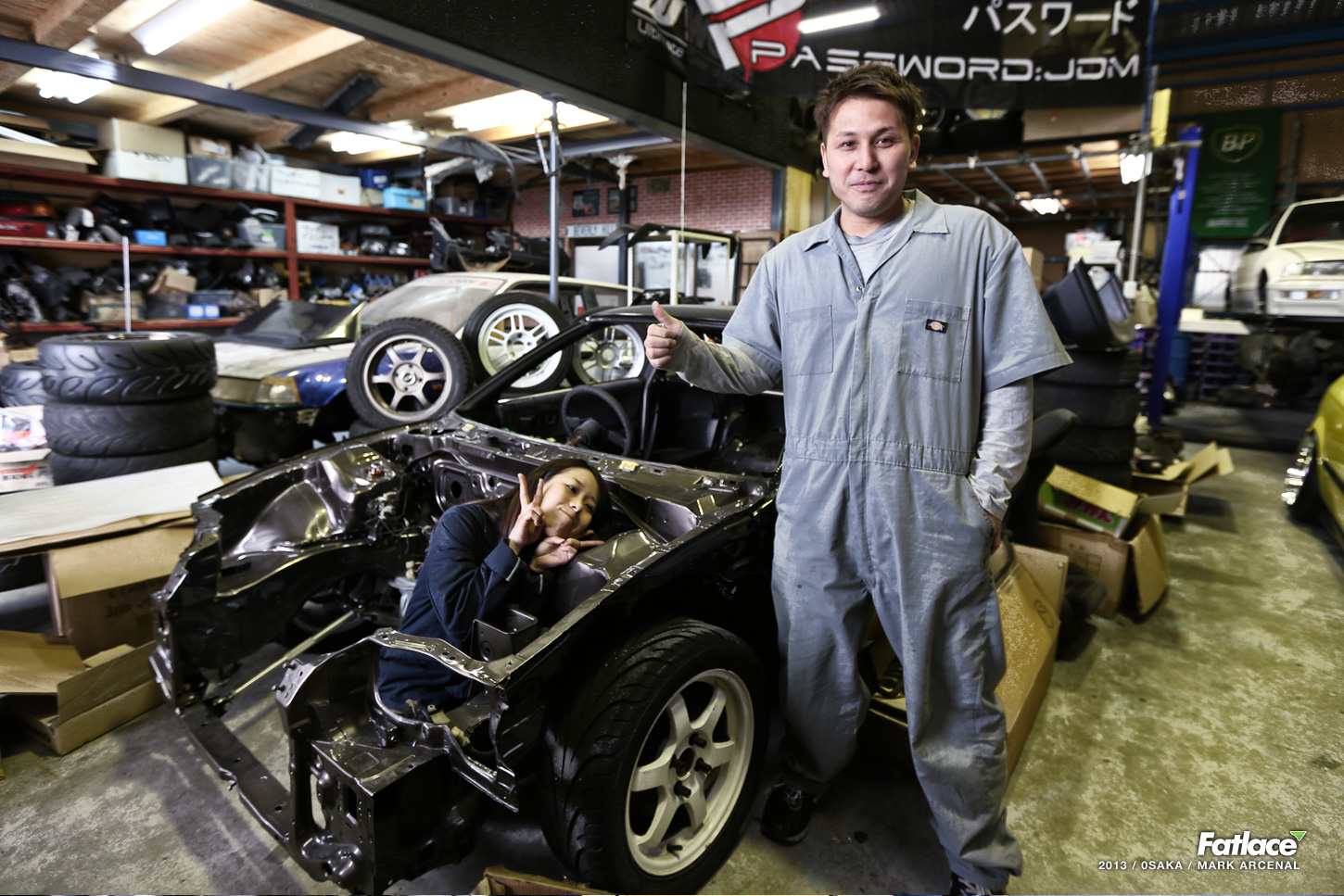 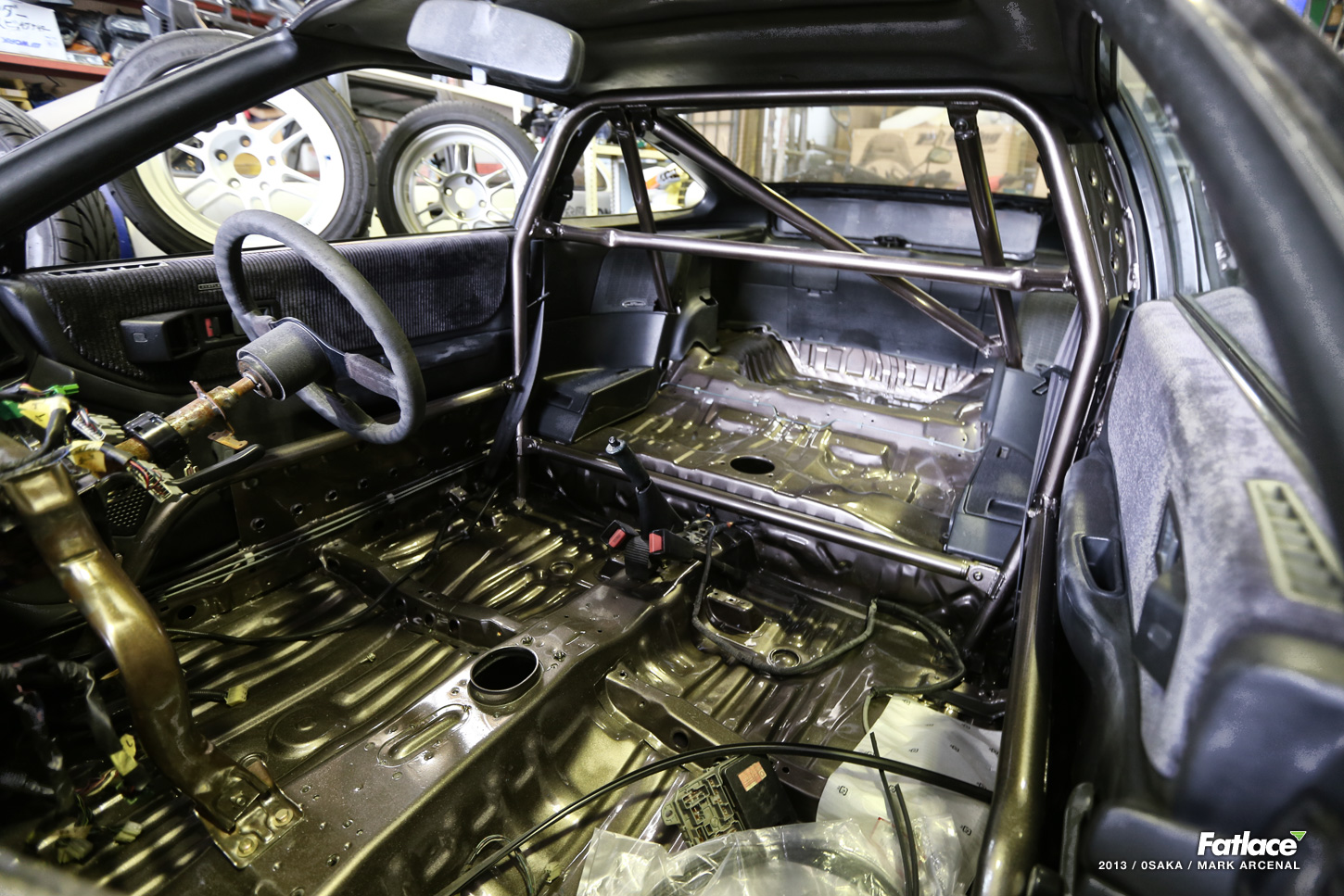 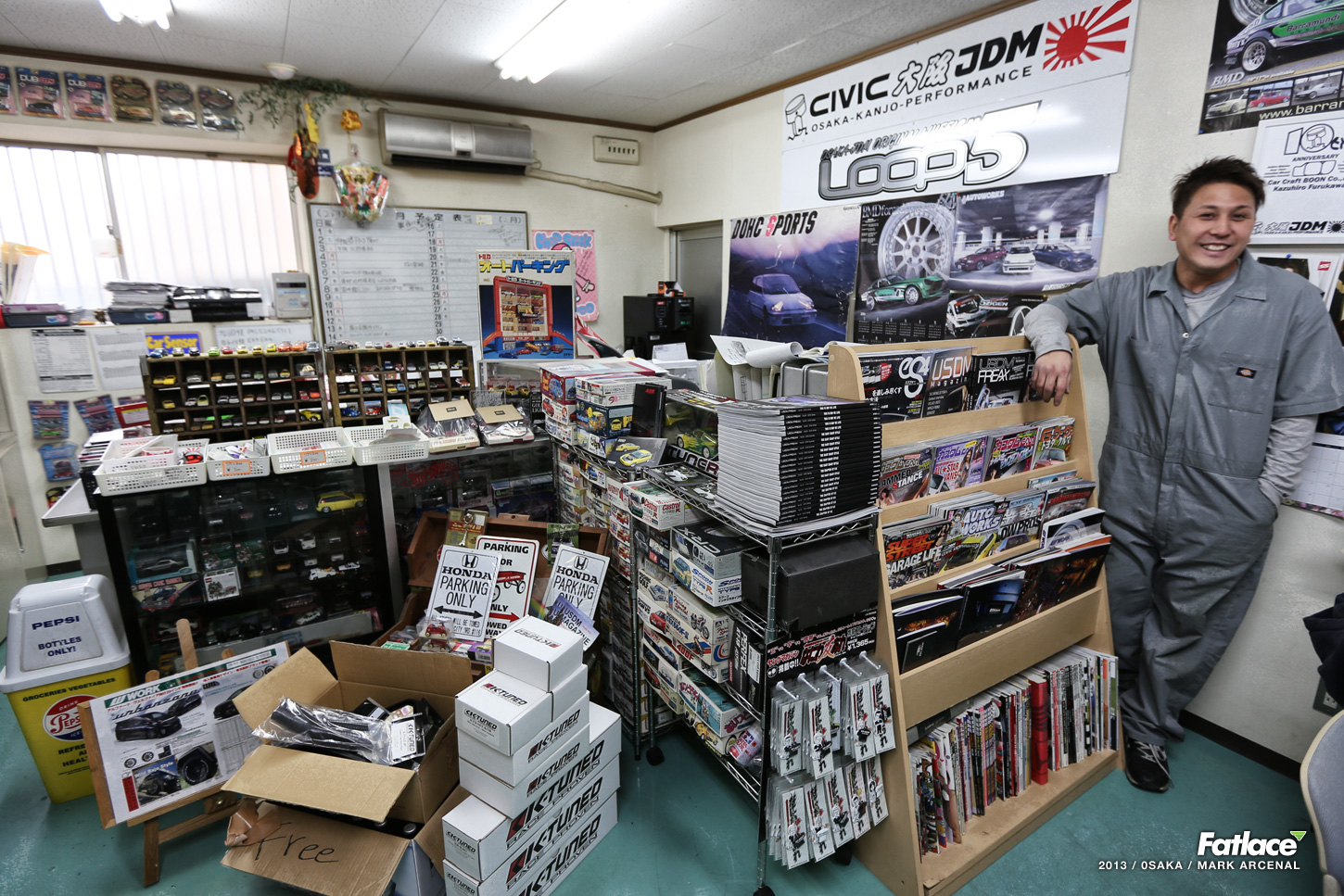 Inside the shop office was his collection of toys & magazines. 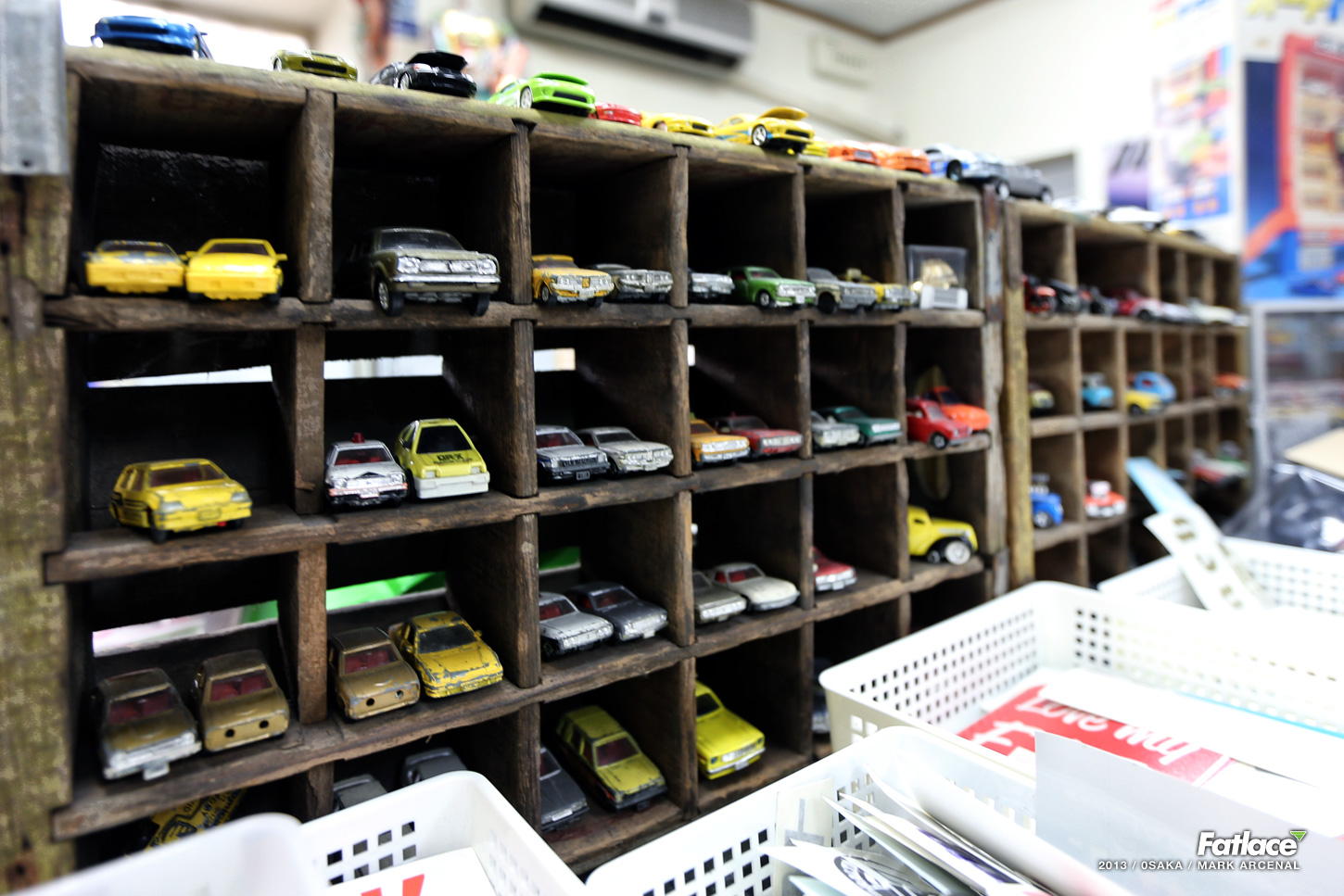 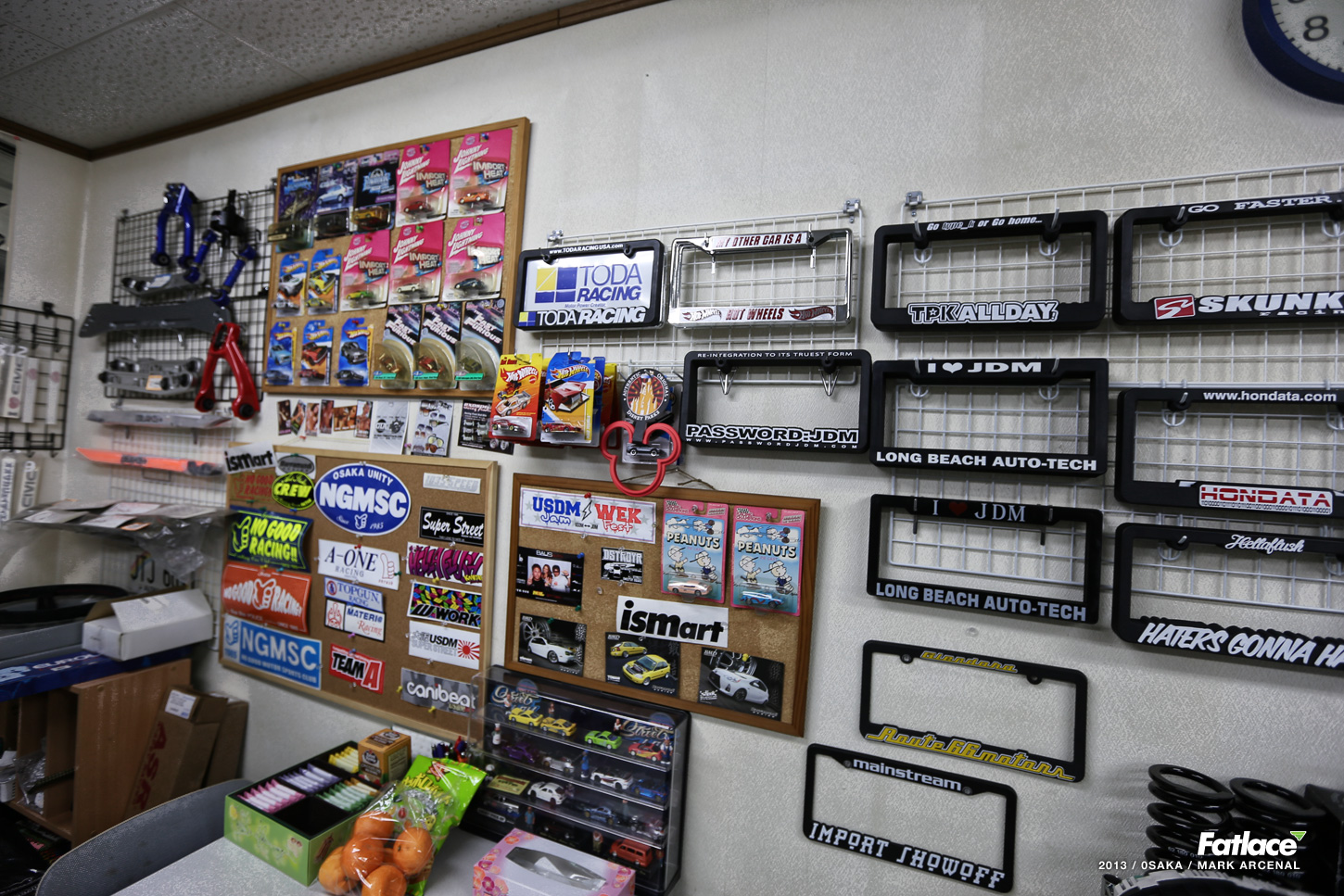 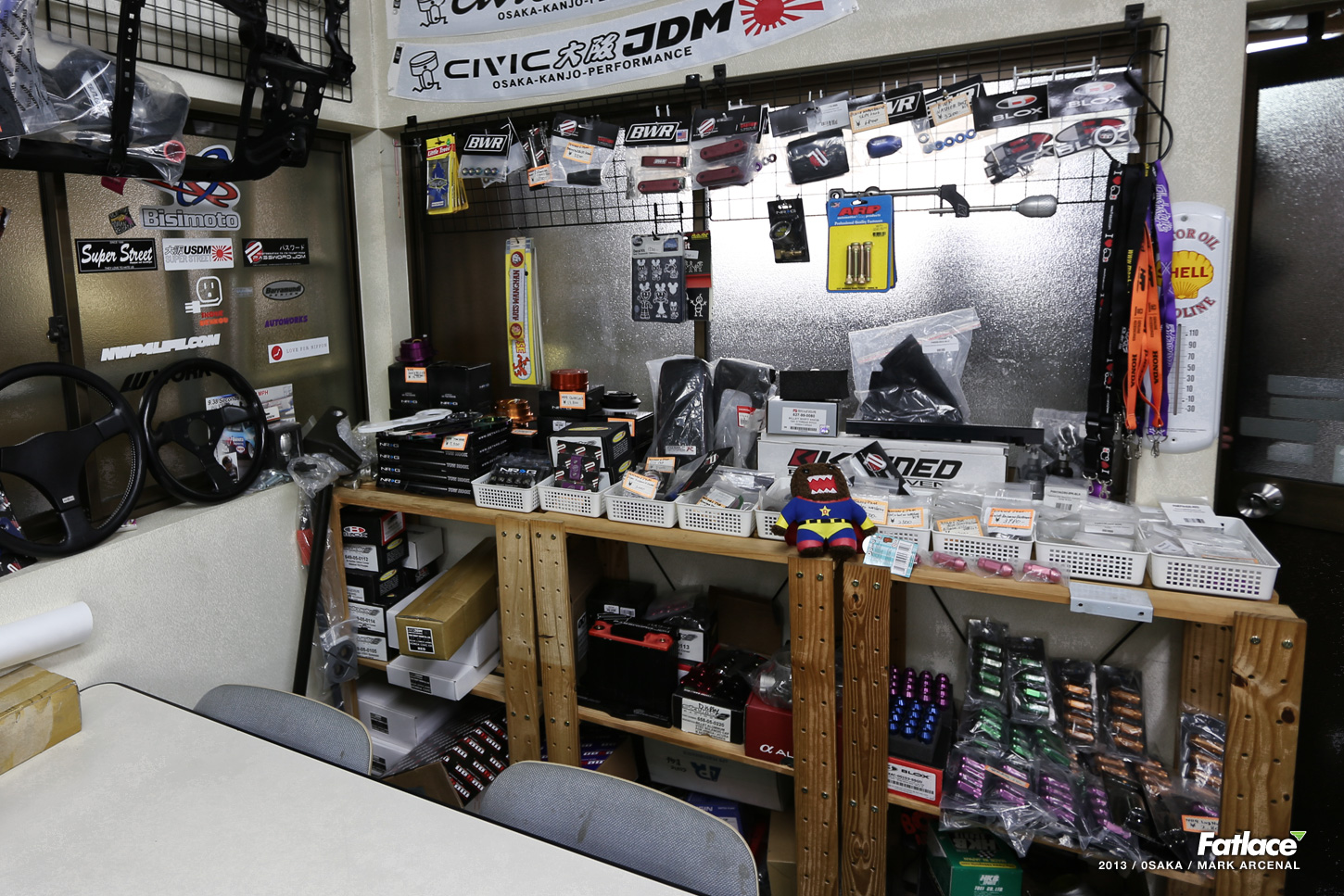 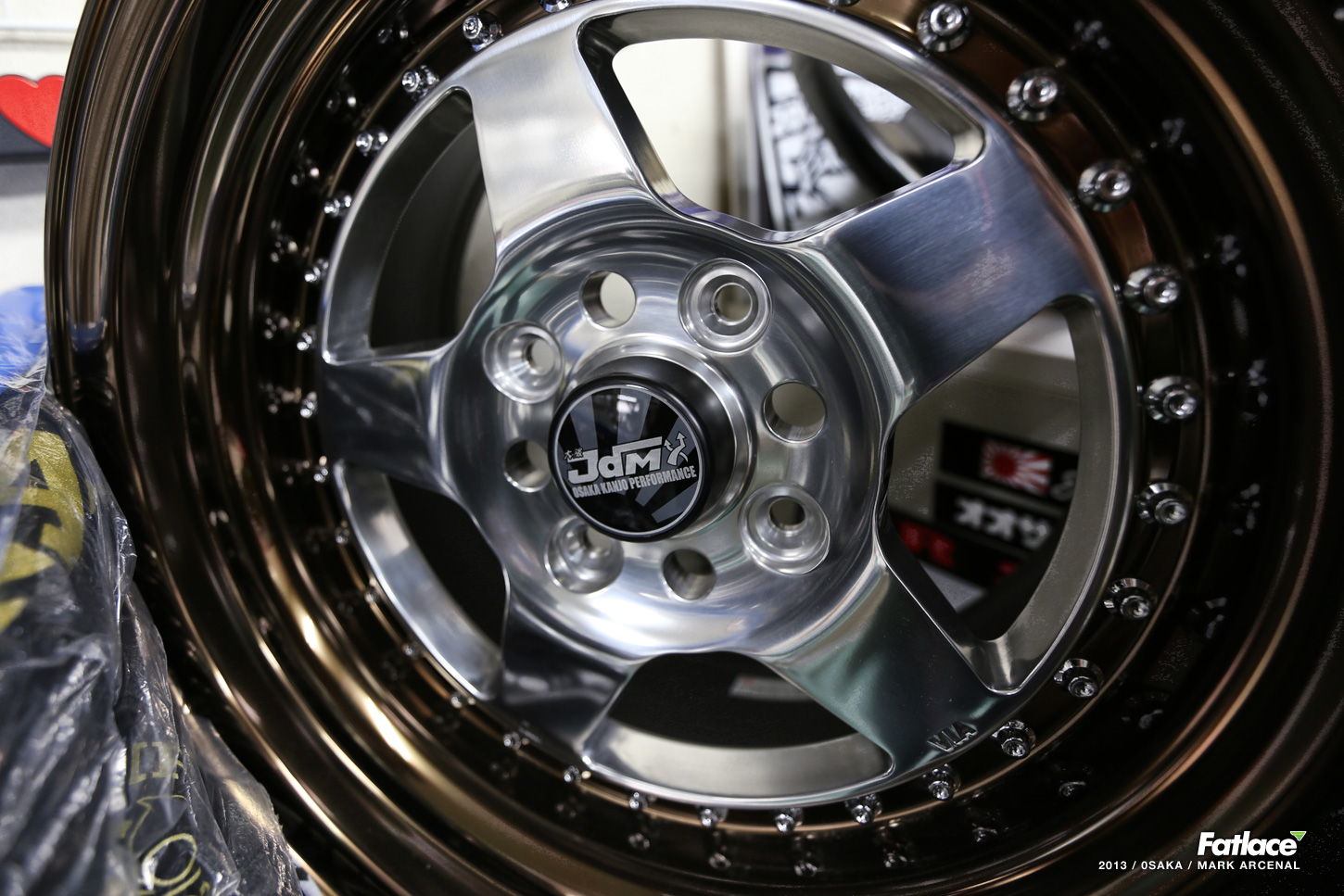 Close up of the Loop 5 / JDM Osaka Kanjo Wheel. 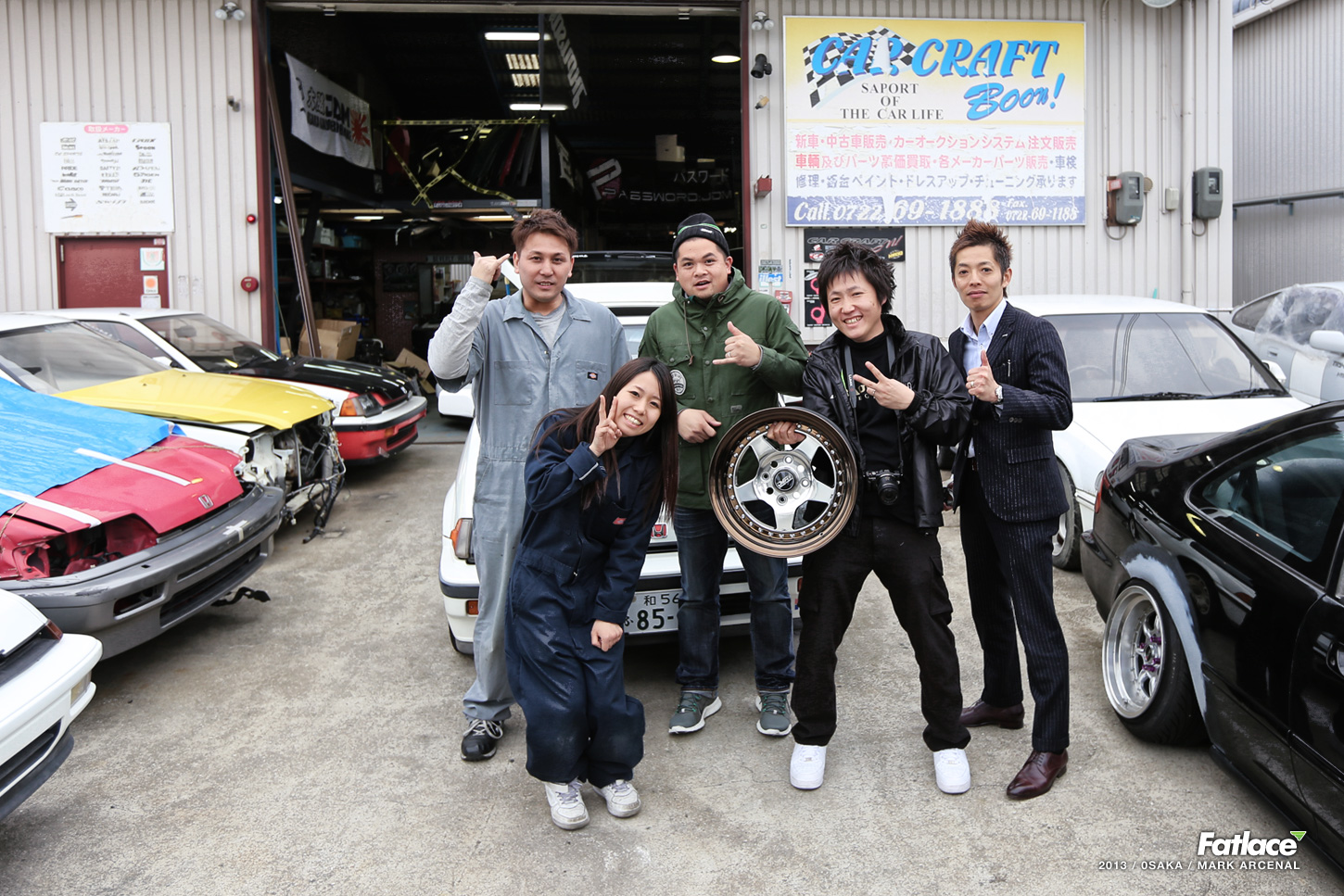 Group photo time with the guys from Work Wheels.

Also check Kazuhiro out as he takes a GTR in this recent race. Mind you, the GTR has 3x the HP his civic has. 🙂