Last month my family and I decided to take a spur of the moment vacation to Hawaii. My son is a competitive surfer and his dream was to go to Hawaii (Oahu) and witness the fury of Pipemasters on the Northshore. The final stop in the Vans Triple Crown of surfing. It turns out my wife is pregnant once again, (we are having a little girl) so one night in early November I opened an email in regard to The ASP World Tour and its upcoming event on the Northshore (Pipeline Masters), my wife was next to me at the kitchen table and I thought to myself, a trip to Hawaii would be awesome and I felt we deserved a few days away. At the same time I thought it would be wise because once the new baby gets here we’ll most likely not be able to get away or afford tickets for 5 especially to Hawaii. So we decided to book the trip with our travel agent and the rest is history. Two weeks in Oahu, so I did what anyone affiliated with Fatlace should do, I hit up Anthony Nguyen to see if he could offer any insight and/or recommendations. I have read Anthony’s posts and saw many of his photos, not only in his Stay Fresh Crew Blog but also his Instagram and thought if I were going to turn to anyone for info on this Island he would be the man. So I sent a message to Anthony through Facebook and explained my situation, told him where I was staying and that I would be in town for 2 weeks. He replied quickly and asked for my email address about one hour later I get another message from him and it stated, “check your email.” A few minutes later I saw the email and couldn’t believe my eyes, within 45 minutes he broke down the Island, events that were taking place, things to do, places to see,  where to eat, what to order, what was over rated, (from breakfast to dinner, from top of the island to the bottom, left,right, and everything in between this dude had us in the know), and for this my family and I are extremely grateful. Looking back I don’t know what we would have done without that information. You might have seen some of the pics on my instagram page. The email ended with once you guys, get settled let me know and I will pick you up one afternoon and we will hit the town for few. I’ll introduce you to the people at the Illest store and I’ll show you my hood! BOOM…it was on! So if you don’t mind I would like to take you on a visual tour of my day with a dude who barely knew me at first but also a dude who by the end of the day, I felt like I knew forever…and then some! @YAEANTHO 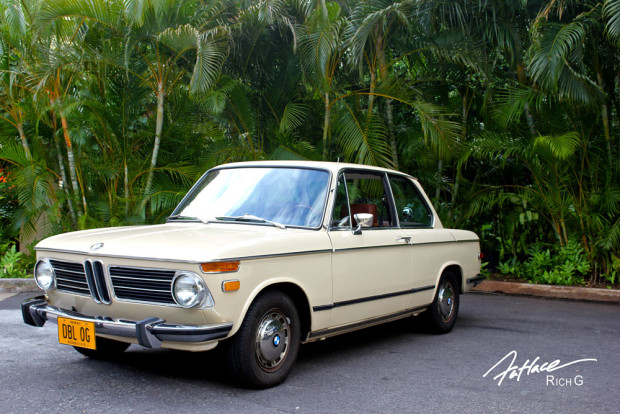 …and then he showed up at The Hilton in his 2002 DBL OG sitting something special with all those palms and the main lobby setting the backdrop. Back-up shoes on the whip but, didn’t matter, it was clean, vintage, and rode smooth. There is something really special about the way people value their cars in Hawaii. Most are detailed, fitted, & sound hella-good, I respect that. We took off for the store… 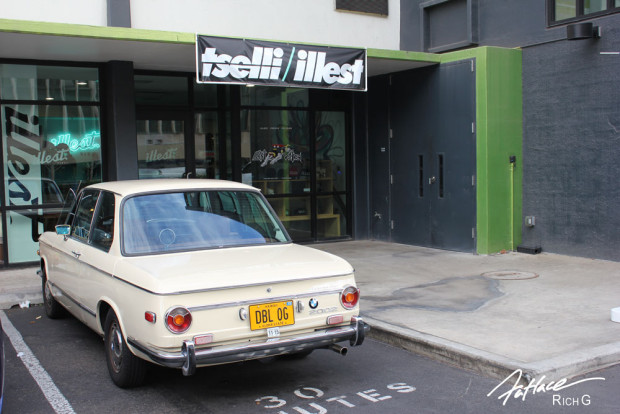 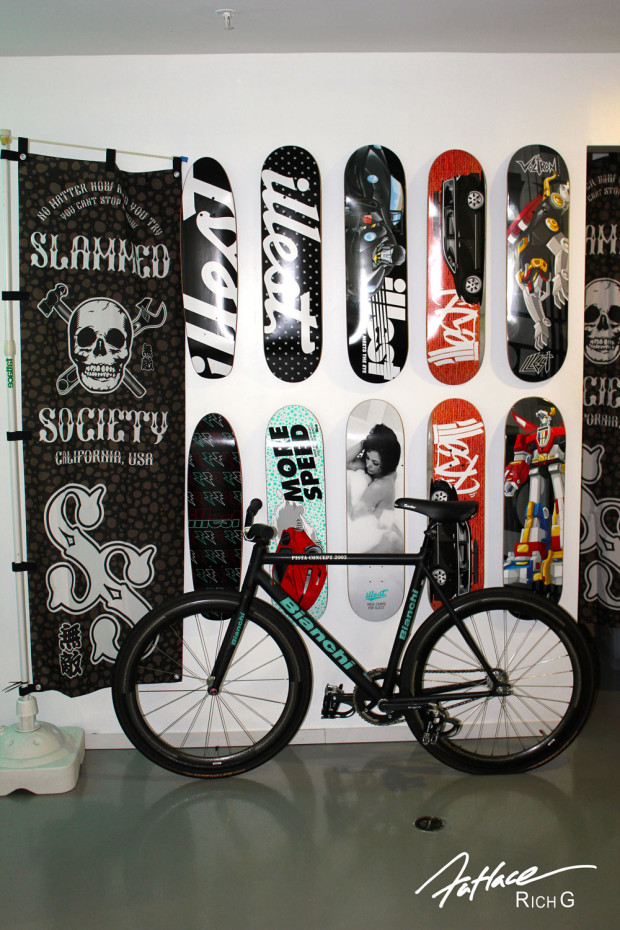 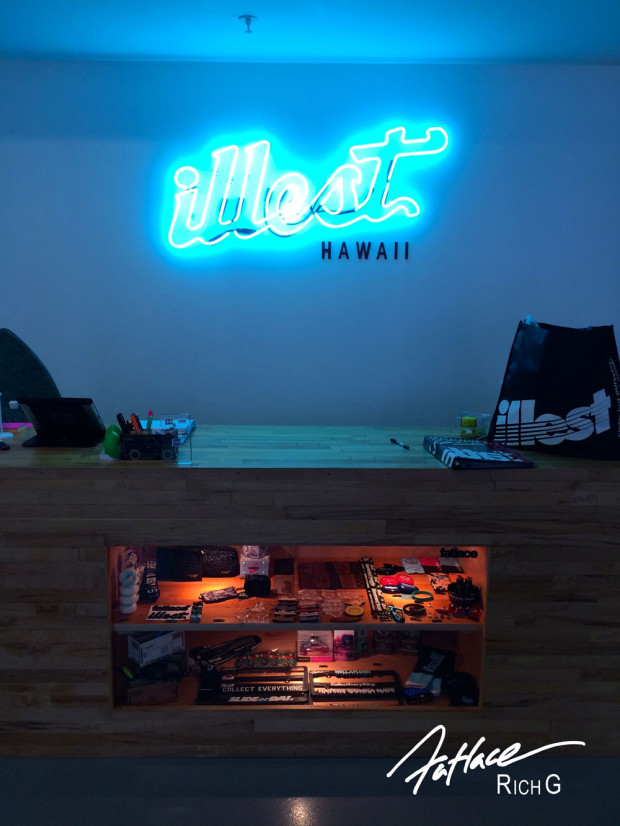 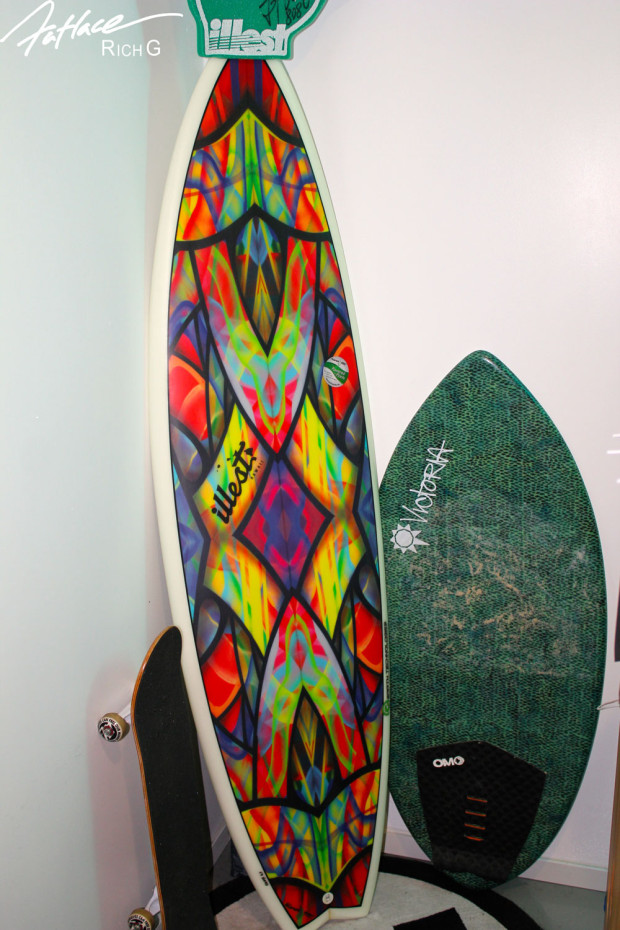 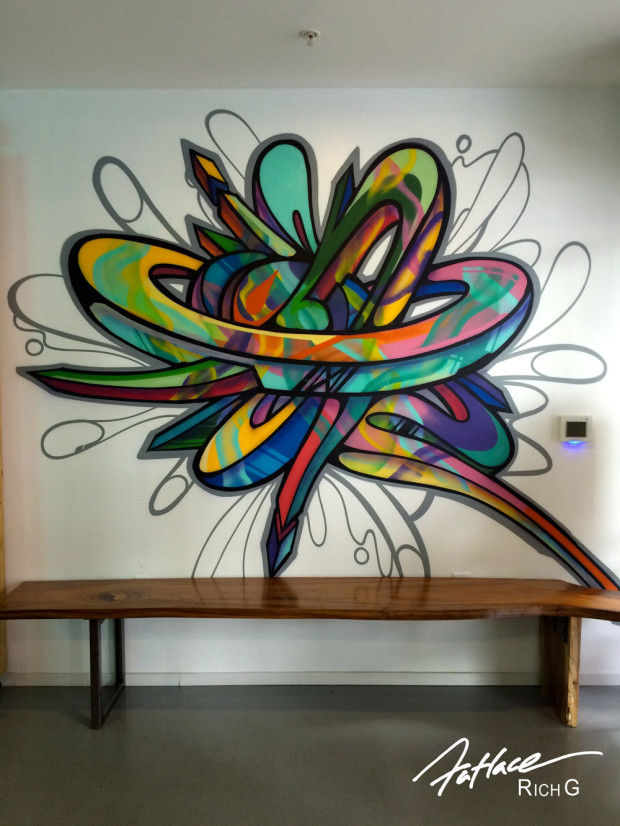 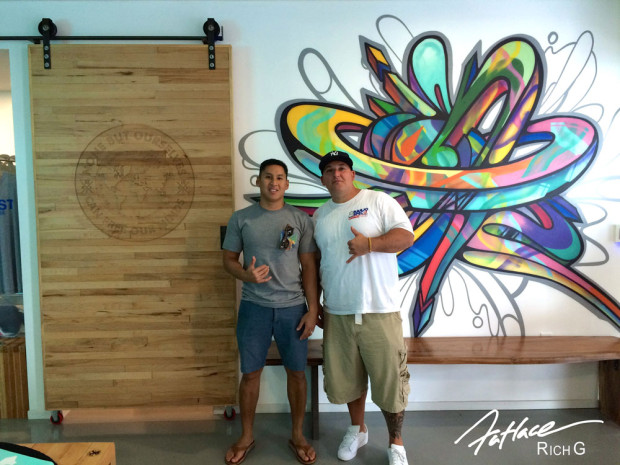 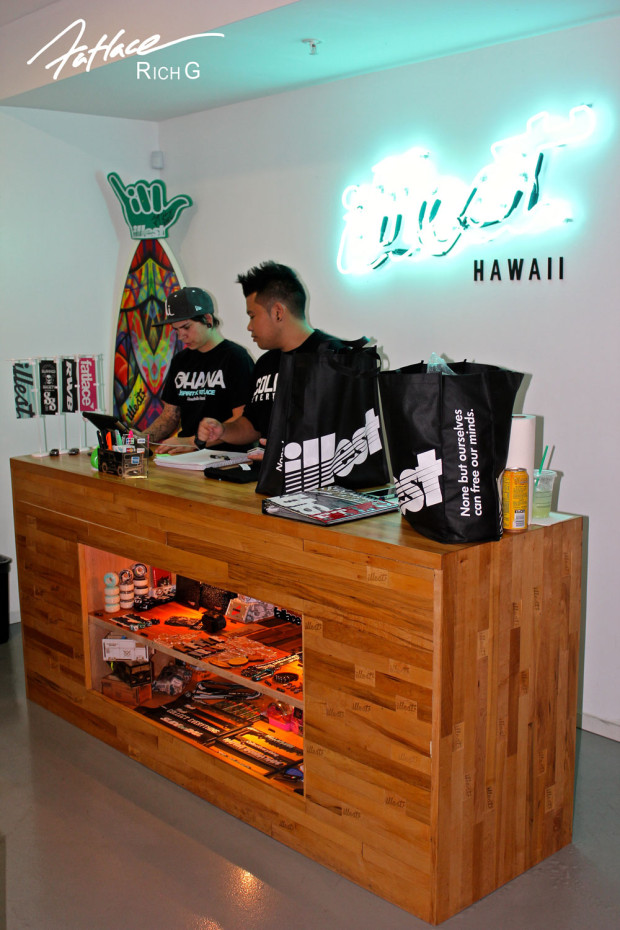 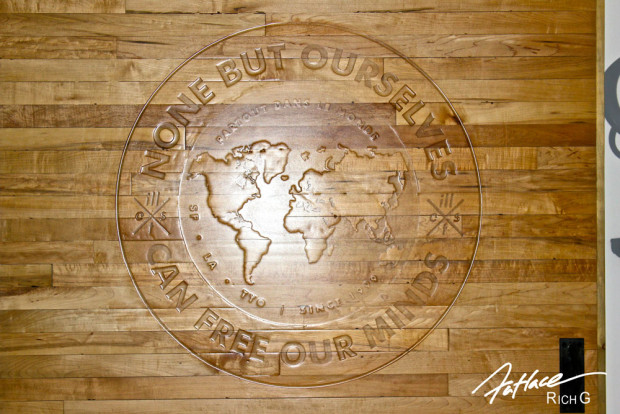 After that we hit the streets of Kaka’ako, where I learned a lot about the culture, the Wall Art scene, we hit some street wear spots, & had lunch at Hank’s Haute Dogs!  Once a year they invite artists from all over the globe, walls are donated, and that artist is given the canvas to do anything unique! Imagine a place where graffiti isn’t hated, but more-so…celebrated! The haute dog was banging and I caught a little slack from the boss at Hank’s who was originally from Chicago (White Sox fan), I was wearing a Yankee hat, go figure. He seemed to like our NJ Governor Chris Christie and gave us a nice discount after we told him what we were up to! When in Hawaii go with the Hawaiian (Portugese sausage, mango, mustard, and pineapple relish), this may actually be what I miss most about that day! 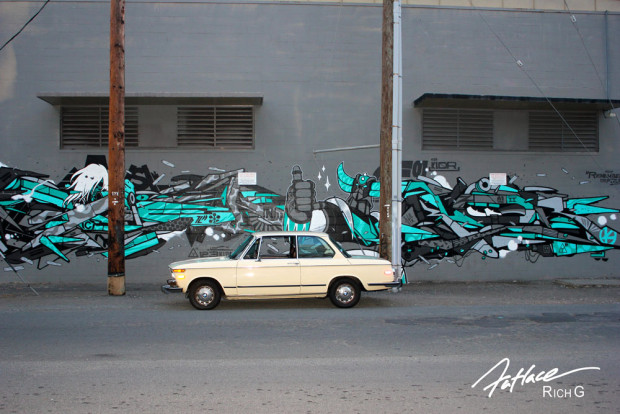 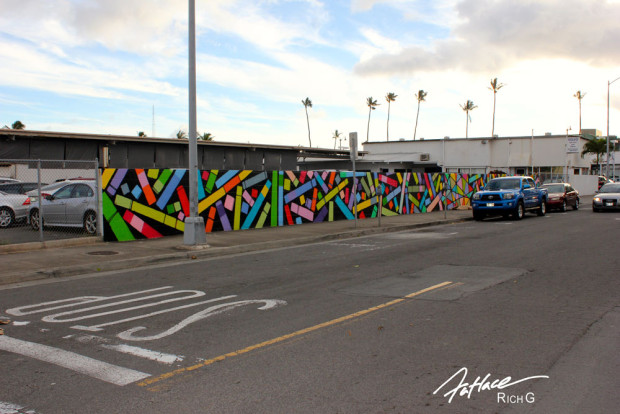 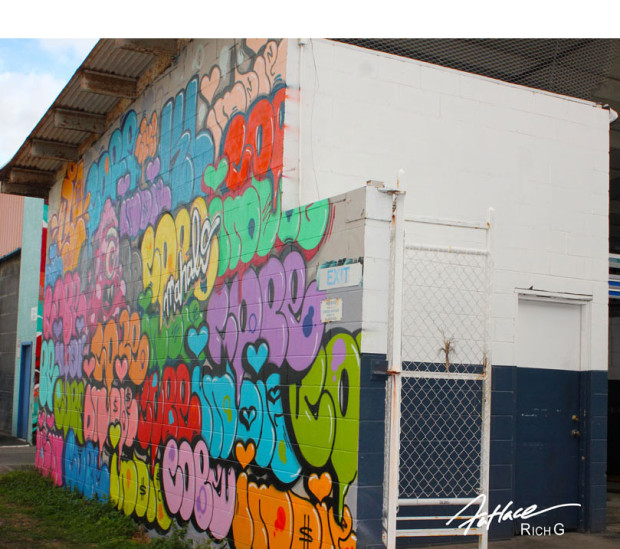 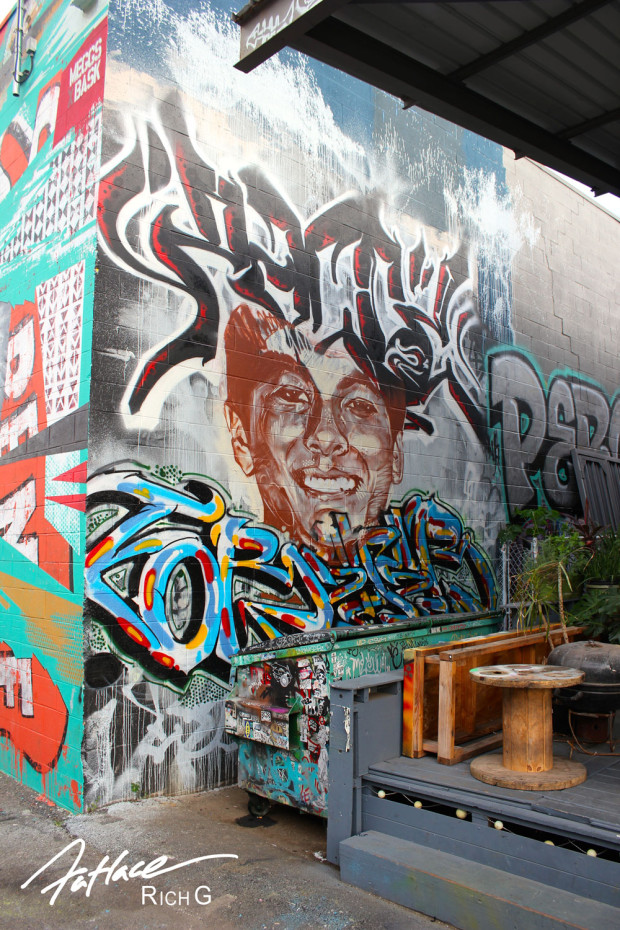 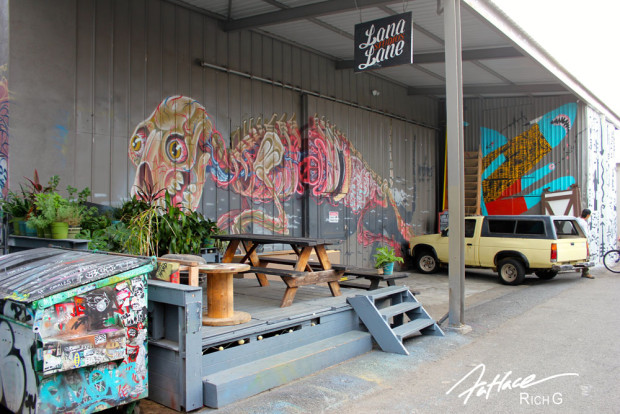 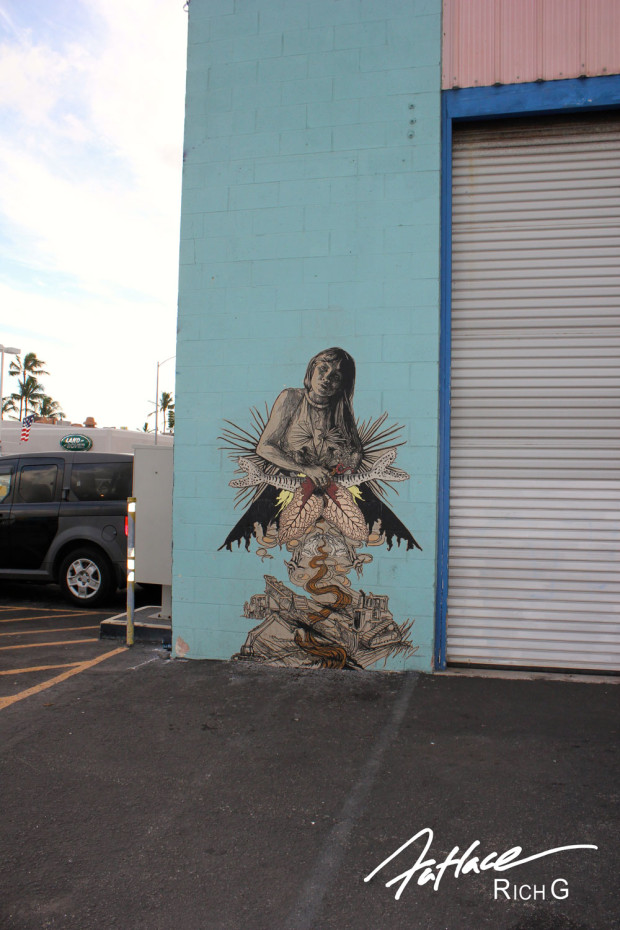 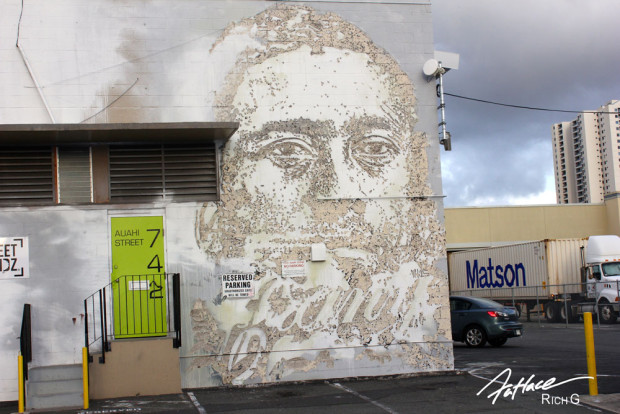 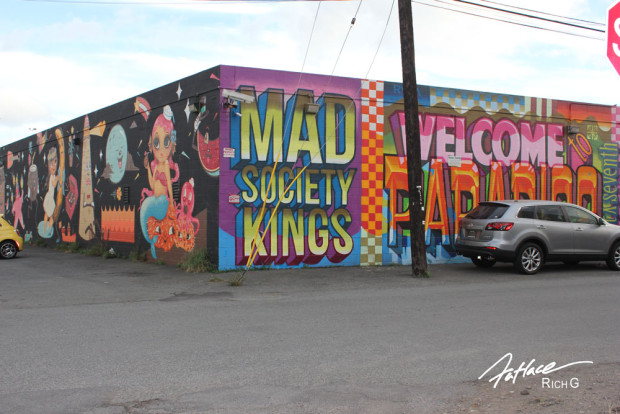 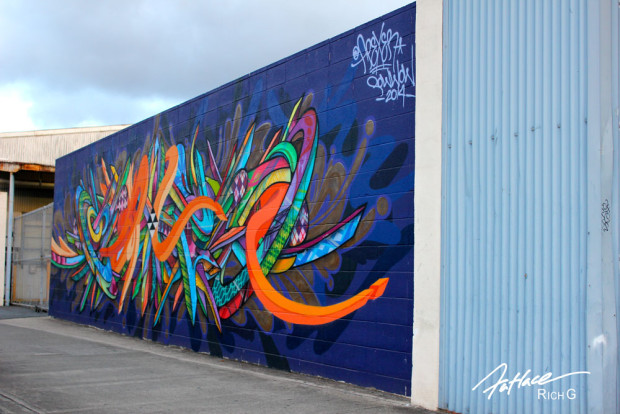 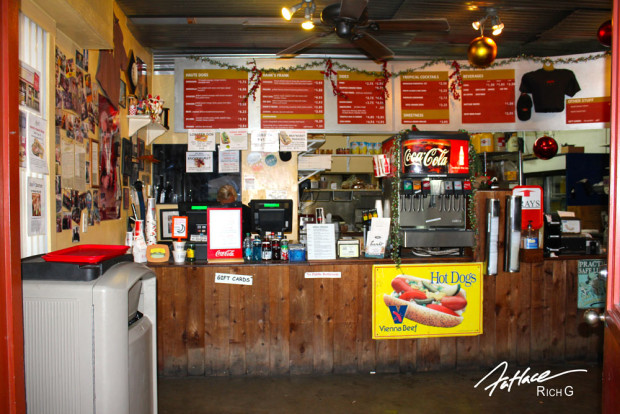 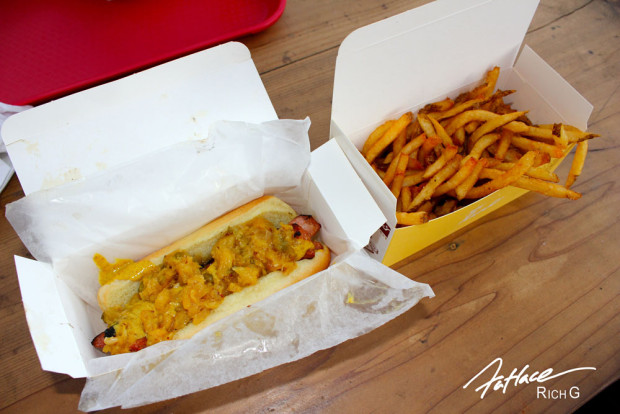 As for our trip to Pipeline, I will submit another post soon but in the meantime. I really wanted to express my gratitude to Anthony and also let him know, he was quite the catalyst in helping me create one of the best vacations which my family will remember for a lifetime. Rumor has it he will soon be relocating to Oregon, which coincidentally is another stop for The ASP World Tour so there is a good chance he will be seeing us in that neck of the woods next year! …as they say in Hawaii “MAHALO”

by the end of the day I had collected quite a bit of merchandise! ~GOODTIMES