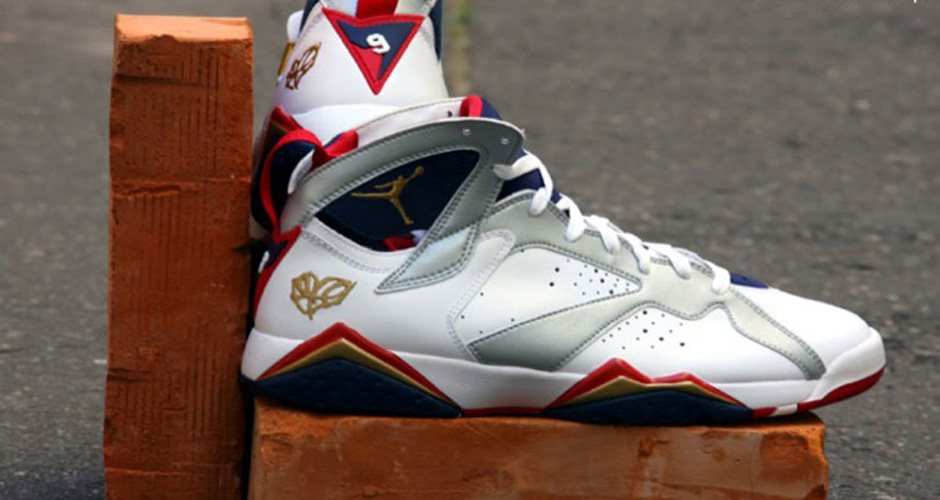 You probably weren’t expecting to see the return of the “Olympic” Air Jordan Retro 7 this year. Unlike a lot of the other big Jordan Retro releases, there wasn’t a whole lot of buzz about this release until recently. Over the last couple weeks, we’ve heard rumblings about an “Olympic” 7 release, but we now have a little visual evidence. However, there’s an added twist to the 2010 version that separates it from its 1992 and 2004 predecessors. The shoe itself is almost an identical replica of the 2004 Retro. White leather works with metallic silver on the upper. Navy and true red accents fill in the toe, upper ankle, inner liner, and heel. Metallic gold hits branding on the tongue and heel, as well as the metal lace tips. What you may notice is the addition of the Jordan “For The Love Of The Game” logo on the lateral heel. This pair is expected to drop in Japan on August 7th, prior to the World Basketball Festival in New York City. Don’t be surprised if Jordan athletes Dwyane Wade and Chris Paul wear these on and/or off the court during the FIBA World Championships later this year. A limited supply is expected to release to the public, though the specifics of that drop are not yet known. 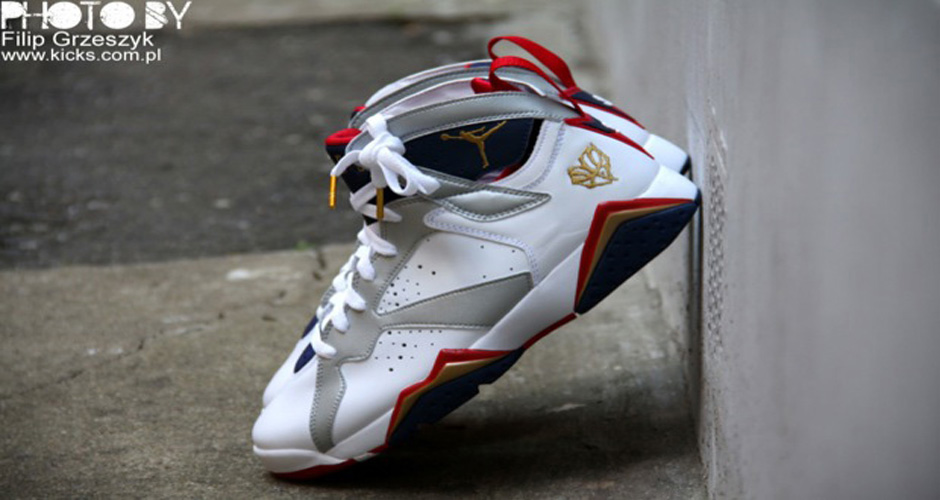 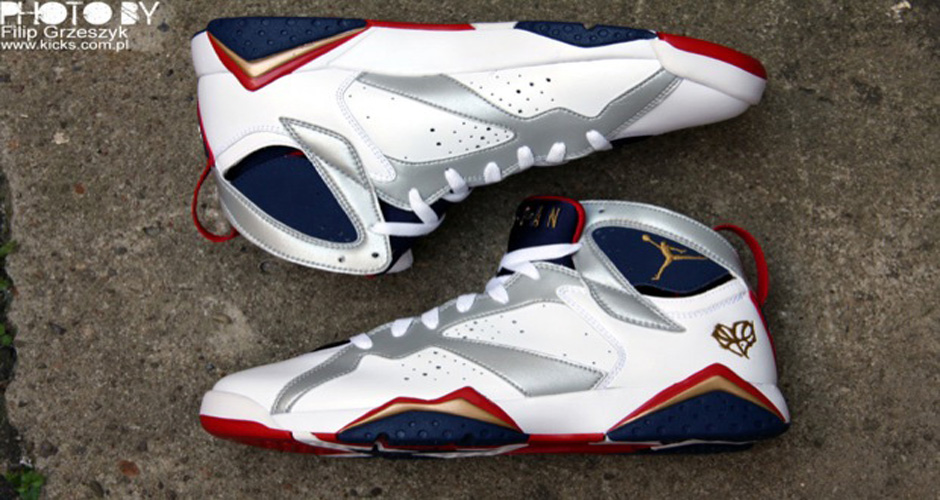 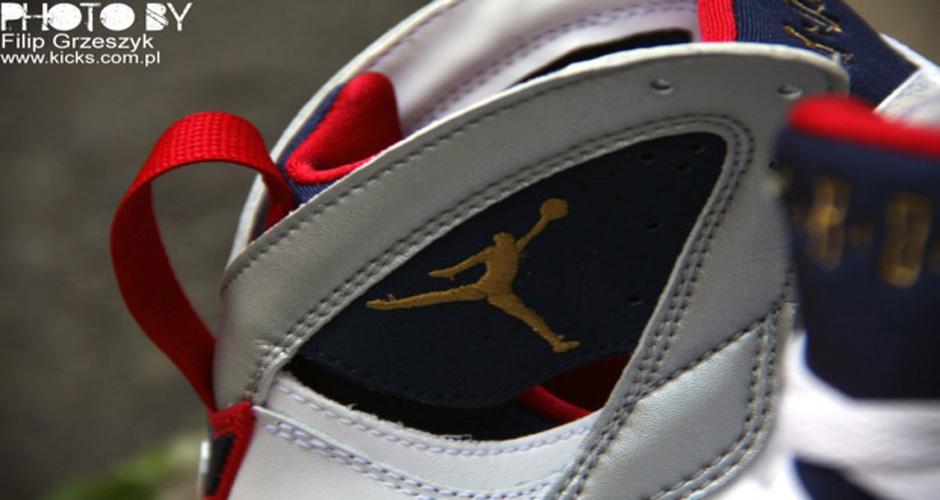 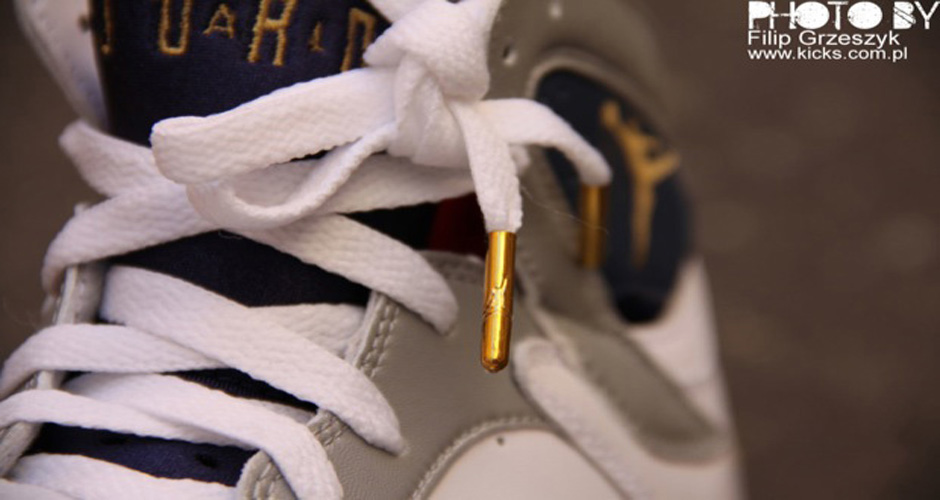 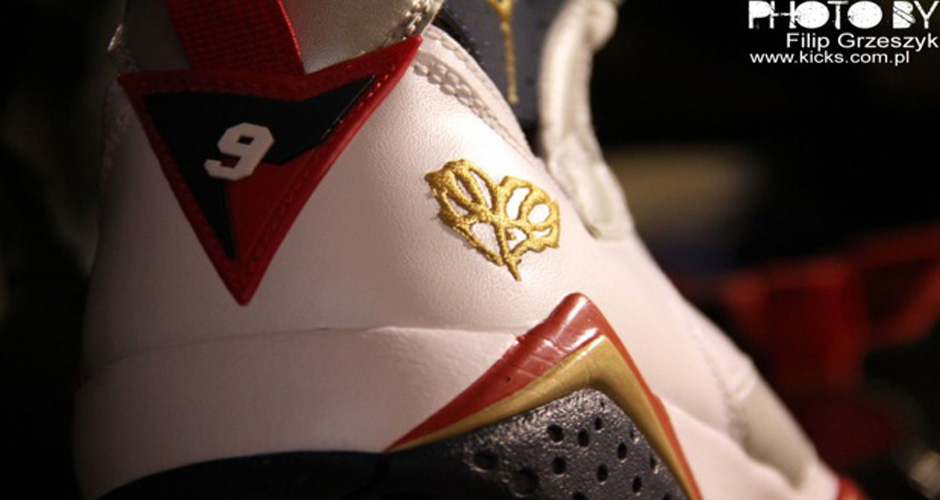 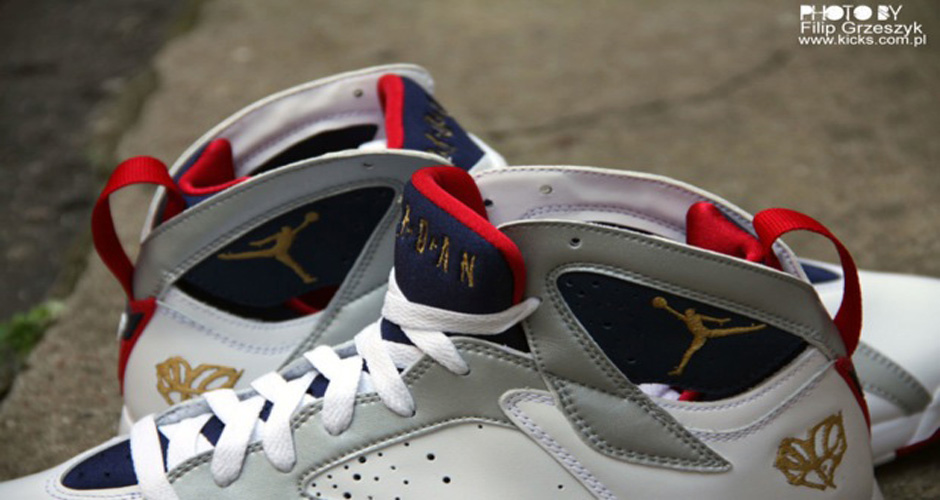