Here’s another Audi but on a whole different level. Here’s the all new R18 coupe which was introduced last friday at Ingolstadt, Germany at Audi Headquarters. 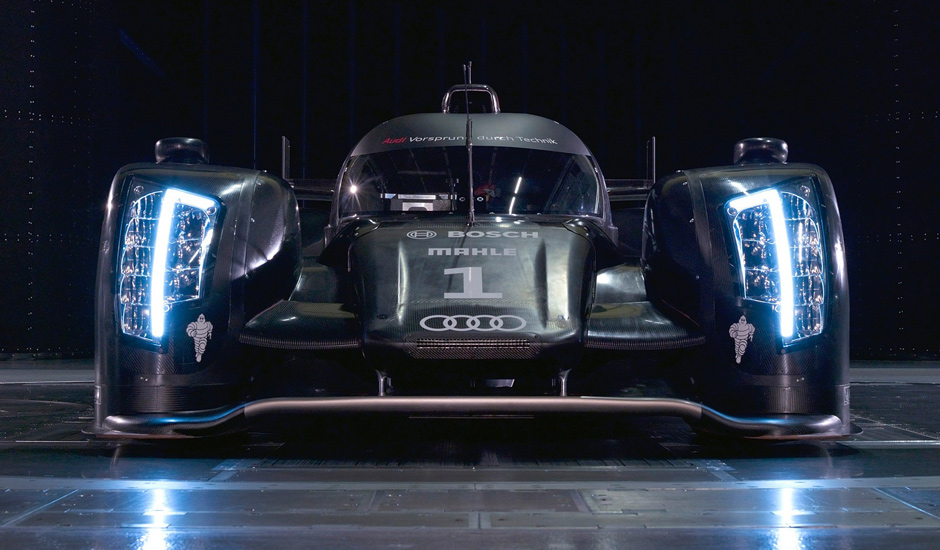 The turbodiesel-powered car is a coupe, ending the run of open-cockpit Audi machines that have been the dominant cars in major sports-car racing for a decade.

Audi Motorsport Director Dr. Wolfgang Ullrich cited rules changes and their effect on competitiveness as the reason for the switch. Peugeot, which has come on to challenge Audi with its own diesel-powered machine, has employed a coupe body design.

“The rules mean you have to have a roof to be competitive,” Ulrich said. “Driver changes are always easier with open cars, but the (rules) changes have taken that away.”

Audi has enjoyed an unprecedented domination in world sports-car competition, winning the 24 Hours of Le Mans nine times since 2000. The gasoline-fueled R8 won five out of six years from 2000 through 2005, interrupted by a Bentley victory in 2008, and the R10 TDI had a three-year run before Peugeot’s victory in 2009.

Audi reclaimed the championship this year with the new R15.

The R18, with its 3.7-liter six-cylinder engine, will undergo extensive testing before debuting in the opening round of the Intercontinental Le Mans Cup at Spa, Belgium, in May.