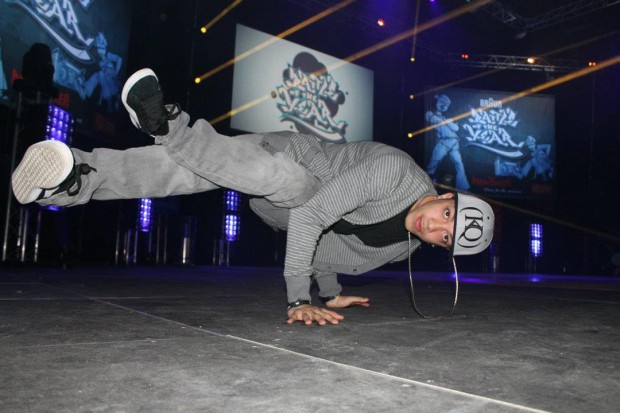 El Nino: First off much respect to you East, you are a humble and dope brotha as well, and i admire your artwork bro, real fresh.
East3: Mahalo Nui we are students of the culture! 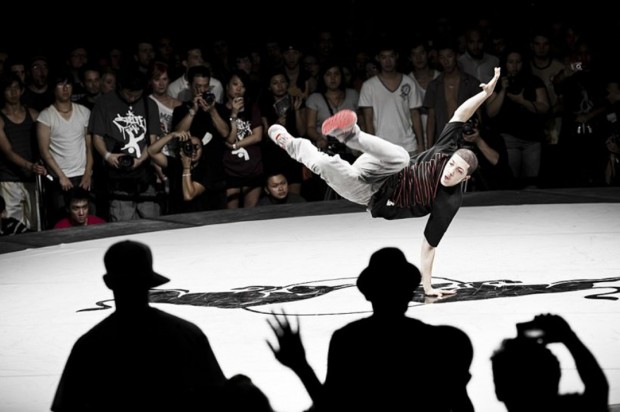 East3:  First of I gotta say El Niño is one cool and humble brotha!  We got a chance to kick it here on Oahu, Hawaii and in Dubai as well. Break down a little about your self and where you represent?
El Nino: Well i was born and raised in Boston, I represent “Floor Lords Crew” and “Boogie Brats” and I’ve been bboying for about 17 years now.
East3:  Describe the moment you became aware of Hip Hop and decided this is the lifestyle you wanted to be a part of?
El Nino:  Hip Hop is my culture and Bboying is my passion, I’ve always been surrounded by Og’s in the game and i kinda learned from them to stay humble and respect the culture and the culture will respect you back.
East3: Truth! 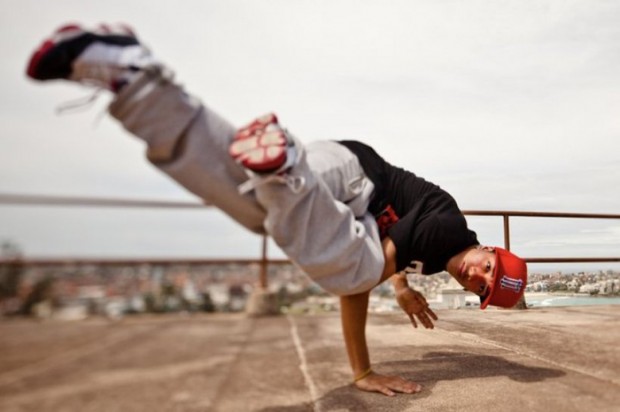 East3: Who are your greatest inspirations and mentors in Hip Hop that have inspired you to elevate and advance Breaking?
El Nino: I pretty much became aware of Hip Hop from my uncles Leanski and Noz. They were a big influence on me and my siblings, they raised us with integrity and we looked up to them a lot. They were into all the elements as well, my uncles deejayed, breaked, did a little bit of Writing as well, and even spitting a little bit as well. They helped create our bboy crew in 1981 and the generations continued from there and we continue to try to spread the knowledge and learn more knowledge on Hip Hop and keep it in a positive light. I also learned a lot going to the jams and picking the brains of the people i look up to. 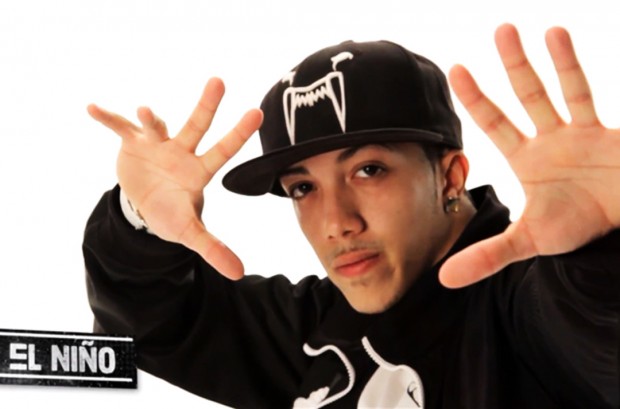 East3: Would you consider your style to represent where your from (Boston)?  Can you define what makes your style unique?
El Nino: I would say of course, my Uncles Leanski and Noz and all of my crew and family members that break and are hip hop heads in general. Incredible breakers of course, Crazy legs, Ken swift, Ivan, Incredible Josh, Quick Step, Paulskee, Cros 1, Kamel etc. this list goes on and on lol
East3: Can you describe how it feels to battle on a global scale?  How do you strategize to battle against different countries that have different styles?
El Nino: Well i like the fact that Hip Hop culture embraces originality and so i like my style to be very different from others. I think i try to give the whole package while at the same time,
staying true to the foundation and also throwing out those impressive moves that everyone wants to see. The only thing i change about my battling is i try not to battle the person in what they are good at, because that put them in a position where they are controlling the momentum of a battle. Instead i do what they are good at and also what i am good at, to sway the judges, so they can see who is the more complete dancer. Other than that i just do me, have fun and enjoy the position god has blessed me with. 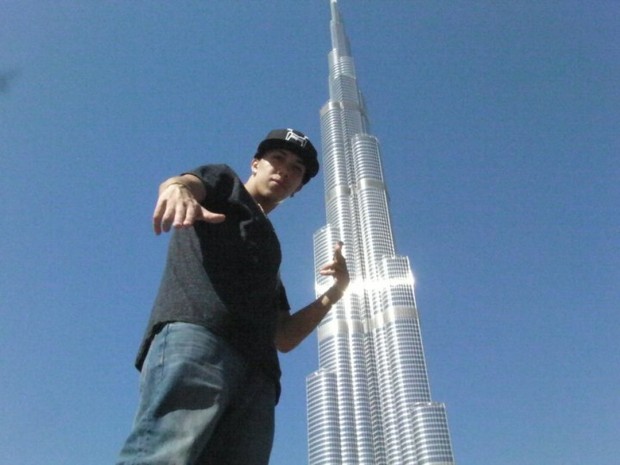 East3: How do you feel about the bboy/bgirl scene as a whole (cypher, events, music and style)?
El Nino: The bboy/bgirl scene as a whole has been getting better, we have some places where there is better support than others, but we continue to keep striving because people need this dance. This dance gives a lot of people a sense of identity and a lot of times makes people feel like they are part of a big family, and that feels a void for a lot of people. This is a dance of upliftment and i think as of now we are doing a better job of making sure it doesn’t change. We are educating more with more workshops, and promoters are starting to understand a little bit more, how important quality is over quantity and if we keep moving in this direction i think things can only get better for us as a whole.
East3: I know you are in the cyphers and well as the competitions, can you break down the the difference between the 2 ways of dancing?
El Nino: The difference between a competition and a cypher is that a cypher is where u are supposed to just vibe out with other people and enjoy the music and let the music move you completely and have fun.
In a cypher anyone can call you out, theres no rules, if 5 people want to call you out in a cypher they can lol. if you don’t battle your pretty much considered a punk. so a cypher is basically another zone, a competition is
different because you are set up with people to battle, your usually put under pressure and it is a little less enjoyable because some people just want to dance, but you have to be able to dance and compete at a high level
and make sure you don’t mess up. I like challenging myself so i don’t mind comps or cyphers, my track record is long enough for me to feel comfortable against anyone i battle. I know i am not unbeatable but it doesn’t get me nervous
because i love battling, and i have fun with it, so even if i lose a comp, i am always grateful for the experience to kick it with Hip hop heads around the world and connect with people worldwide. 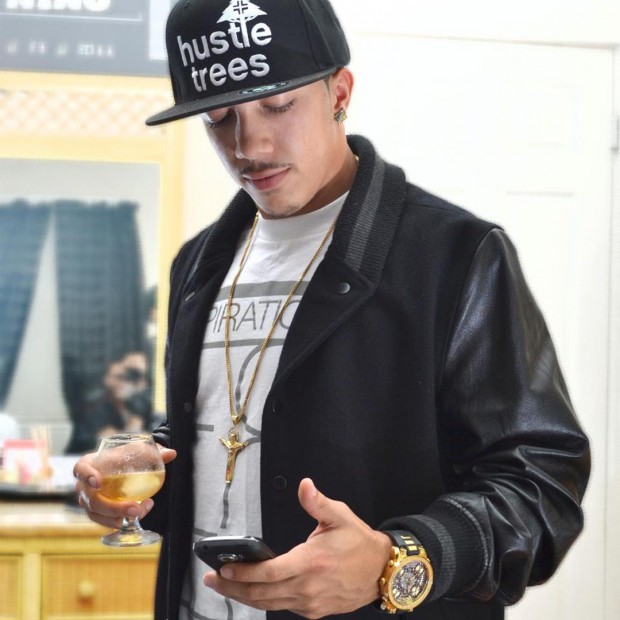 East3: Do you get inspired by other art forms of Hip Hop such as a fly Piece by a Writer, a Turntablist set or a Emcee at a show?  I get inspired watching and supporting  Bboys, Emcees and DJs and often draw what I see, do you infuse your inspirations into your dance?
El Nino: I definitely get inspired by other elements because I’ve tried them and for some people things are harder than others. I tried Writing for about 3 or 4 years just different hand styles on paper and i was always whack so i quit lol
I’ve tried deejaying and i got some skills, but i have mad respect for djs who spin just vinyl, that is mad hard. So yeah the thing that stuck we me the most was bboying, i picked it up quick so i stayed with it. I don’t really infuse other elements into my dance, i guess obviously i infuse with the music that the deejay is playing, but for the most part ill just watch a djs set or a documentary on writing or listen to a emcees cd like Nas, i usually listen to Nas before or after practice. i get inspired by watching other boys as well so yeah definitely.
East3: What is your greatest moment within the culture that you have experienced?
El Nino: Man Honestly i would like to say that it was really inspiring seeing how our Community came together for Bboy Steelo to support him and his family. Just something like that can show you how strong we are as a people and that when you have a whole community of people who love this Culture and love each other, we can do some really amazing things together. to support each others dreams and ambitions, one person moves forward we all move forward, each one teach one and thats how we build together by helping each other out. Anyway that was really fresh to see and i would say that is one of the greatest moments in Hip Hop and the bboy community for me. 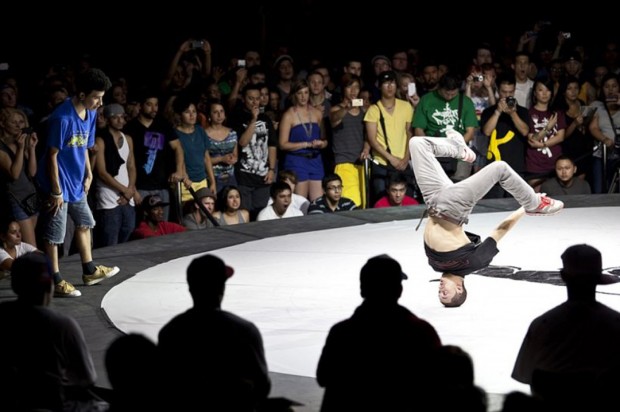 East3: After traveling the globe 3-4 times over, how do you feel about global Hip Hop?  Is it progressing, sustaining and or stagnant and why?
El Nino: I think its progressing slowly, theres still a lot of people who think hip hop is just rap music. Theres cats in my own neighborhood that don’t know all the elements of hip hop you know. Theres a lot of misled people who also think hip hop is a negative thing when in fact its not. So i think educating people more about what real hip hop is would help a lot. If there were more after school programs that have hip hop classes in them that show the elements in a positive way, then that would be beneficial for our kids here in the US. As far as overseas i think its thriving out there a little bit more then out here.
East3: In your opinion, do you think the culture needs to preserve as well as expand into “new” elements in order for it to grow & progress?  If so, can you share some thoughts/ideas?
El Nino: I think we need to preserve it, because this culture wasn’t planned, it was born and us as the next generations of hip hop shouldn’t destroy or tamper something that is bigger than ourselves.
East3: What are your current as well as future projects?
El Nino: Well my crew is trying to open up a school again for teaching the youth, good leadership skills, through hip hop. We look forward to throwing our crew anniversary as well, so we will start planning out details soon. I am trying to teach more this year and compete less and I’m also going to start dropping some videos that I’m going to edit myself, so be on the look out for those.
El Nino: I just want to give a shout out to all the real hip hop heads, boys/bgirls, writers, emcees etc.
East3:  Good catching up with you again on the island!  Enjoy your stay in Maui!
www.floorlords.com
www.bboyelnino.com
adiazflc@gmail.com