New Orleans is one of those cities that’s easy to fall in love with. From the culture to the people to the art to the music to the food – oh. my. god. the food(!!!) – every aspect of the city is charming and sweet and nostalgic in all the ways you picture it’ll be before you get there. It’s been on my list of cities to visit for quite some time now, so I was super excited to get to spend a quick few days in town and catch the St. Patrick’s Day parade. 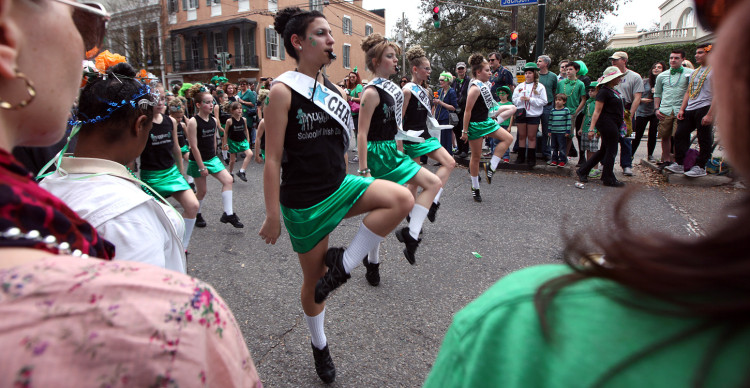 Sam, my buddy Dean’s college roommate, relocated to the Big Easy a few months ago, with the aid of services such as an international moving cost quote, and was tasked (kinda) with showing me a good time, haha. We met up in his hood, which is actually kinda the hood, and wandered over to meet the parade on St. Charles Avenue. Sam’s the dude in the TMNT t-shirt but not actually dressed up as one of the turtles. How rad is it that we actually ran into this group? Ha. 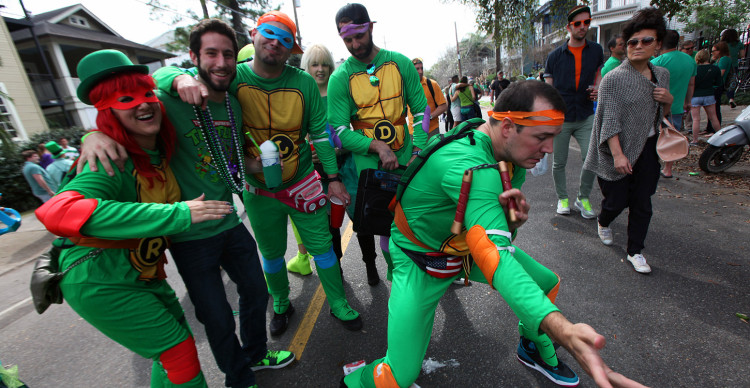 Now… the New Orleans St. Patrick’s Day parade isn’t like anything I’ve ever experienced. For starters, you can drink in the streets, so the majority of people are walking around with a 40 in brown paper bag or beer koozie in hand. And while you’d think that folks would really take advantage of this ‘open container’ policy (ahem, Vegas), they really don’t. The entire atmosphere is tremendously family friendly and there’s babies/ toddlers all over the place. A lot of music, dancing, laughing, hugs, kisses and generally good vibes. Everyone is super friendly and eager to make sure you’re having just as much fun as they are. 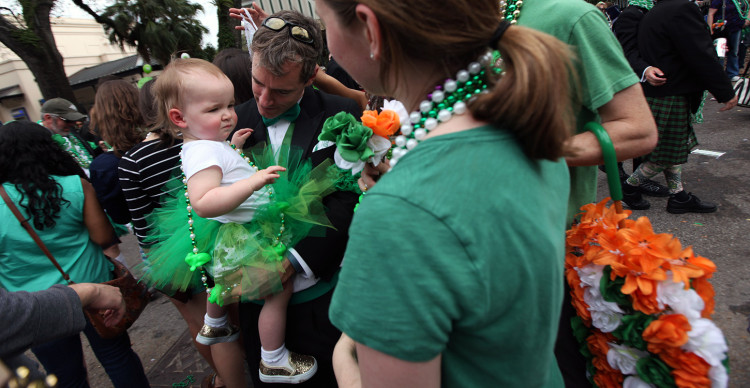 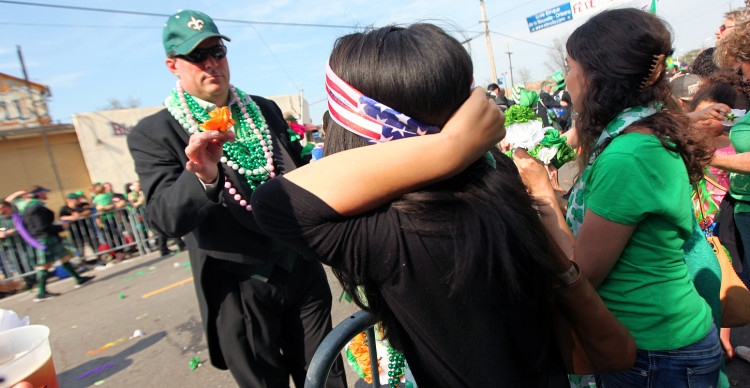 Contrary to popular belief, you don’t need to flash your boobs to get beads. Sorry fellas. This is actually one of the (few) illegal activities during the parade. Instead, floats roll through the streets and people throw down everything from beads to jell-o shots to cabbages (?!) to stuffed animals to koozies. Between the floats there are usually hoards of people marching and they too will hand out beads or flowers in exchange for a kiss. 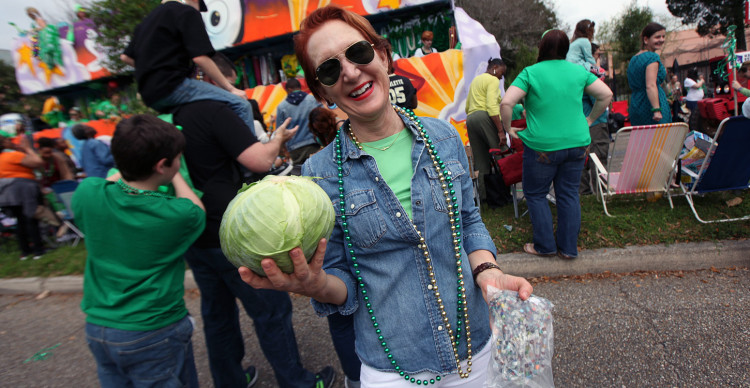 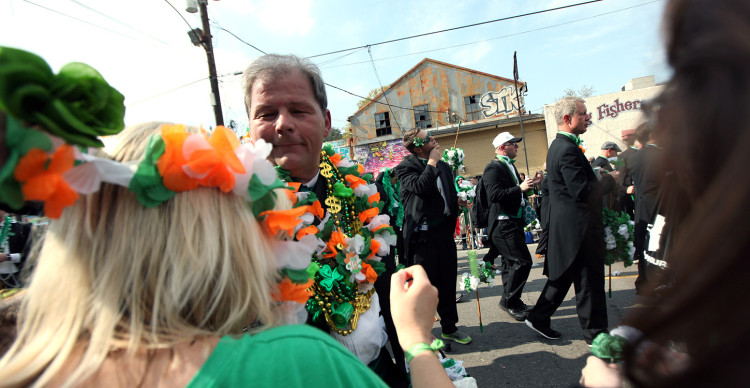 Halfway through, Sam and I popped into a bar to take some shots and pick up green beer. I wish I could tell you more, but the rest of the day was a blur. We ate amazing food, listened to tremendous music, met some awesome people and had ourselves a blast. It’s the most fun I’ve ever had on St. Patrick’s Day & can’t wait to go back to NOLA to experience Mardi Gras! 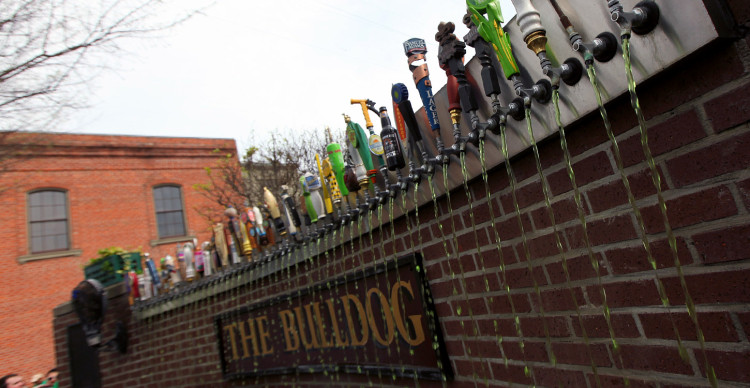 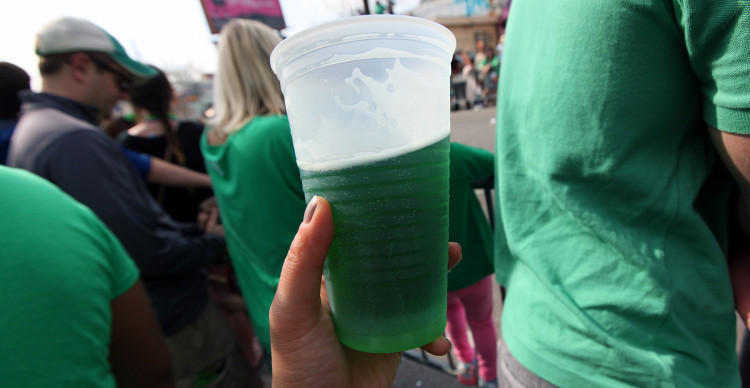