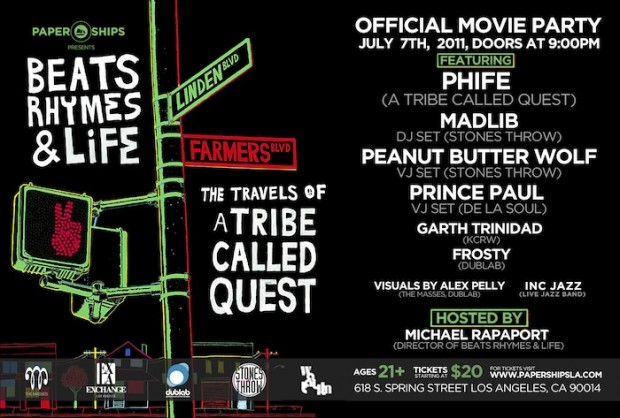 Since I may be leaving back to the bay today, my boyfriend and I somehow manage to make the most of last night at The Exchange for the Beats, Rhymes, & Life movie party.

From the influential names seen walking into the venue to the ones on the flyer, I have to say, the wait in line was the most interesting experience of all. To be truthfully honest, the people that handled the front, guestlist, and comp tickets, really messed up the wait to get in. I may not have plugs to get in like most people do, nor do I know people like that to just get pulled out of line to get in especially in the LA area. Sure it comes with the territory, so with that said, shouts to the dude with the beanie doing his best with the guestlist list. It seems like everyone else affiliated with him was too busy handing out comp tickets to their friends to mess up the wait. Long story short, dude regulated where it was needed and also stopped us from dippin’ out. I’m just glad we didn’t spend a dime getting in.

Anyway, the venue was large. I was told The Exchange was once a bank-now-turned-club venue. The hallway inside the venue had a thematic lighting of the Low End Theory/Midnight Marauders albums. 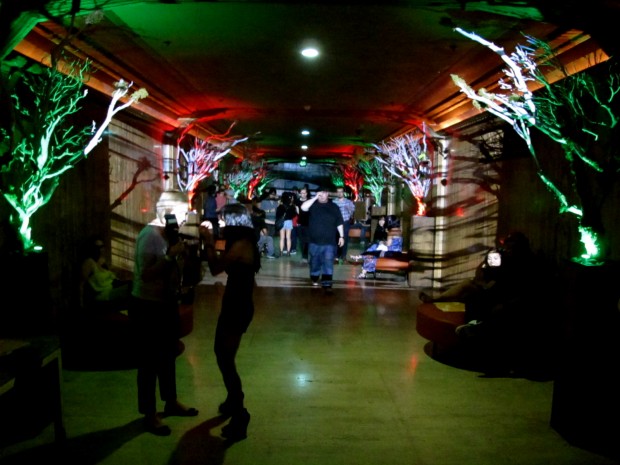 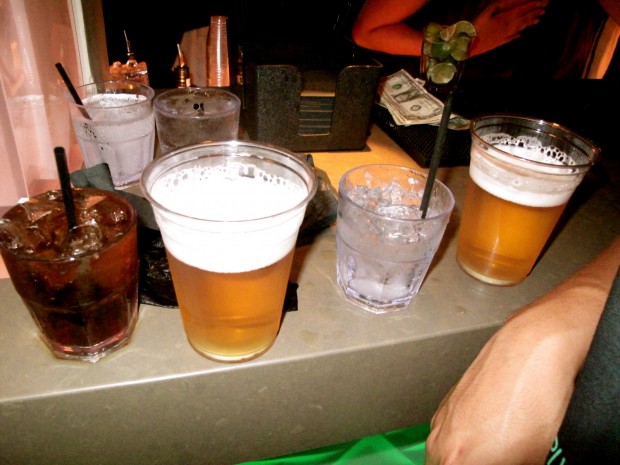 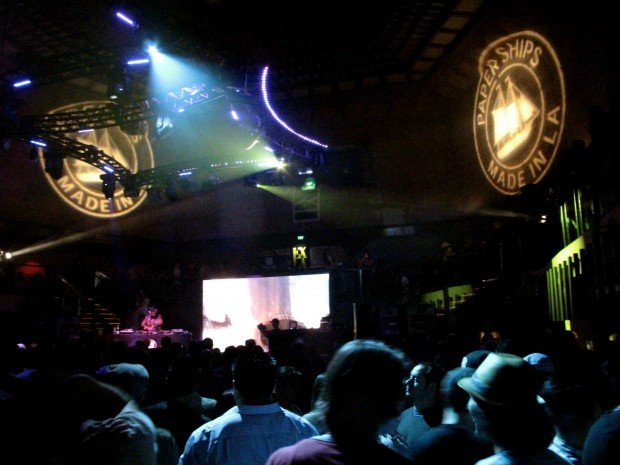 Madlib spun as we waited for our drinks and met up with our friends. I’m a big fan of Madlib as a rapper/artist/producer. This dude has my respect, but lawd, would I not want him DJing at the club I’m trying to party at. His taste in music is so extensive, I think he was catering to only his ears. It was great music none-the-less. So when you’re Madlib, you can do anything, and we’ll still love you. 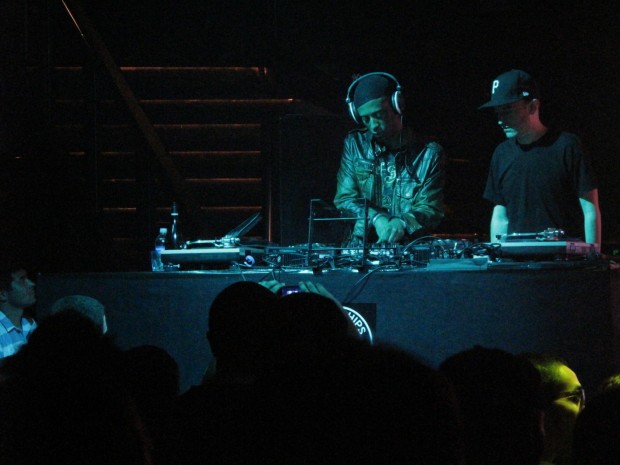 Peanut Butter Wolf goes back in my music archives just as far as Madlib. I’ve admired PB Wolf as a DJ first and foremost before his career as a producer turned founder of Stones Throw. During my high school years I did a lot of research on the art and history of DJing so completing a list of great DJs that came out of the bay ain’t complete without mentioningPeanut Butter Wolf.

Speaking of the Bay, Phife Dawg made a special shout out to LA and the Bay for most ATCQ records sold. Madlib from Oakland, PB Wolf from San Jose, all this talk about the bay. With that said, The Bay Area, stand up!! That’s something to be proud of.

Phife did his thing on stage representing the ATCQ collective on the solo tip. 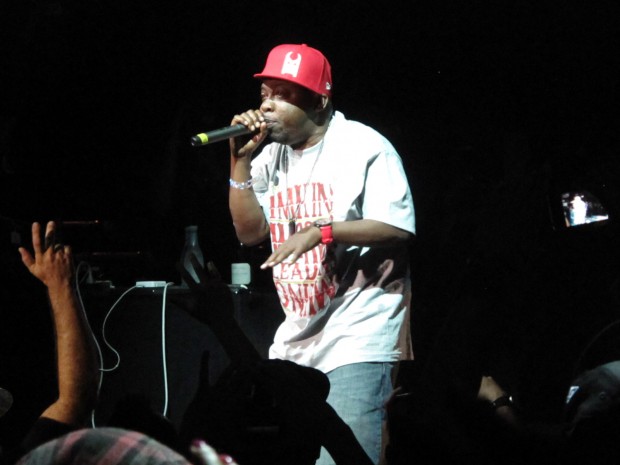 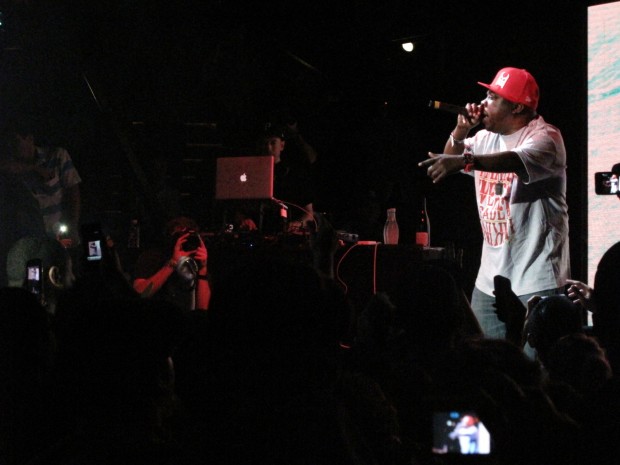 Sadly, no other ATCQ members showed up. Let me just say: it must be hard being uncle Phife while spitting lyrics to one of our beloved ATCQ tracks while his no-name protegé nephew is on stage trying to set himself up to crowd surf with the few in the audience that were paying attention. —Oh wait, uncle Phife didn’t get to spit much of that track because he had to help dude get back on stage from his failed mission that ended up with him tossed 5 people back and landing head first. OUCH.

Michael Rapaport, the director for Beats, Rhymes & Life hosted the night and paid respect to those present and responsible behind the scenes of the movie. 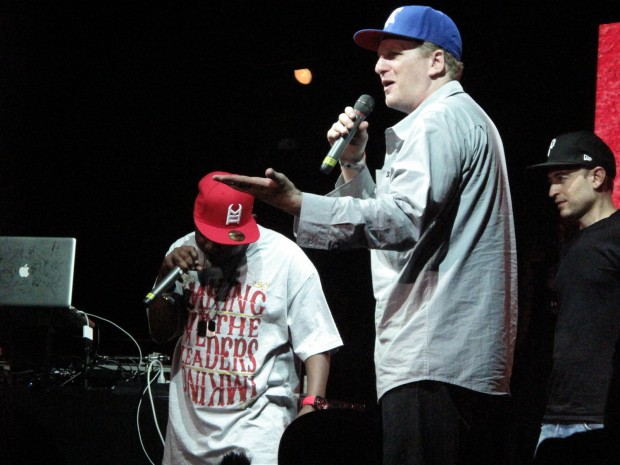 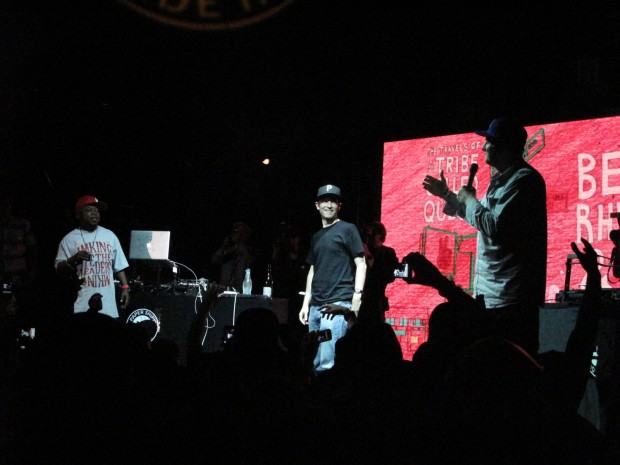 Must I not forget Prince Paul’s VJ tribue to the 90’s Hip-Hop set. Memorable with the classics I ain’t even heard in a minute! We bounced shortly after East Flatbush Project’s “Tired by 12.” So I’m sure the event went passed 3a. 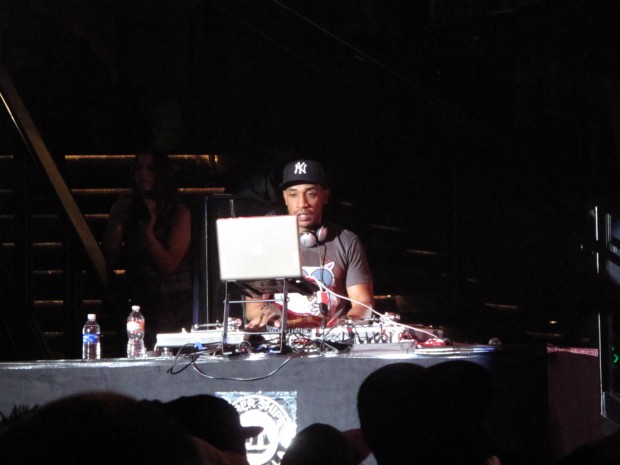 Babu made an appearance on stage. You can’t say Stones Throw without saying Super Duck Breaks! 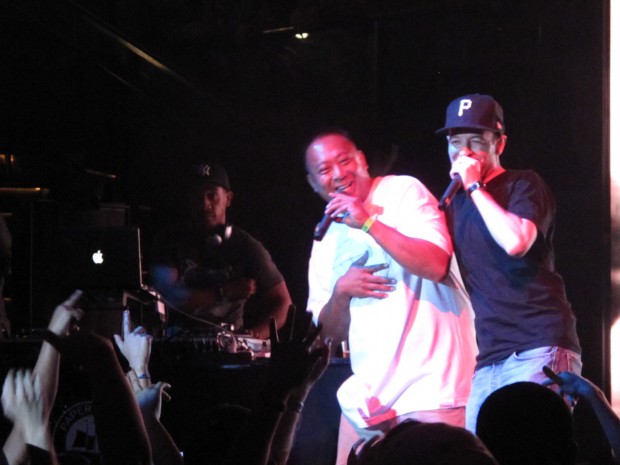 OK, so I lied. Maybe the experience in line wasn’t as interesting as being inside the venue. It was a pleasure to see all that were responsible for creating the Beats, Rhymes, & Life movie be part of a night with some of the greats in Hip-Hop music. I can’t wait to watch the movie.

I only have one question: No Biggie or Pac tracks were played. Why?

I’ll just leave you with a video of where I was in the building and the PB Wolf VJ experience to “Bonita Applebum” and how packed the venue was.