With the overwhelming number of entries submitted for our livery contest, we decided to do the voting internally. And while we appreciate everyone who entered the contest there were 3 that stood out from the rest. All winners will be contacted this week and again, thank you for participating. If you’re ever around the area and have submitted some work, come by the paddock and we’ll hand you some stickers.

First place was a tough call but in the end Mike Silva came out with the honors of being first. You’ll see his design on our sponsored drift cars and we’ll have some stickers made up for RC cars of this livery for you guys that drift Rc’s. Congrats to Mike for a job well done. 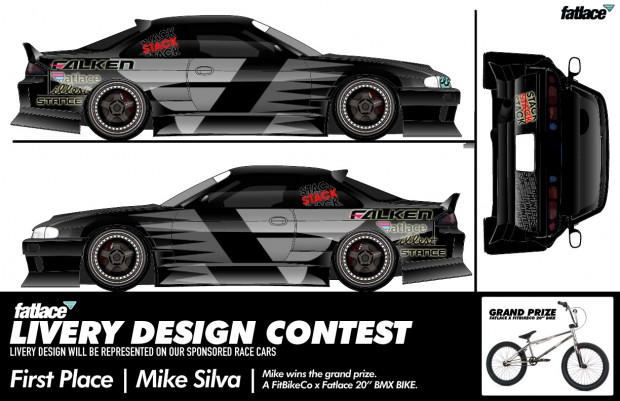 2nd Place goes to Shintaro Maeda. The colorway he chose was great and most likely we’ll use this theme on our B team. 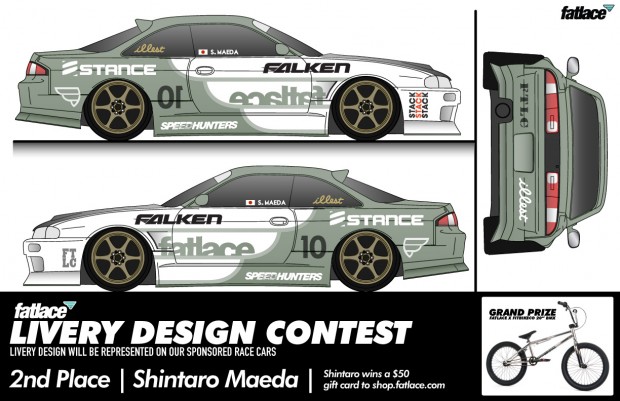 and third place went to Dennis Datu for spending the extra time making his render realistic. 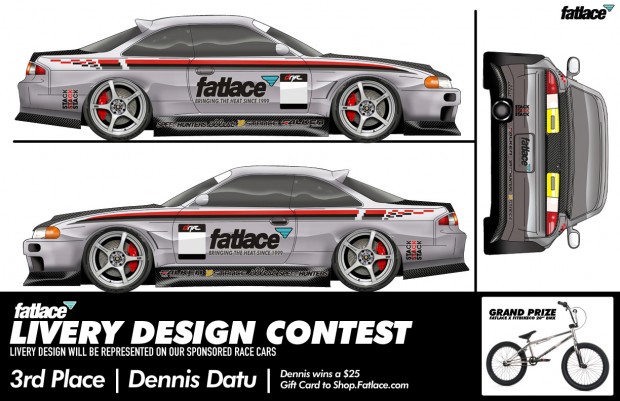