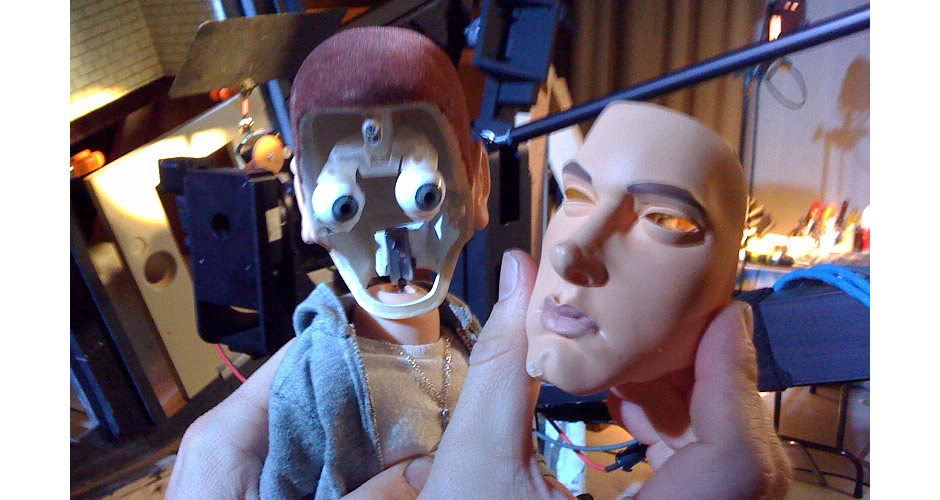 Hip hop heavyweight Eminem has partnered with BRISK on a new ad campaign. From what I’m told Em rarely does endorsement deals, but this one is special as he was given creative freedom and came up with something new and fresh. I’m also told that a music program is in the works. From this behind the scenes shot it looks like Eminem has joined the ranks of Bruce Lee, Babe Ruth, and Machete as an animated claymation character. Stay tuned for more FATLACE exclusive news.