The World's Baddest ER34
Ain't no half steppin' on this build
Thanks Houston Astros Tickets for the support
FASHION, LIFE / Posted by Ferrariartie / 22/02/2016

From one Eastside (San Jose) to another (Los Angeles), this is Ferrariartie back with anotha one!

It’s hard to know where to start. I’m contemplating between 4 “how” points:

A. How low-key this movement is

B. How I initially met the crew

D. When will my vintage “A” lettermen get touched by the gang…

To make this easier, I’ll start off with A., how low-key the Chaingang movement is. To say the least, it’s literally the best thing you’ve never heard of, or even considered noticing. We traditionally experience chainstitch with the various denim pieces we wear, but that’s about it. Rooted in East LA, much of the fashion spotlight never seems to make it’s way there. And with the boom of trendiness, Chaingang has followed their own path and continues to perfect the craft.

Chain-stitching is a dying art, and has become even more so due to the digital boom and continued advancement of technology, allowing the growth of mass production and resulting in cheaper goods. Chaingang held it down, grabbed their bootstraps and lifted themselves by being themselves.

With commission work for some dude named Pharrell (Fashion God, shout-out to pare Chad) and Katy Perry, their product comes from their humble character. An organic approach shows in each and every 1 of 1 Chaingang pieces. 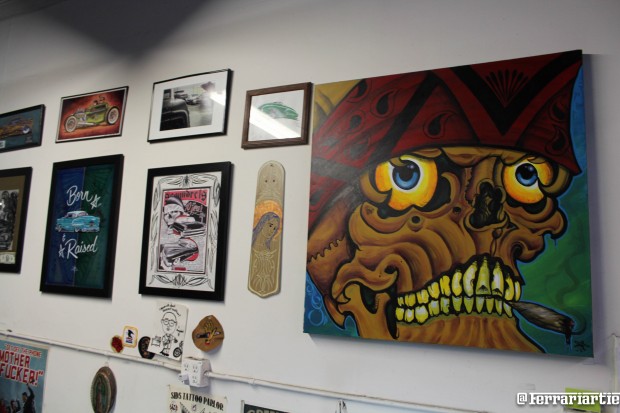 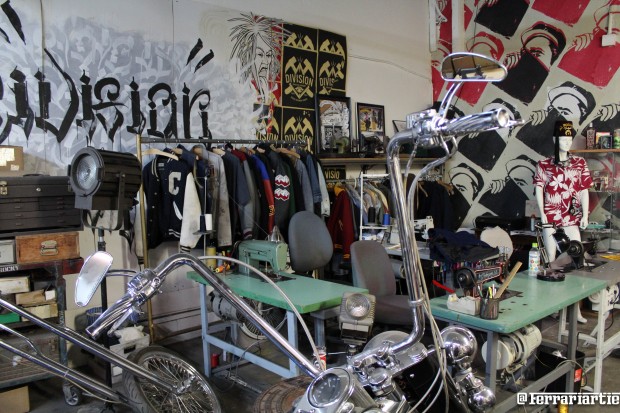 Now on to B. I initially met the gang at Agenda, Long Beach 2016. After grabbing my tradeshow tote bag-gone-trader-joes-bag I usually make my way throughout the whole floor, peepin’ the best booths to  make a return to. As each booth set-up their installations, the Us Versus Them booth consisted of an open space/no division installation with one machine: 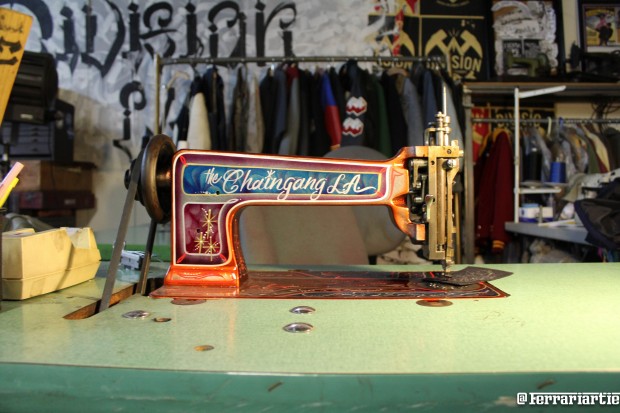 Aside from their pieces, this machine was enough of a head-turner to grab anyones attention. I was then intro’d to the team (shout-out to Les!), and the rest was history. Good people all around, an automatic click. Both Illest Brand and Chaingang share similar lifestyles and interests. (open-eye emoji)

C. In a world where individuals claim nothing new exists under the sun, Chaingang prides itself in 1 of 1 pieces, true individualism. Each piece is like fine wine, the product takes time, has it’s own essence, flavor, and aroma. Probably not aroma. But you get the point. 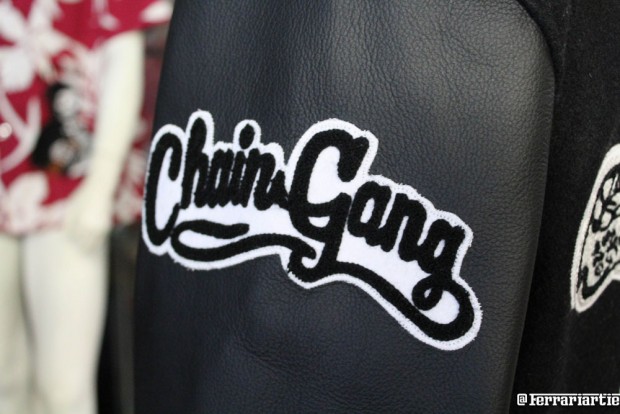 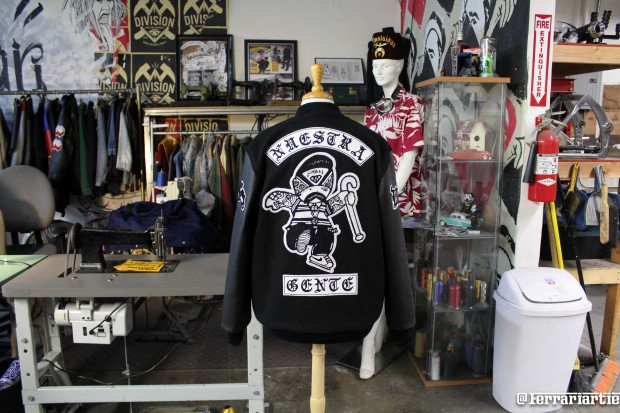 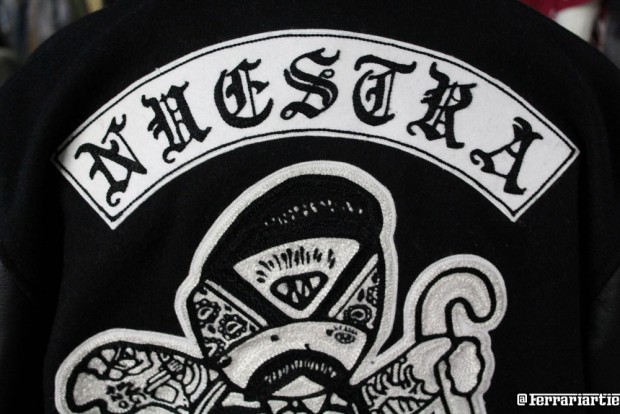 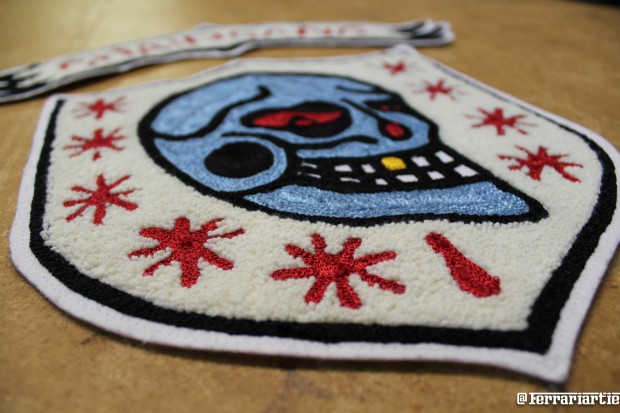 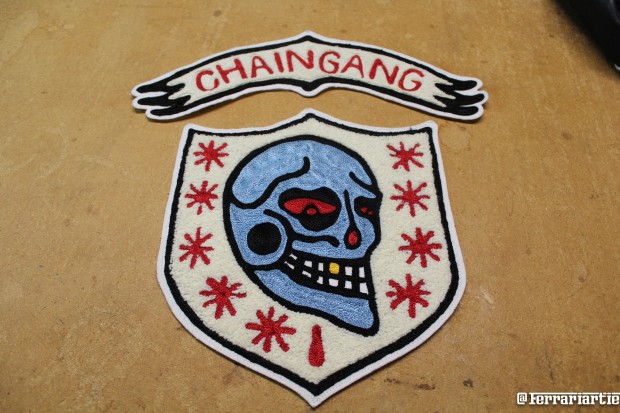 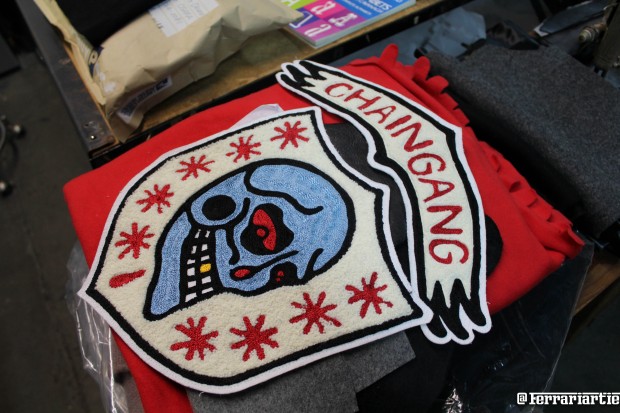 Chain-stitching can be very time consuming, so consuming Japanese snacks, as fuel, is a must.

Check-out these fire Chevrolet chain-stitched chenilles. Each piece has it’s own characteristic, allowing one to appreciate the uniqueness. The essence of true exclusivity. (Flame emoji) 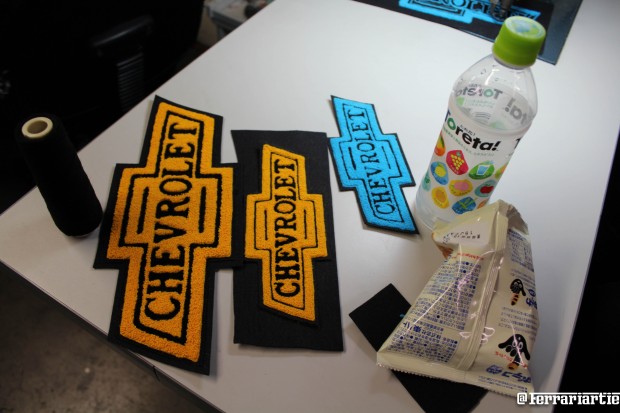 Tommy welcoming me to East LA with a kind gesture. 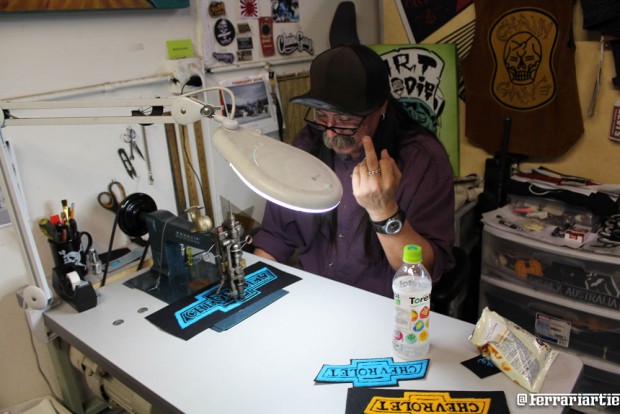 Shout-out to Les for connecting the dots! You know what they say; smell good, feel good! 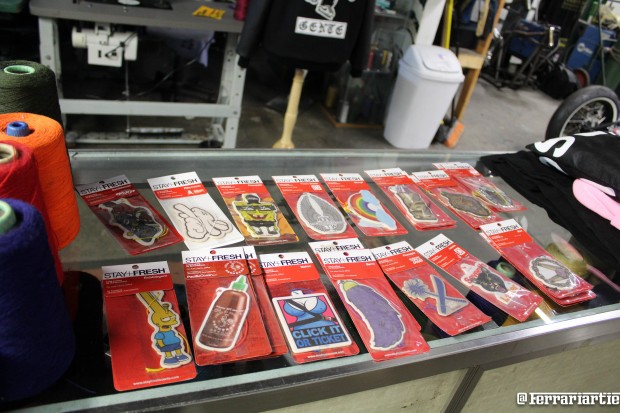 Chaingang LA has a wide variety of machines, even dating back to the early 1900s! Here’s a machine from France, with love! 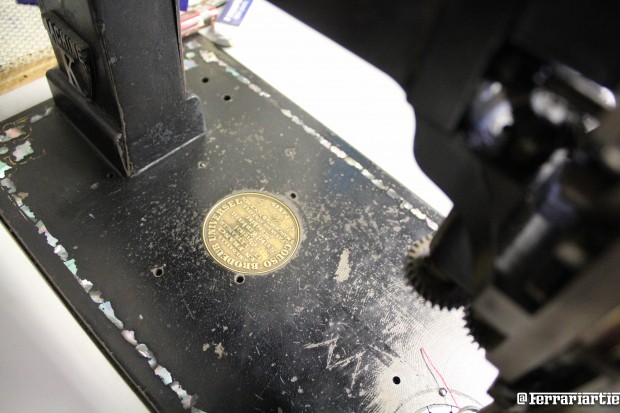 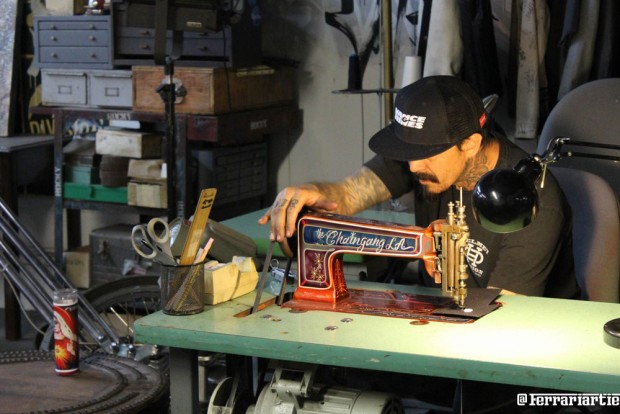 I was totally kidding about D., but if I had to touch on that subject, I believe all people, especially in fashion, want their clothing to represent who they are. It’s a form of expression, and with the trendiness breathing down your neck, it fuels a much deeper need to be true.

Chaingang isn’t just making dope pieces that one can enjoy, they’re building a interpersonal connection with each stitch and thread. 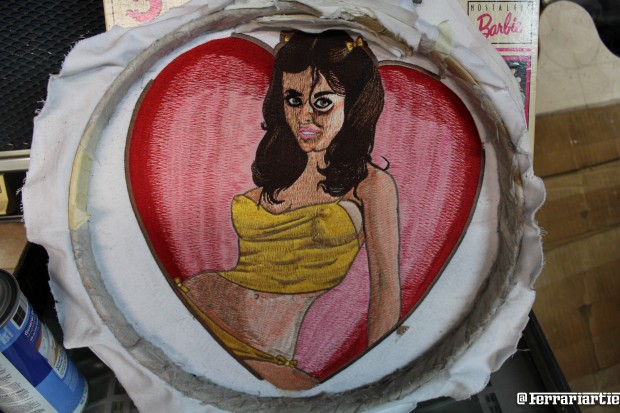 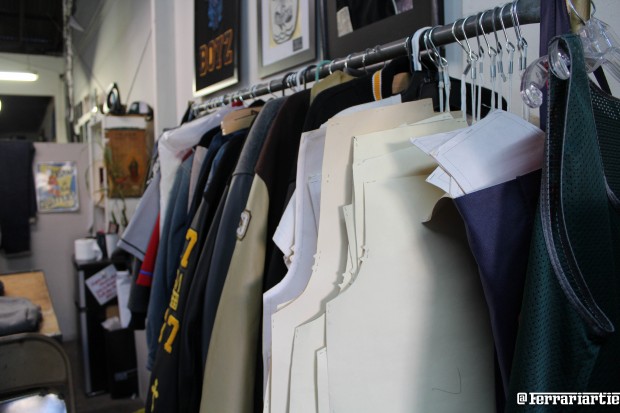 Big shout-out to the good people at Chaingang LA & Super Co. Thank you for showing a kid from Eastside another Eastside. Keep yourself in the loop & give them a follow on ig: @Chaingang_LA

For all the I L L E S T, stay tuned. We got something cooking for the community.

Until next time y’all, stay true to yourself and I’ll catch you on the next #BEATSWITHARTIE