EAST3: In my opinion you are a innovator of a style that many have been influenced by. Describe your approach and creative process.

CHOR BOOGIE: Well fair and foremost I just paint.. its more improv than anything.. i approach it like a shaolin master would approach his teachings with balance creative innovativeness is the key…basically feel out the surface and imagine the constructive flow of how the subject is going to look.. some times I have references for realism aspects and from that approach flip it from there.. the process is the magic the fantasy of creation in my pieces getting in a zone that helps me elaborate on that subject ..some times I make mistakes while painting ..but honestly it may not even be considered as a mistake to the point where I can elaborate off that mistake giving it more substance to the fact of there is a reason for everything…so go with it.. 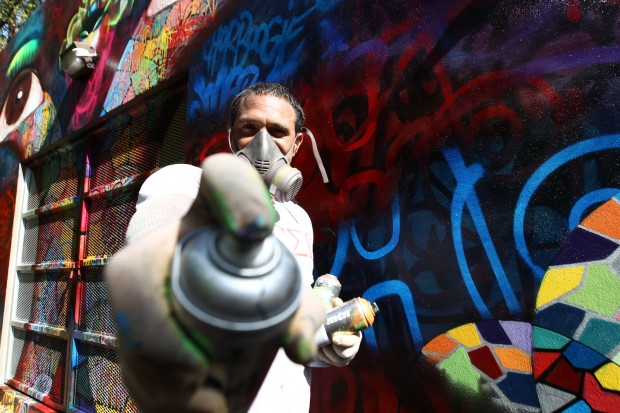 EAST3:  Describe the evolutionary process of your art. Did you start off as a Writer rocking Pieces?

CHOR BOOGIE: I have been an Artist since the age of 5… telling my kindergarten teacher after painting my first painting ..when I grow up I’m going to be an artist.. from their over the years was heavily influenced by art in all means and aspects .. but when I was introduced to the game of spray I was mind blown… I did start off bombing and stuff.. like around 93..till infinity..

Then started painting characters …. Never really got into letters ..because I felt everyone and their grandmothers mother was doing them .. so I felt I needed to express imagery more in this medium.. so do not get me wrong thrown my goes at letters and created some pretty interesting pieces ..but my heart was always with the characters..

EAST3:  In your mural work do you use symbolism and or leave subliminal messages?

CHOR BOOGIE: Just to get this off my chest and off subject.. its seems like a lot of us artists paint stuff now a days and the way we paint it because it looks cool or to be cool…and come up with some bullshit to give it a meaning  I guess that’s the insecurities we face as artists… but to answer your question AHHHH… not really ..i rather have the mystery behind the work speak for it self and let the individual create their own concept and meaning behind the work because everyone is going to feel different when they view it.. it’s a love and hate thing.. 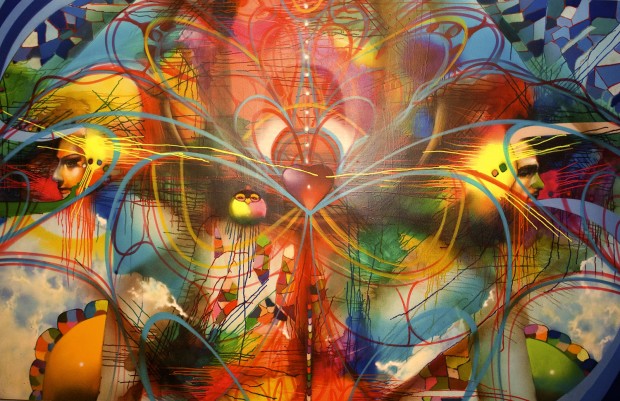 EAST3:  Who are your mentors or inspirations and how have they inspired growth in your style?

EAST3: List some of the artist that you appreciate and why?

CHOR BOOGIE: PHASE2 because he s the originator of style and that was one big thing with me was originality ..plus his style is impeccable before its time even when cats stayed stuck in the past  and still are stuck in the past ..and from which he blessed them and the world with style he still innovated beyond that and takes it the distance ..he came before them and still burns them all.. still does..

RIFF170- just a good dude at heart same with Phase and Vulcan but for the same reasons as phase ..Writers would not be  here if it wasn’t for these two dudes..

VULCAN –Father of color in  my eyes when it comes to this medium also him and phase are the fathers of super burners big crazy burners that no one was doing ..

Major influencers in the game when it comes to innovative techniques and styles.. and they are brothers in arms and how they influenced me you may ask …originality is how they did ..inspired me to be more original with my concepts

I  give it up to the character artists that I appreciate but I feel like they don’t do it like they used too..or just don’t do it any more …maybe it’s the direction or the path as an artist we take when it comes to the game of spray ..finding ones self and establishing a style that’s going to resonate with the art world .. separating  yourself from a culture to basically survive as an artist.. 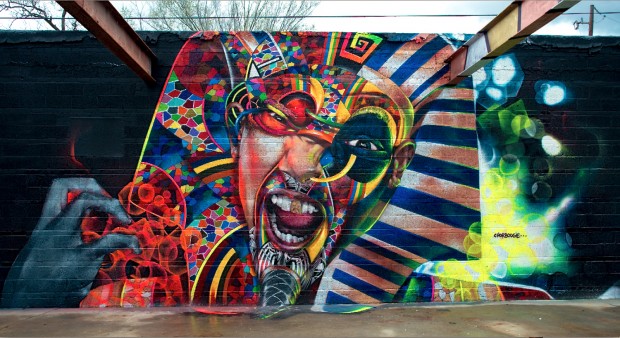 EAST3:  Do you think spray can technology has plateaued or is there room for advancement?  What would you like to see developed in the future?

CHOR BOOGIE:YES ..except for the traditionalists that use the spray can and  nothing but ..no additives no preservatives ..all natural flavor… but I think its all mixed media now..from the game of spray to the street art world.. everyone is exploring new ideas and concepts  from the walls to the canvas when it comes to the culture..

EAST3:  Where would you like to see the Street Art movement evolve to in the next 5 years?

CHOR BOOGIE: IN SPACE… I think street art is the contemporary art version of the streets .. its all money terms… which is balanced at times.. really its an unpredictable art form that has allot of influencers to young ones that are trying to find them selves through art no matter how they do it.. its like a movement where anyone can be a star with no skill or skill.. but who am I to say what skill is… I rather show it.. so in 5 10 15 20 years it will always be there…until the modern day society that we live in ..in this fast pace human contemporary culture …..seems to chew it up until something new comes along and spit it out for the next best thing… the key is how are you going to adapt to that pace.. 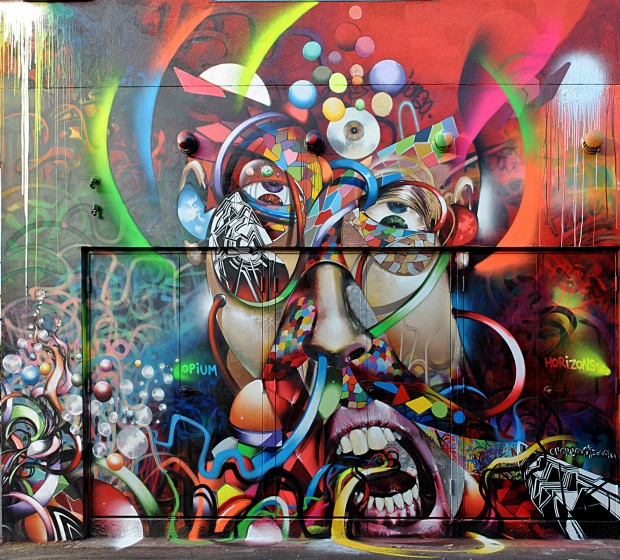 EAST3:  Are their any new styles you are developing that you can share with us?

CHOR BOOGIE: only one  MODERN HIEROGLYPHICS…THE REST IS A MYSTERY  but im sure you will see in the near future.. no doubt about that one ..but I think the color movement Vulcan started and then adopted me and Apex along has definitely inspired the masses of the world .. 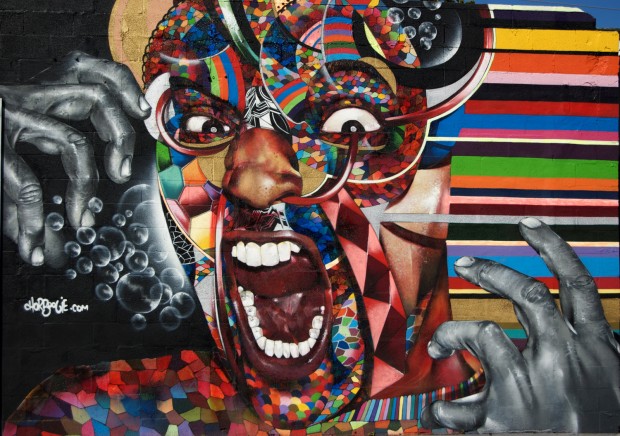 EAST3:  Any up coming projects you would like to speak on?

CHOR BOOGIE: I only bragggg on facebook  instagram and google+ maybe some twitter …so you can find me at all those sites under chorboogie if you really want to know. OR GO TO MY WEB SITE WWW.CHORBOOGIE.COM….. but a little taste ..EURO TO CAIRO tour starting july 24th to Aug 10th