In 1978 Mazda released the series 1 generation of the RX7.  Little did they know that they had just started something bigger than they could ever imagine.  This was the car that saved Mazda, and transformed the public image of Japanese cars from cheap bargain boxes, to builders of quality affordable and accessible performance cars. 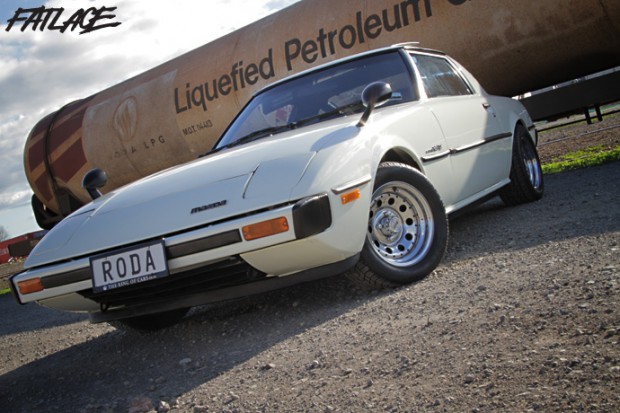 It’s an iconic car that for many sports car fanatics has been the apple of their eye at one time or another.  This particular RX7 has been modified although almost all it’s original parts have been retained making it a real-deal JDM whip. 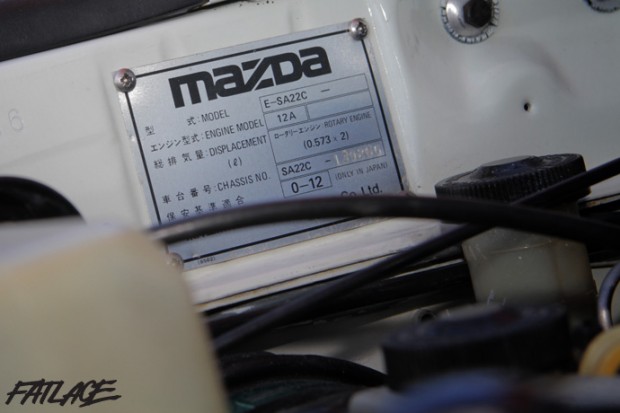 Rolling off the production lines in Hiroshima, Japan this particular model has retained it’s series 1 12A twin-rotor with a rebuilt standard port. 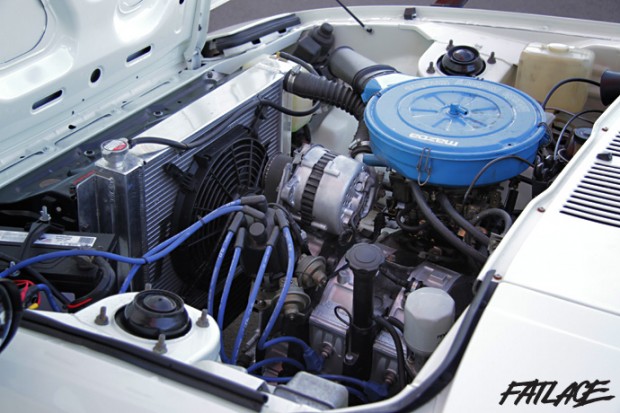 An aftermarket fuel pump ensures the engine has plenty of juice & a modified Nikki 4 Barrel Carburetor keeps things ticking along nicely under the hood.  With 130 horsepower at the wheels it’s keeping true to it’s production specs as well. 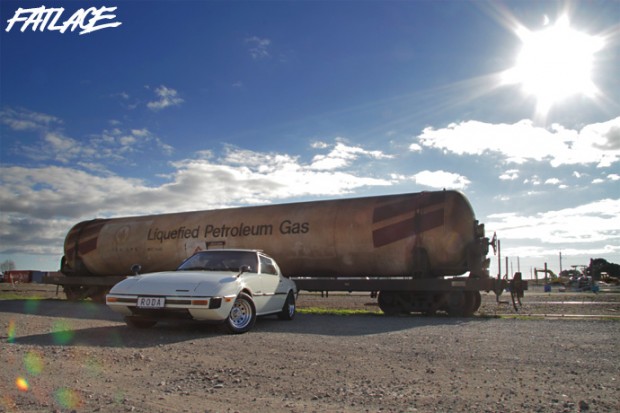 The condition of Ollie’s ‘RODA’-plated RX7 is as immaculate inside as it is outside.  A fresh coat of Aurora paint ensures the shine and sparkle is almost better than that of 1978. 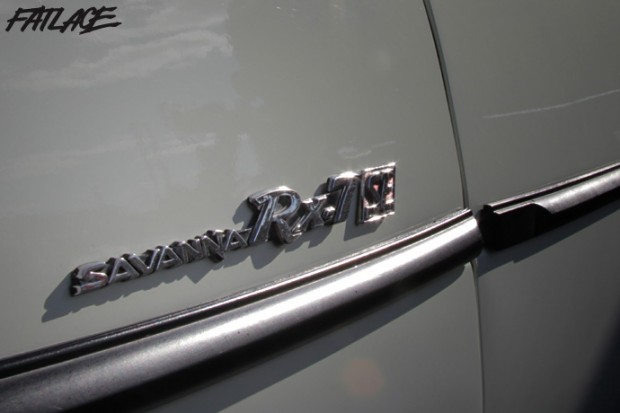 It’s the attention to detail that makes or breaks a car build. 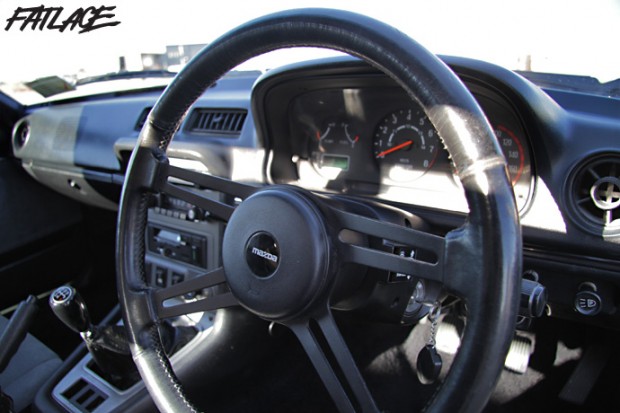 For many younger enthusiasts tuning a car to be period correct can be difficult with the lure of turbo chargers, wide-body kits, and massive aero kits.  You won’t find any carbon fibre on this interior… 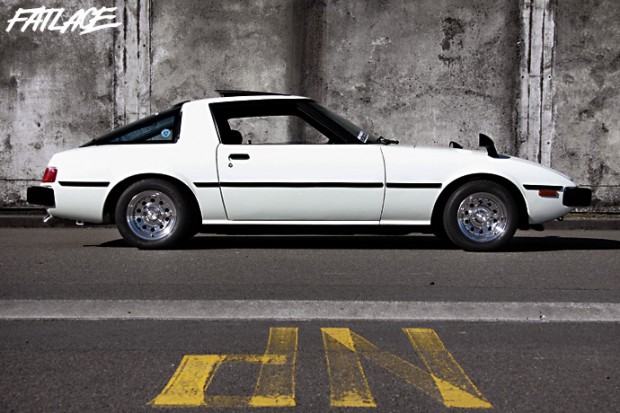 Sitting pretty on 13×7-inch Modulars shrouded in 215/40R13 tyres, the combination is a classic one. 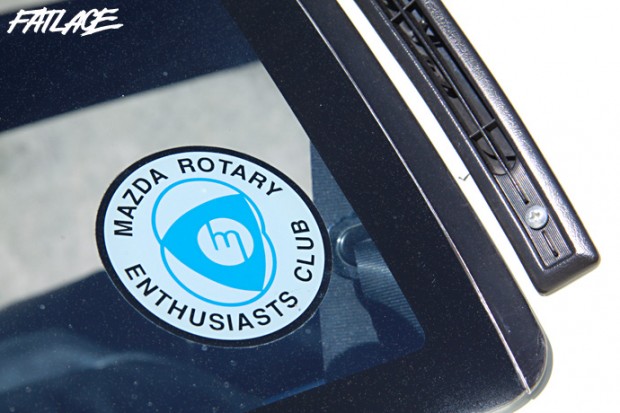 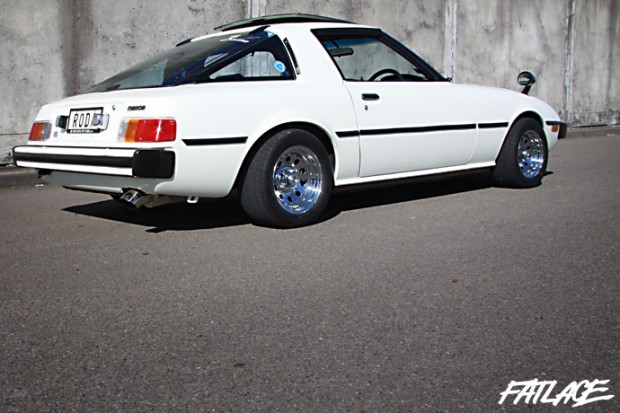 The ride is comfortable as the standard struts have been kept with Super Low King springs for the finishing touch. 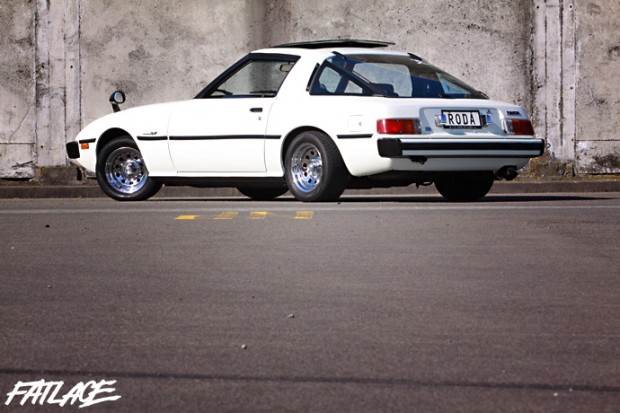 The finishing touches on this clean-cut ride include a 2.5-inch mandrel bent dumpy tip exhaust with 2x mufflers installed.  The final product is a noise that has that original ‘unmistakeable’ noise of a classic RX7. 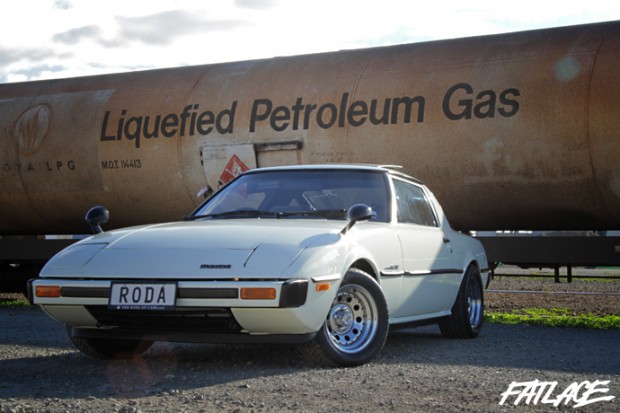 At only 17 years old this is certainly a car which one can be proud of.  It’s great to see classic icons of the tuning world being preserved in period-correct form, already a classic they will only appreciate more as time goes on.  Oli would like to thank Todd from Palmerston North Automotive for all the help with the build.