Winter is here. Maybe not officially, but last week’s weather sure said otherwise. The brief dusting of Canadian snow sent us hunting for our parkas and rushing to mount the snow tires. Yes – quite depressing, but as car enthusiasts its a routine we endure for the love of the game. Rather than sulk, I’m going to start a series of features entitled “dear summer”, which will hopefully help our winter days go by quicker. Maybe they’ll even inspire you on your next build or project in time for the warmer temperatures to return. Whatever the result, I hope you enjoy this series I am privileged to share with our Fatlace readers. 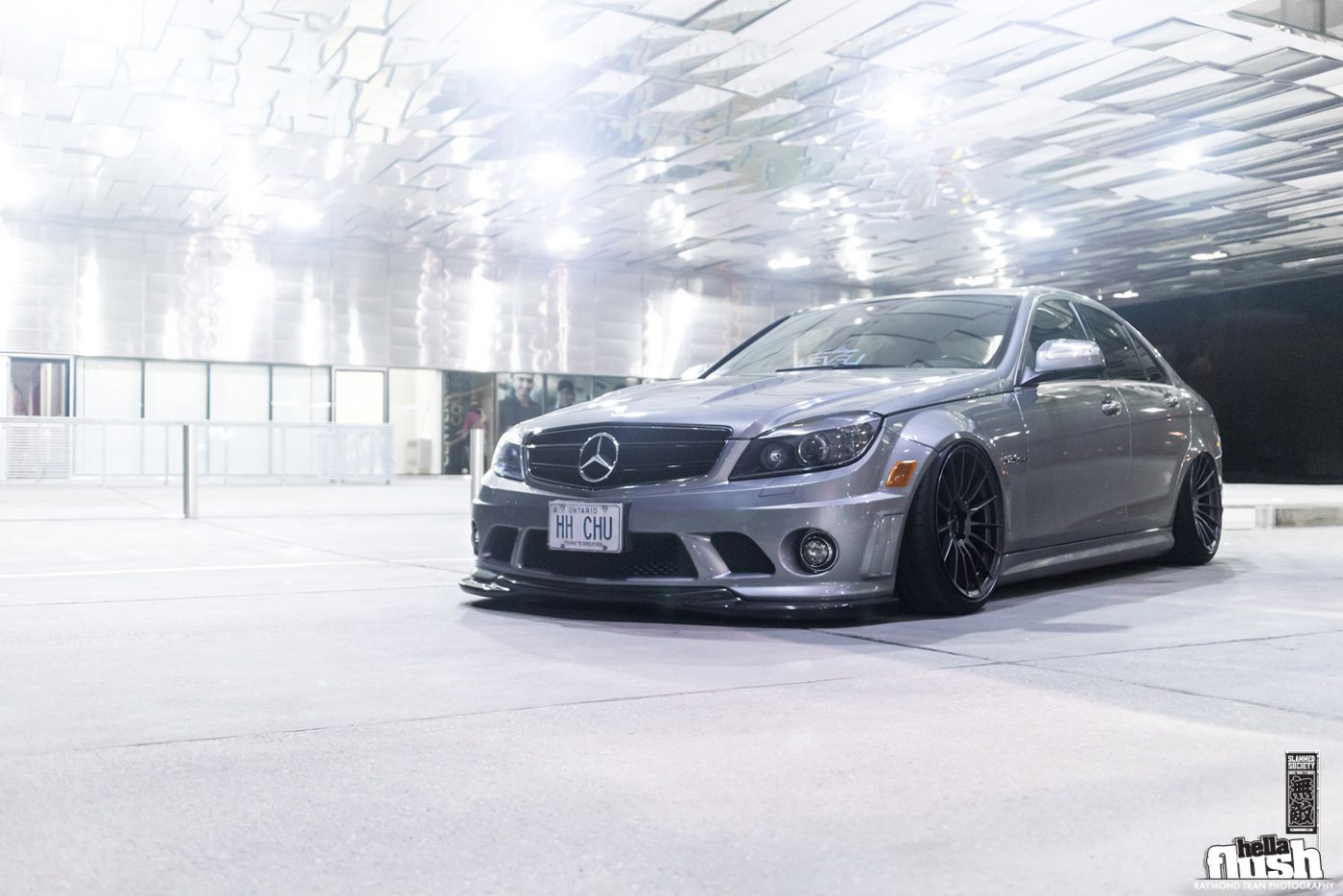 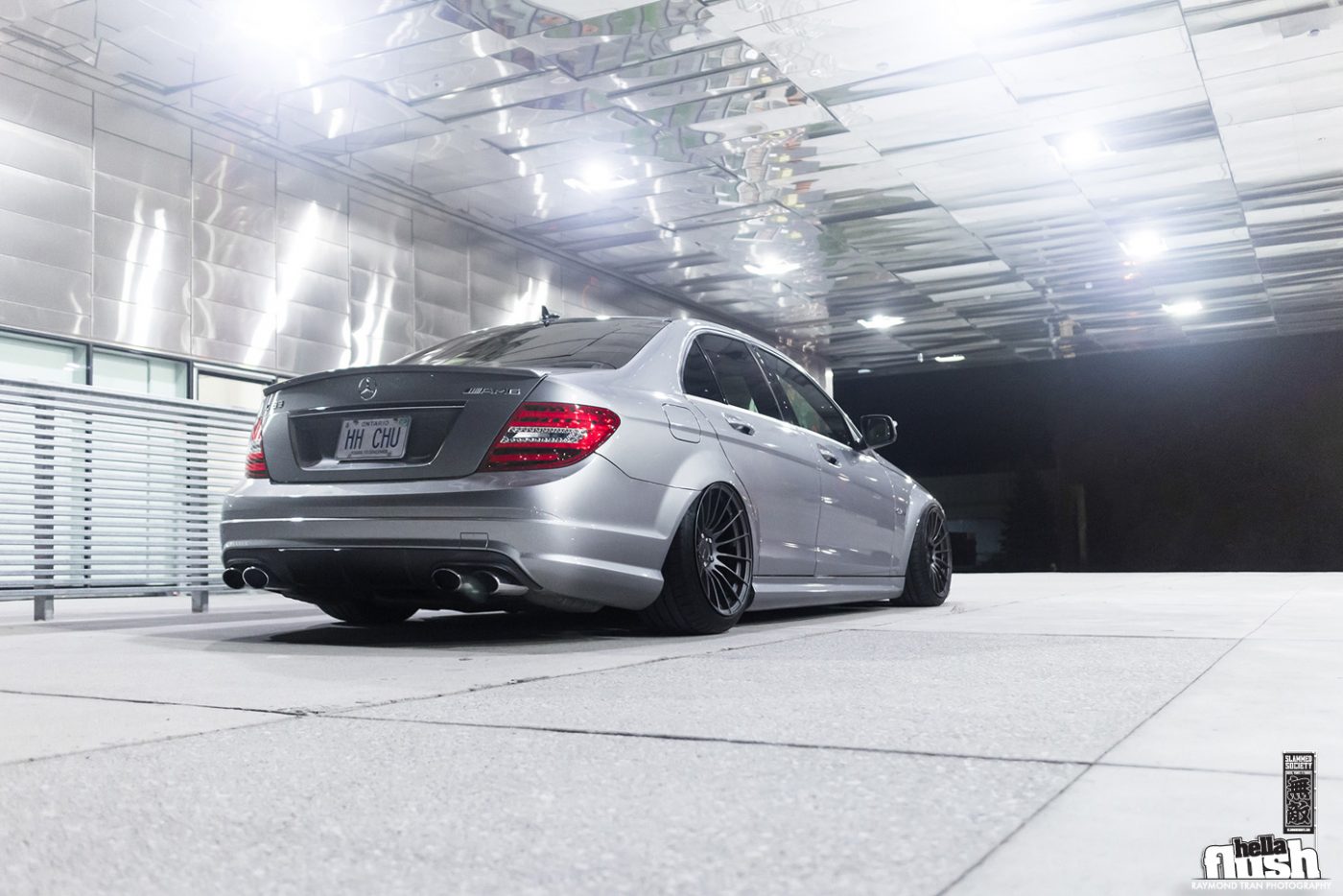 Enter Chris Chu’s 2009 Mercedes Benz AMG C63 representing the infamous Level One crew. Yes, that Level One. These guys come correct with clean builds which speak to our culture on the ground level. Call them the people’s champ because their cars represent realistic aspirations instead of an astronomical budget-less build. Their hustle is real, so much that they’ve attracted hilarious identify theft and logo rip-offs. But I digress,  the most important thing is coming correct. And that’s exactly what Chris had in mind as a member representing such an infamous crew. Sure, we’ve seen some C-class builds but this one just comes off so damn clean. 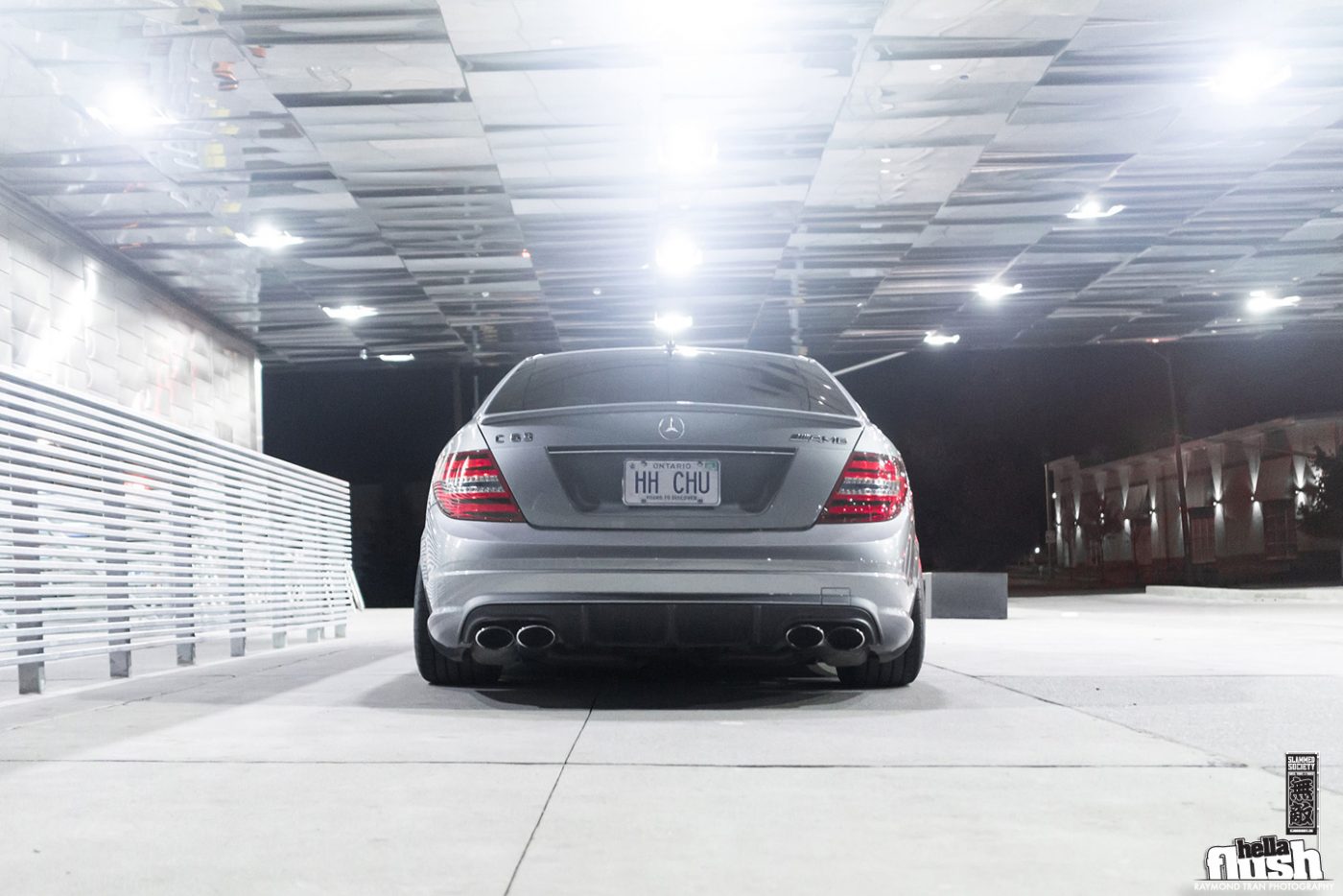 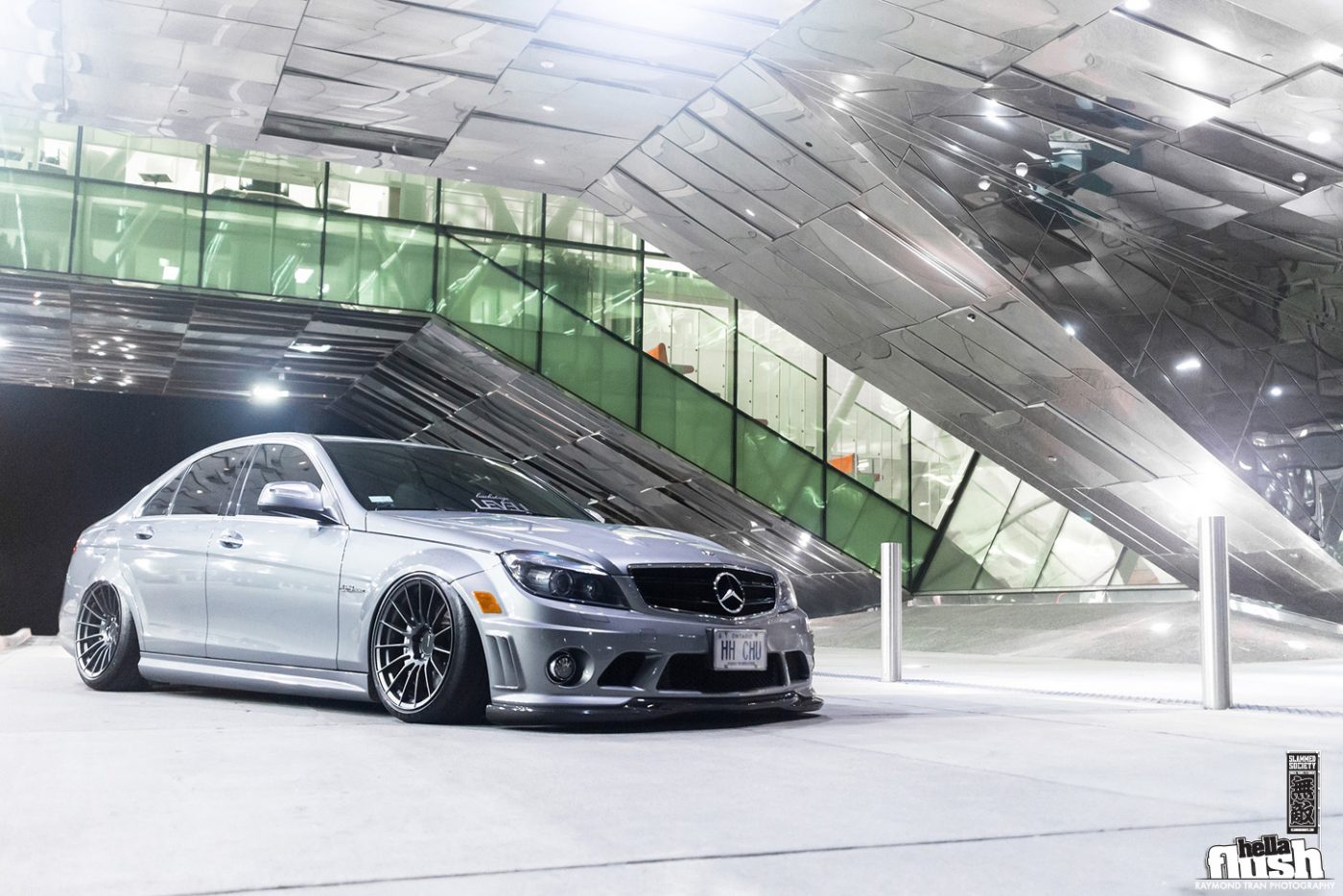 It all started when Chris decided to part ways with his previous build – a BBS LM equipped Subaru STi which broke many necks. Upon parting the car, he decided he was ready for something more age-appropriate and naturally-aspirated. As an employee of Mercedes Benz Canada, his natural choice was the V8-powered C63 sedan. Chris felt the performance aspect of the car met his needs so he focussed his energy on getting the fitment dialed in. Static-equipped C-class sedans never went low enough and Chris knew he would have to go the air route to really set the C63 apart. D2 performance bags and Air Lift v2 management solved that problem easily, allowing Chris to slam the C63 onto 18×9.5 and 18×10.5 Enkei RS05RR wheels. The result, an incredibly aggressive drop with perfect hellaflush fitment from lip to fender. 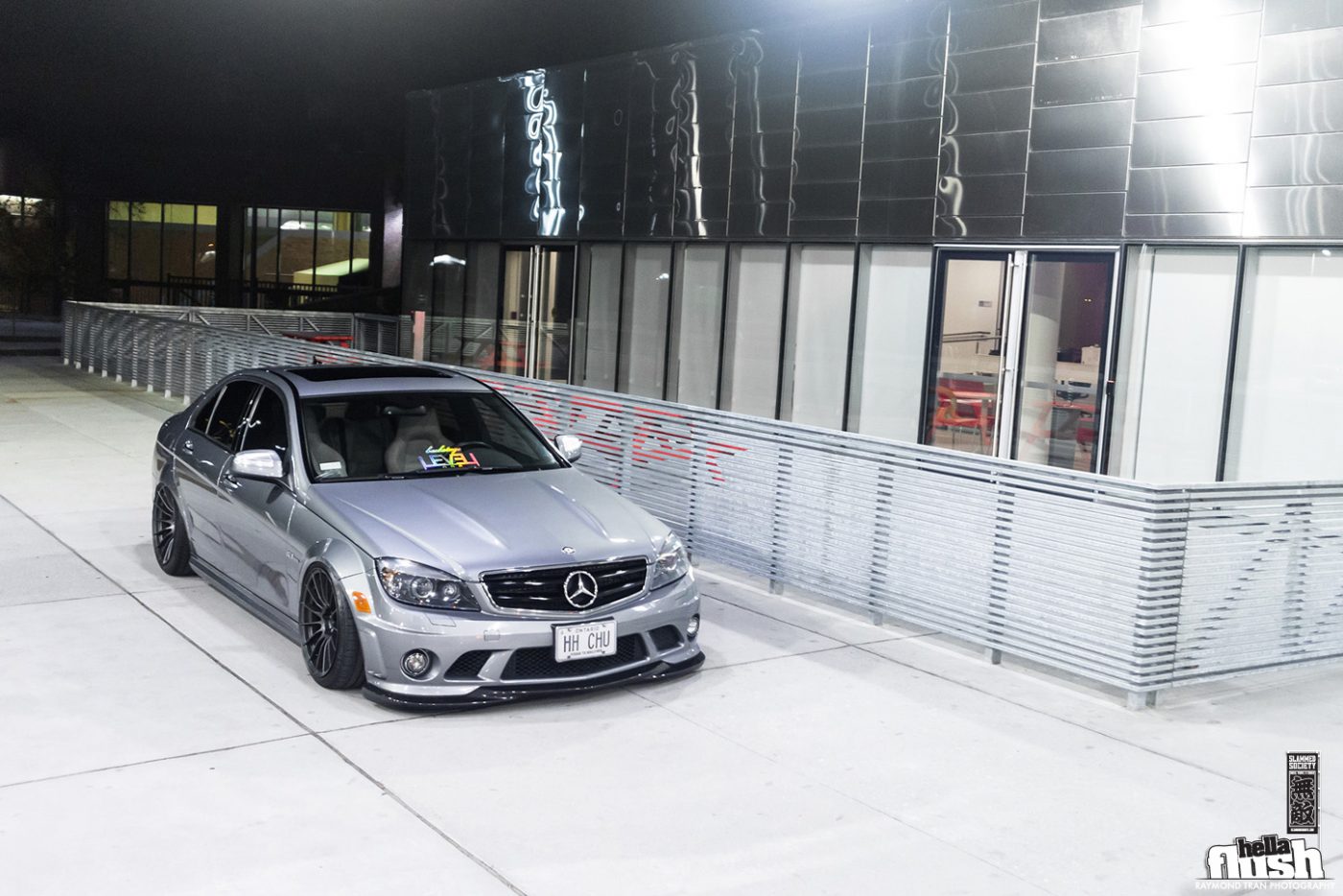 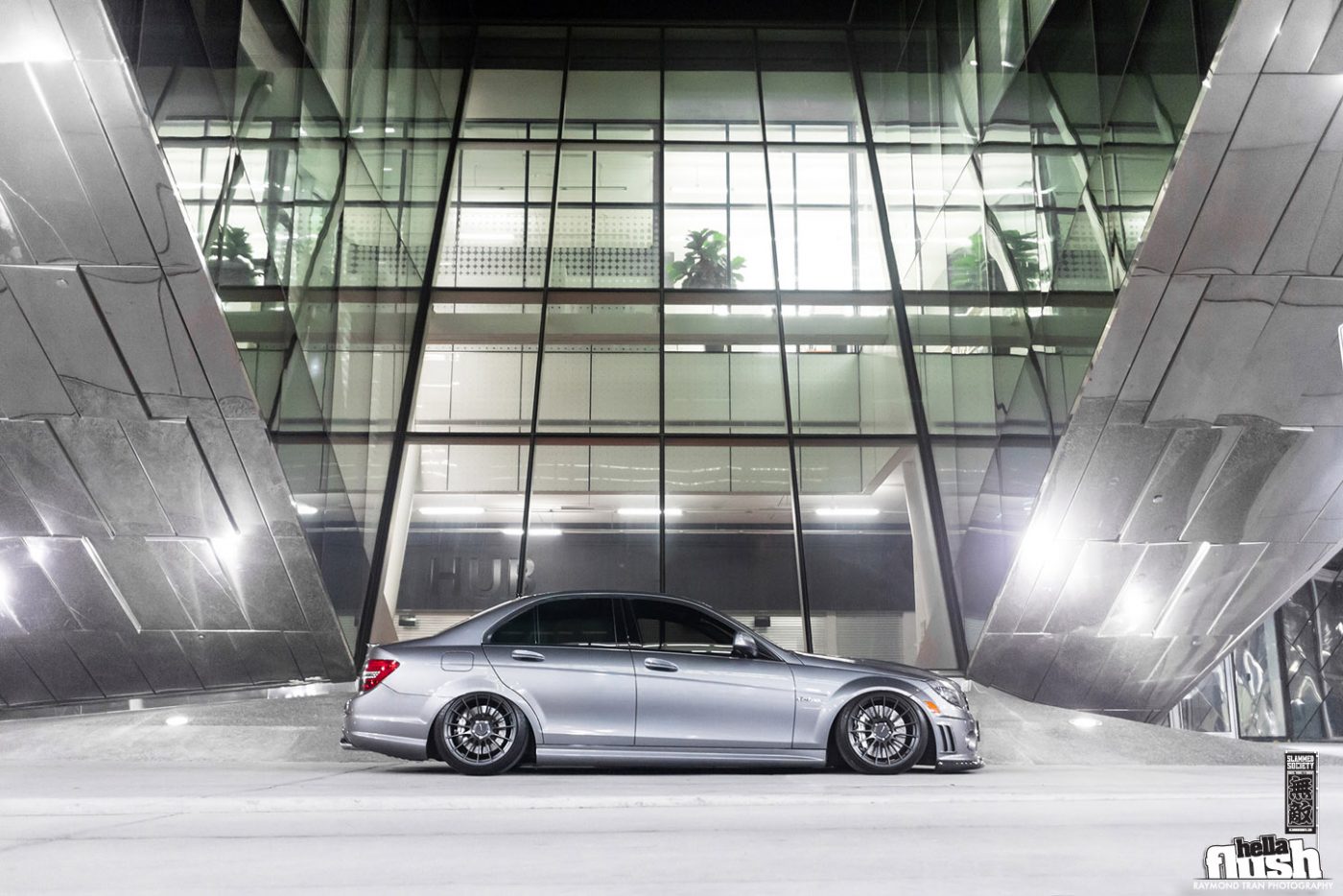 I’d like to thank my good friend, Ray Tran, for shooting Chris’s car for Fatlace. And of course, Chris for continuing to build amazing cars for all of us to revel in. Stay tuned for more “dear summer” features as I work to make the upcoming winter months that much more bearable.