Long gone are the days of having mixtapes in your glove box. Every few weeks, I will feature one of the DJs whose mixtapes are in heavy rotation in my ride. Most of these mixes were available at Mixcrate (RIP), but can probably be found either on Mixcloud or Soundcloud.

One mix that I’ve been playing in my car is Jynki,(whew)That Girl

This mix brings back memories of garage parties, homemade speaker boxes, BK’s, Cazals, Troop, Triple Fat Goose, Denny’s and DJ Showcases/Battles. Back in those days we got mixtapes straight from the DJ or made copies. I definitely would have dubbed this mixtape! The song selection is on point and the cuts/transitions are period correct. Check it out if you want a blast from the past. 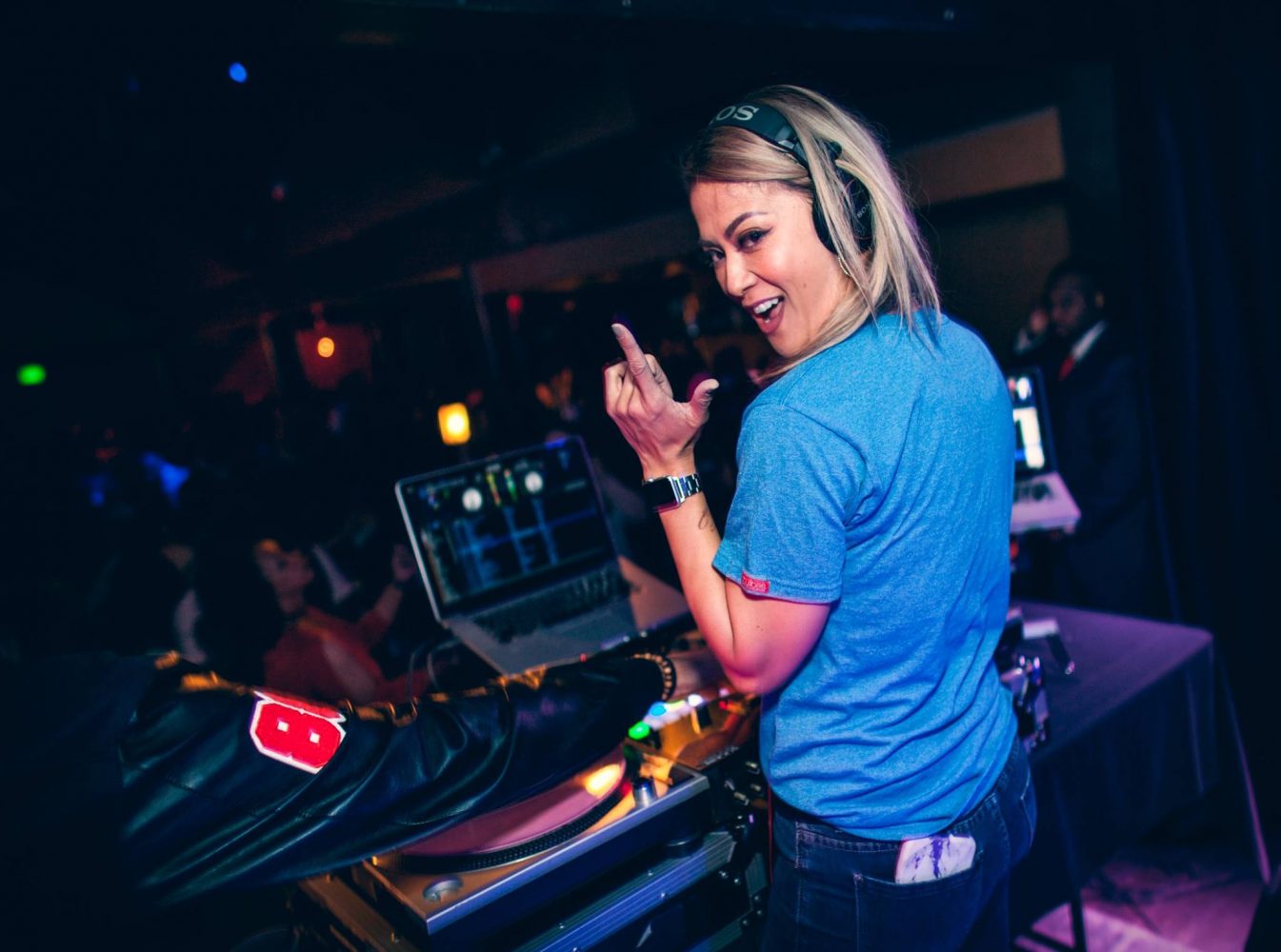 On to the interview:

You’re a DJ, artist, photographer, athlete, UX Designer… and the list goes on. Out of everything that you’ve done and are doing, what are you most passionate about?

DJ 360: I’m really passionate about my career. I’ve always been a creative person. All my life I’ve been told to entertain the idea of being in the creative field in whatever capacity I felt suits me. I ended up being a Product Designer and even at one point I was a Front End Developer in tech, but I found that to be too tedious, so I returned to Design. I never looked back. I love my career so much. It allows for me to apply meaningful design at peoples fingertips. I can make a difference and I can be fun and versatile. It excited me and it gets me up in the morning.

I’m passionate about helping people. I try to get to volunteering as much as possible. A good thing about the companies I choose to work for is that they are also very active in participating in charity events and giving. I get to help in many ways whether it be on my own time or the great people I work with.

Knowing what you know now, what would be the biggest piece of advice you would tell your younger self?

DJ 360: I feel that even outside of DJing, my advice to myself is from the great words of Tupac. “I don’t want it if it’s that easy.” The meaning behind that (for me) is that If you want something that is worth it, you’ve got to work hard to attain it. Worthwhile things aren’t as simple as acquisition or inheritance. You must commit and be disciplined with anything in life. Going through those motions make things worth it. And, never wait for things to happen or expect them to happen. You’ve gotta put in the heart and the work to get to the reward.

What DJs have influenced your style?

DJ 360: I really can say that every DJ I meet or observe whether in-person or via internet has an influence on me. My way of learning is like a sponge, I try to absorb all I see, feel, and hear from all sources. This list is not to say that I do not idolize other, but in terms of my style I’d have to say: Joe Cooley, Jazzy Jeff, Qbert, Icy Ice, Babu, Melo D, Scotty Fox, and Remark are my biggest influences for me in my style.

What is your favorite mixtape of all time?

DJ 360: Honestly, I LOVED all the mixtapes that were actually on cassette back in the day, but Legend Ent. and later mixes released by The Beat Junkies back in the day. You could hear these mixes and know it was Legend or Beat Junkies. Brings me back to those days when you’d ask folks, “Hey, can I dub that?” LOL

If you’re asking about my own mixes, I’d have to say, I completely love the Pool Party series of mixes. This is because dipping my feet in to that genre and style of music was REALLY new to me. As I began to specifically curate this kind of music, I grew a type of fascination with it. I felt like it pushed me out of my comfort zone, but as I got knee deep in to the music, I just kind of fell in love with it. It’s different for me. It was the gateway to expanding my musical preferences and tastes.

I also enjoy all the collaboration mixes I’ve done with other DJs. There’s that other flavor and style that they bring to the table. Going through that process with other DJs is probably the best part of the project.

What do you listen to when you’re in your car?

DJ 360: I listen to everything in the car, really. I Bluetooth in to my phone and let whatever is on there play. I also occasionally listen to nothing. The silence is purely accidental. Sometimes, I’m so stimulated by sounds, visuals, and the like, that occasionally, I feel like my mind needs silence. It’s the balance. Driving is therapeutic. I’m either wildin’ out performing my own personal concert in the car to music, or I’m in deep thought about life and food while I’m in silence.

I’m assuming you’re a fan of ATCQ and De La… What are your thoughts on hip hop’s evolution to where it is today?

DJ 360: I’m rather biased if you ask me. I’m always going to love music we call “Throwbacks” today. It’s the music I grew up on. I mean, even music I was raised on Soul, Blues, Rock and Roll, New Wave, Freestyle soft rock, Rap/Hip-Hop. The cycle of reviving music through root samples plays a large role in today’s music by giving us something new mixed with something familiar.

DJ 360: I have always had the interest to learn to DJ. Actually, my older brother was the one who hung out with the DJ crew in Oxnard. They lent him the turntables so he can learn but it was when I walked past his room and saw them there, I paused, took a few steps back and told myself: I’m going to learn how to play those someday. This was in 1990. 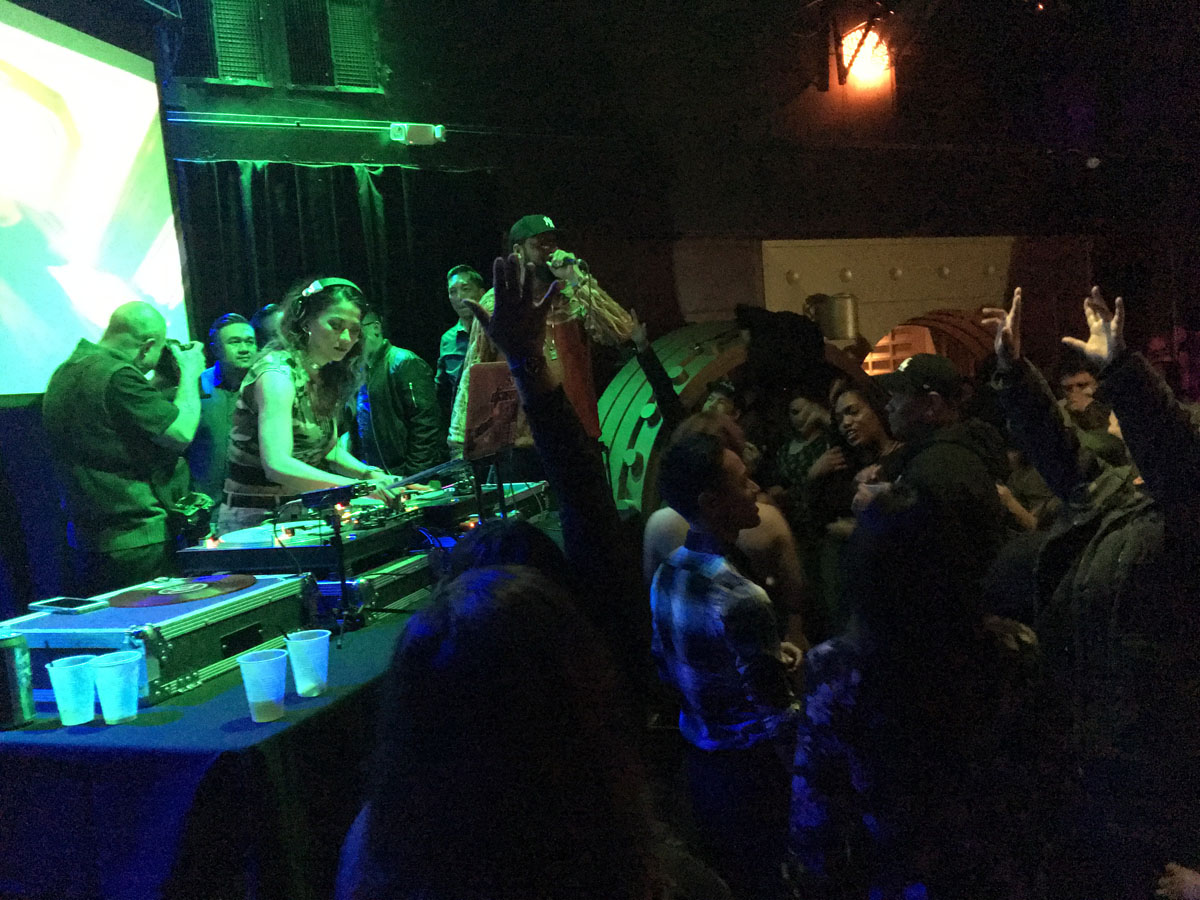 In 1992, my girl’s boyfriend, Richard actually had this idea to get a few of us girls together and make a female DJ group. He was my mentor and the one who I credit for getting me started and learning the fundamentals – and this was all done on vinyl. There were no visual crutches, no short cuts, no digital library, set cue points, or effects. From there, I continued to practice. I had a desire to learn. I haven’t seen Rich in almost 20 years. I got to unexpectedly reunite with him a few years ago and it was probably the greatest f*cking sh!t ever. He got to see me perform in Long Beach for the first time and I got to thank him for introducing me to the craft and pushing me to practice. I was SO emotional that moment I got to tell him that that I was tearing (and I’m not a cryer). I was so enthusiastic about introducing him to everyone as my mentor and I owe it all to that guy. Rich, if you ever get to see this. THANK YOU from the bottom of my heart. FOREVER.

There definitely weren’t many known female DJs at the time so it was really exciting time to be a part of the buzz. Today, it’s an amazing time to be in the scene as a female. There is a vast amount of skilled female DJs these days and that excites me.

DJing is predominantly male dominant, how was it DJing at the beginning? What were the reactions?

DJ 360: I suppose in the beginning it didn’t seem like (we) were taken seriously, but I think it’s because it was a newer thing to see a woman behind the booth and manipulating the records instead of seeing a dude. To me, it seemed more of a visual shock because, though you don’t get a direct sight linen to the DJ booth, at the time, you’d always assume it was a dude playing. When you see it’s a female, it almost seemed like, “Oh wow…that GIRL is doing her thing!” It’s beautiful. I love seeing fellow DJs winning like that!

I got the “Oh, shiiiiiiiiiit.” reaction. I got the creepy dude standing in front of the booth staring. I’ve had females hit on me afterward. I was even left 2 $20 dollar tips on two separate occasions. That was dope – like, seriously. lol

Thank you Jynki for your time and giving us dope mixes for our whips and pool parties!