It’s more fun to drive a slow car fast than a fast car slowly. Nothing represents this better than Gabe Ronquillo and his 2012 Civic Si on the starting grid at Sonoma’s HPDE (High Performance Driving Event). In an area dominated by high horsepower and big budgets, Gabe reminds us: “There is the misconception that you have to dump a lot of money and modifications into your car to make it track worthy.” To the casual observer, Gabe’s Civic looks like it rolled off of the showroom floor. However, the aggressive R33 Skyline wheels and staggered Advan rubber hint at this weekend warrior’s intentions. 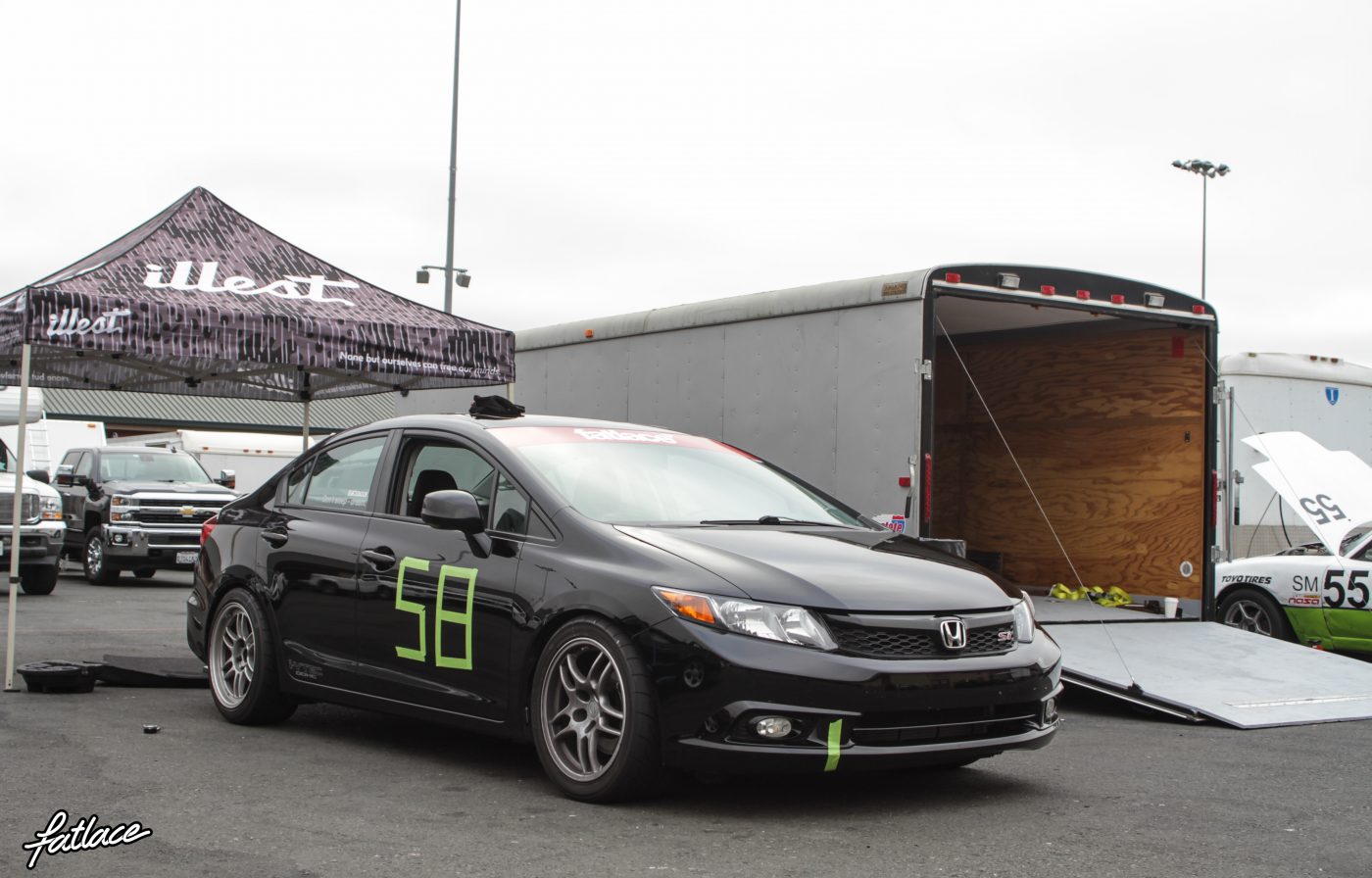 “Usually I go out to the track alone—it’s a good way to clear your mind. Out there, if you think about anything else, it’s dangerous.” Luckily, I was around to lend a helping lens to the early morning prep. Track days start early, so we had to be out of San Francisco by 5AM sharp. The holy tradition of having a McDonald’s breakfast before the circuit soon followed.

The devil is in the details, and making sure the tires are at optimal PSI is critical for handling. These pen marks are indicators that will wear down if the tire pressure is too low. This can often be overlooked. 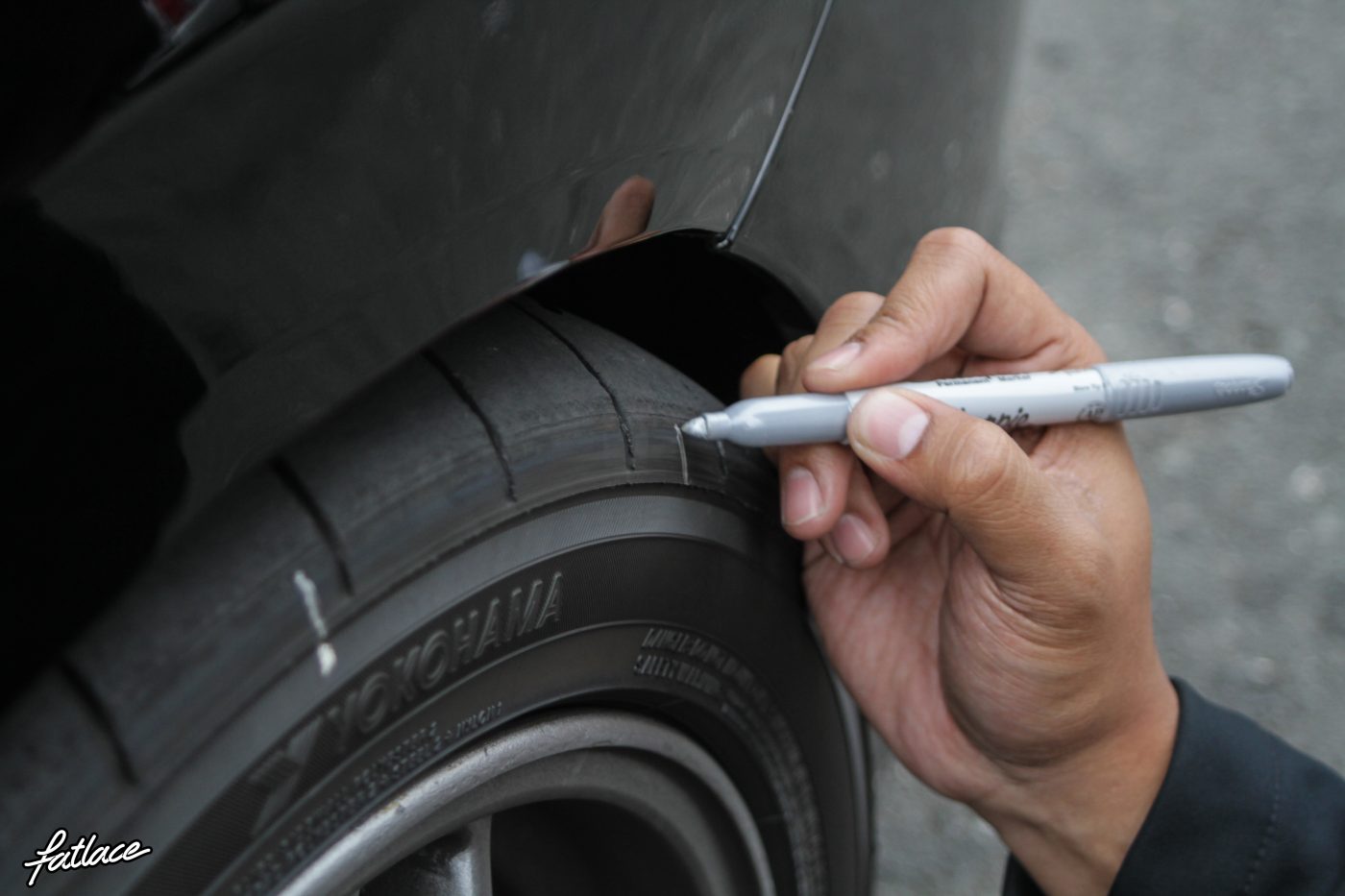 NASA HPDE is open to street trim cars. You can have your full interior and still be able to run on the track. 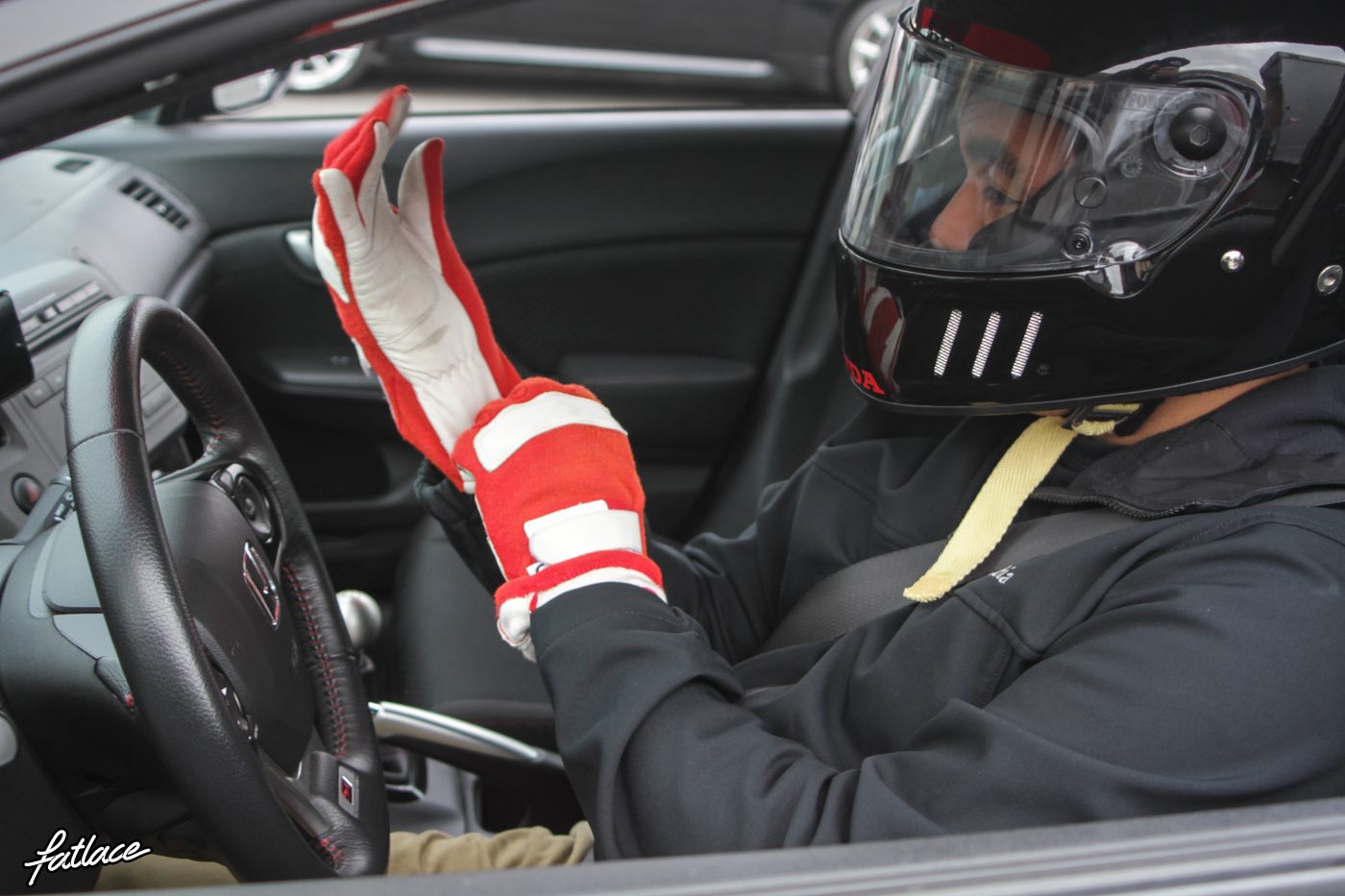 Vehicles in varying stages of modification can be seen getting ready for their session. 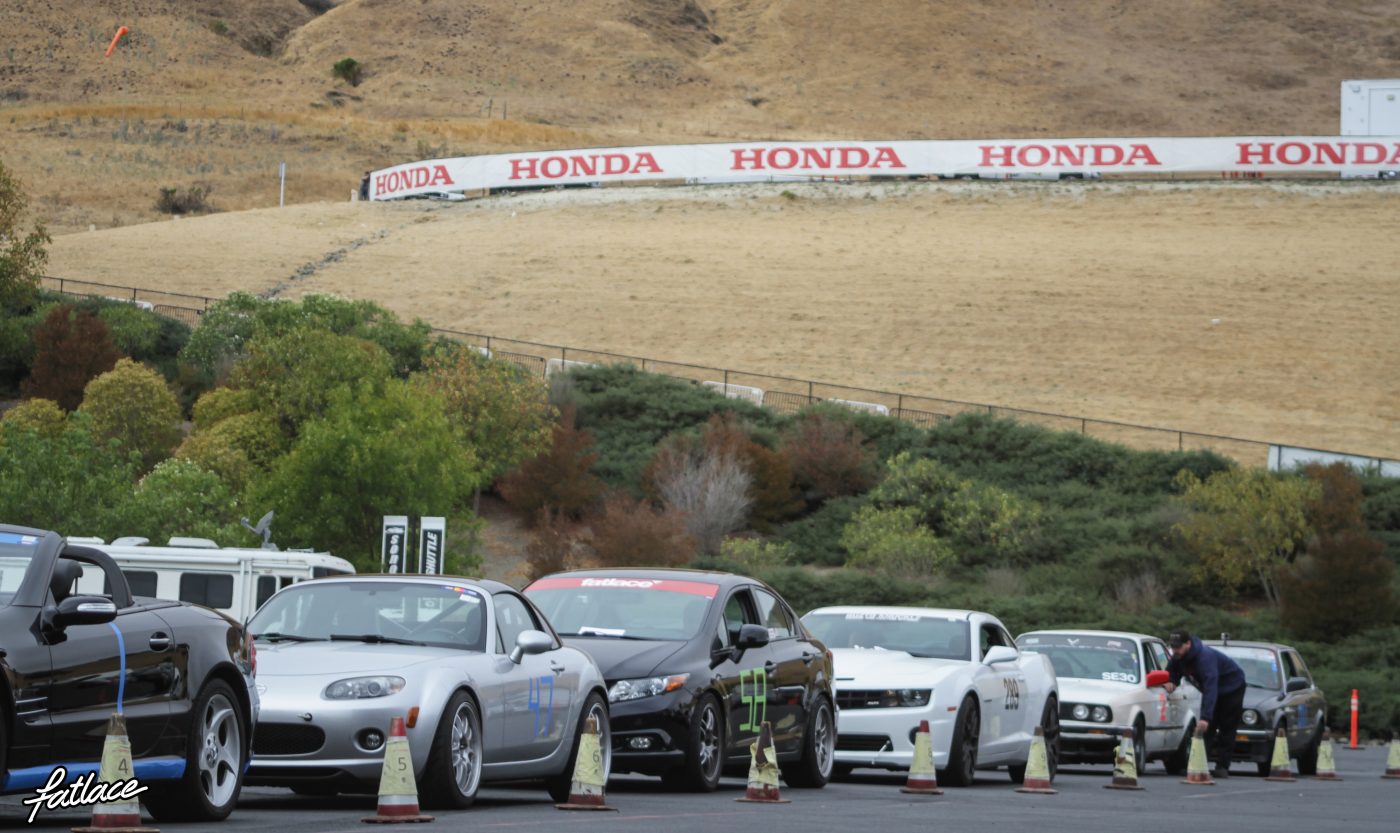 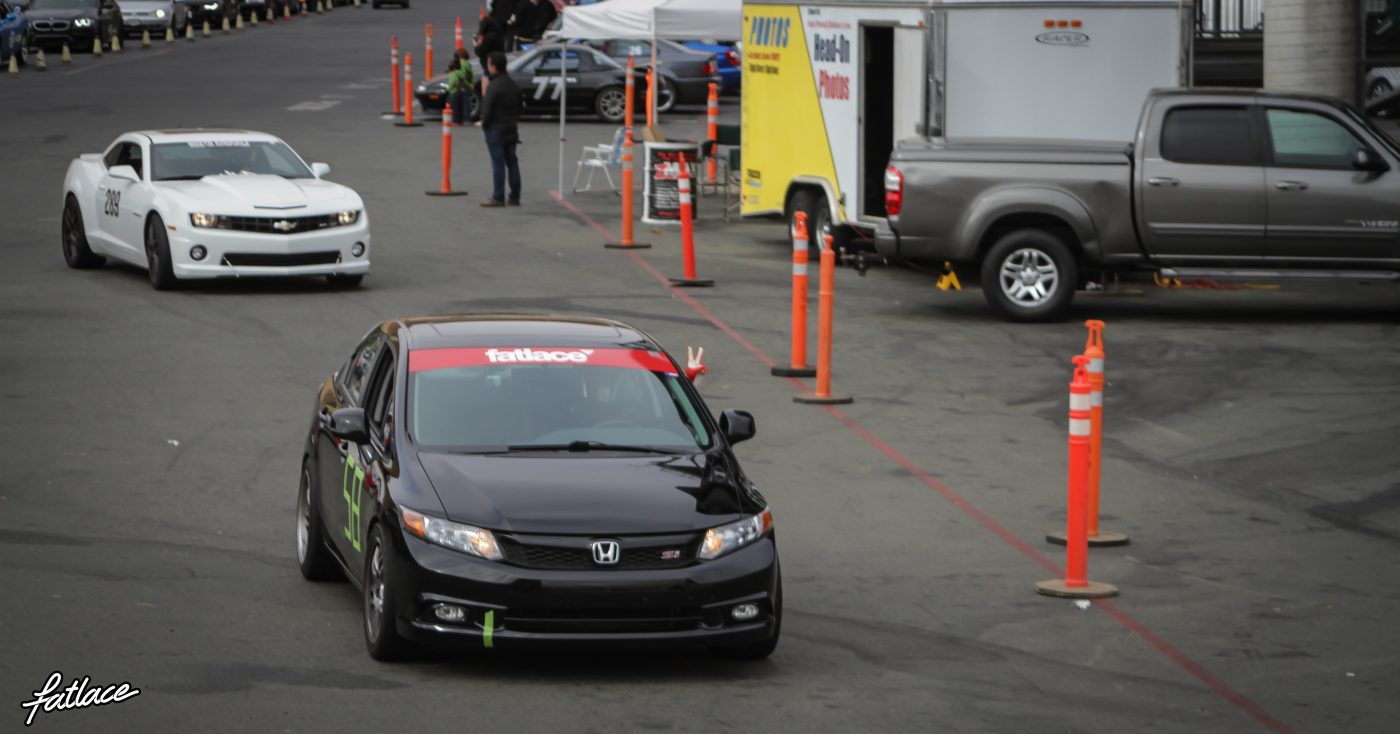 I thought it would be a good idea to stay cool under the Illest tent in between heats. 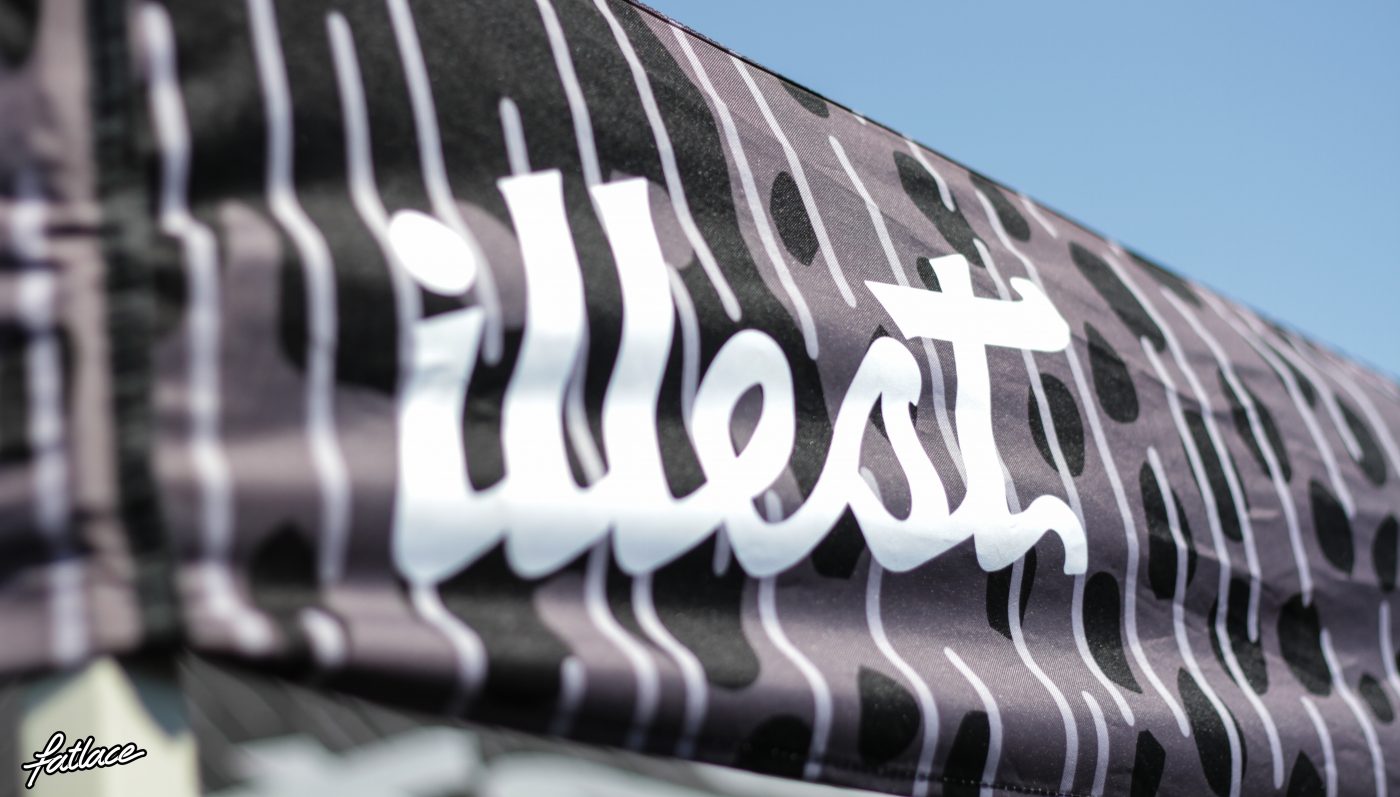 There is only a brief window to capture the drivers gunning for their personal bests. Gabe broke down the climate of the track; “It’s all about having fun and doing your personal best (lap time) comes in as a close second. To me, what makes the car fun is how it’s balanced. Horsepower isn’t everything. I subscribe to the idea that it is more fun to drive a slow car fast than a fast car slowly. It keeps you honest and it makes you drive that much harder because you don’t have horsepower to rely on.” 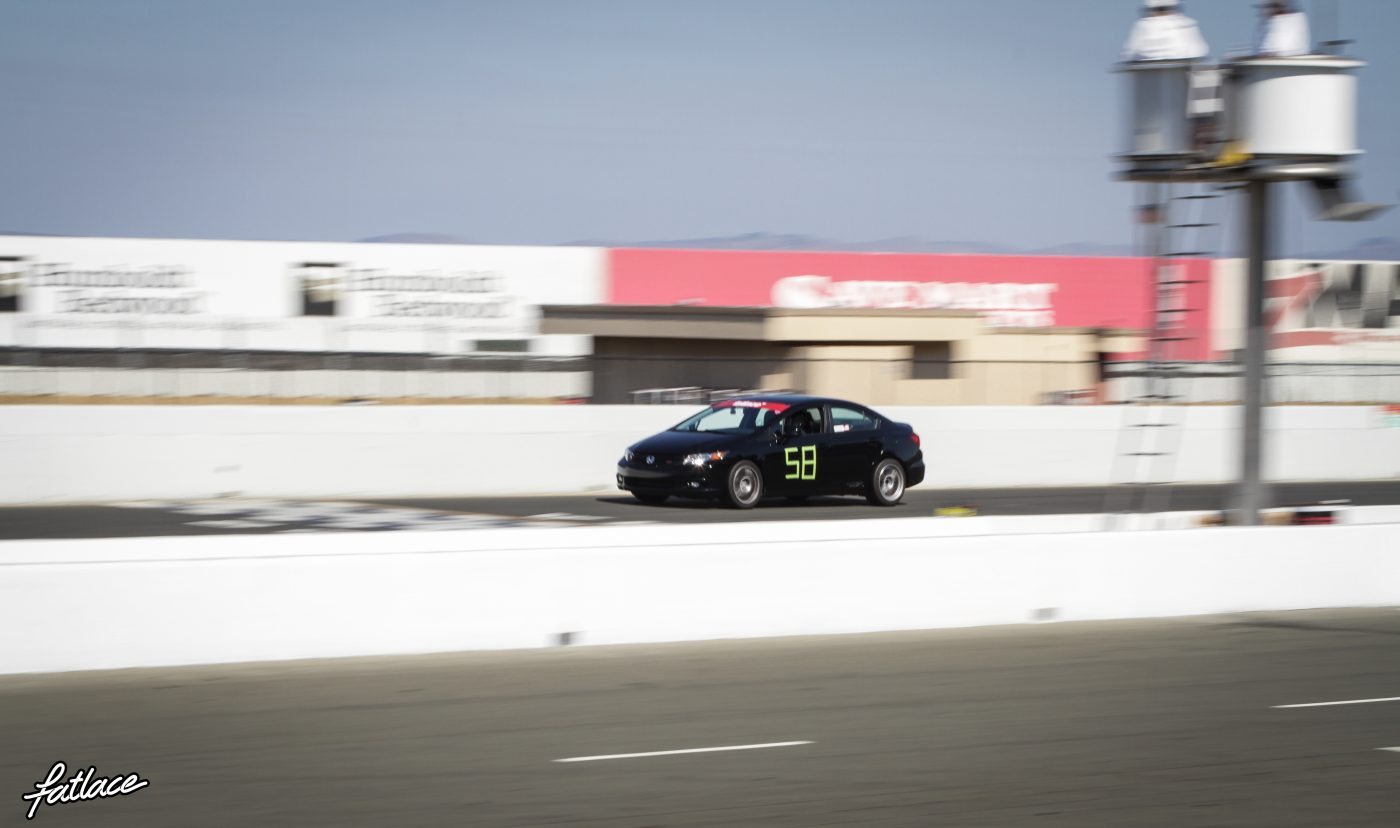 Somewhere between turn one and two, the elevation takes its toll on the lower horsepower cars. I thought it was curious that despite having an ocean of options, Gabe selected this chassis. “There’s that adrenaline rush when you are driving at the car’s limit. You modify the car based on the weak points you’ve identified.  Not everything should happen at once. You can max out on your stock setup then you say to yourself, ‘okay— now I need new tires or a stiffer spring rate.'” 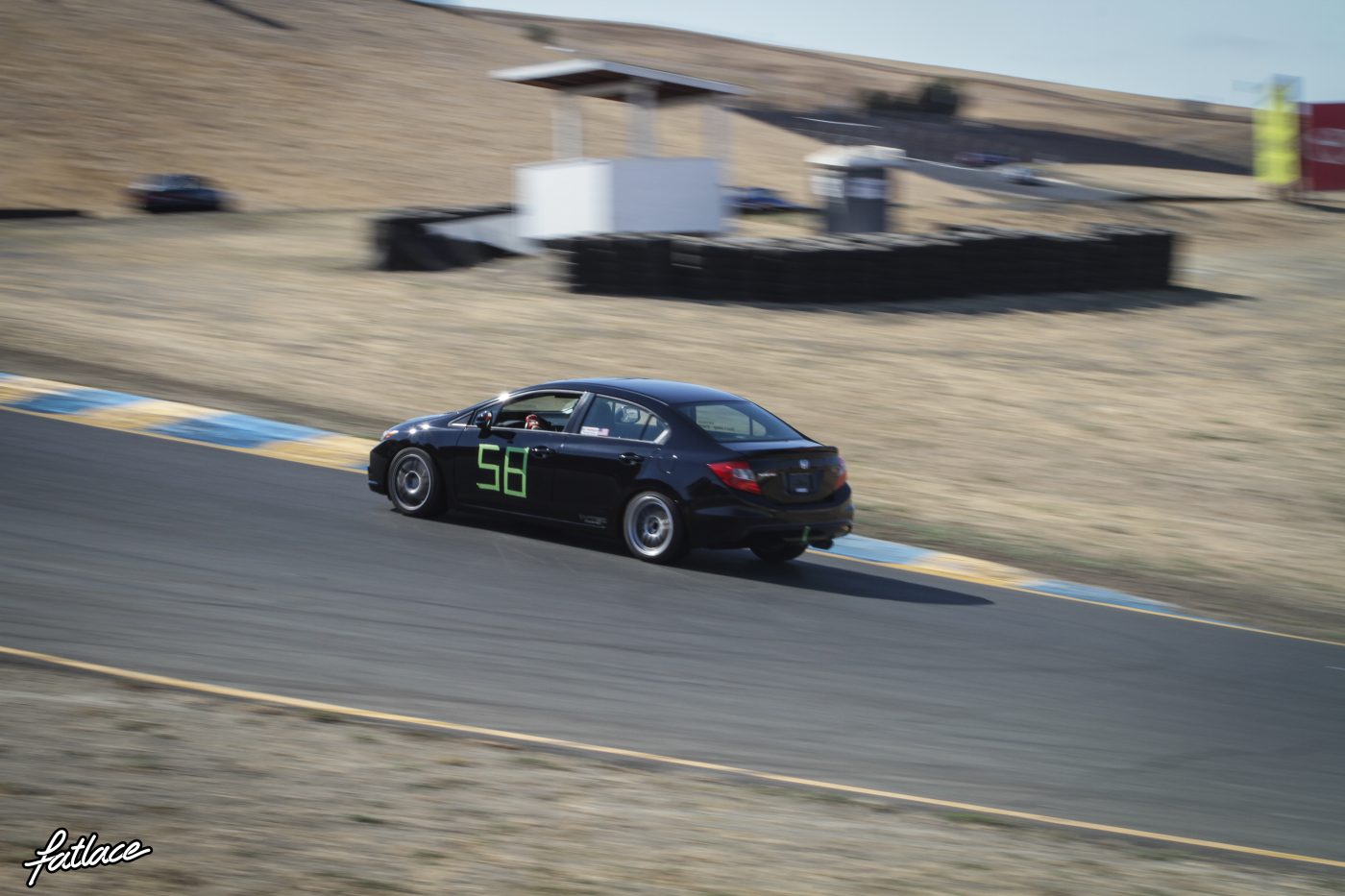 The car world can be a small one, and familiar faces are ever present. “It’s a friendly atmosphere where people help each other. When I first went I didn’t know anybody, but I was greeted by other first timers. Eventually, we share insights on how to attack certain turns or alignment specs to run.” 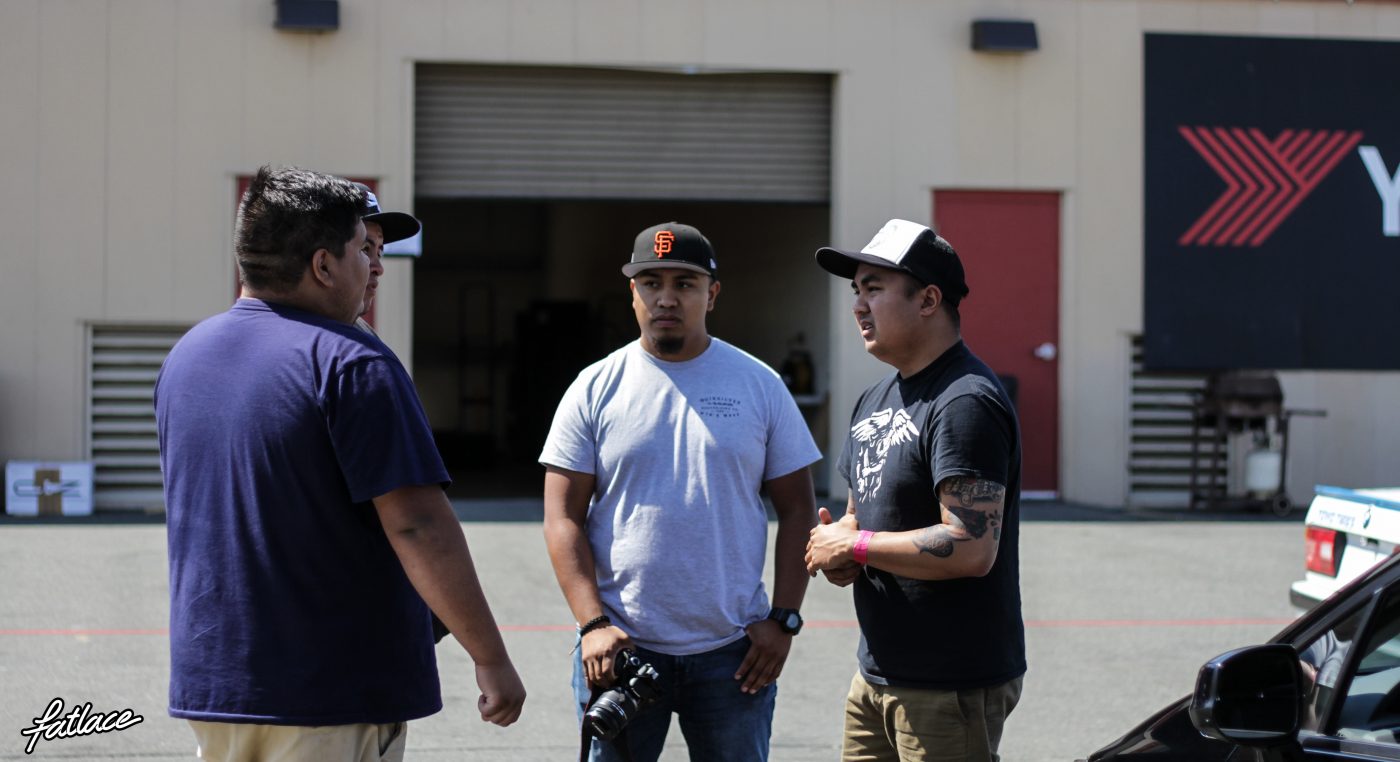 I noticed a habit that I feel is a mark of a track regular. Gabe was monitoring the condition of the vehicle between runs. It’s important to check throughout the day for torque specs and tire pressure. 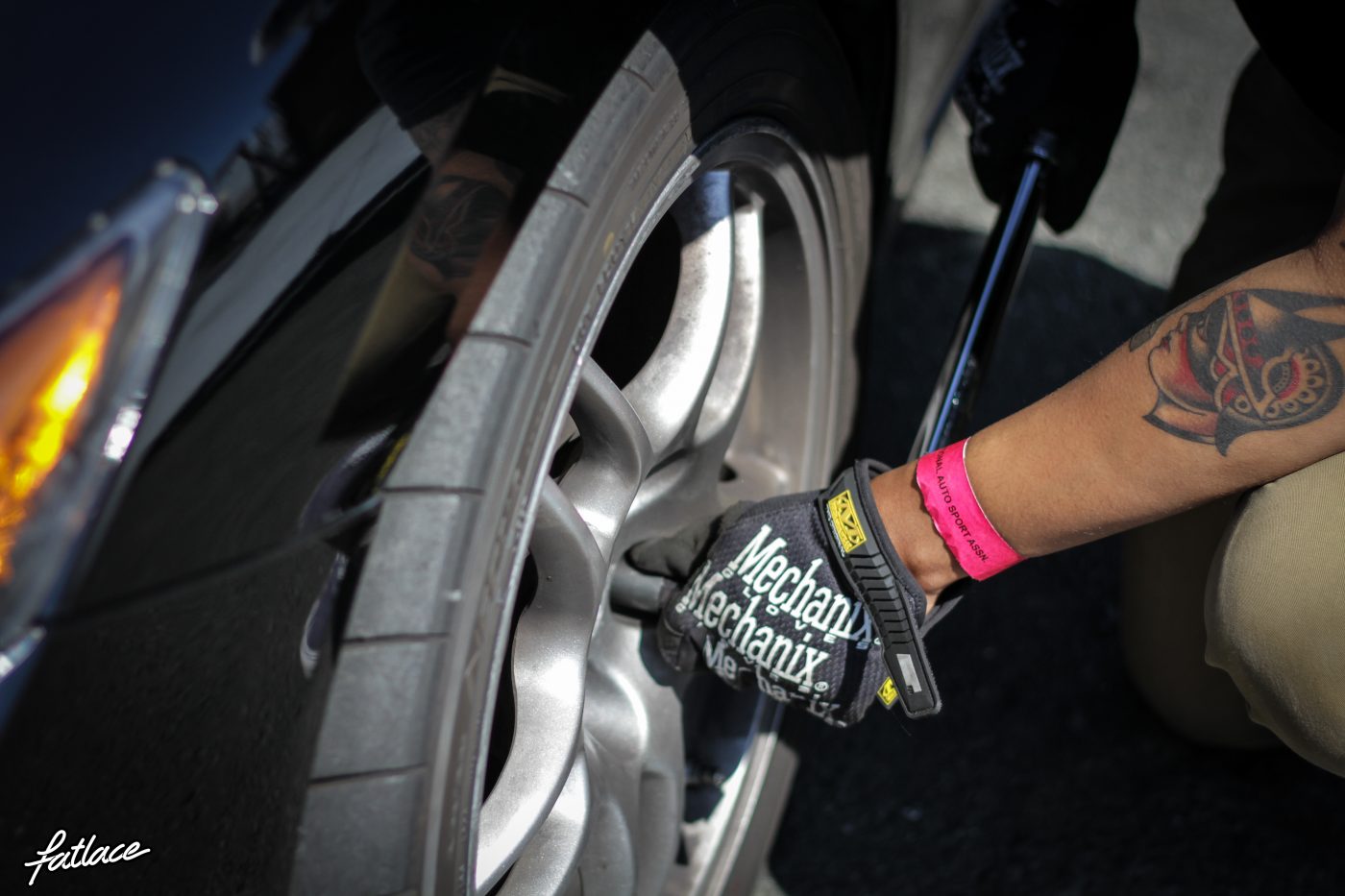 Kawaii pose time! I think you can never have enough photos like these for the ‘ol album to show your future kids. 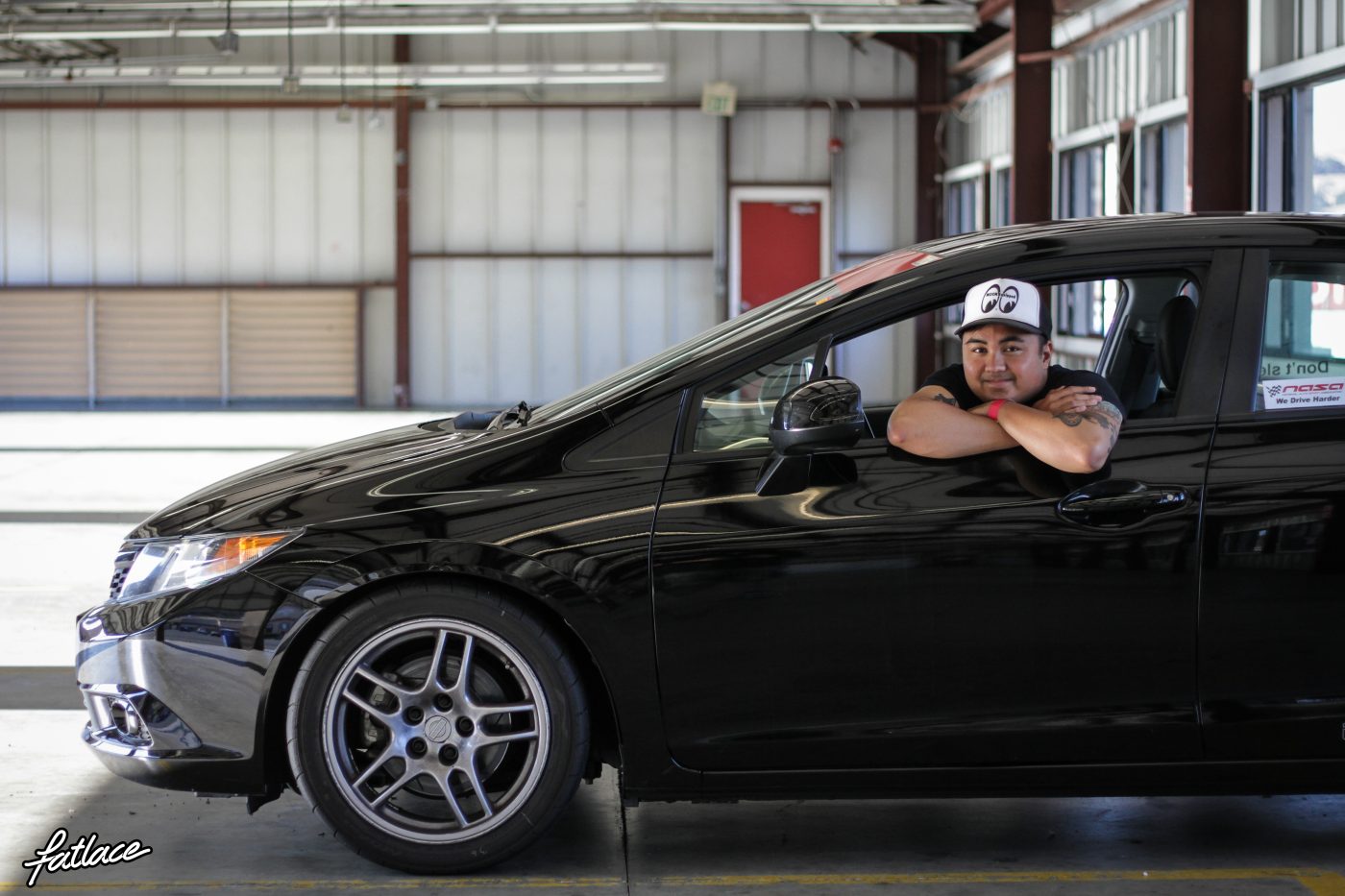 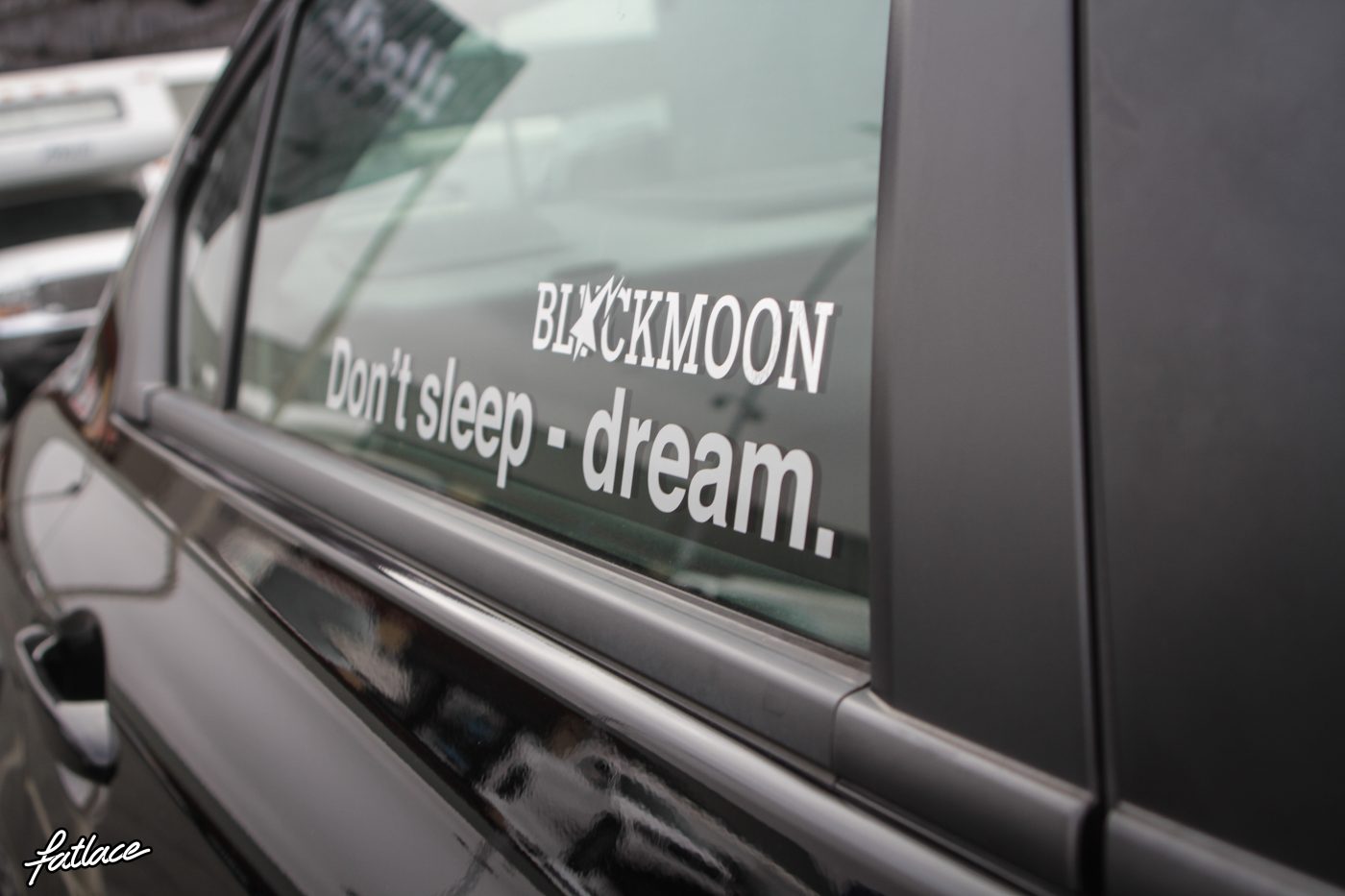