On Friday, East 3 came by Rauh Welt to do a piece titled, ROUGH WORLD. Hailing from Hawaii, East 3 is a life long “Writer” and Hip Hop practitioner since the 1980′s. In 1993, he met and began studying under his mentor, the legendary P.H.A.S.E. 2 (NYC). Currently East 3 works closely with Mighty 4 youth non-profit to help strengthen the youth in numerous states and cities.

Check out the phases of his and Kraze’s (also from hawaii, who did the character) work and be sure to look out for some exclusive products on the site. 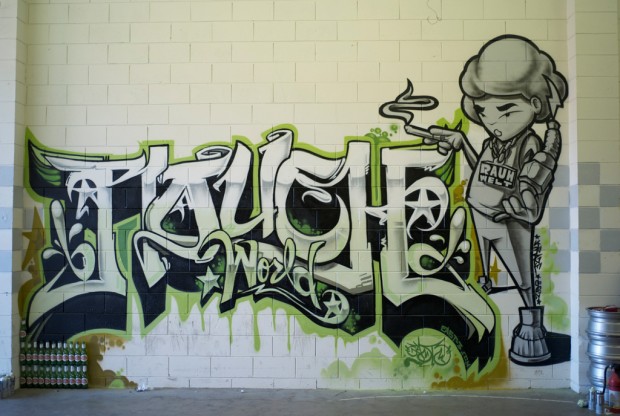