4th of July SALE!!
eGarage Celebrate the 4th of July with this Amazing Video of A Lambo Diablo SVR
Thanks Houston Astros Tickets for the support
EVENTS, GARAGE LIFE, LIFE / Posted by Sebastian / 03/07/2013

I wanted to personally go to East Coast Bash this past weekend (7/29-30) but unfortunately I was not able to. However, Paul Fregeolle from Team Bushido was able to provide us with some great photo coverage and words! Thank you Paul!

“There was no doubt in my mind that East Coast Bash 2013 wouldn’t live up to its hype and proved to be yet another awesome weekend event thanks to the Club Loose family.  Unlike many similar drift events in the area, ECB is always one giant party for everyone – whether you’re there drifting, spectating, RC drifting, shooting photos/video, or just simply drinking, having a good time, and getting sunburnt.  The fun is non-stop, there’s always some old and new faces to run into, and it’s fun to watch the crowd get more and more pumped throughout the day while they watch the drivers.  One of the raddest aspects of ECB is the fact that there’s such a diverse range of driving skill, and minimal negativity.  Everyone is just there to enjoy themselves and have a good time.  It’s crazy to see such fresh drivers running the same course as big-name, professional drifters, and such a wide spectrum of vehicles”.

“In true East Coast Bash fashion, the Drift Alliance guys made their presence well-known in their recently black-themed missile cars.  Truly some of the most humble guys you’ll meet too – Forsberg, Gittin, Tuerck, Angelo, Wilkerson (Brian, not Walker) – all mesh so well with the crowd and other drivers. It’s just really cool to see these guys all working together on their own cars, helping each other out, just to share some grins and high times”. 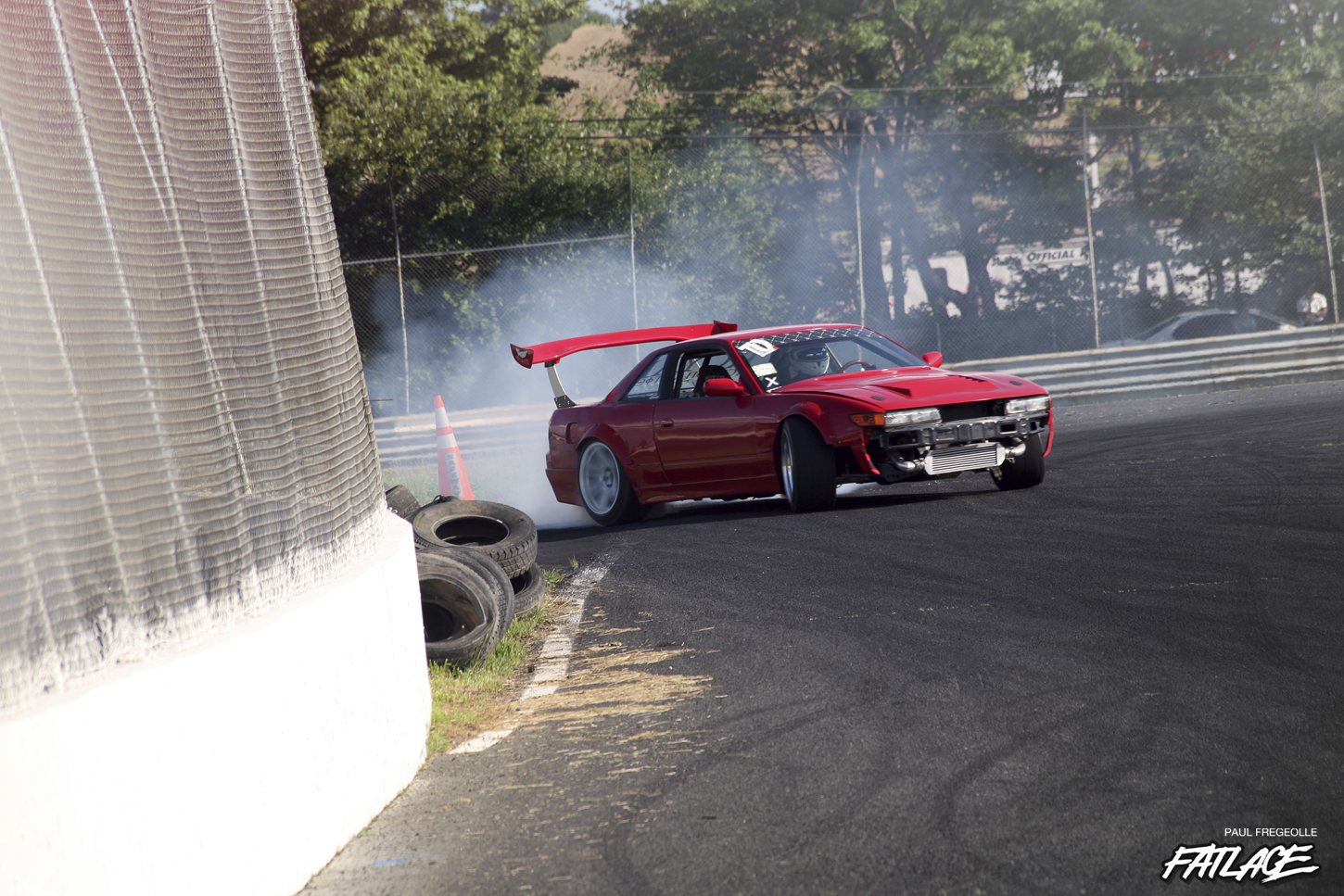 “Personally, my favorite car of the day was the red Nissan S13 coupe, belonging to the owner of Grip Royal.  Equipped with a Big Country Labs wing, some killer overfenders, and a meaty wheel & tire combo, I immediately was attracted to that car like a moth to a streetlight”.

“Throughout the day, all of the drivers continued to push each other harder and harder, and seeing the friendly battling amongst them really gets exciting and makes the event what it is.  Forsberg and Gittin finalized Saturday’s shenanigans with a little tandem donut action to get the crowd hyped up before that evening’s festivities – aka hitting the on-track bar-in-a-barn known as Sneaky Pete’s, where your choices are Budweiser or Bud Light.  All in all, it’s certain that everyone who attended this year’s East Coast Bash was beyond ecstatic that they went, and although I hear that this could have been the last major ECB event, I’m already looking forward to what next year will bring.” 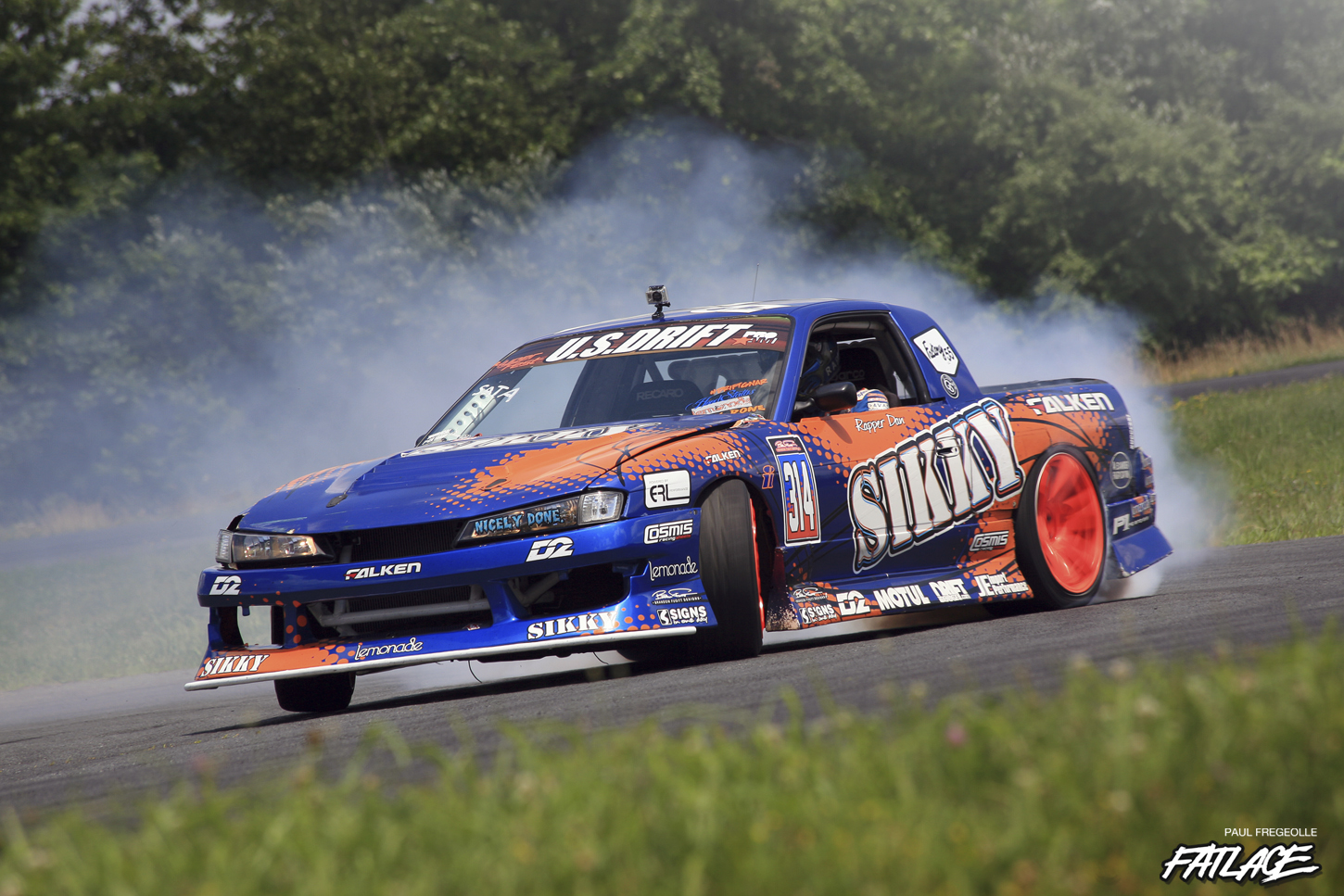 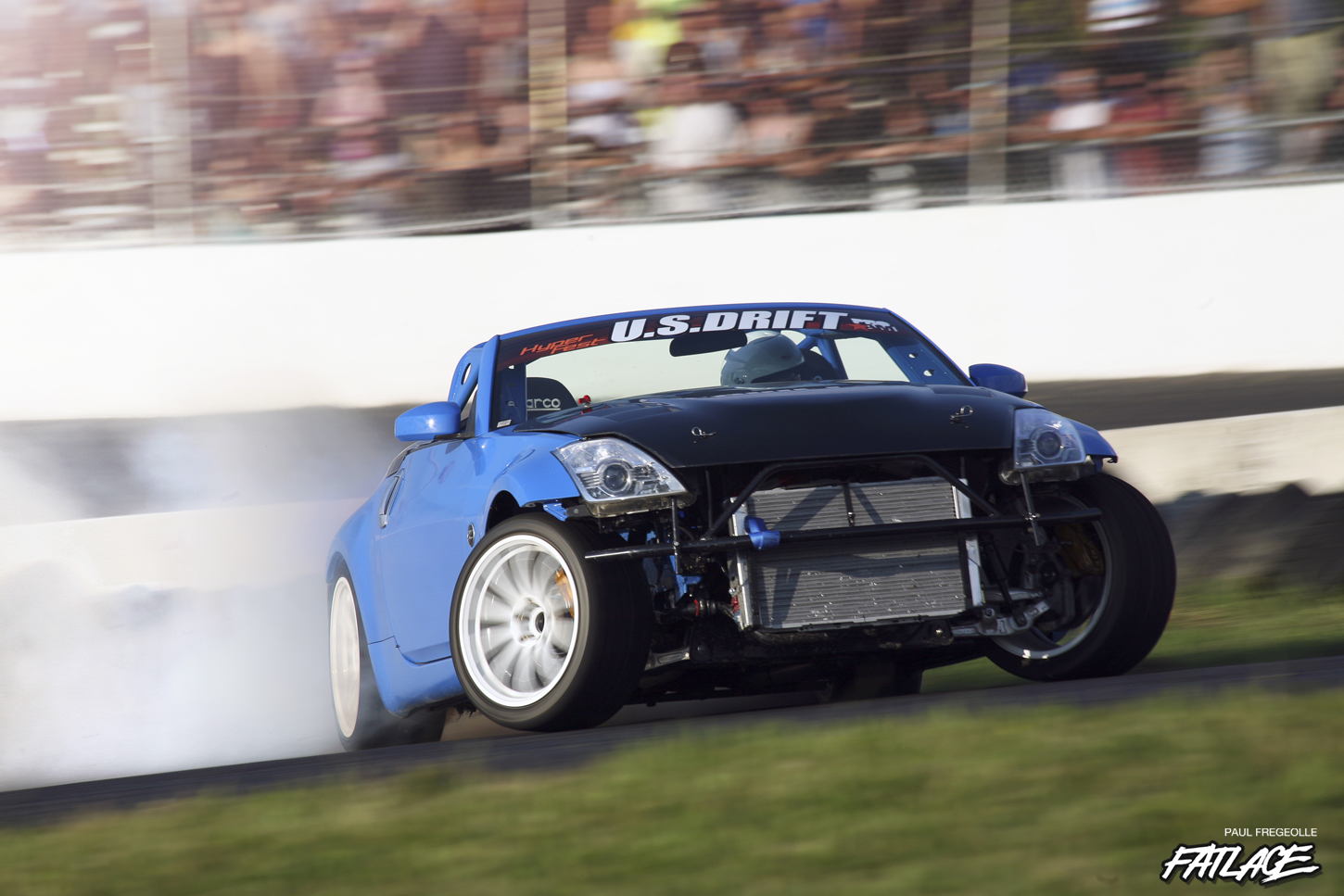 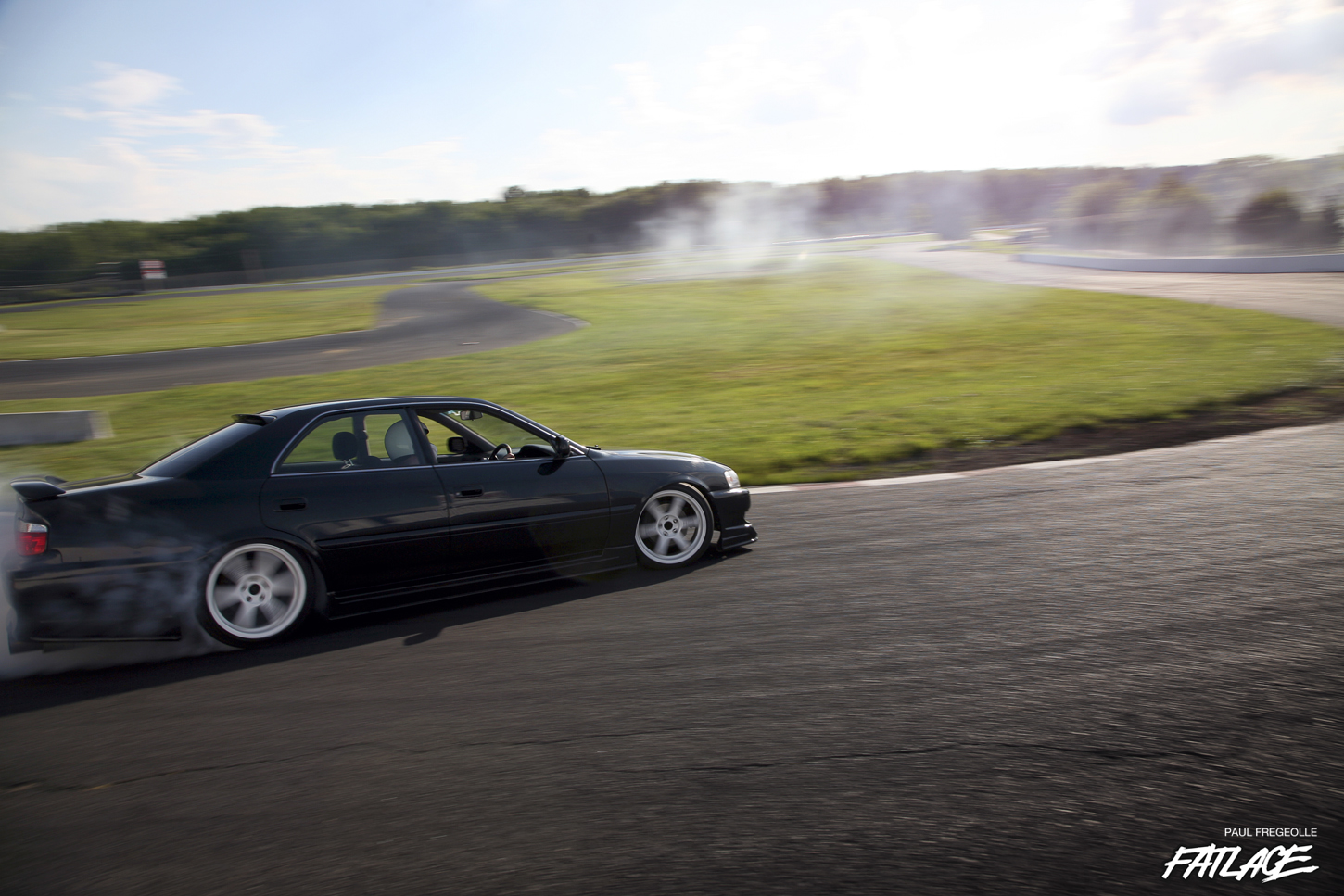 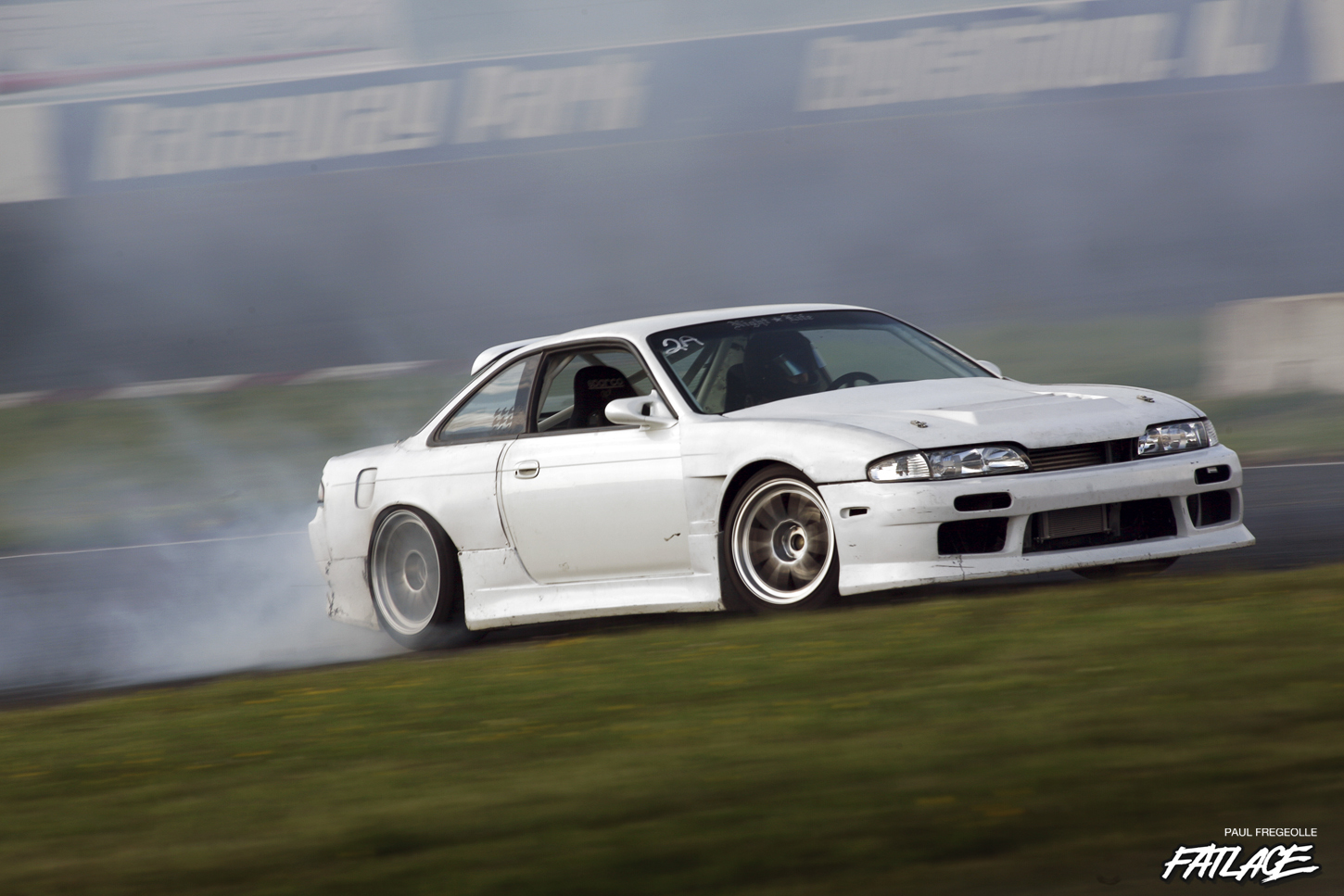 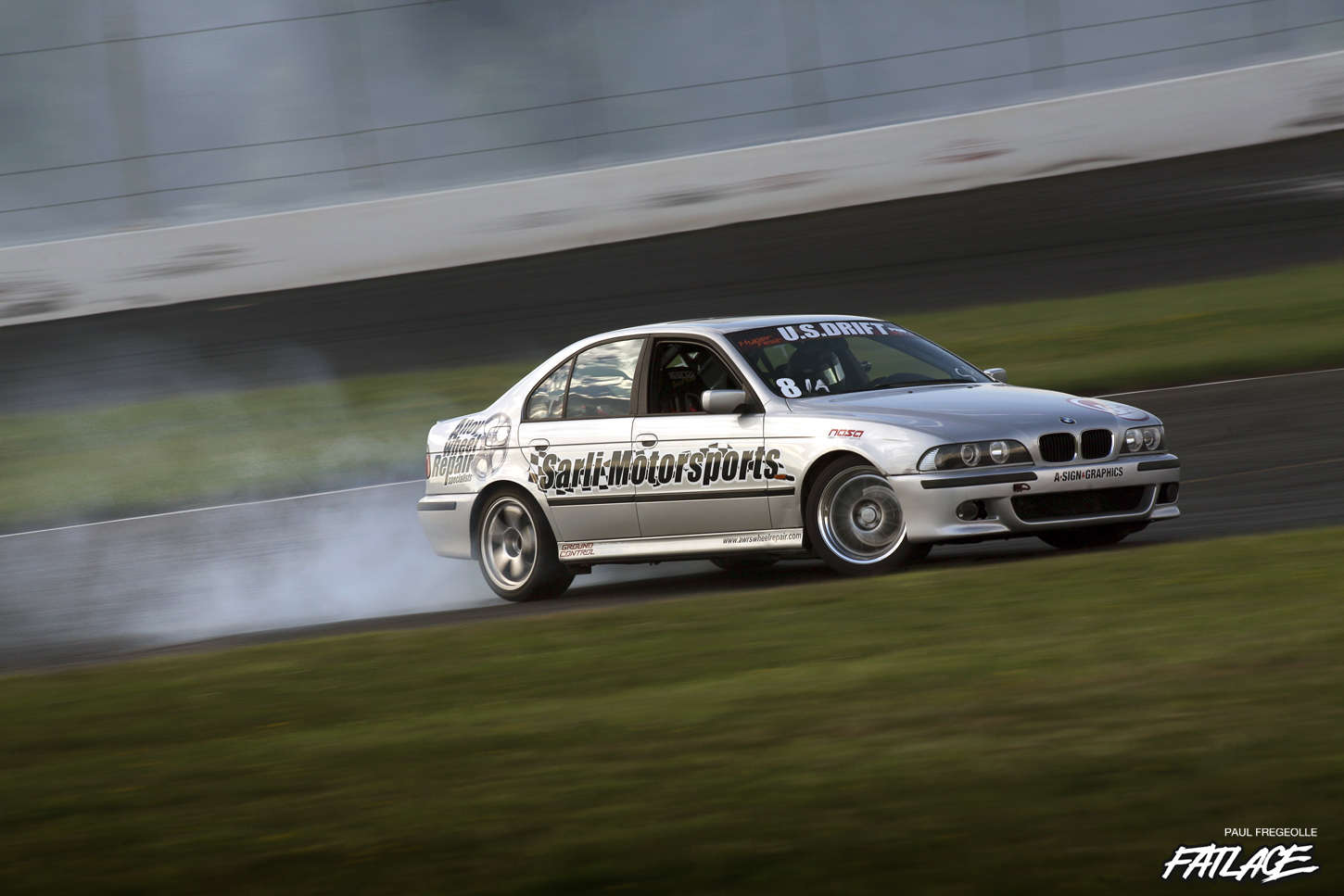 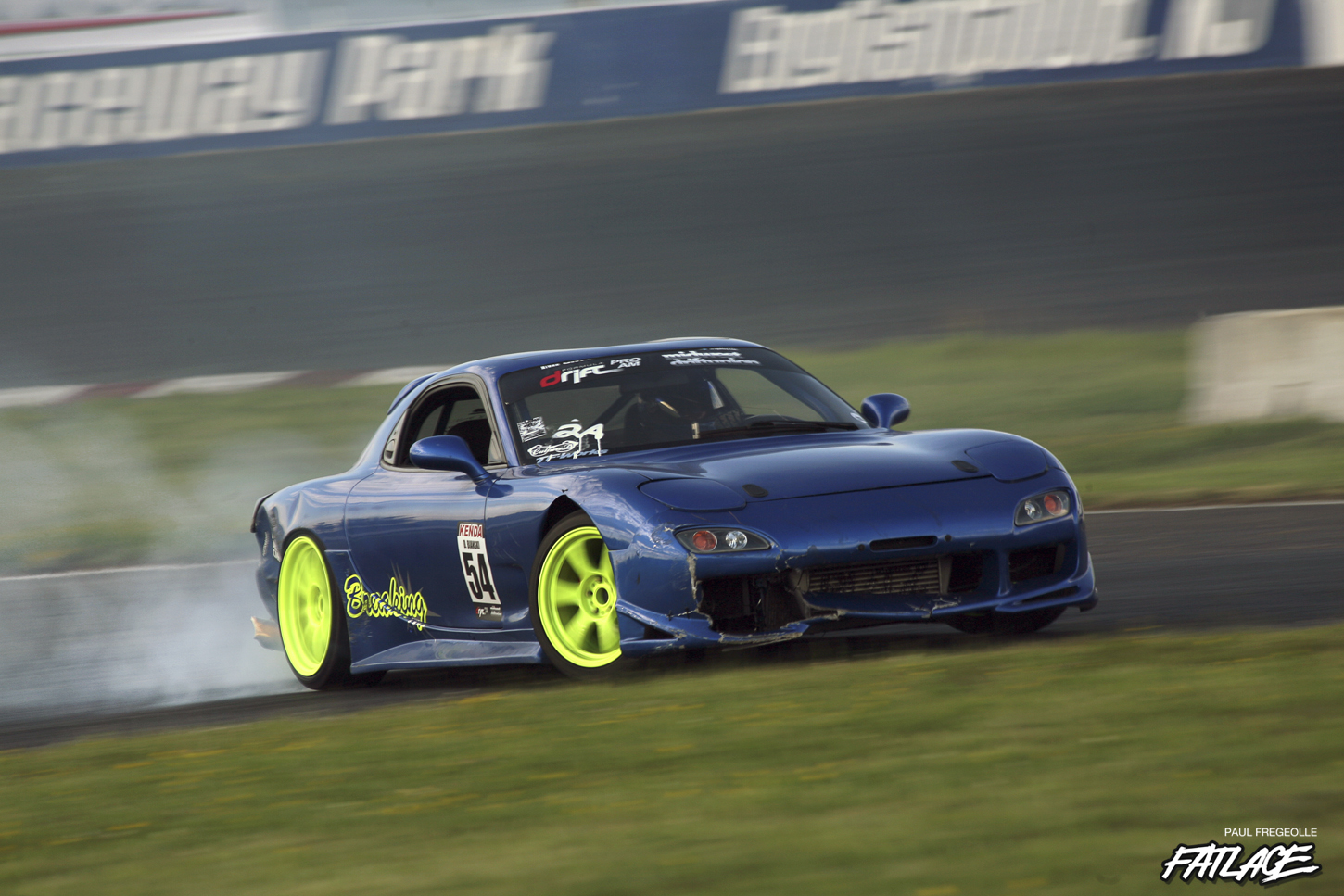