Something we do not see posted around here are Kei cars. What are Kei cars, you might ask? Kei cars are a category of small vehicles that are very popular and plentiful throughout Asia. They are usually designed to complying with tax and space regulations in these countries.  Over in Malaysia we have the Myvi, which is a Kei car that is manufactured by Perodua out of Malaysia. Perodua has been manufacturing the Myvi since 2005 and it has been the best selling car in Malaysia for 5 straight years (2006-2010). The Myvi is the result of Perodua’s collaboration with Toyota and Daihatsu and it’s based on the second generation Toyota Passo and Daihatsu Sirion/Boon. 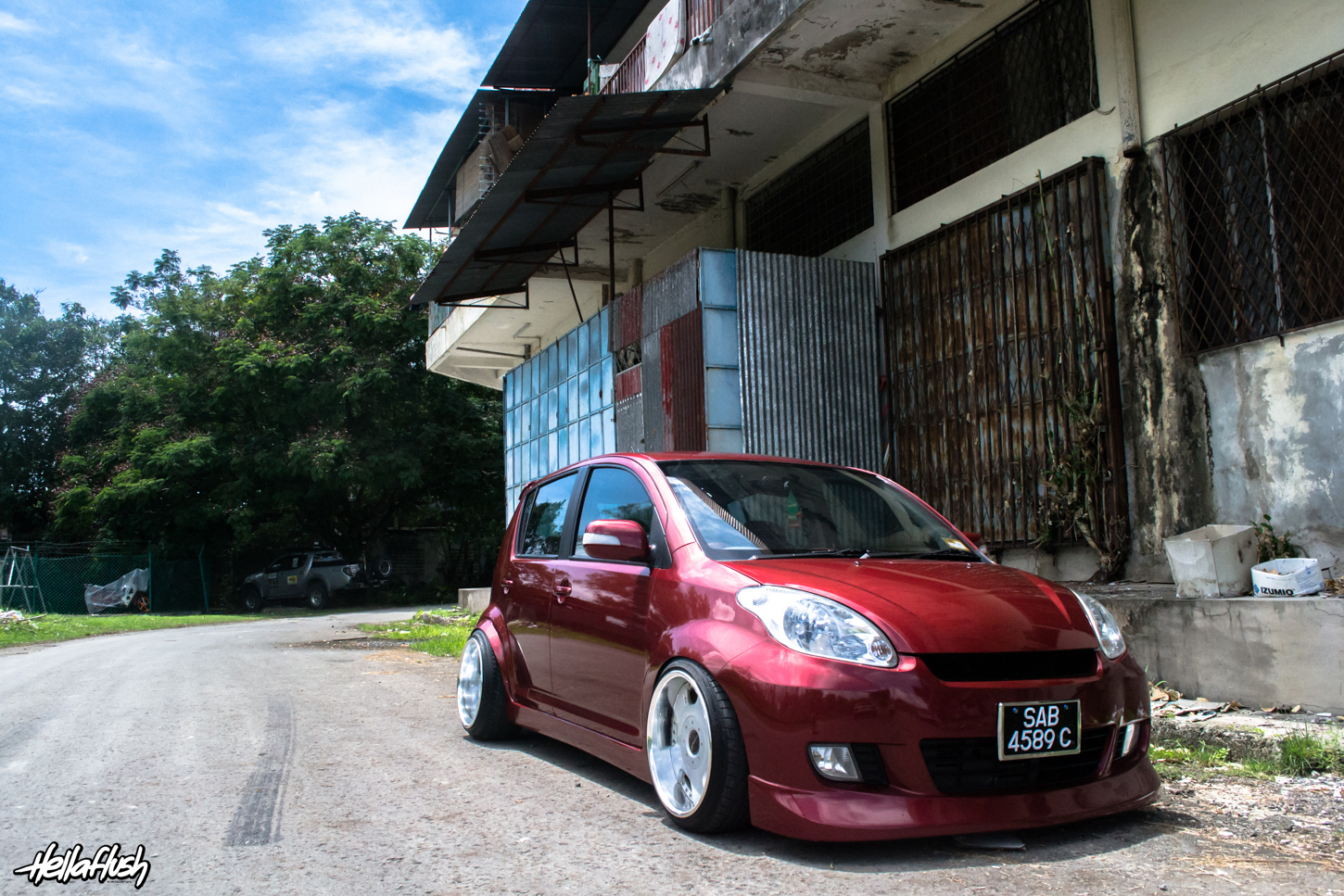 Here we have Ewin Constantine from Kota Kinabalu, Sabah, Malaysia with his 2009/2010 facelift Perodua Myvi on SSR Vienna wheels all around. 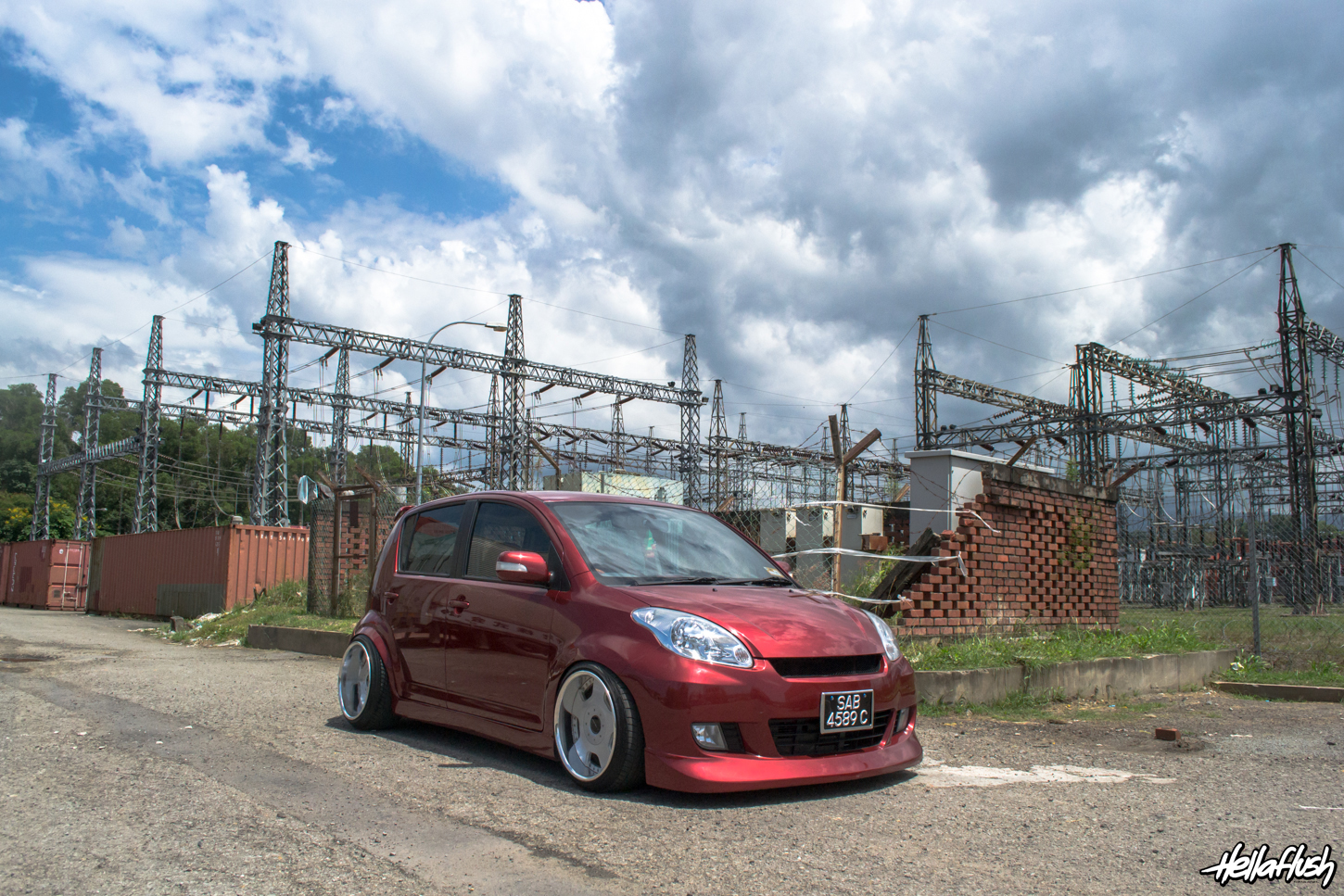 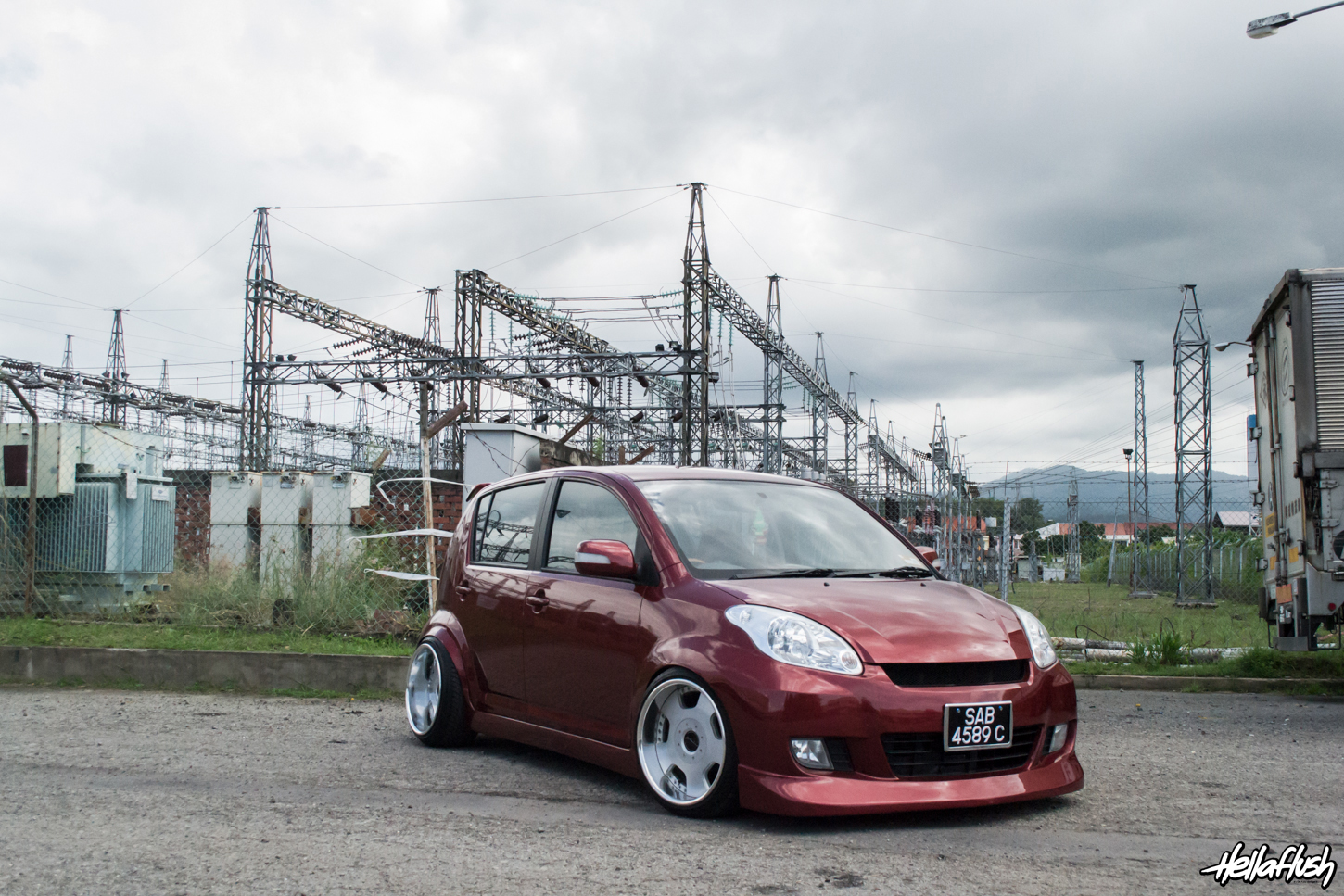 What inspired Ewin? He was inspired by the VIP car scene back in 2010 to modify his car, while also looking up to US car crews like Royal Origin, Low Ballers, Wrong Fitment Crew, and more. 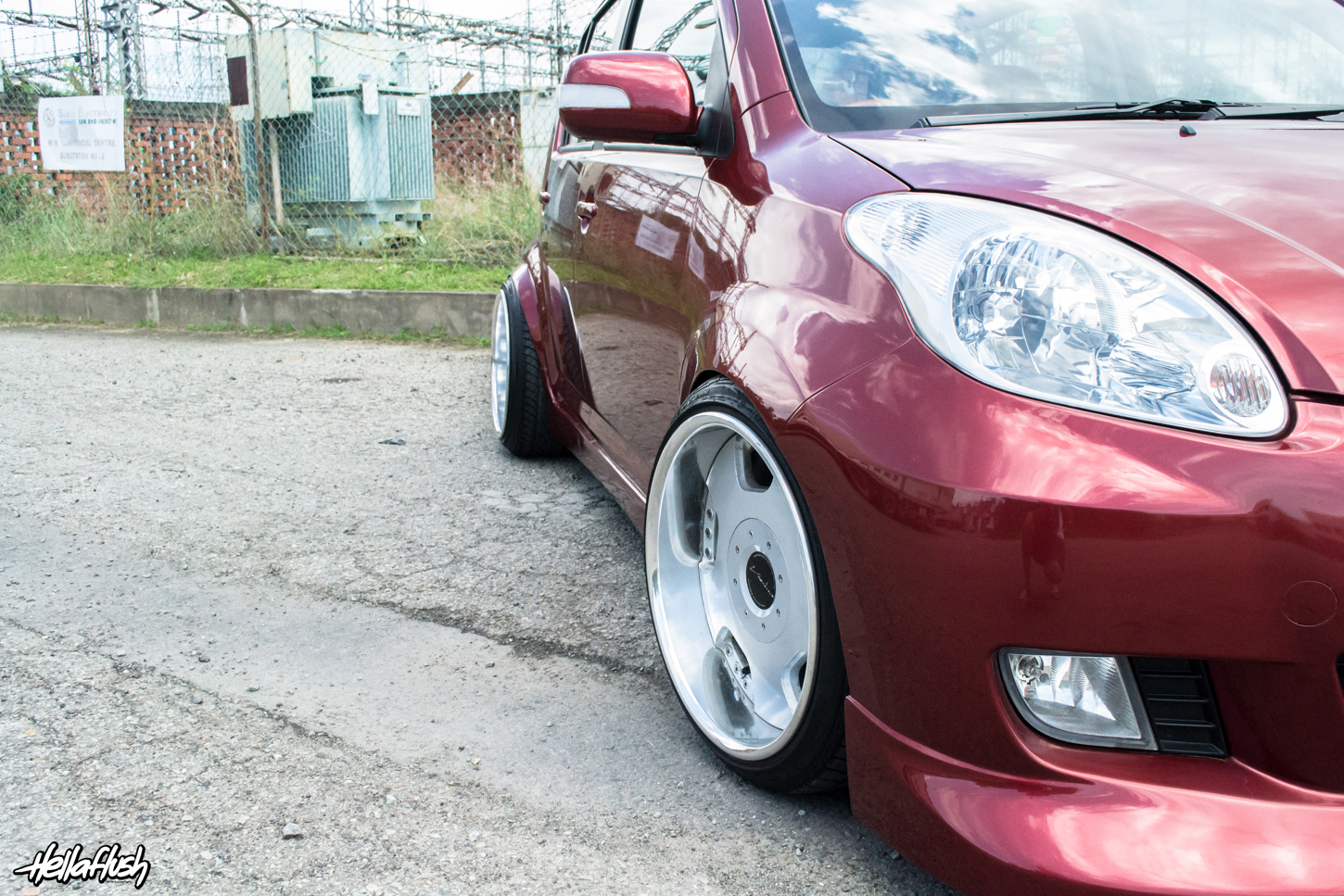 The Hellaflush scene in Malaysia has been growing slowly and making more of an appearance throughout the internet  There have been people organizing events and meets for people to come together and share ideas. 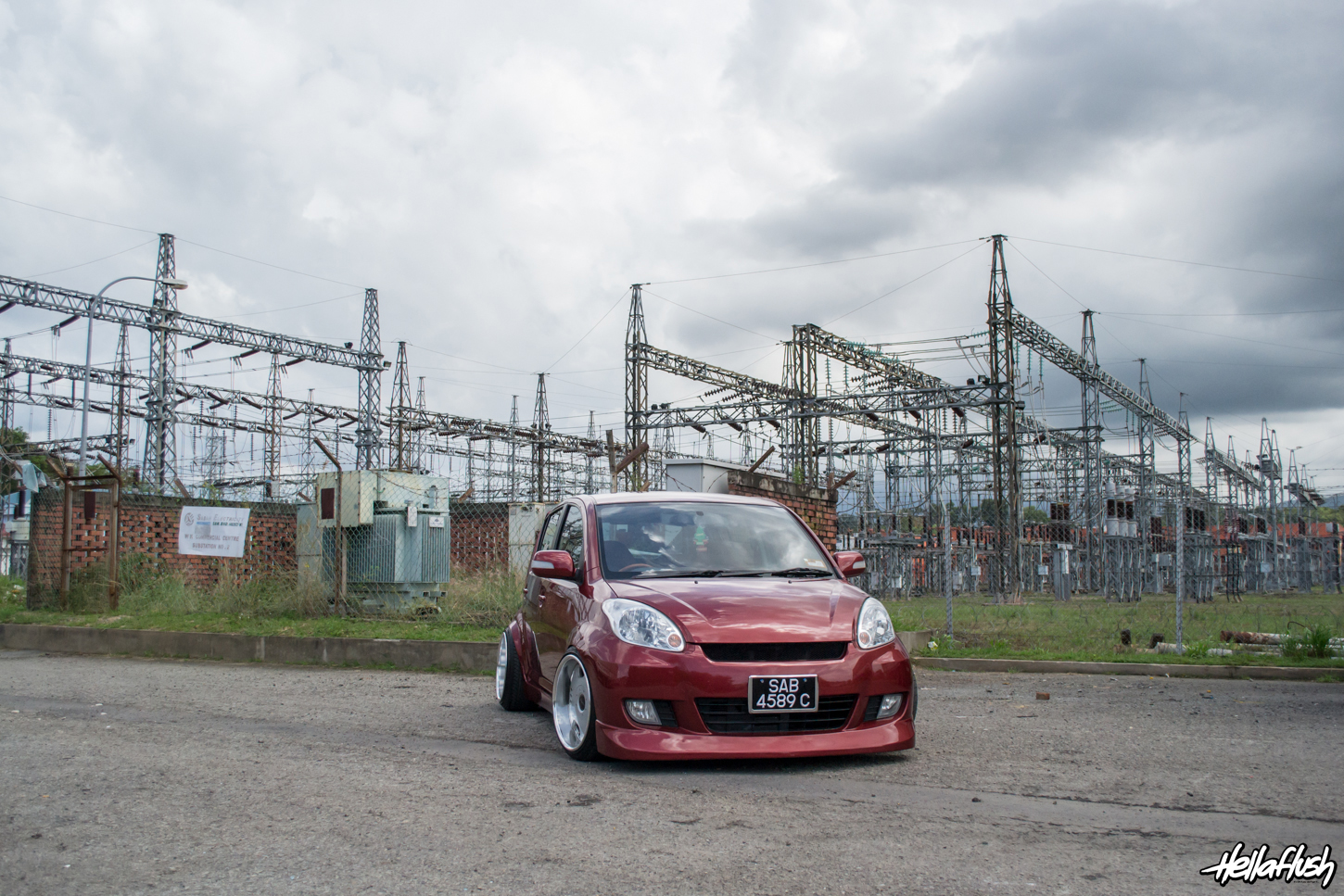 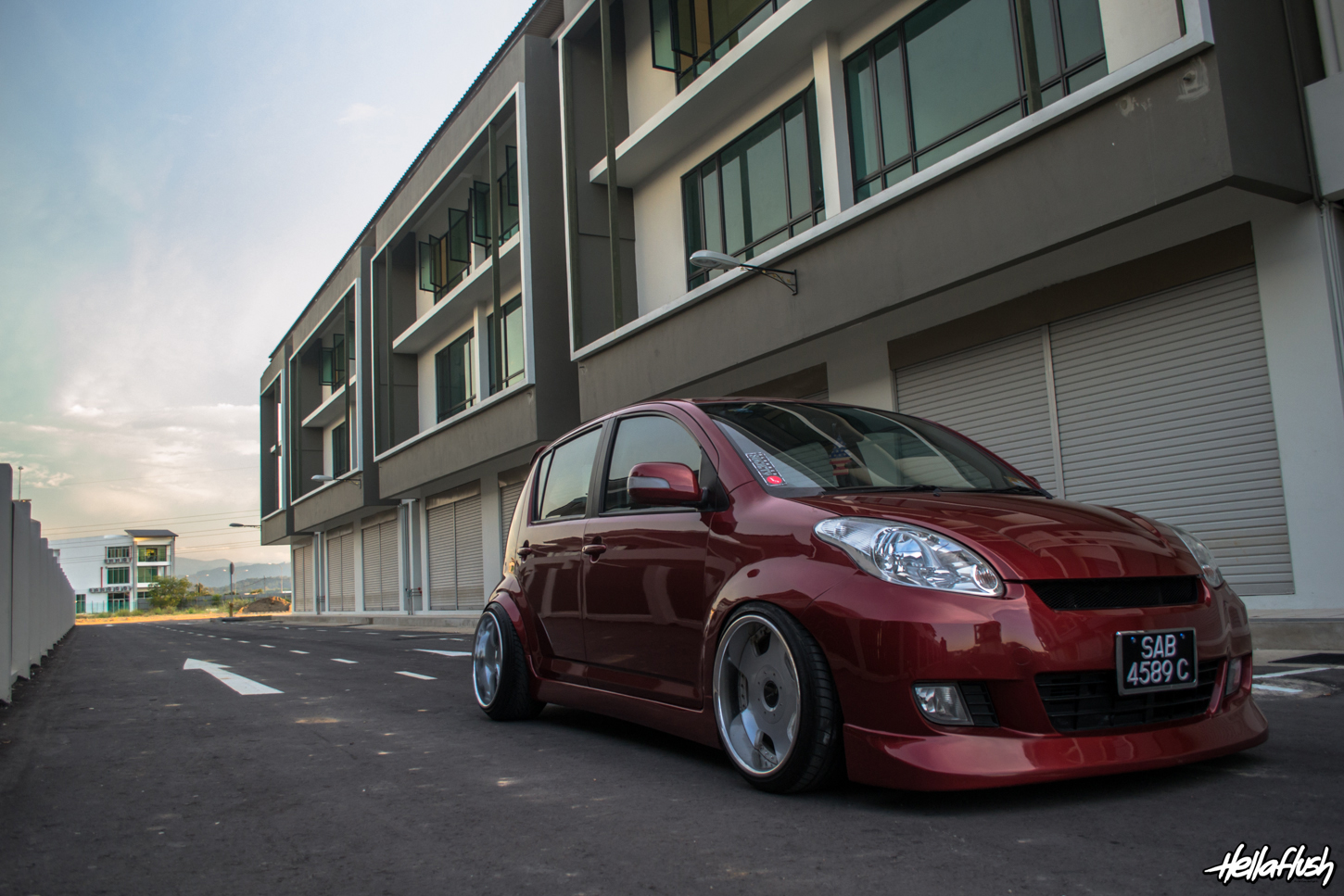 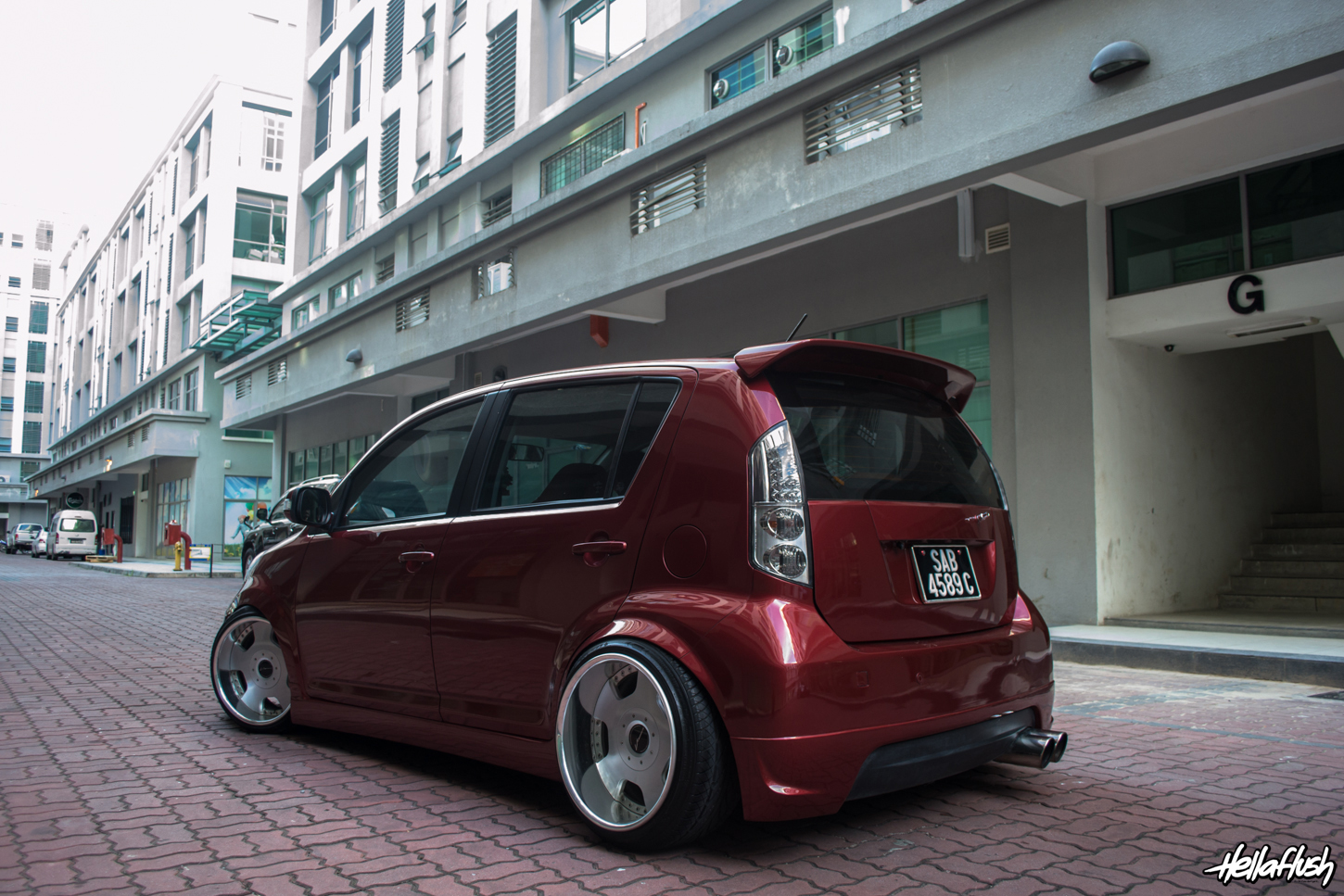 Interior done-up with some panels painted with metallic Maroon BMW color (same color the outside of the car was repainted to), light Brown semi-bucket Bride seats, and Momo Walnut steering wheel. 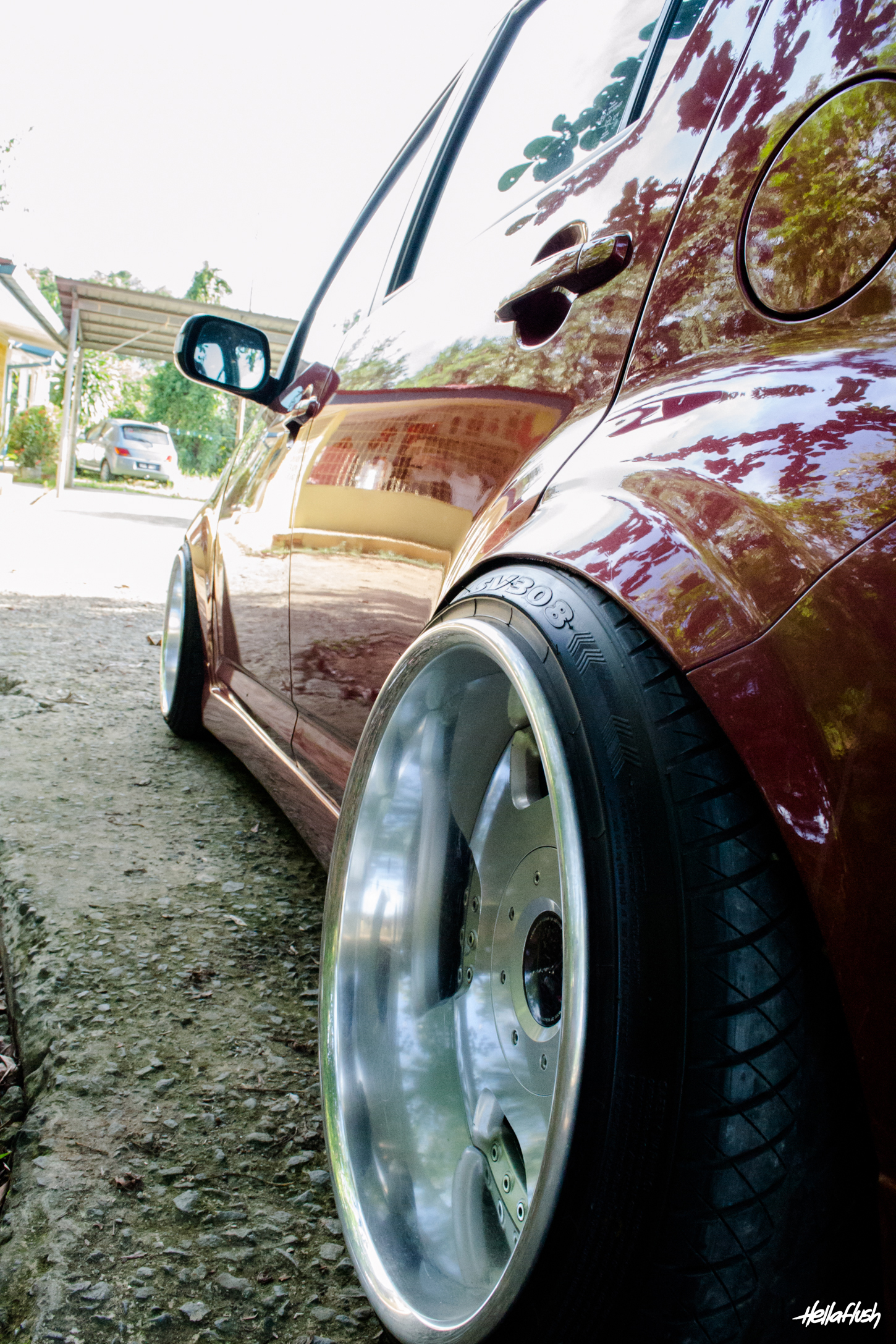 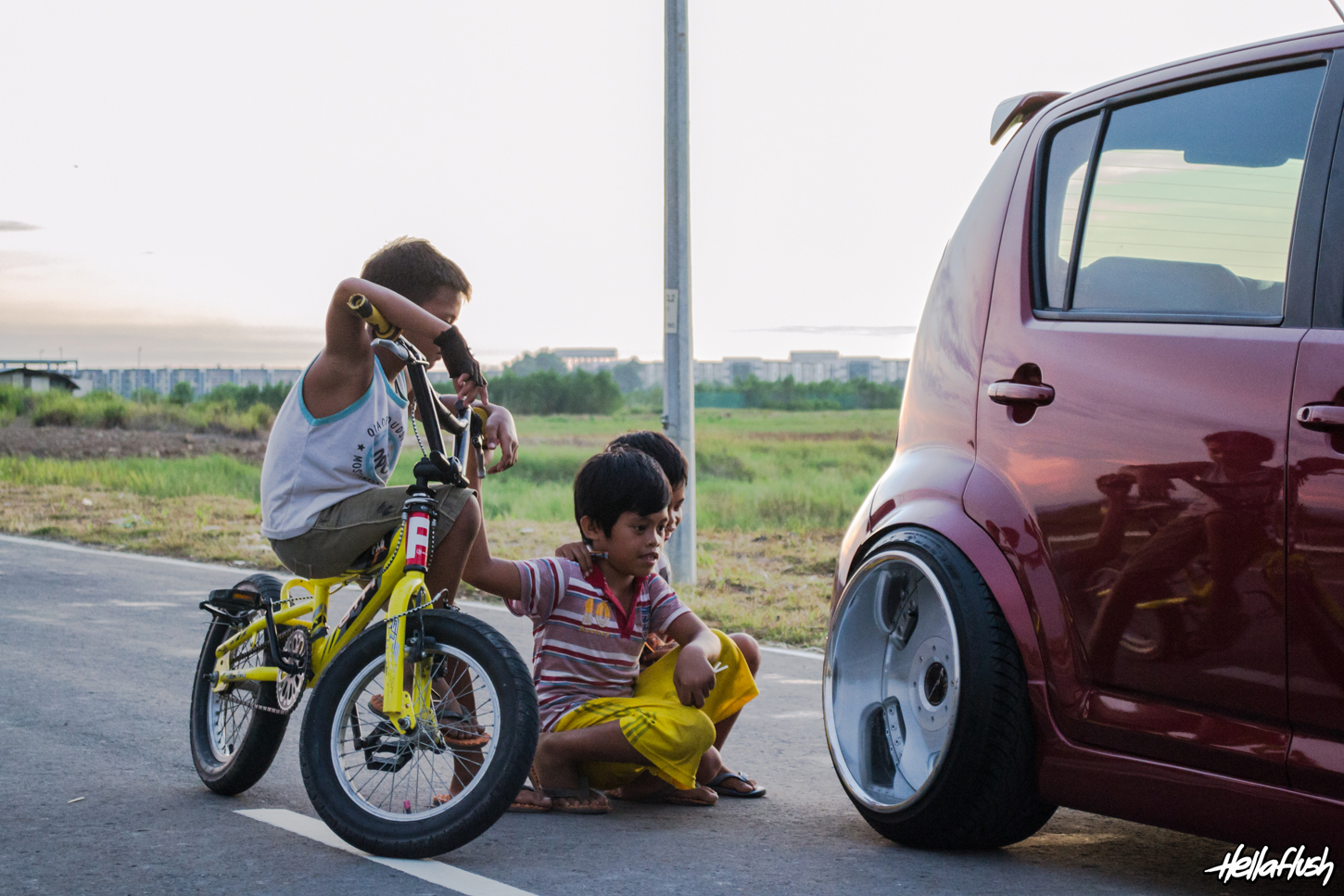 Here we have the local kids admiring Ewin’s ride, probably thinking it looks like their toy cars since they obviously have never seen anything like this before.

Hope you guys enjoyed this unlikely done-up ride. It is awesome to see the unfamiliar. Thanks for sharing this with us Ewin.

Instagram: @ShaviW
Looking to submit your ride to be featured on HellaFlush? If you are interested in being featured please email me at ShaviW@Gmail.com .We take submissions from across the world!