In life you meet lots of people and there are some people that make you think differently. Christian Parkes is one of those people. I met Christian at Nike a few years ago as we launched the brand, Nike Sportswear. It was a tough first project while working there but those types of hurdles help you realize your true calling. 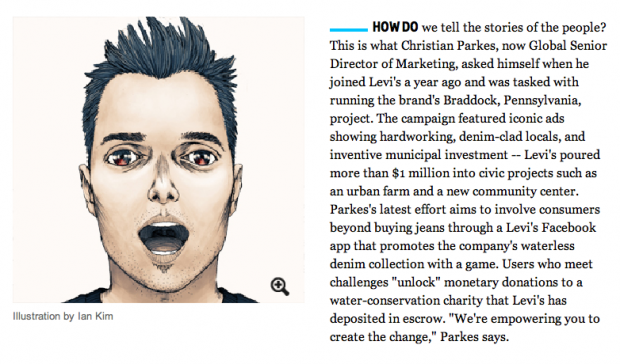 As we both moved on from Nike, Parkes and I rarely saw each other but we texted to see where each other was in the world. When he moved to SF to take a job at Levi’s, I offered to house his 1966 Porsche 912 in the paddock and was also holding some of his more valuable sneakers on one of the racks in the warehouse. We keep in touch but its been difficult as he’s been doing his thing at Levi’s and if you haven’t noticed, Levi’s has been doing its share of moving and shaking and has become the next Nike (as in the place to work at). Lots of movement, energy and tons of fresh ideas have been drawing in talent as of late. Its great to see a local company like Levi’s return back to its glory days.

So to no surprise, I heard Parkes made Fast Company’s top 100 most creative people in 2011. A feat definitely earned but at the same time, being a super focused person and having a brain that continues to work throughout the night, I knew it was coming. Congrats to Christian and sushi on you next time!

Check out a part of his creative process. 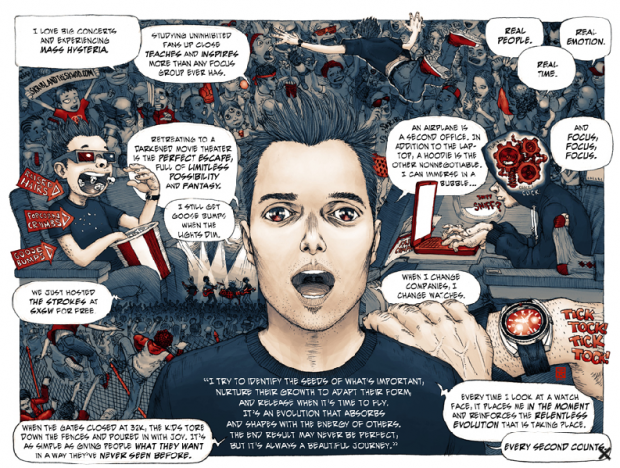