Holden Outerwear has teamed up with The Impossible Project to save instant photography. As a photo enthusiast I wanted to share their goal and vision for this project and do my part. Holden Outerwear is one of the top brands in snowboarding combining street fashion with functional performance apparel. Impossible has been working on new ways to develop and manufacture instant film for Vintage Polaroid cameras to carry analog into the 21st century. Together they are working to make a difference and bring attention to the tradition and craft of analog photography. 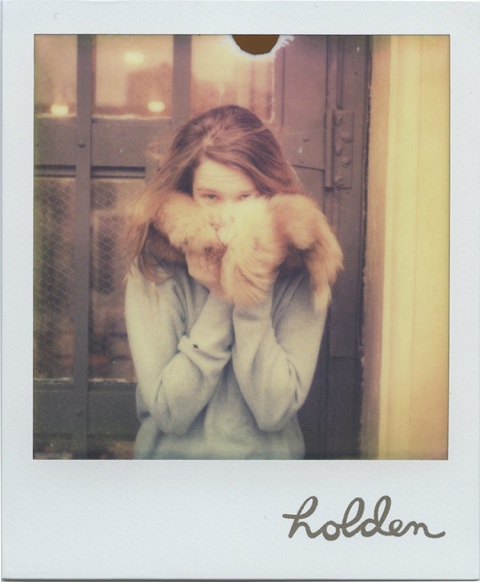 Holden X Impossible will be releasing custom made limited edition Holden-branded Polaroid camera kits featuring one of the most highly embraced cameras by any analog instant photography enthusiast: The SX-70. Produced in 1972, the camera is the first analog single lens reflex camera to use the one-step self-processing film. It is one of the most sought after analog instant cameras and has attracted renowned names like Pop Artist, Andy Warhol and Modern Designers, Charles and Ray Eames. 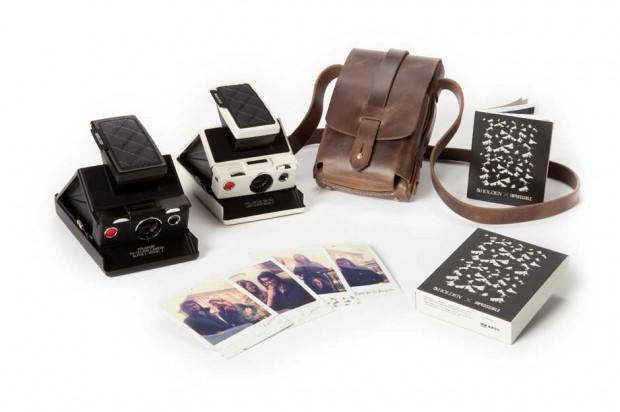 Set to be released in August 2012, the special edition kits will include one leather camera/film bag (designed by Holden, produced by Tanner Goods), one pack of limited edition Holden X Impossible PX70 Color Shade film pack with an ND filter and a custom Holden Polaroid SX-70 camera – all carefully packaged in a handcrafted wood box. The Holden X Impossible camera kits will be available on Holdenouterwear.com, selected boutiques, and at all Holden X Impossible exhibitions. 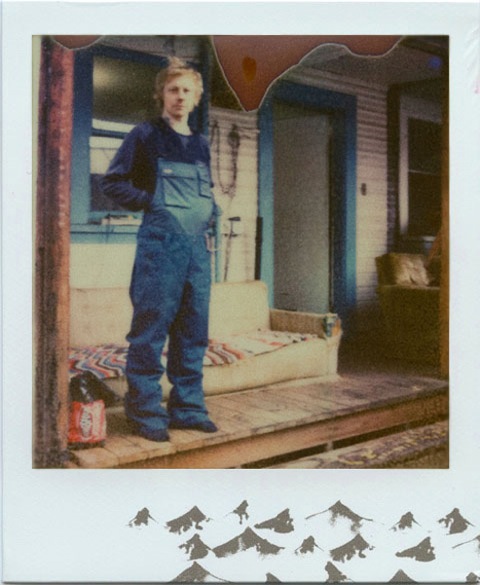 Along with this release Holden x Impossible and media partner Vice present “Timeless in an Instant.” This online competition is open to the public and will run from now til May 25, 2012. Timeless in an Instant invites the public to submit analog instant images for a chance to win the opportunity to be included in four worldwide Holden x Impossible exhibitions this coming Fall with the winner announced on June 1. The exhibitions feature 10 renowned analog photographers including Fatlace friend Yone.

Time to dig up my old Polaroid from storage and bring back the classic instant photography without the use of an iPhone.

More information including the rules and regulations are below within the official press release and visit: Holden Outwear and The Impossible Project.

NEW YORK March 8, 2012 ‚Äì Holden Outerwear and Impossible together with media partner VICE are proud to announce a celebration of analog instant photography with an online competition free and open to the worldwide public. Officially launching today March 8, 2012 through May 25, 2012, Impossible will host the online competition as part of a yearlong collaboration with Holden. Timeless In An Instant invites the public to submit analog instant images for a chance to win the opportunity to be included in four worldwide Holden x Impossible exhibitions this coming fall featuring ten renowned analog photographers (more information on prizes below). The grand prize winner will be announced June 1.

Rules & Regulations:
Entries must be shot with¬†Impossible integral films¬†using a Polaroid camera. ¬†
Entries cannot be digitally edited in any way (color, brightness, etc).
Entries must be 72dpi and at least 800 pixels wide.
Entries may be submitted at http://www.the-impossibleproject.com/projects/timelessinaninstant/.

Timeless In An Instant Exhibitions:
To activate this collaboration, Holden chose 10 well known photographers to use Impossible film to shoot and capture their vision of an independent lifestyle through analog instant photography. The photos will be traveling in an international exhibition throughout Impossible galleries worldwide as well as other prestigious spaces to be announced later this year. Selected images will then be used to create a limited edition Holden x Impossible tee shirt collection, available at Holdenouterwear.com, selected boutiques worldwide, and all Holden x Impossible exhibitions.

Allessandro Simonetti moved in NYC in 2006. He’s part of the first generation of Italian photographers sensitive to documenting the HC Punk, Hip Hop and Italian skate scene in the early 90’s. He currently lives in NYC.

Andy Wright mostly shoots in or around the snow. Frozen moments are his life. Crappy puns are also his life, but they don’t pay as well. Andy lives in Portland, Oregon.

Angela Boatwright has worked her way into major campaign ads for Roxy, Converse and Urban Outfitters among others. Her profound passion for up-and-coming artists–backed by years of experience as a creative director and photo editor–result in her producing countless magazine features, special projects and art shows.

Brandon Long is a man of few words. But the most important words he does know are as follows: The Only Magic Left is Art and nothing on Earth can hold it a prisoner.

Bryce Kanights is a native San Franciscan that picked up his first camera as a teenage skater in the mid 70s and later emerged as one of the bay‚Äôs first pro skaters. His dedication to skateboarding and his photography has profoundly helped to shape its culture and progression over the past three decades.

Jimmy Fontaine got his start shooting friends in the skate, snowboard and punk scenes in Southern California. He relocated to New York in 2005 where he has since focused on fashion and music/celebrity portraiture.

Kassia Meador started traveling the world searching for all the raddest waves in the grooviest places…Traveling brought her to taking photos and she loves being on the road keeping all her memories imprinted forever on film!

Kevin Zacher received a degree in Photojournalism from Northern Arizona University, but actually spent more time snowboarding and shooting his friends snowboarding than studying. He captures the sport’s character and essence like no one else, believing in hard work, collaboration and positive energy.

Vincent Skoglund was one of the most published snowboard photographers in the world in the 90s who now loves to photograph trash and nature. He is an avid photography collector, chess player and climber.

YONE is featured as the only artist who uses Checki, a small Polaroid style camera as his main piece of equipment. In 2008, Yone expanded his work into the realm of contemporary arts with an invitation to exhibit at the prestigious Barry Friedman Gallery in Chelsea New York.