Together with Trilogy Boutique we opened up Illest Manila inside Glorietta 3 in Makati. It’s a store inside a store which features a few designs made only for the Philippine market. In the coming months we’ll be leveraging our design team out in Manila to create products not only for inline but for global distribution. Here’s some photos of the event. 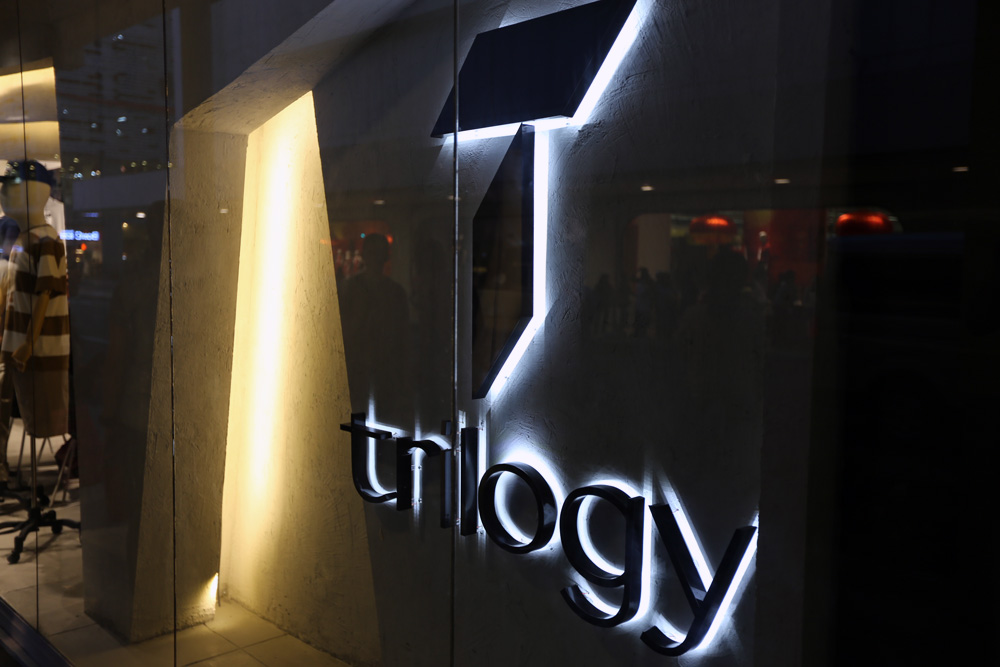 Trilogy is the main store with Illest, Hellz Bellz/GPPR and Crooks&Castles having their own popup shop. 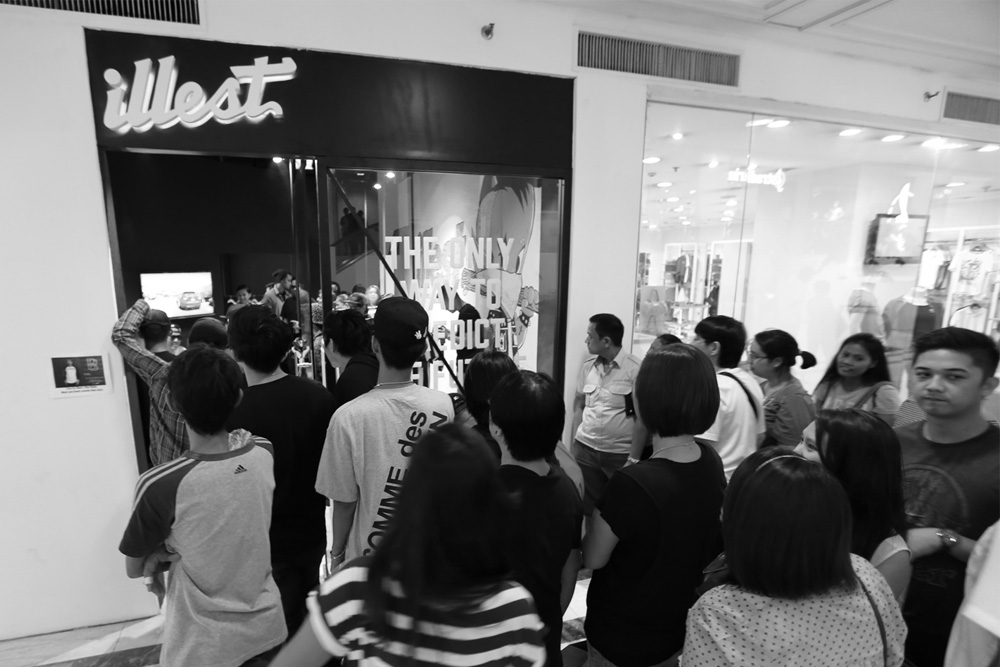 Whoa! A line outside the store during the grand opening. 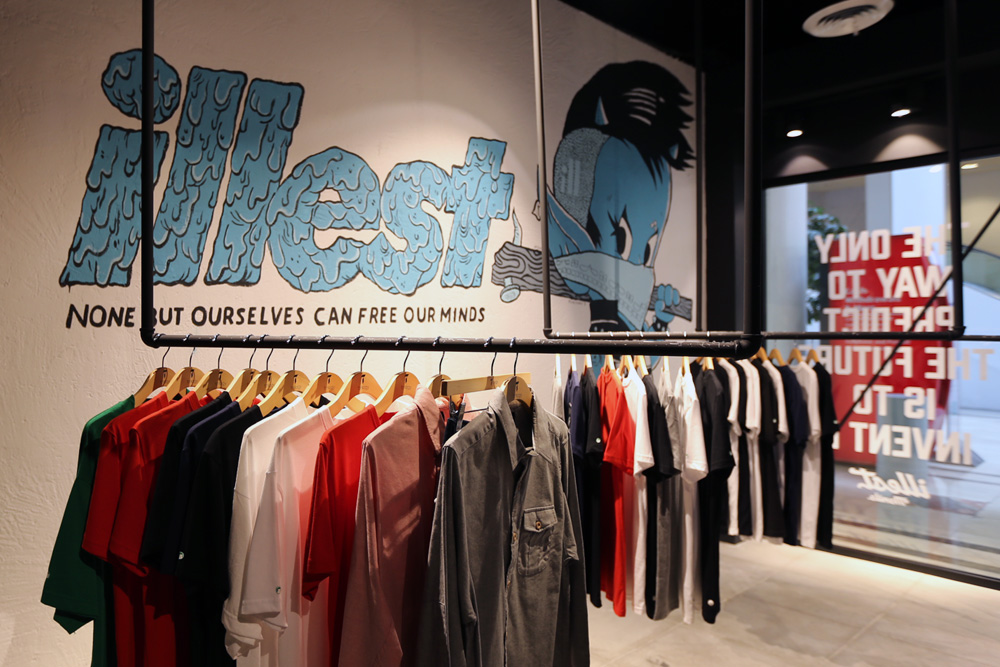 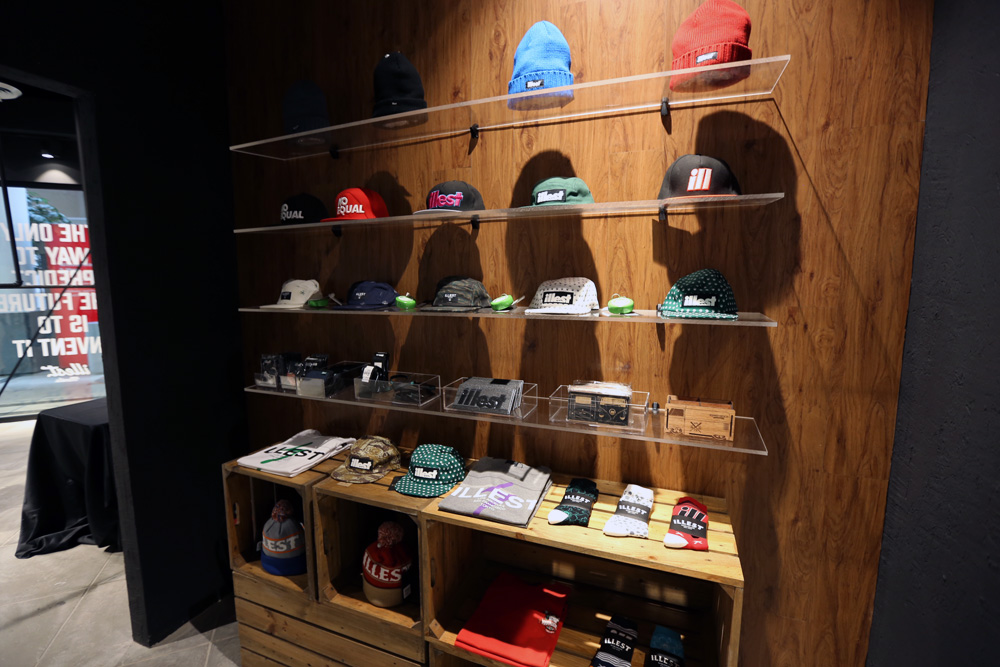 We brought some products stateside to make the store feel alot more full. Thankfully the team at Trilogy was able to get things all settled in time for the opening. 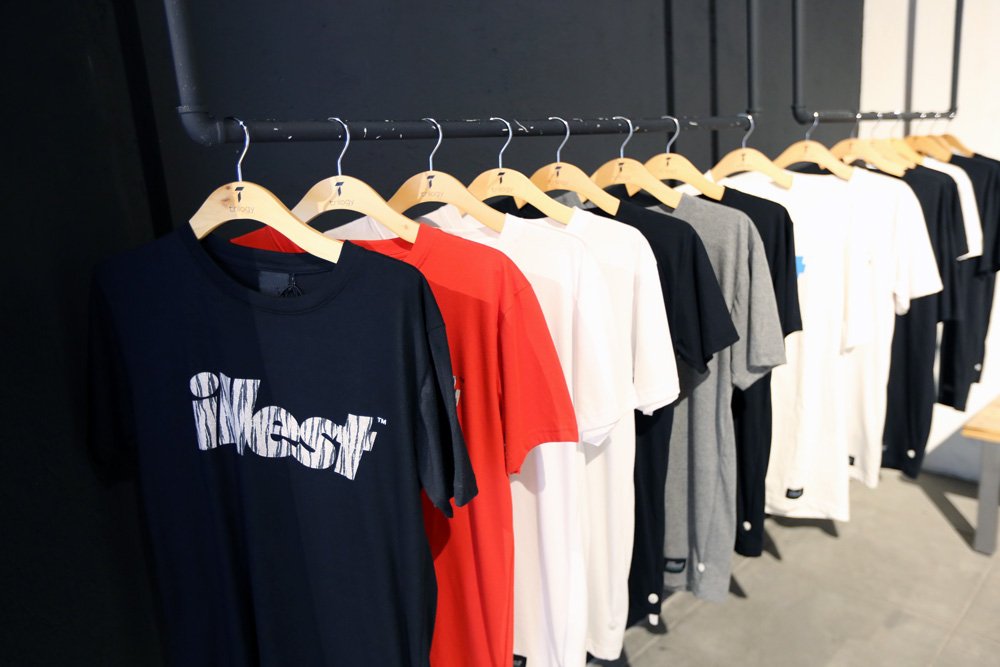 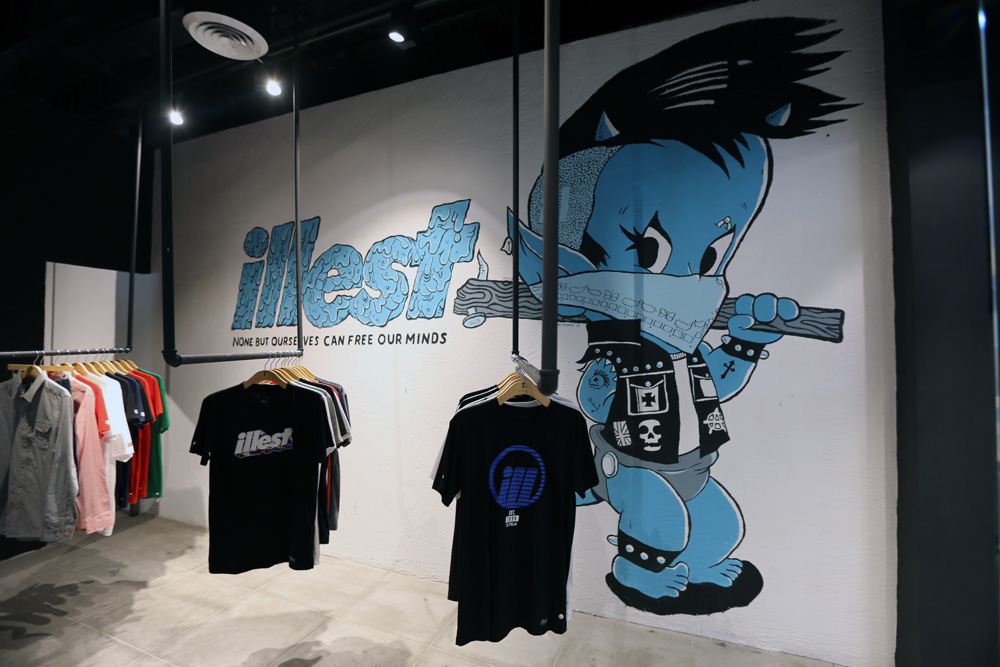 Completed wall. A special limited edition shirt will be produced for this in the next coming week. 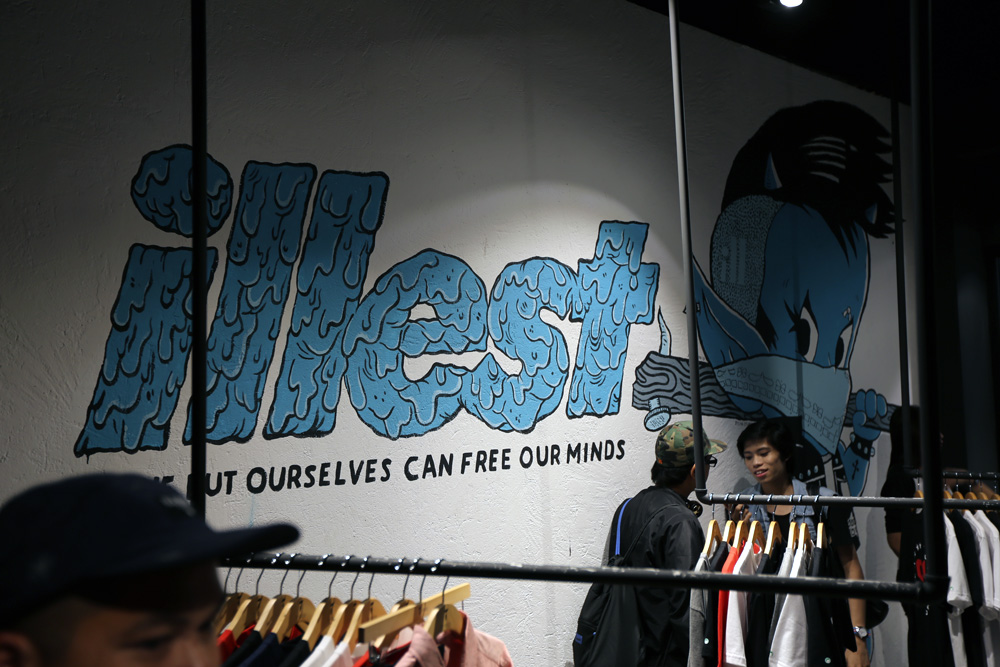 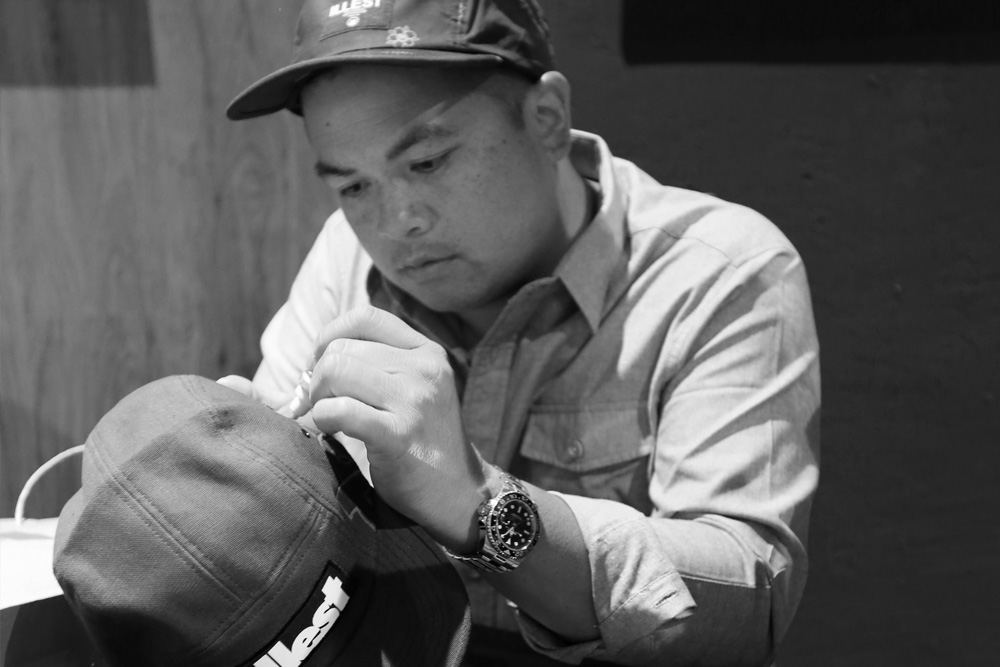 Asked to tag on some caps. Miss doing this stuff. 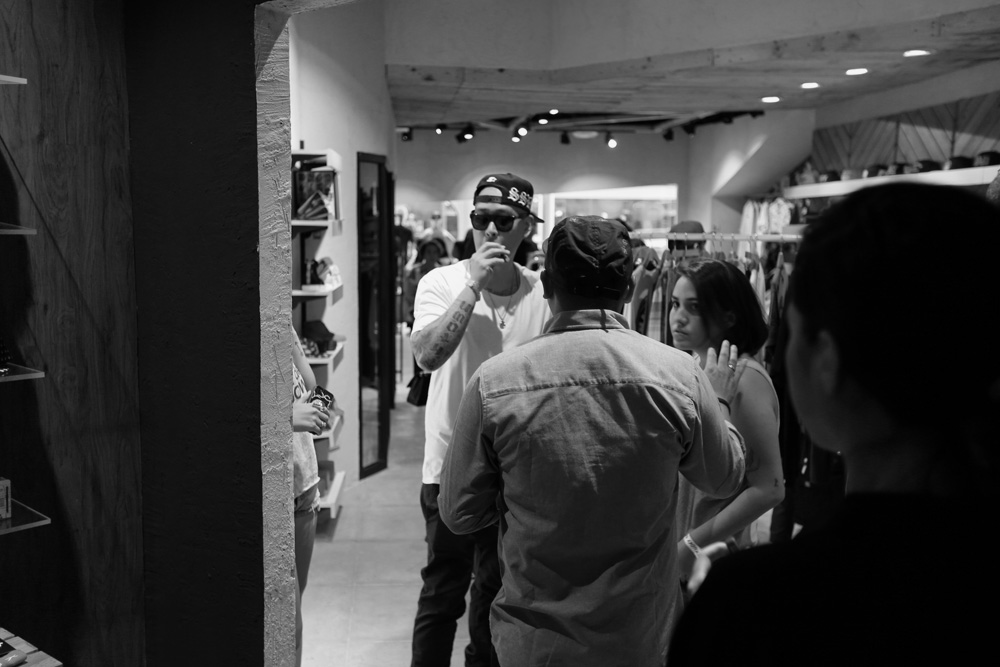 Ben Baller walked in for the release of his collaboration which featured, iPhone Cases, Tanks, Tees, Polo’s and Caps. Expect to see it online soon. Here I’m talking with Coco and Ben about what was going to happen for the day. 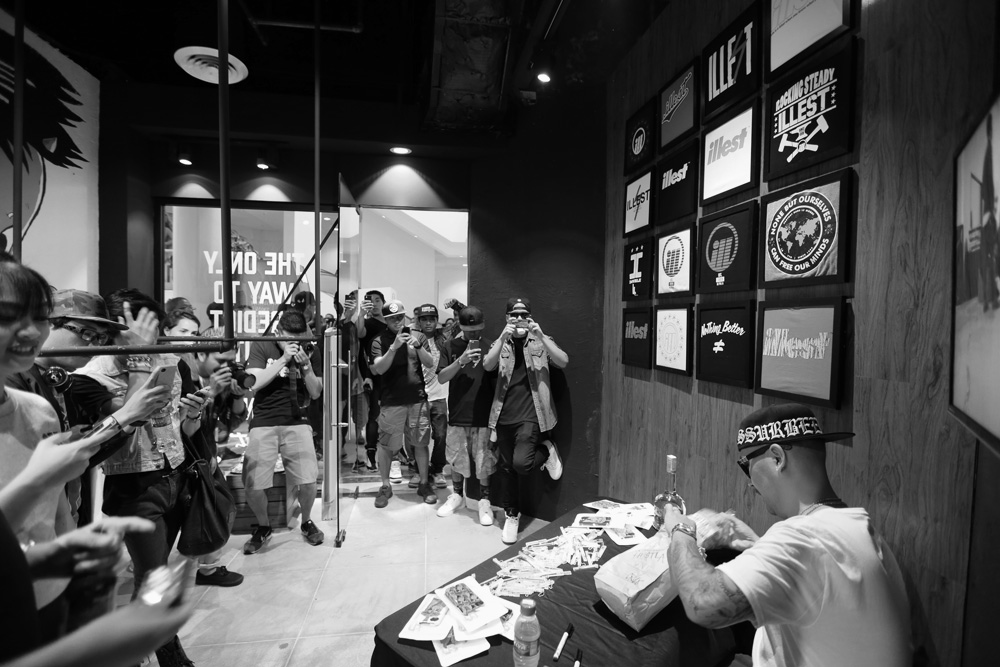 Quite a fanbase for Ben here in Manila. 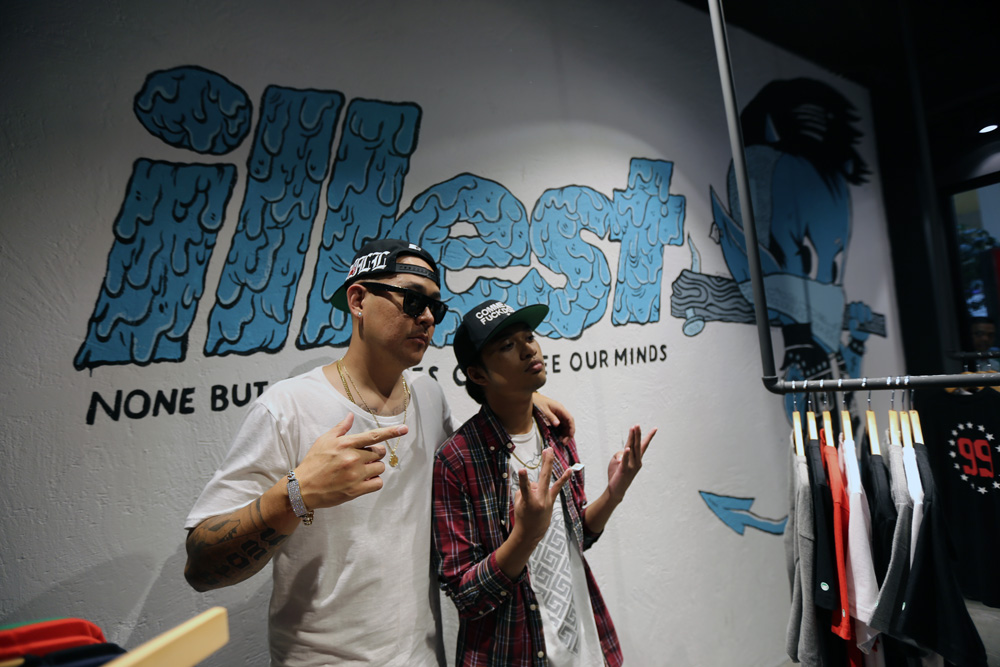 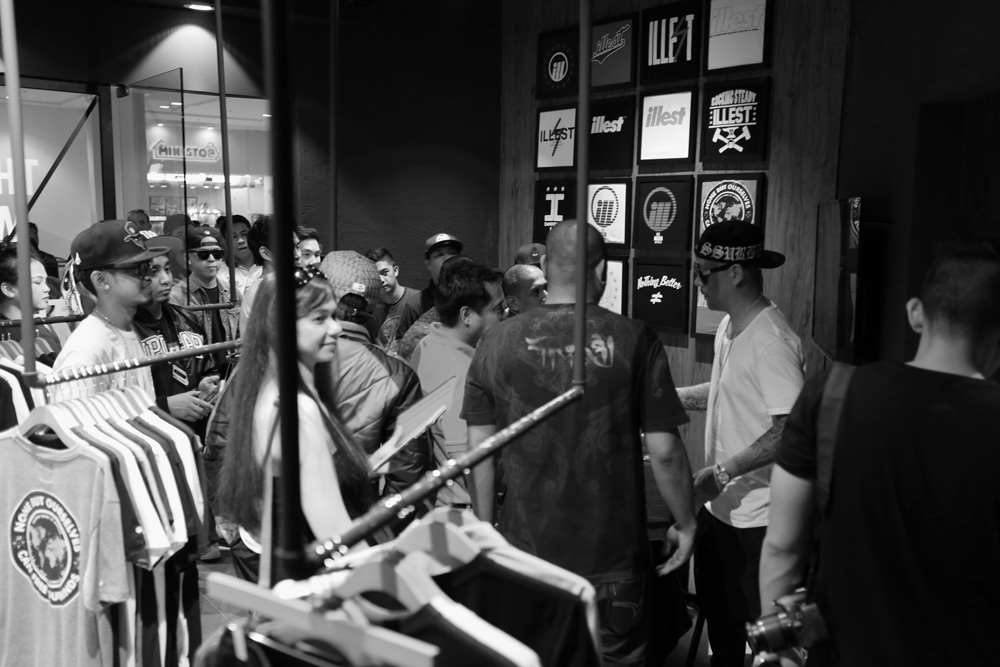 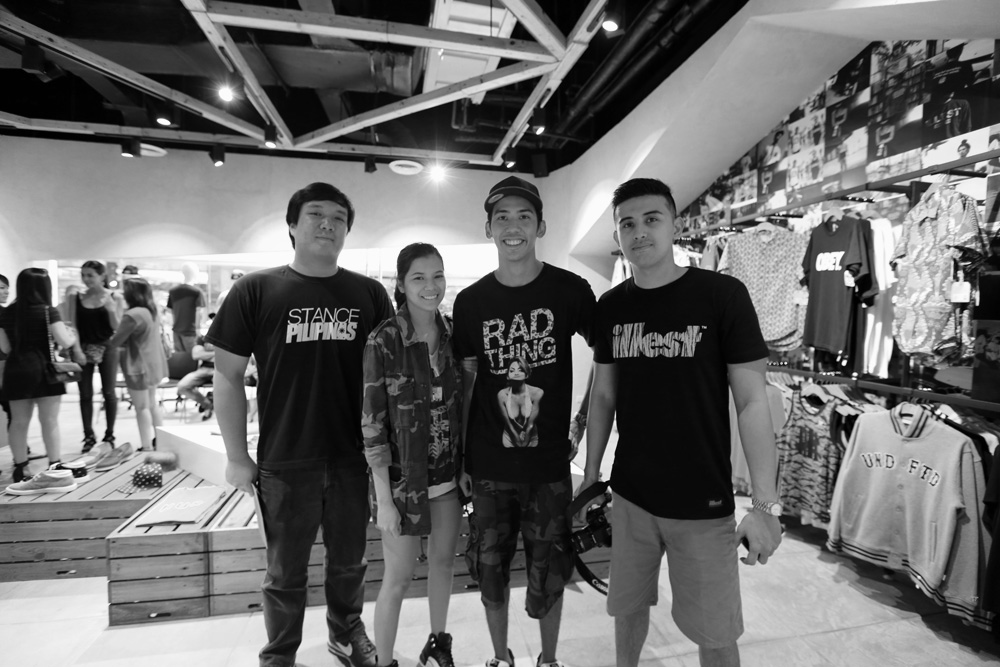 Kevin Carlos and the Manila Fitted guys cruised by for the opening. 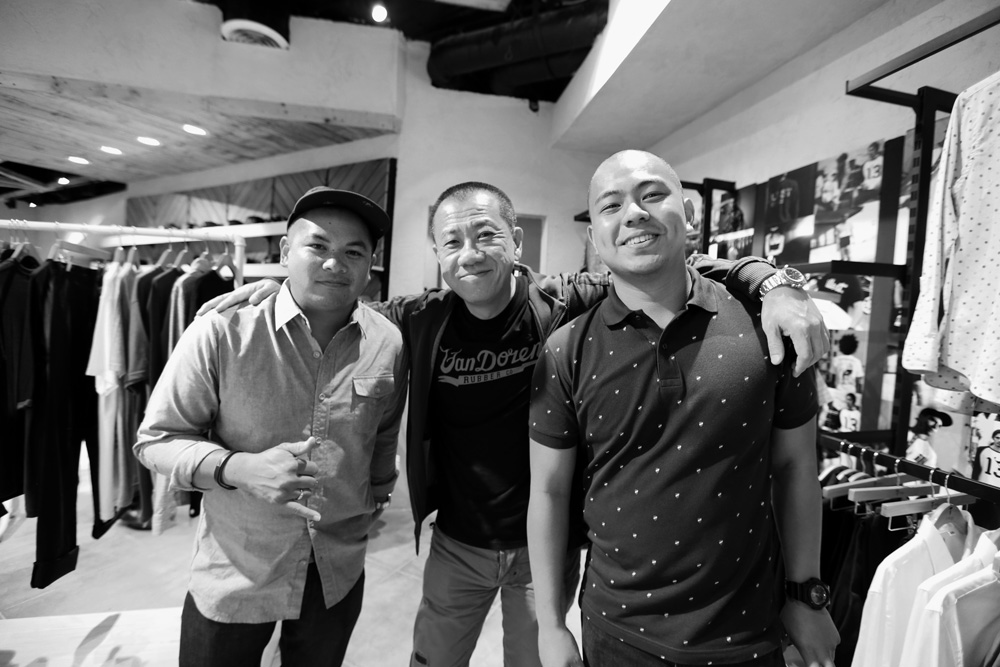 Took a shot with Victor and good friend Brian. 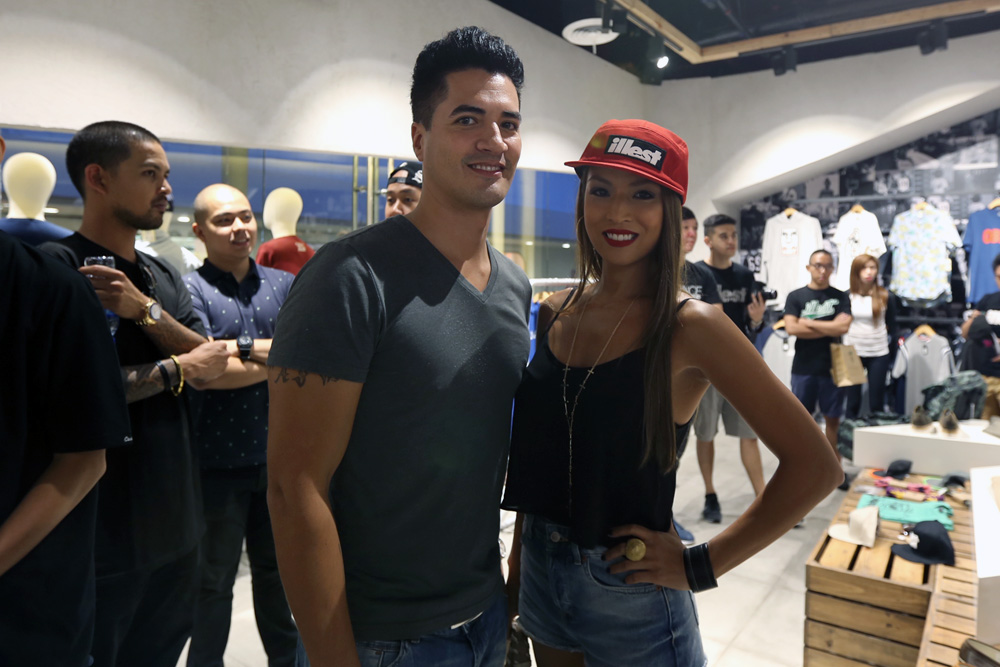 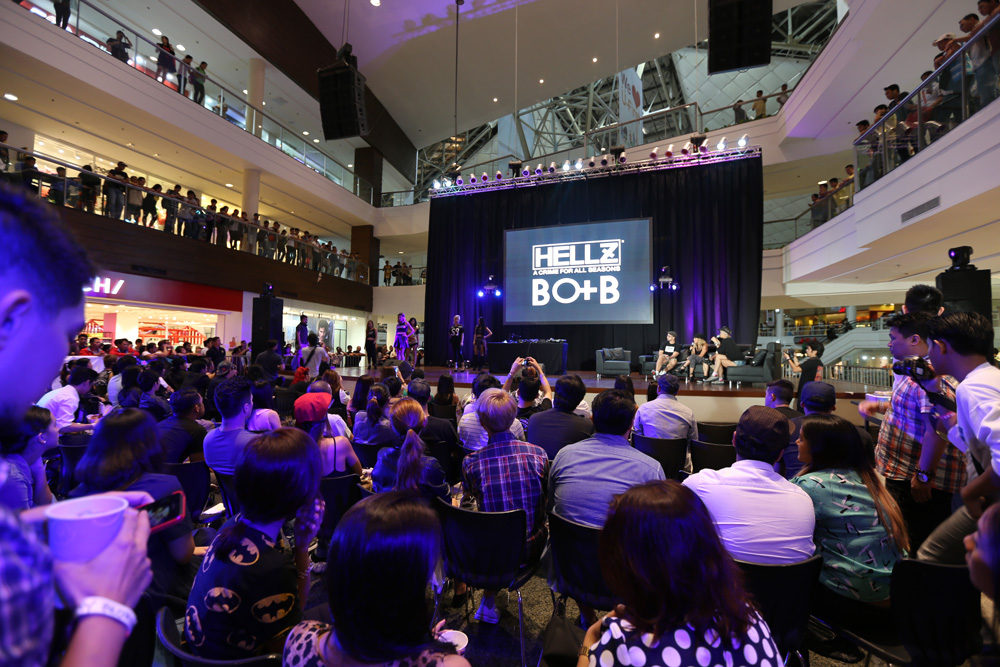 Trilogy Shut the mall down for some performances as well as a Q&A from the 3 brands. Lani & Bam were first up and talked about the brands history with host KC & hostess Saundra. 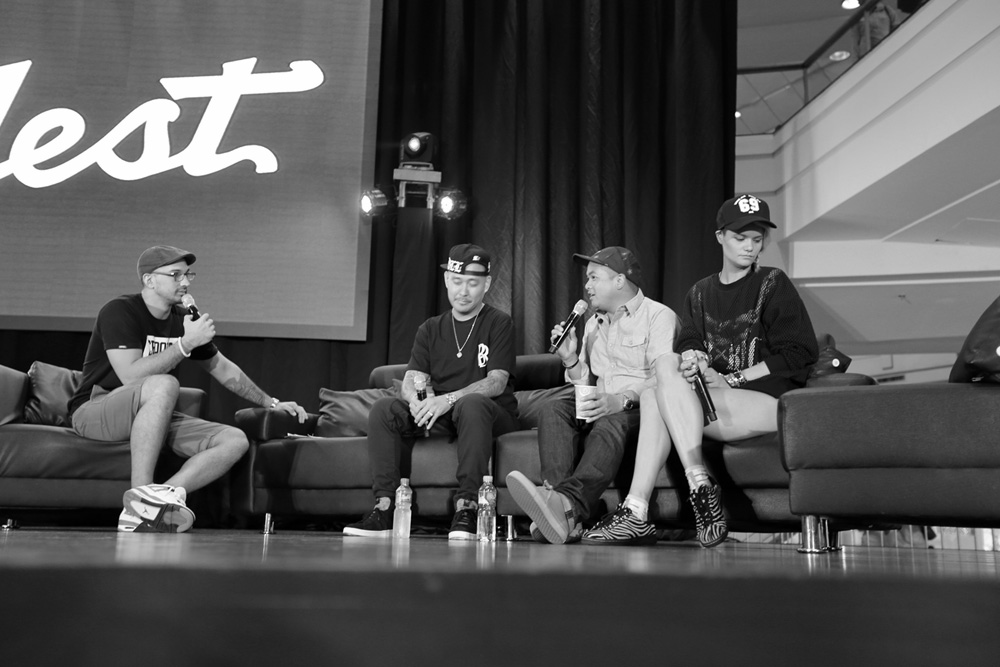 I was up next and then Ben joined us on the stage. 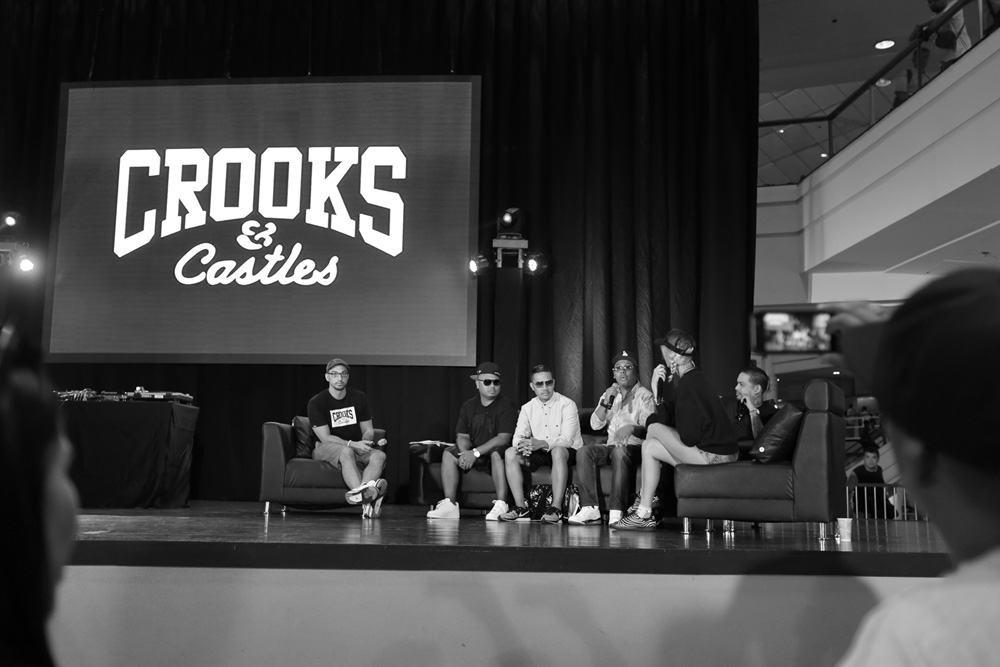 And finally the founders of Crooks & Castles took the stage. Patti brought out some cupcakes. Illest ones were made of peanut butter. 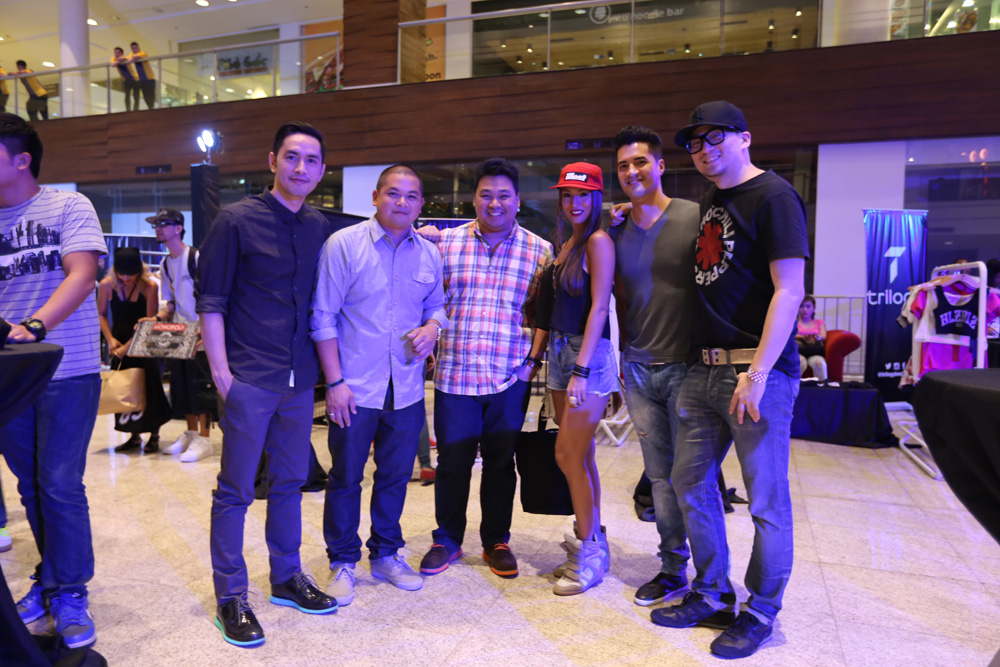 After we took some photos… here with my cousin Rico Blanco, Chef Edward of Pino, Troy and Aubrey. 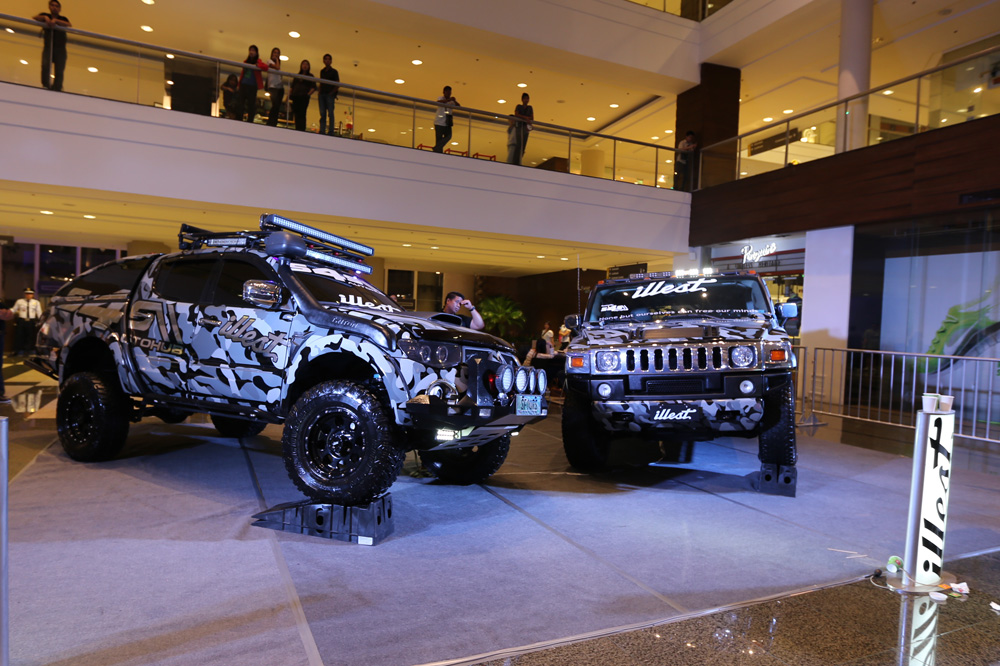 Some nice Illest wrapped SUV’s were on display. 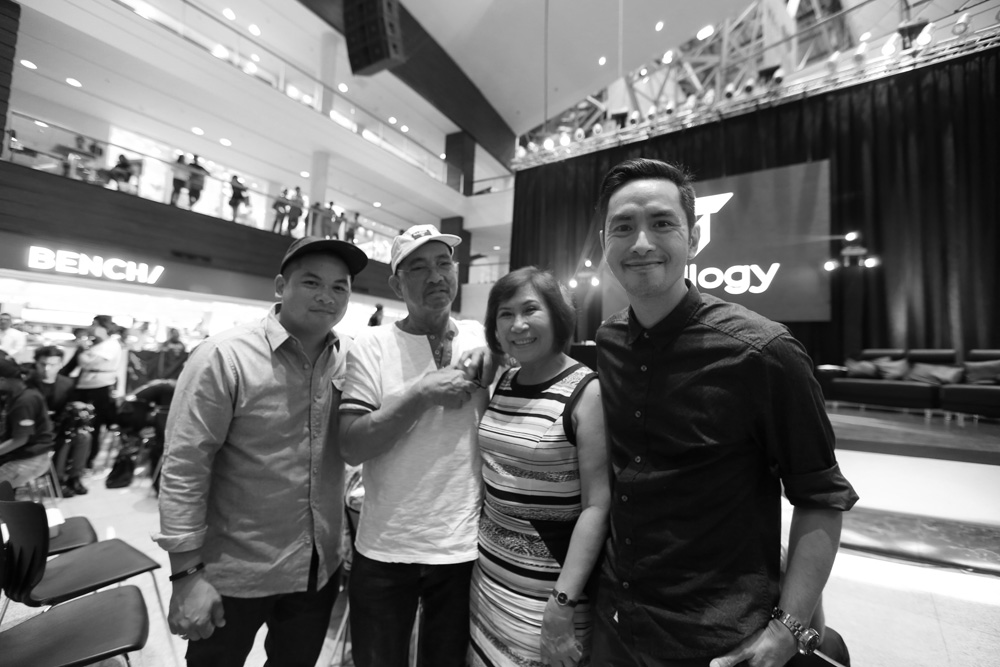 My parents came out for the opening and so did cousin Rico. The homie, DJ Skratchmark was on the one’s and twos. A ton of people came out to support the opening. Illest Manila inside of Trilogy. Roll Thru.
Glorietta 3, Makati, Manila

Thanks again to everyone who helped the release and opening of the stores. See you guys in Manila soon.