Last week I heard Drake was performing at a secret location.  His agent told me he was to perform at midnight in an abandoned building on Labrea.  Right away I knew that it had to be the mysterious MBW Lab. 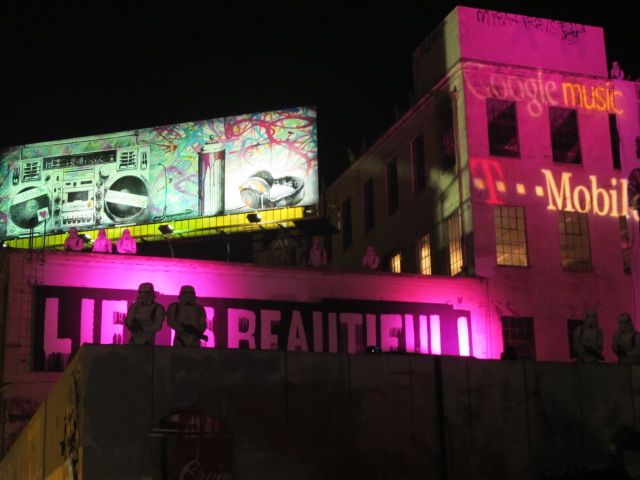 This secret fortess was brightly lit and guarded by storm troopers. 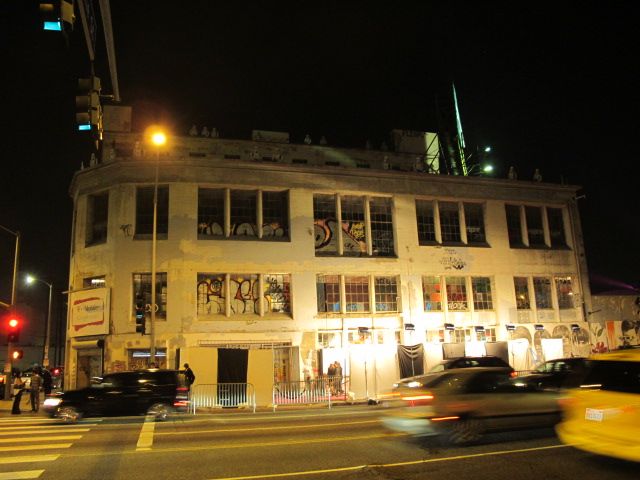 We all have been driving by this building for months, slowly seeing the signs of the rumored Mr. Brainwash show. 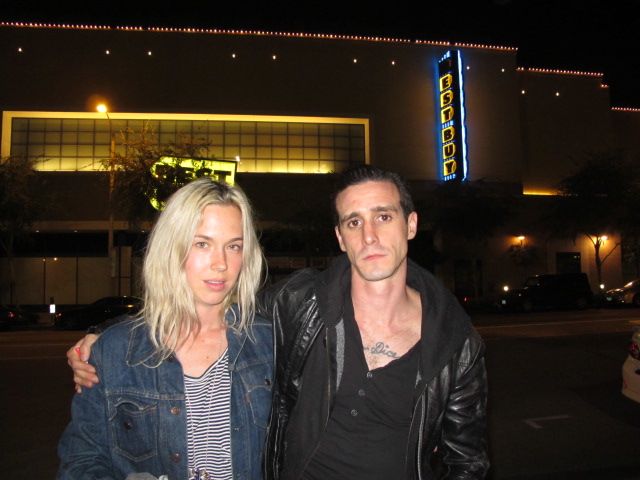 It’s James Ransone and his beauty.  Last awards season I set PJ up with an audition to accept Banksy’s Academy Award for Exit Through the Gift Shop.  It was to be a gag to see if Banksy would really show his face or not.  PJ didn’t get the role and Banksy didn’t win the Oscar.  Both disappointing events. 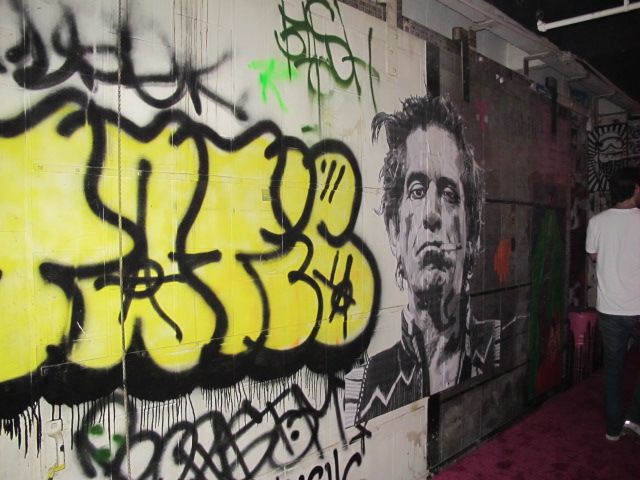 Inside MBW Lab was a wheatpaste of Keith Richards.  No one ever said Theirry was original. 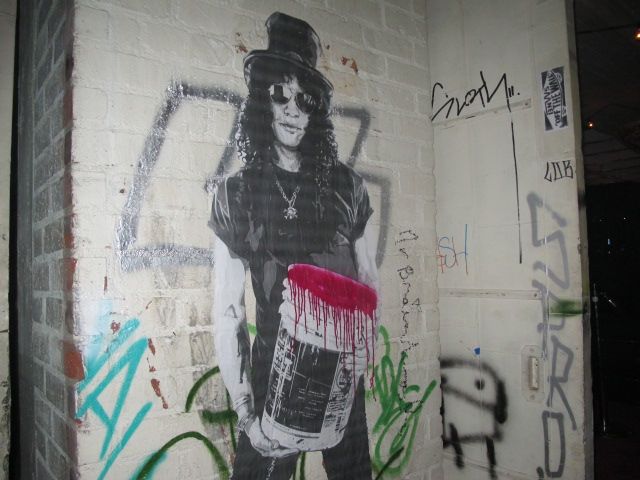 Around the corner was the second biggest guitar player and (ex) drug addict – Slash.  The red paint didn’t scare me. 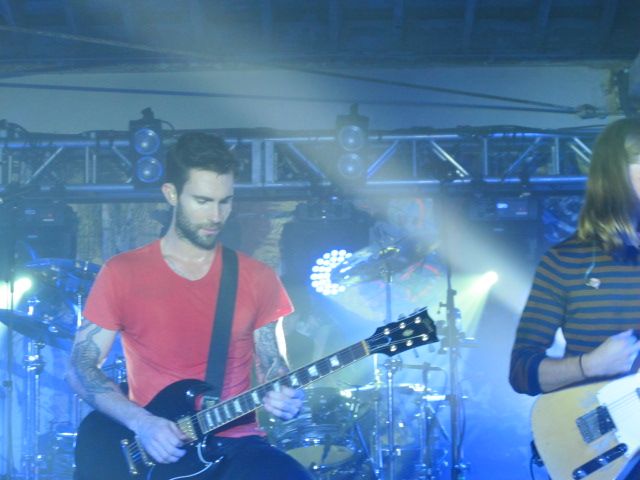 Adam Levine was serenading me.  He told me I had on a nice sweater and great hair.   SO…. I don’t really care if you think Maroon 5 is queerer than fireman. 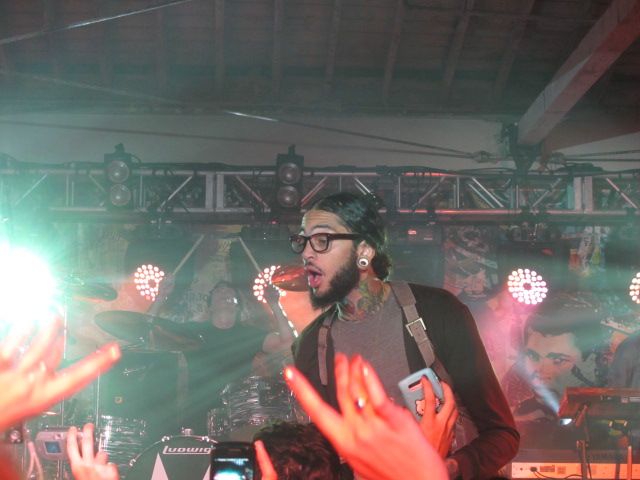 Now Travie McCoy seems to be a little confused with his look. Hipster meets banjo player, with a thin under layer of bad boy. 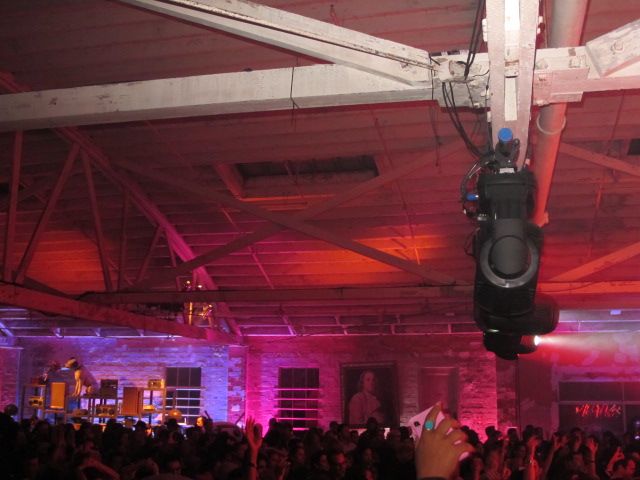 I haven’t been to a party with this pretty of a crowd in a long time.  I didn’t see “one” looser.  He must have been getting drunk some place where he had to pay for his drinks?? 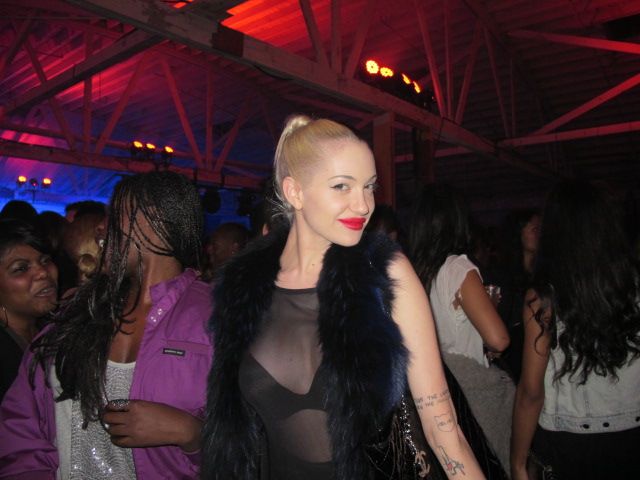 I knew I would see her again and I am sure it won’t be the last.  I absolutely love this girl. 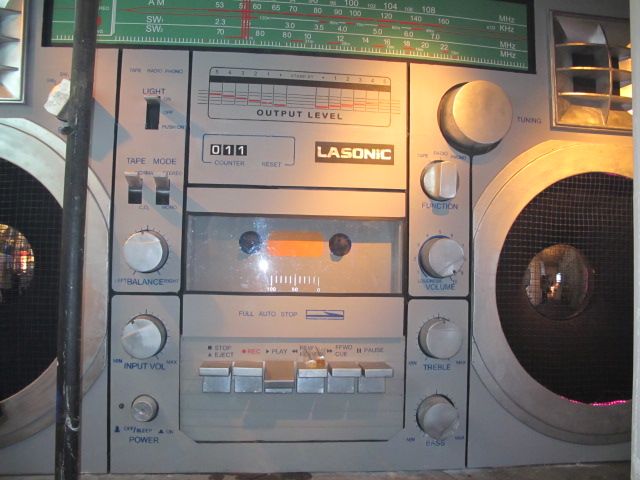 I don’t get this – but it actually was a working part of the sound system – or is it art? 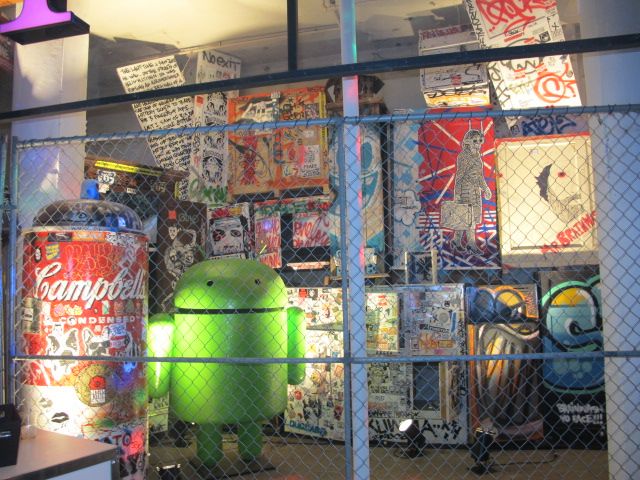 Little signs of what is coming for the MBW exhibit? 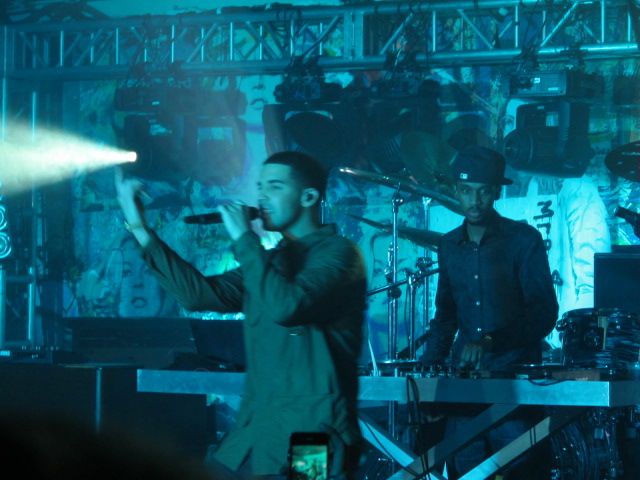 Drake took the stage next, but I couldn’t find my girl Serena. 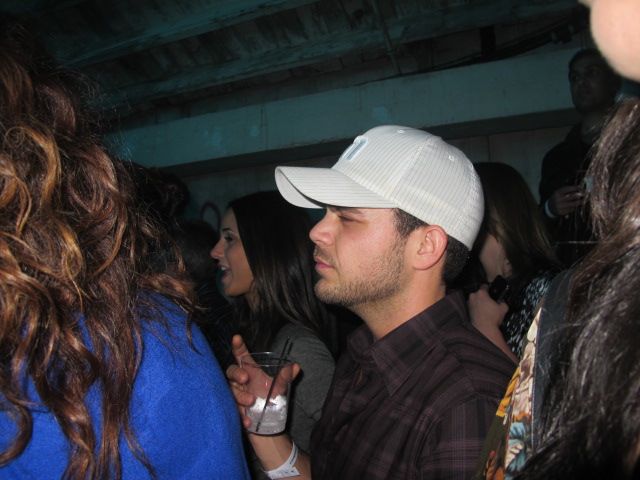 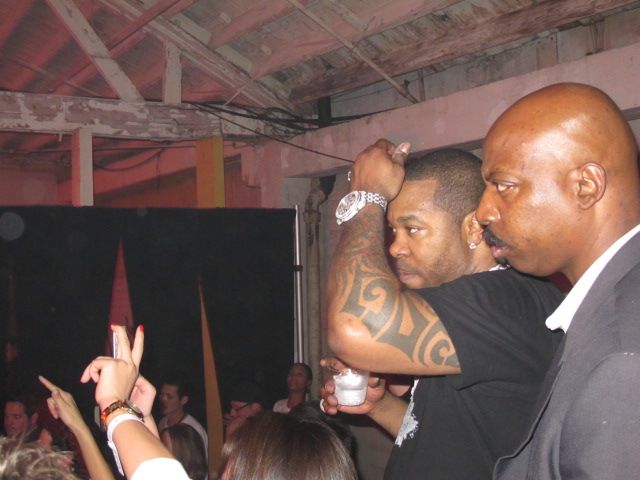 Busta Rhymes and his hired bodyguard to protect him from Q-tip. 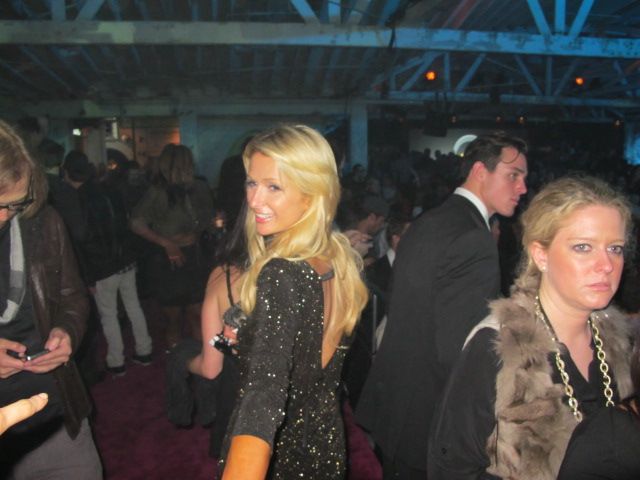 “Hey Bitch” – is Paris’s original line, Britney stole it from her.  That’s how Paris would greet us as we arrived at her after-hours house party on Queen. 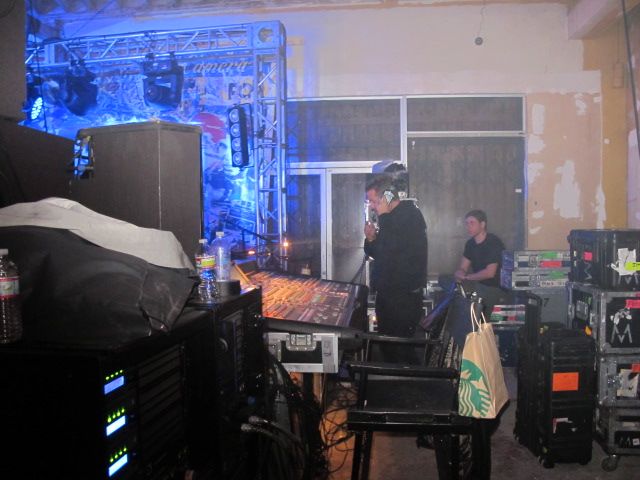 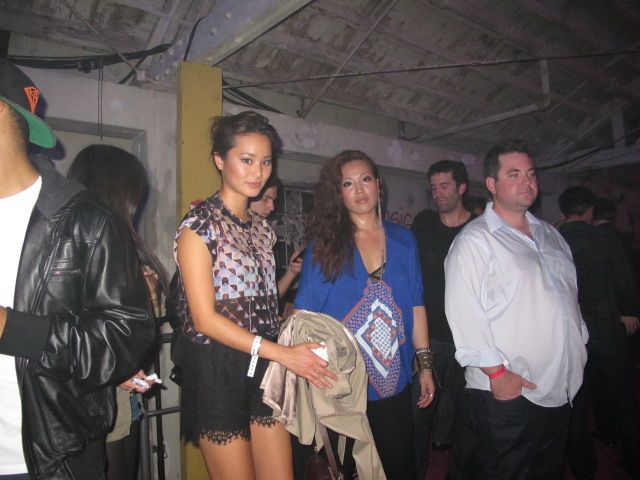 I love Jamie Chung.  I styled her before when. 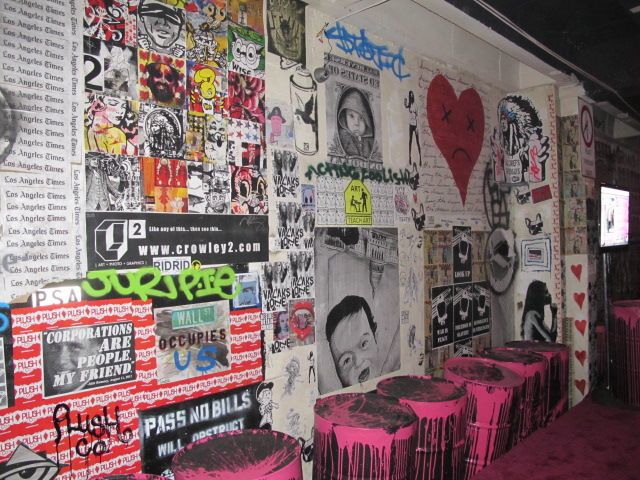 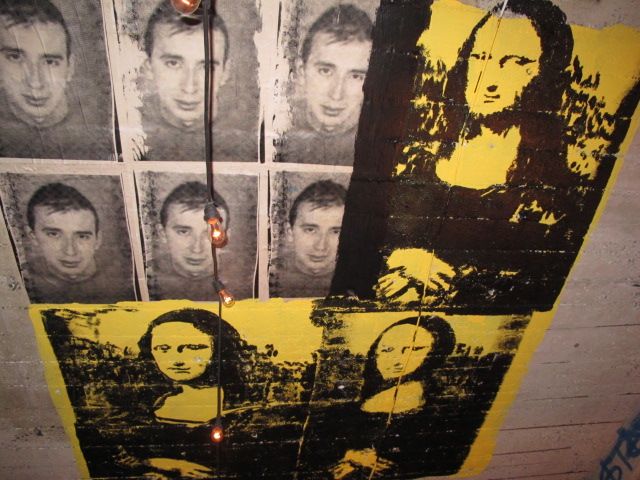 Are they trying to make us think they are really dating?  Or something is wrong with the photo-booth picture strips? 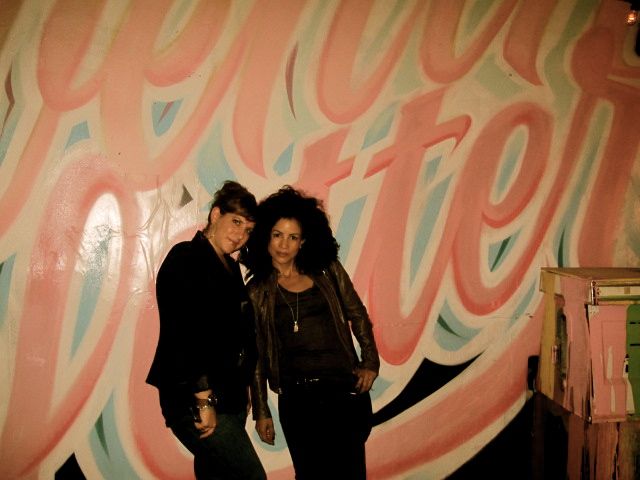 Lara B Good is sweeeeet!!!!  Timing is everything. 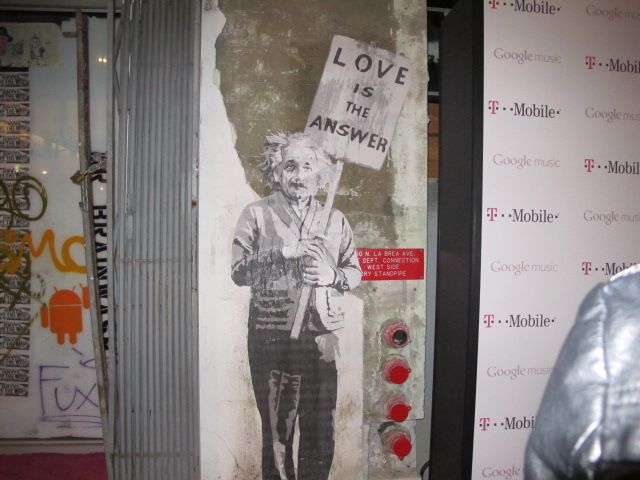 3 thoughts on “Inside Mr. Brainwash Lab”